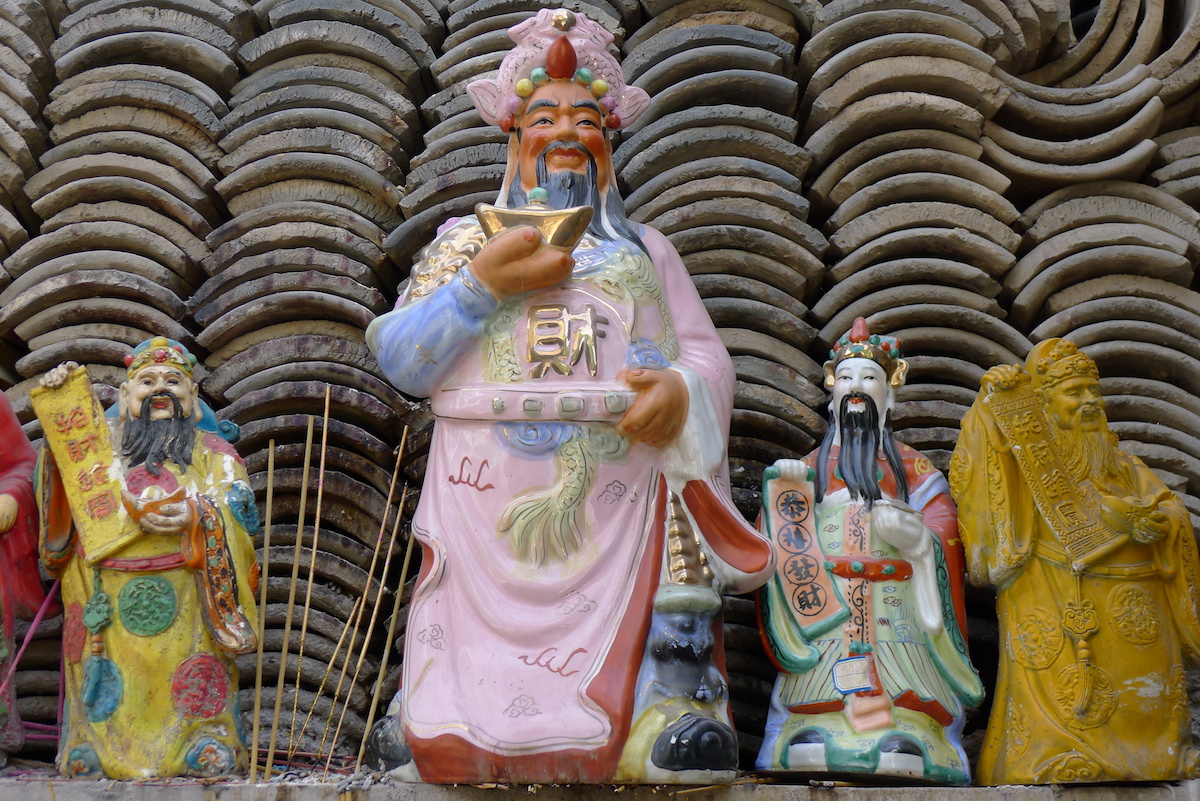 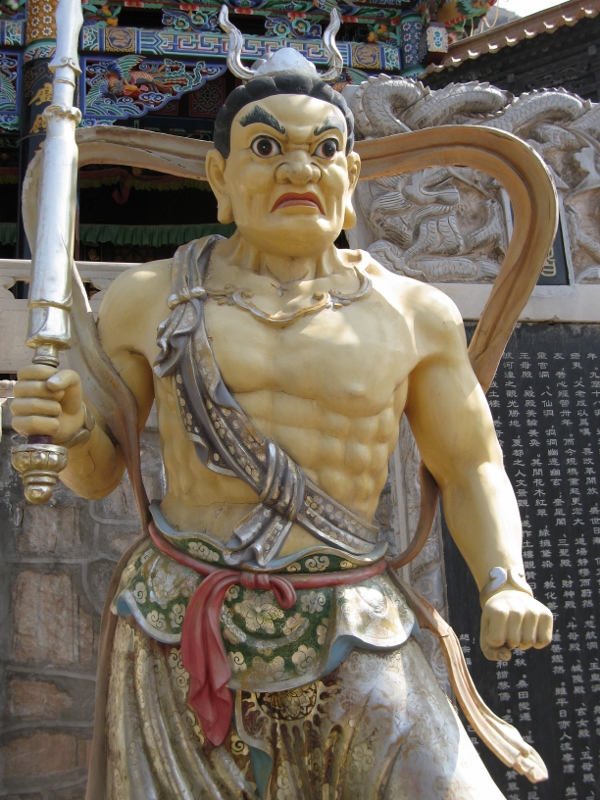 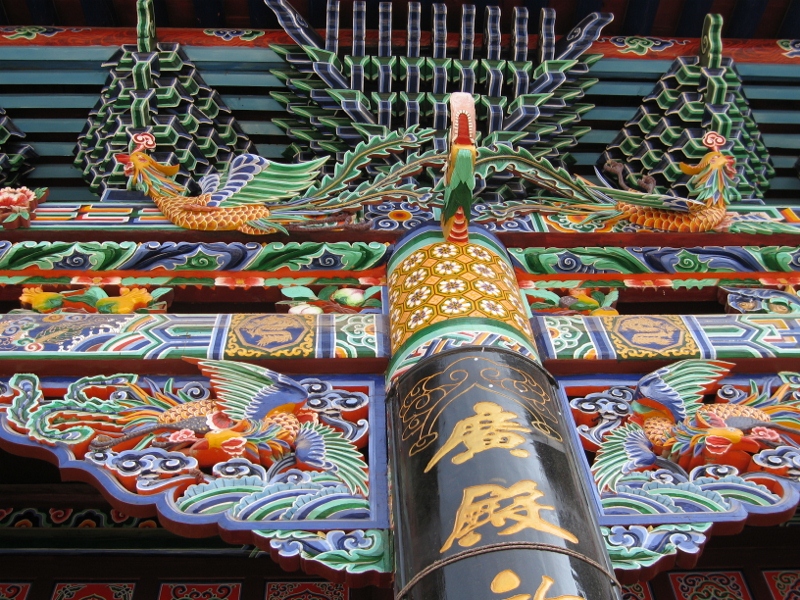 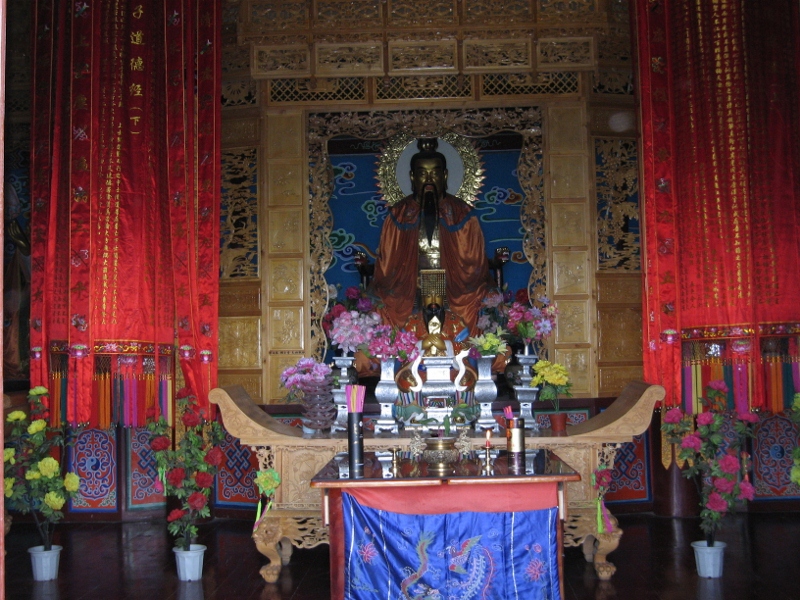 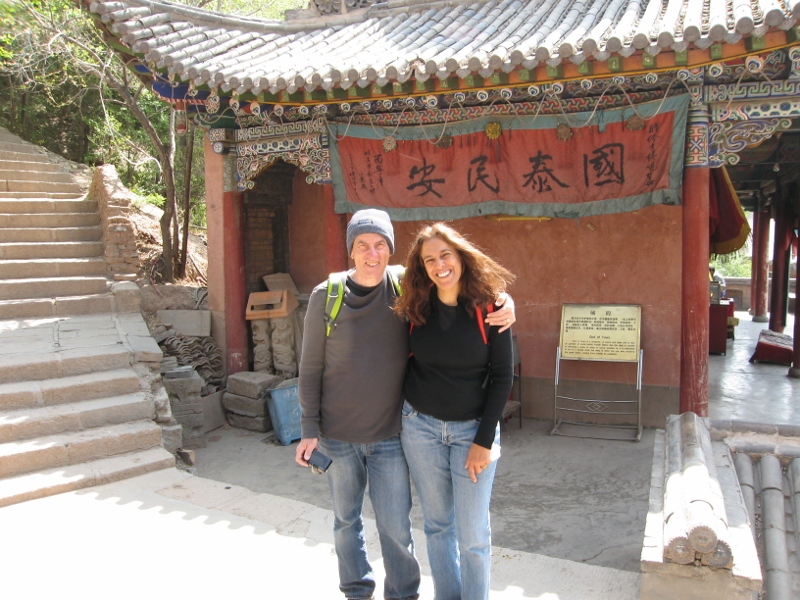 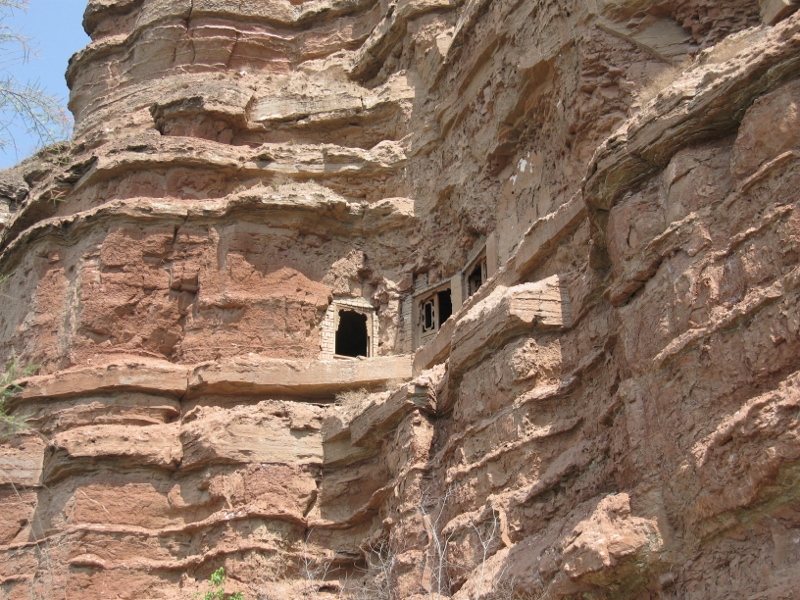 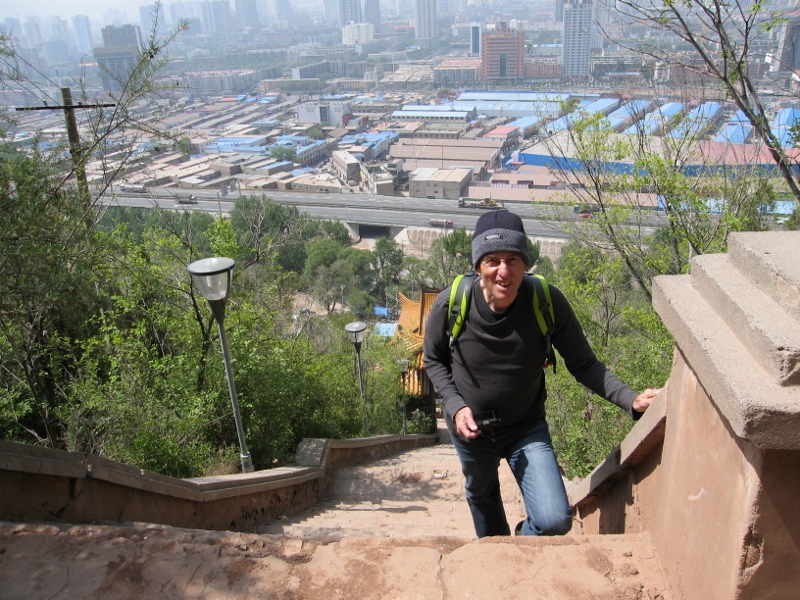 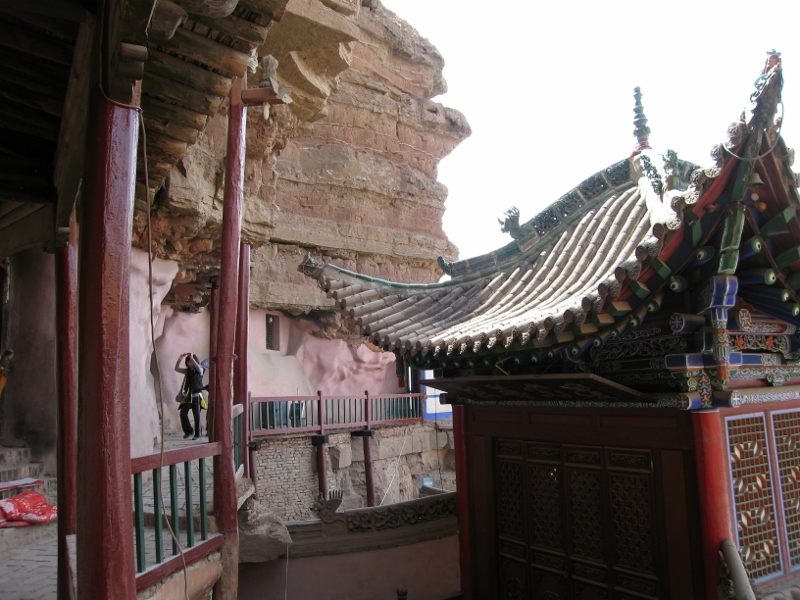 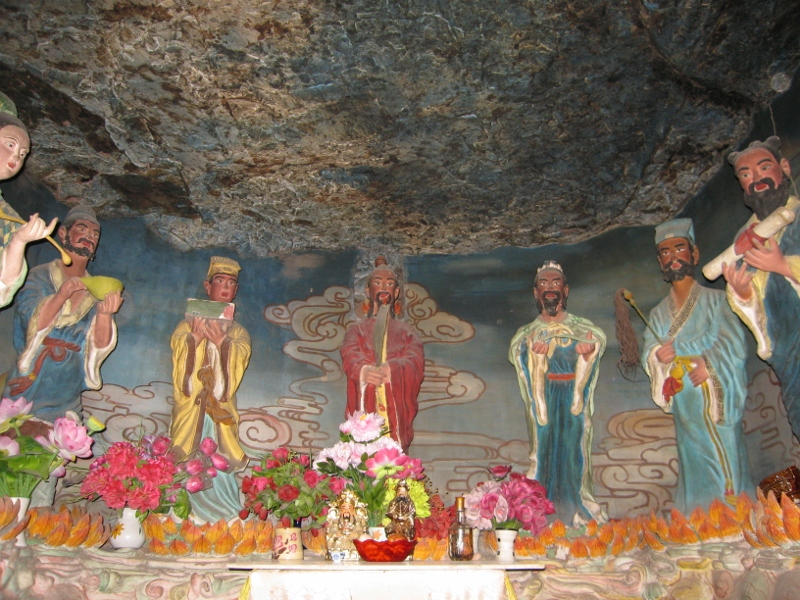 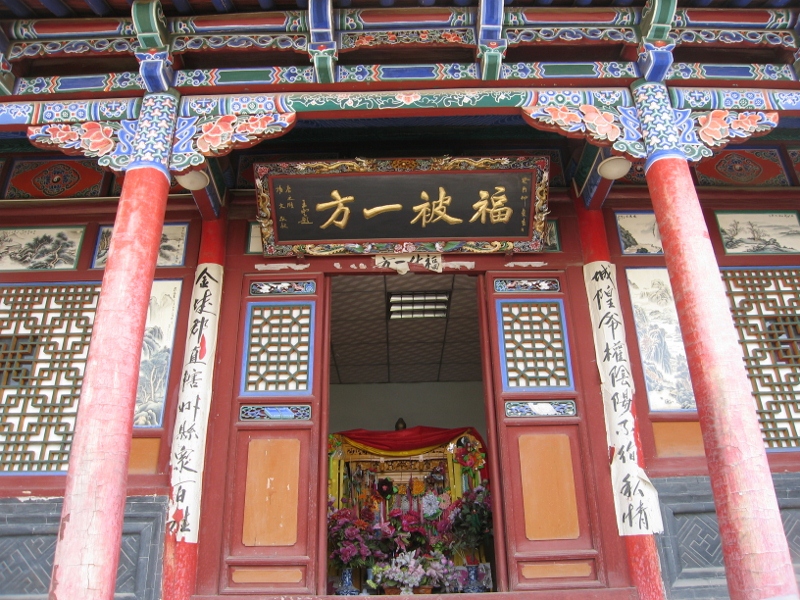 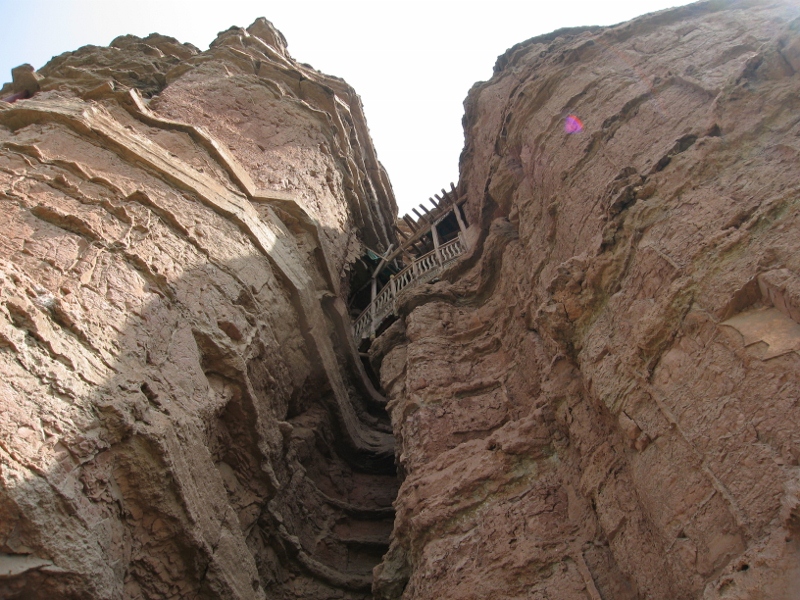 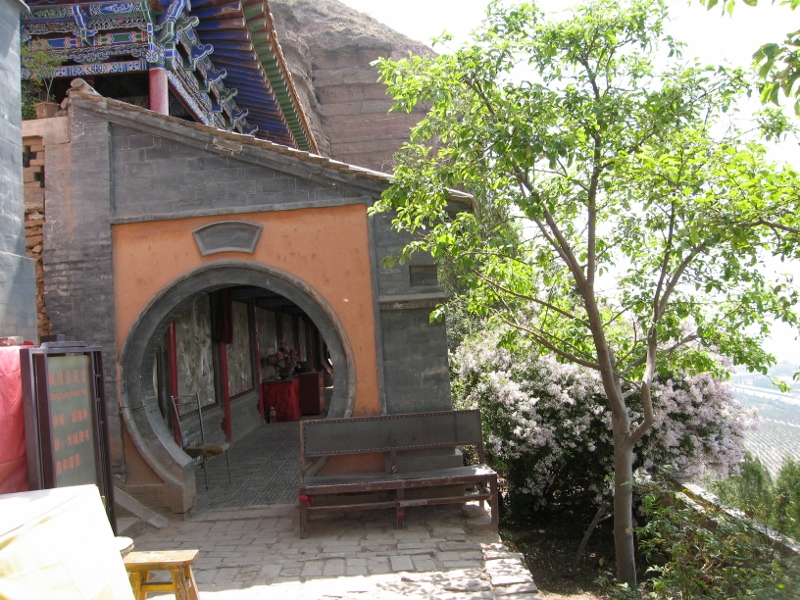 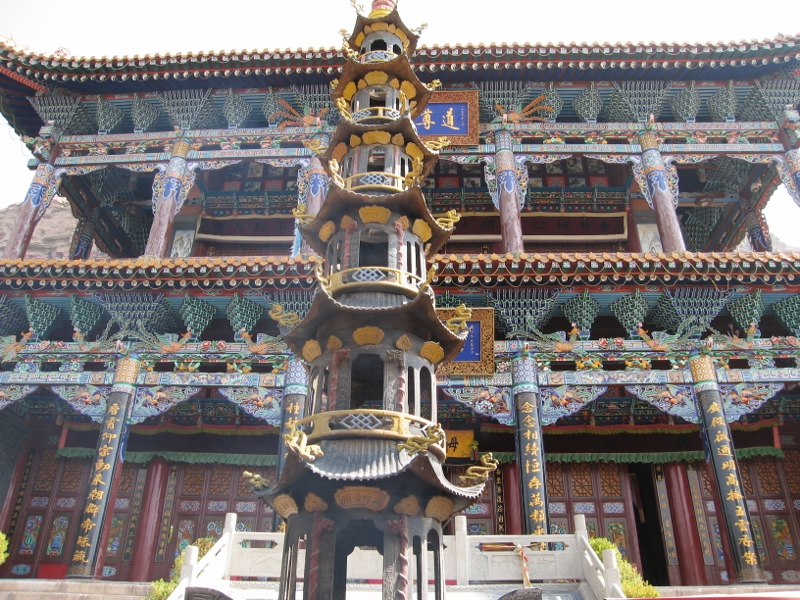 Before leaving Xining, and heading North-West, we visited a rare Taoist temple called ‘Beichan Temple.’
(Also known as ‘Tuloushan,’ or the ‘North Temple’)

Beichan Temple is located on the North Hill of Xining.
It was first built during the Northern Wei period (386-534 AD) and renovated during the years.

It is a beautiful temple, built right into the hillside.
It has caves carved into the high rocks, and it is located above what used to be a deep valley, but is now a busy workshops and body shops part of town.

The rock cliffs on the hillside, have been eroded and crumbled with the years, so many of the cliff grottos are closed now.

Still we walked up hundreds of steps into the high temple and were able to see some of its ancient beauty.

Initially the temple, had nine grottoes and 18 caves, with painted patterns of sunken panels, murals, and statues of Buddha.

The architectural structure of the main building by the entrance, is truly exquisite….

Very worthy of noting, are the painted canvases on the walls of the upper temple, depicting the struggles and sufferings of being human and too attached and engrossed in the material world…