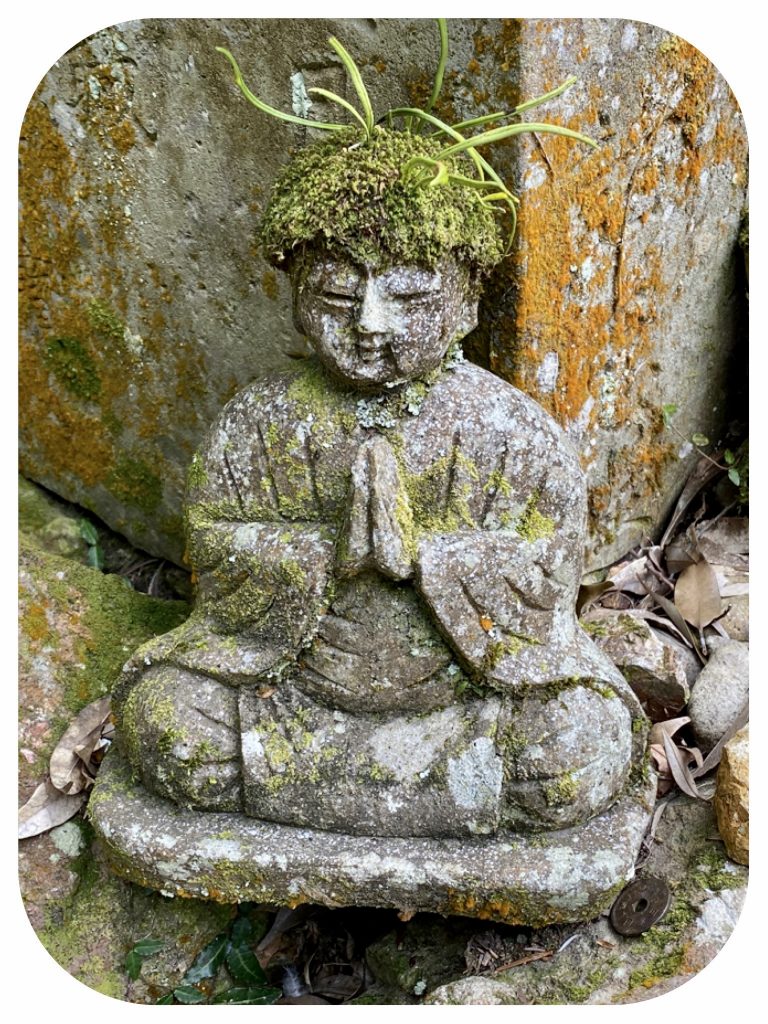 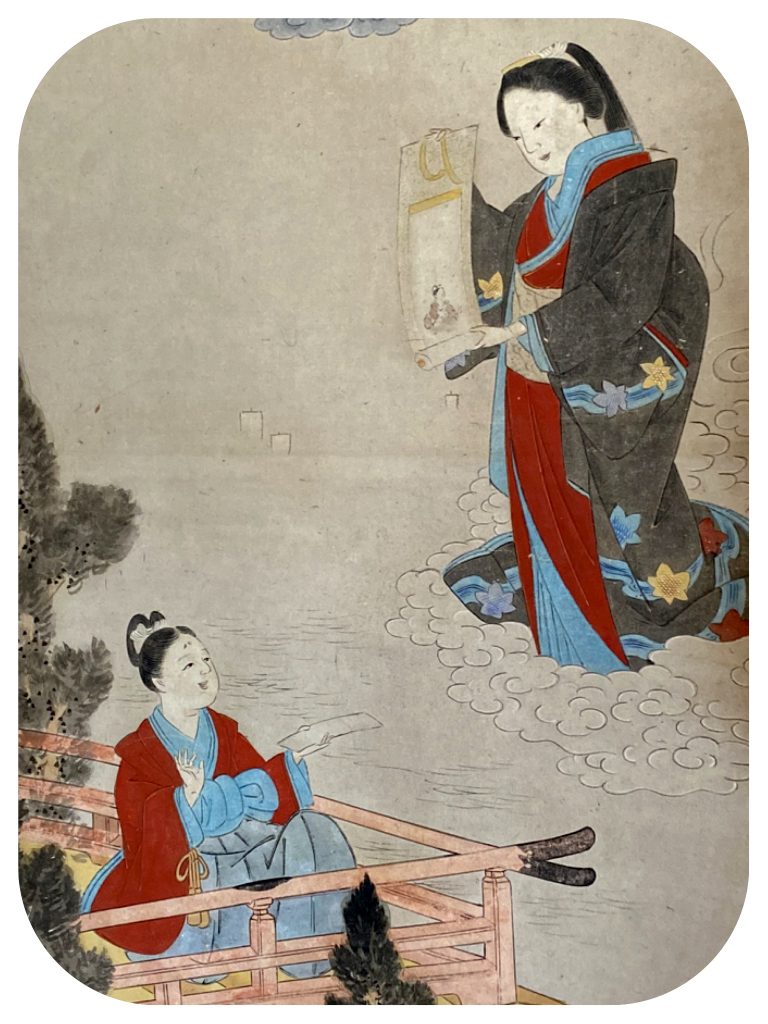 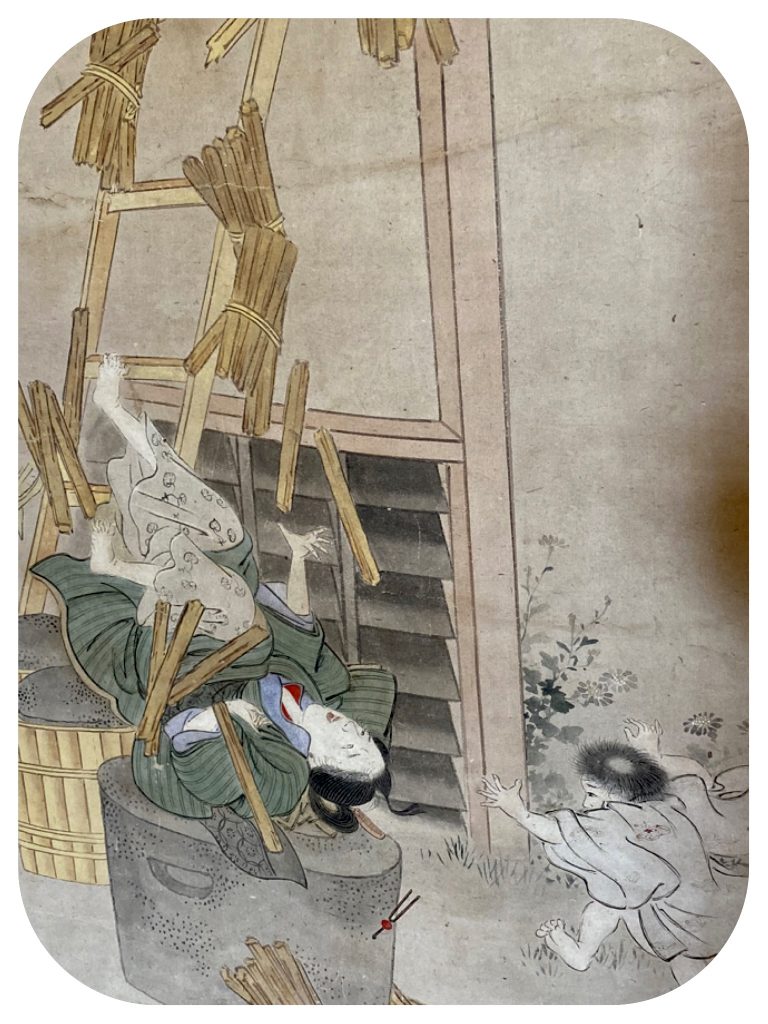 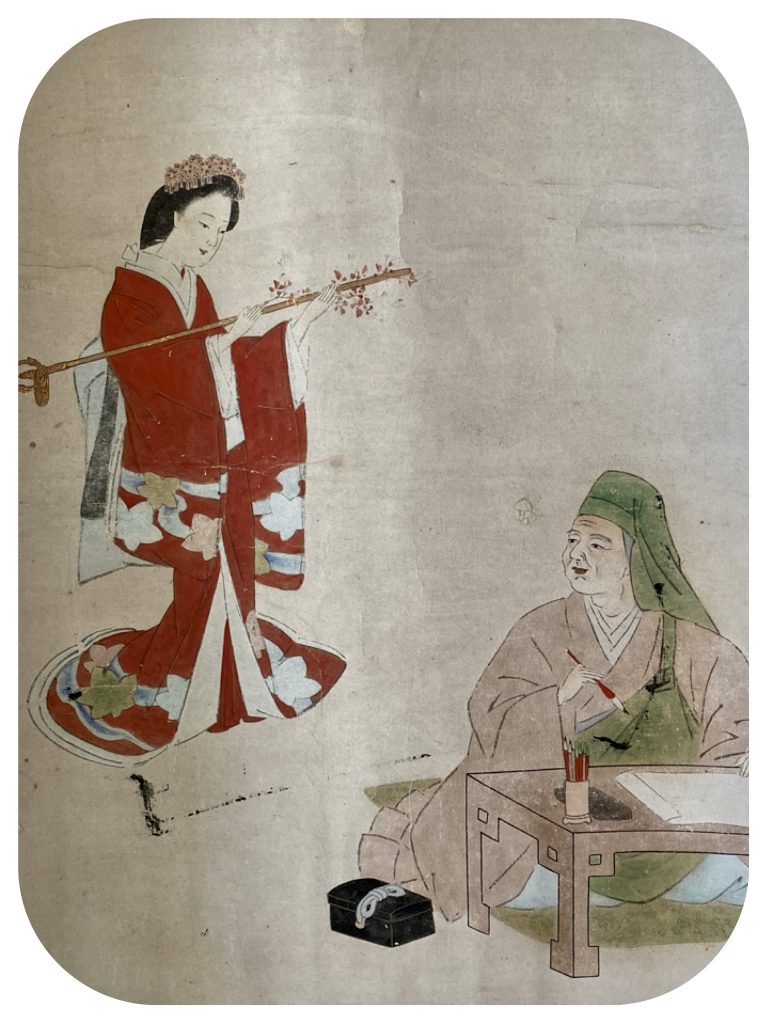 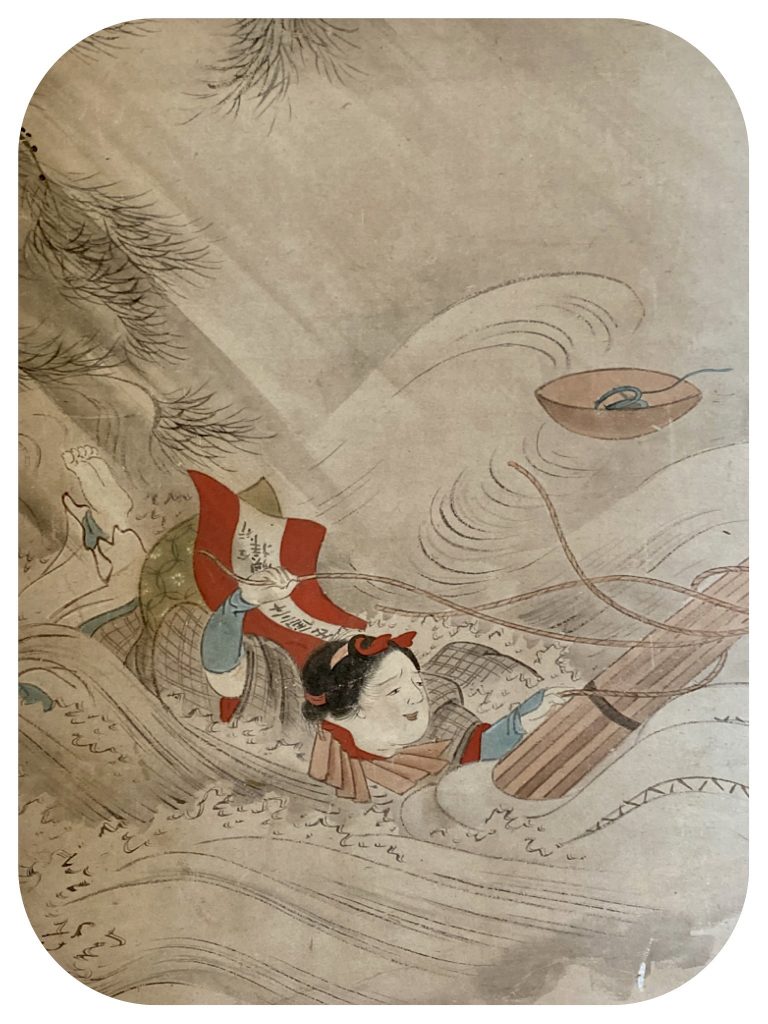 Last night I had a vivid dream.
I dreamt that I was climbing many sets of steps up a tall mountain, to a seated Kannon Buddha.
She was all stone-white, and she said to me: “Come to me…. Come to me….”

Then I woke up, feeling that our journey through Japan on this pilgrimage will be fine, that we are divinely guided and that everything is unfolding as planned.
Everything is exactly as it is meant to be, and that we were meant to be right here right now.

We see a pilgrimage as much more than a physical journey.
We are trying to reach God.
We are trying to become God Realized beings, like incarnations such as Jesus, Babaji, Yogananda, Kannon, Buddha, Milarepa, Padmasambhava, Shakyamuni, and so many more…

We are literally and emotionally climbing steps, summiting mountains and facing endless dangers.

If we believe that dis-eases are random, then we have many chances of getting infected.
After all, we are staying in many different hotels, sleeping in beds made by hundreds of hands, eating food made by hundreds of hands, soaking in many hot springs, meeting so many people in supermarkets, malls, train stations and everywhere else, that are all full of microscopic viruses….
But we KNOW that sickness is a subconscious choice you make, and we have sworn to stay healthy on this pilgrimage.

We decided to spend the very rainy day doing our laundry, having lunch and sitting in a cafe.
Like all upscale hotels in Japan, our ryokan does not have laundry facilities.
We collected our laundry to take it to the nearest coin laundry.

Before leaving, we left the room key at the front desk.
The front desk lady asked if we had face masks.
I think she planned to offer us masks if we did not have any.

We thanked her and told her that we do have them.
We got them out of our pockets and put them on our faces.
We only carry and wear them for the benefit of others who believe that it is a responsible thing to do.

Many believe in the protective powers of the mask, and feel that others are being irresponsible, if they do not wear face masks.

I looked at the stupid face masks that we were wearing, made of thin fabric with a whole finger sized space on both sides of the nose, and thought to myself how could anyone believe that a paper or fabric mask can ward off disease and death….

How could anyone believe that life is so insignificant, as to be vulnerable to every microscopic virus and germ.
How could they truly believe in the protection of a paper or fabric mask, that does not even cover anything anyway….

How ridiculous it is to believe that I can put my whole finger through the side or the top of the mask, yet a microscopic virus will not be able to get in….

On the way to the laundromat, we stopped to have lunch in a
French bistro.
The owner, who was also the chef, made us a very delicious lunch.
He wore a face mask while cooking our food, but he frequently pulled it down in order to breathe while cooking in the hot kitchen.

We returned to our hotel with the clean laundry and rested until evening.
We were still not hungry by dinner time, so we went next door to a convenience store, to buy some fruit and rice balls.

Jules looked at me sideways, and whispered to me that I should try to pick ones the man had not touched.
I told Jules that he should not think this way.
Instead of thinking of ourselves, our first thoughts should be about this poor man, and how we could help him.

I did not want to explain to Jules, I wanted him to have his own realization.
I handed Jules a ¥1000 ($10) bill and asked him to give it to the man.
Jules was uncomfortable, but then he approached the man and gave him the money and said good evening.

Meantime the man bowed to us many times and thanked us for the money.
We said goodbye and returned to our empty hotel.

With love and blessings,
Tali and Jules