Tokyo To Shirahama To Start The Saigoku Pilgrimage 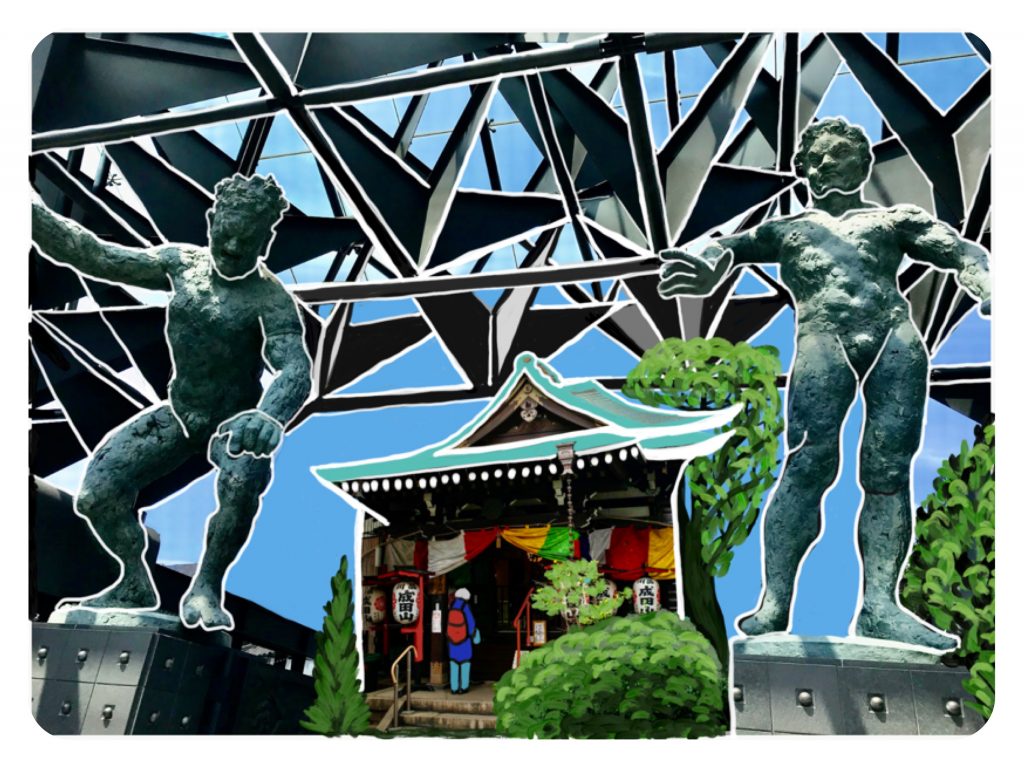 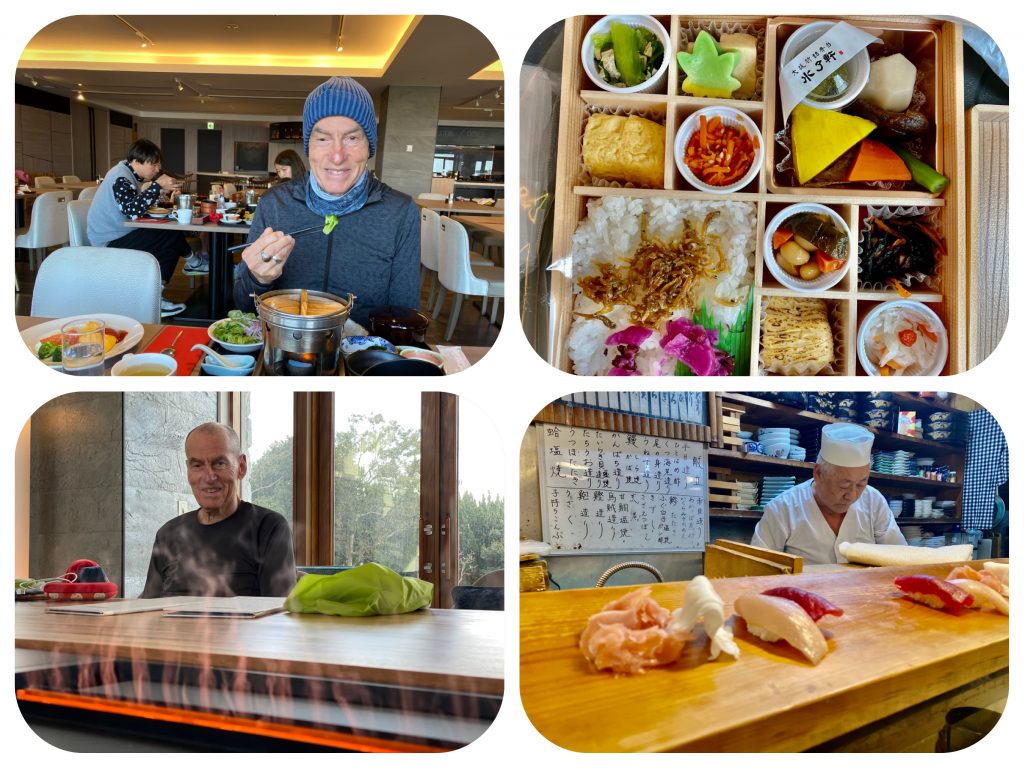 We had planned to leave behind a bag at our hotel in Tokyo, and to pick it up on our return to Tokyo at the end of the pilgrimage.

The lady at the front desk told us in no uncertain terms that they could not hold our bag for more than one week.
She said it of course in the nicest way, and apologized repeatedly.

We explained that we will be starting to walk and will not be able to take the bag, and asked that she speak to the manager.

We said that the hotel’s website promised luggage storage, and did not mention anything about a one week limit, but it was very early in the morning and she could not reach the manager.

We decided to carry the extra bag to Tokyo Station, where we hoped to pay to store it at the luggage services office, since the coin lockers also have a time limit.

At Tokyo Station we were told that the limit on storing the bag is two weeks, even if you are willing to pay the five dollars per day to keep it for two and a half months.
This rigidity can really be very difficult to deal with.

The lady at the luggage storage office suggested that we ship the bag back home.
She gave us the address of the nearest post office and we started to make our way there, resigned to this inconvenient and very expensive option that would also mean that we would not be able to complete the Tokyo Kannon Pilgrimage, which we had nearly finished this past week.

On the way to the post office, I decided to try to call our hotel in Shirahama, to see if they would agree to store our bag.

The friendly woman at the Marriott Onsen Shirahama hotel did agree, and we felt so relieved.
We bought our Shinkansen ticket to Shirahama, which connected in Shin Osaka, and made our way there.

At Shin Osaka station we bought a bento box to eat on the train.
I love these lunch boxes, which come in dozens of varieties.

Leaving Tokyo felt good.
The city is very crowded, and even walking on the street with our backpacks, we had to be careful how we turned around, as to not accidentally hit anyone.

Tokyo has been preparing for the Tokyo Olympics for a long time.
Beside building a new Olympic stadium at an astronomical cost, they have painted all the taxis and many buildings.
Now with the coronavirus, I wonder if it is going to be just a pipe dream….

Our backpacks are way too heavy.
At home, I weighed them and they were nearly 30 pounds (14 kg) each, and this does not include the weight of our daily lunch and drink, hot tea flask and a snack.
We will have to get stronger fast, and our backs and shoulders will have to adjust pretty quickly.

My other concern was the wintery weather.
It is still very cold to be outside all day, walking in damp forests and climbing muddy paths with heavy backpacks.
But we will have to adjust to the weather as well.

We disembarked in Shirahama, to a sunny but very windy and cold day.
Our hotel is a modern and comfortable hot spring resort.
It has some guests, which was very nice to see.
We got a Japanese style tatami mat ocean view room, with a beautiful blue sea to look at.

The hotel operates with a reduced staff, because it is not very full.
For us, it has actually meant only good things.
The staff was super friendly, offering us a free use of the private hot springs bath that they usually charge for, free teas drinks and snacks in the lobby, a free happy hours with food and a quiet and very clean place to stay.

The hot springs baths here have a soft, velvety quality to the water, which felt very nice on the skin.
It does not have sulfur in it and no smell at all.

For dinner, we followed the recommendation of the man working at the front desk, and went to dine in a tiny sushi bar.
It was a very atmospheric place, with only seven seats.

The sushi chef stood behind a tiny wooden bar, and he placed a heaping mound of pickled ginger in front of each diner.
Then he asked us what we wanted to eat, and as he made the nigiri sushi, he placed it on the wooden bar without a plate.
The other diners took the sushi by hand and ate them without a plate, and so did we.
The other dinners were very friendly and chatted with us about our walking plans.
They also ate very large amounts of food, perhaps double the amount we ate.

Shirahama is famous for its fresh seafood, and the sushi chef grated a fresh wasabi root for each sushi piece, and placed it between the rice and the sliced fish that he served us.

We had to hurry back to the hotel after dinner, because the wind and the cool weather made walking around the small town with my wet hair a bit too cold.

Good night/day to you and lots of light and love,
Tali

← Day 4 – The Tokyo 33 Temple Kannon Pilgrimage
Shirahama, and Why We Will Start By Walking The Kumano Kodo Pilgrimage As Part Of Our Saigoku Pilgrimage, Japan →