Day 45 – Walking the Via Francigena – Orbe, Switzerland – Ancient Roman Mosaics, The Greek Mythology Of The Famous Labyrinth of Theseus and Minotaur 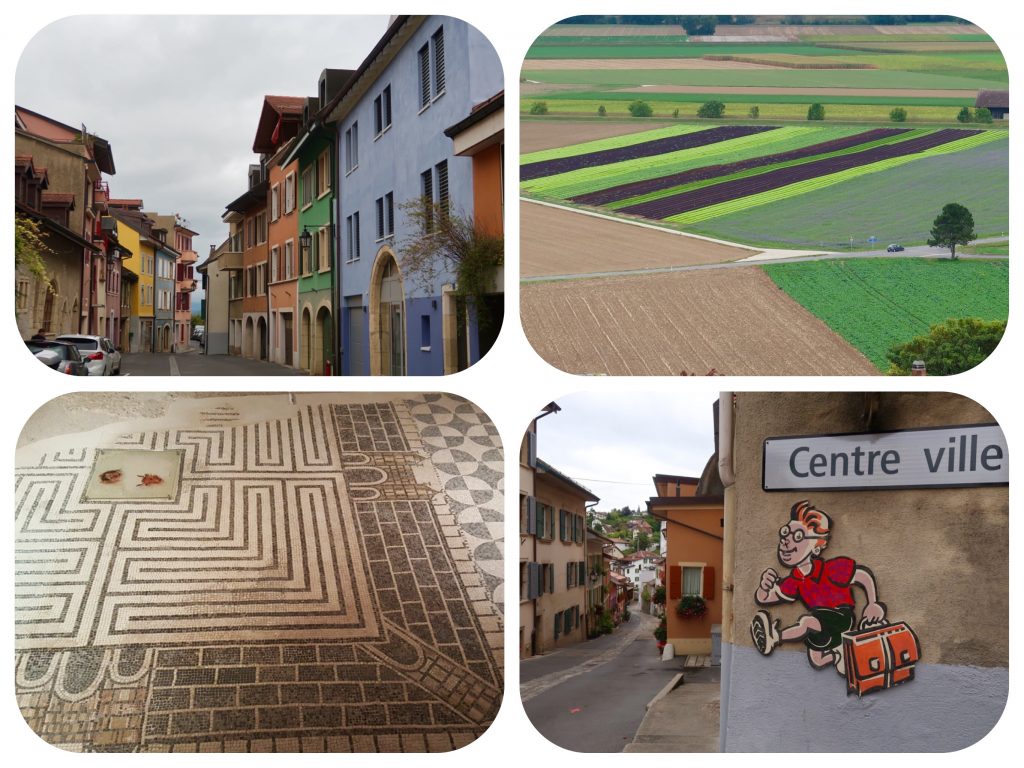 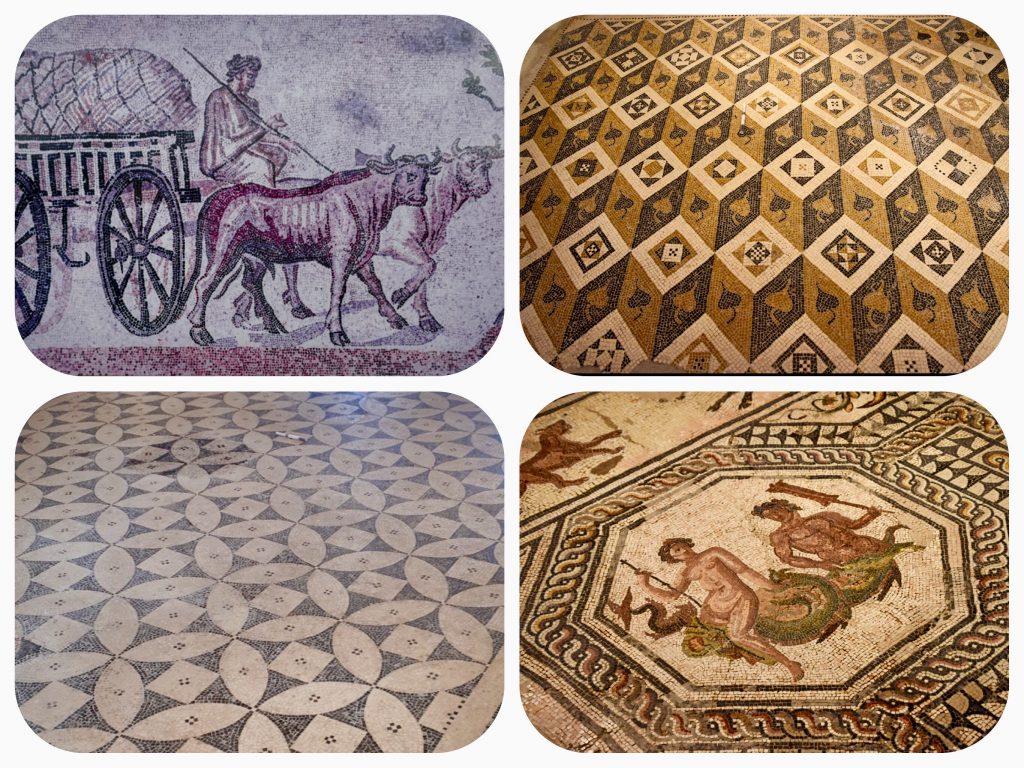 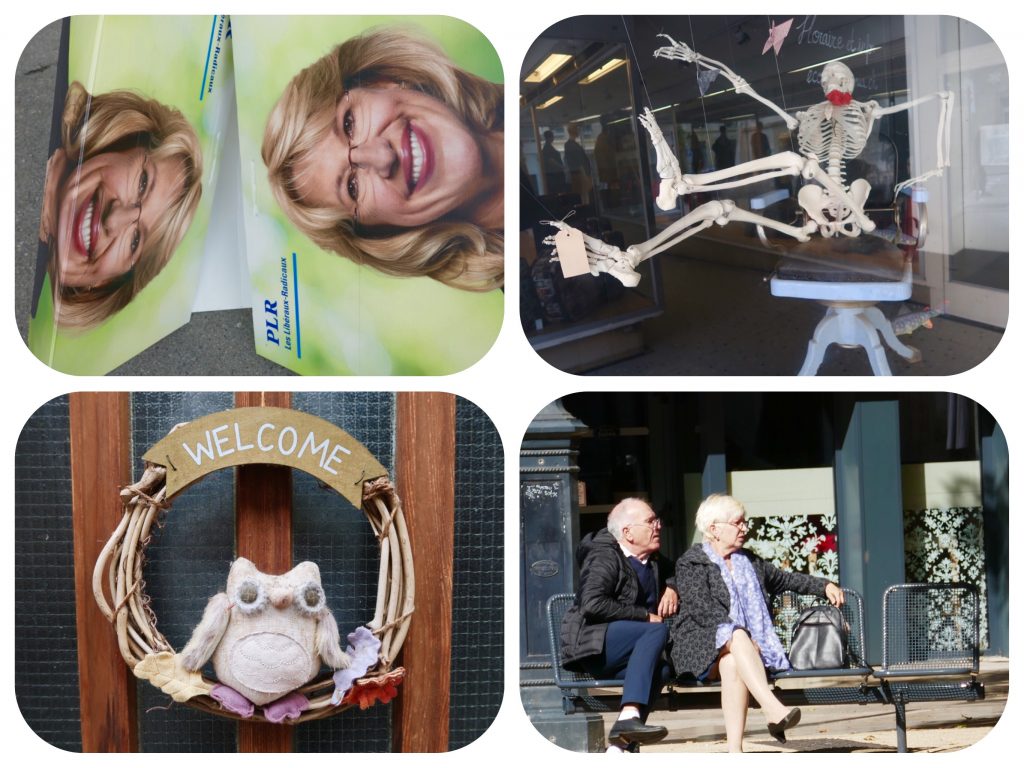 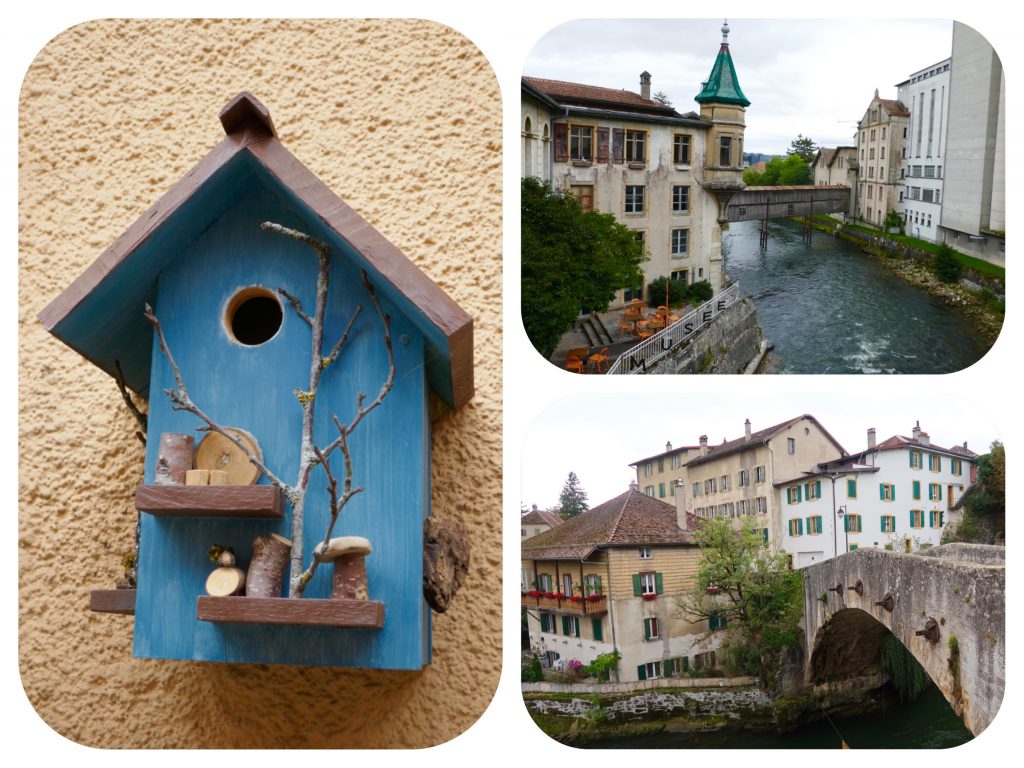 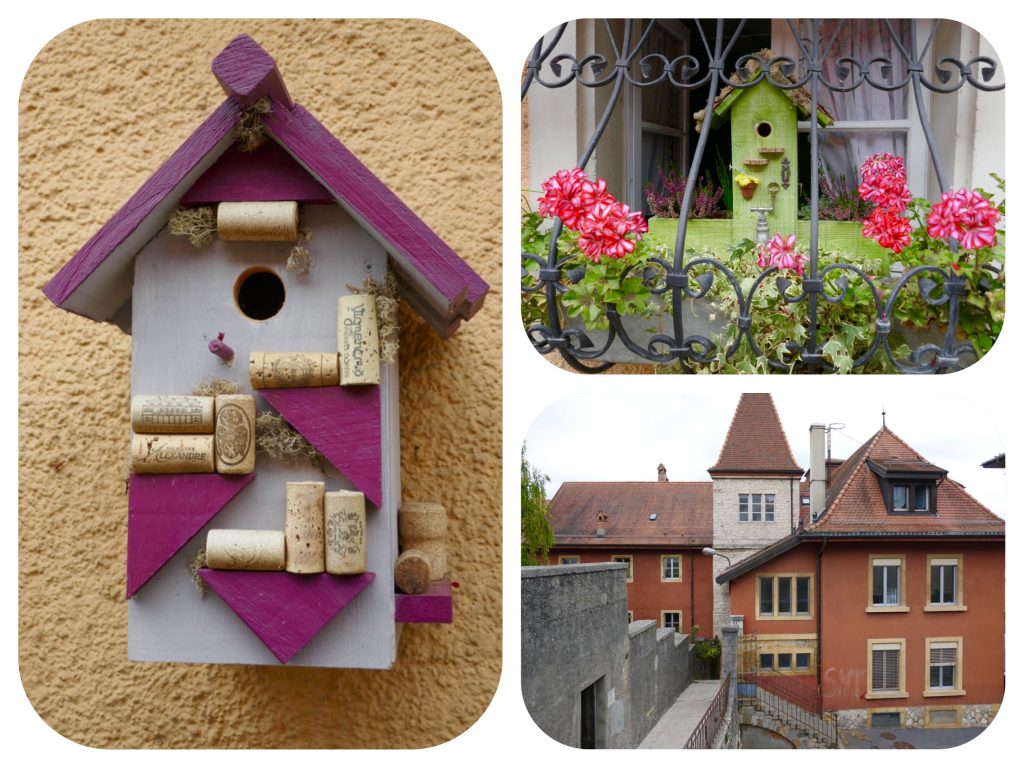 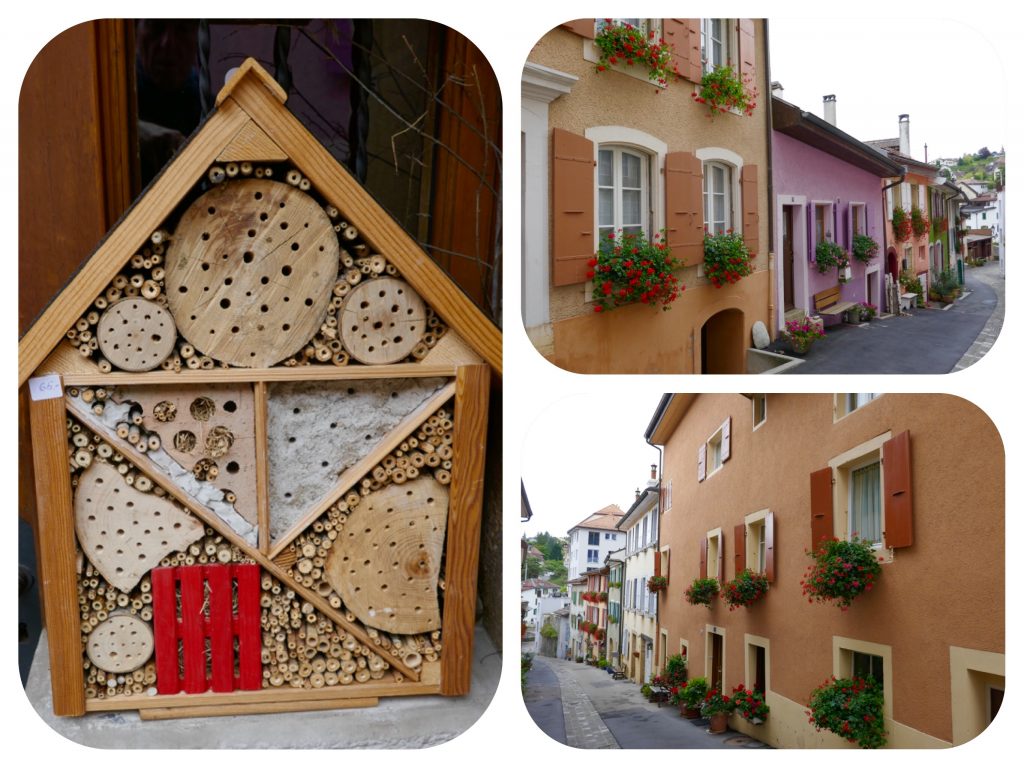 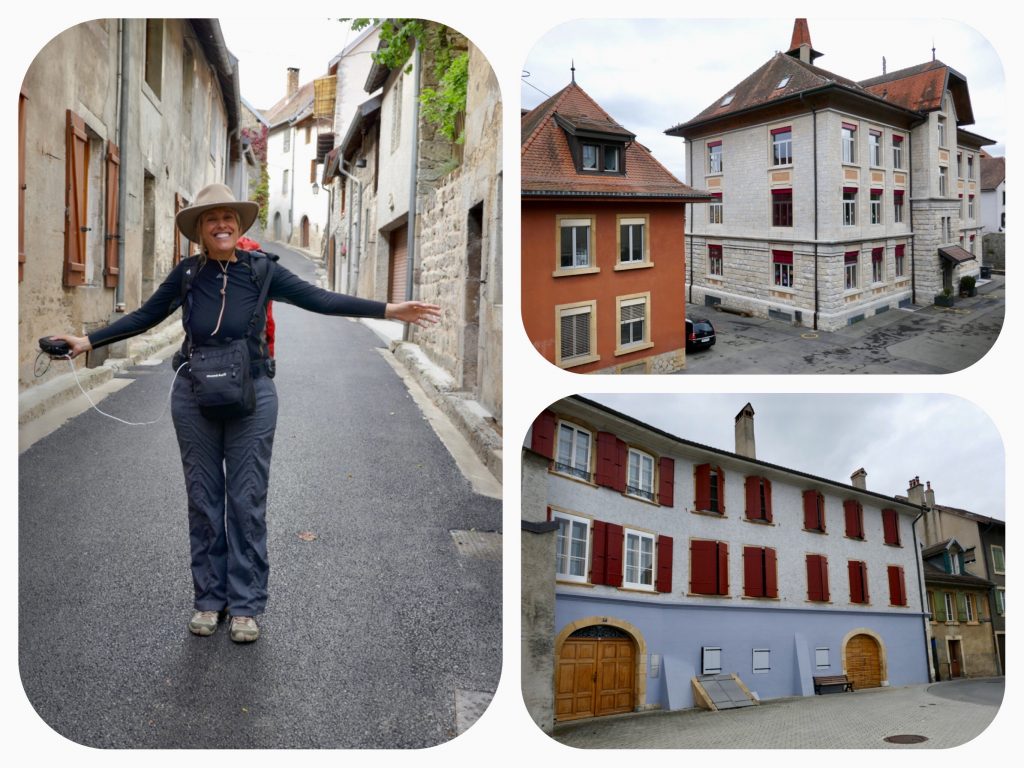 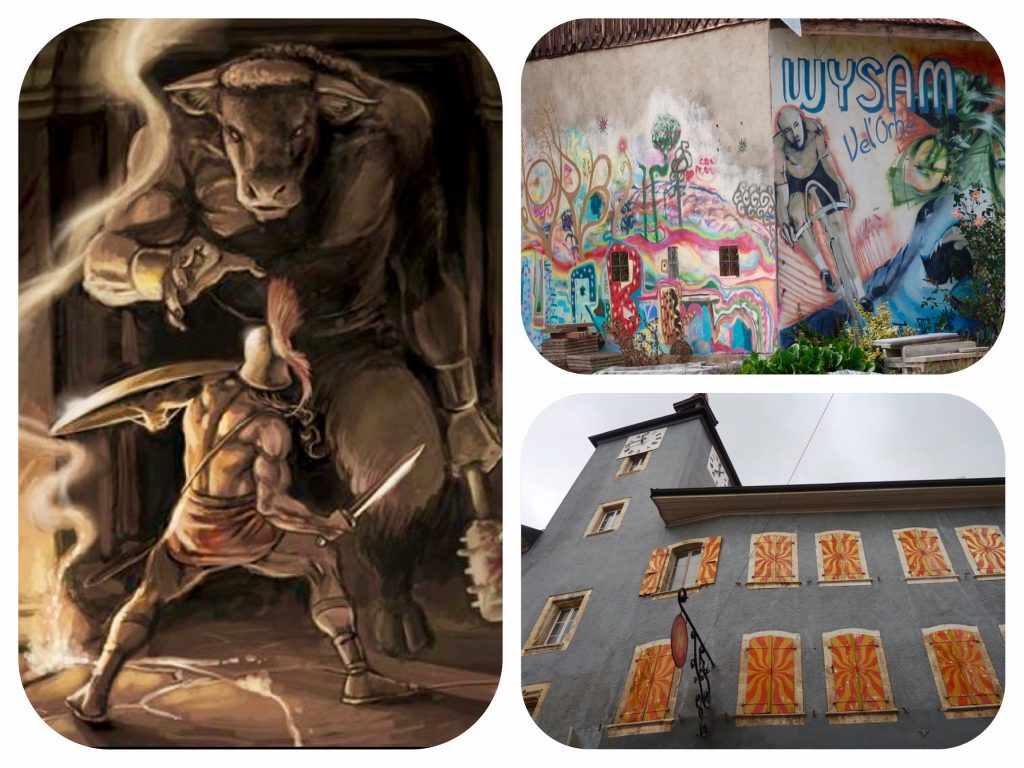 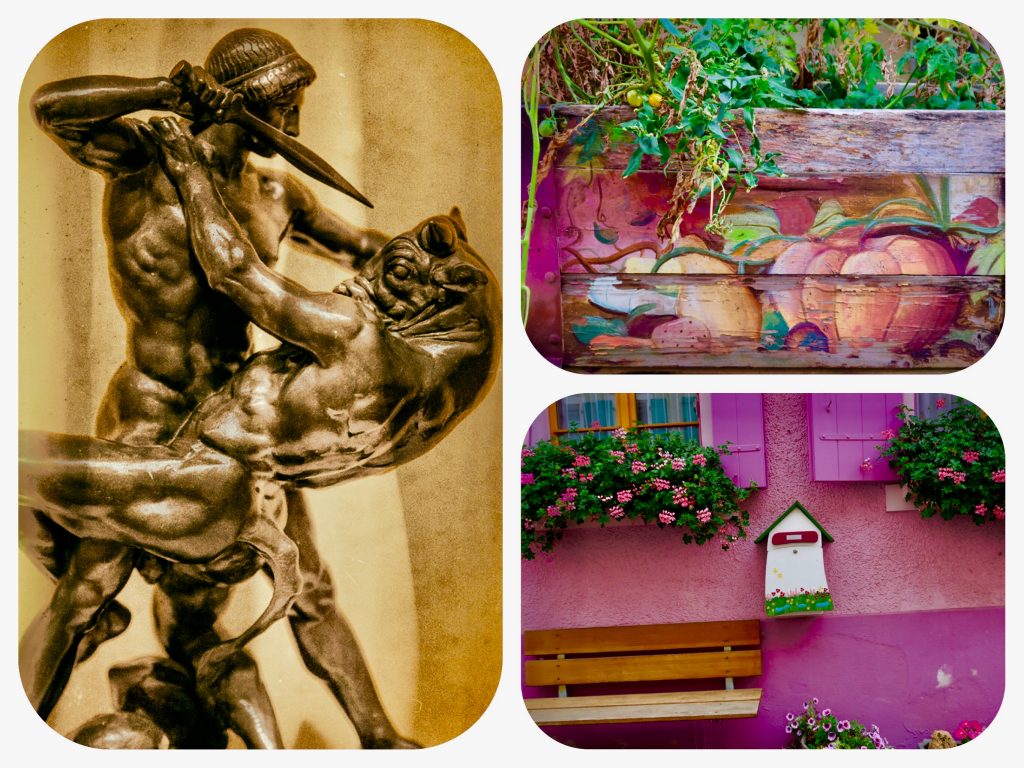 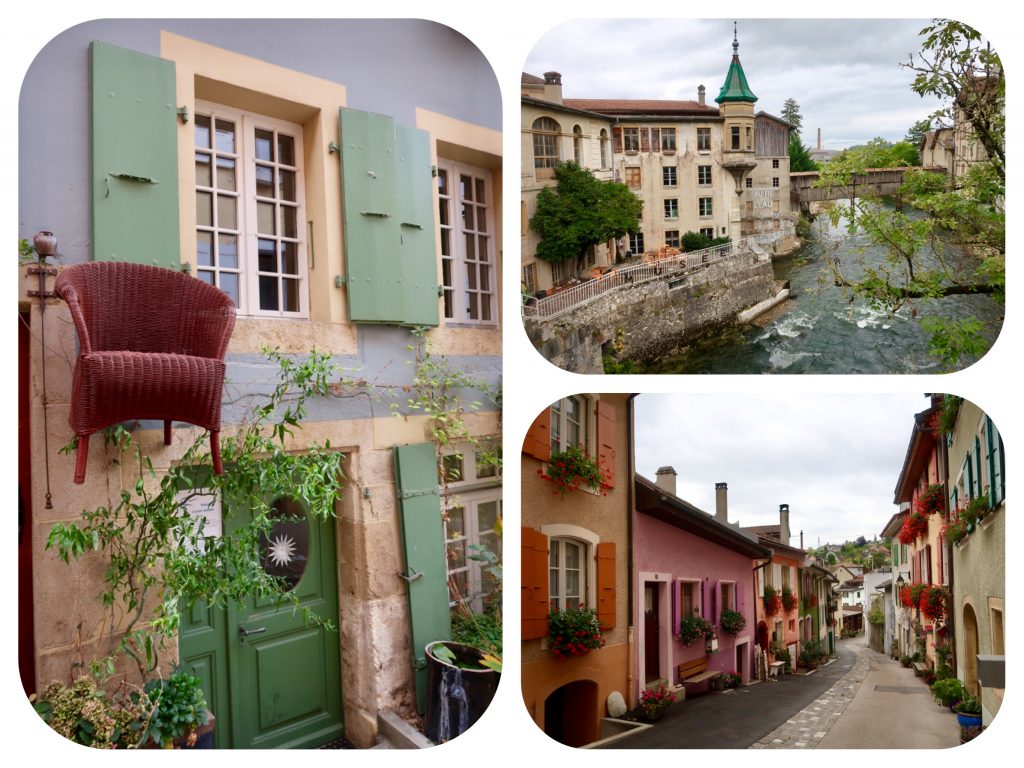 Day 45 – Walking the Via Francigena – Orbe, Switzerland – Ancient Roman Mosaics, The Greek Mythology Of The Famous Labyrinth of Theseus and Minotaur

There were two reasons I had planned to stay another day in Orbe.
The first one was to rest after crossing the Jura Mountains, and the second reason was to visit the Roman Mosaics dating back to the year 170 A.D.

The Mosaics are the remains of the floors of a Roman Villa that once had 100 rooms.
Unearthed only recently, between 1986 and 2004, they are said to be the best Roman Mosaic remains in Switzerland.

The town of Orbe has nine remaining mosaics that used to adorn the most important rooms of the villa.
Made of naturally coloured small stones, they depict gods, geometric shapes, figurative scenes of Greek mythology and Trompe-l’œil.

Trompe-l’œil (French for “To deceive the eye”) is an art technique that uses realistic imagery to create an optical illusion that the depicted objects exist in three dimensions.

One of the Mosaics is the famous Labyrinth of Theseus and Minotaur.

Since I am pretty sure that few are educated in Greek mythology nowadays, I will narrate here a short version of this story:

The story takes place on the island of Crete, a major part of the Greek islands and a place I have vacationed in twice.

King Minos was the king of Crete.
He once asked for a sign from Poseidon, the god of the sea (Some versions say it was the god Zeus).
He asked for a snow white bull, as a sign of the god’s support of him.

Minos was supposed to sacrifice the bull when it appeared magically, but the bull was so beautiful and so pure, that he kept it instead.

Angered by Minos’ lack of trust and greed, Poseidon caused Minos’ wife, Pasiphae, to fall in love with the bull.

Pasiphae fell in love so deeply, that she mated with the animal and got pregnant. Her offspring was a male, partly a man but with the head and tail of a bull.
It was named Minotaur.

King Minos was so embarrassed, but determined not to kill Minotaur, that he hid the monster in an impossible to exit Labyrinth, constructed by Daedalus.

According to the myth, Minos imprisoned his enemies in that Labyrinth so that the savage, hungry, lonely and increasingly angry Minotaur would eat them.

The labyrinth was such a complicated construction that no one could ever find his way out of it alive.
Many people, including famous gladiators, who went to participate in the Panathenaic Games, attempted to kill Minotaur, but died trying.

Aegeus, the king of Athens, ordered seven men and women to be sent every year to feed Minotaur, in order to pacify the curse caused by this mystical creature Minotaur.

Theseus, was the son of Aegeus, the king of Thens.
Theseus decided to be one of the seven young men sent to Crete, in order to kill Minotaur and end the human sacrifices to the monster.

King Aegeus tried to convince him to change his mind, but Theseus was determined to slay Minotaur.

During his stay at the palace in Crete, Theseus met Princess Ariadne, the daughter of King Minos.

Ariadne fell madly in love with the brave and handsome Theseus, and decided to help him.
She gave him a thread and told him to unravel it as he walked deeper and deeper into the Labyrinth, so that he would be able to retrace his steps and find his way out, once he had killed Minotaur.

Theseus followed her suggestion and entered the labyrinth with the thread.
Theseus faced the powerful Minotaur and in a brave battle, killed Minotaur.
By following Ariadne’s thread back, he retraced his steps and found his way out of the labyrinth.
Theseus took Princess Ariadne with him and left Crete, sailing victoriously back to Athens.

Now, after telling you the story, I will tell you about our day.
We slept late this morning, knowing it would be a rest day for us, with only a few Kilometers’ walk to visit the Mosaics and then go back into town.

Breakfast at the hotel was served downstairs, by the ceaselessly coughing lady who owns the hotel.
She is really a very lovely lady, but she runs the place alone except for the kitchen, where she has a cook who makes the food.
This means that the place is a bit dusty, and full of undusted memorabilia laying around everywhere.

In fact, after my shower yesterday night, I washed the floors of our room with a very wet towel and liquid soap, so now our room is shining and clean.
I slept better in the cleaner room.

Breakfast was a croissant, tea and not fresh squeezed orange juice.
Not great, but it was included in the price.
We were surprised to see that the dining room was full.
A large group of tourists and a few old locals who seemed to have been coming here every day for the last thirty years.

The tourist information center was closed, and the local kiosk did not sell SIM cards.
We walked around the town, and then to the Mosaics, about three kilometers out of town.

When we arrived at the Mosaics, we quickly saw that it had closed down for the balance of the year.
When we checked and checked again, it said that it would be open on weekends from April to October.
But they had closed early this year, at the end of September.

We turned around and walked back through the fields into town.
In town we found a lovely cafe, bakery and pastry shop, and sat to have lunch.
At least the town had a lovely cafe like this.

We checked their opening times, hoping we could skip the croissant tomorrow and eat here instead, but they are closed tomorrow altogether.

We returned to our room to rest the whole afternoon, catch up on my writing and download our photos.
I enjoy seeing the photos Jules really takes every day, which are different than the ones I take.
We can both photograph the same area, but catch glimpses of different moods.
Jules takes very artistic and mood filled photos which I like, while I tend to take more documentary photos.

We had dinner at a Chinese restaurant in town.
The food we ordered was good and it is run by a sweet natured and soft spoken Chinese woman from Shanghai.
She was also selling small jewelry and cute wine bottle covers that look like embroidered Chinese robes.

We needed an easy day today.
My leg muscles are achy from yesterday’s climbing and I am happy to have rested today.

With love and many blessings,
Tali

Accommodation:
Hotel Restaurant Au Chasseur in Orbe.
A simple hotel (the only one in Orbe) with a hot shower, good heating, and a friendly and helpful owner.

← Day 44 – Walking the Via Francigena – Métabief To Orbe, Switzerland – A Challenging Day on The Roman Road, A Hike Through an Ancient Forest, Alien Crop Circles, A Traditional Cow Parade and Crossing The Jura Mountains
Day 46 – Walking the Via Francigena – Orbe to Yverdon-les-Bains, Switzerland – A Historic Hot Springs Town, and Thoughts About Urban Veggie Gardens →