Day 25 – The Chūgoku 33 Temple Kannon Pilgrimage, Japan – Continuing to Walk on a Rainy Day from Yuda Onsen Towards Ube 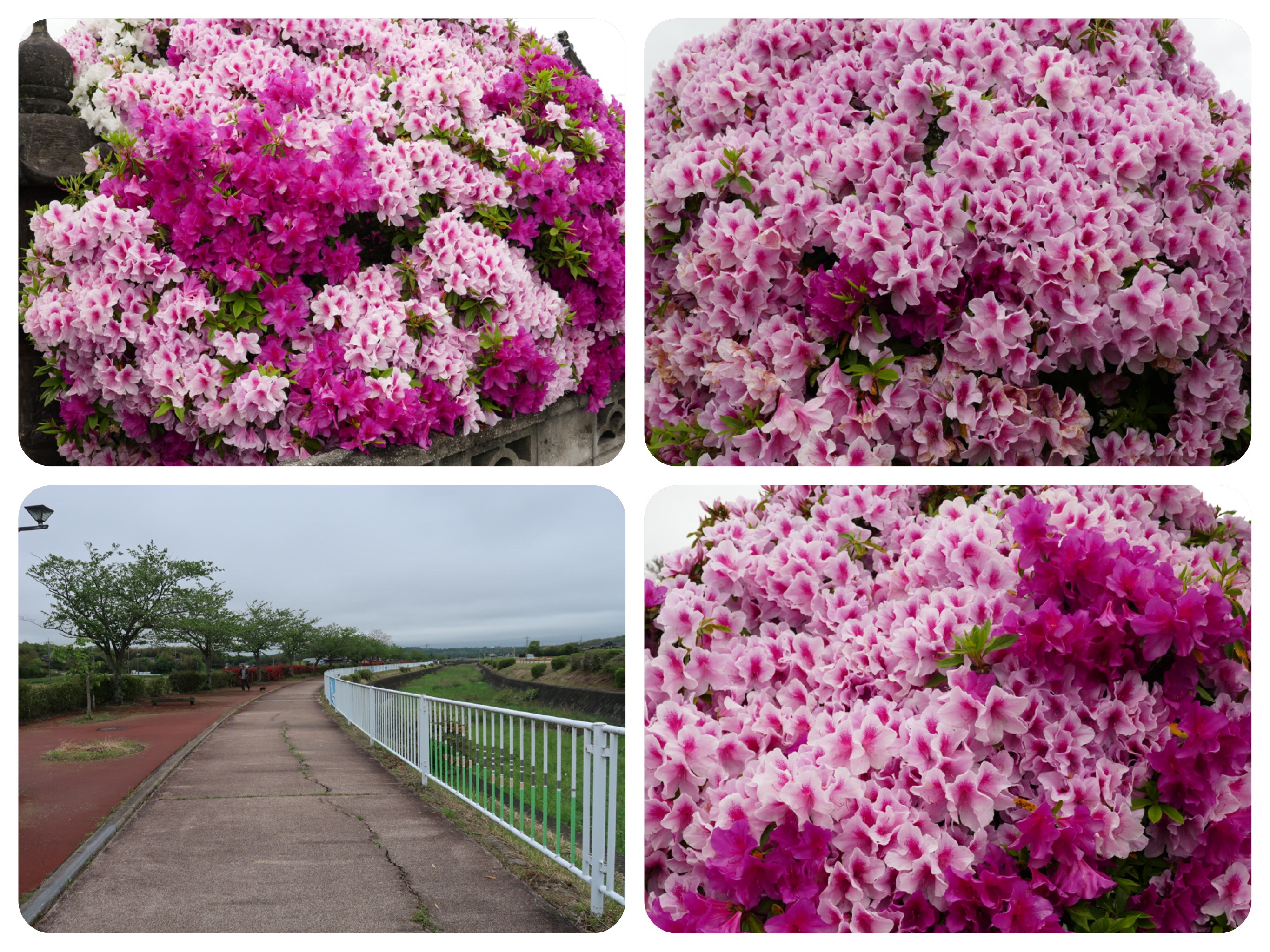 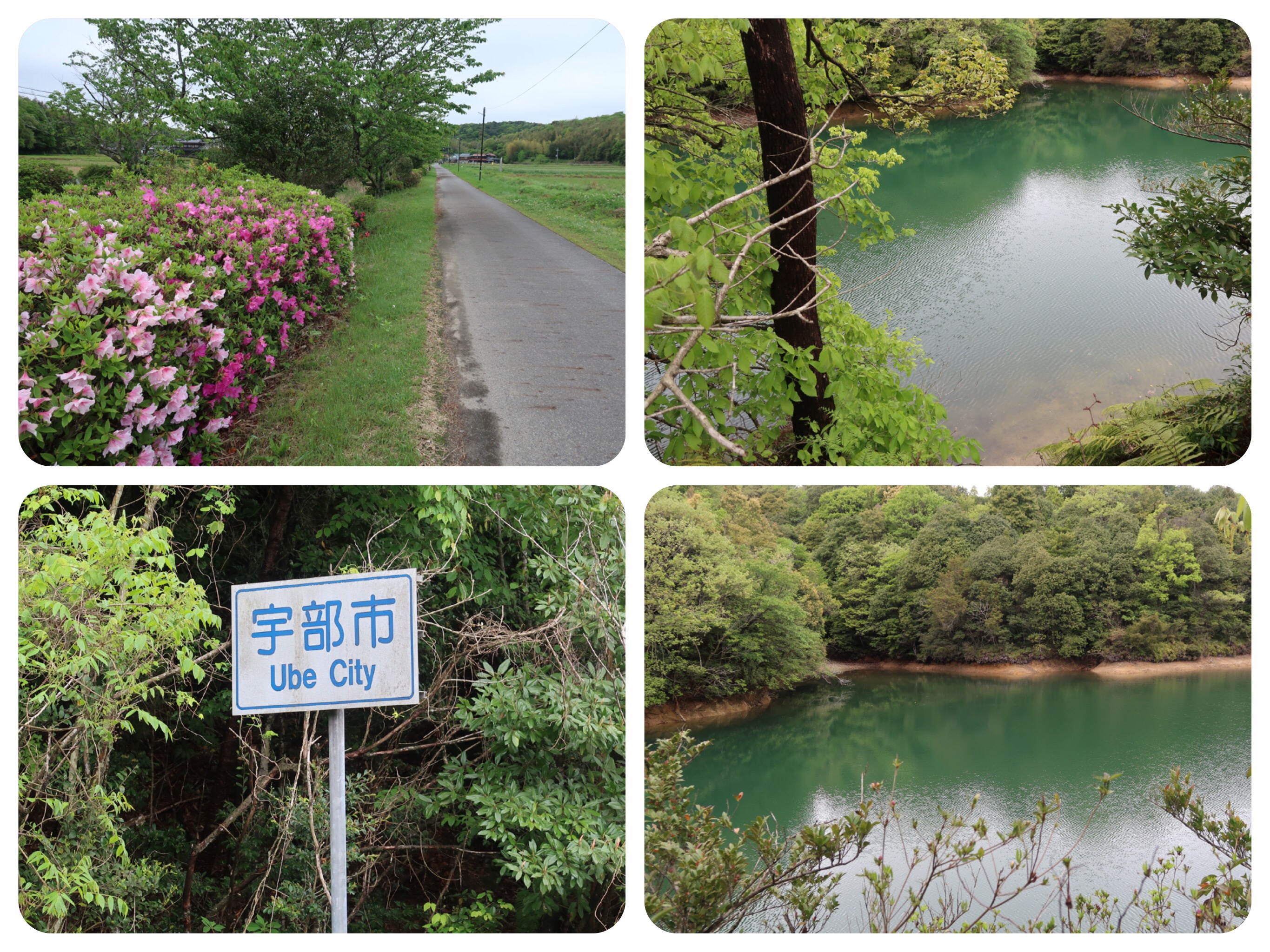 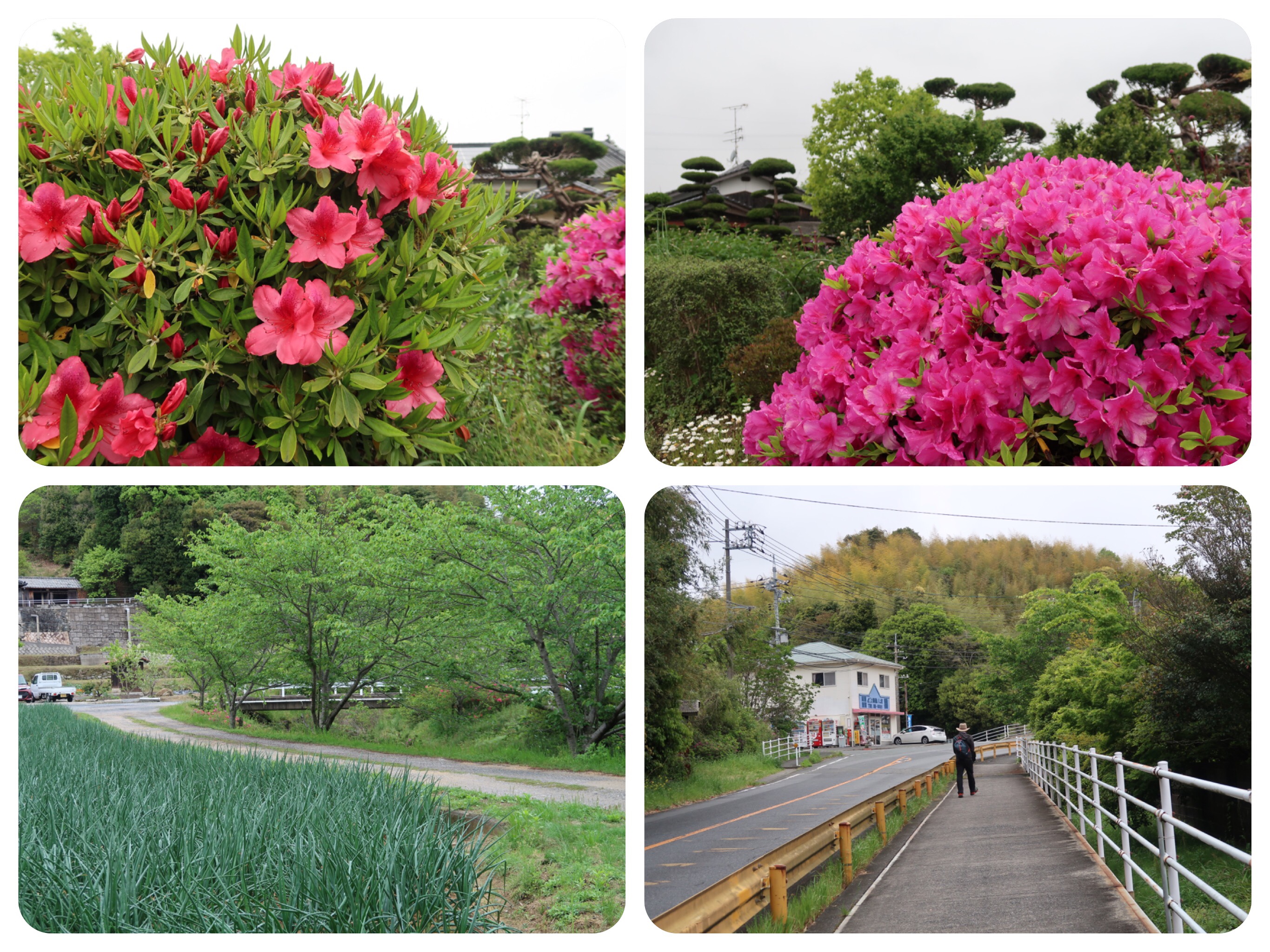 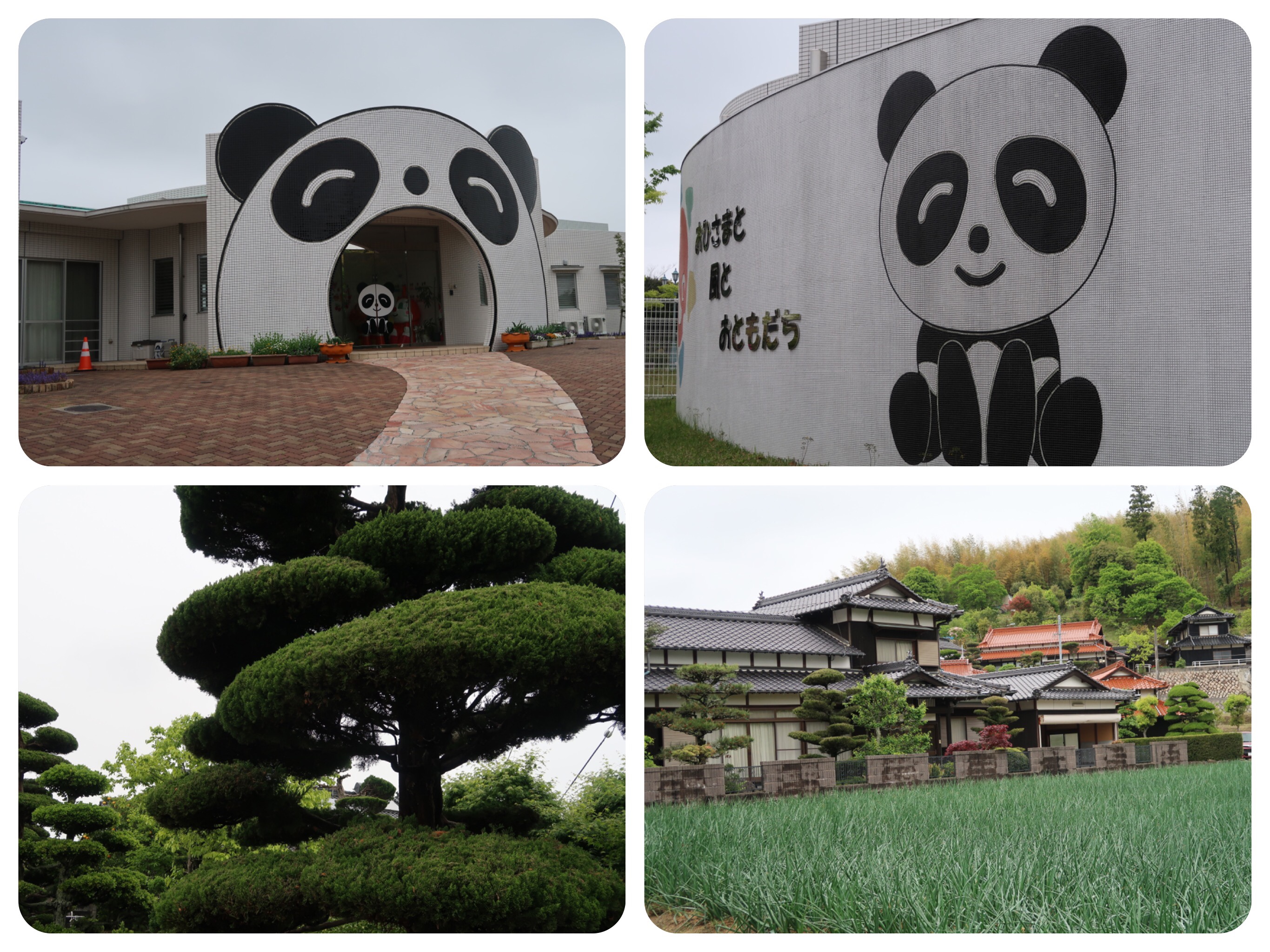 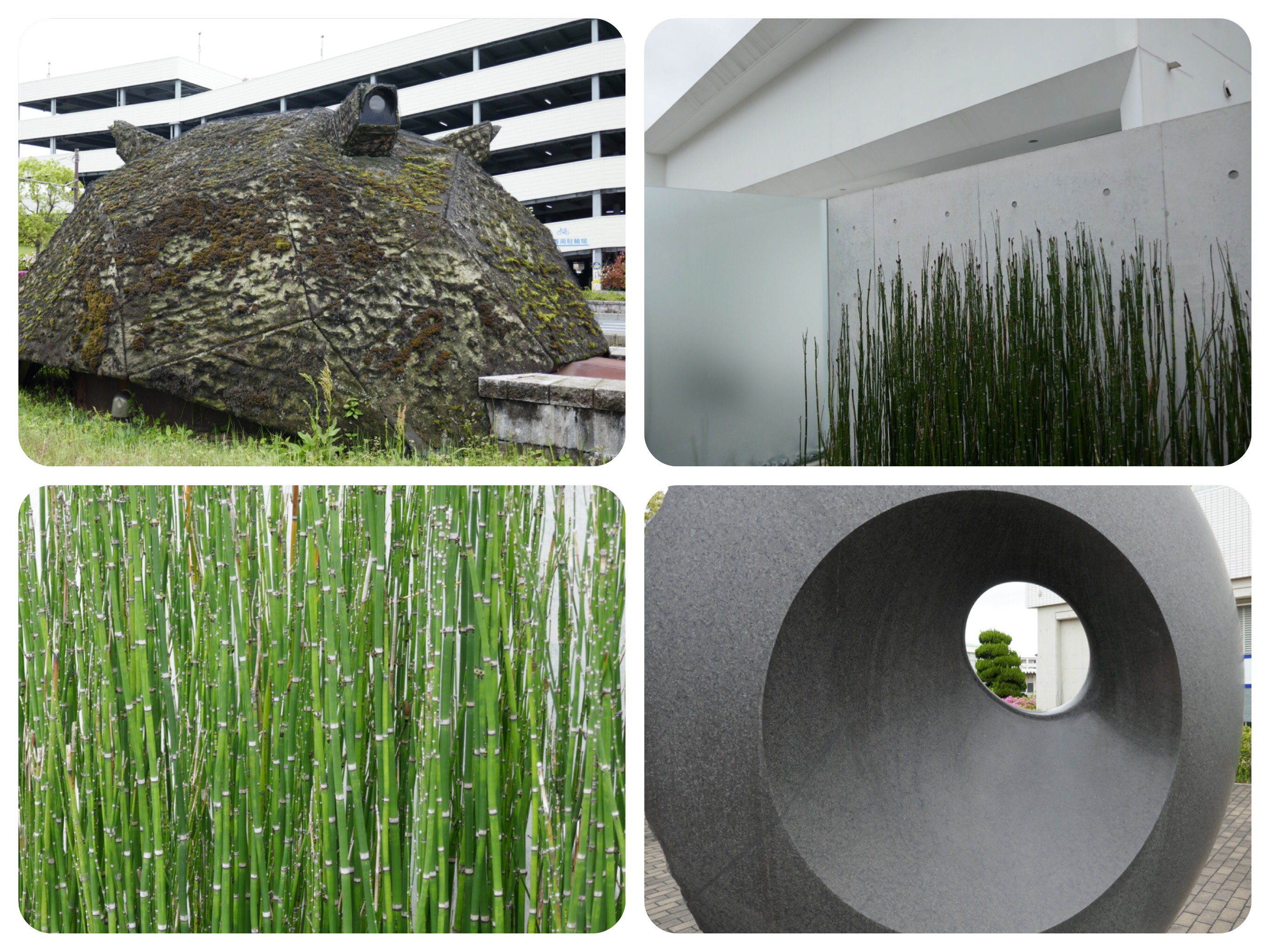 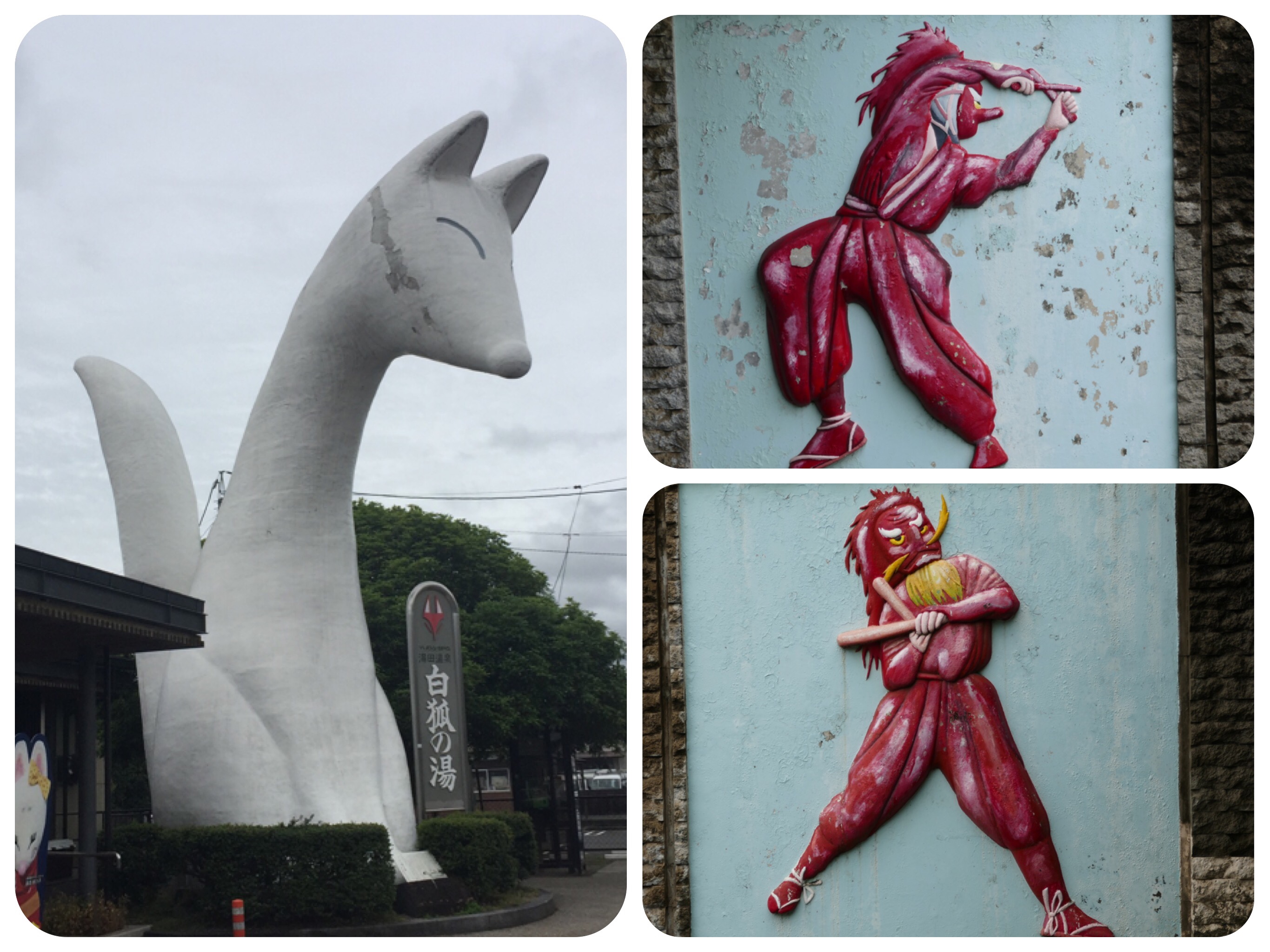 Day 25 – The Chūgoku 33 Temple Kannon Pilgrimage, Japan – Continuing to Walk on a Rainy Day from Yuda Onsen Towards Ube

When walking a pilgrimage, one must expect some days to be more difficult than others.
Although today‘s walk was not on a difficult path, it was difficult for me.

I woke up with a sore throat and a feeling that I might be developing flu symptoms.
Perhaps it was bathing outdoors in the hotel’s hot springs in the wind and rain the night before, or perhaps it was just the demands of many long days of walking.

It was a cloudy and grey morning when we started walking southwest from the train station that we reached yesterday, towards the town of Ube, where Temple #18 is located.

The Azaleas are distinguished from the Rhododendrons by having only five anthers, or stamens, per flower.

It was a quiet walk, mostly along rural roads, with one major hill climb and an equally steep descent, before we reached the outskirts of Ube City.

Right before climbing the hill, I was really hoping to fine a cafe or a place to eat lunch and rest.
The only place that showed up on my map was closed because of “Golden Week,” a series of Japanese holidays that lasts a total of a week.

Golden Week this year is extra special, because it lasts a total of ten days and includes the day the current Emperor will abdicate his throne, and the coronation of his son as the new Emperor, the day after.

With the coronation of a new emperor in Japan, starts a new era.
The new era is called “Reiwa,” which means peace and prosperity.

We have been walking through the last days of the “Heisei” era, (“Achieving Peace”) which followed the “Showa” era (“enlightened peace”).

Many people travel during Golden Week, and the train stations, mainly in the big cities, are packed and experience major delays.

I have been surprised to see that most stores and shops in the rural stretch we have been walking were closed, with signs on the doors indicating they will open after Golden Week.

Just when I resigned myself to two more hours of walking without food or water, we came upon a tiny house with flags in Japanese advertising “Coffee” and “Lunch.”

We walked inside, hoping to find something we could eat.
Two friendly women had converted the kitchen and dining room of their home into a restaurant, and another friendly local woman was eating at the bar.
An old man was having a lunch set, which included a salad, a soup, a main course, dessert and coffee.

At first they were all surprised to see two foreigners with cowboy hats entering their tiny rural home, but our smiles and greetings in Japanese, made us welcome customers.

I did not need to look at the menu.
Every dish had chicken, pork or beef in it.
I simply asked her if she can make us a salad and a toast with coffee.

She brewed us a fresh pot of coffee, and asked her other customer to serve it to us, when it was ready.
The lunch was good.
The tomatoes from her garden were really fresh and sweet, and she also gave us a mochi dessert, cut fruit and a taste of some cherry honey.
When I asked to pay for the meal, she asked me if $5 per person was OK or was it too much?..

The biggest question on their minds, was WHY….. why are we walking here at all?
Tourists usually stay around the places where there are many things to see and do.
Why were we walking up a steep hill with a big Cemetery on it, walking towards nowhere with nothing to see?

Even when we reach Ube, there is not much to see there.
No great museums or attractions, no reason to stay there.

The walk down the hill we had just climbed took us two more hours, until we reached the city of Ube.
I was hoping it would be pretty, but the downtown had a skyline that was dominated by smokestacks and a huge institutional-looking hospital.

The weather was getting grayer, and it looked like it would rain soon.
But before walking towards the train station to return to our hotel in Yuda Onsen, we made a stop at a charming herb farm that also operated a restaurant, cafe, bakery and a sweets shop.

They grew all their own vegetables, and served us an excellent herbal tea and a snack.
But best of all, it was a bright and spacious place to sit and rest.
Strangely enough, with my flu symptoms, I also developed my knee pain again.
My knee has been doing so well recently, and so I have not been putting on my brace or experiencing any pain.

It was raining hard while we sat in the cafe, but by the time we had left, the rain had stopped.
We walked to the train station and took the train back to Yuda Onsen.

I was so tired I slept on the train.
When we got back to our hotel, I did not go to the hot springs.
I took a hot bath in our room instead, not wanting to possibly infect anyone else in case I do develop the flu and these symptoms are not fleeting.

Jules suggested that we skip dinner, and just get fruit to eat in the room, but I had seen an Italian restaurant in town, that I thought could be very good.

It was our last night in Yuda Onsen.
Since we have already walked all the way to Ube City, we will be taking the train tomorrow to our hotel in Ube and starting to walk from there.

Jules did go to the hotel’s hot springs and said it was not full and quite enjoyable tonight.
We dressed and walked the kilometer to ” Il Secondo” (イルセコンド) restaurant.

Decorated in black and with a long bar overlooking the kitchen, “Il Secondo” turned out to be a really great restaurant.
The kitchen is run by three talented chefs, who produce really high quality food.

I was a bit dizzy and achy, but I really enjoyed watching them slice, cook, stir, torch and decorate some fine looking dishes.
Even the desserts were made from scratch, to order.

I was hoping tonight I would sleep well, and hopefully beat whatever is weakening my mind to cause me to feel ill.

I do have many doubts about what we are doing, but this is getting long, so I will write about that tomorrow.

Total distance walked on the pilgrimage so far: 520 Kilometers

Accommodation: Hotel New Tanaka in Yuda Onsen, Yamaguchi
A big hotel with a small hot springs, a bit run down.
Not recommended.