Day 23 – The Chūgoku 33 Temple Kannon Pilgrimage, Japan – A Long Day of Walking from Tokuji to Yuda Onsen, and Visiting Temple #16, Toshunji, In Yamaguchi 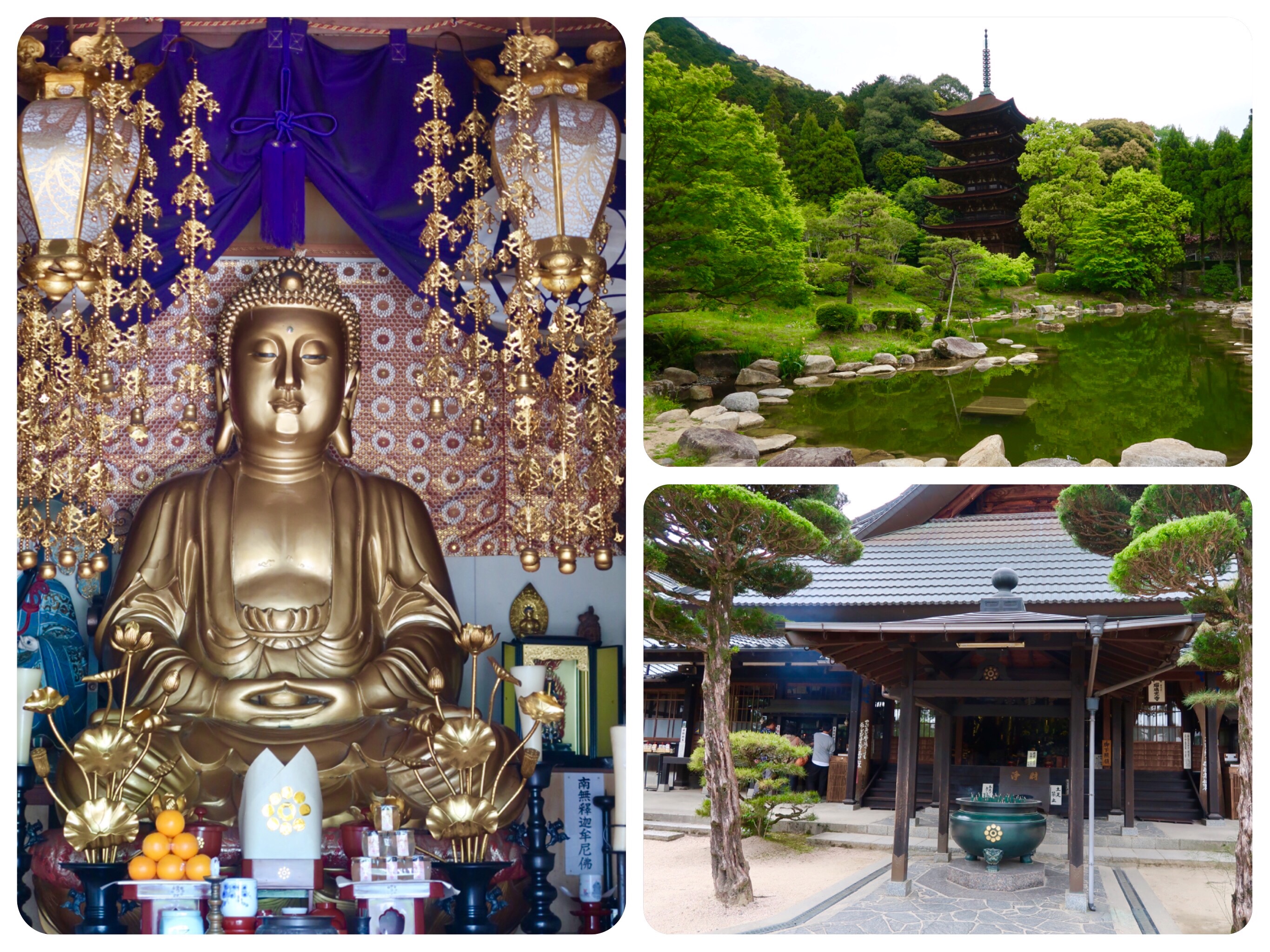 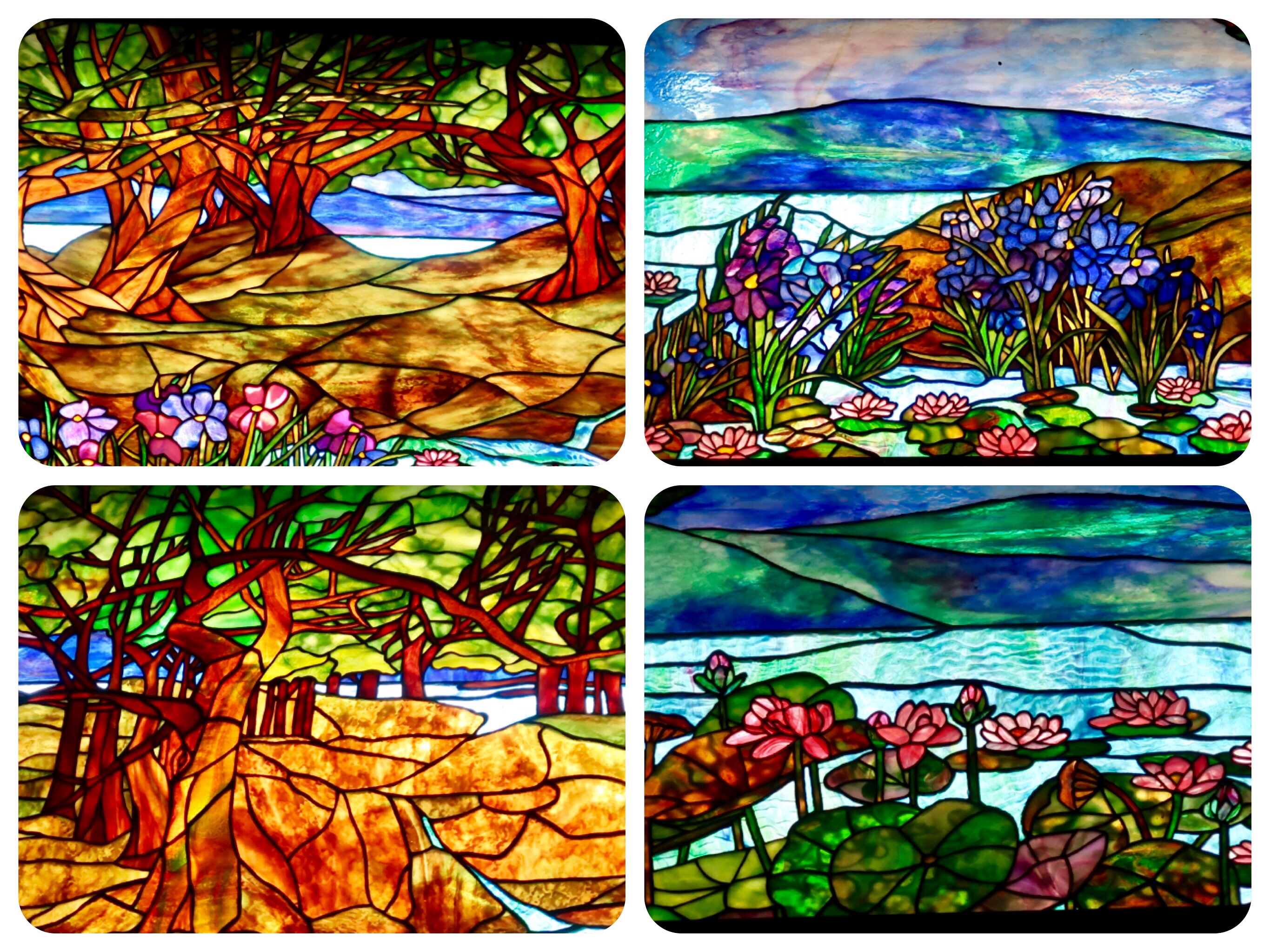 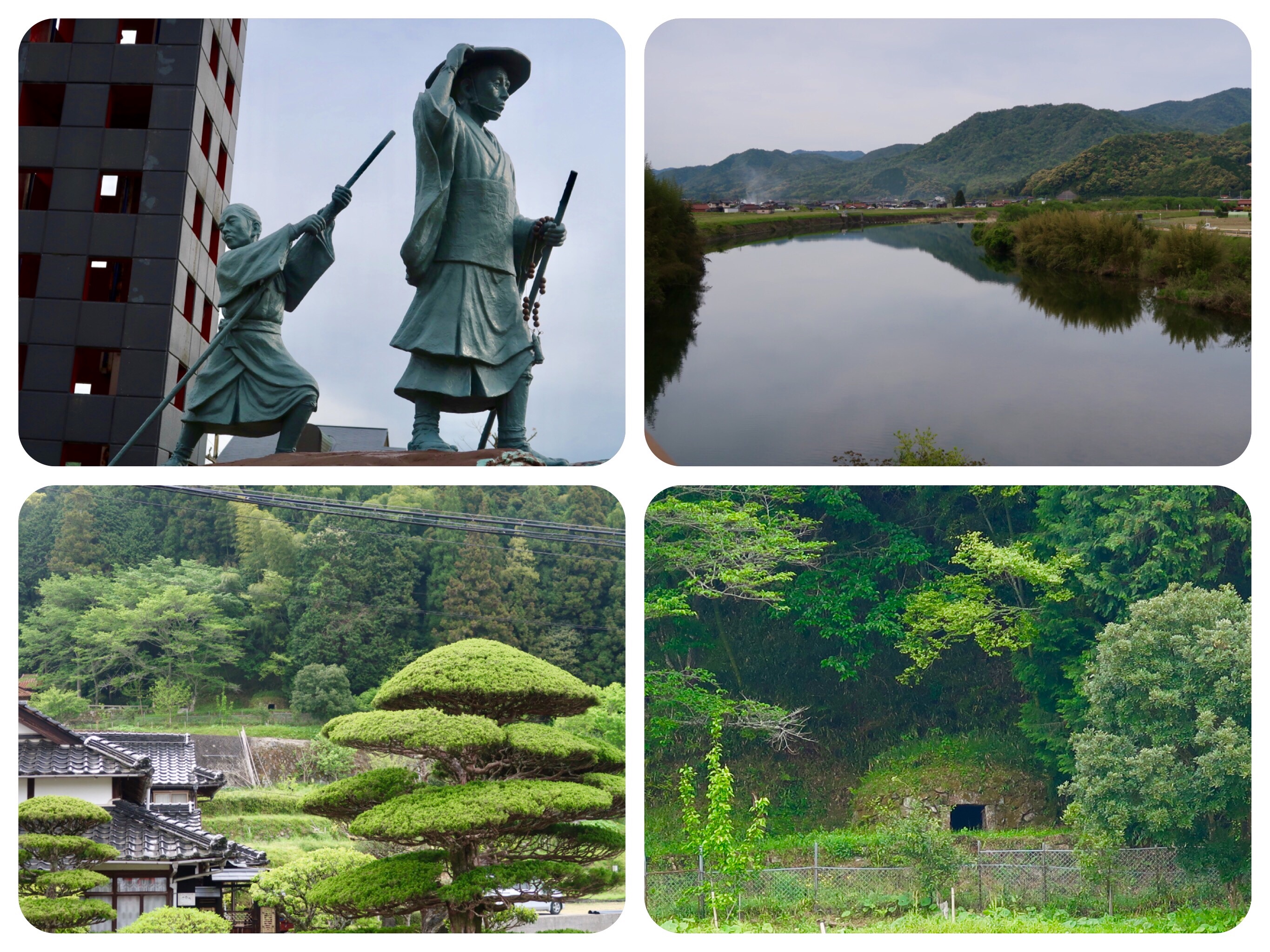 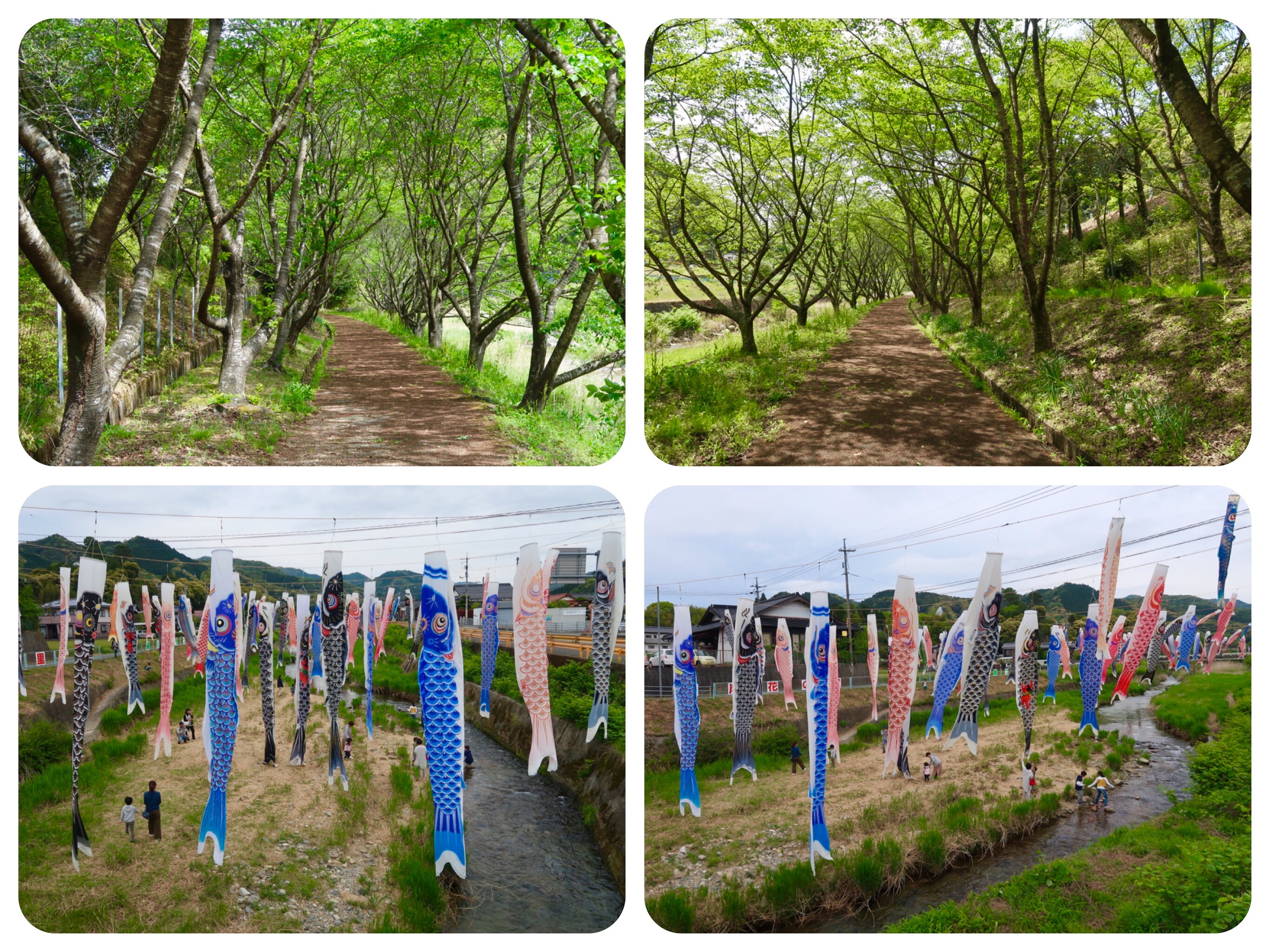 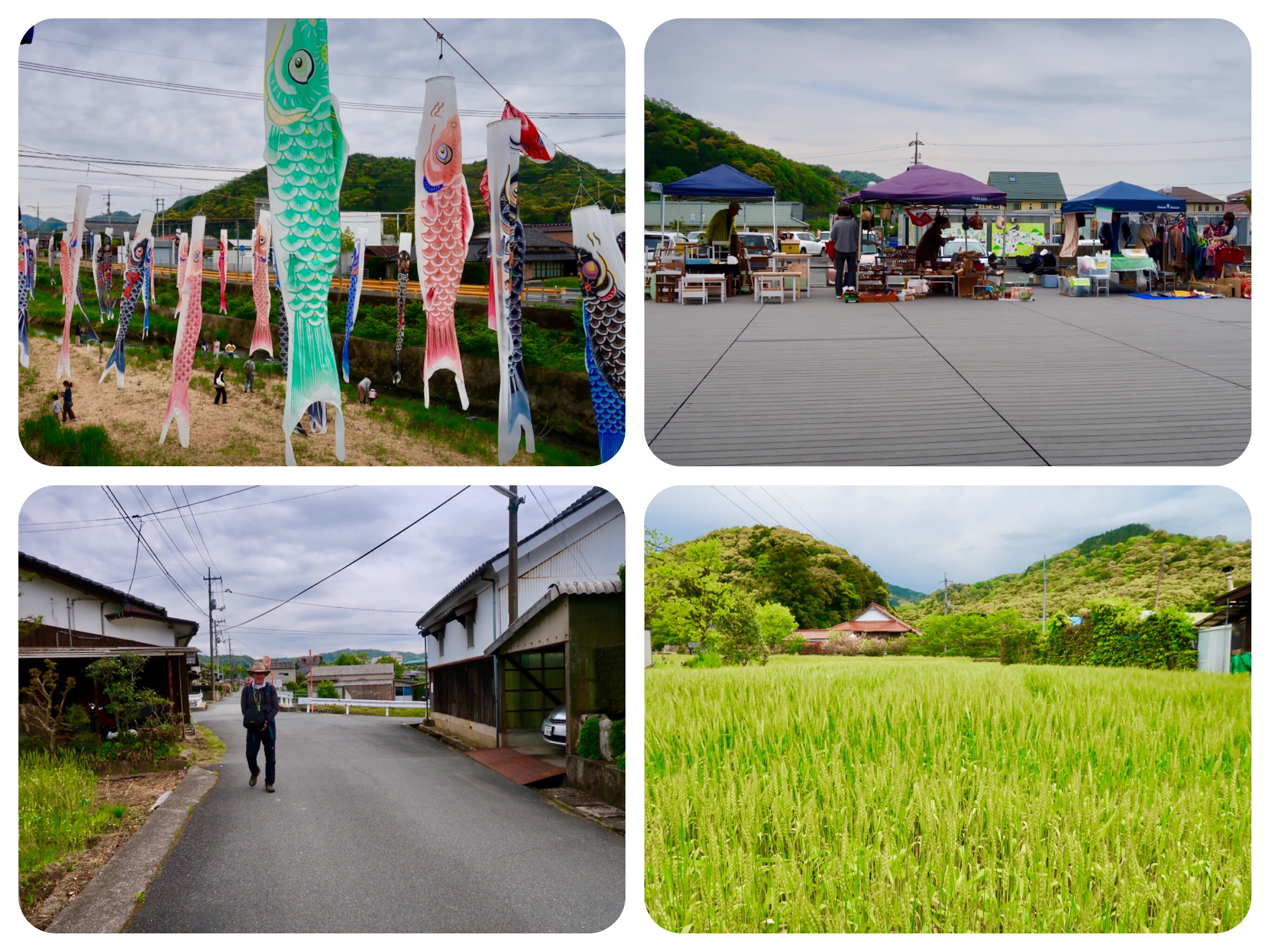 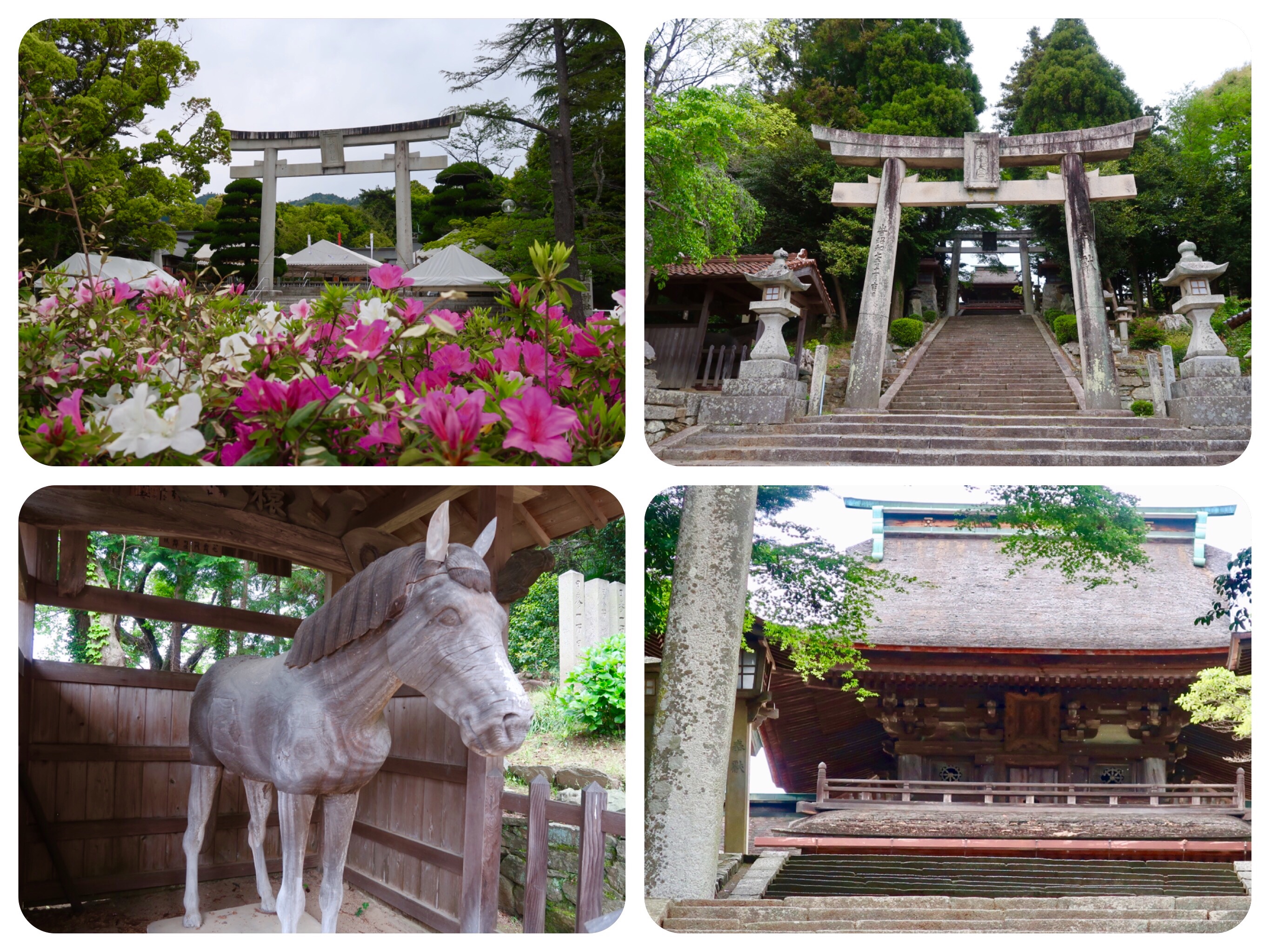 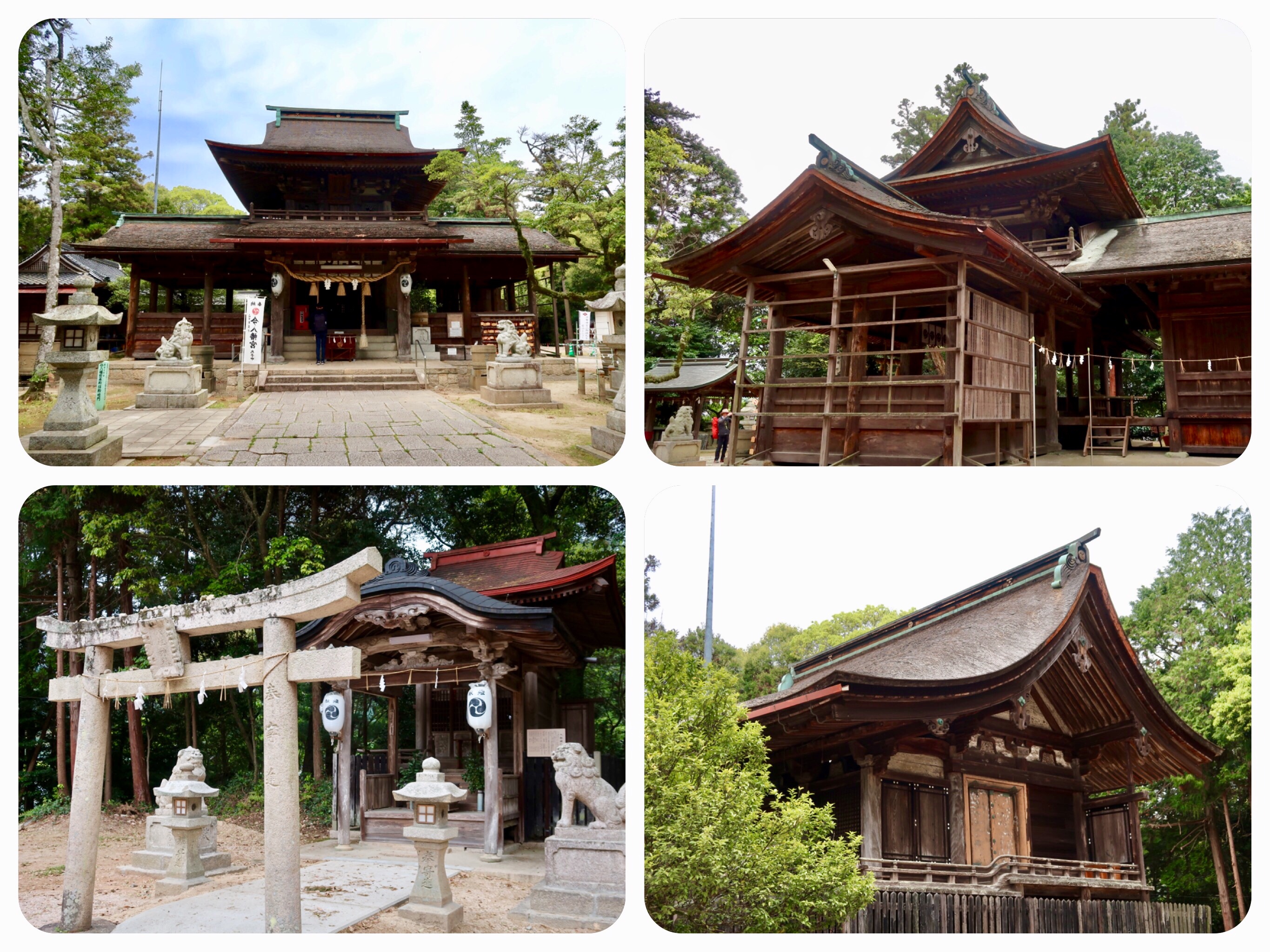 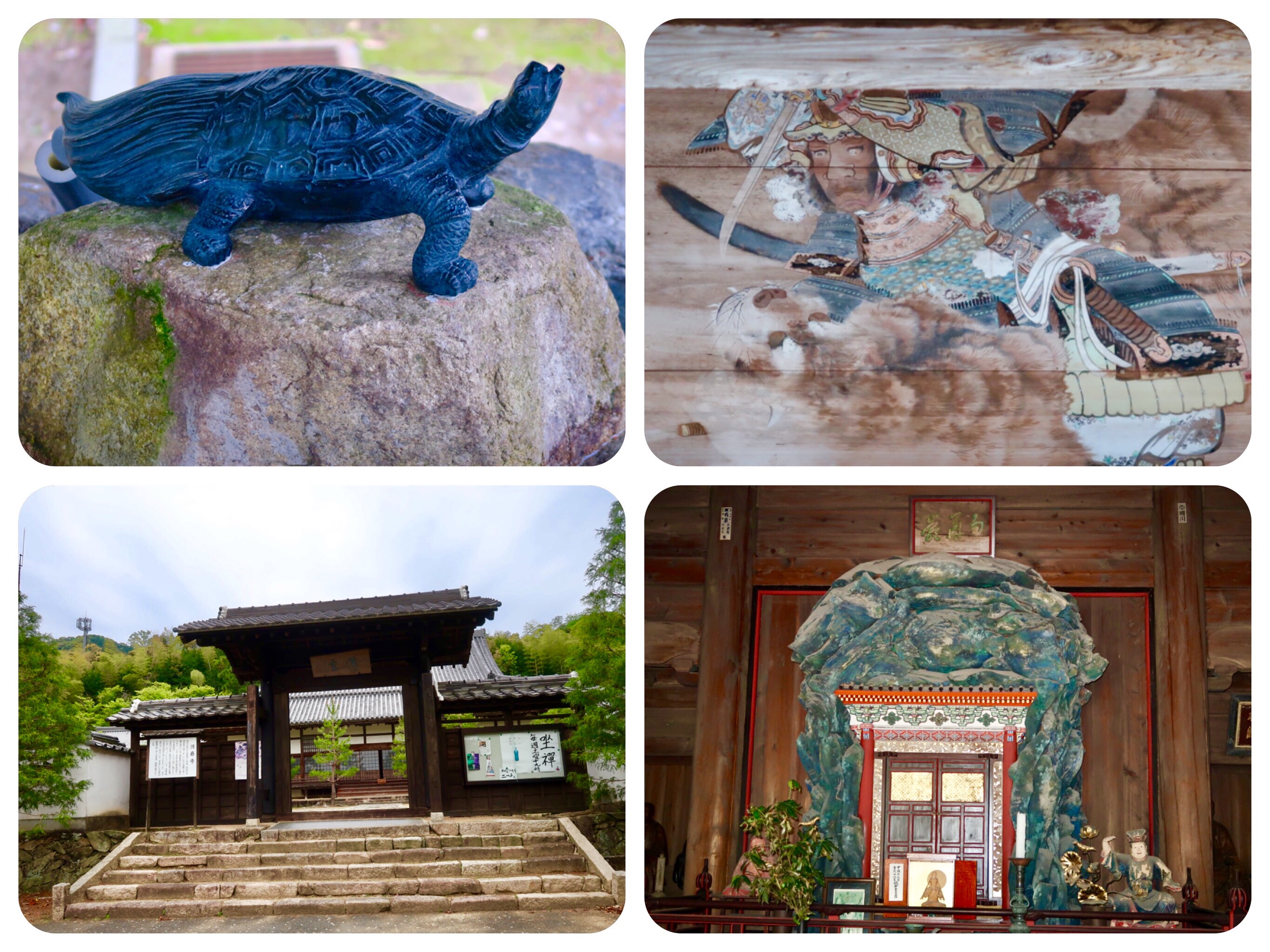 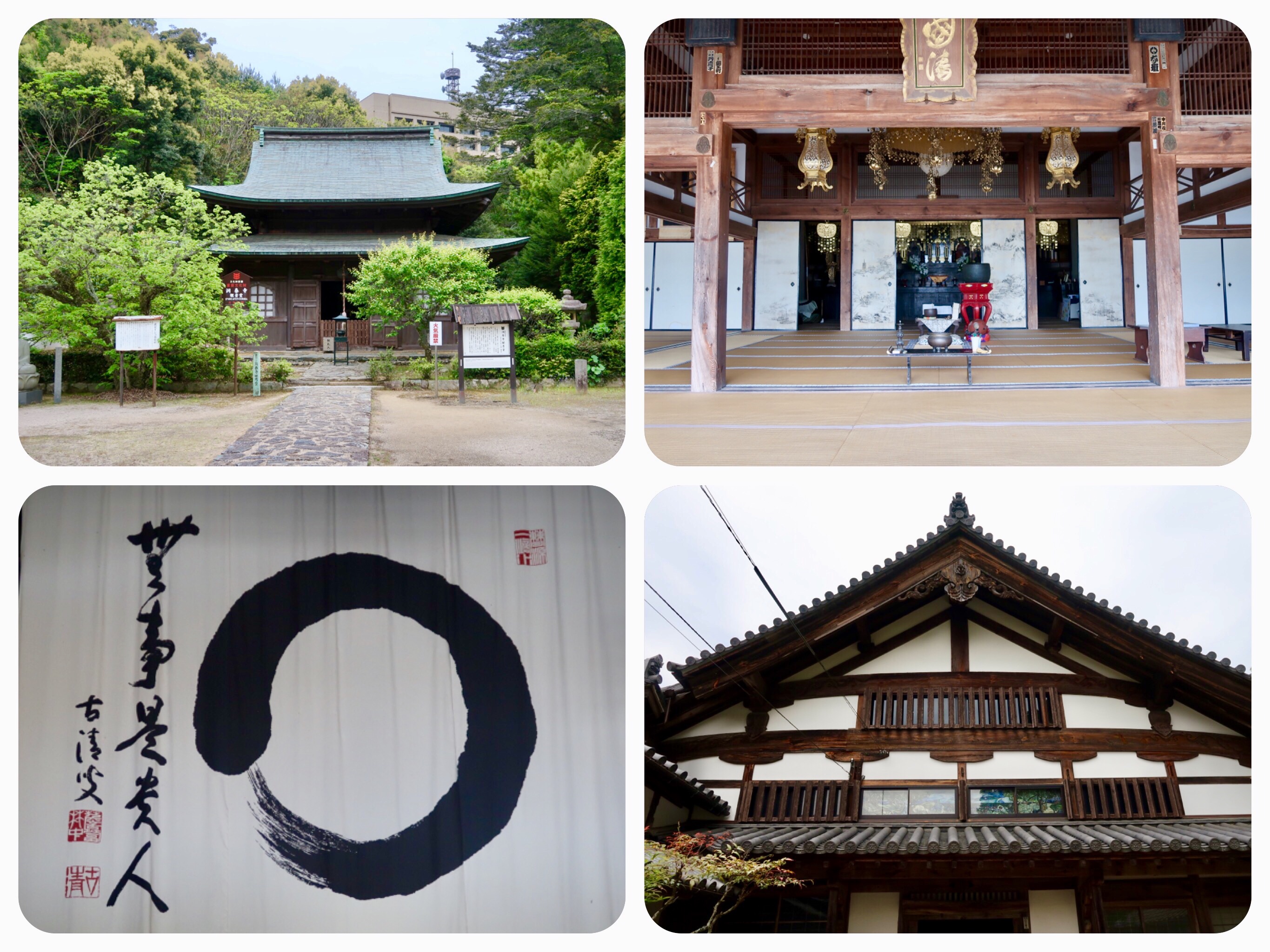 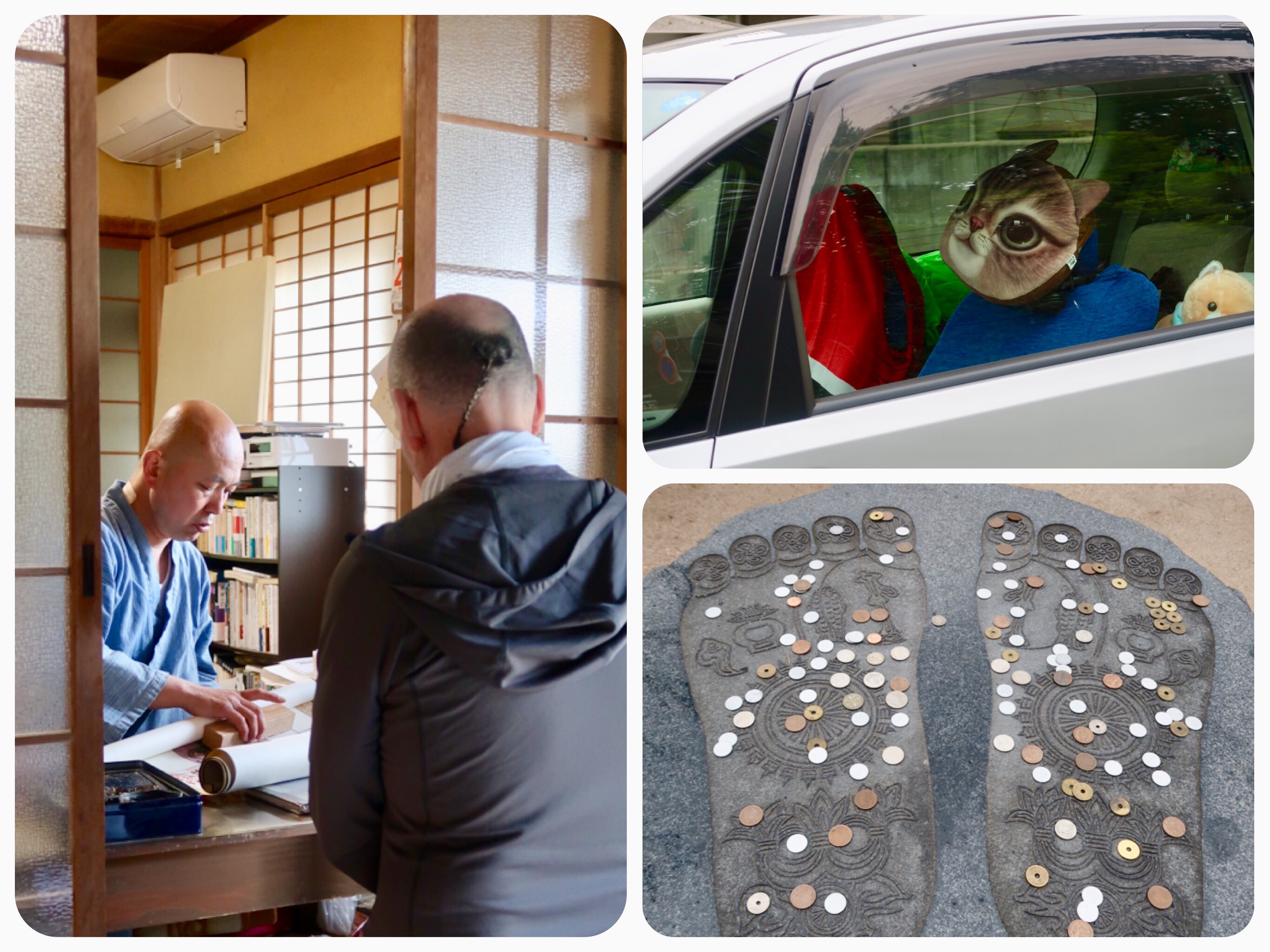 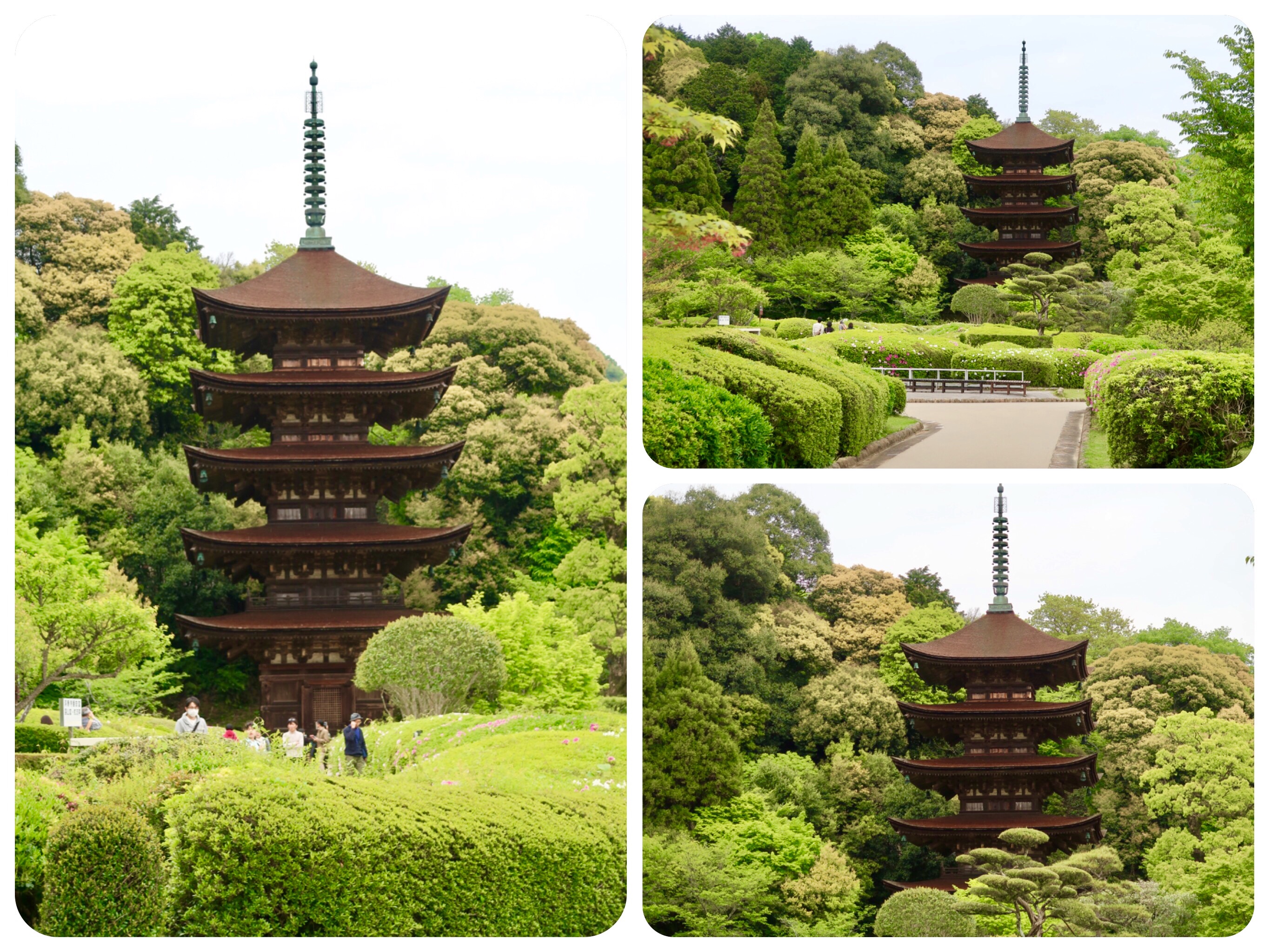 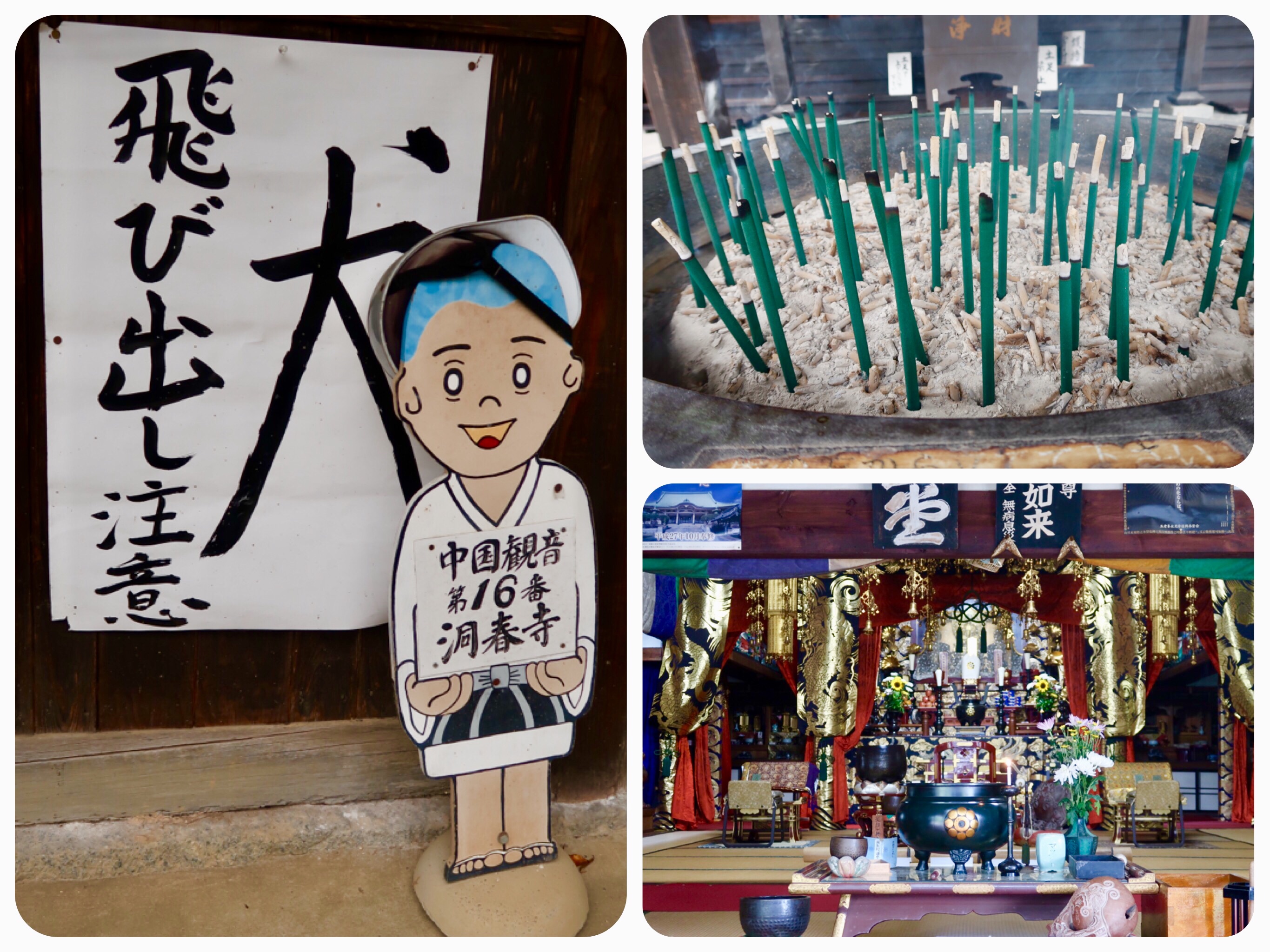 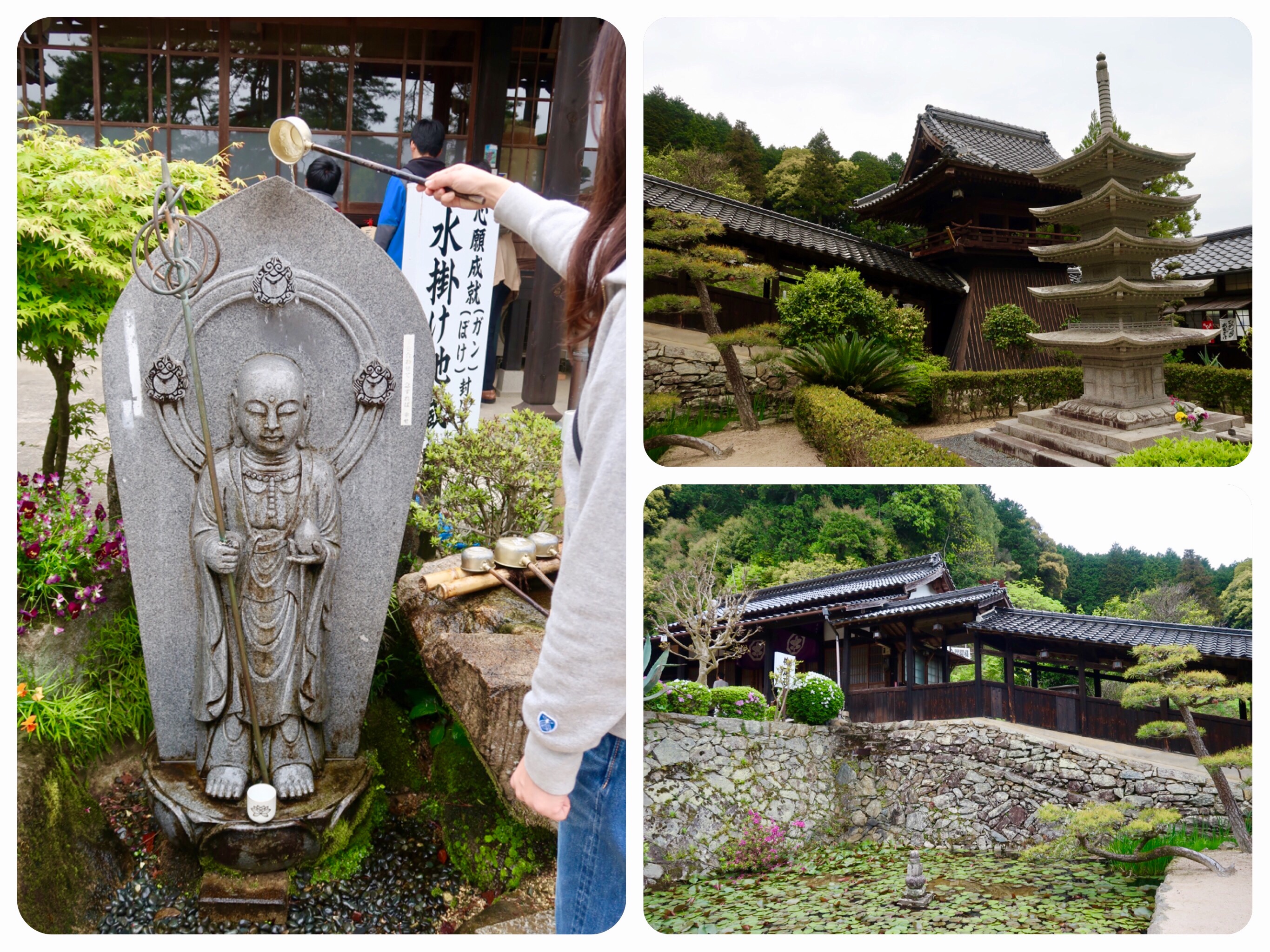 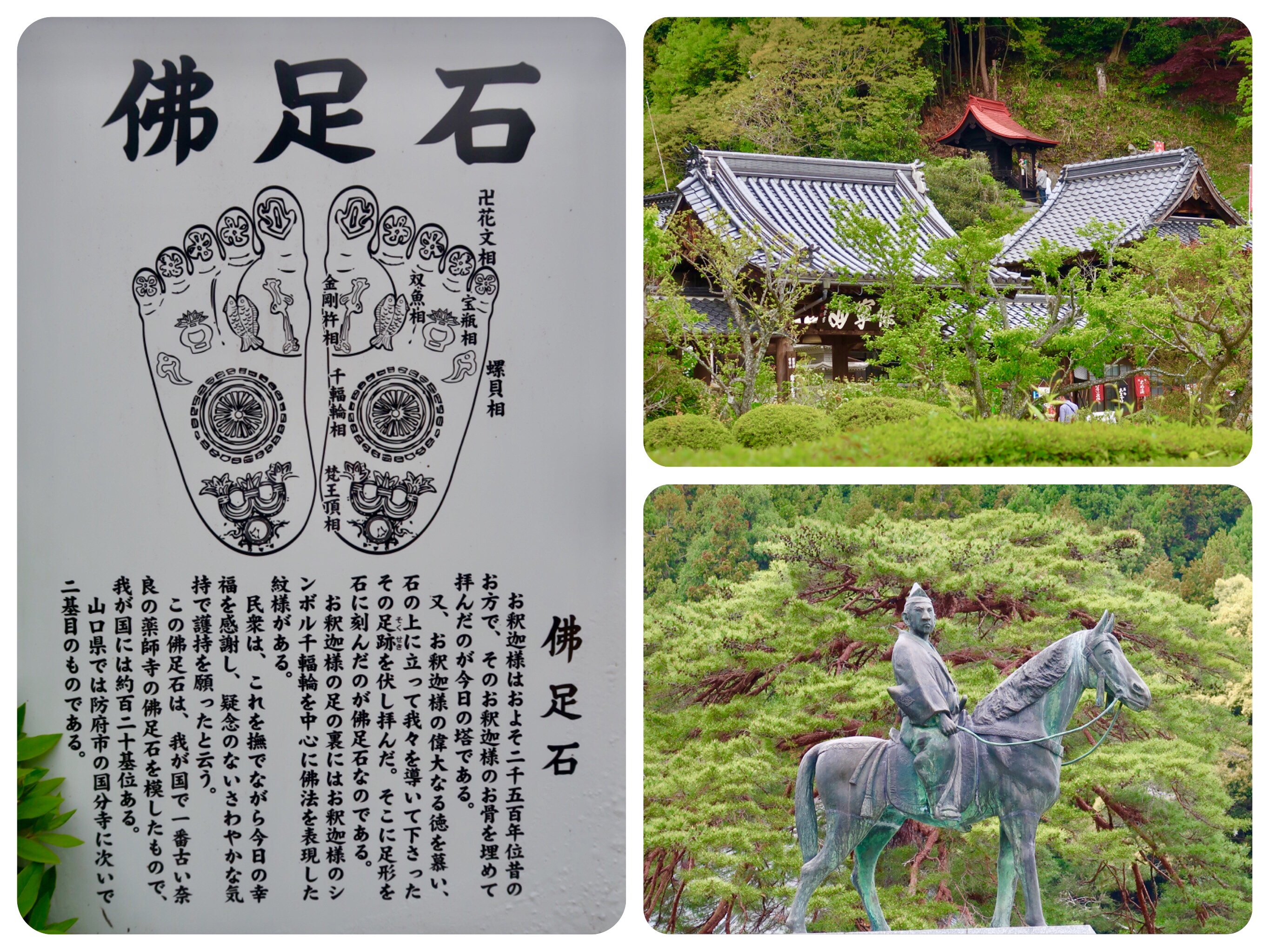 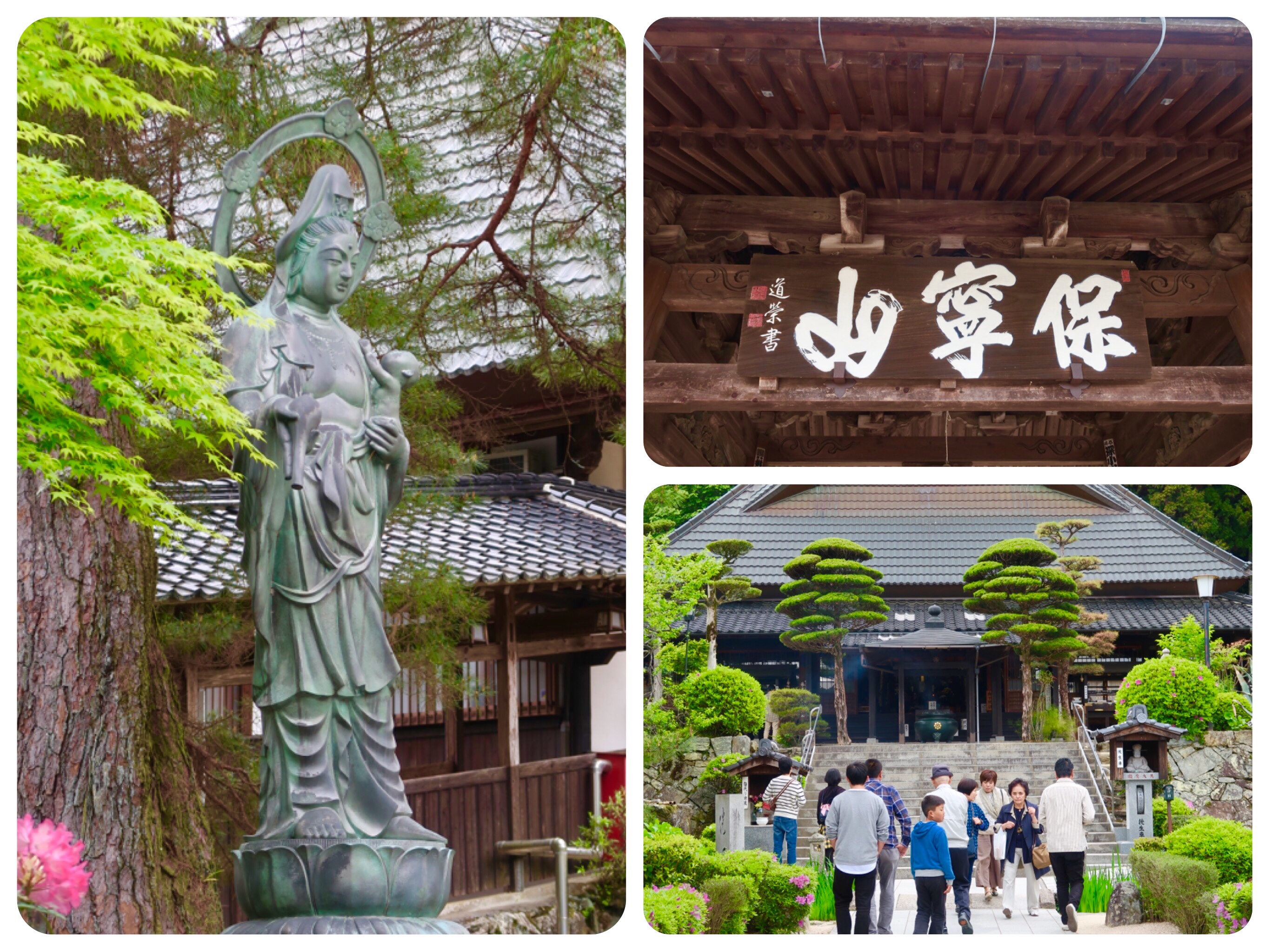 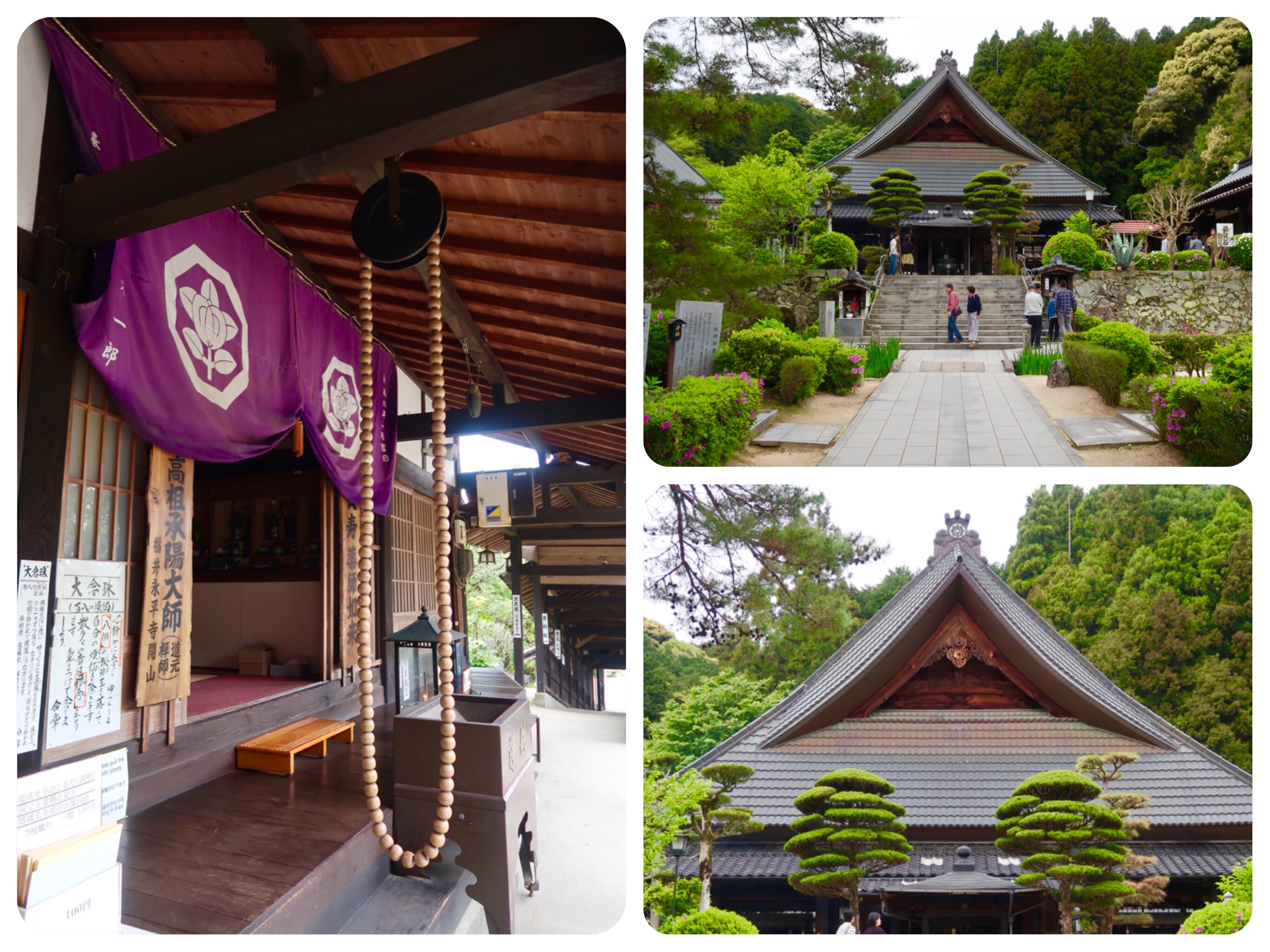 Day 23 – The Chūgoku 33 Temple Kannon Pilgrimage, Japan – A Long Day of Walking from Tokuji to Yuda Onsen, and Visiting Temple #16, Toshunji, In Yamaguchi

Today was a very hard day of walking, which included two mountain passes.

We started the day early, knowing that we would have to cross a mountain range today.

The lovely man who owns our Ryokan guesthouse made us a very nice, hot breakfast of miso soup, rice with pickled wasabi greens, an egg, and a slice of cooked salmon.
We paid our bill, thanked him, left him a small gift, and started walking out of town.

Almost immediately the road got steeper, and we walked up and up for nearly two hours.
It was a cold morning, but the vigorous climbing made us hot enough to take off our windbreakers.

It was nice to finally be at the top of the pass.
We mostly walked alongside the busy main road, but at least we always had sidewalks.

Once again, there were basically no places to stop today, until we came to a farmers market in the mid-afternoon, where we could sit for a few minutes, fill our water and eat the various snacks we had with us.

The weather forecast was calling for a dry day today, followed by three days of rain.
Our plan was to walk through the mountains, to Yamaguchi, where two more temples on our pilgrimage are located.

We knew that since we had started walking so early in the morning, we had a good chance of visiting temple #16, Toshunji, before it closed, and even to walk around the famous park and see the five story pagoda on the grounds of another Buddhist temple, located just beside it.

We arrived in Yamaguchi and made our way to the temple.
There was a long tunnel on the main road, so we took side streets to avoid the tunnel.
It turned out to be an area occupied by army barracks, with camouflaged tanks and jeeps and buildings behind barbed-wire. I was happy when we walked out of that area.

As we made our way towards the temple, we passed by some old and very beautiful Shinto shrines, so we stopped to pray and enjoy their beauty and harmony.
We remarked that it is rare to see so many grand shrines in such a small place in Japan.

The reason for this is that Yamaguchi is an historically important town in Western Japan.

Yamaguchi (山口) was founded by the Ouchi family in the 14th century.
It is known as the seat of power of the powerful Ouchi shogunate (lords).

Yamaguchi grew to culturally rival the war torn capital of Kyoto during Japan’s age of warring states.
The city became known as the “Kyoto of the West”.

The Mori family succeeded the Ouchi as the local feudal lords, and made nearby Hagi the seat of their rule.
We will get to Hagi later on in our pilgrimage, where there are three more temples that are part of our pilgrimage.

The Mori family of lords played a leading role in the Meiji Restoration period in Japan (1868), which brought Japan’s feudal age to an end.

We turned into an alley, where young kids on skateboards played around in front of what looked like a school building.
Most of them wanted to know our names and our our country, and said:
“Herro! herro!”
We said hello back, and taught them how to ask “How are you?” in English.

Jules was sure that we were not at the right place.
This was a very unlikely entrance to an old temple.
But a sign clearly indicated that we were at temple #16, Toshunji.

The temple is an unassuming collection of buildings, which was founded early in the 14th century.

The priest lives there with his aged mother.
They sat in the office room, which the mother also uses as her bedroom.

He stamped our book and scroll and asked us many questions.
He repeated the answers to his mother, who sat at the low table, her legs covered with a blanket, while she was reading a newspaper and listening to Opera music.

Above the entrance were beautiful stained-glass windows, that an American glass artist had made and donated to the temple.
The priest told us that the nature scene in these windows depicts the Buddhist Pure Land Paradise.

Across from the windows hangs a huge fabric calligraphy painting that is two hundred years old.
It has a black circle in the middle, and the priest told us that it is a painting that represents “Enlightenment” (satori).

We told him that Enlightenment is our purpose in walking the Chūgoku pilgrimage, and he wished us strength and blessings.

We let him listen to the recording of the Buddha’s Heart Sutra by a Buddhist priest which we chant along with on my ITunes.
He listened to it with amazement and much joy, amazed that we can join in the chanting.
“Look, look,” he told his mother “They can chant the Hanya Shingyo Heart Sutra.”

We performed our rituals by the main hall, said our blessings and prayers, lit some incense and Jules did his video diary, which he does at all the temples we visit, and which I will post on YouTube after we return home.

From there, it was a short walk to Ruriko-ji temple, and the beautiful Five Story Pagoda, which is the pride of Yamaguchi.
This temple had lots of people visiting and praying.
In fact, it was packed with families.

After visiting the temple, we sat in the temple cafe and had hot Amazake (a sweet rice drink).
Then we had a late lunch at a soba noodle restaurant down the road from the pagoda.

It was a very good soba noodle restaurant, with a variety of dishes that I have never seen before.
I ordered a hot soba dish that included buckwheat noodles cooked in a wood bucket and served without rinsing the water off.
It was strange but yummy.

The walk to the hotel was another six kilometers, and it felt very long after being on our feet all day.
We stopped at the Starbucks in the middle of town, and had some hot tea.
We were truly exhausted.

My legs were shaky when we got to our hotel.
It was cold, and we changed into Yukatas and went to the hot spring baths.

The women’s bath was not very large for such a big hotel, which meant that it was a bit too full.
Most of the Japanese women did not wash throughly before entering the Onsen bath.
Some barely rinsed their genitals.

I was not comfortable with that at all.
There were signs in English, Korean and Chinese, asking women to wash well before soaking in the hot springs, but no signs in Japanese.
I guess they think all Japanese people know the rules and obey them.
Not so at all….
I almost did not want to soak there, but my feet were throbbing and it was a relief to soak them.

Our hotel is not a very good choice of a place to stay in the Yuda Onsen area.
Our room is comfortable enough, with clean sheets and enough space, but the hotel feels a bit run down, and I regret booking it.

That night I slept with my legs elevated on the wall for half of the night.
My feet were throbbing, and I was also thinking of the next three days of walking in the rain, which made my sleep a bit fitful.

Wishing you a great day and many blessings,
Tali

Total distance walked on the pilgrimage so far: 474 Kilometers

Accommodation: Hotel New Tanaka in Yuda Onsen, Yamaguchi
A big hotel with a small hot springs, a bit run down.
Not recommended.