The Last Sanctuary House of Mother Mary, Near the Ruins of Ephesus, Turkey 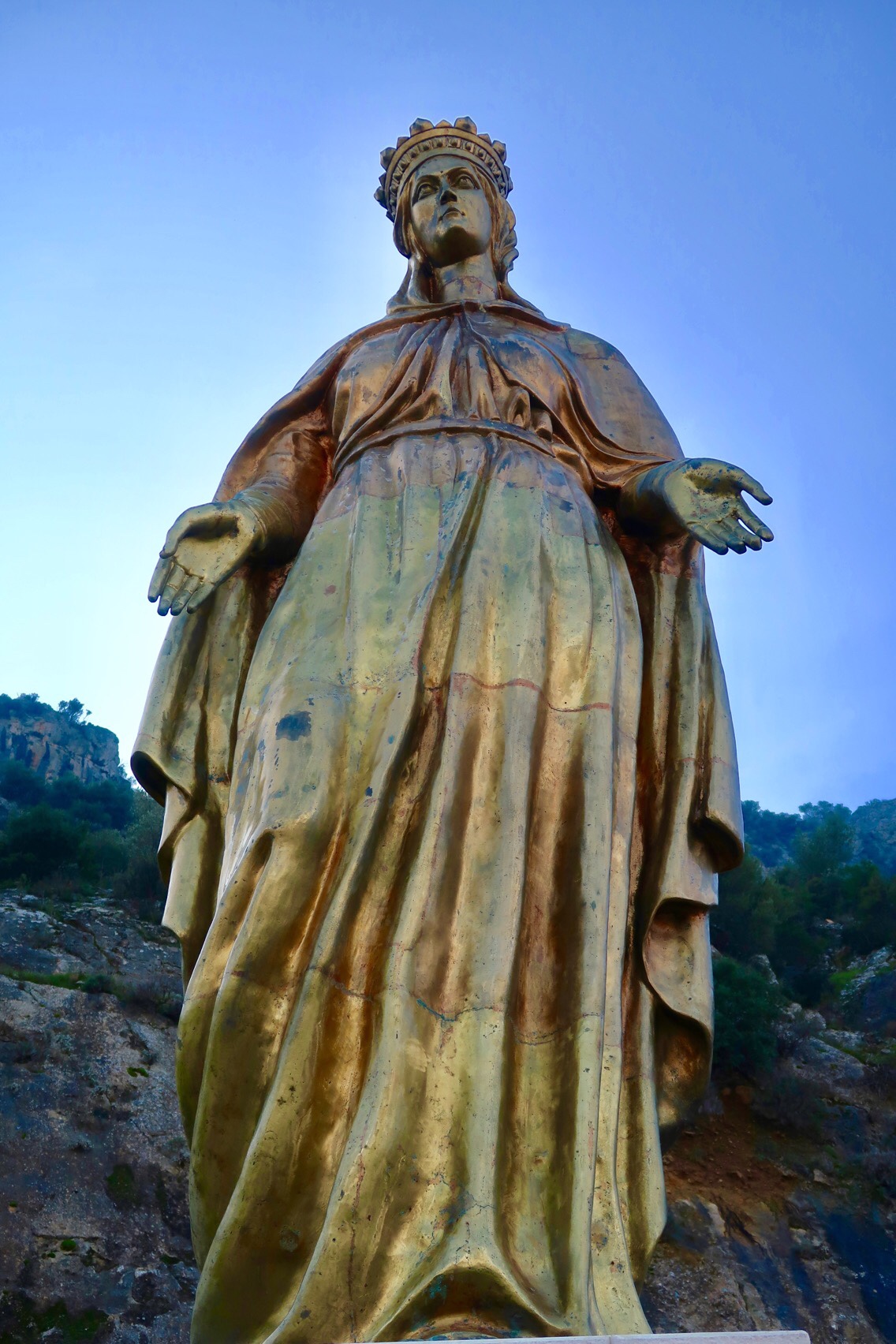 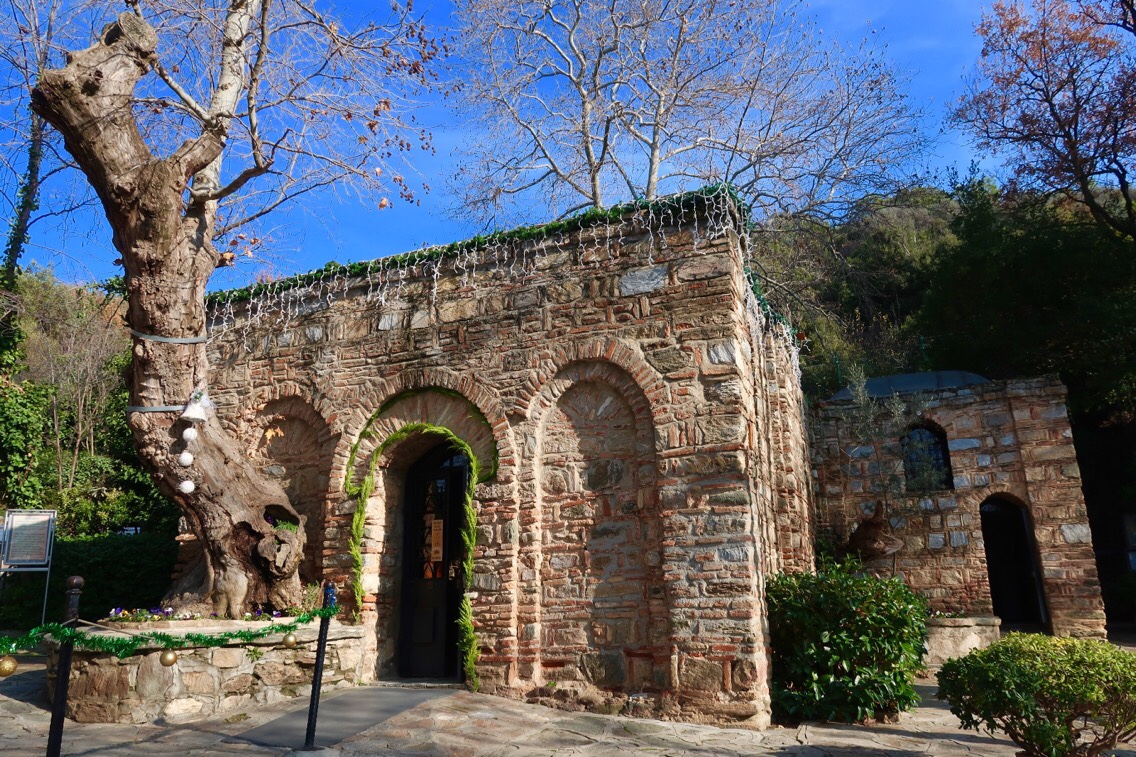 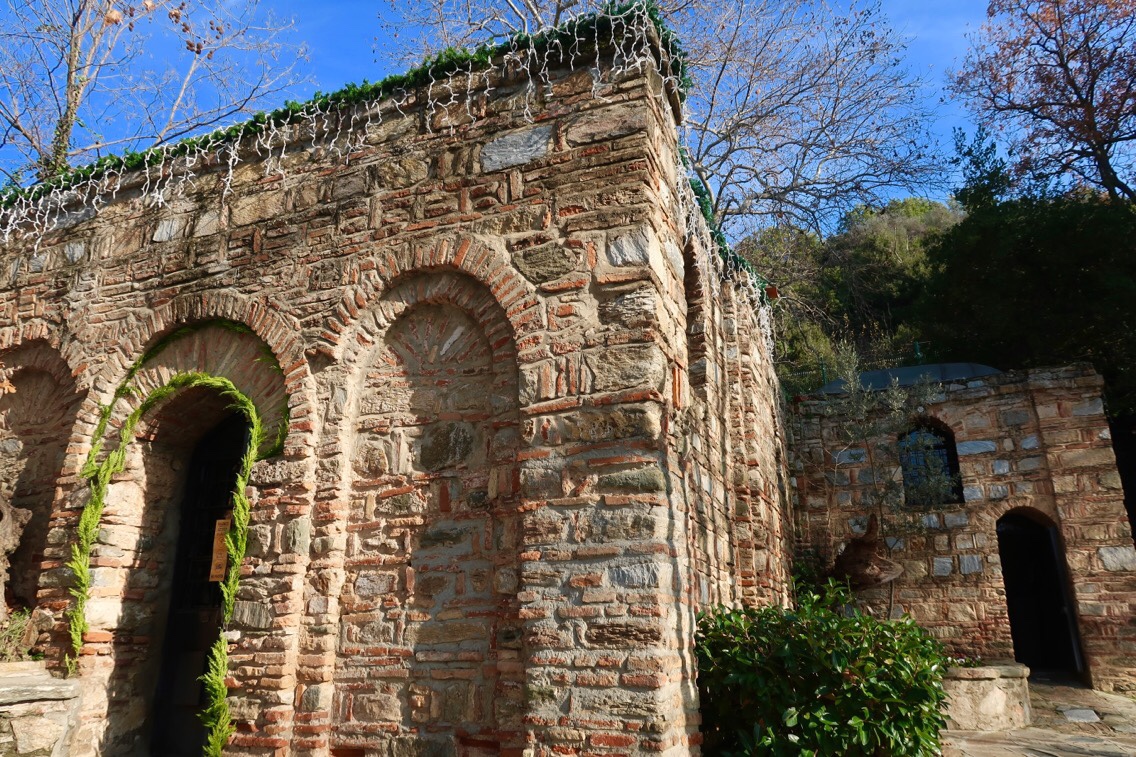 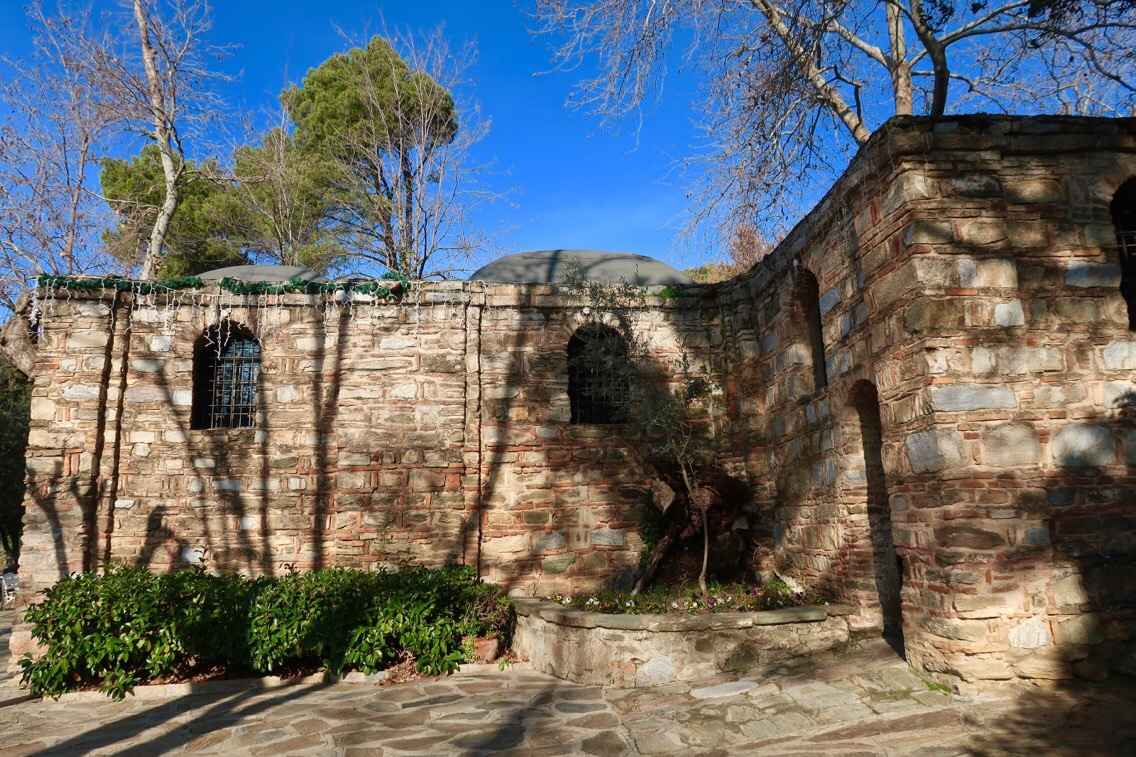 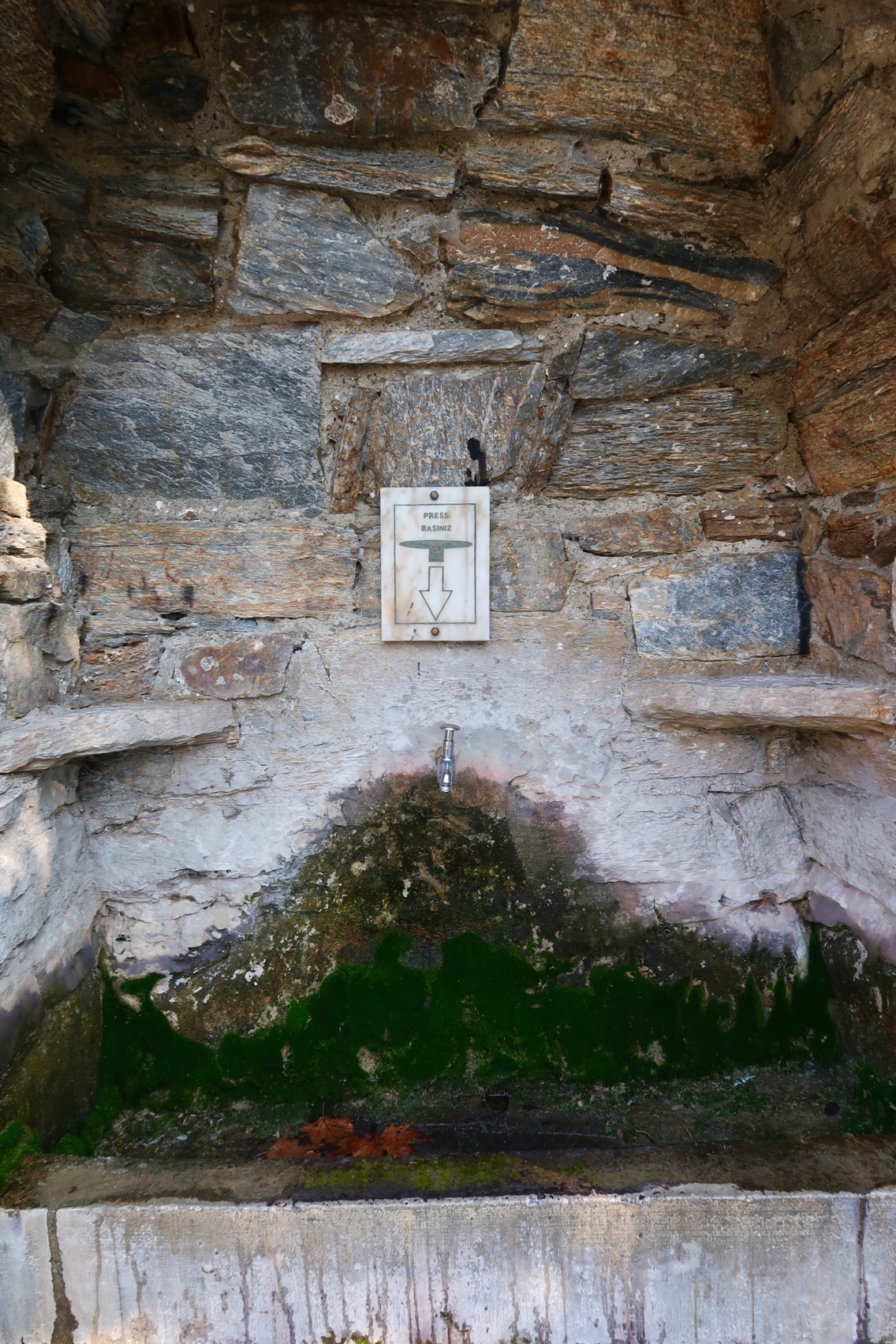 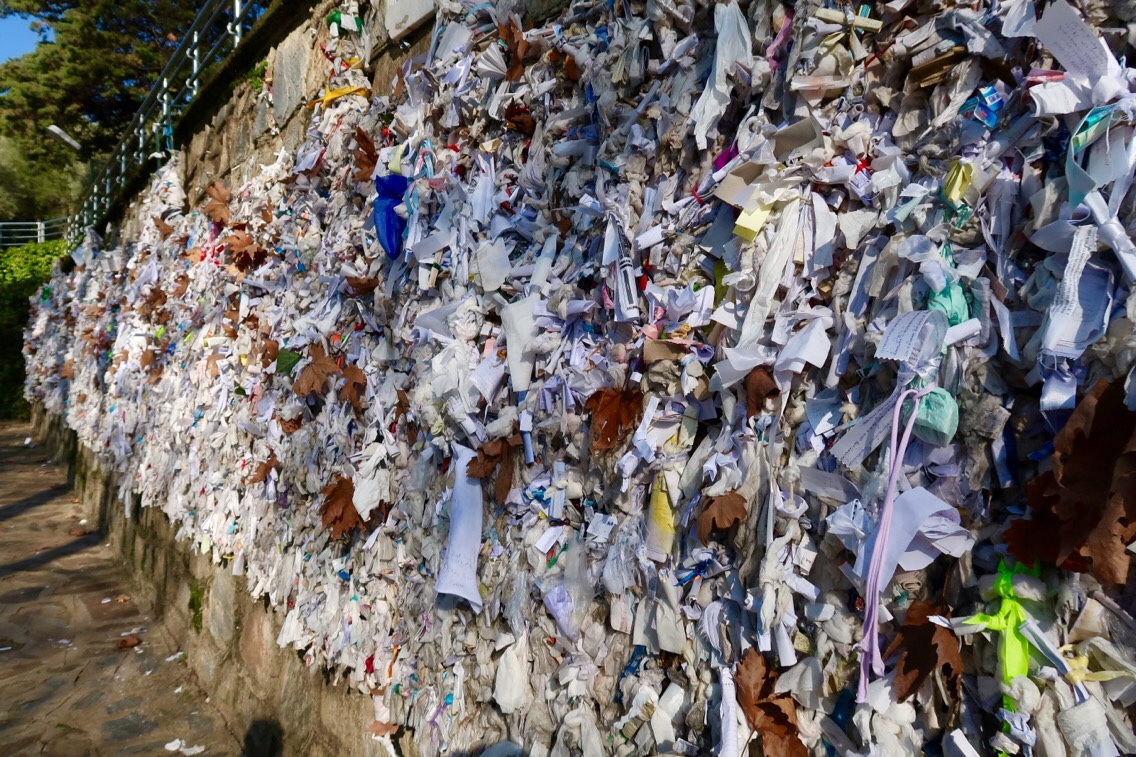 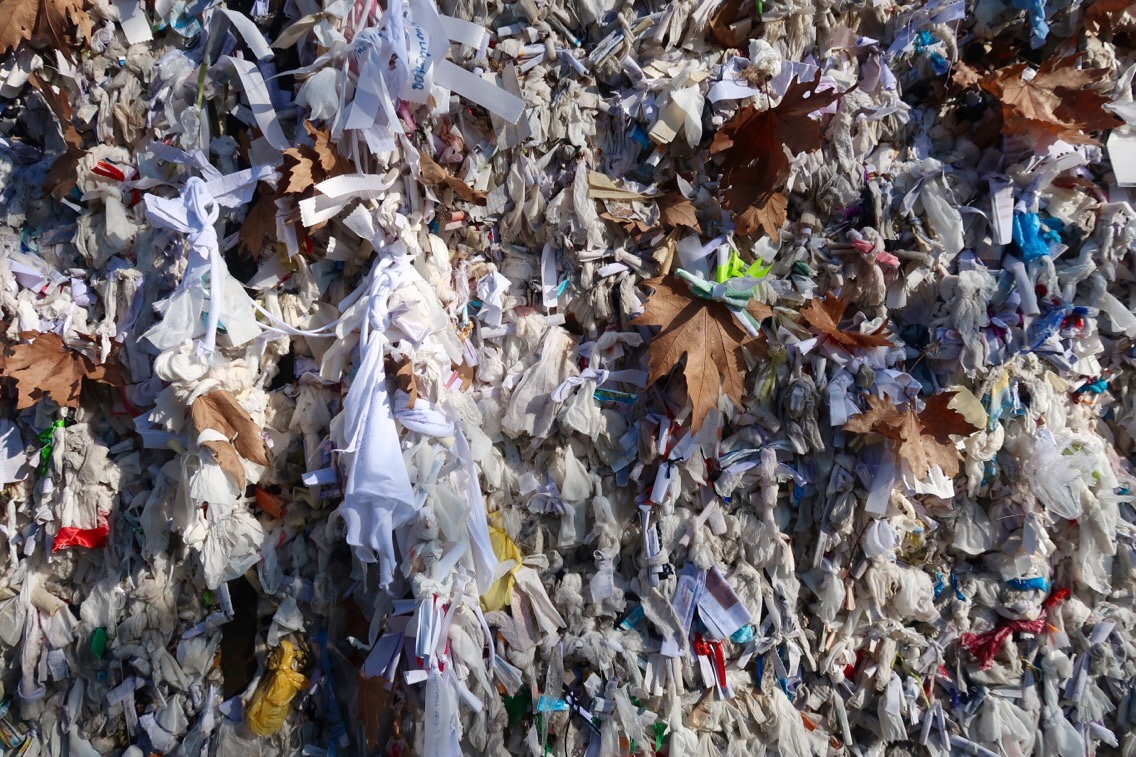 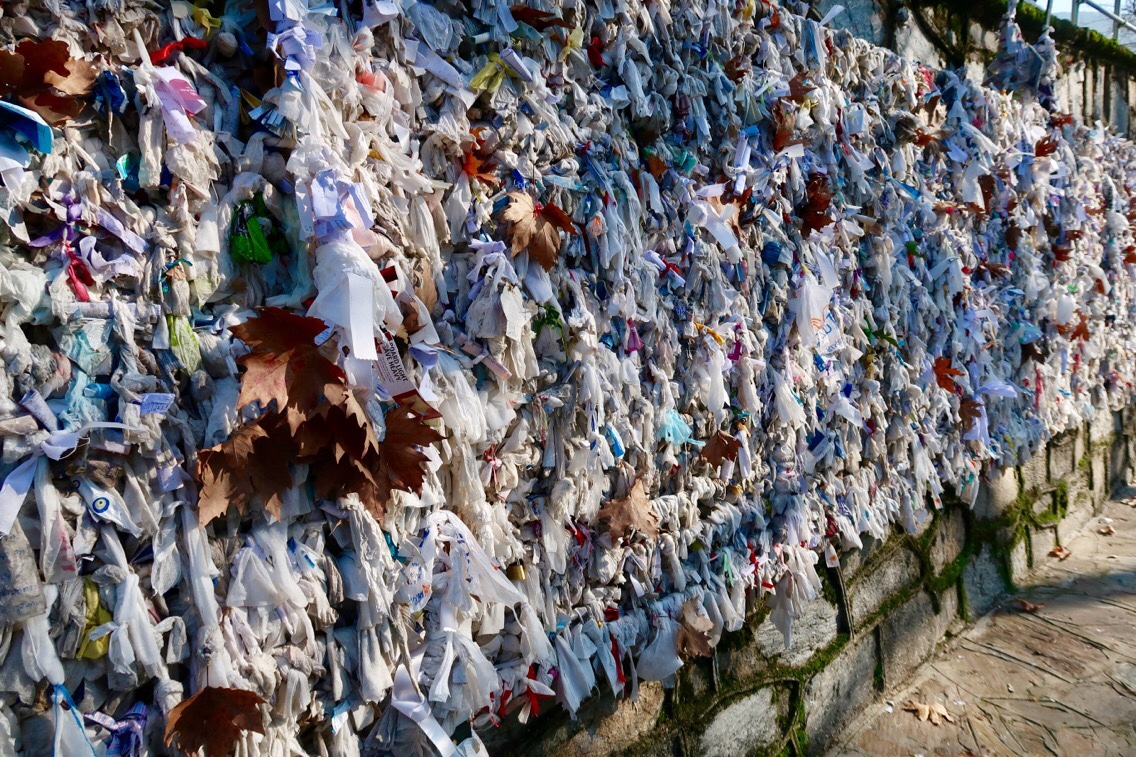 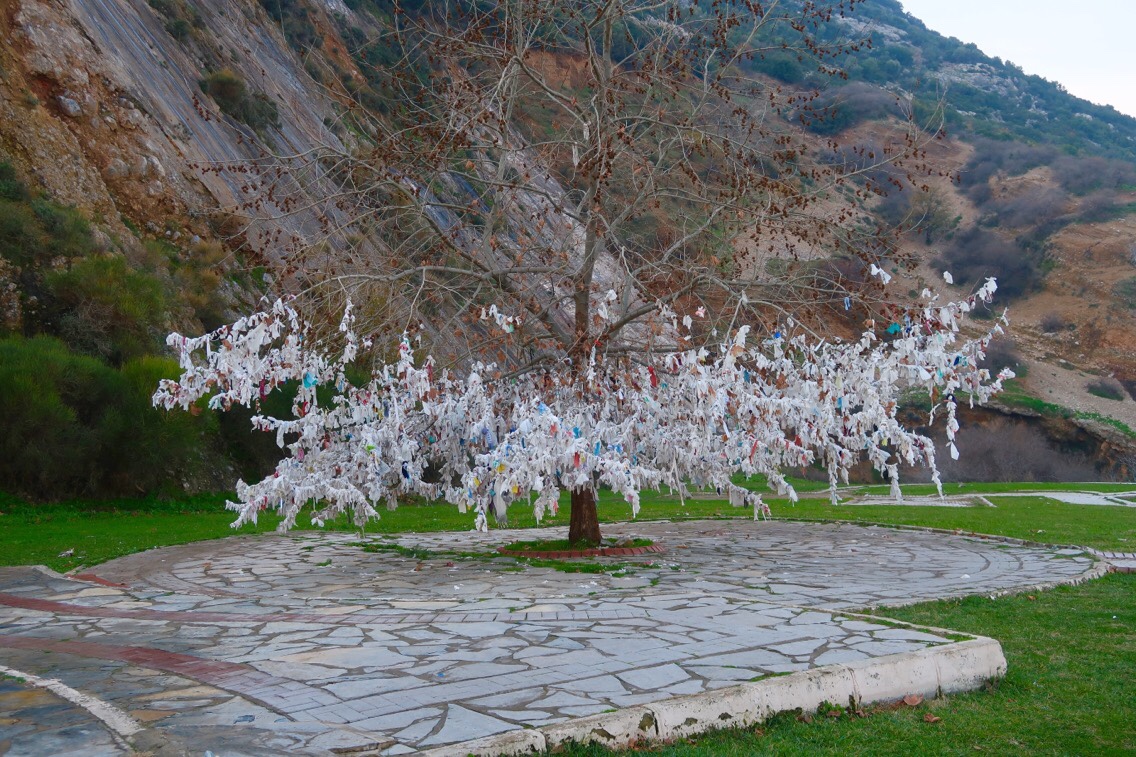 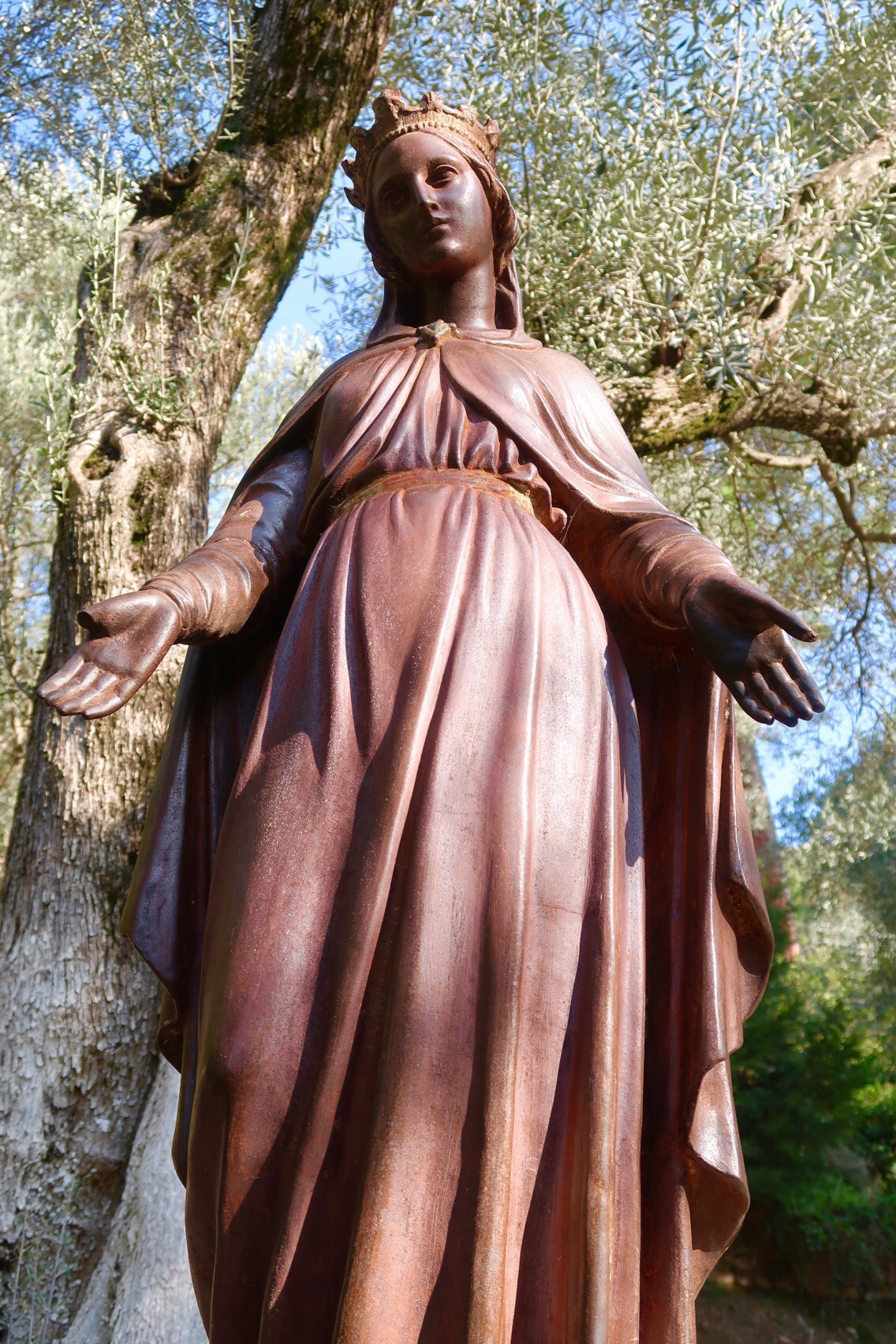 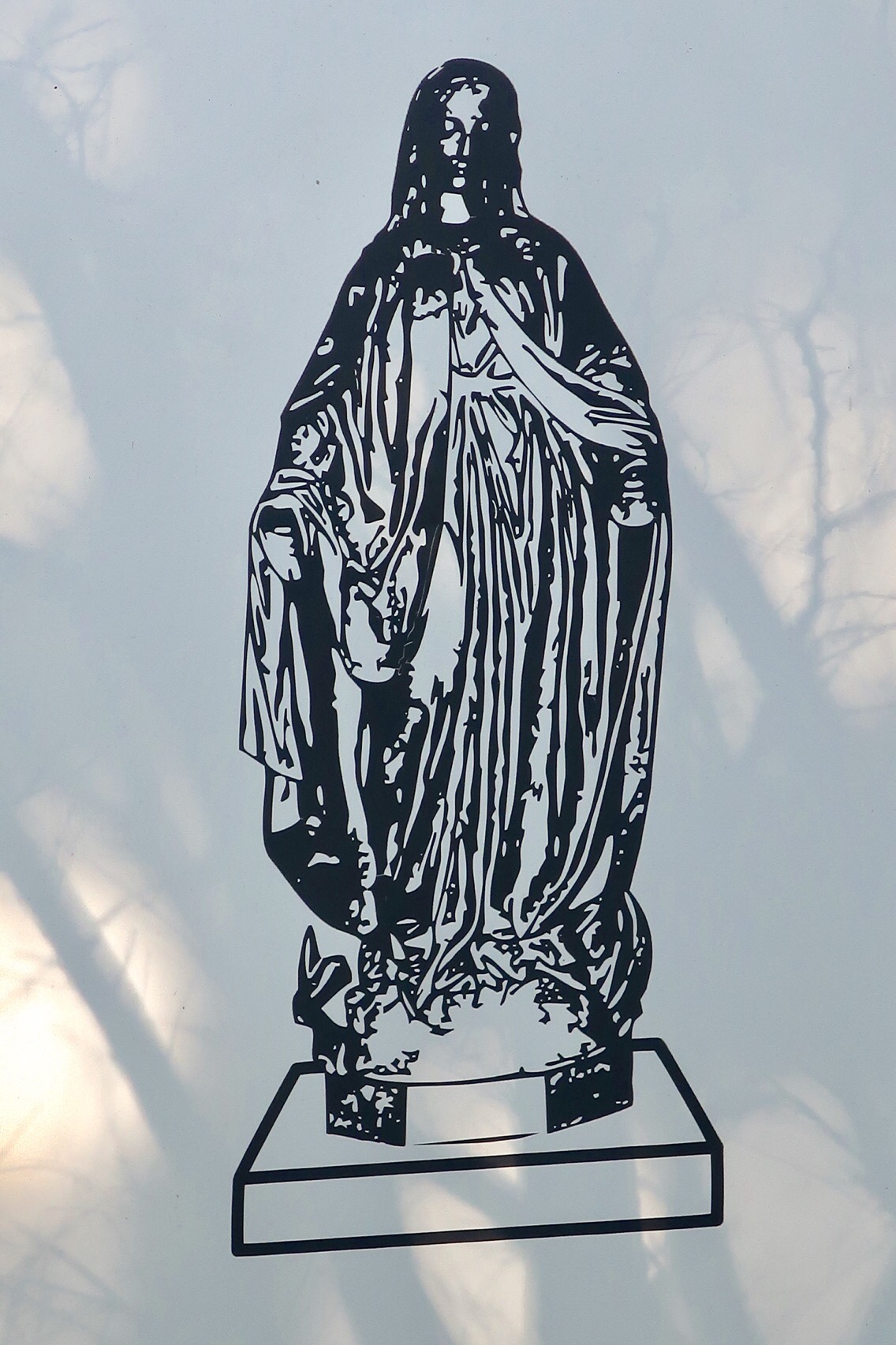 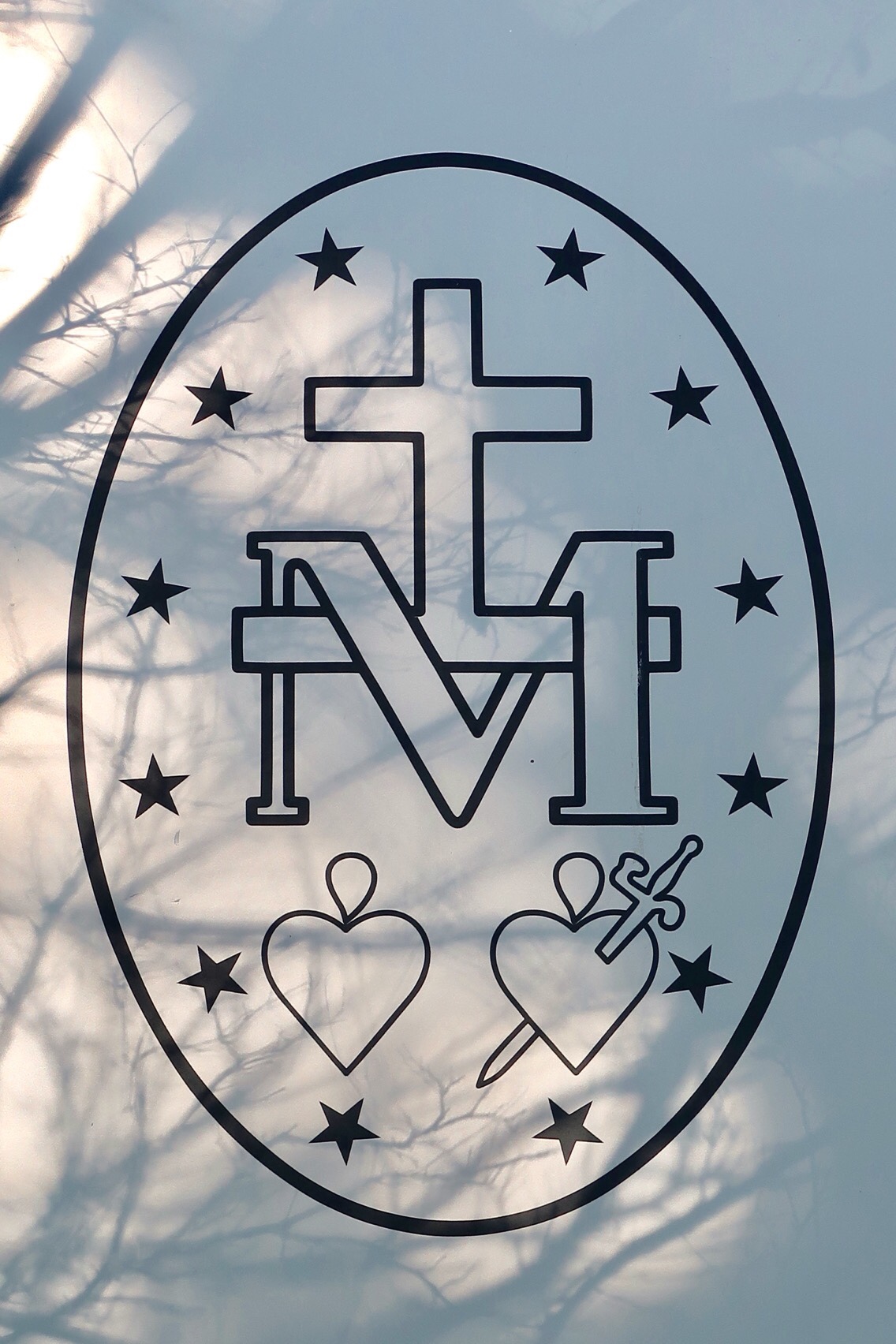 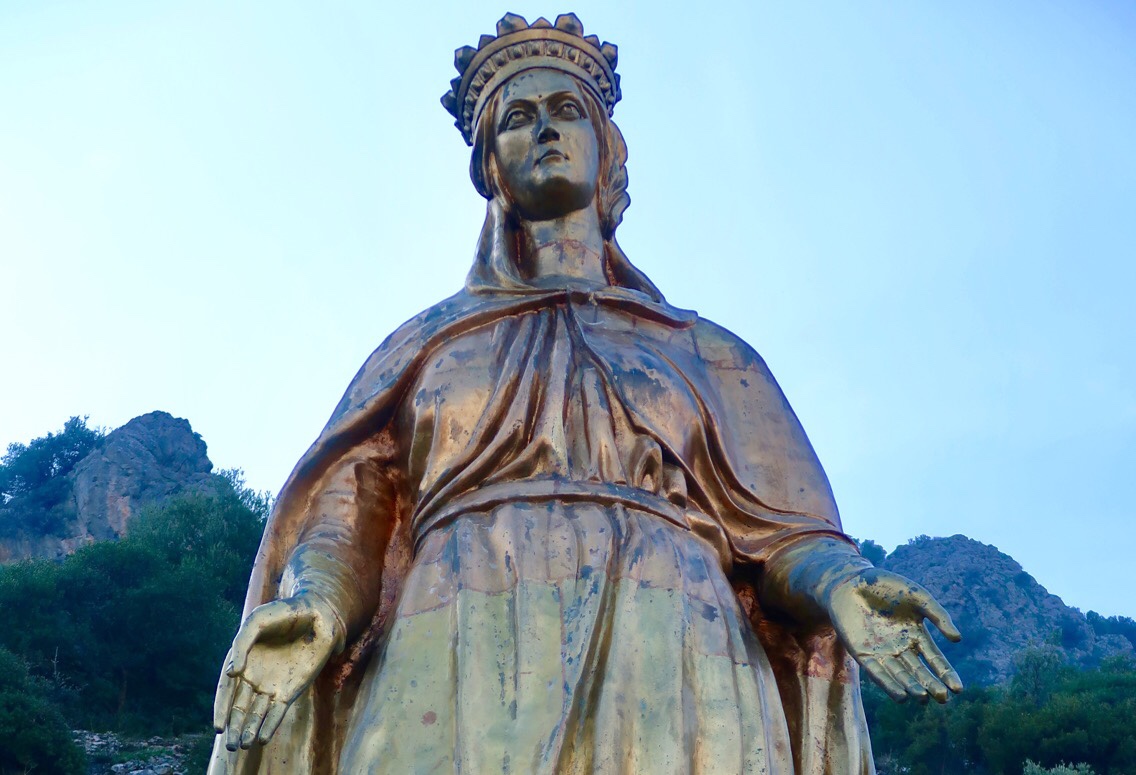 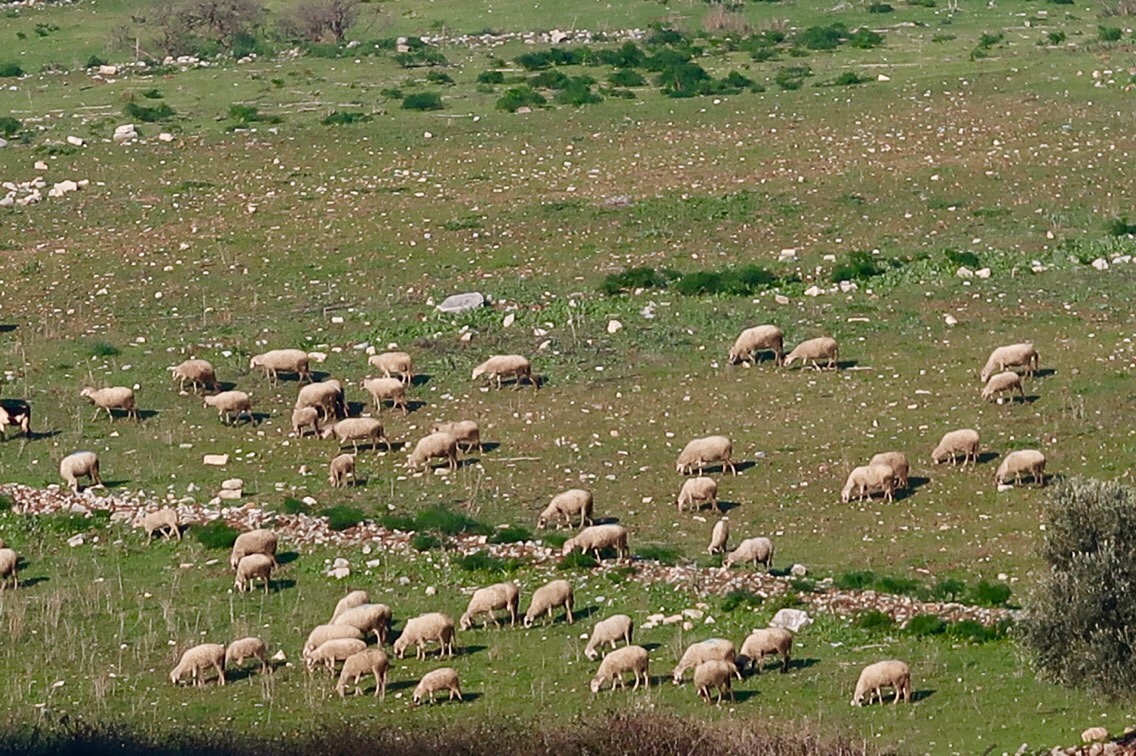 The Last Sanctuary – the House of Mother Mary, Near the Ruins of Ephesus, Turkey

It is an amazing story, one that is almost hard to believe, but it is indeed true.

One might wonder, how a mountain top sanctuary near Ephesus in Turkey, was discovered by a bedridden nun living in Germany who had never been here?

During her life, she experienced the phenomenon known as the “Stigmata,” in which people manifest the bleeding wounds of Christ on their hands, feet and around their heads.

She also had mystical visions, that were written down by Clemens Brentano, and published in a book called “The Life of the Blessed Virgin Mary” (published in 1852 in Munich, Germany).

Anne Catherine Emmerich was bedridden while she had a series of visions recounting the last days of the earthly life of Jesus, and details of the retirement life of his mother, Mary.

Her visions included a detailed description of the house that the Apostle John had built on the hills of Ephesus for Mary, where she lived to the end of her life.

From her visions, she provided a number of details about the location of the house, the topography and the surrounding area, that were not known at that time to anyone.

She described the hill’s slopes that rose steeply from Ephesus on narrow mountain paths, and the details of the house that was built with rectangular stones.

She described the high windows near the flat roof, and that the house consisted of two parts with a hearth at the center of the house.

She even described the location of the doors, the shape of the chimney, etc.

In the year 1881, relying on the descriptions in the book, a French priest, Abbé Julien Gouyet, discovered a small stone building on a mountain top overlooking the Aegean Sea and the ruins of ancient Ephesus in Turkey.

He believed it was the house described by Emmerich, and indeed it was the same house where the Virgin Mary lived the final years of her life.

It is a quiet and scenic location.

The surrounding mountain has rich soil, a wellspring of sweet water and lots of old growth trees.

We walked around the garden of the house, enjoying the shade and quiet of the place.

A few women were filling water bottles with water from the spring.

Other people photographed themselves with the background of the wishing wall, full of peoples’ wishes written on paper, dried leaves, plastic, fabric or whatever they could find.

Abbé Gouyet’s discovery of the old house was not taken seriously at first.

Ten years later, two Lazarist missionaries from Smyrna rediscovered the building on July 29, 1891, using the same book as their guide.

They learned that the four-walled, roofless ruin had been venerated for a long time by the mountain people living in this area.

Local people living in the village of Şirince, about 17 km away, who were descended from the early Christians of Ephesus, remembered hearing stories about Mother Mary living there.

The house was known locally as “Panaya Kapulu” (“Doorway to the Virgin”).

Every year pilgrims used to make a pilgrimage to the site on August 15, the date of Mary’s passing.

The House of the Virgin Mary (Turkish: Meryem Ana Evi, “Mother Mary’s House”) is now restored, and it is a Catholic and Muslim shrine.

People come here to drink from the wishing well.

She lived here until the age of 101 years of age.

Saint John, who watched over her at the request of Jesus, wrote the New Testament bible here.

It is believed he compiled the testaments of the other disciples, and wrote his own visions in the Book of Revelation here.

The house itself is not large.

When we entered it, it was warm and nicely heated.

We sat on one of the few chairs to meditate and pray.

I felt a sense of quiet and serenity.

The lush mountain top was a good choice for a sanctuary for mother Mary to retire to.

The “wishing wall,” which pilgrims leave their personal prayers written on paper, leaves or fabric, is said to be a dynamic place for miracles.

Some pilgrims have reported miraculous healings or fertility occurring after they visited here.

I left my own prayers at the shrine, not for myself, but for all those who need healing and greater realization of their Divine Powers.

I send you loads of blessings for a wonderful New Year!

May the new year bring you a light heart and many blessed days,

← Ephesus, the home of the Mother Goddess, and a Story of Glory and Decay in Ancient Turkey
A Monk’s Guide to a Clean House and Mind →