Day 12 – Walking the Via Francigena – From Bapaume to Péronne, France 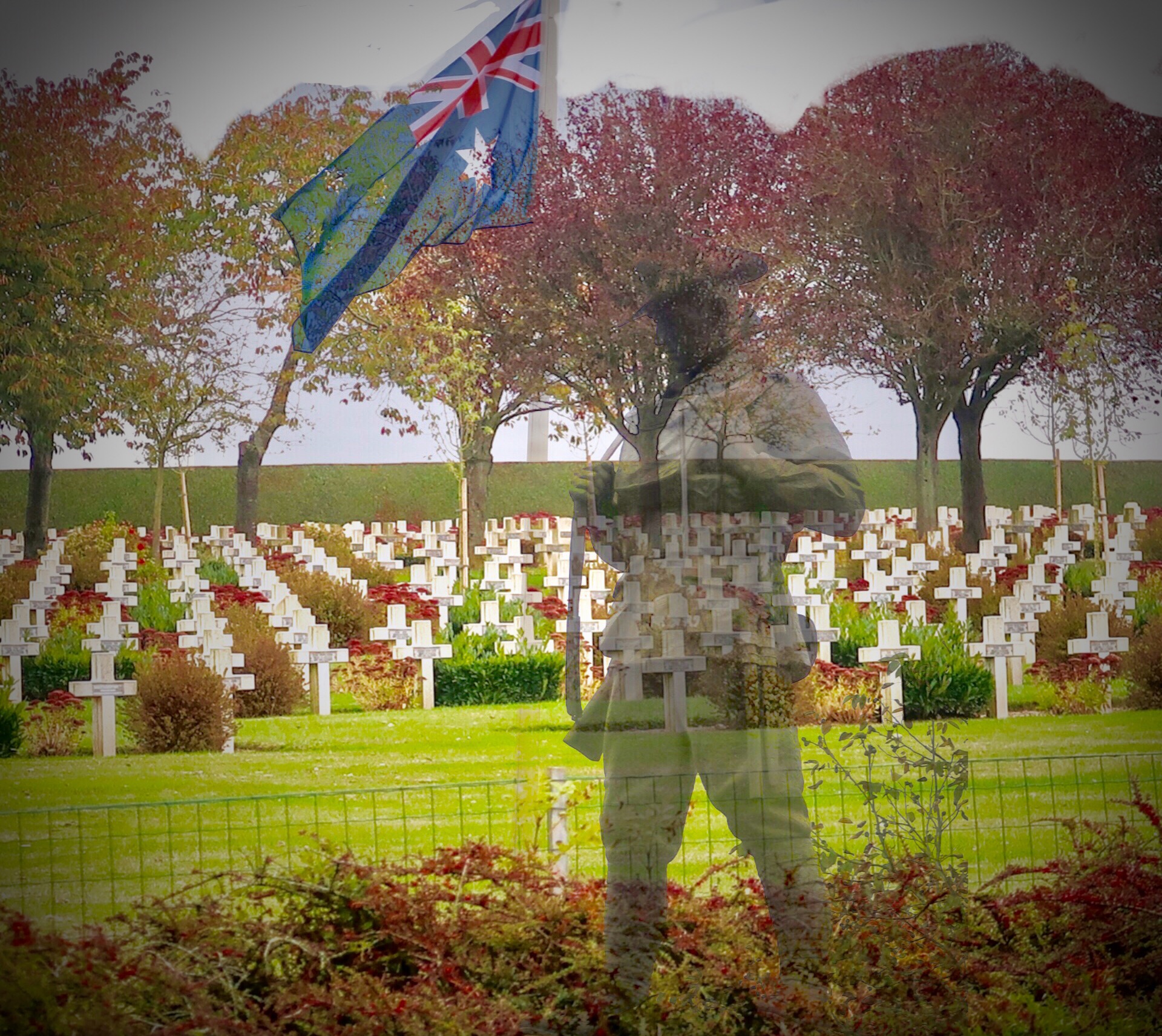 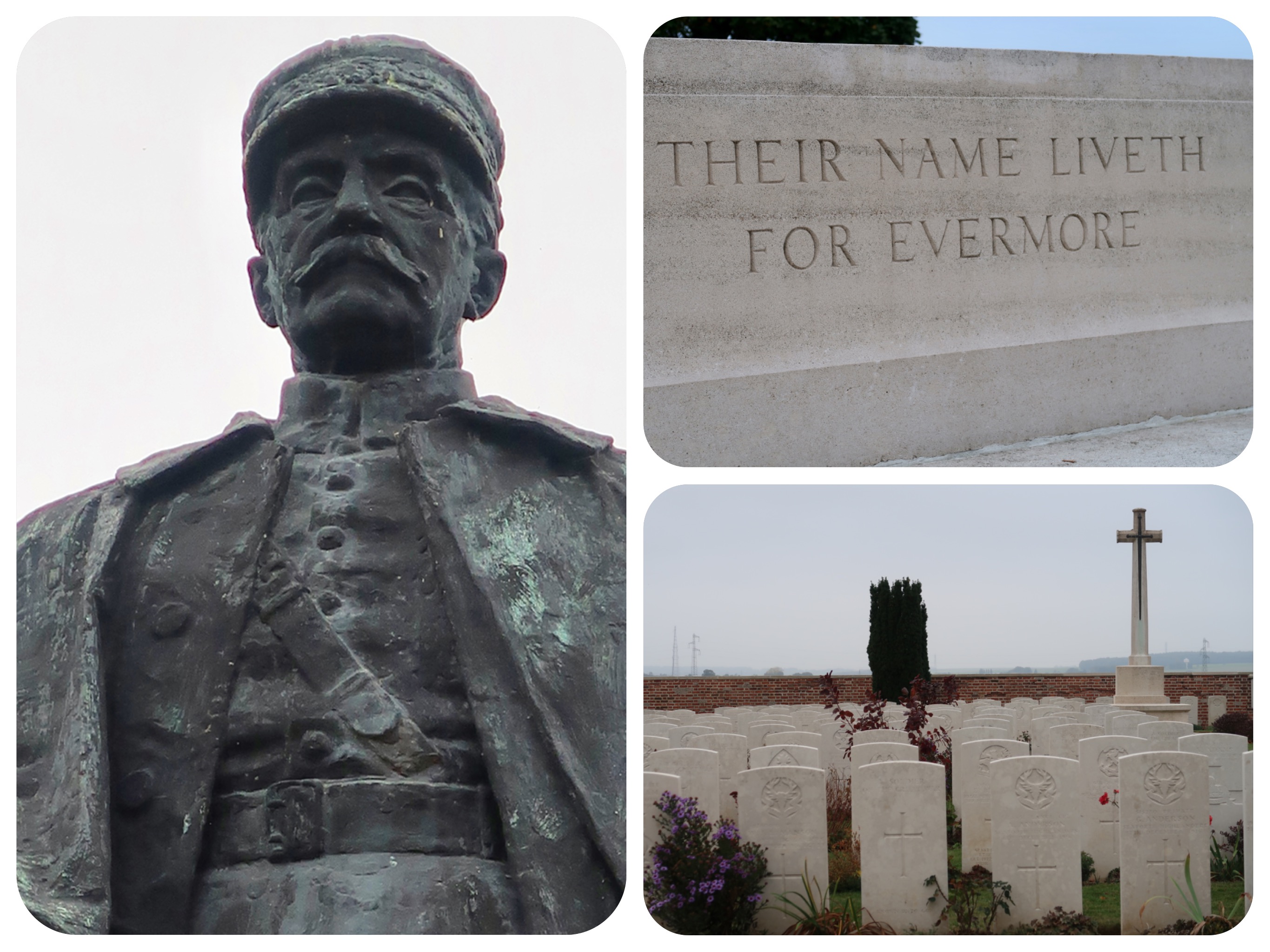 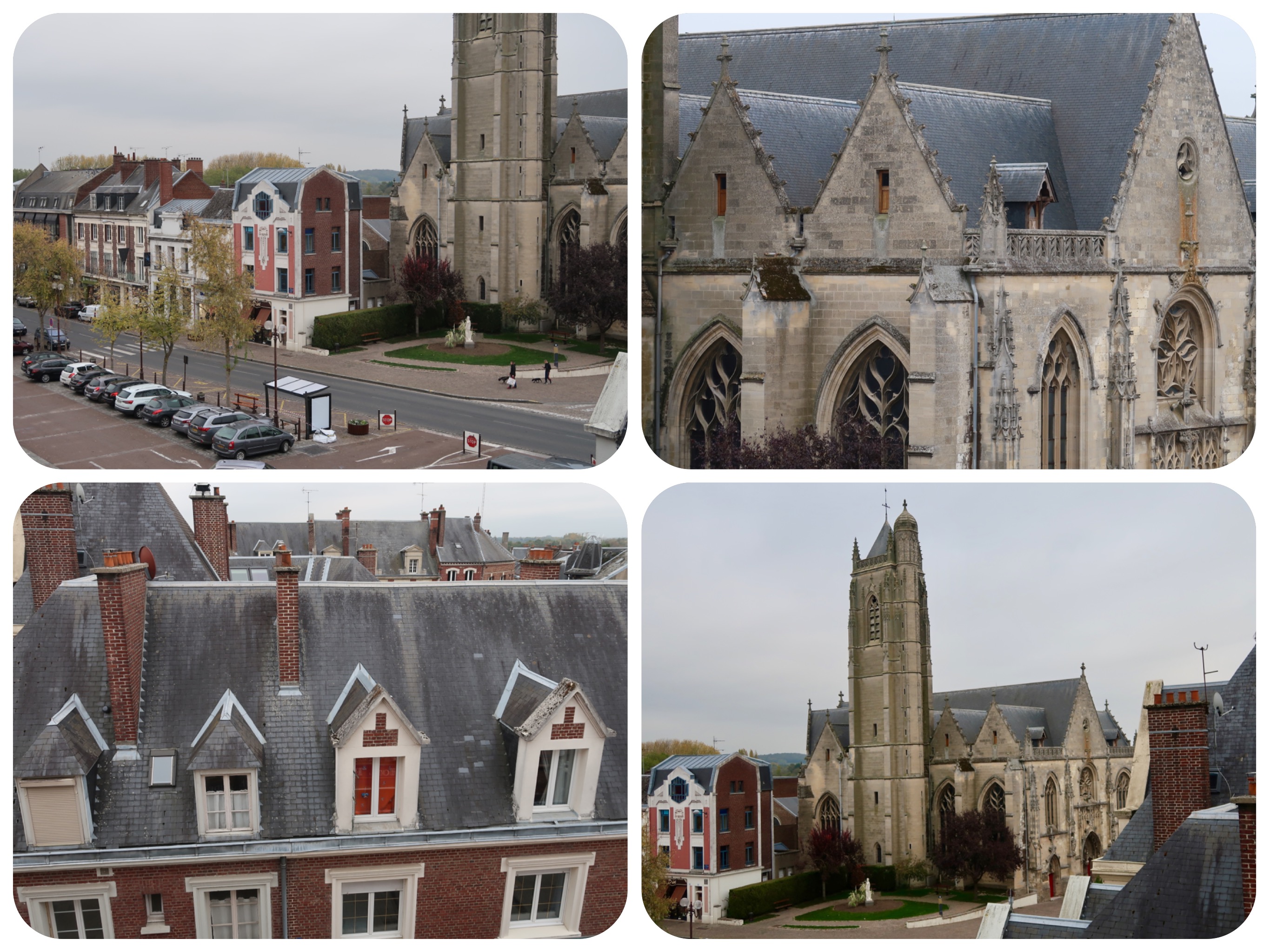 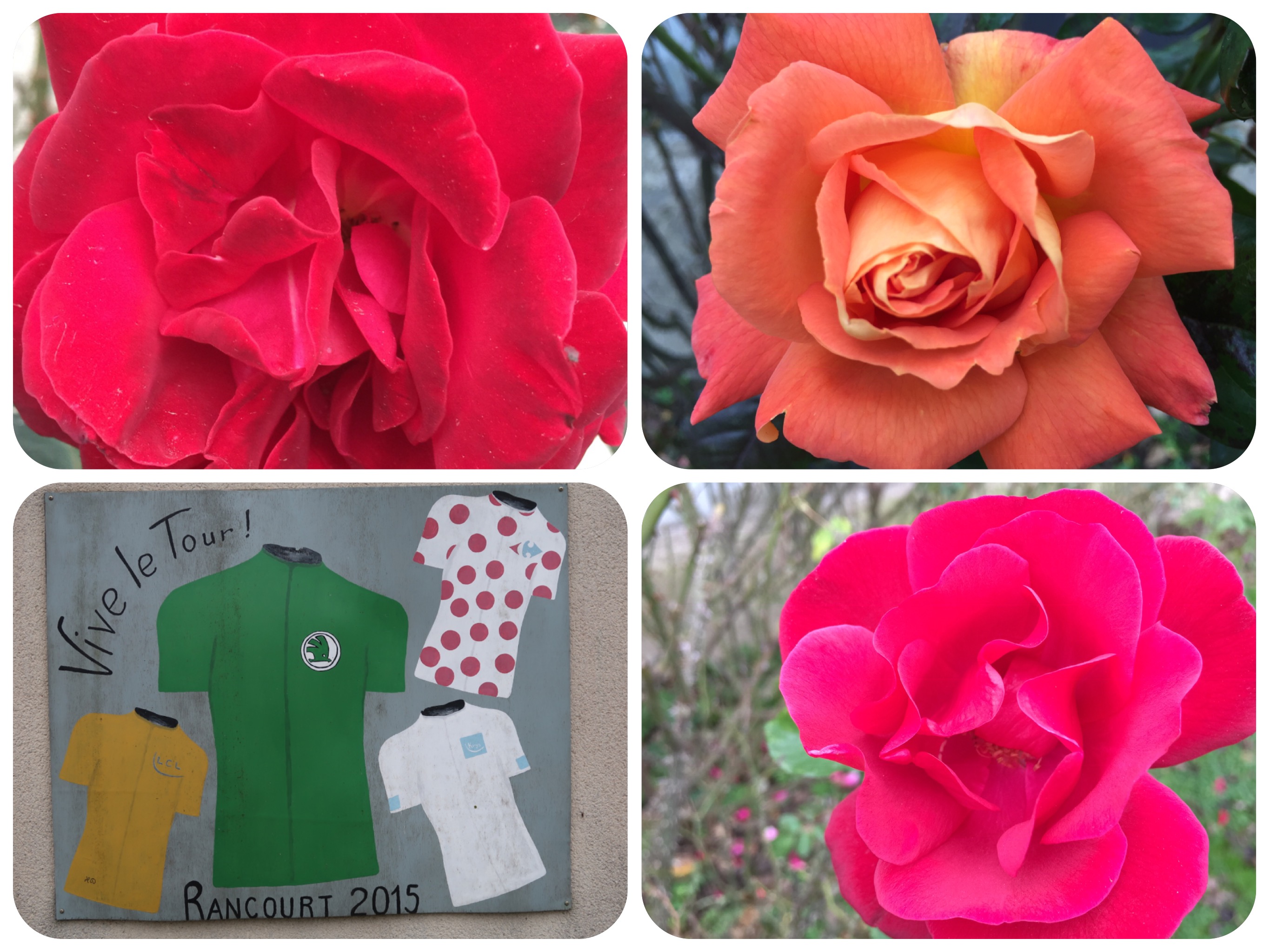 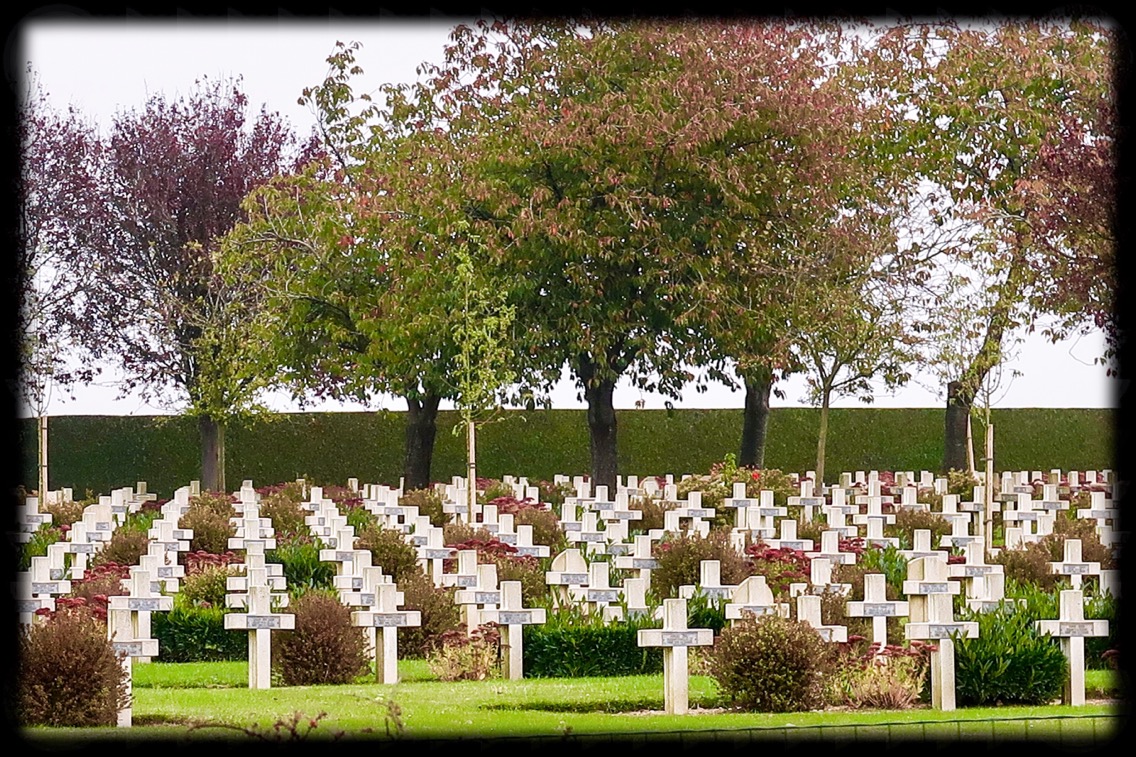 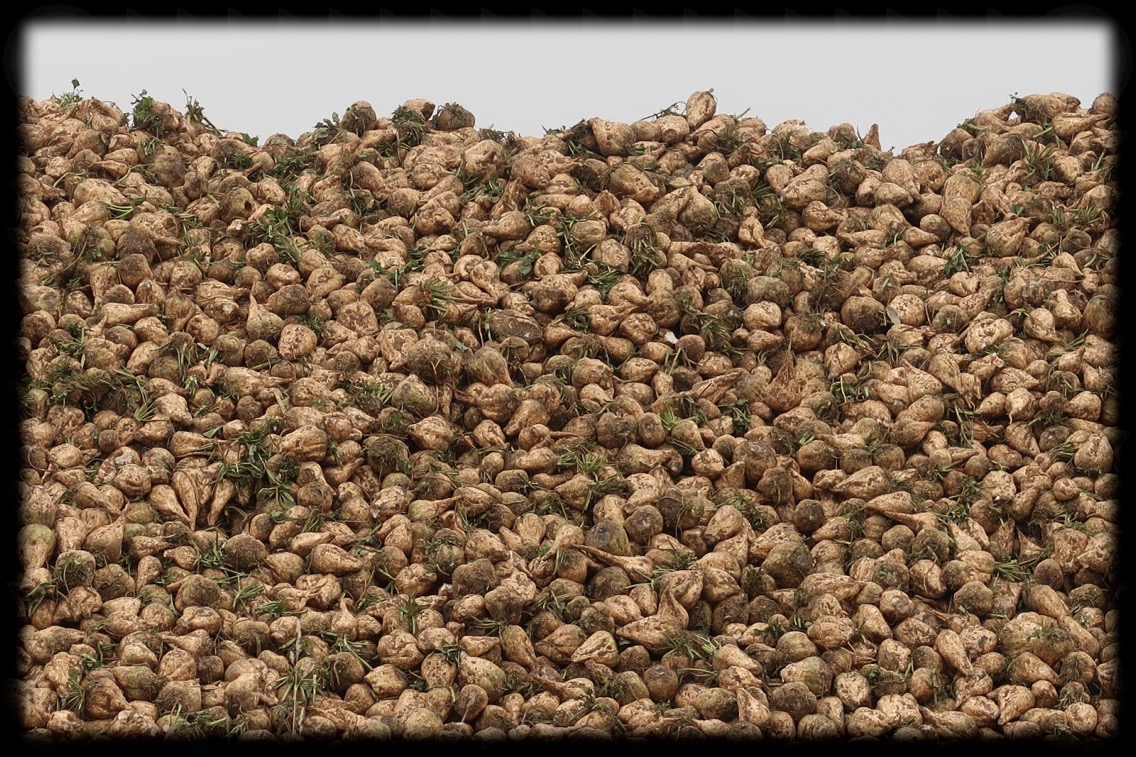 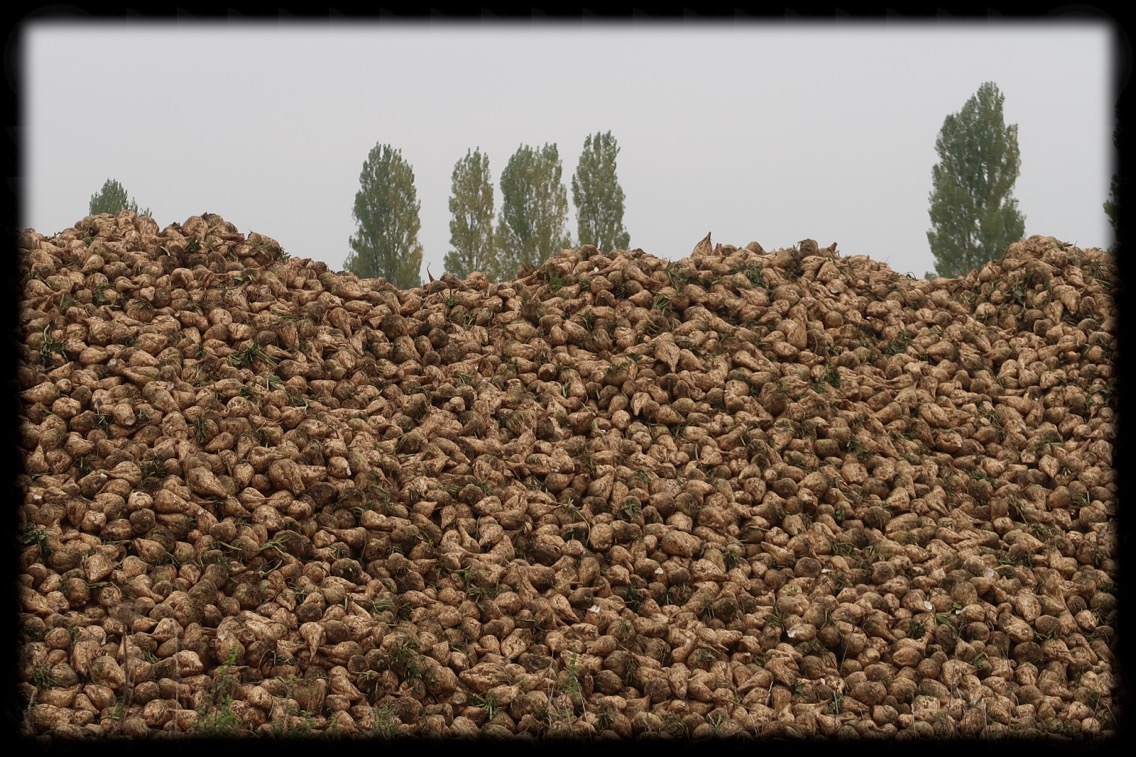 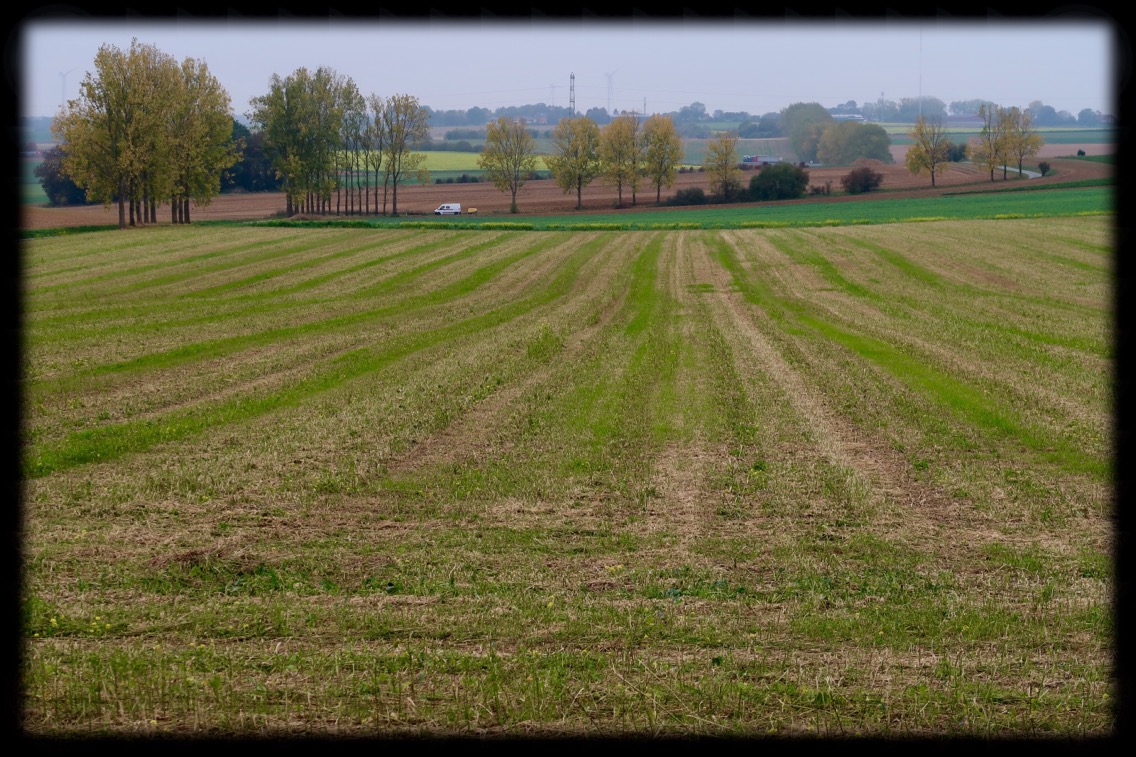 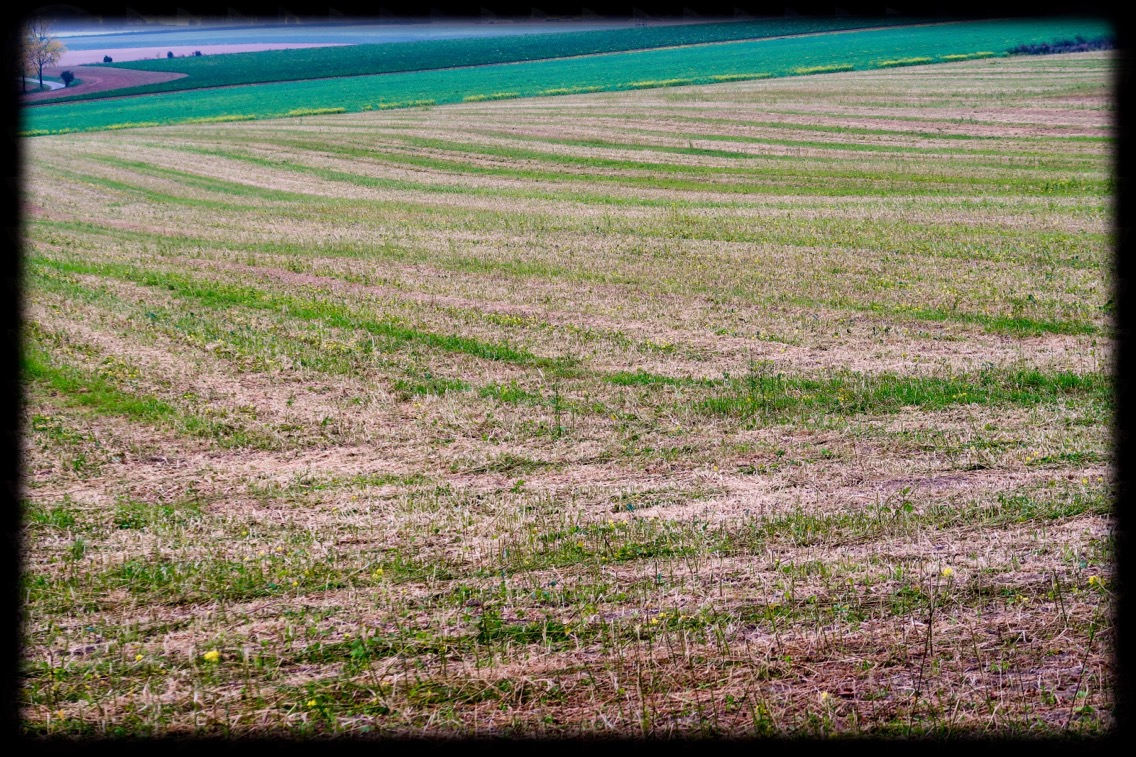 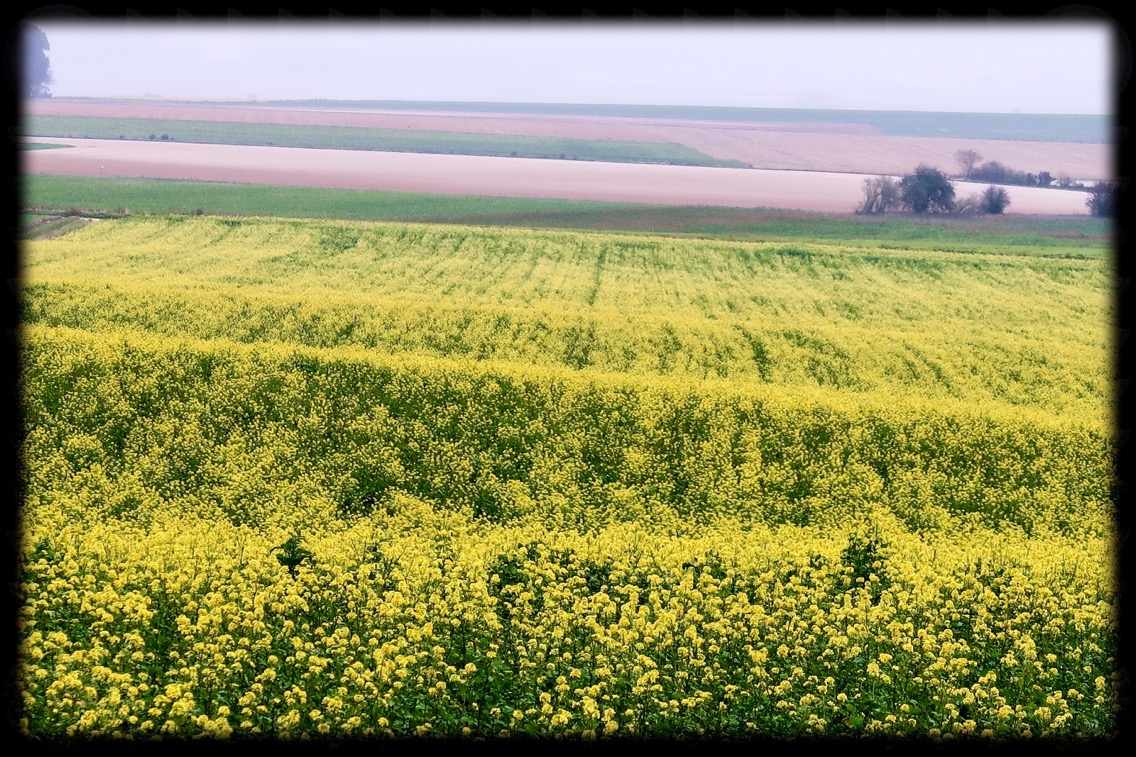 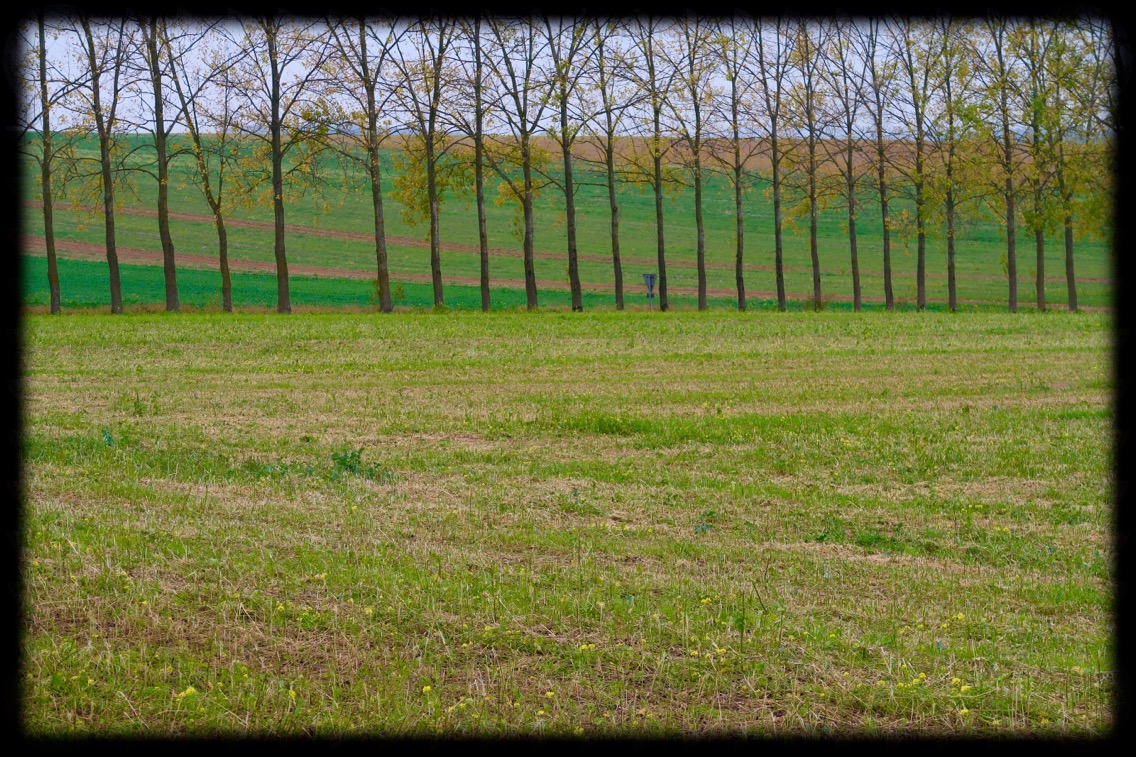 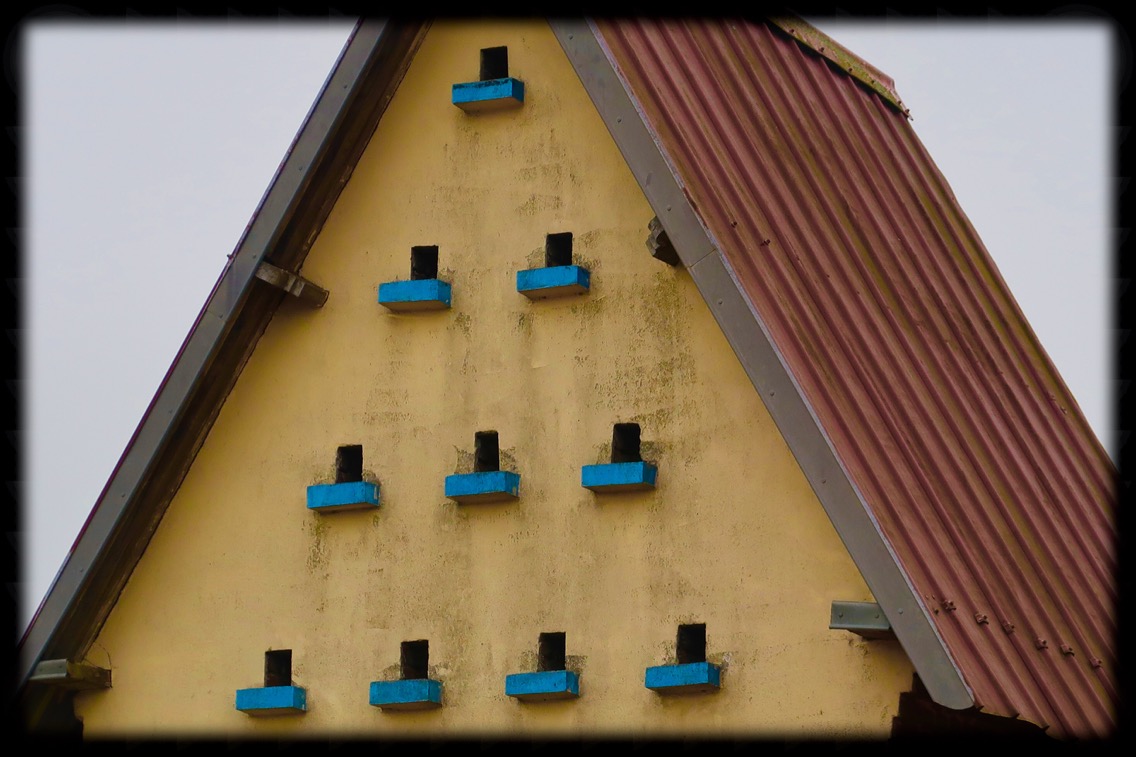 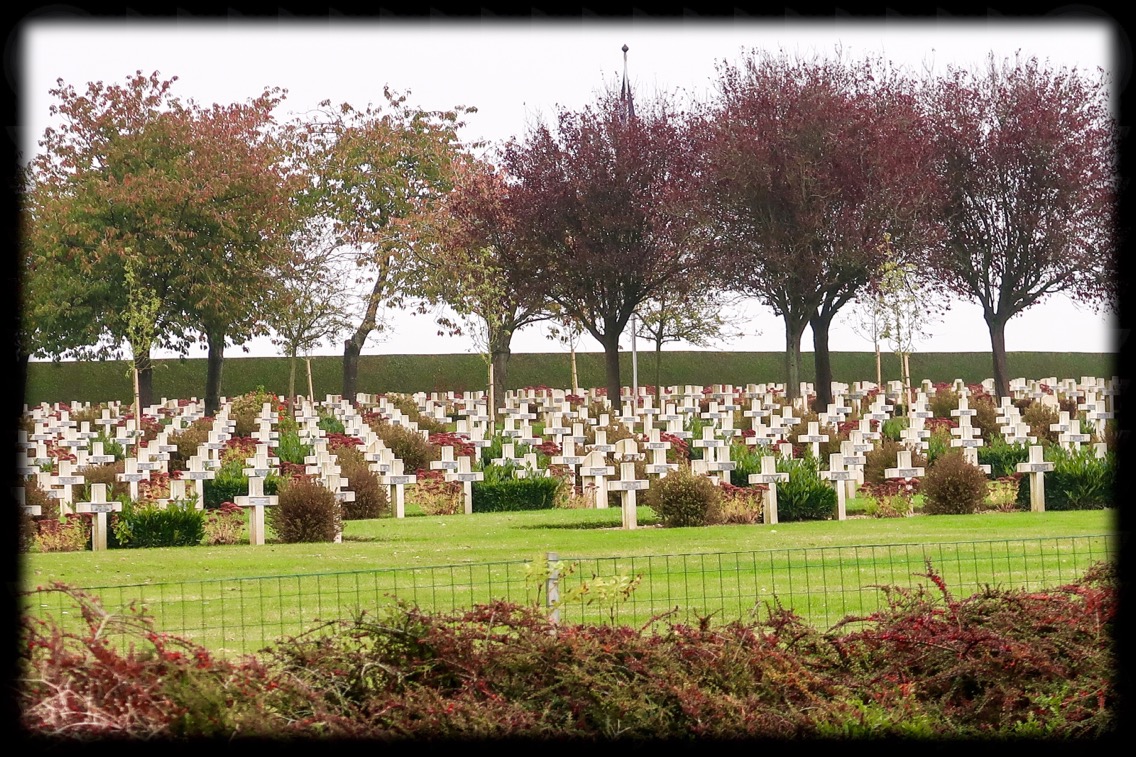 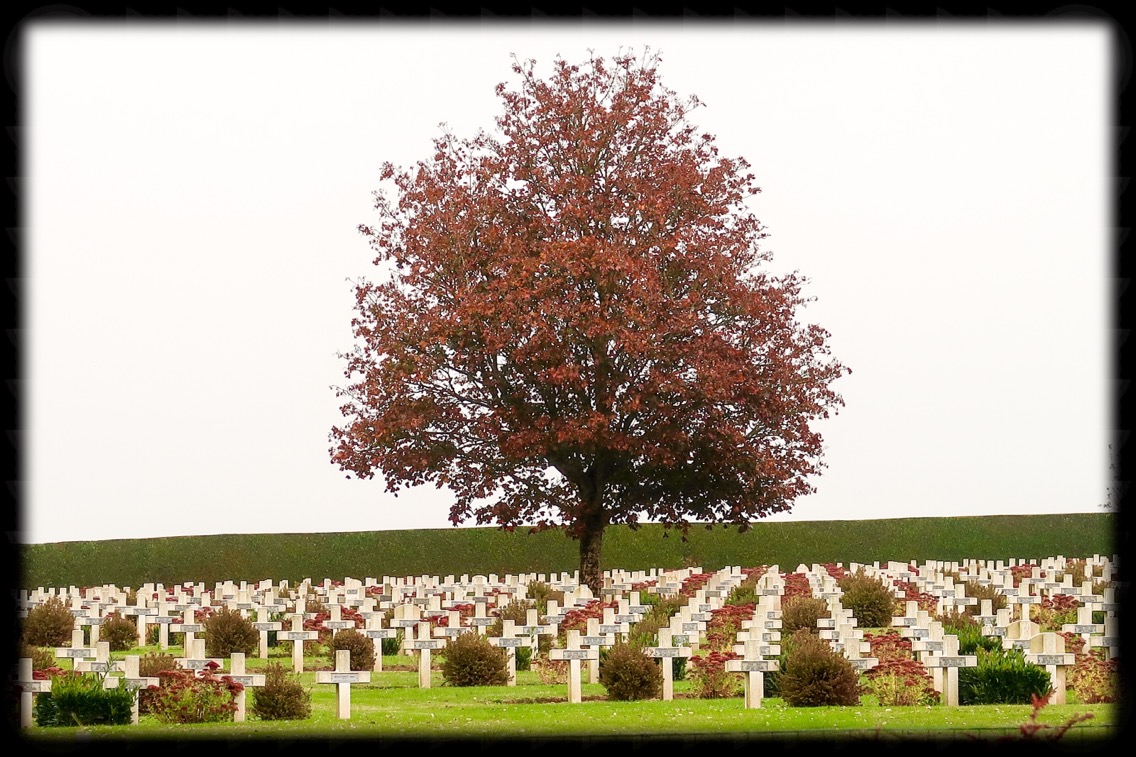 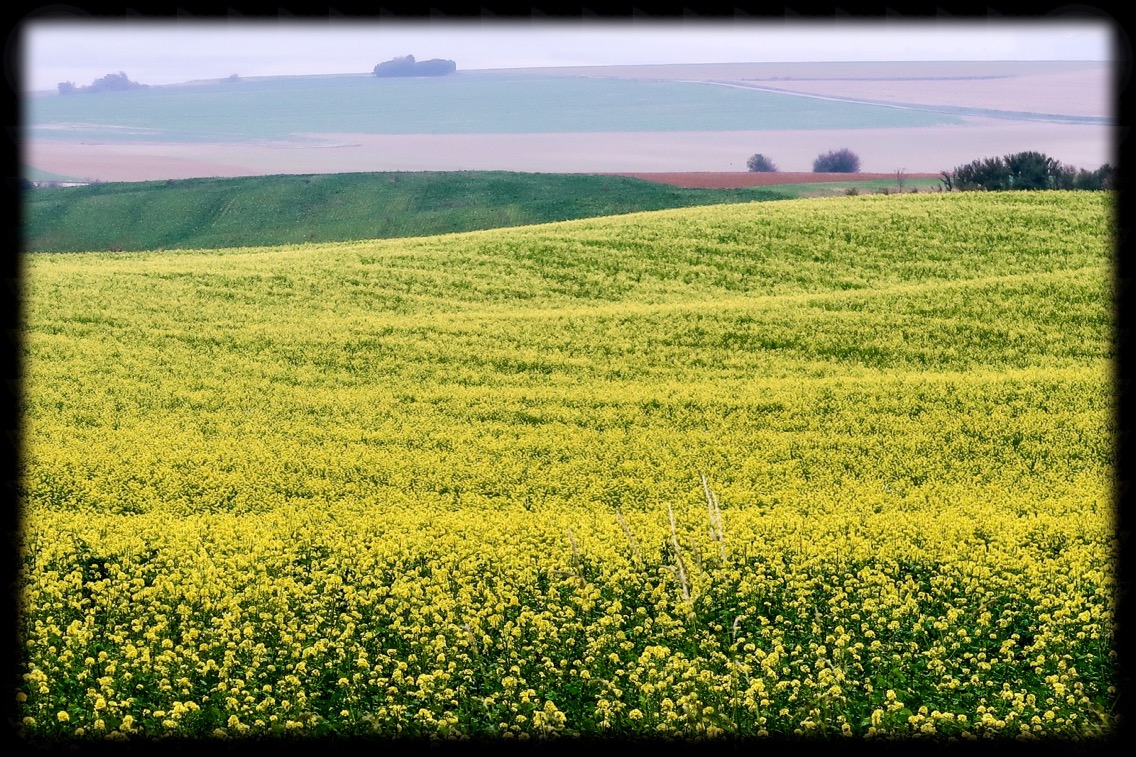 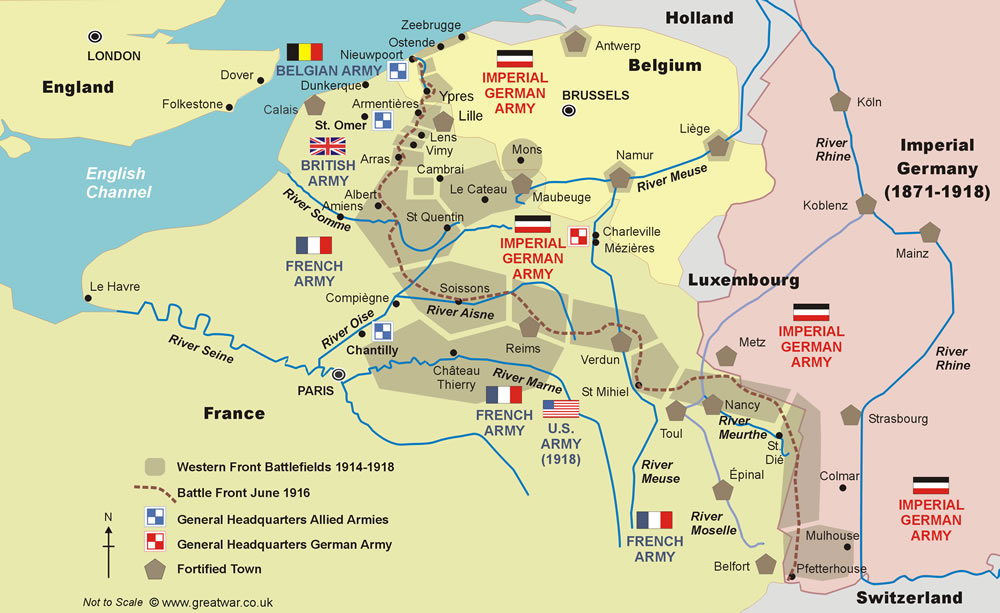 Day 12 – Walking the Via Francigena – from Bapaume to Péronne, France

On some days the walk feels easy, and on other days it is a struggle to get there.
I do not know why today was so hard for me.
The road was not exceptionally steep, and the cars that zoomed by us were the same as on the other days we had to walk on a road without sidewalks.

The weather was cool but dry when we started walking early in the morning.
We skipped the continental breakfast at our hotel because it looked like bread and jams and a strong, undrinkable coffee.

Instead we went to a local bakery run by a young women and her sweet teenaged boy.
We bought a large sandwich to share, small Beignets and a baked apple strudel.

We walked by fields that were recently harvested, and now the soil has been turned over with a hearty amount of compost.
It smelled unpleasant, not like good compost but like one which has chicken excrement in it.
One thing I’ve learned through living in rural areas in New Zealand, is to identify the smell of different composts.
Not the kind of knowledge that is very helpful….

We walked by fields that were newly planted, and passed by many World War One cemeteries, commemorating mostly British, Australian and South African soldiers.

I finally realized why I am feeling down as we walk in this part of France.
These huge agricultural lands, with thousands of acres of crops, were once deadly battlefields.

This land still holds the fear and vibrations of the many who died or were wounded here.

World War One was one of the deadliest conflicts in the history of the human race.

The total number of both civilian and military casualties is estimated at around 37 million people. (Some say the actual number could be as high as 50 million).
Between the years 1914-1918, this area we are walking through and will continue to walk through, was the battleground on which most of the deadly battles occurred.

The pain of the wounded people and of those who died, is palpable in the air as we walk through….
It is heavy and suffocating and I can hardly wait to get out of this region.

I also realized why people are slowing down to look at us and then gawking at us, instead of saying a cheerful, “Bonjour,” to us.

Most people have never heard of the Via Francigena pilgrimage to Rome that cuts through this region.
The only tourism they get is related to the war memorials.

People come here to visit the graves, or to do a tour of the cemeteries, paying their respects to the fallen soldiers from their countries.

There is no exciting sightseeing to do here, no delightful restaurants, nor any other reasons to come here as a tourist.

So two people who walk through their villages, are seen as either vagrants or Gypsies.
Gypsies have a bad reputation in Europe.
Some of them were thieves, and people looked upon them with suspicion.
These are the vibrations that I get from most rural people, that they can’t figure out why we are walking through their villages.

The young people are really nice.
Today a young man in a car outside of Péronne, stopped to offer us a ride.
He offered to take us to the central bus station in town.
He also did not know anything about spiritual foot pilgrims, but he saw us as people who needed help.
It made me sad.
It was a kind gesture, which of course we refused, but I do not like being looked at as needy.

I feel that people see us walking with our backpacks and hats, and do not know we are pilgrims.
It does not help our image that we sometimes sit by the side of the road to eat our sandwiches, because there are no benches and nowhere to sit and rest at all.
I would have LOVED to sit by a park on a bench, or in a restaurant or cafe, but most days we have had nowhere to stop.

When we needed rest several hours later, we stopped at another war cemetery.
It was the only place that had benches.

Two hours before we finished the day, we stopped into a rural hotel heavily decorated for Halloween, to have some hot tea.
We sat in their lobby, used the toilets and drank the small cups of hot tea they served us.

Moments after we arrived at that rural hotel, a big bus full of kids from the UK arrived for lunch.
They were learning about WW1 and touring the cemeteries and battle grounds.

The adults that escorted the kids drank copious amount of alcohol.
Then a mini drama developed over some kids having food allergies, and they were hurried to a nearby hospital.

When we arrived in Péronne, we still had a long walk to the old center of town, where our hotel is located.
Across the street I saw a chocolate boutique.
We have nearly finished our supply of chocolate, so I stepped into the boutique to buy good quality handmade chocolates.

We checked into our hotel and I made us some green tea and ate some chocolate.
Then I laid on the bed and immediately fell asleep.

I think this area is really getting to me…
Maybe in a past incarnation I was wounded or died here….
Maybe it was Jules….
Maybe I am just sensing that something bad isn’t going to happen to us…
Who knows…

I woke up about an hour later.
We took showers, changed into clean clothes and went for dinner.

Tomorrow we have a very long day of walking to the town of Saint Quentin, another major bloody war battleground.
I really hope we will be ok…

Wishing you light and love,
Tali