Day 29 – Walking the Nakasendō, Japan – Sightseeing in Hikone and a Long, Hot Day of Walking to Takamiya and to Echigawa 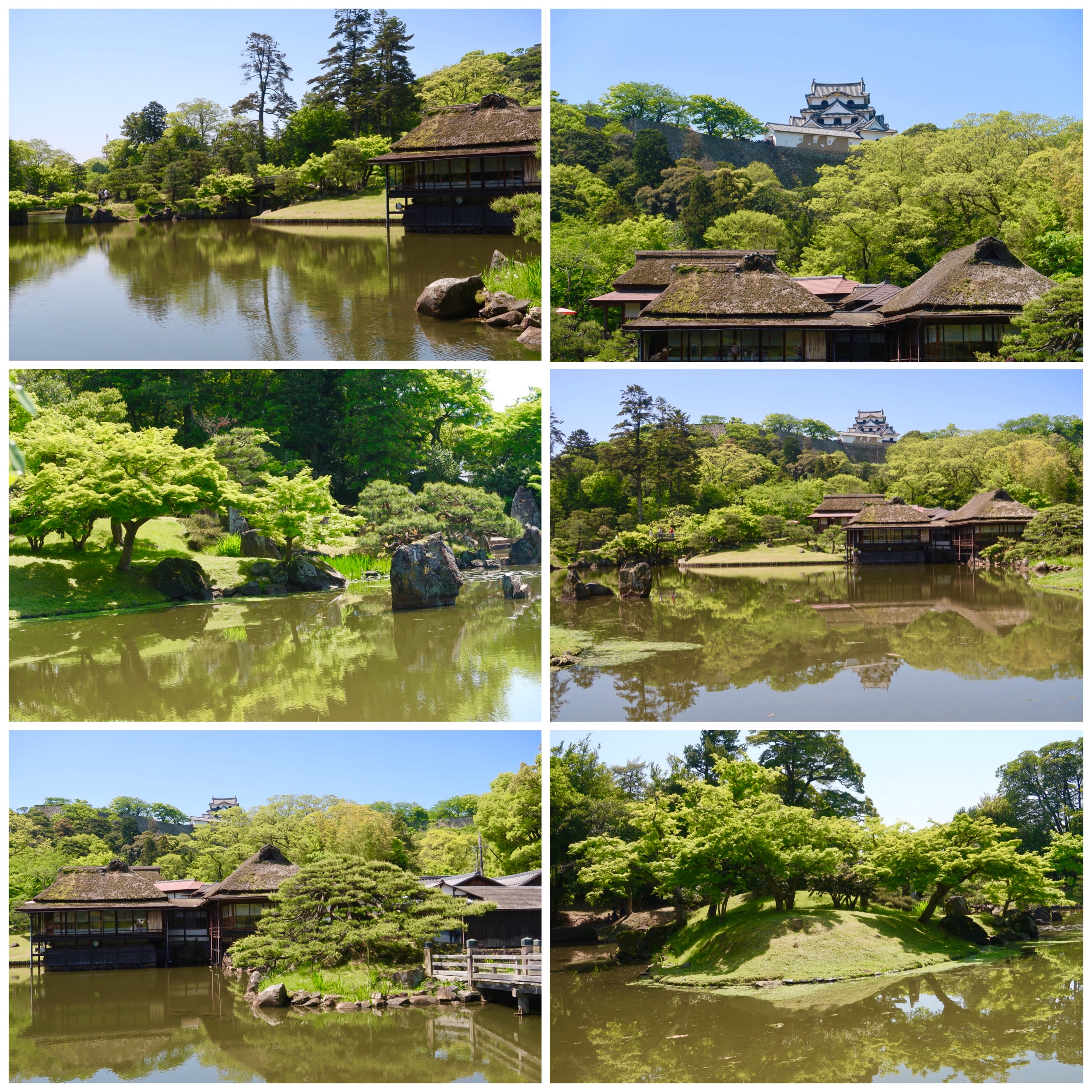 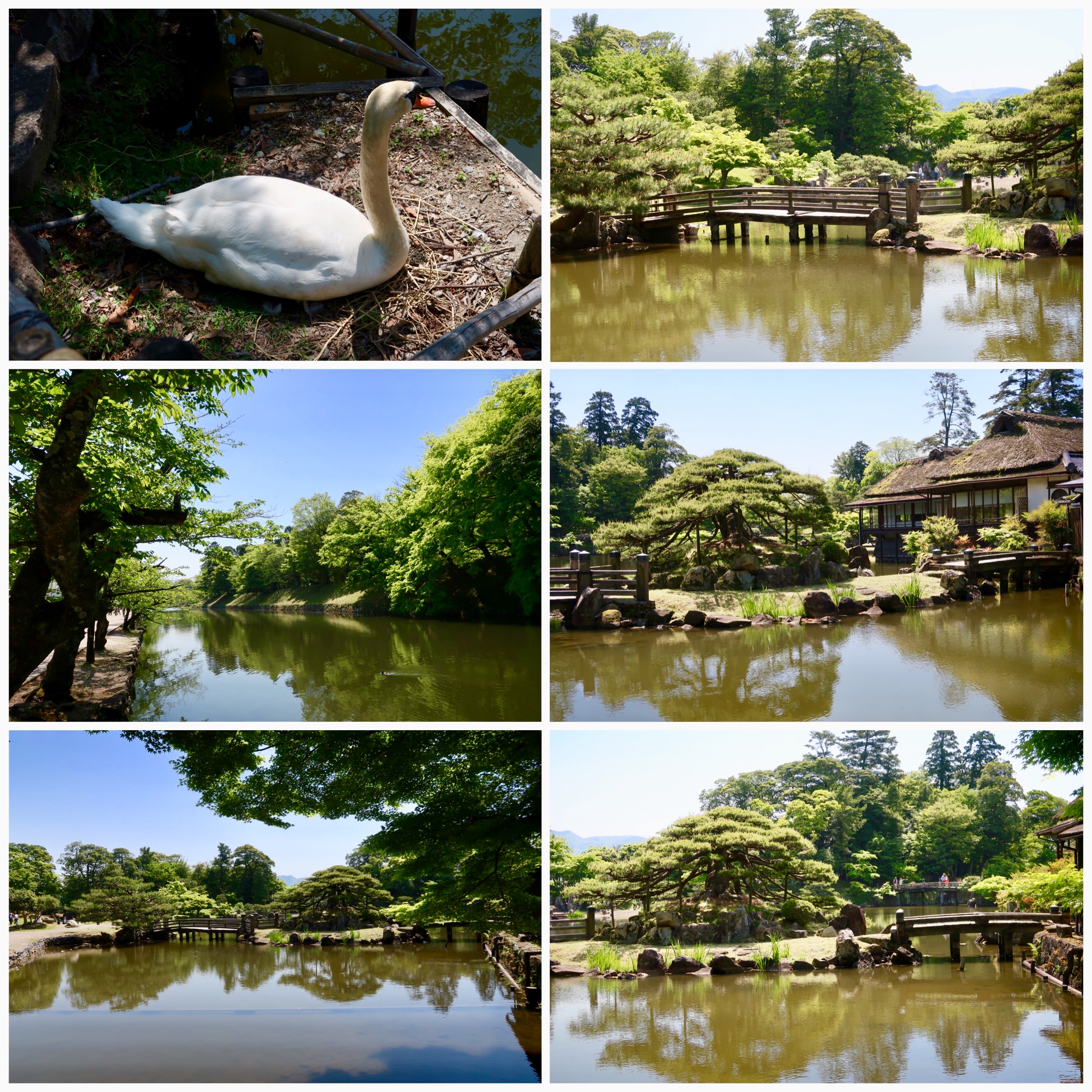 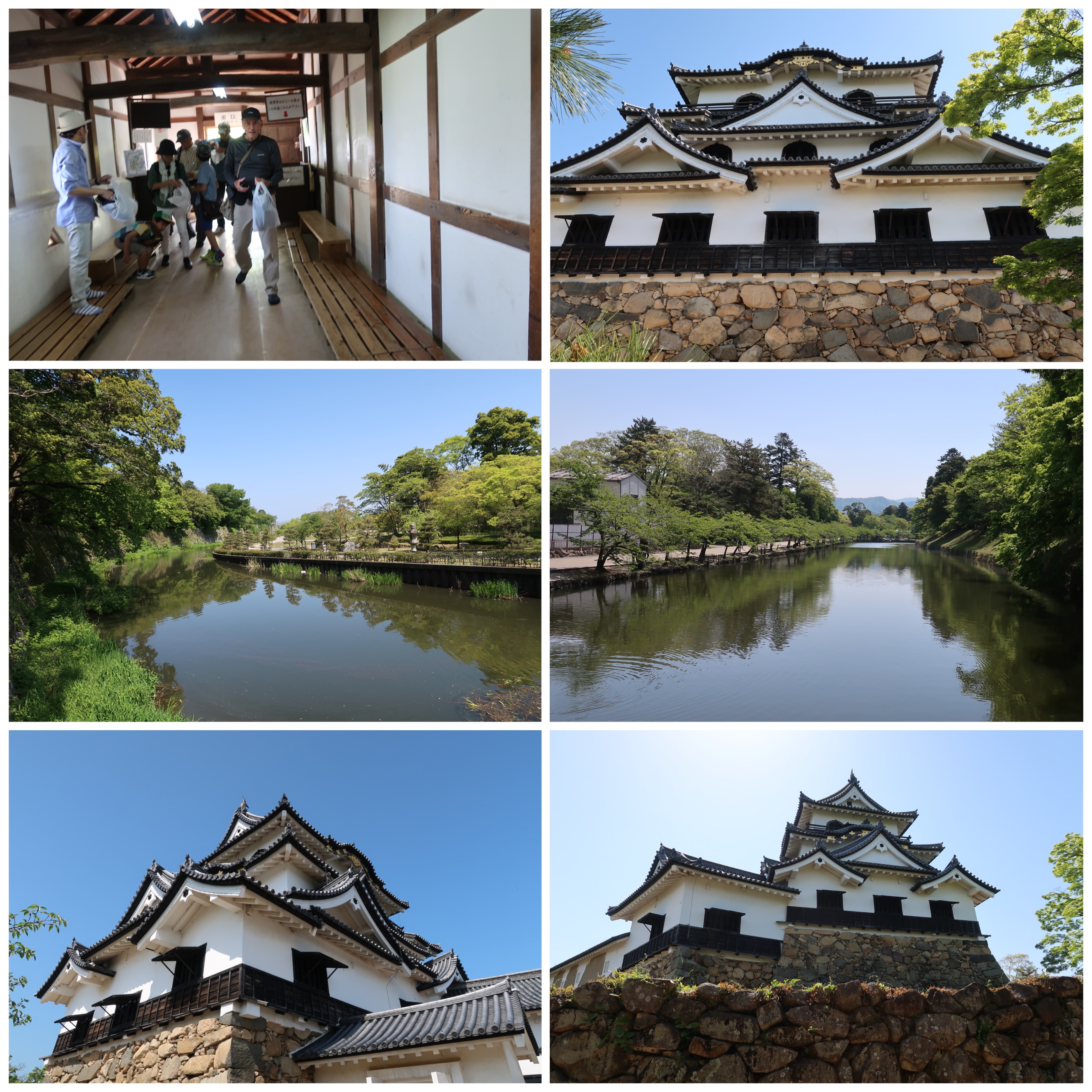 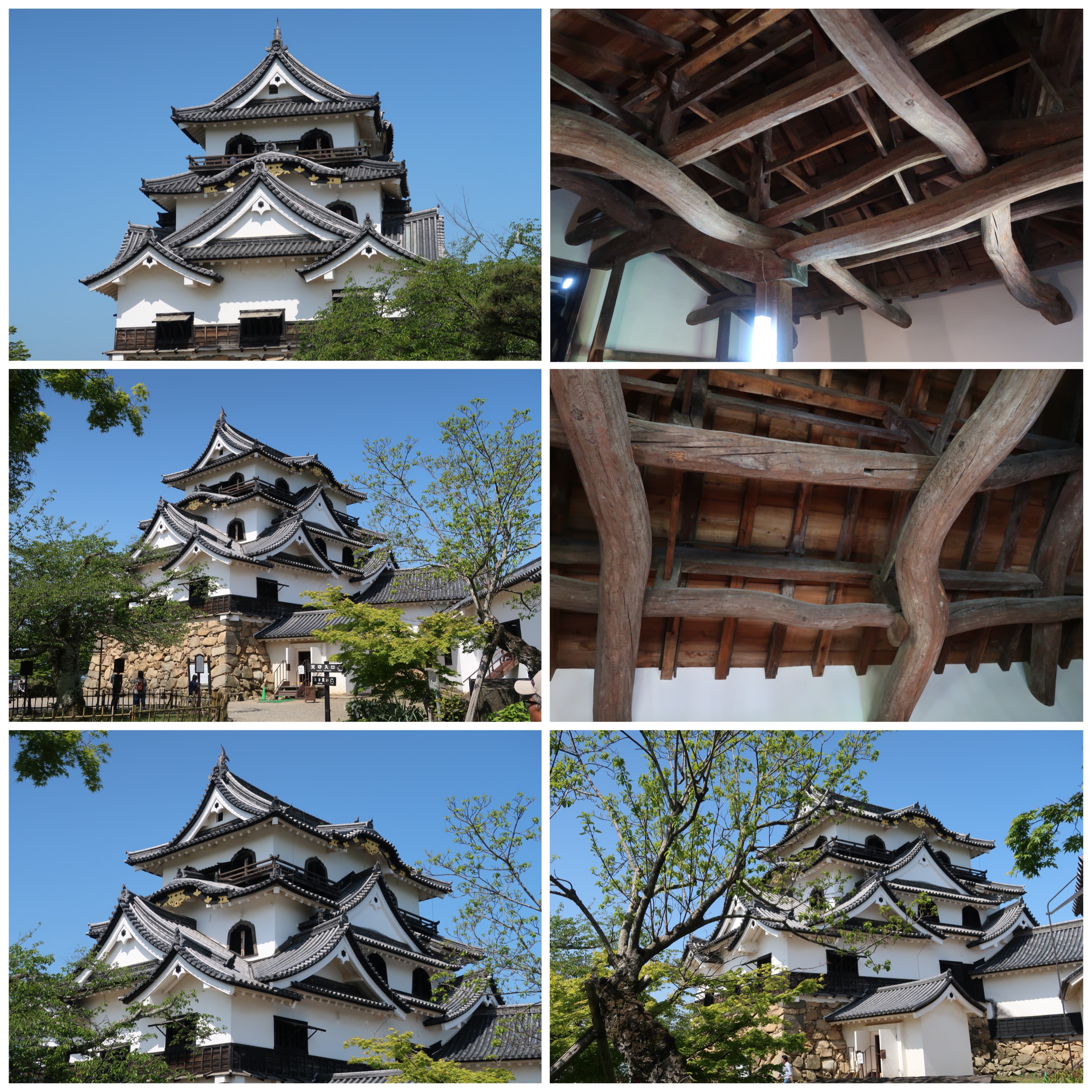 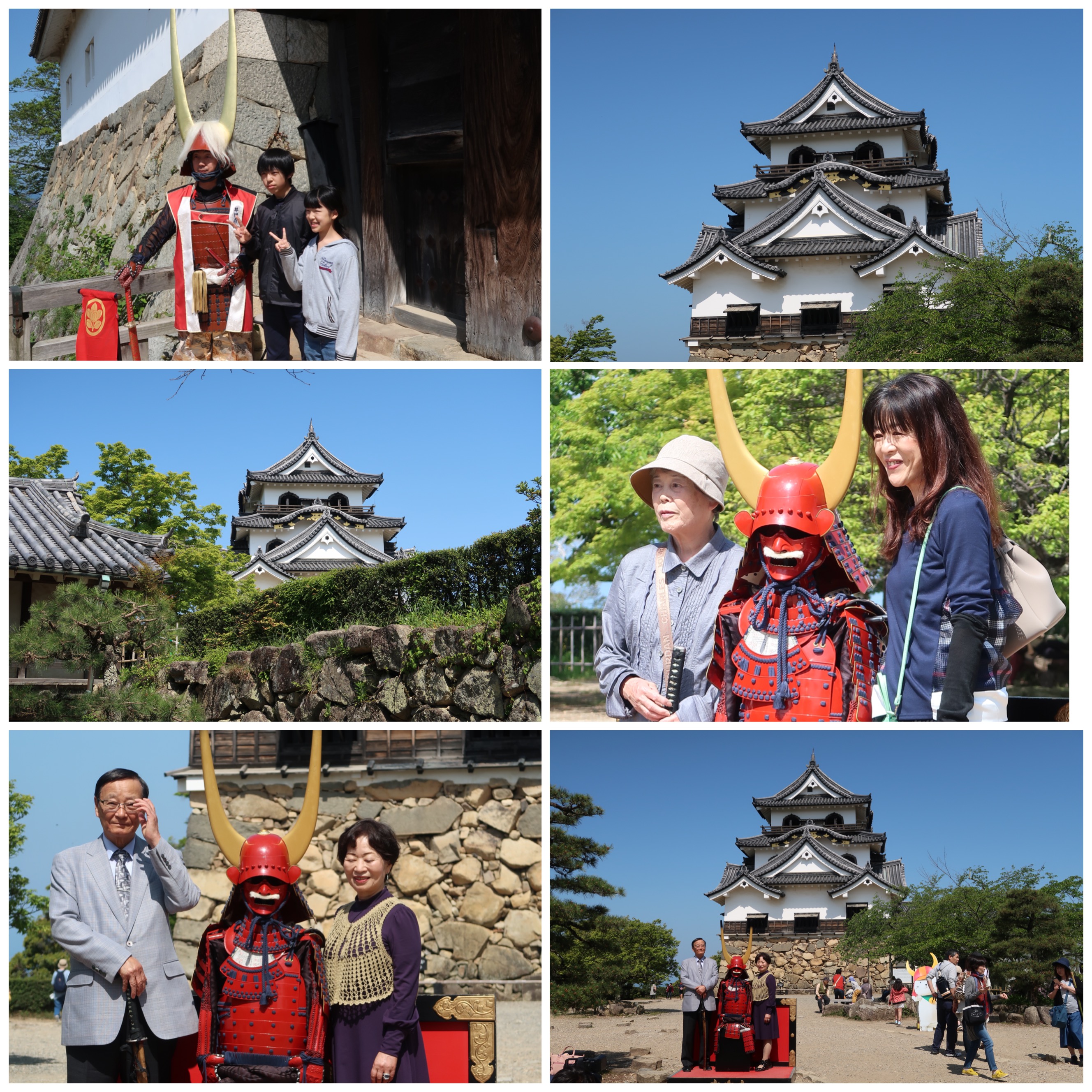 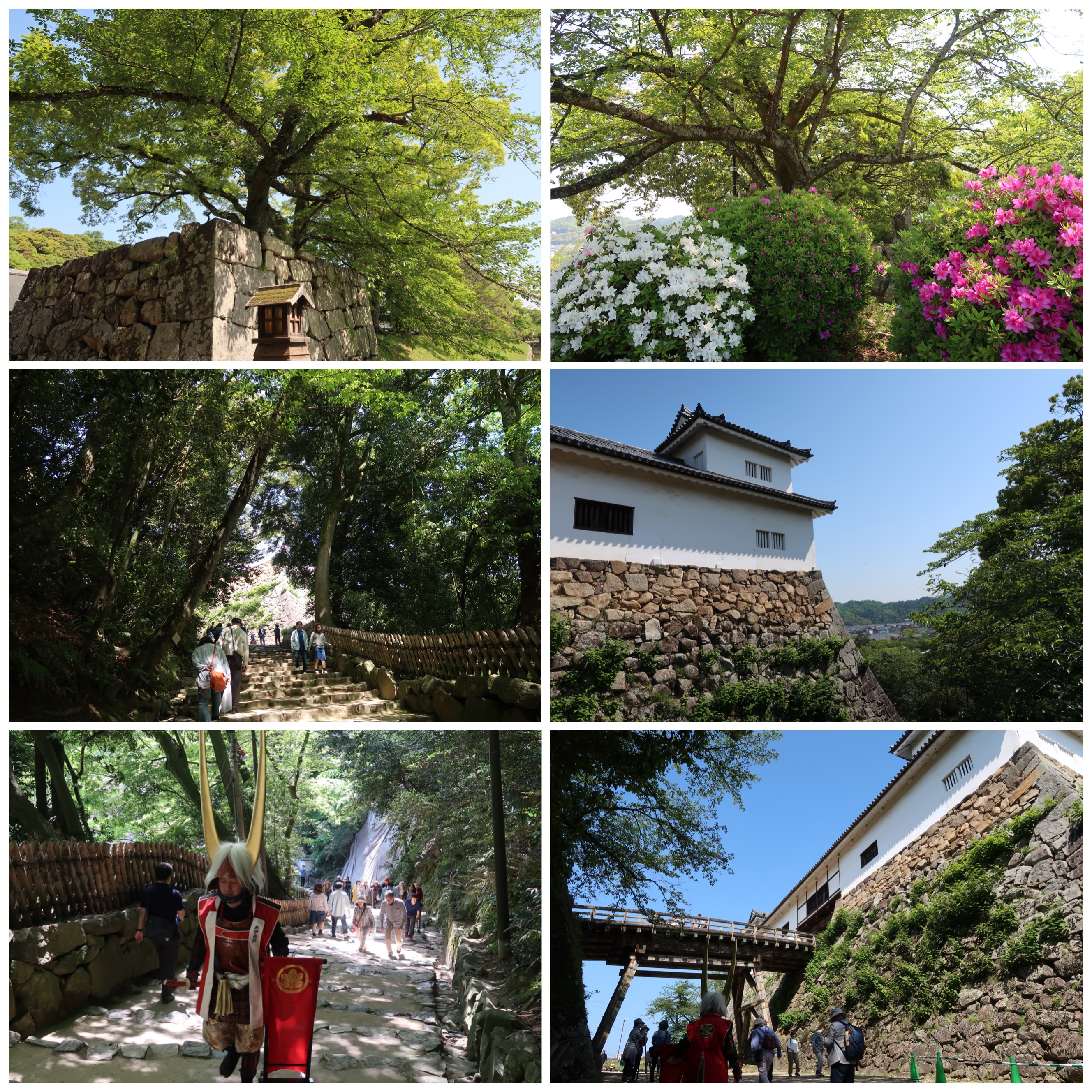 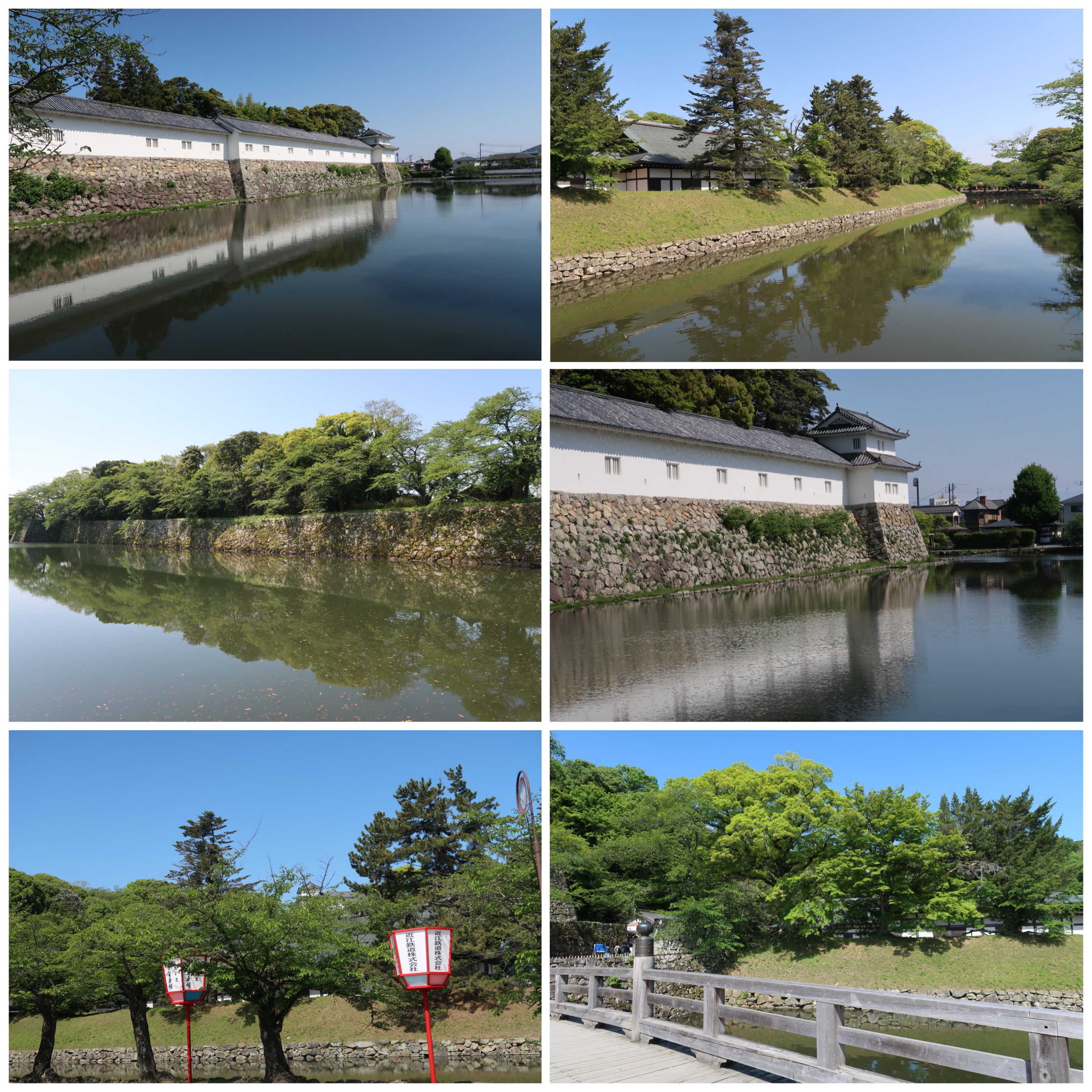 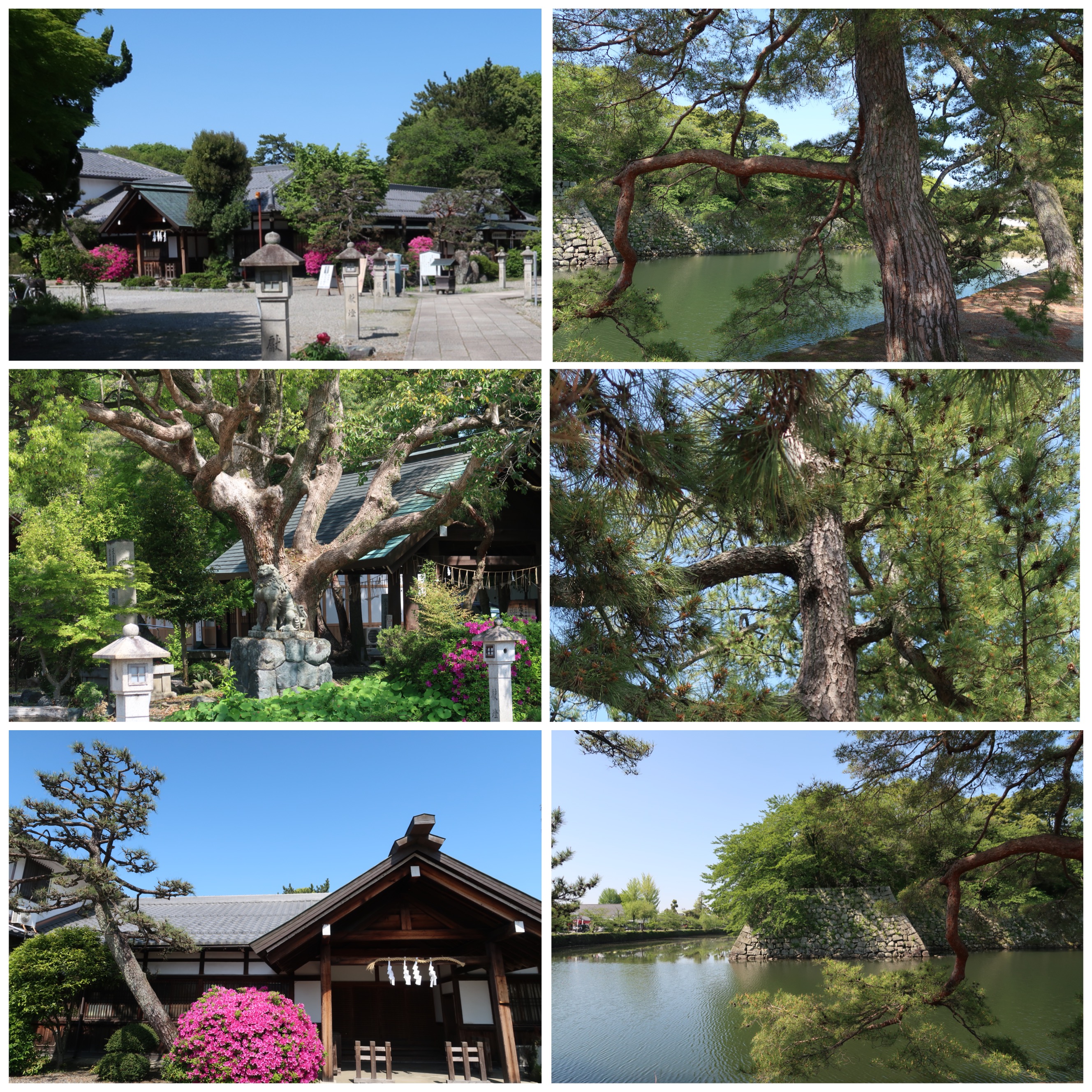 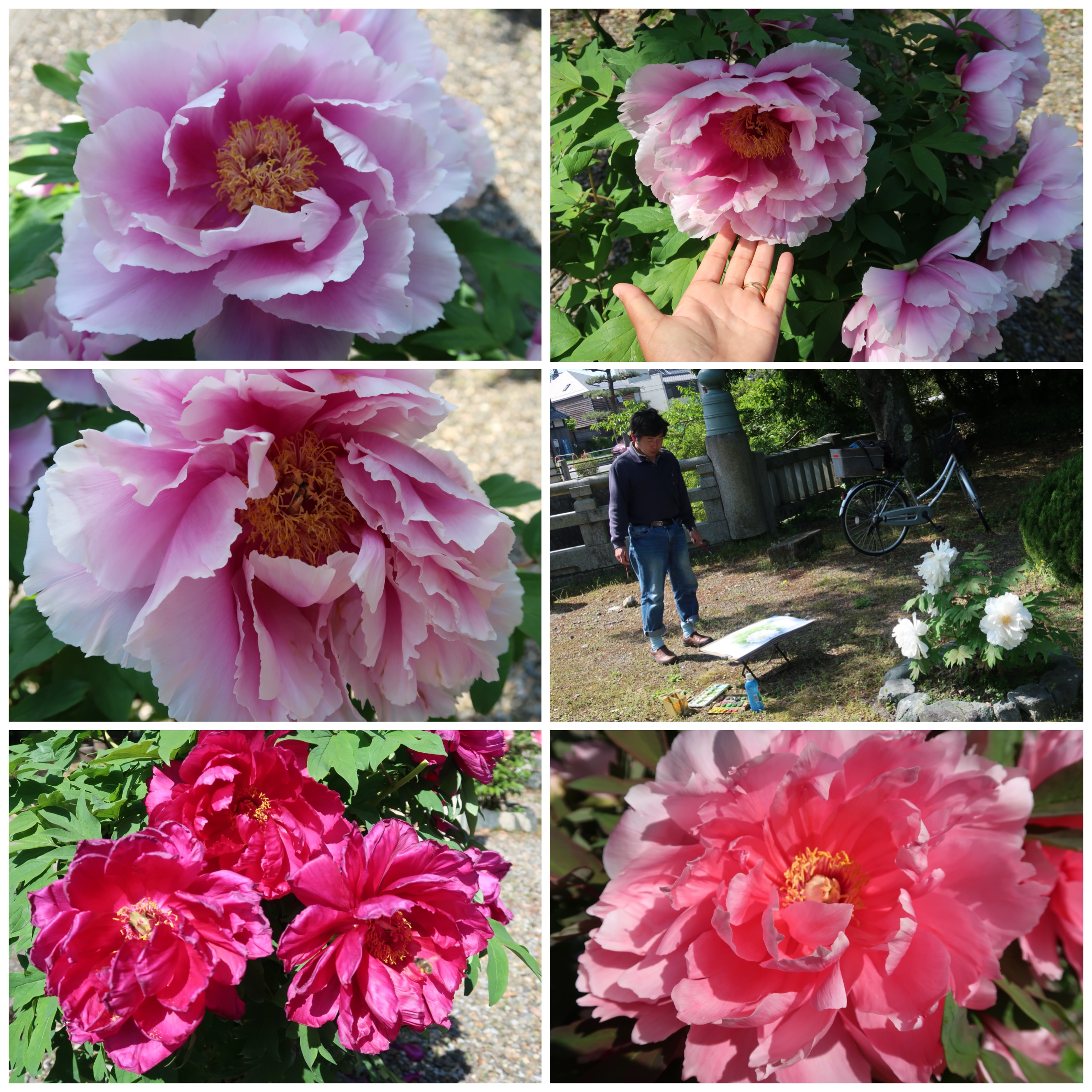 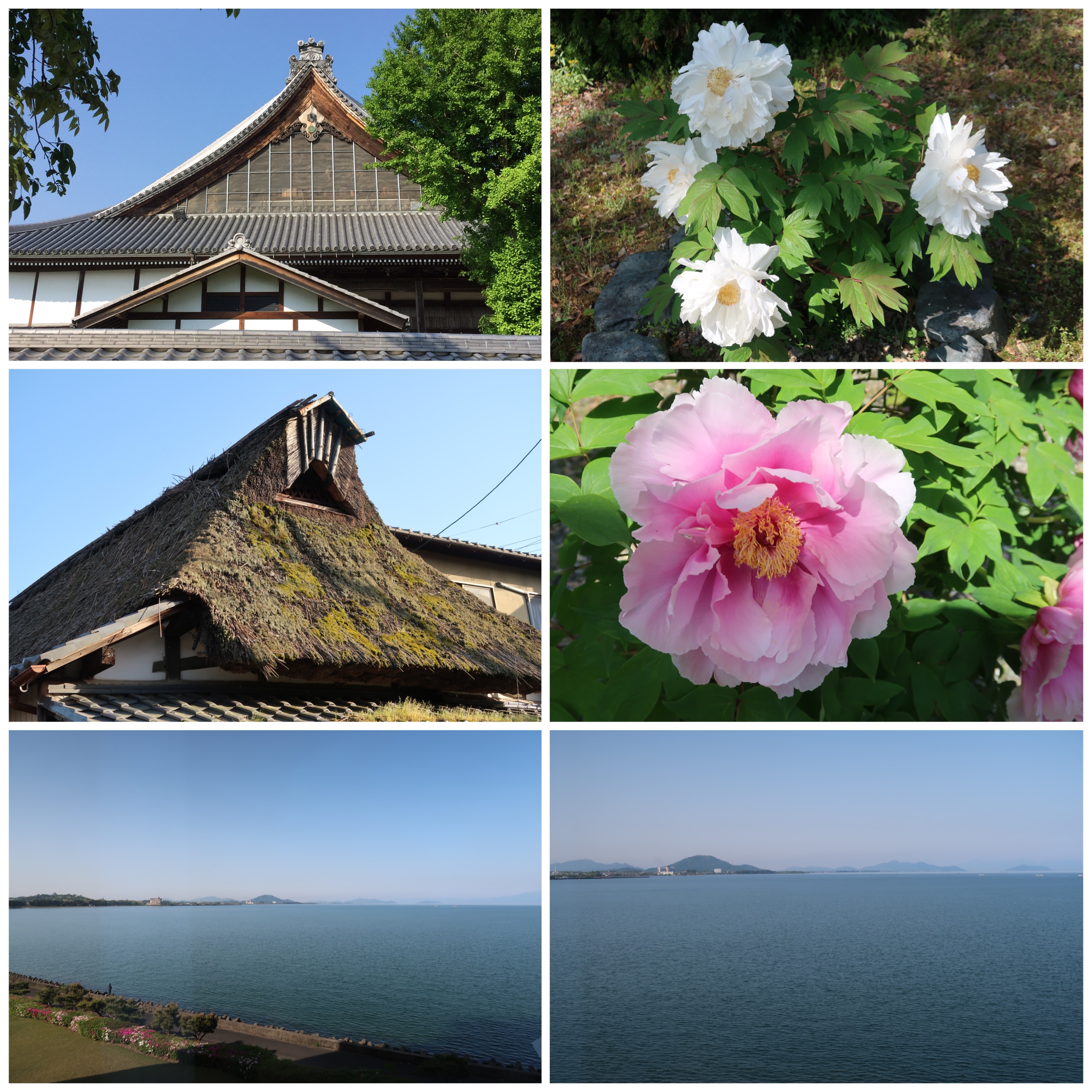 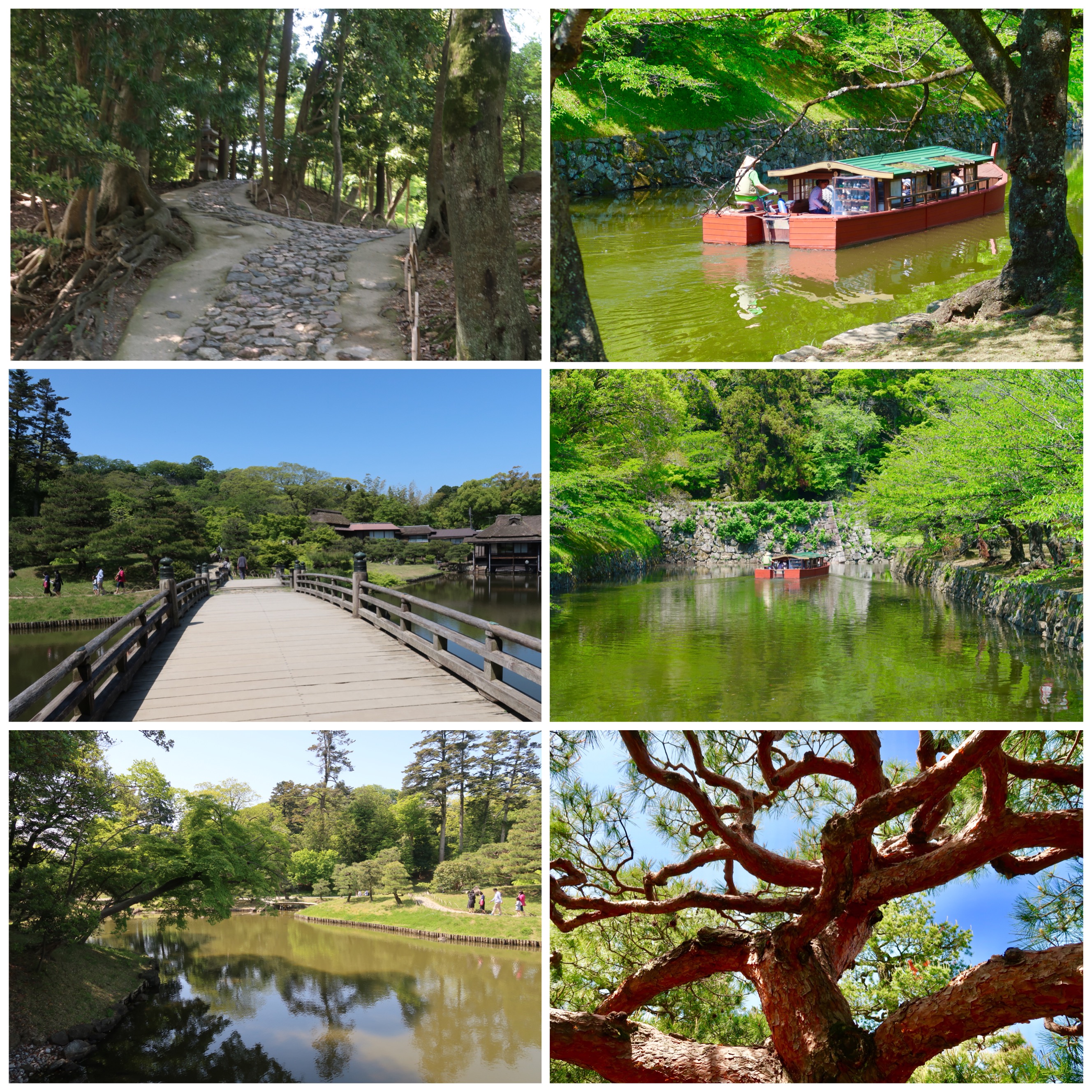 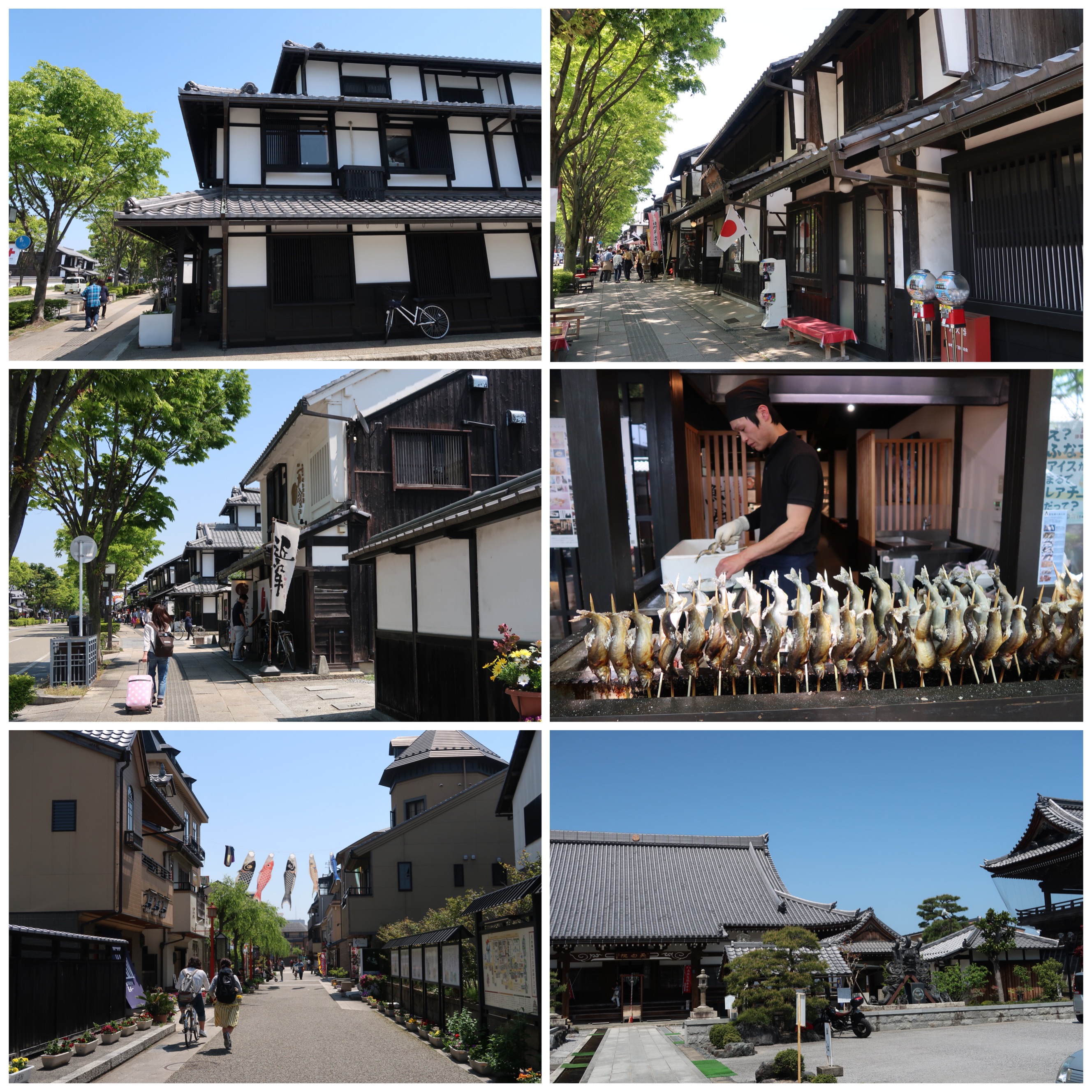 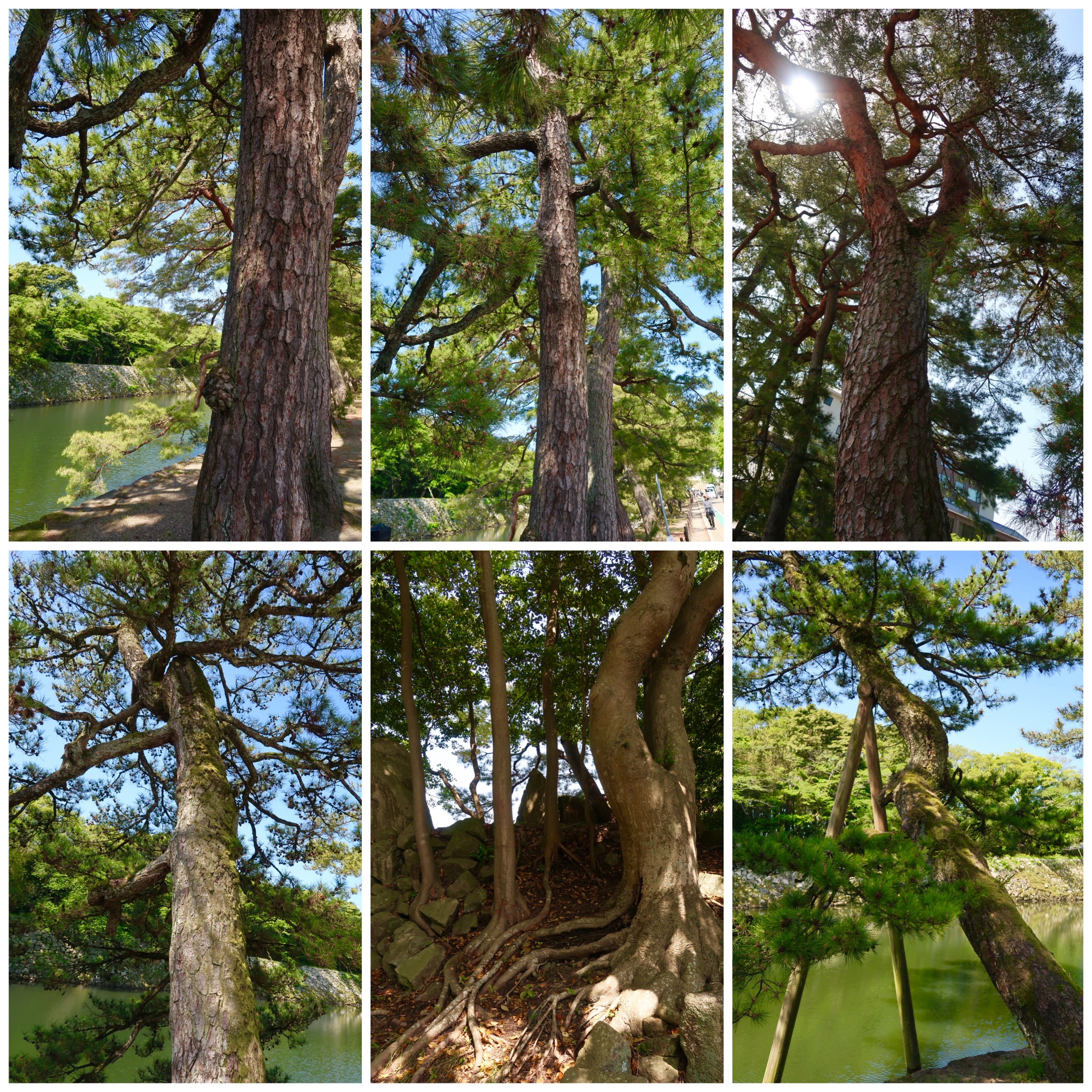 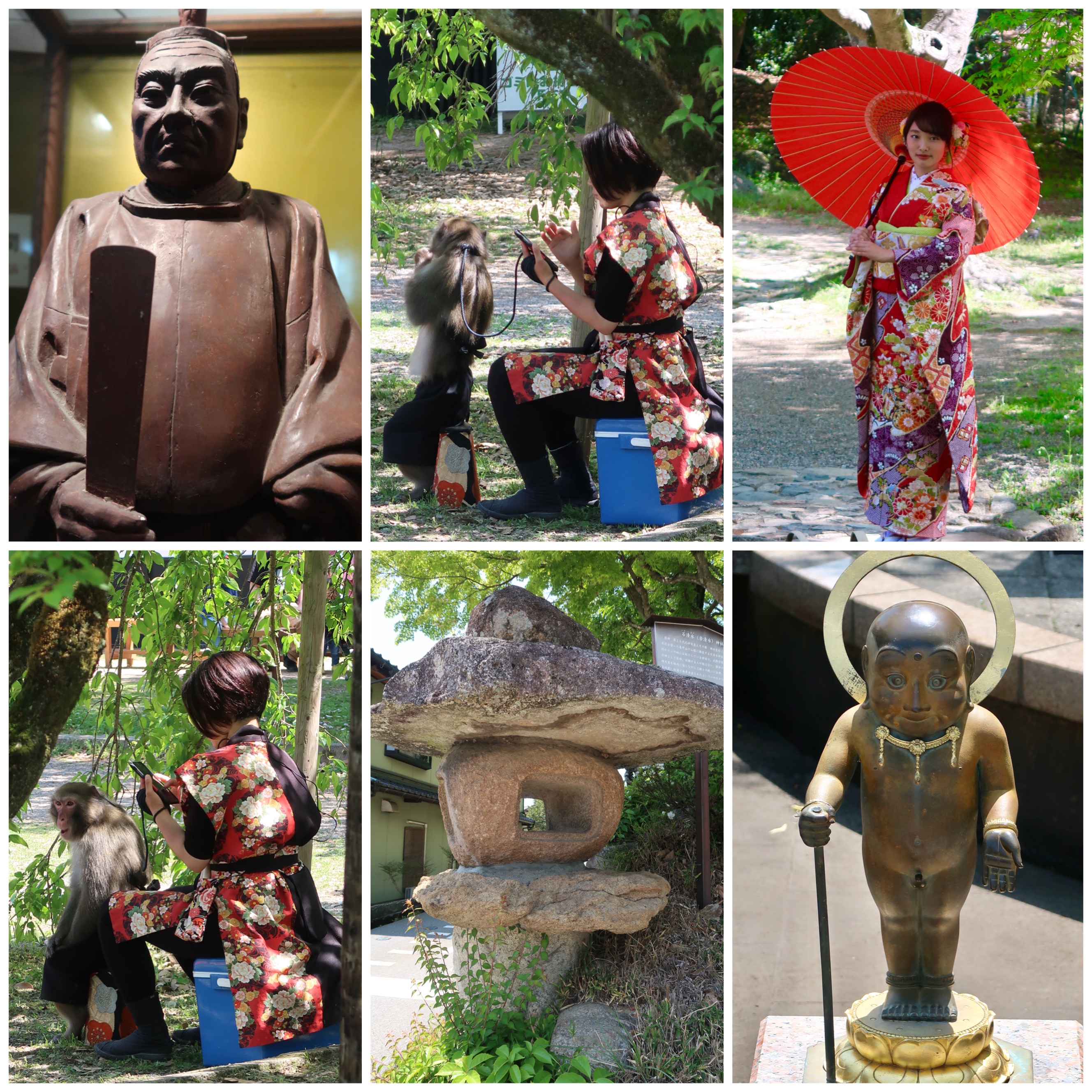 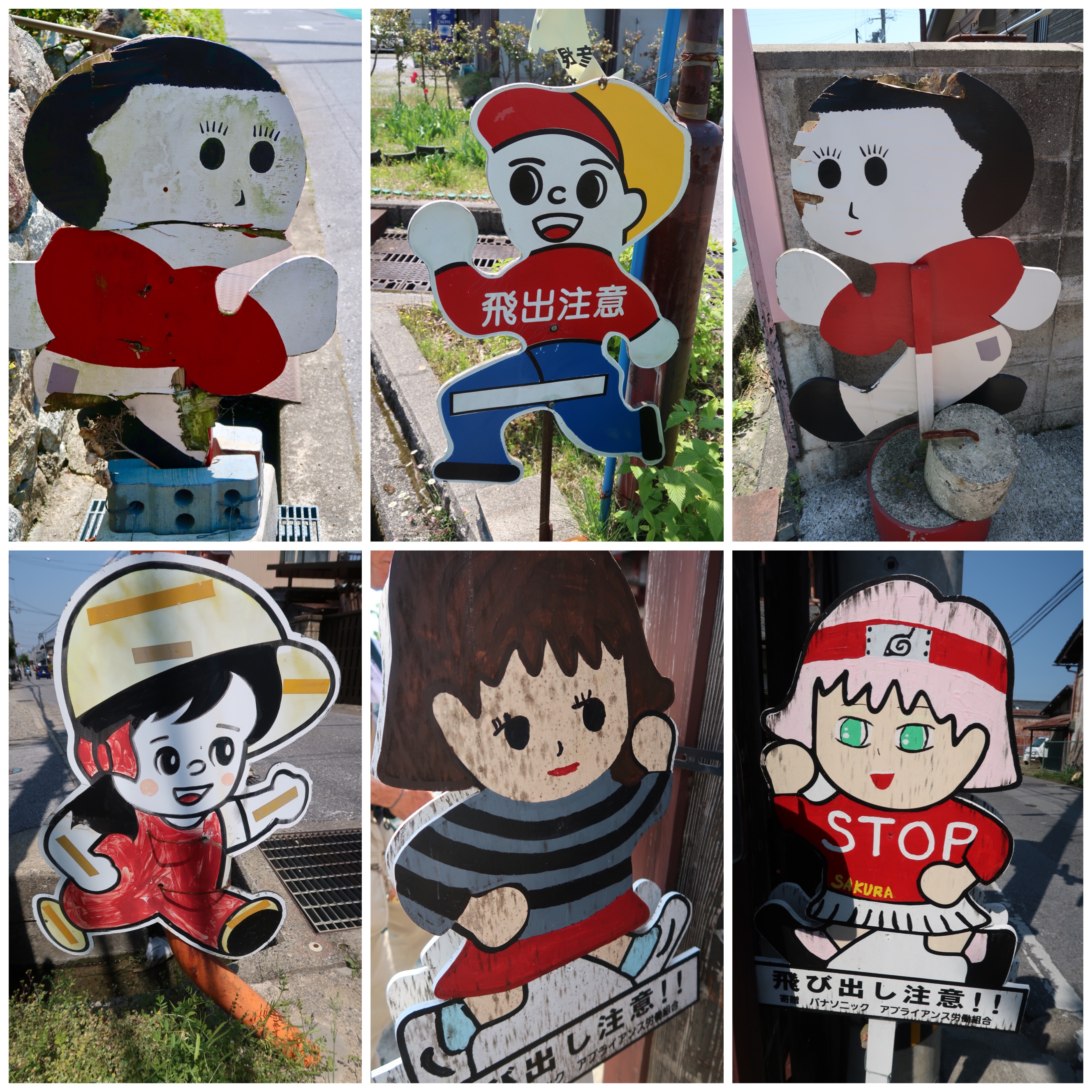 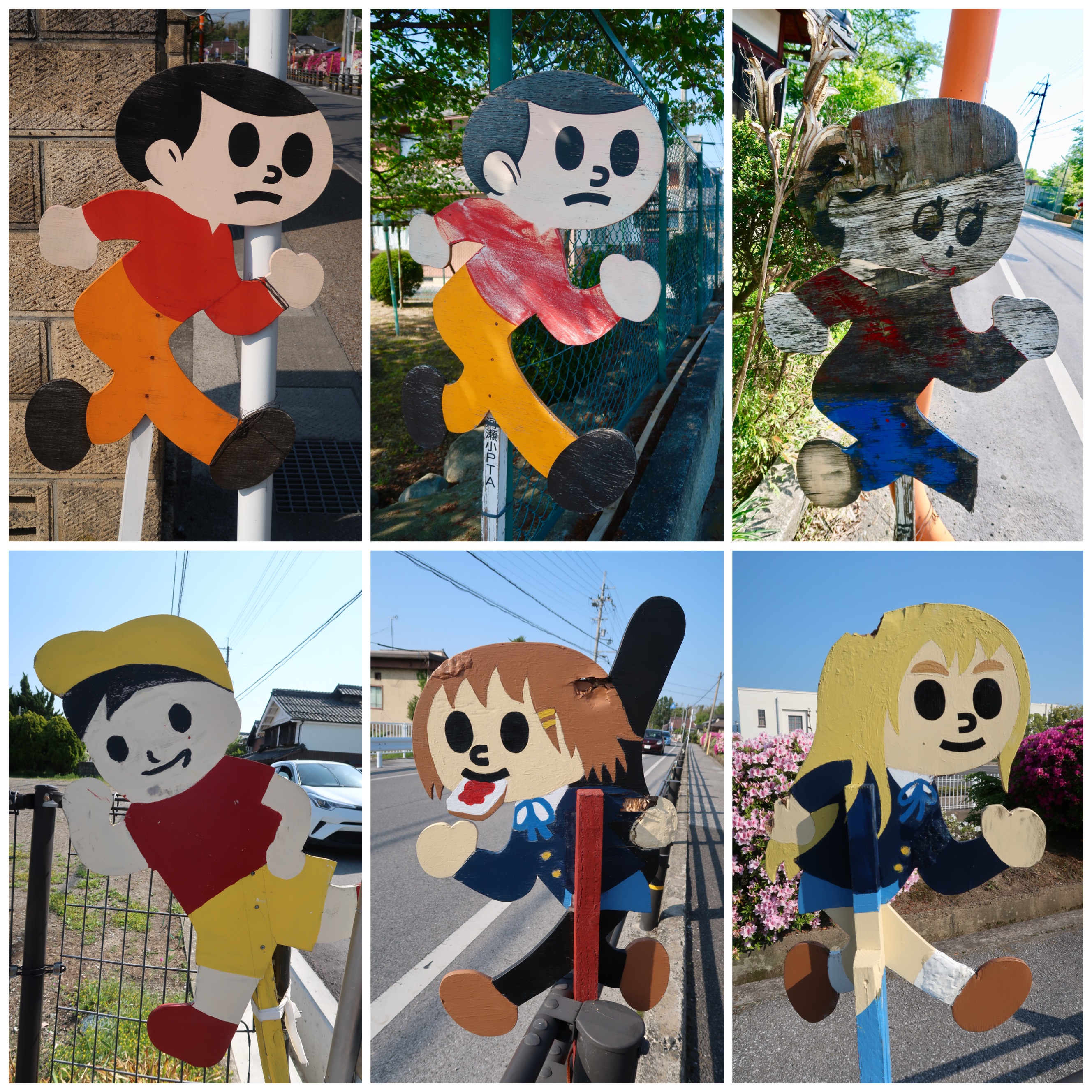 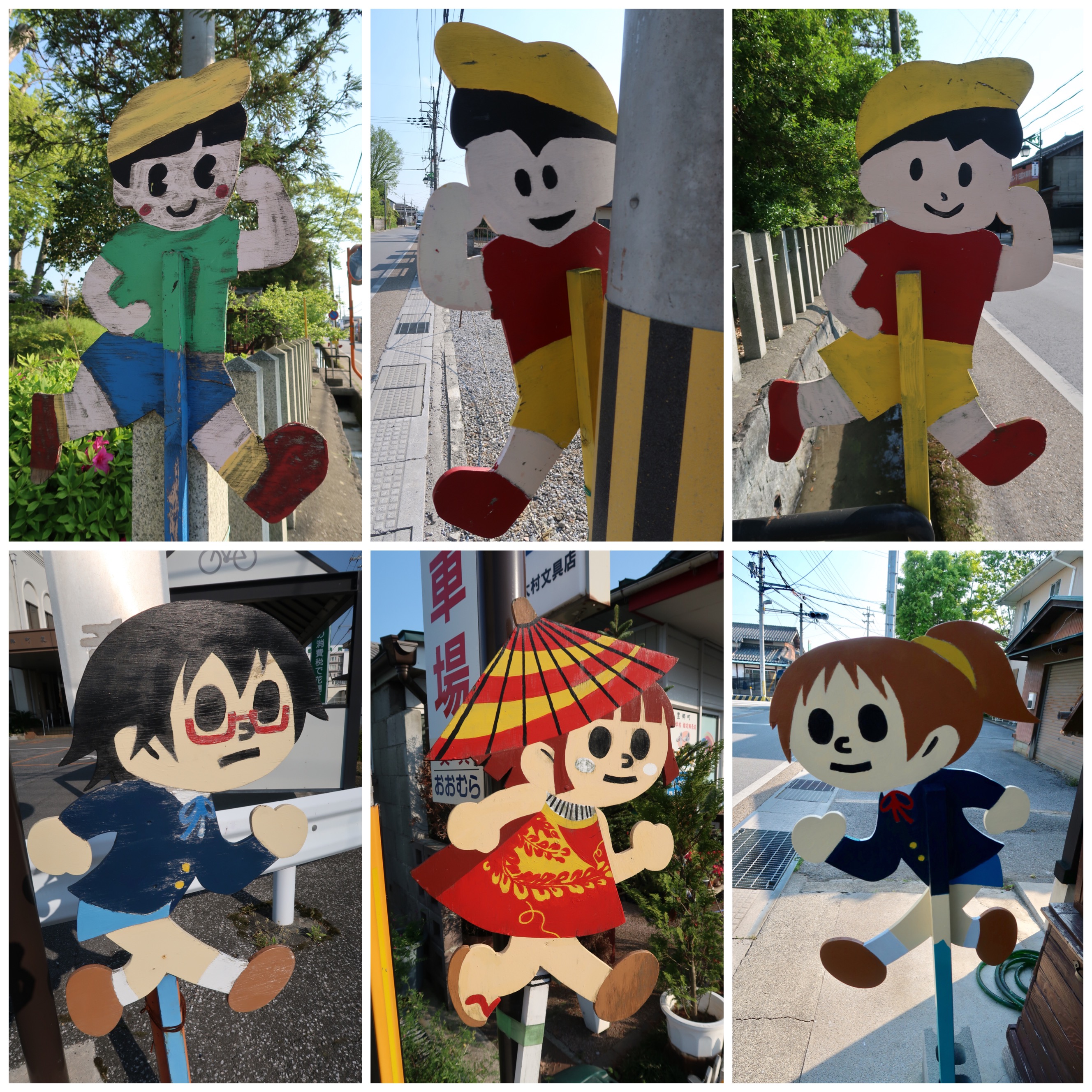 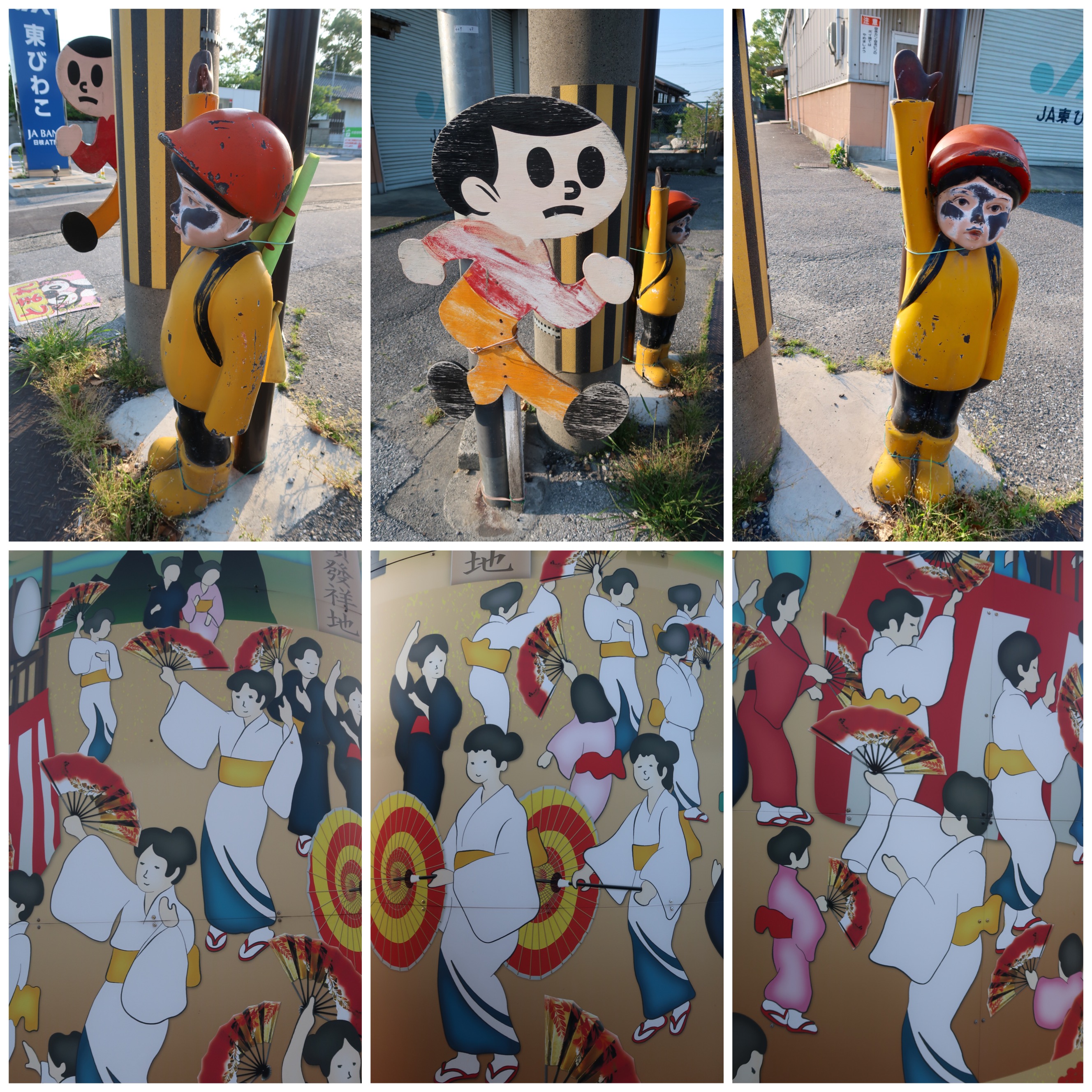 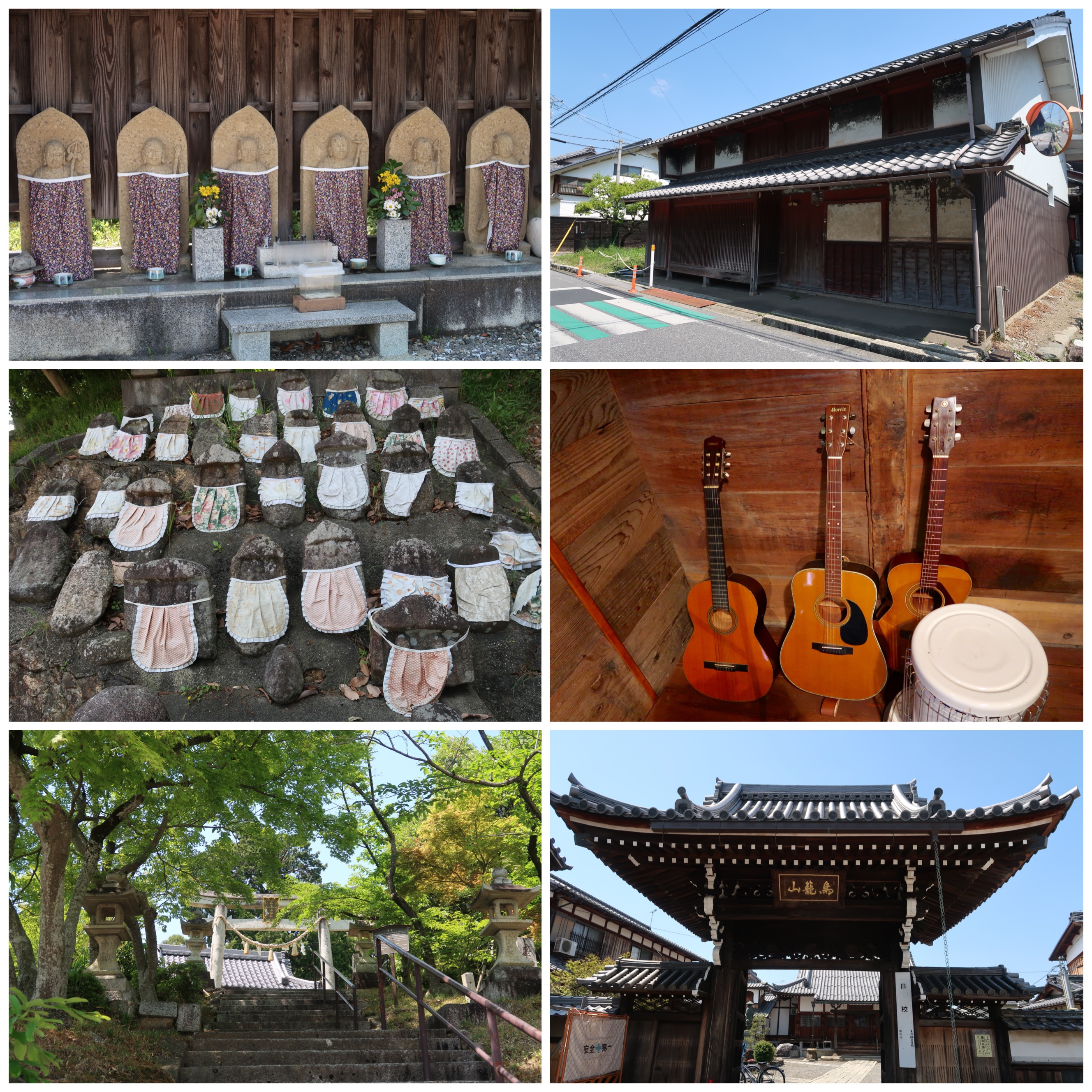 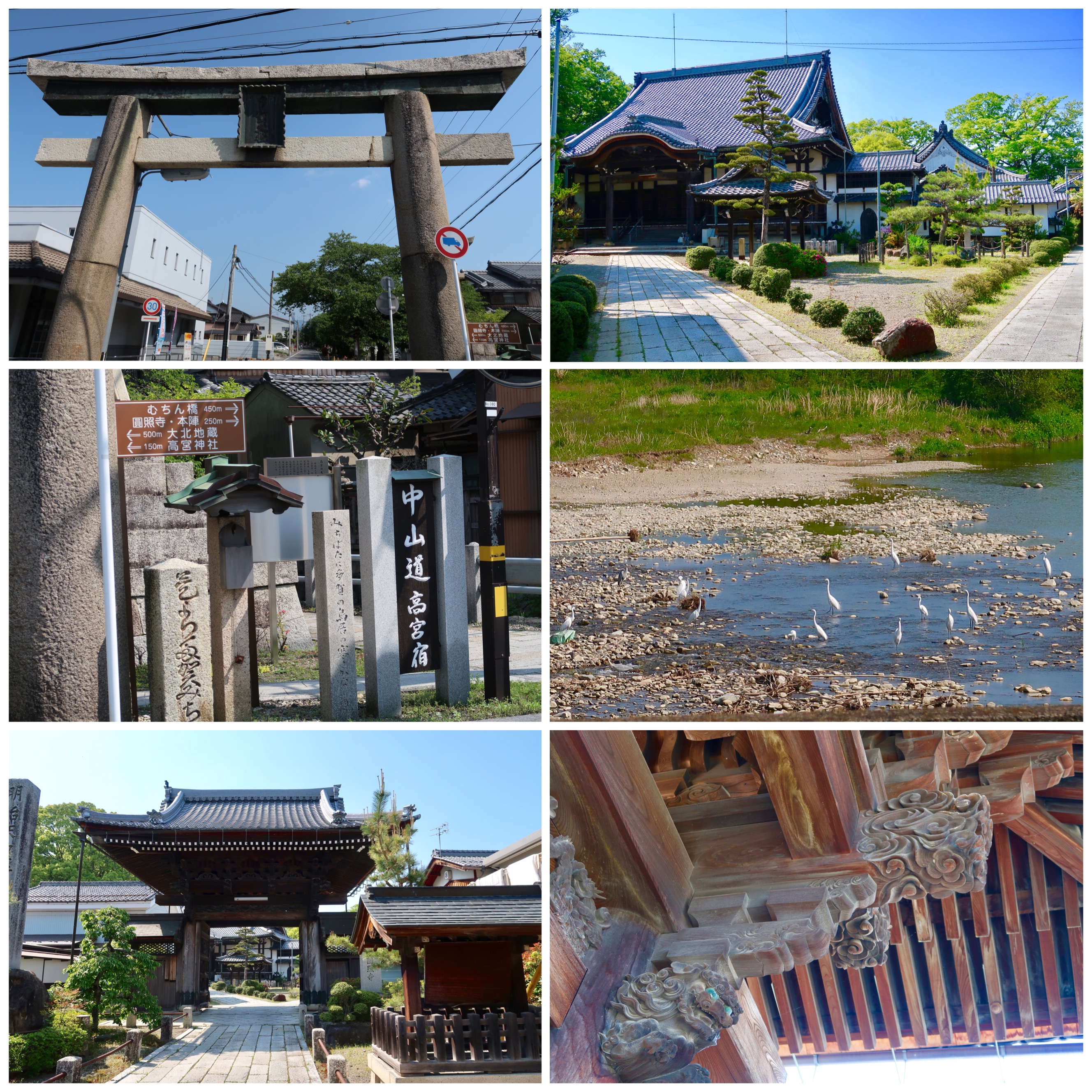 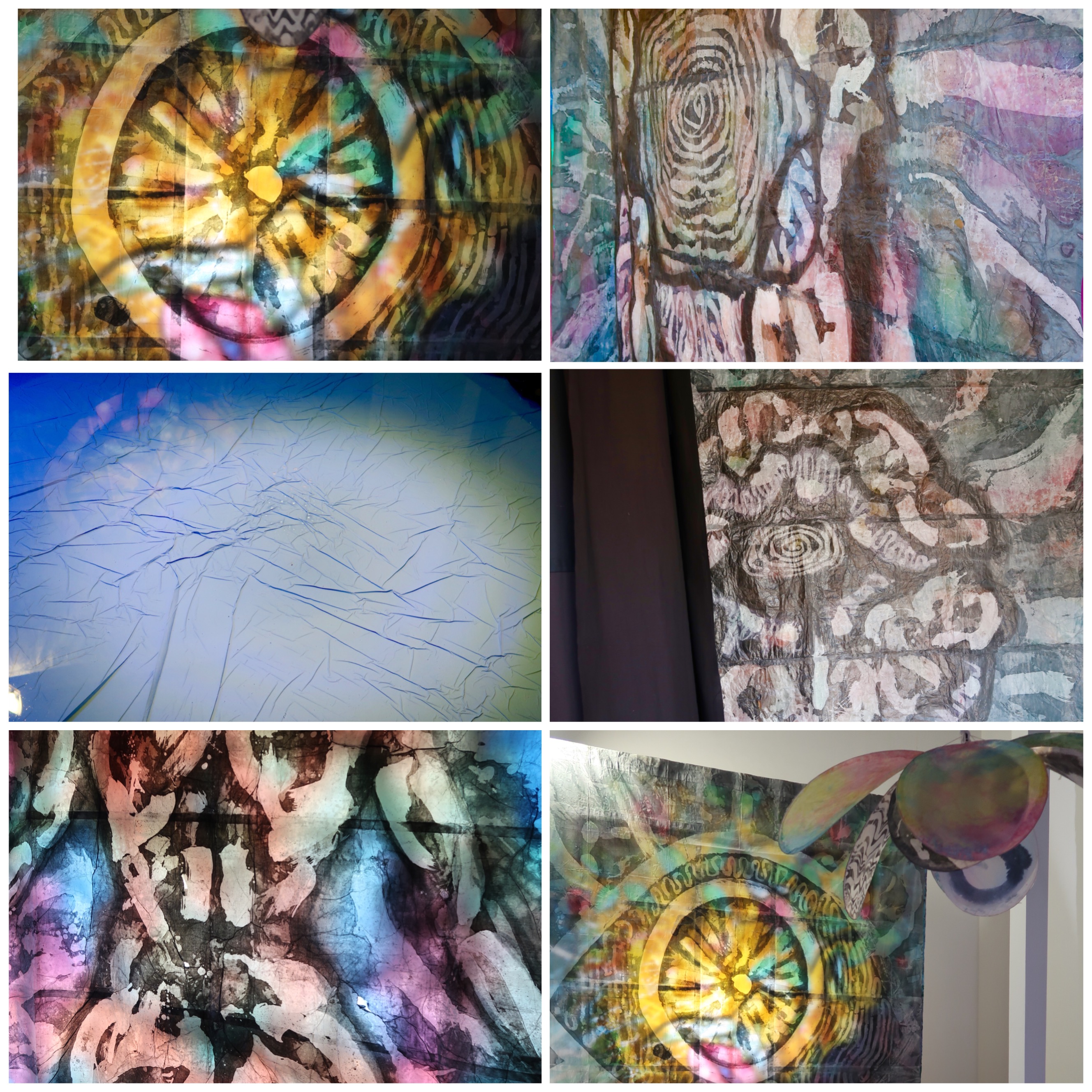 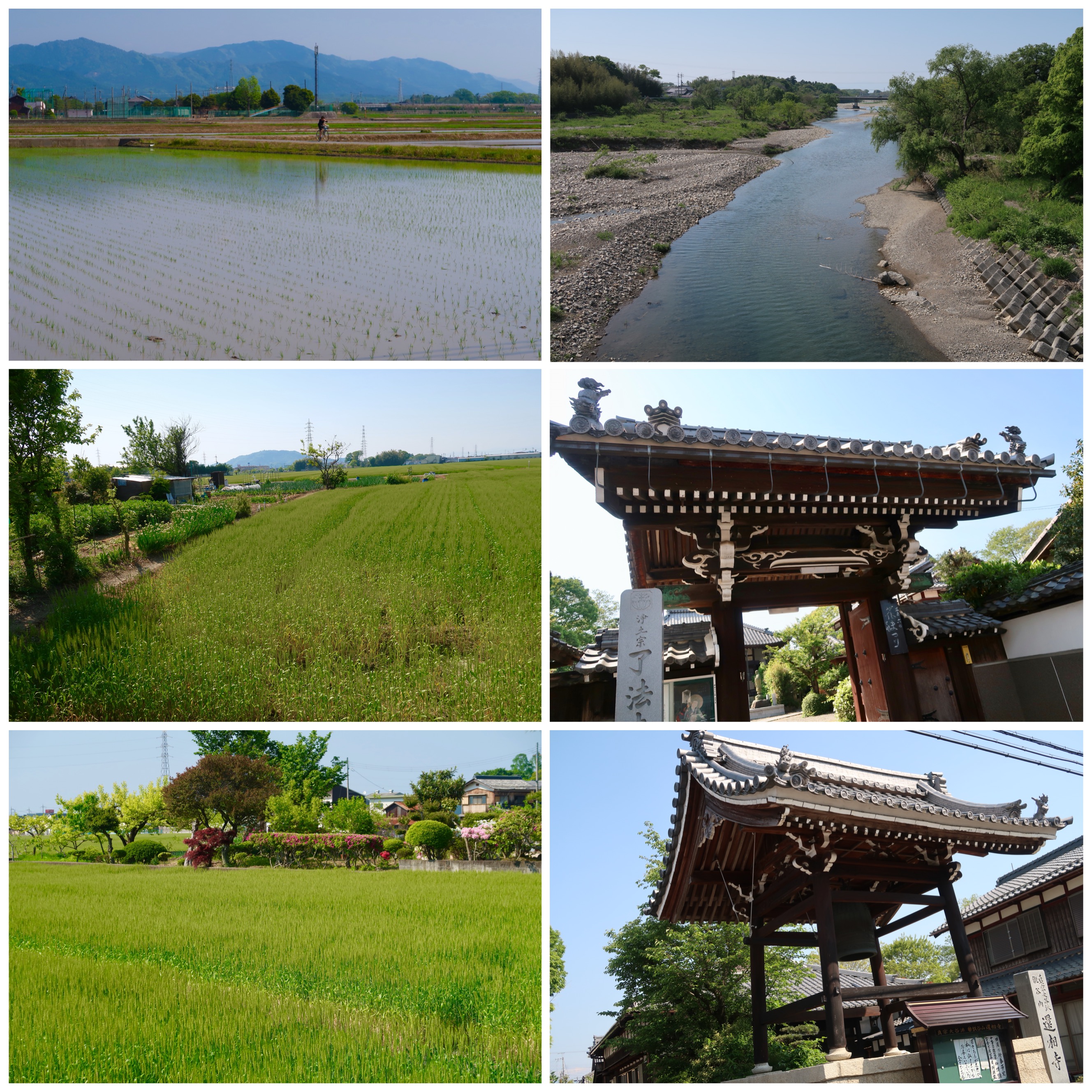 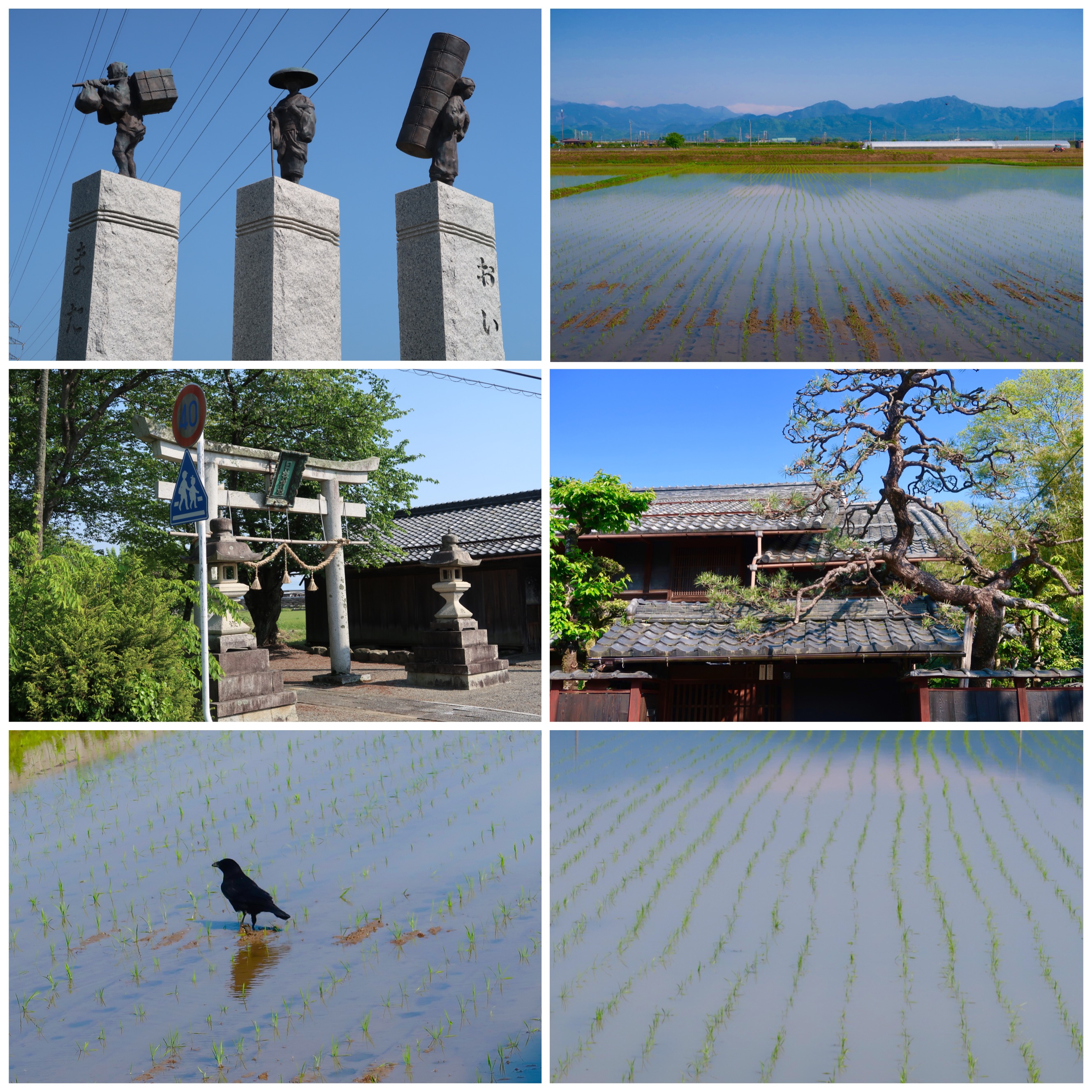 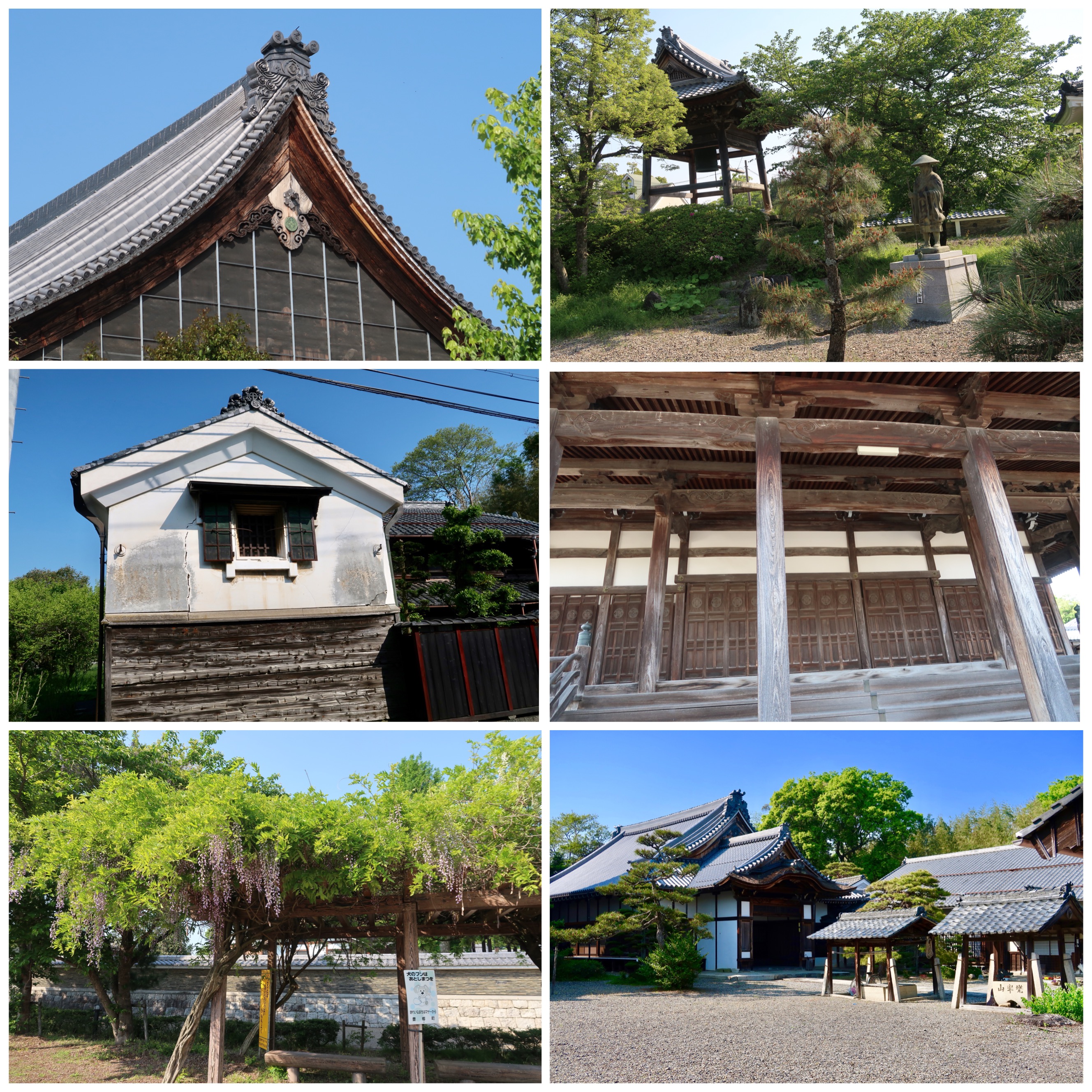 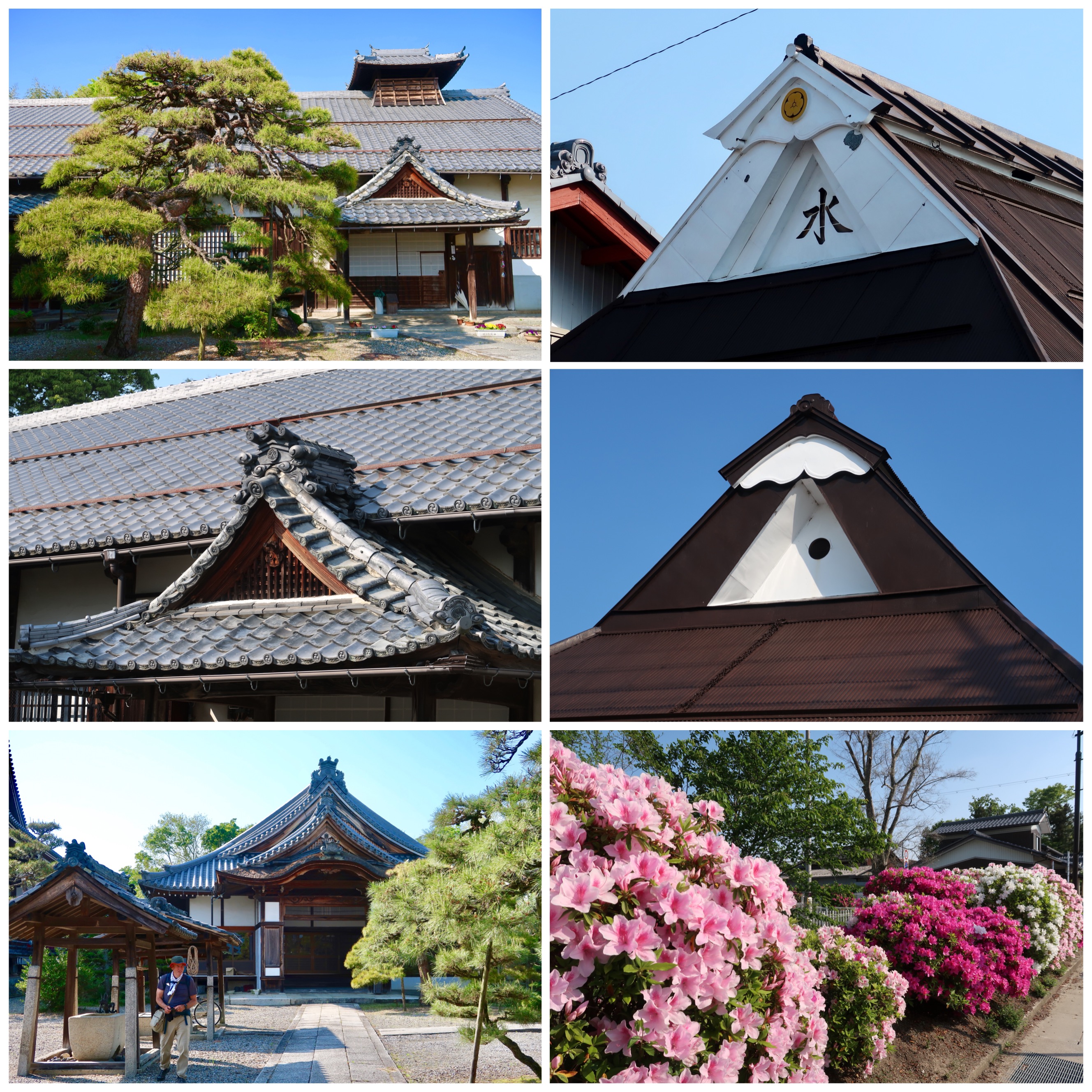 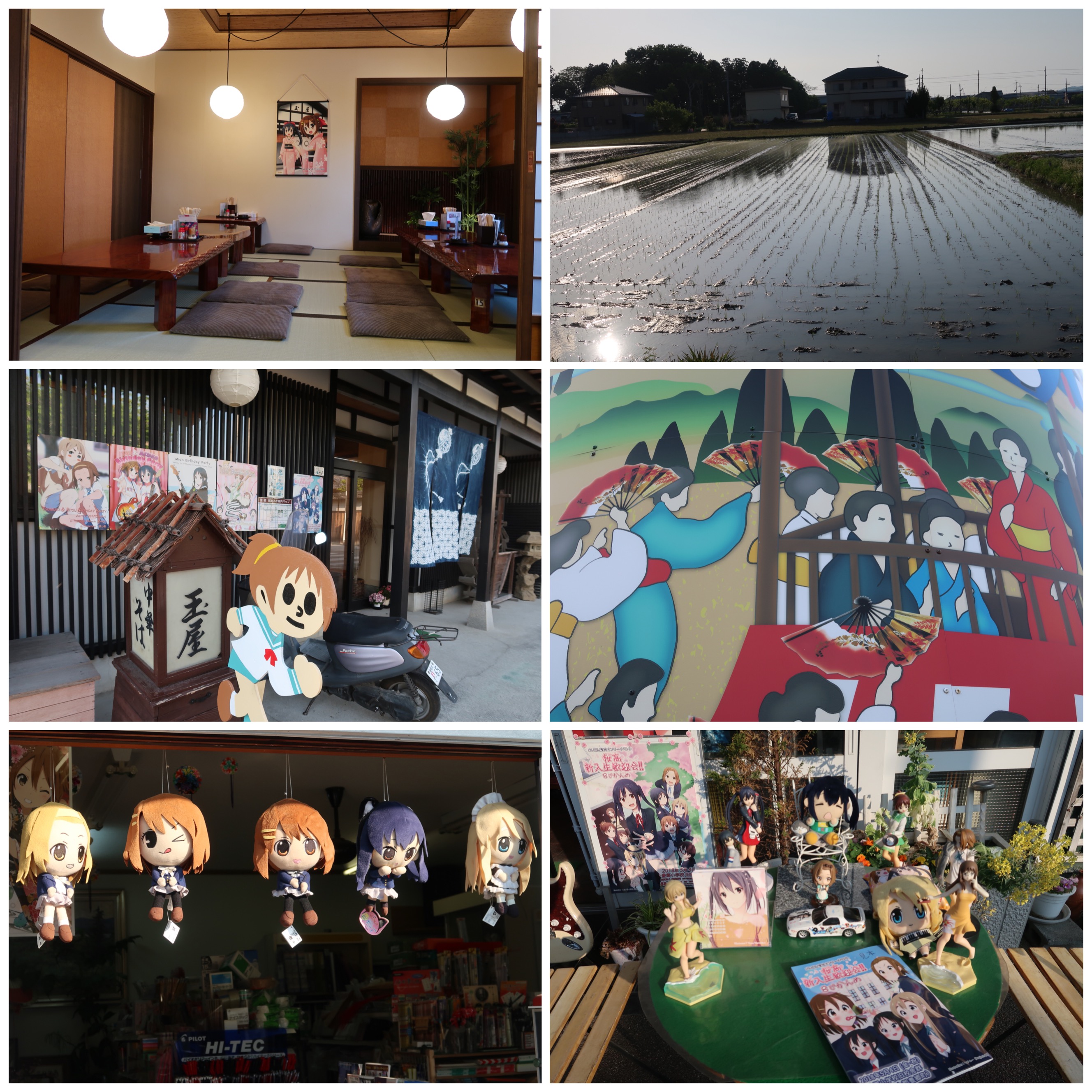 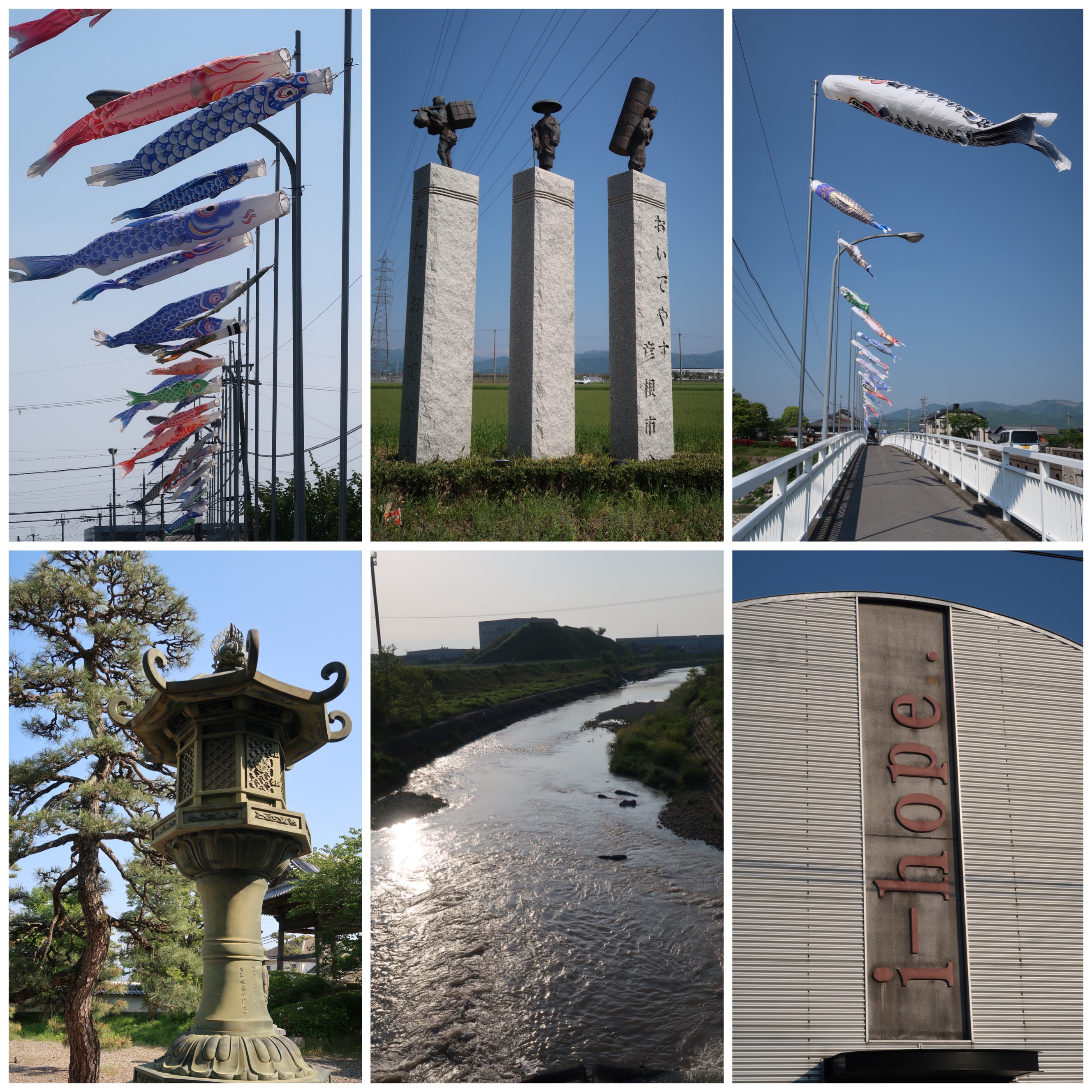 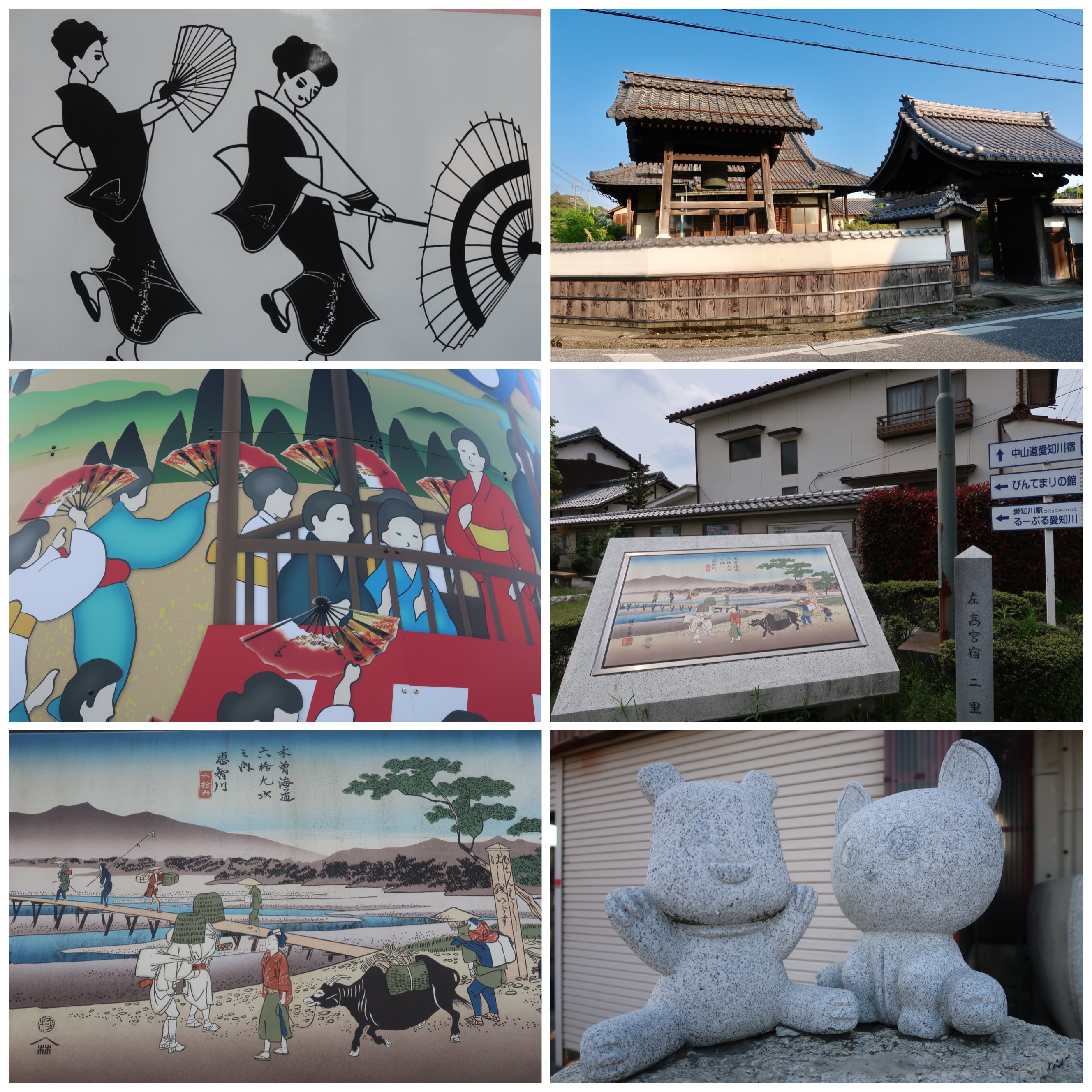 Day 29 – Walking the Nakasendō, Japan – Sightseeing in Hikone and a Long, Hot Day of Walking to Takamiya and to Echigawa

Today was a very warm day.
It is obvious that summer has arrived early, which made for a very hot day of walking over the black pavement of the Nakasendo in this area.

We had a room with a view of Lake Biwa, but the lakeshore did not look great in this northeastern section.
There were lots of low-end restaurants, storage facilities, factories, and unattractive hotels and houses along the shores of the lake in this area.

At the Hikone train station, we left our backpacks in a coin locker, and walked over to the Hikone Castle to see the castle and walk in its lovely garden.

It was a busy weekend day, and many families were touring the castle.
It was also Showa day, which is an annual Japanese holiday celebrating the life of emperor Showa.

The stairs to the castle were fairly steep, and I marveled at how we have energy to climb to see the sights, before needing to walk another twenty Kilometers afterwards.

The Hikone castle is a very large one, and in this castle, the lord’s family did live, in addition to samurai soldiers.
There were also maidens and servants who lived in the castle.

There is a double moat surrounding the castle.
It is so large that there are boat tours in the moat.

We started to tour the interior of the castle.
We took off our shoes and placed them in the plastic bags provided, and stood in a long snaking line to visit the first floor.
The line hardly moved and it zigzagged inside, with patient people who had nothing to do today but visit the castle.

We still had a long day of walking ahead of us, and we could not afford the two hours it would have taken to wait in line, so we retraced our steps backwards, apologized to the guard and explained we did not have enough time.
He let us put on our shoes and exit at the entrance, where a new group of sixty people were lined up to enter.

Below the castle there is a lovely Japanese garden with ponds, manicured trees, tea houses and bridges.
It was a breath of fresh air for me to walk in this beautiful and harmonious garden.
It balanced the long days of walking in the urban sprawl surrounding the Nakasendō, and seeing ugly factories and shabby developments.

Near the castle, there is the old Yume Kiyobashi Castle road.
It had been reconstructed to its original appearance, with lovely two story wooden and earth structures which are now shops and restaurants.
The castle road was not long, but it is well attended by tourists.

By the time we made it back to Hikone Station, we had walked 8 Kilometers around Hikone.
We walked out of Hikone Station and rejoined the Nakasendo.

There were no sidewalks, no more Nakasendo signs, and lots of speeding cars.
The small towns along the Nakasendo have placed cut out wooden figures of kids in the corners of alleys, to ask speeding drivers to slow down.

But these cute wooden signs did not seem to work.
Drivers were speeding along the narrow road, as if they had such emergencies to attend to…. or maybe walking for a month at such slow speed, made us less tolerant of the cars’ speed.

We noticed that when we started walking at the beginning of April, the rice fields were dry and already harvested.
Now, the rice fields are flooded with water in preparation for the new planting.

The day was extremely hot, and the water in the rice fields was steaming.
We decided that we would stop along the way as often as we could, to rest and drink.

Before the post town of Takamiya, we stepped into a lovely cafe inside a restored Edo Period house.
It was run by two young women who made us Yuzu tea and a green tea matcha waffle, and asked us a lot of questions about our pilgrimage.
They were amazed that we had walked so far, and looked at our map with astonished eyes.
They urged us to rest our feet for as long as we wanted, but we still had a long way to go, so we accepted their gifts of chocolate for the road, and continued walking.

We entered a small gallery that had the sounds of the forest emanating from it.
The entrance was covered with a black curtain, and we walked between two large curtain paintings hanging from the ceiling to the floor.
In the middle of the gallery there was a small pool filled with water, and an IV bottle dripped water into the pool.
The man who runs the gallery shut off the lights, so that we could see that the water drops made lovely ripples on the ceiling.

With the sounds of the forest, the water, the ripples and the lovely paintings of the naked human form, I felt a bit like an artist again, enjoying the power of art to transfer one into inner spaces.

It was fun to find such a contemporary art exhibit in a small shop in the middle of the old and traditional Nakasendo.

When the road was boring and long, we started fantasizing about where we might go next, maybe go diving in the Philippines or in Indonesia, or go to Vietnam and visit Hanoi and the beaches….
It helped us take our minds of the heavy backpacks, the heat and our tired feet.

For most of the day, we passed by no restaurants, and we resigned ourselves to just eating some snacks and drinking water.
But a little later, we passed by a small udon restaurant that looked very good and had good vibes.

We stepped in.
It was a beautifully designed small restaurant dedicated to famous anime girls.
There were posters of these girls everywhere, but the place was run by an elderly Udon noodle master and his two elderly assistants, which made the anime cartoons a bit curious, but still fun.

The man was making his Udon broth with Kombu seaweed that he dried outside on a bamboo rack.
He was of course making his own noodles, as most Udon or Soba noodle places do in Japan.

We ordered two Shrimp tempura Udon bowls and rested there for a while, drinking green tea and eating our noodles, which were delicious.

By early evening, the weather had cooled off, but we kept walking.
Since we had started late after seeing Hikone, we wanted to walk a bit longer, while the sun was setting and the stretch of the road had fewer cars.

But it was getting dark and we we were moving slowly, so we stopped walking in Echigawa-Juku.

Echigawa-Juku is a post town, but it was already dark when we got there, so we decided to see the place tomorrow, when we return to resume our walk.

We took the local bus to the train station in Notogawa, which is on the Tokaido Main Train Line, which has more frequent trains, instead of waiting for an hour for the local train.

We took the train to Kusatsu, where we have booked a hotel for the next three nights, in order to complete walking the stretch of the Nakasendo between Hikone and Ōtsu.

That night my feet hurt and the hotel had no hot springs.
I sat in the bathtub, unable to take a shower standing, allowing the water to wash away the dust of the road from my body and hair.
I massaged my feet and thanked them for being so strong, so powerful, so willing and so able….

I have read stories and heard from pilgrims who lost their toenails as a result of walking long hours, had swollen ankles and broken blood vessels, and more.
Without bragging, I can honestly say that my feet look awesome.
They throb and need a big of massaging and rest, but they look good and I am very grateful….

Wishing you a wonderful night or day, wherever you are….
Tali and Jules

Takamiya-juku, #64, is primarily recognized by the big Torii gate that is at the center of the remains of the post town.

The Nakasendo runs through the center of all the old post towns seen today, and it is a narrow road here, with barely room for two cars to pass.
Cars often speed, despite the many brightly painted wooden figures of children popping out from all over, reminding them to slow down.

There is not much pedestrian traffic, and so there are not many businesses open.
Signage is minimal on this whole section of the road, a sure sign that not much has been done to restore and renovate these post towns.
Still, some beauty remains in the old houses.