Day 26 – Walking The Nakasendō, Japan – The Golden Buddha of Gifu, and Have I Lost the Passion for Walking the Nakasendō? 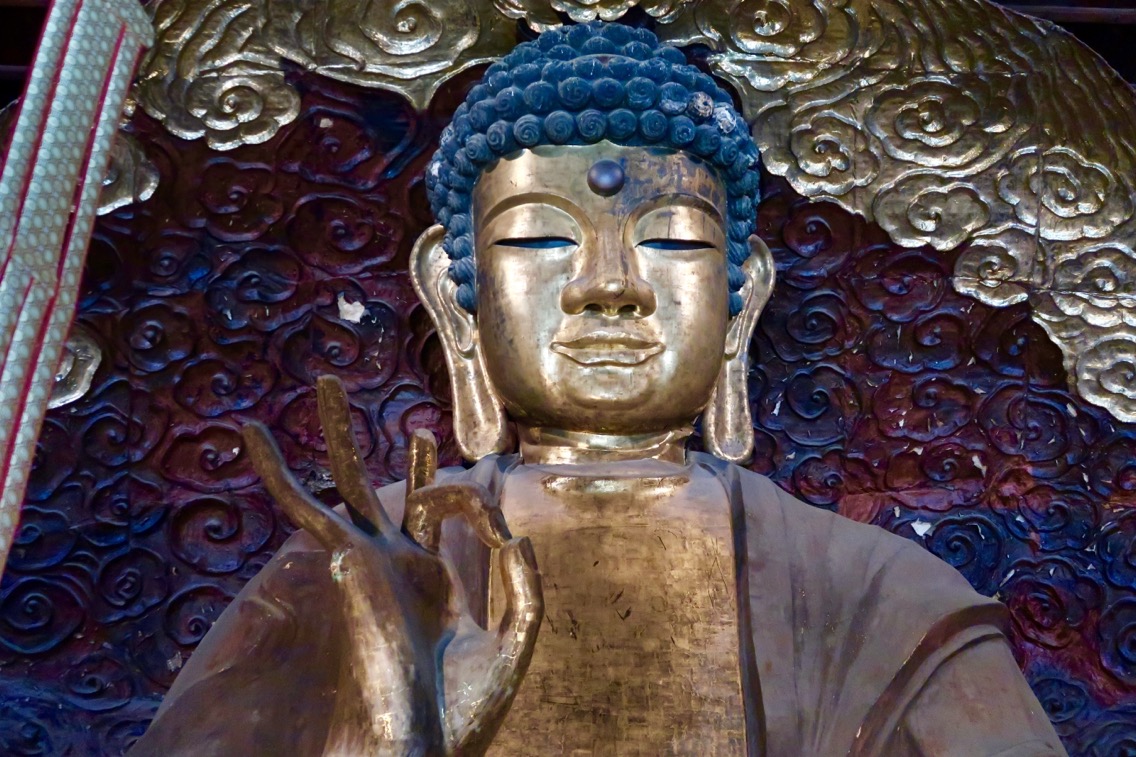 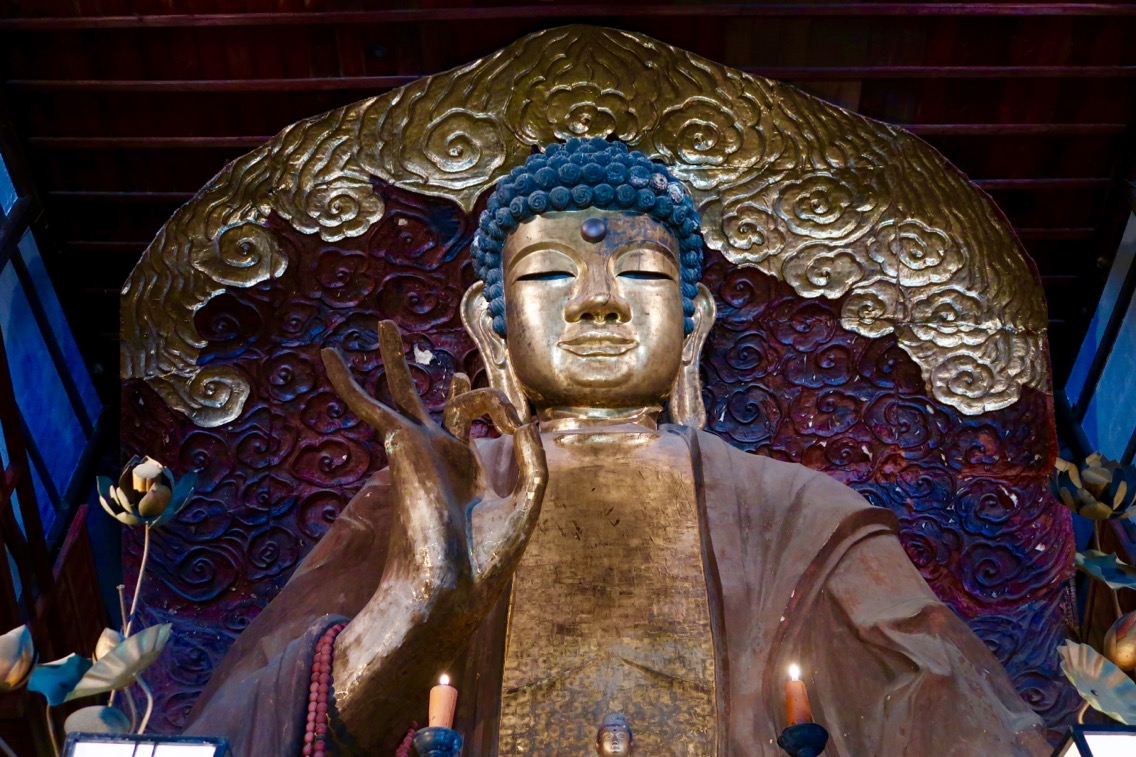 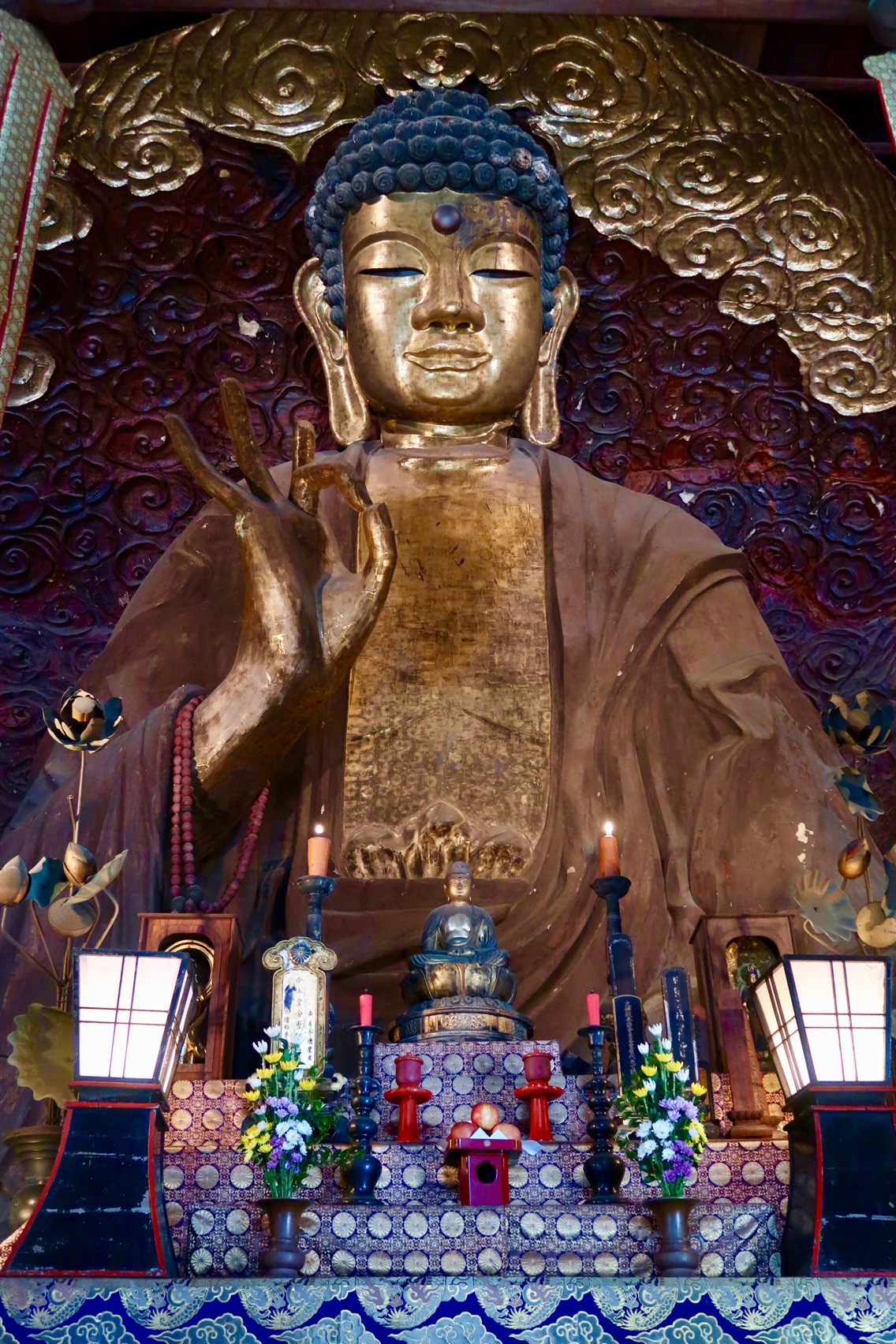 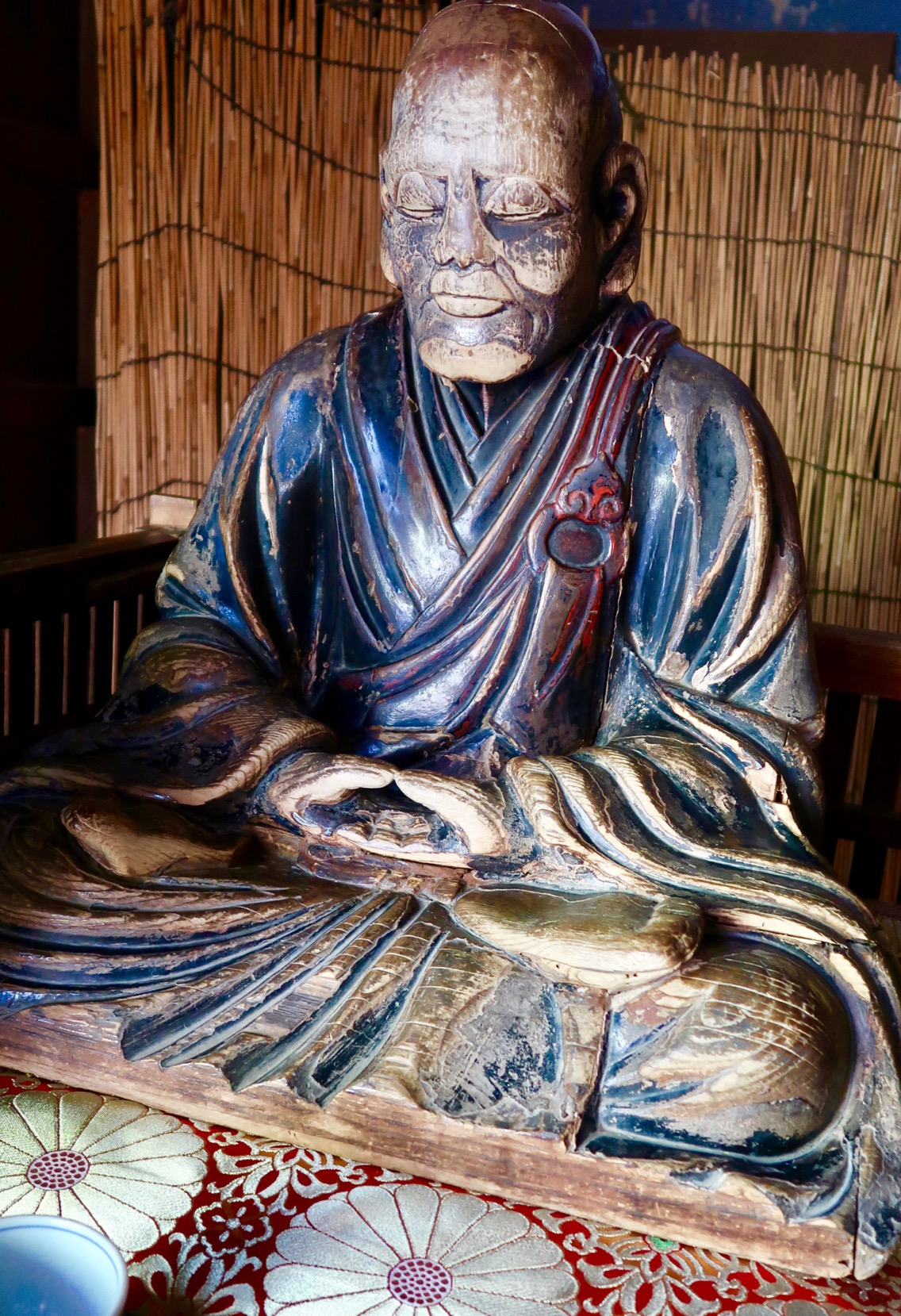 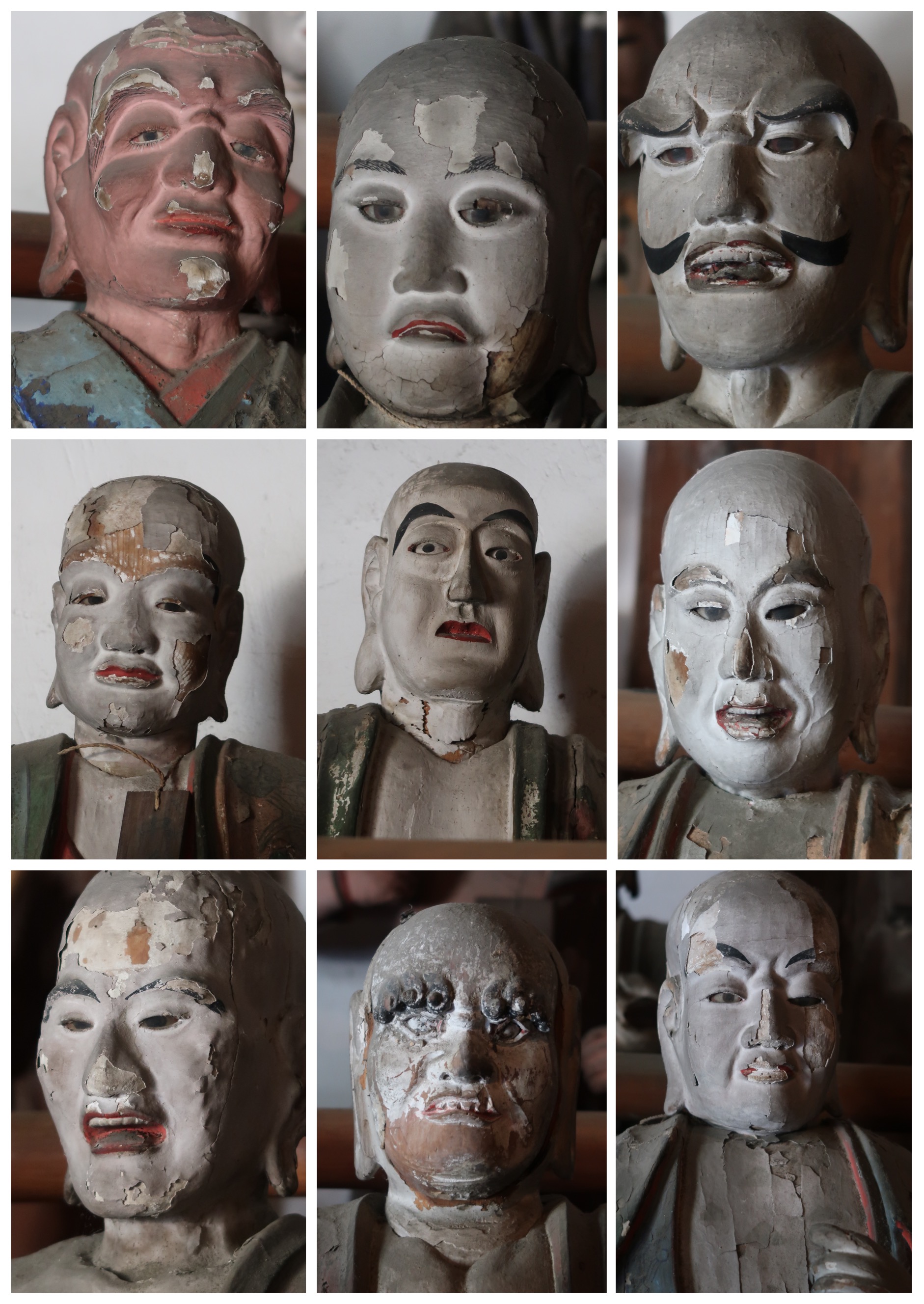 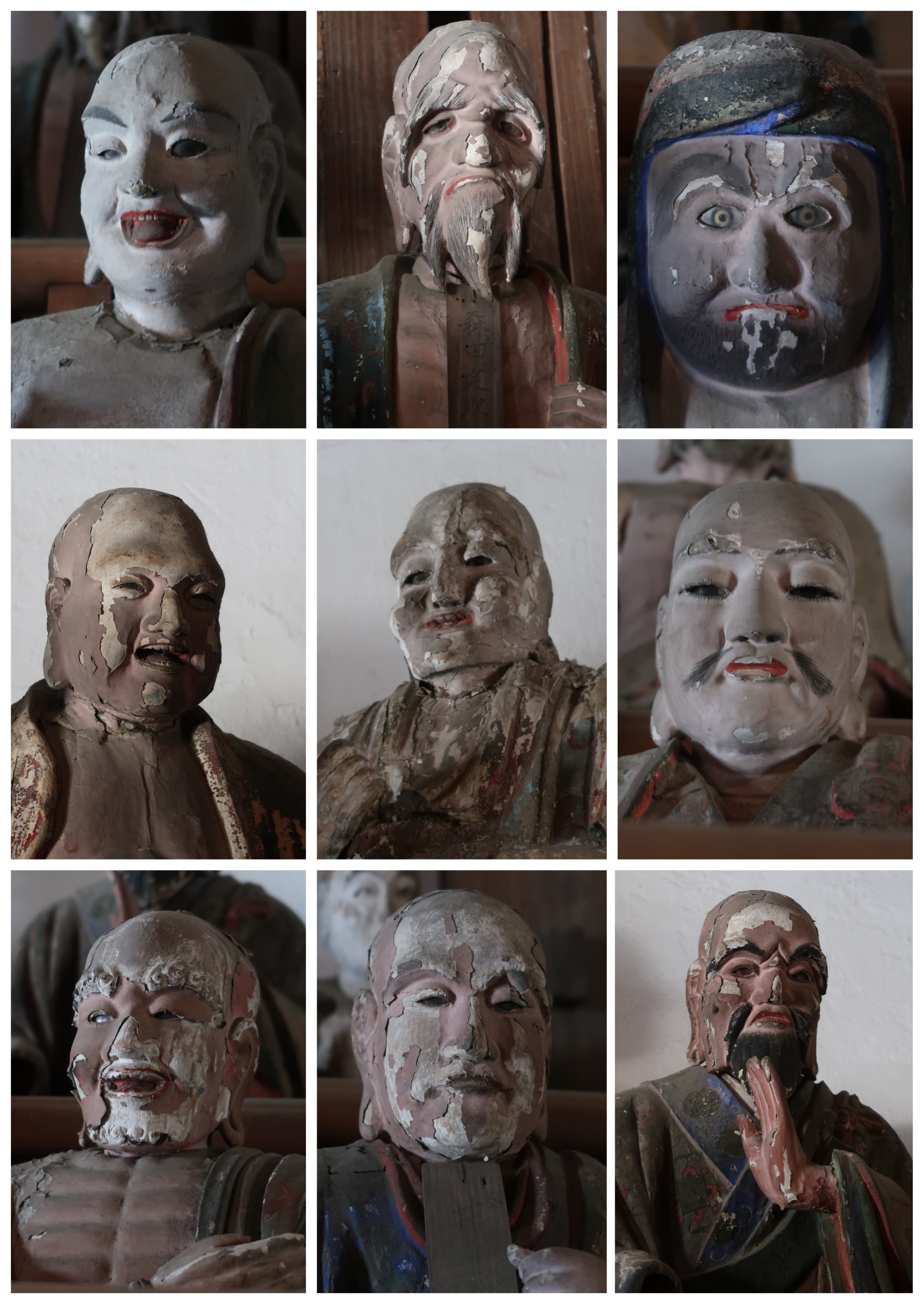 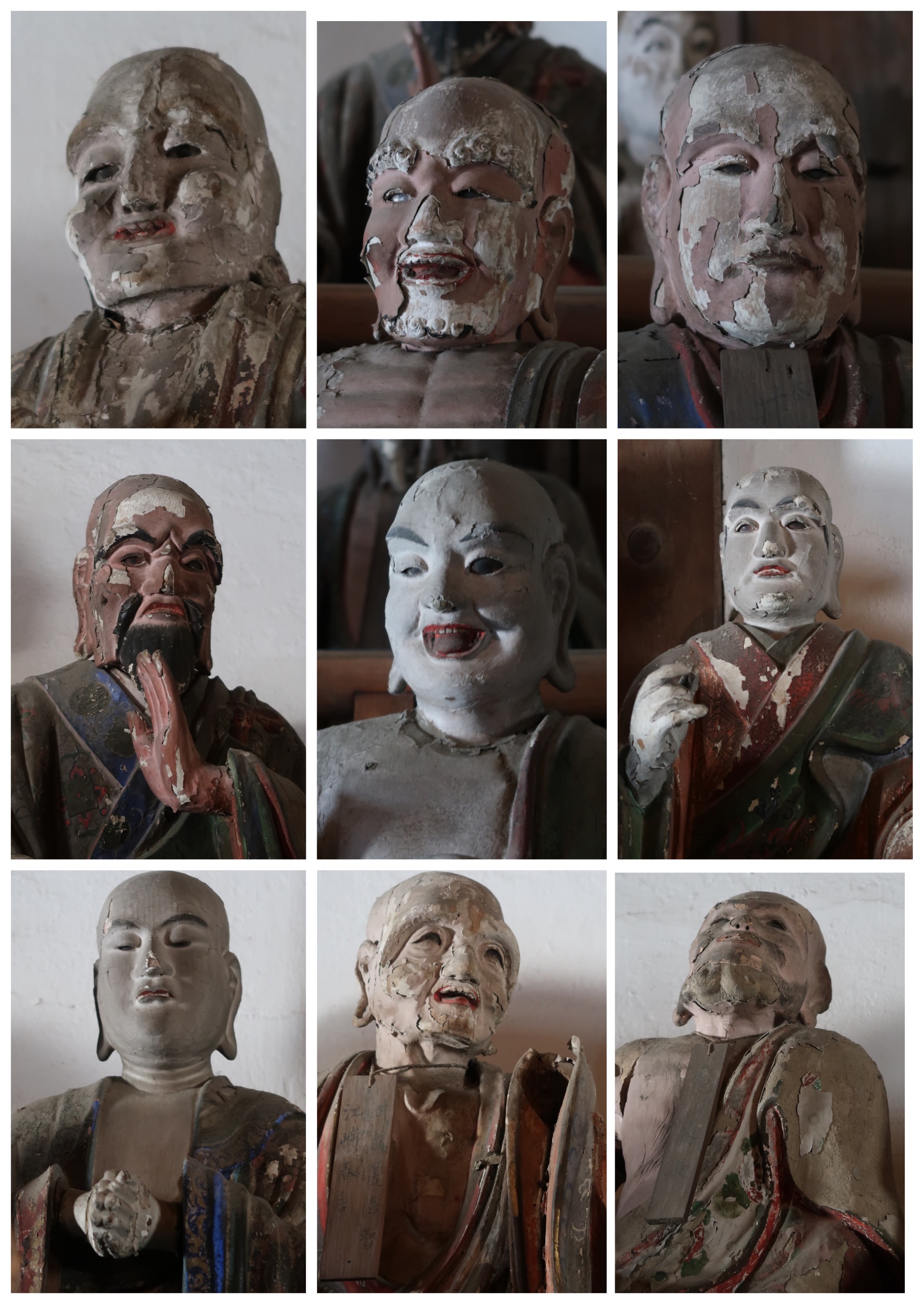 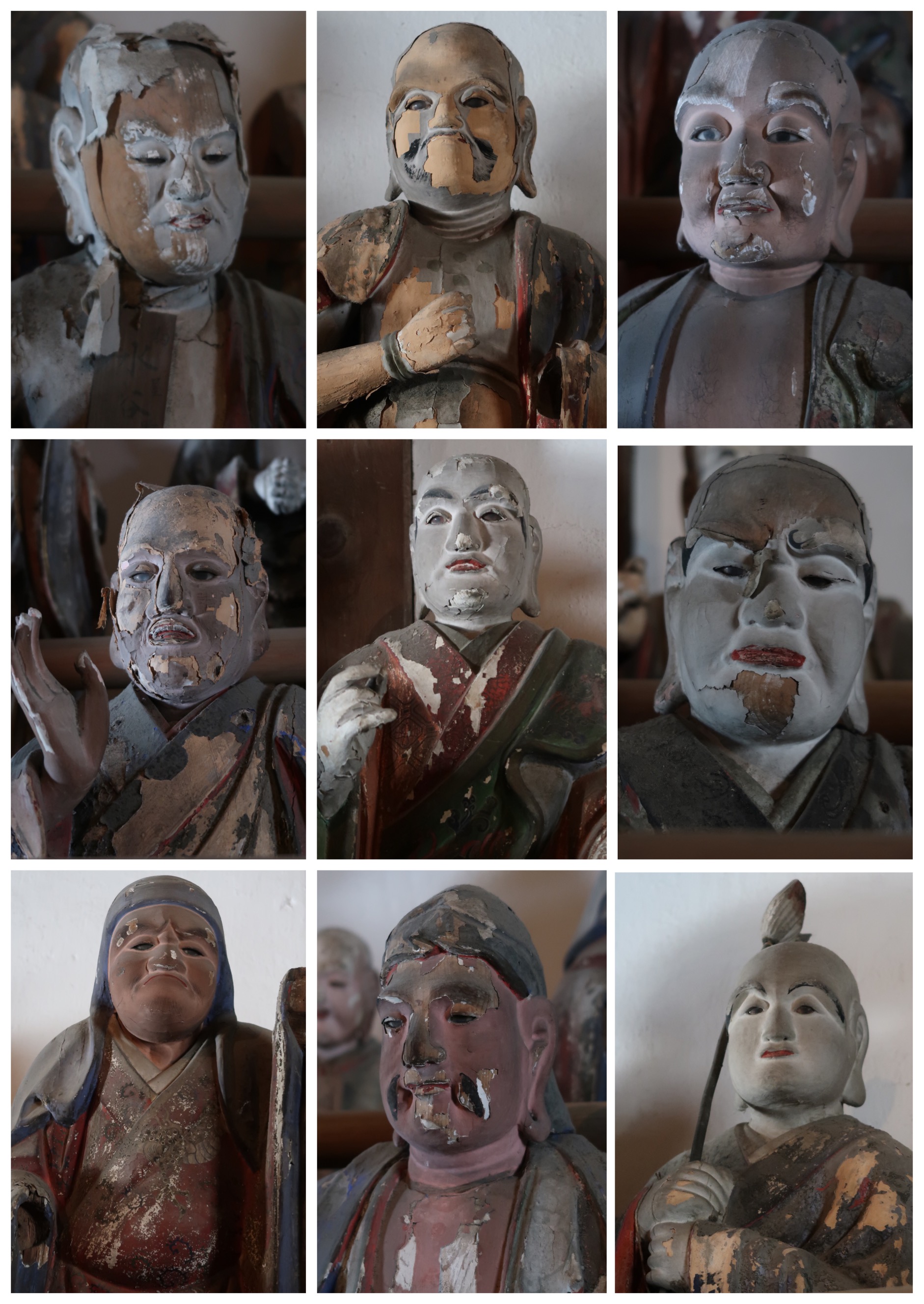 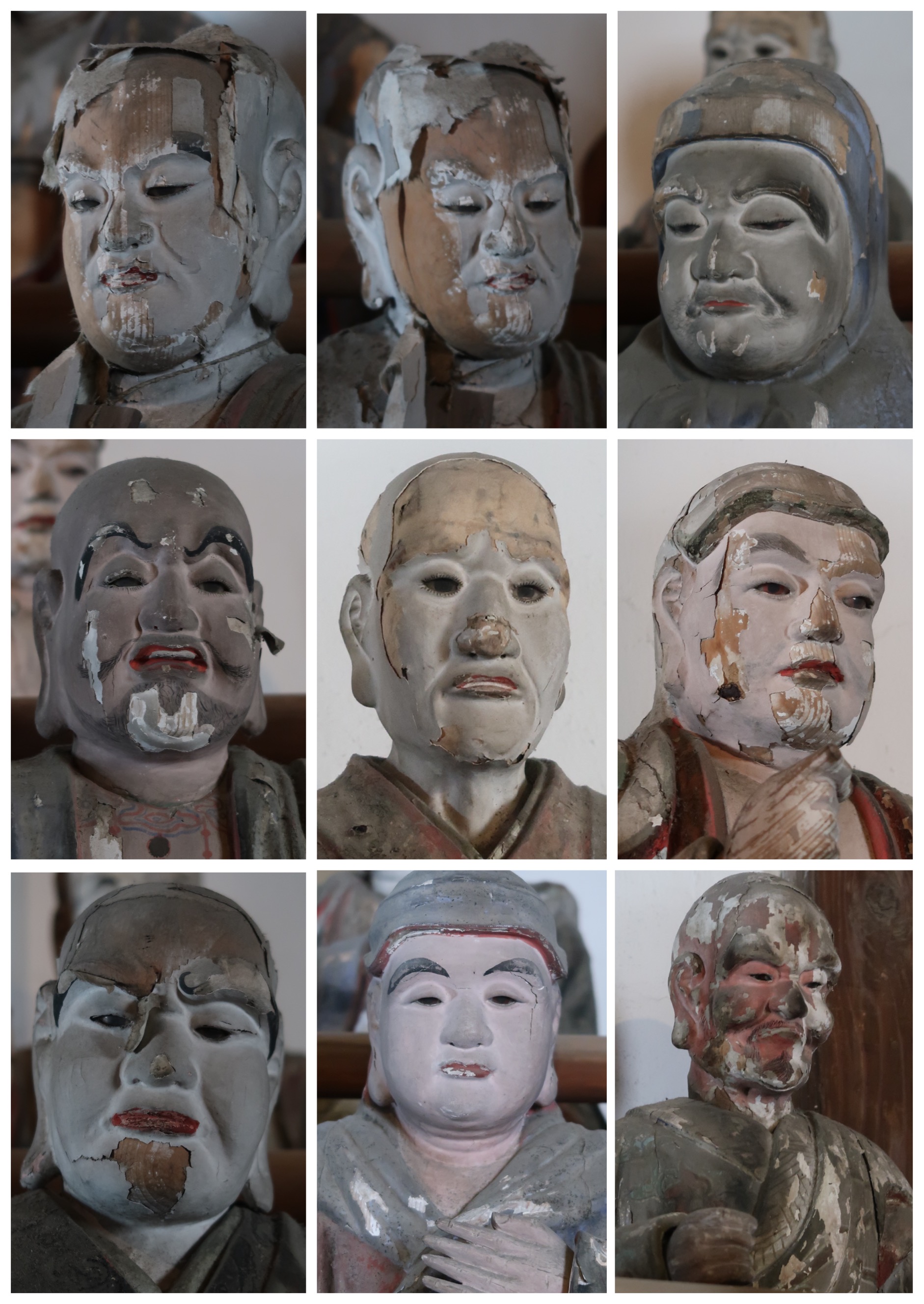 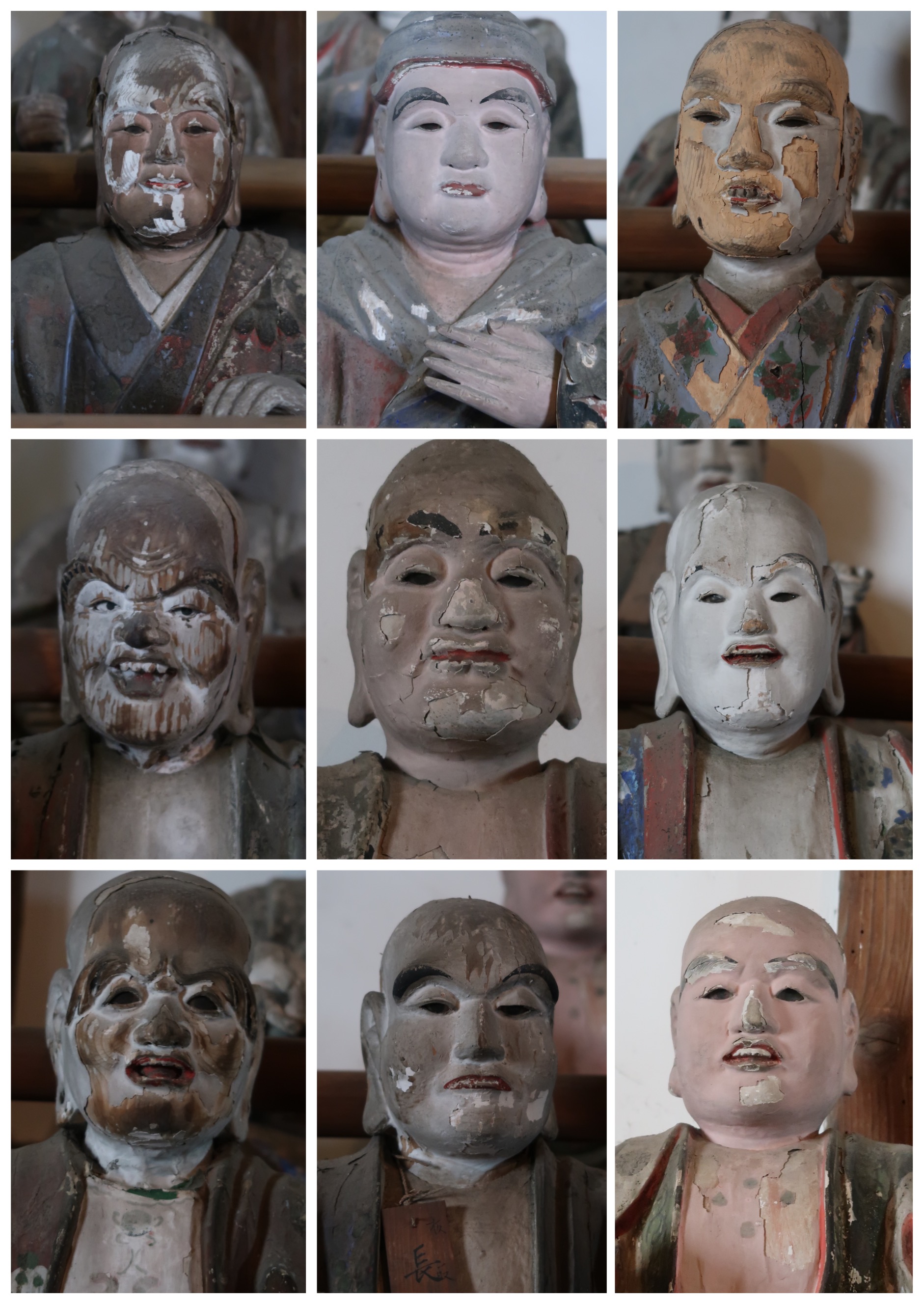 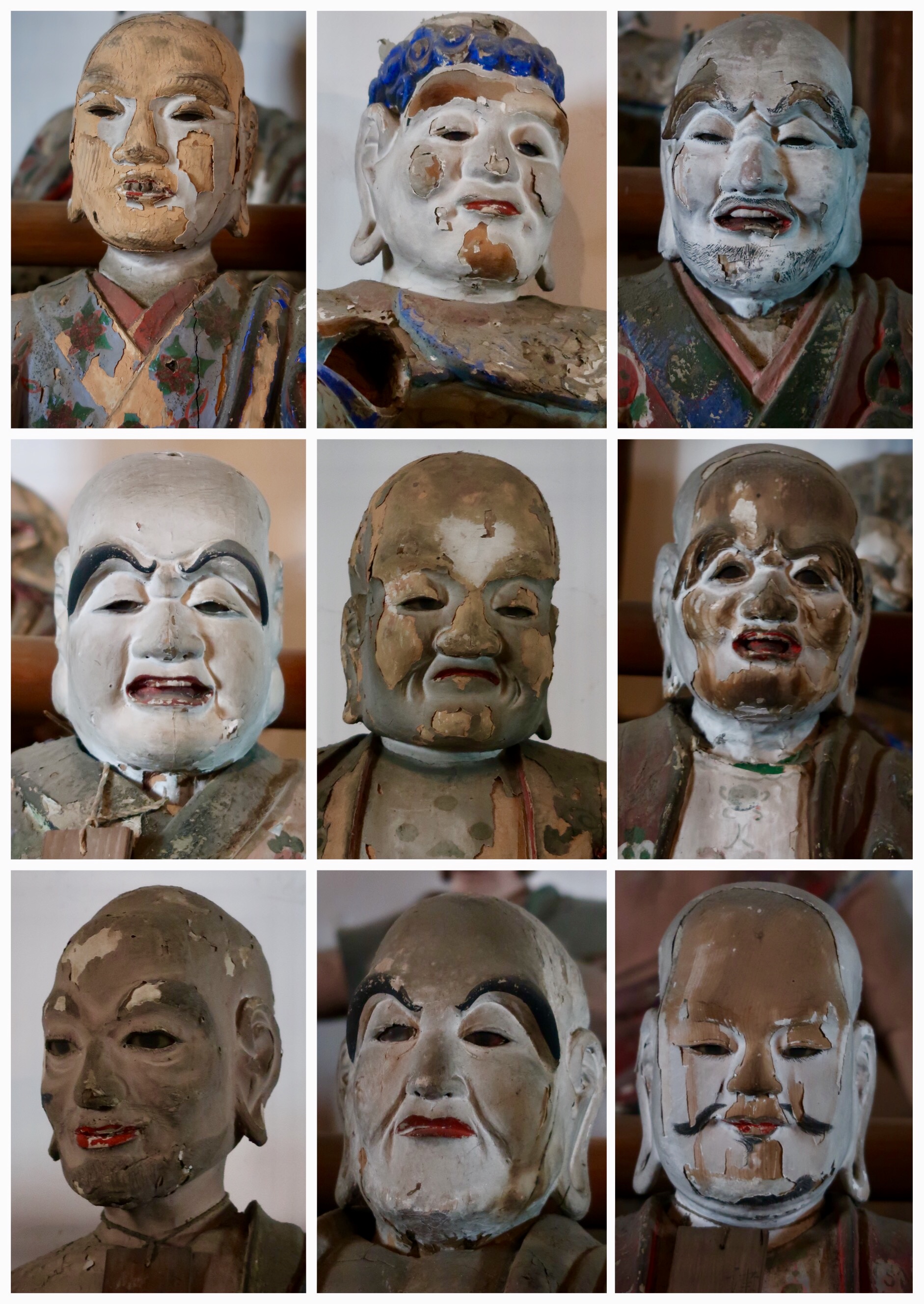 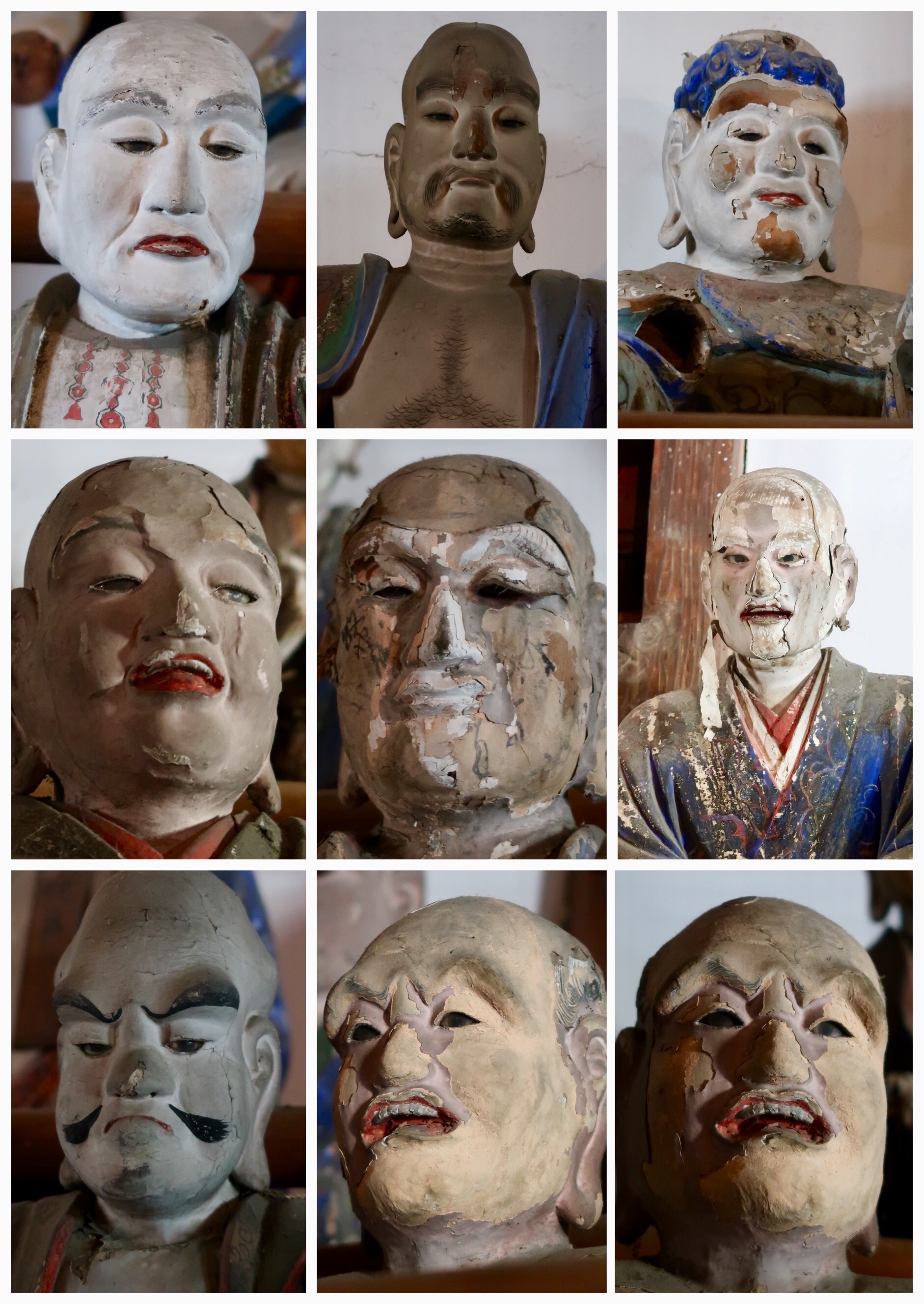 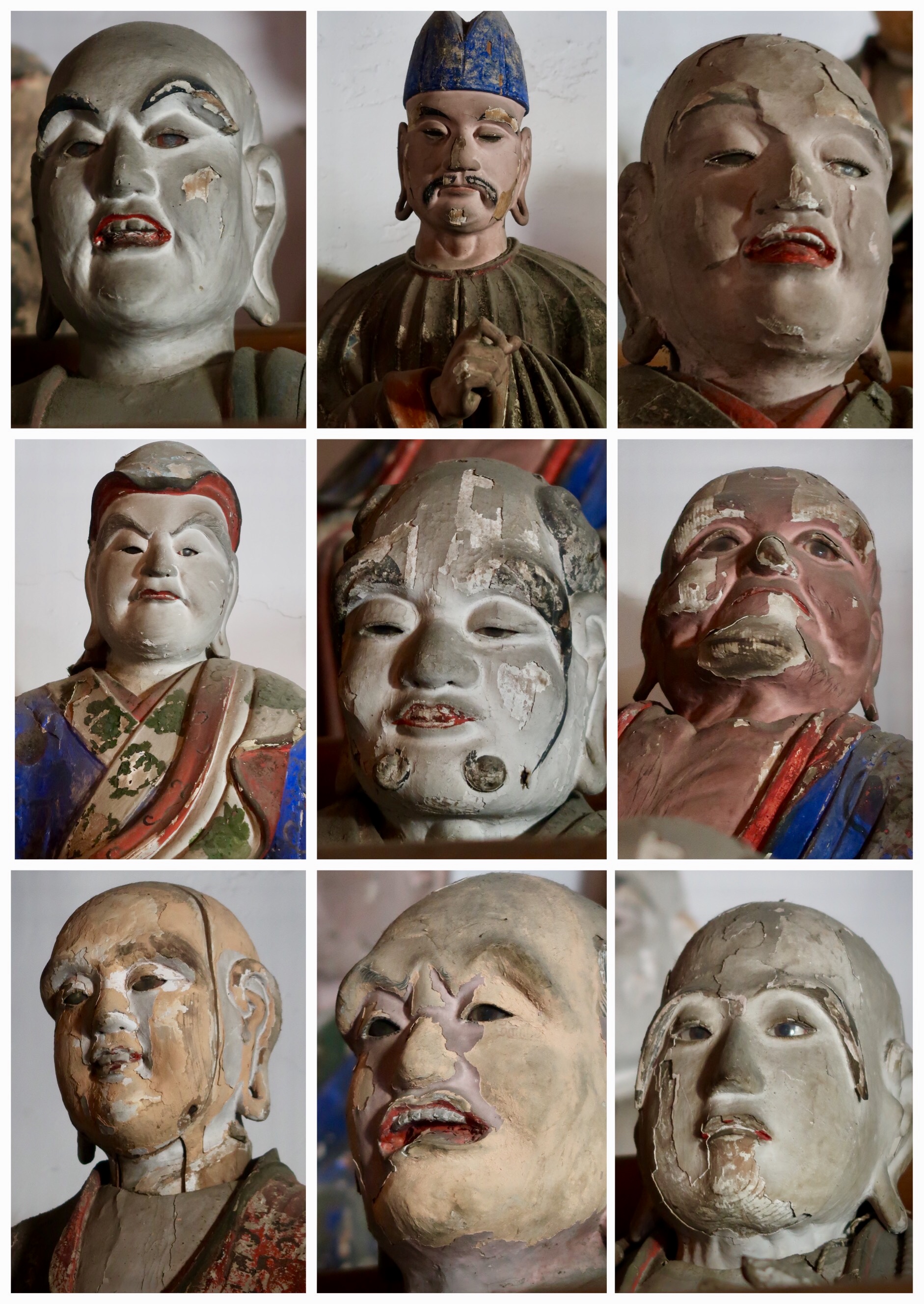 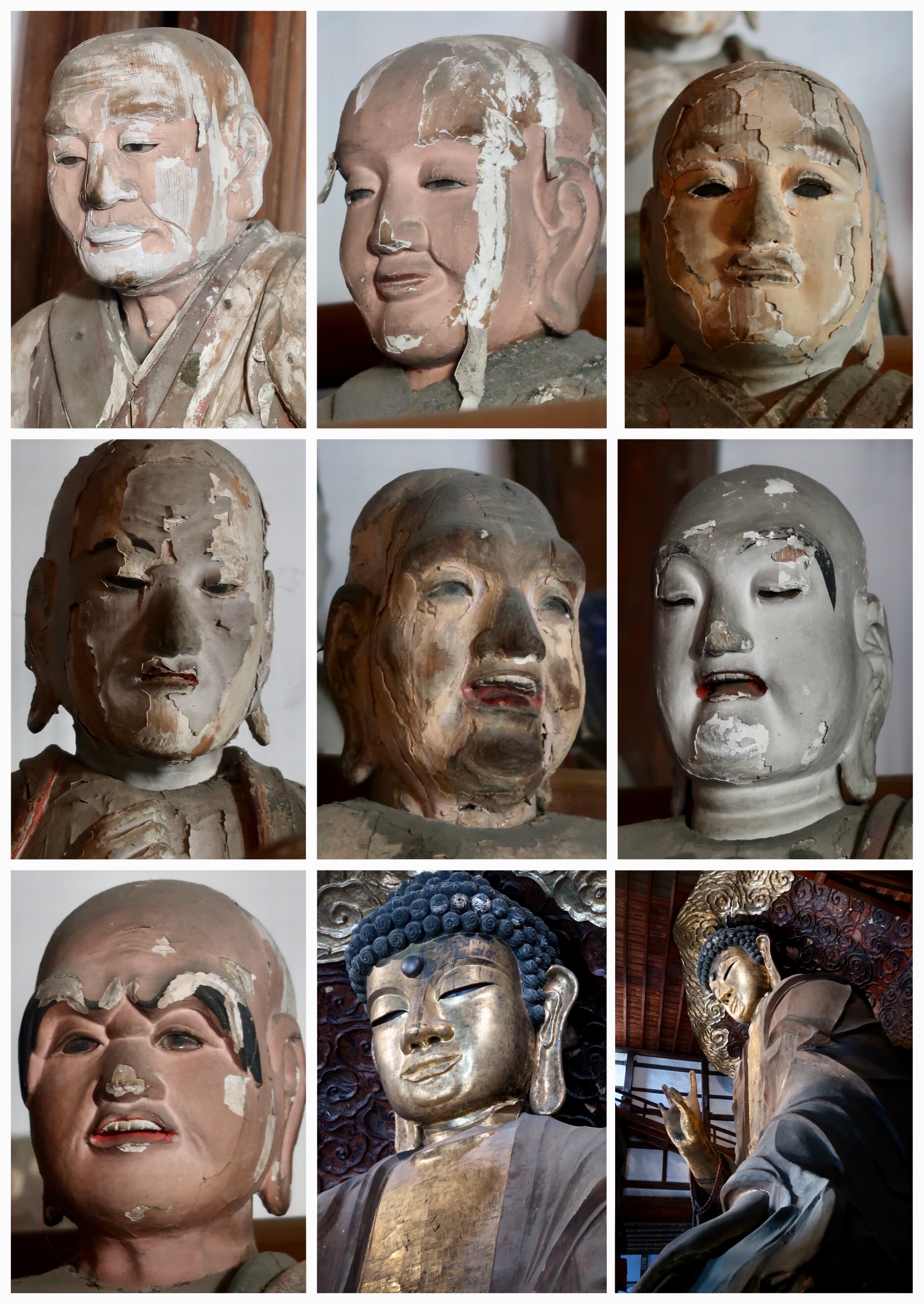 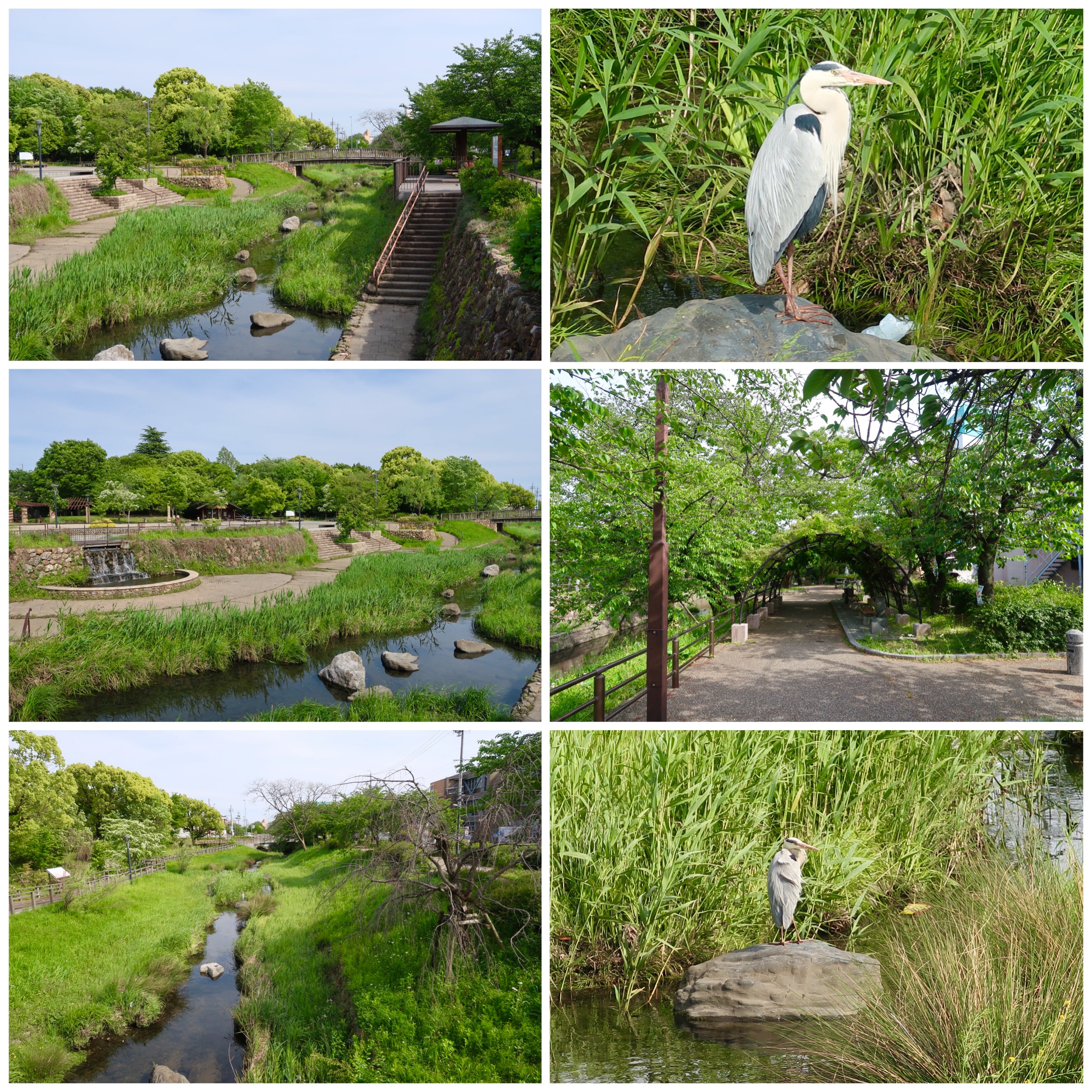 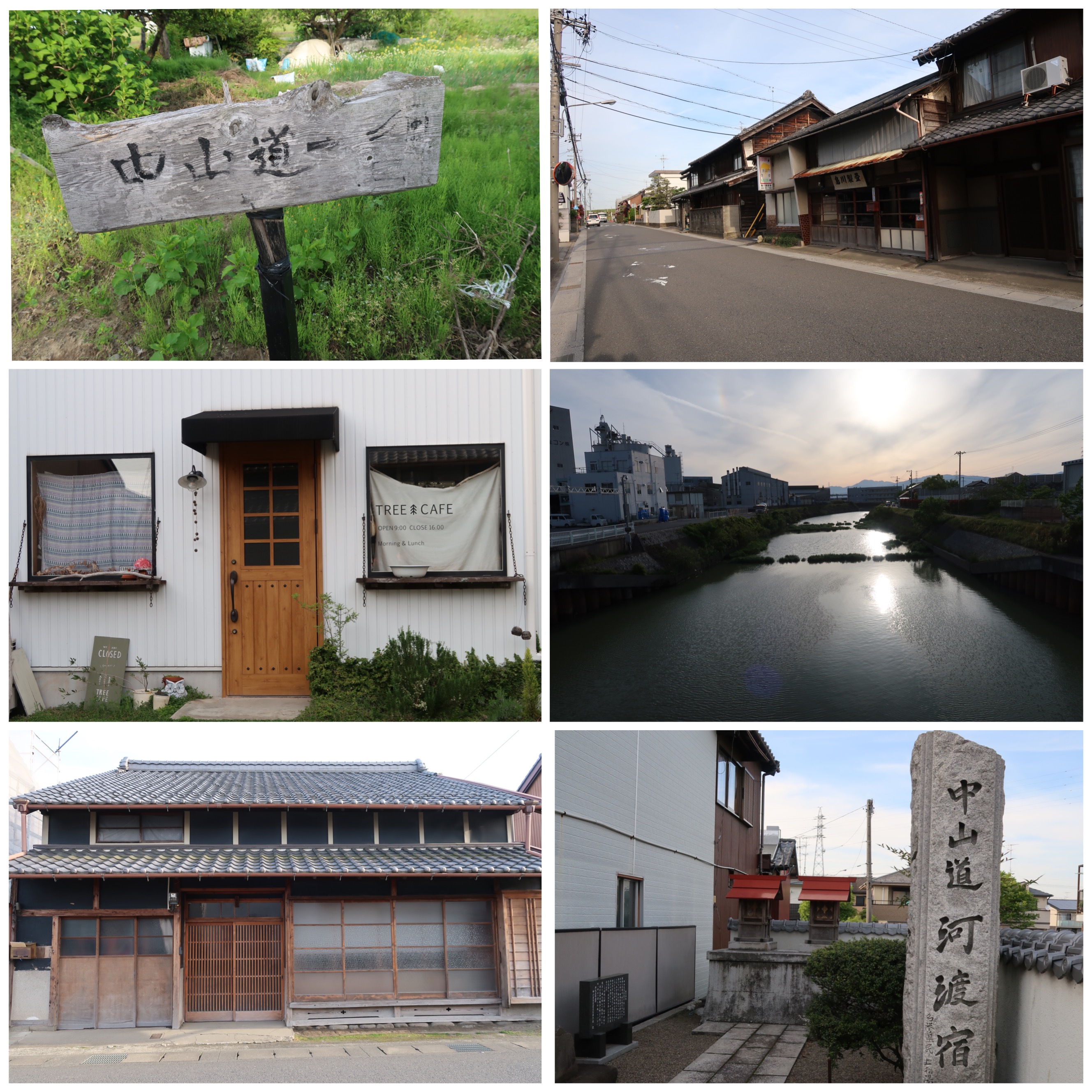 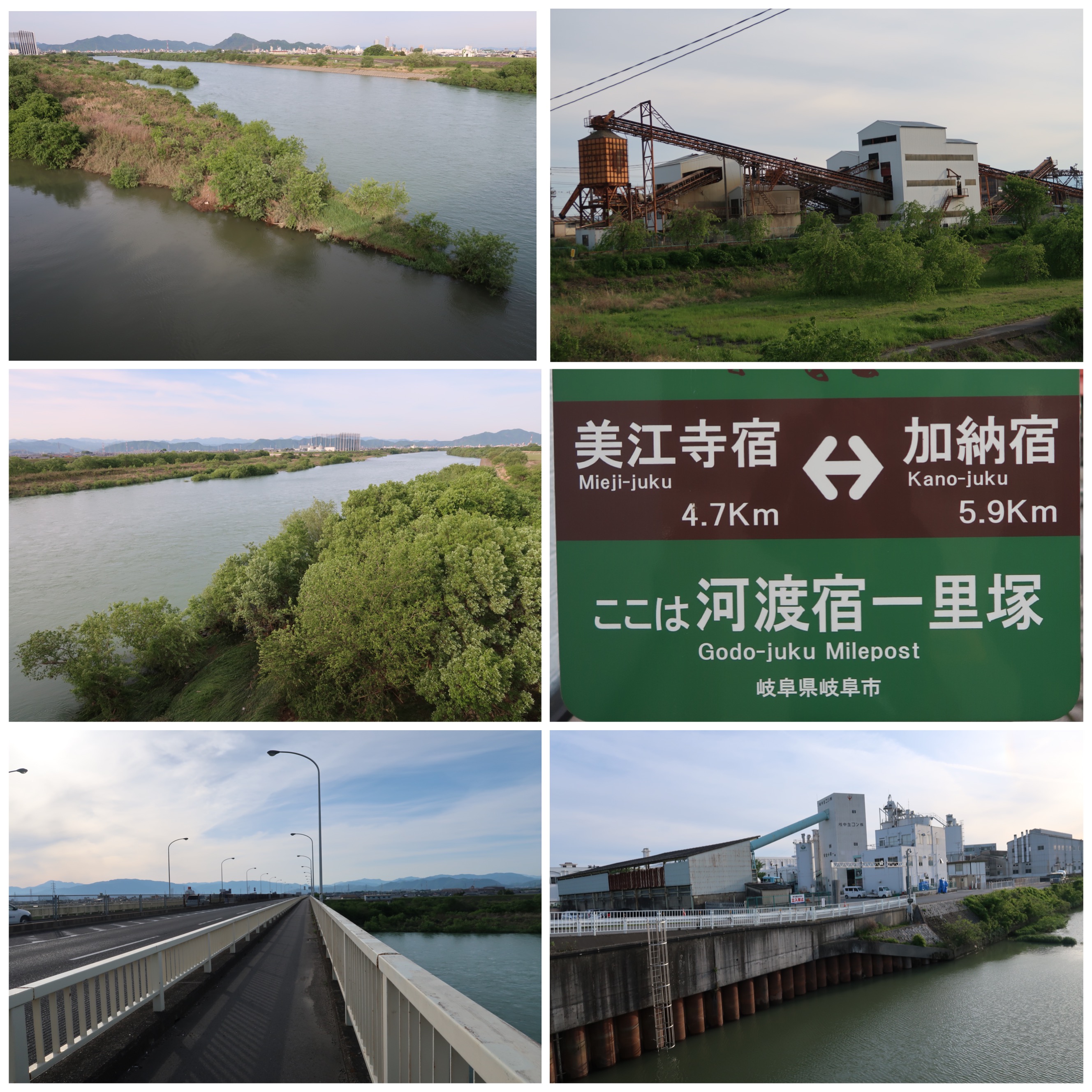 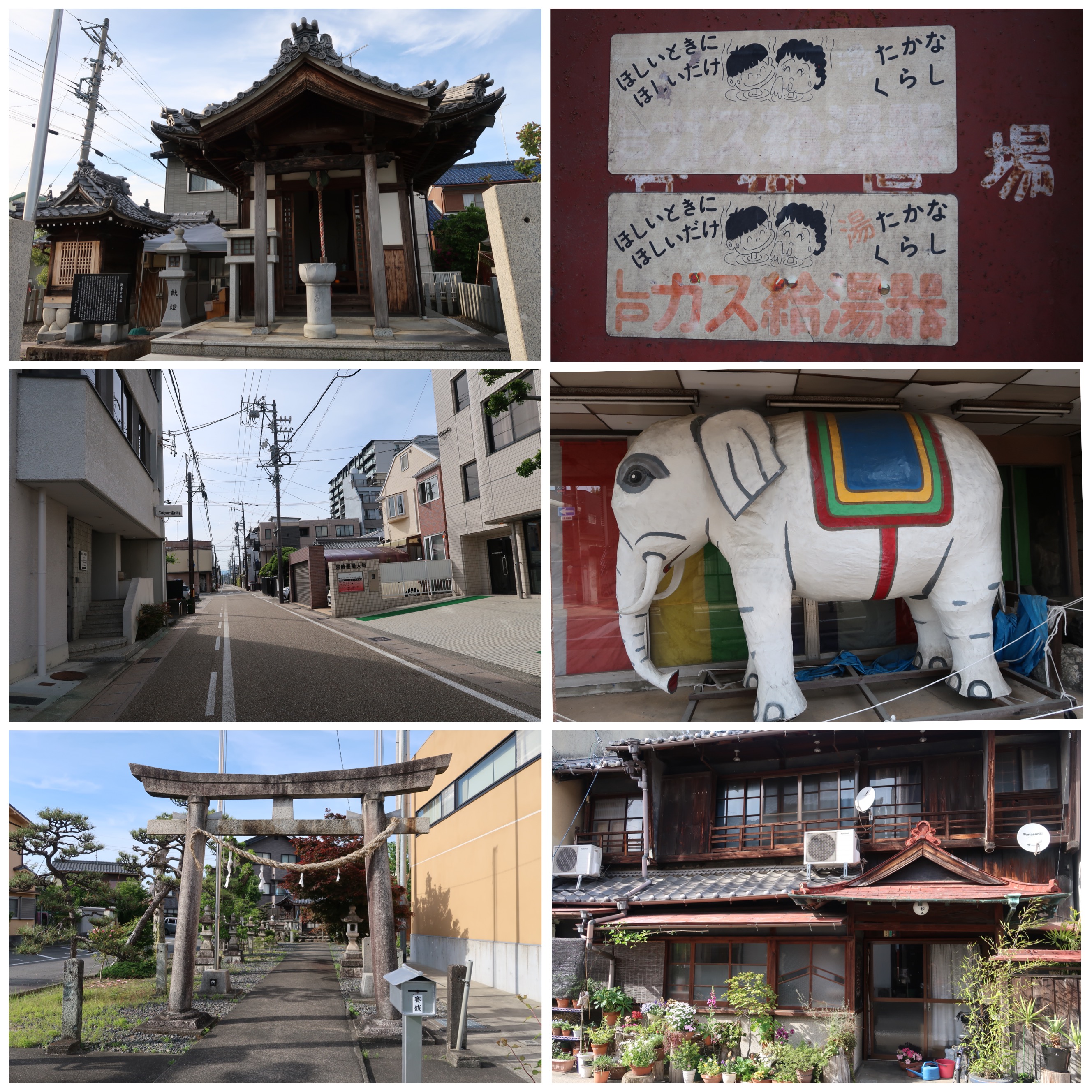 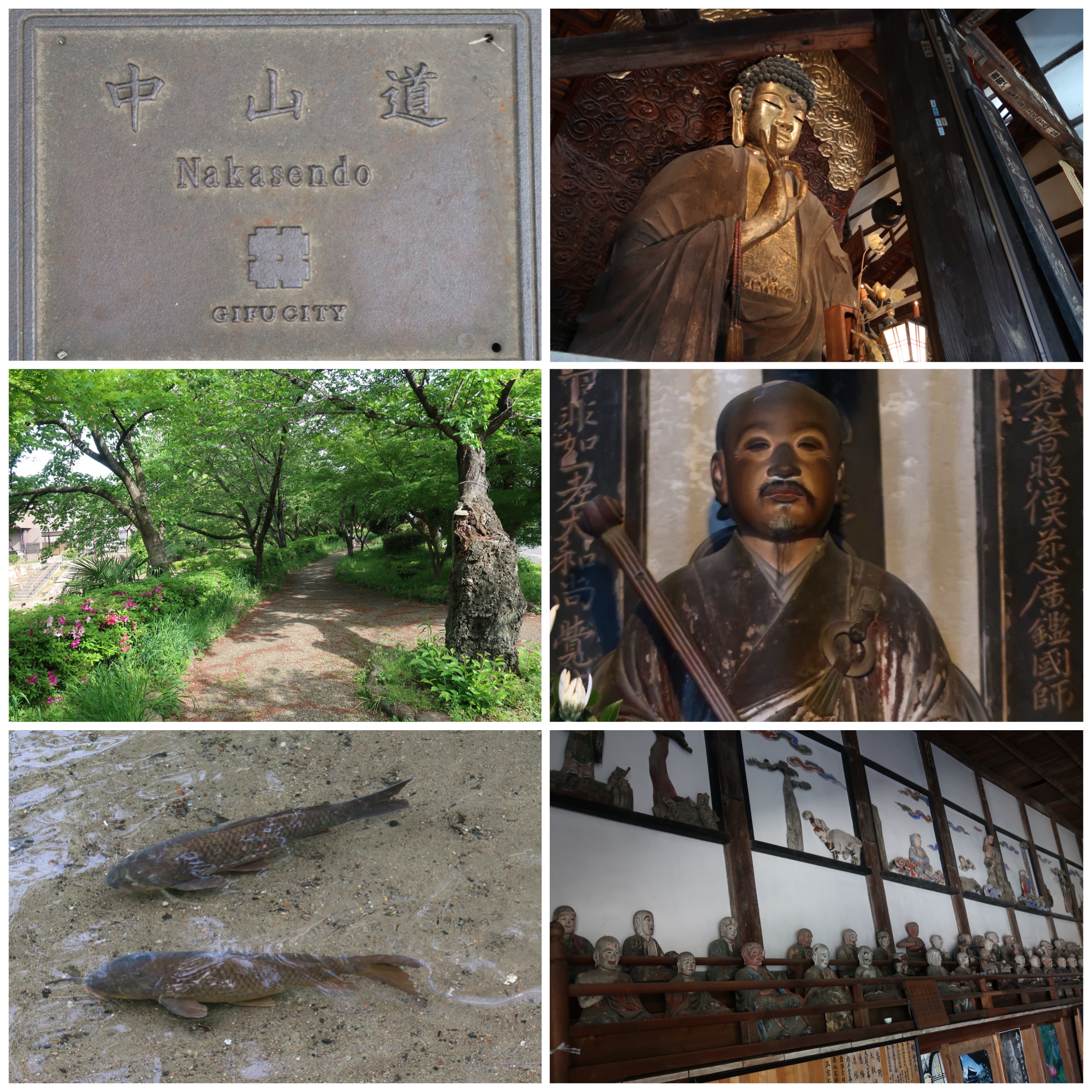 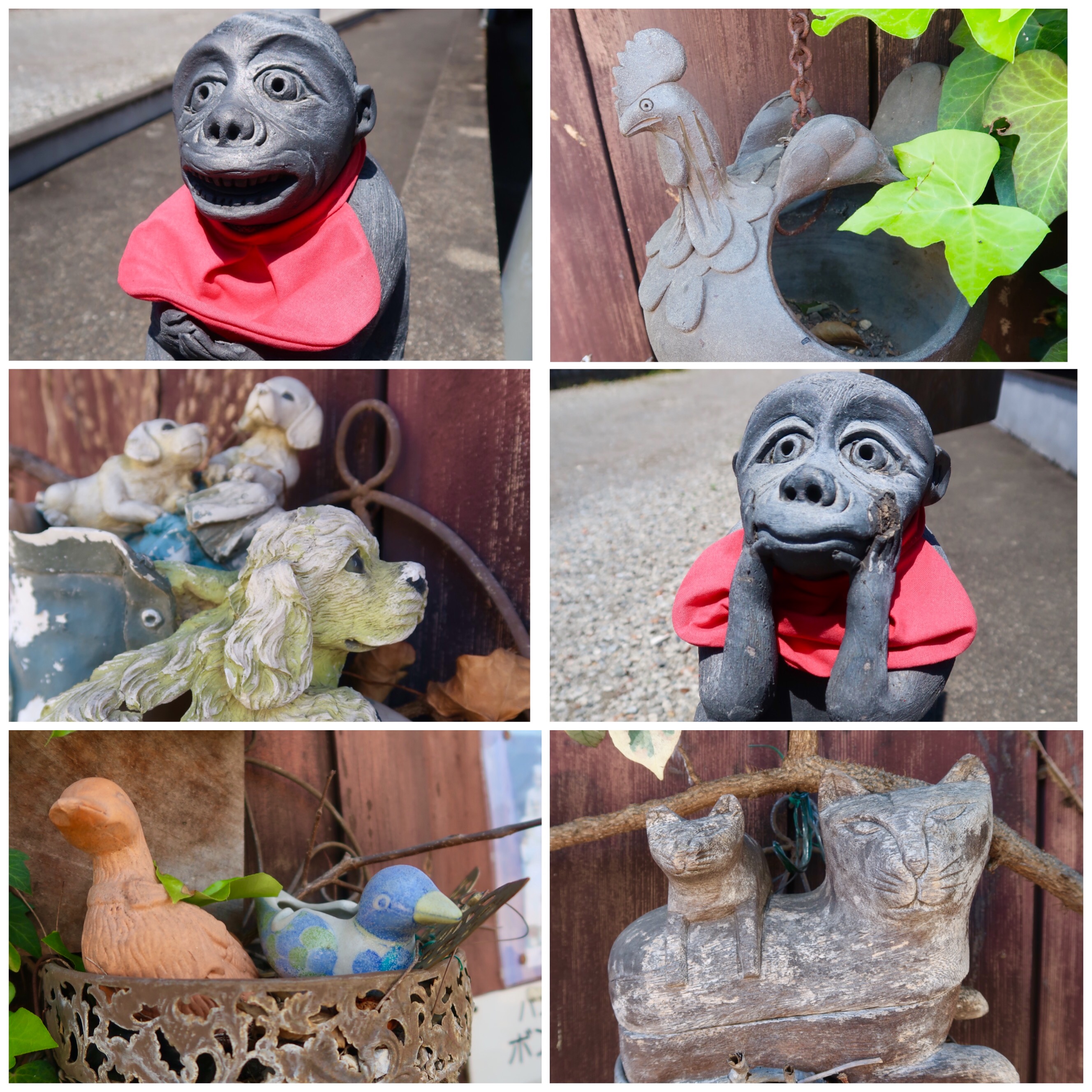 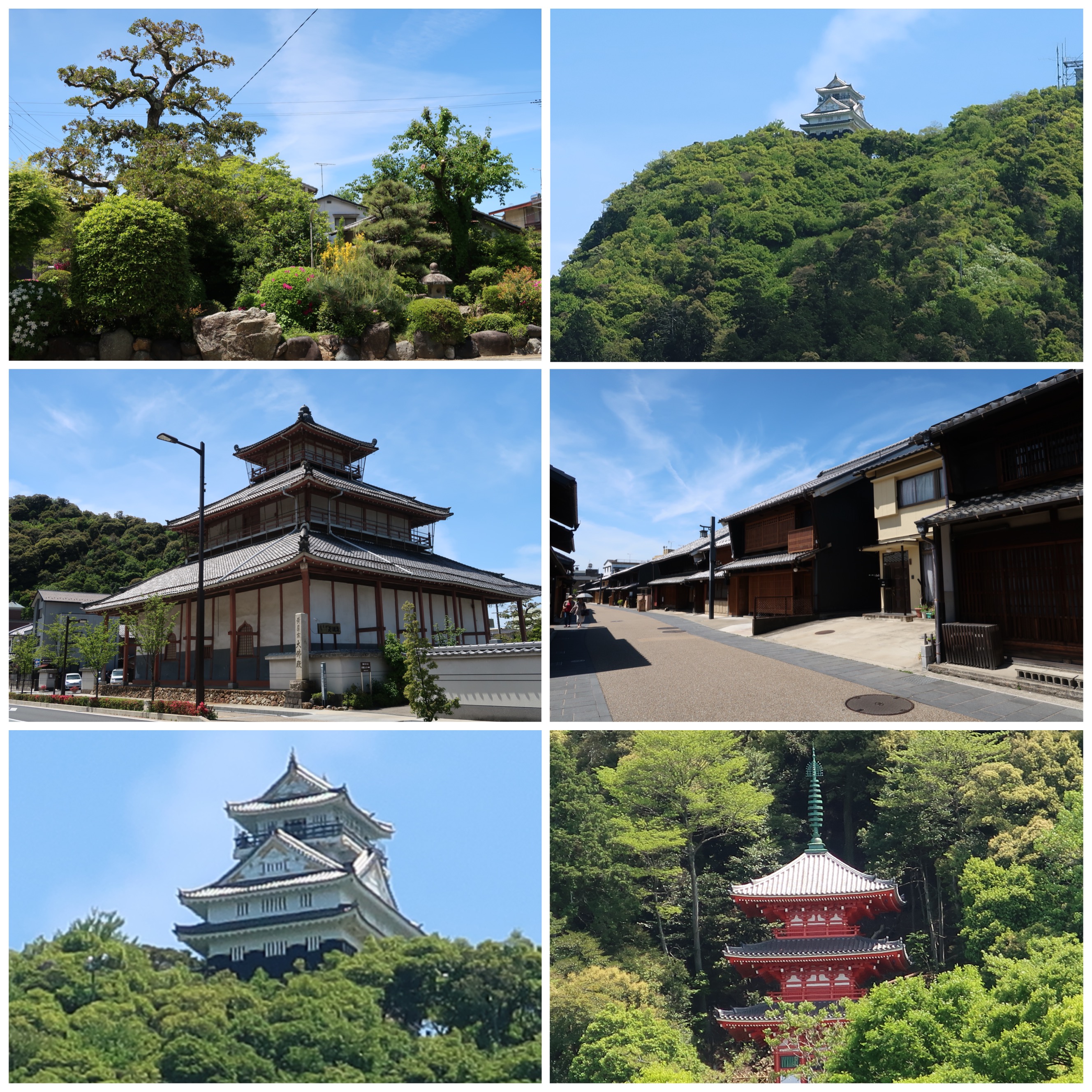 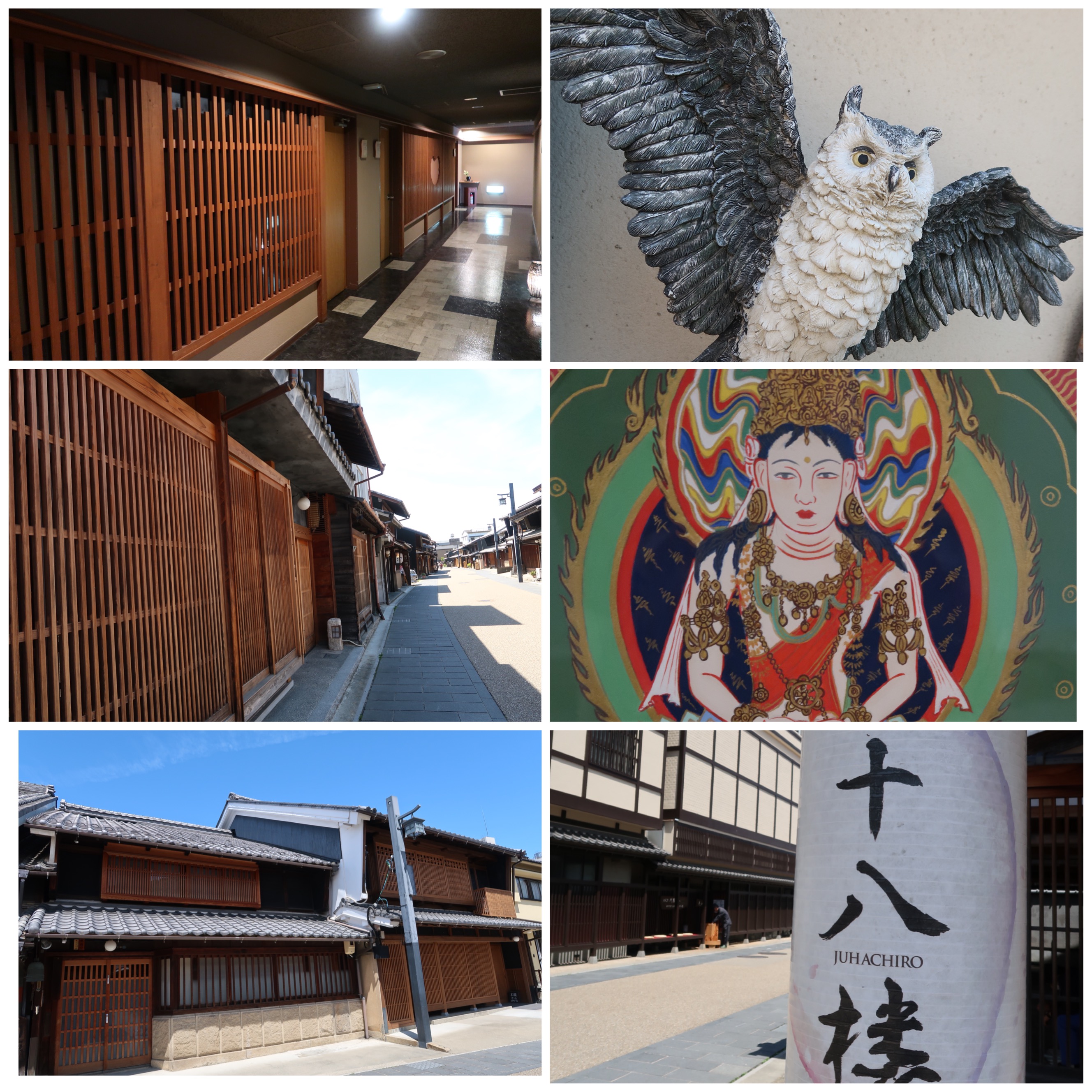 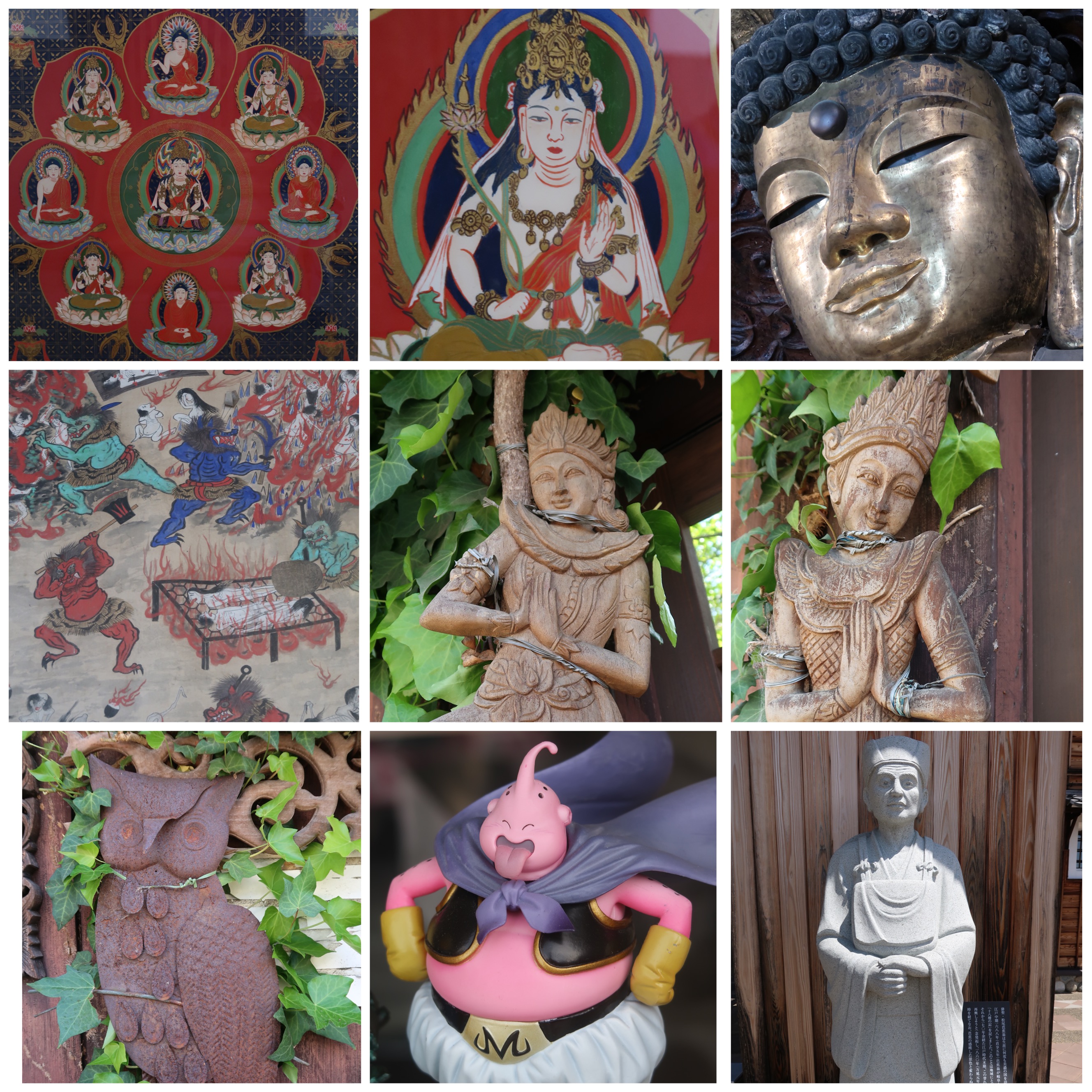 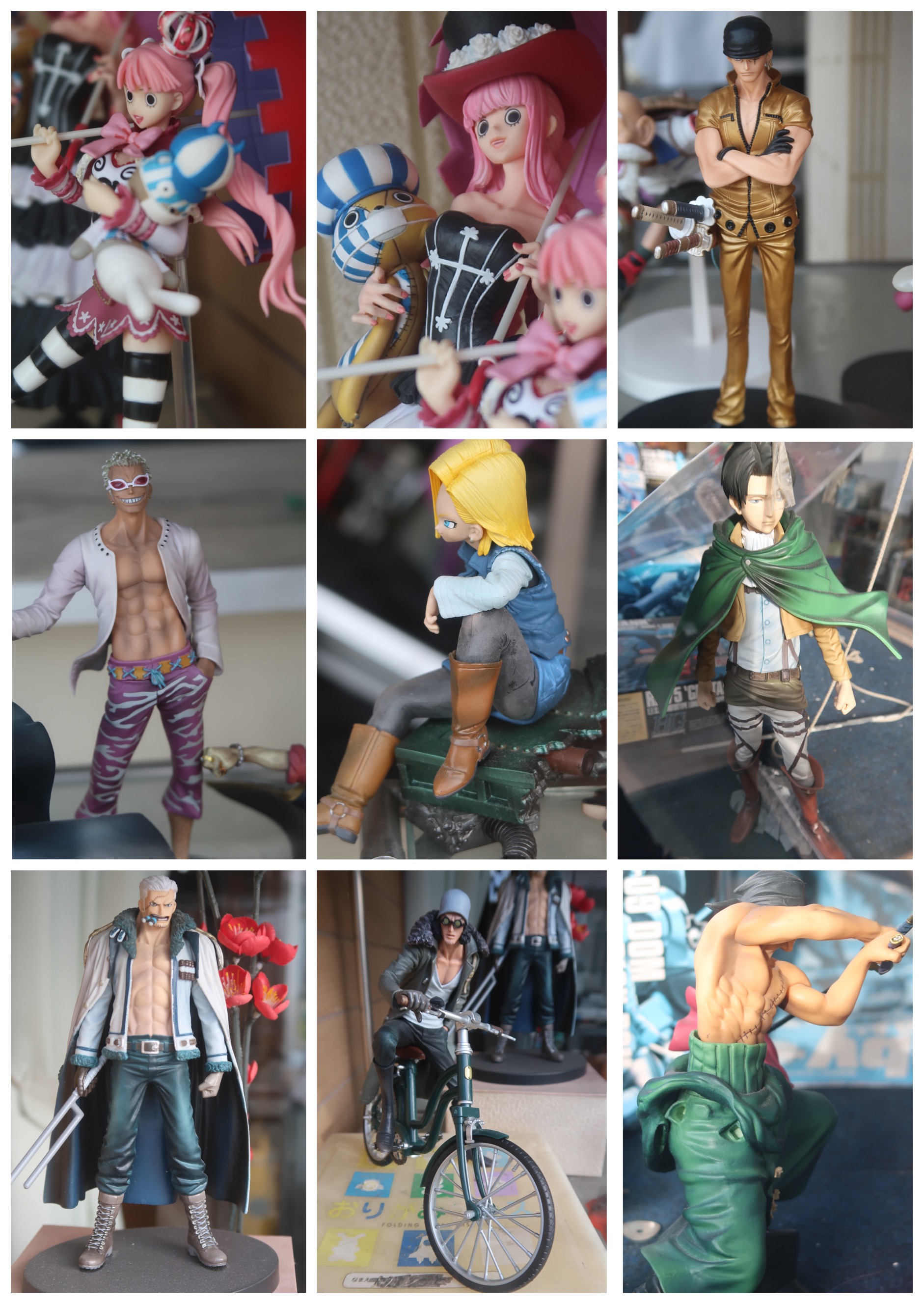 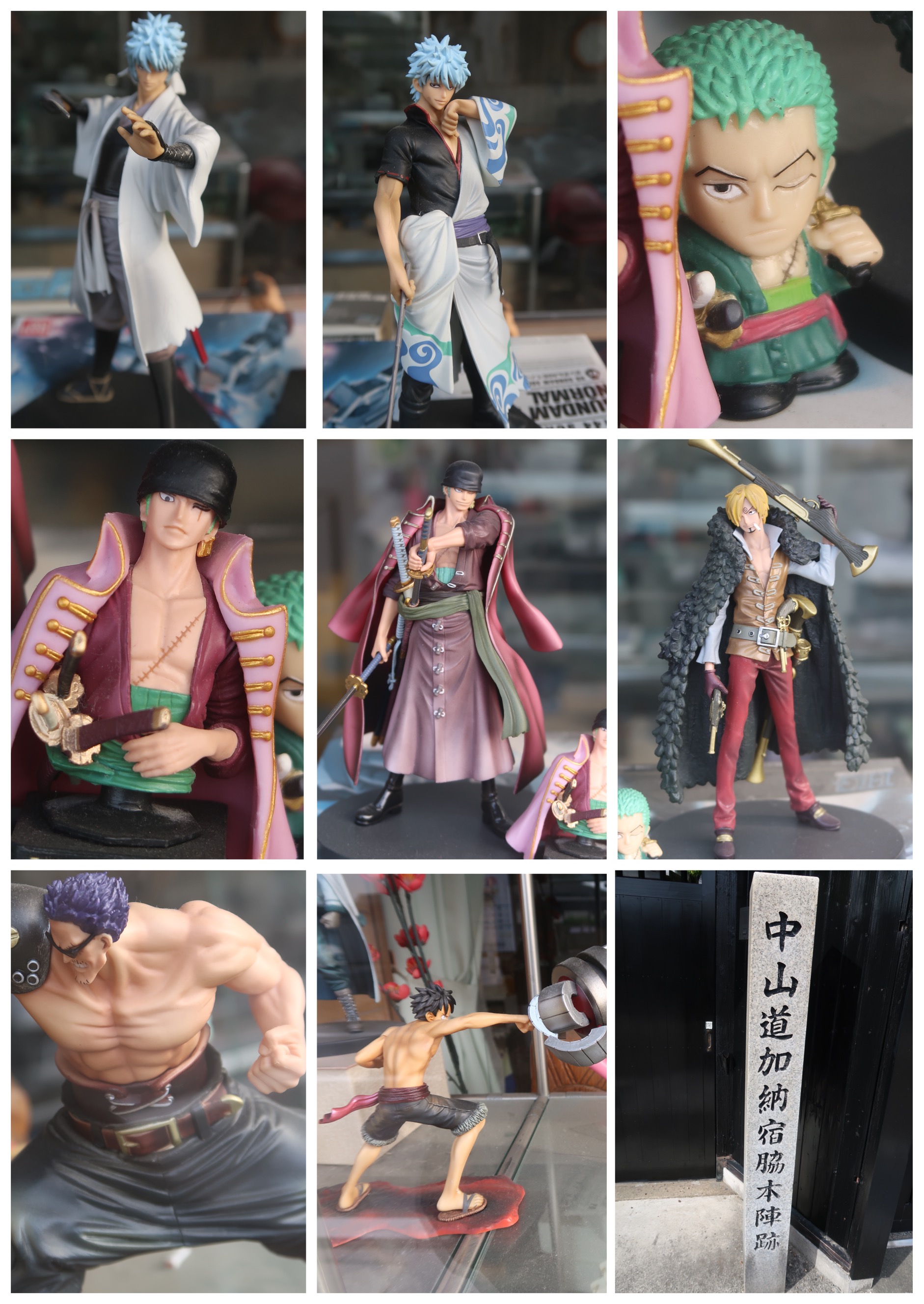 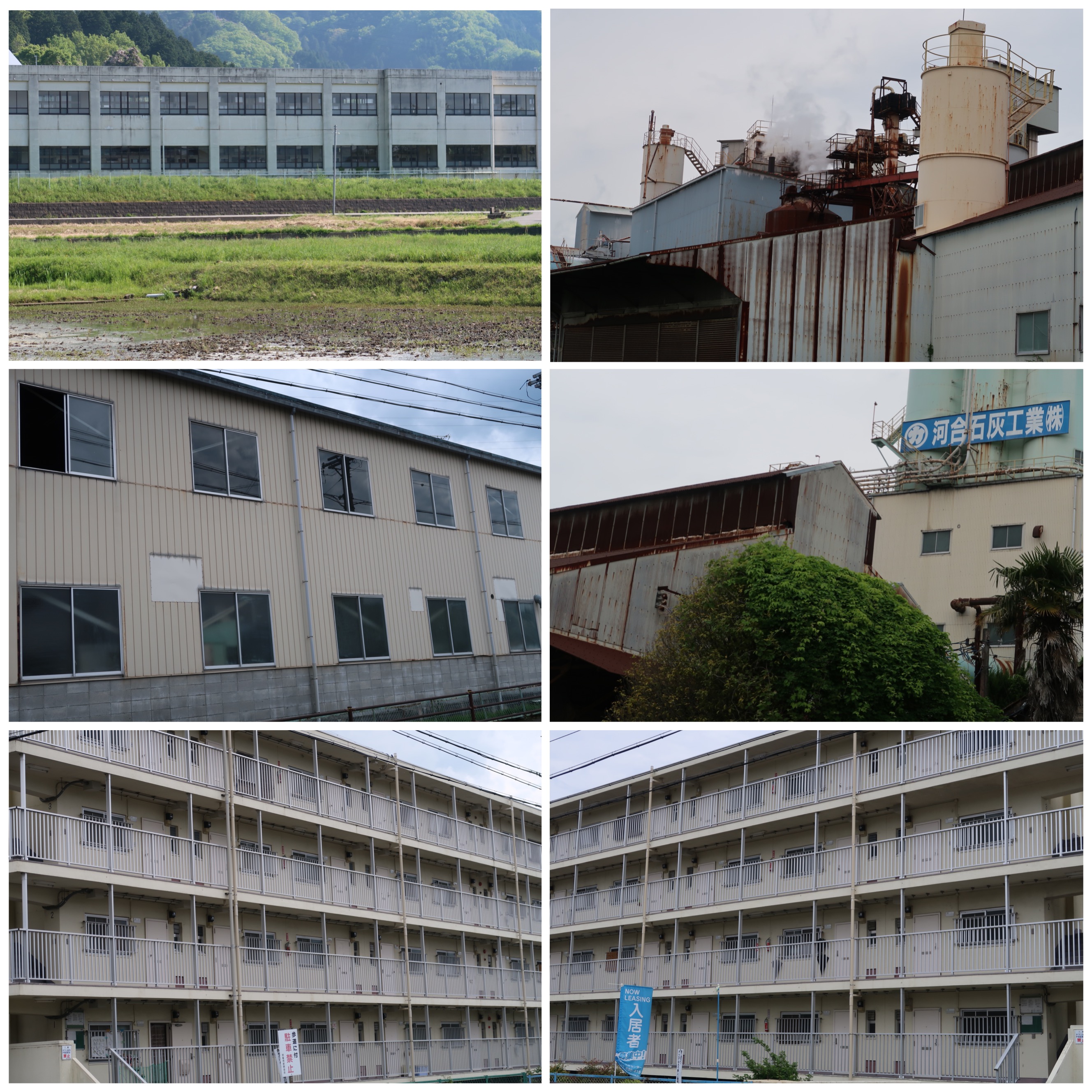 Day 26 – Walking The Nakasendō, Japan – The Golden Buddha of Gifu, and Have I Lost the Passion for Walking the Nakasendō?

Today we combined sightseeing with walking the Nakasendō.
In the morning, we had a lovely buffet breakfast and tried some local specialties.
My favorite was a salty soy milk soup with creamy tofu in it.
One of the foods I miss eating most, when I am not in Japan, is the fabulous selection of tofus available here that taste too good to be described.

Another dish that was lovely was baked sweet brown miso paste served on a leaf.
It was hot and superb, and they recommended that we put it on our rice.

After breakfast, we made some hotel bookings for the next few days, because my friend has just reminded me that Golden Week in Japan is coming soon.
Golden Week is the busiest traveling week in all of the year, when most hotels are fully booked.

The weather today was lovely, not too warm and not too sunny, and we walked along the most scenic part of town, the Kawaramachi cormorant fishing area by the Nagaragawa river.

The Gifu Castle is located so high up the mountain, that they have constructed a ropeway to take visitors up the mountain.
We did not go up, since we still wanted to leave some time to walk the Nakasendo, but we admired it from below.

Then we visited the Great Golden Buddha of Gifu, housed inside Shoubouj Temple.
It is called Gifu Shoubouj Daibutsu.

The Kinpouzan Shoubouj temple is associated with the Ohbakusan Manpukuji temple in Uji city, near Kyoto.

A temple priest by the name of Ichyuu decided to erect a 14 meter tall image of Shaka Nyorai Buddha, in the hope of assisting the people in the prevention of famine and earthquakes.

The central wooden pillar of the Buddha, which is nearly 2 meters wide, is made of the wood of the Ginko tree.
The frame of the body around the pillar is made of wood and bamboo, all knitted together.
Then a layer of clay was applied to the frame.
When the clay was hardened, it was covered with many layers of Buddhist scriptures called sutras.
Then the sutras were covered in lacquer and gold leaf.

The collecting of the Buddhist sutras was a very important part of the process of creating this Buddha.
Since Ichyuu did not have many students or disciples, he went by himself on many foot pilgrimages, to collect sutras written by people from all over Japan.

Although Ichyuu spent more than 25 years working on this Buddha, he did not live to see its completion.
He passed away in 1815.
His successor, priest Kohshuu, completed the great Buddha 13 years later.

After sitting awhile in the Starbucks at the Gifu station, we retraced our steps and walked the Nakasendo from the post town of Kanō-juku to Gōdo-juku.

Nothing of the old post towns remains in this area.
In fact, it was a bit depressing walking in this part of town.
It is now the lower rent district, with shabby houses or newly prefab manufactured low cost houses with little aesthetics and no gardens.

I felt sad for most of the walk.
Jules asked me if I had lost interest in walking the Nakasendo.

I told him that I was feeling similar to the way I felt when we left Nihonbashi in Tokyo and started this pilgrimage.
We walked for days through an urban stretch, and most of it was depressing.
But later on the Nakasendo passed though beautiful sections with lovely old towns, waterfalls, forests, gorges and rivers, and I have enjoyed the journey so much.

Yes, I do not like walking on boring sections in big cities when I know that there are better parts of town with lovely shops to look at, old and historic areas that are much older than the Nakasendo, yet now we are following a road that passes by the least attractive parts of the towns we are walking through.

If I had come to Gifu city and had not seen the quiet castle area with its museums, the beautiful Gifu park and the river with the fishermen’s boats, the Kawaramachi with its historic houses and the golden Buddha (none of them by the Nakasendo), I would have thought Gifu is a bit of a dump.

We continued walking, passing by neighborhoods with nothing to indicate the old Nakasendo but a rare sign showing the distance to the next post town.

The very few kids that I saw playing in their houses, looked very surprised to see foreigners walking in their part of town.
I had the feeling they had no idea that they live on a historic road.

The houses we live in, the offices we spend our hours working in, all have effects on us.
In the last few days as we were walking the ugly urban sprawls, I was thinking about this a lot.

Then we passed by more concrete block buildings that really did look like prisons, but they turned out to be factories.

Then we passed by more ugly concrete block buildings that look like prisons, and they turned out to be hospitals and nursing homes for the elderly.

There was nothing to photograph in the post towns we saw today.
By the end of the day, we veered toward the train station and walked on a small but very busy and noisy road until we reached the train station where we returned to spend the night in our lovely hotel by the river.

I hope tomorrow will be a more interesting walk.
I felt sad today just walking by run down houses, huge ugly factories and closed shops.
The only thing that is always open and look good, are hair and pet salons.
They say you can tell a lot about the culture by their fascinations.
No doubt the Japanese pay much attention to their hair…and to their pets…

With warm smiles,
Tali and Jules

Accommodation: Hotel Juhachiro in Kawaramachi, by the Cormorant Fishing on the Nagara River, and near the Gifu Castle.
It has traditional Japanese style rooms with private toilets and showers, as well as a great selection of indoor and outdoor hot spring baths.
It also serves a good buffet breakfast.