Day 9 – Walking The Nakasendō, Japan – A rest day in Karuizawa, and The Christ Consciousness in Ancient Japan 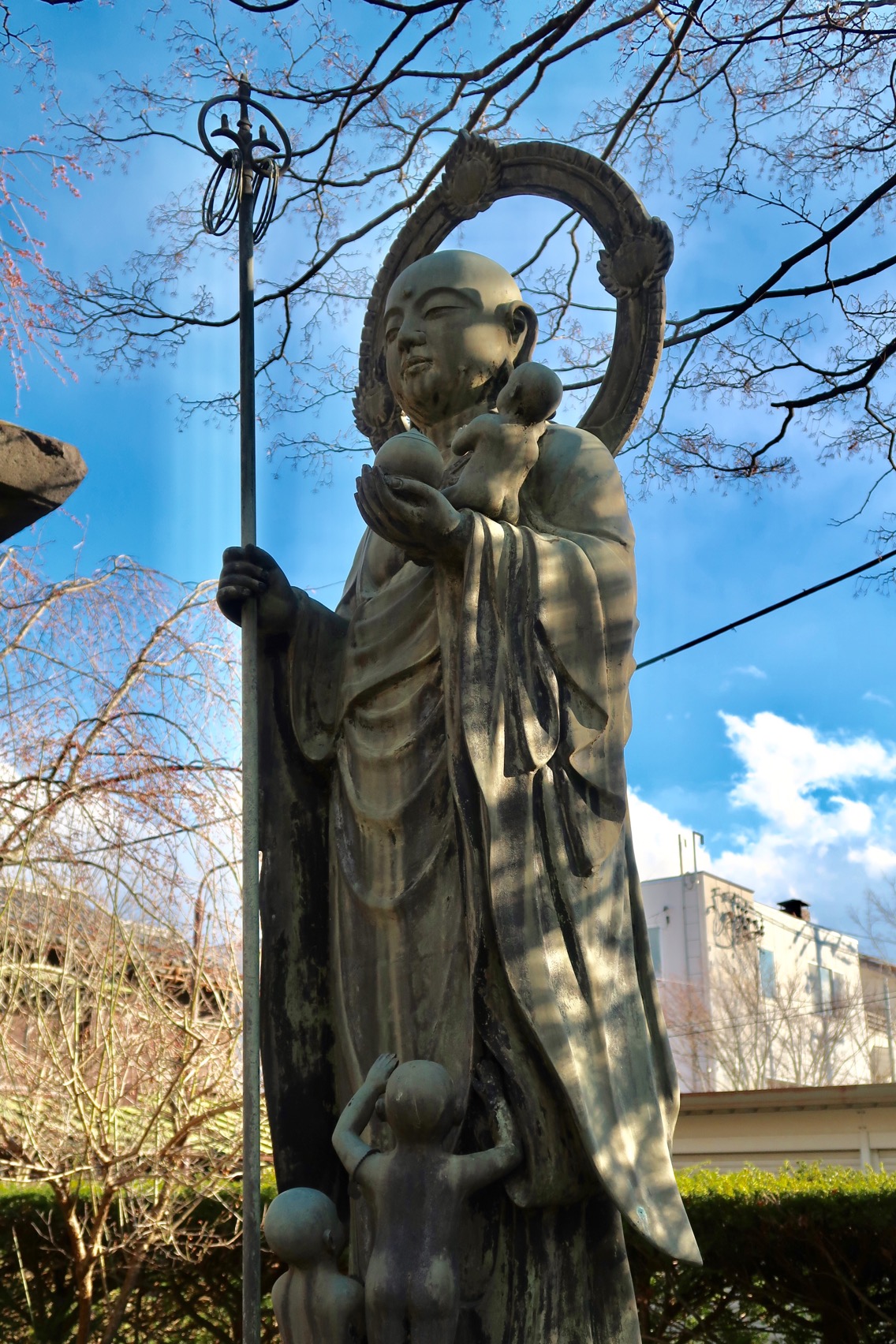 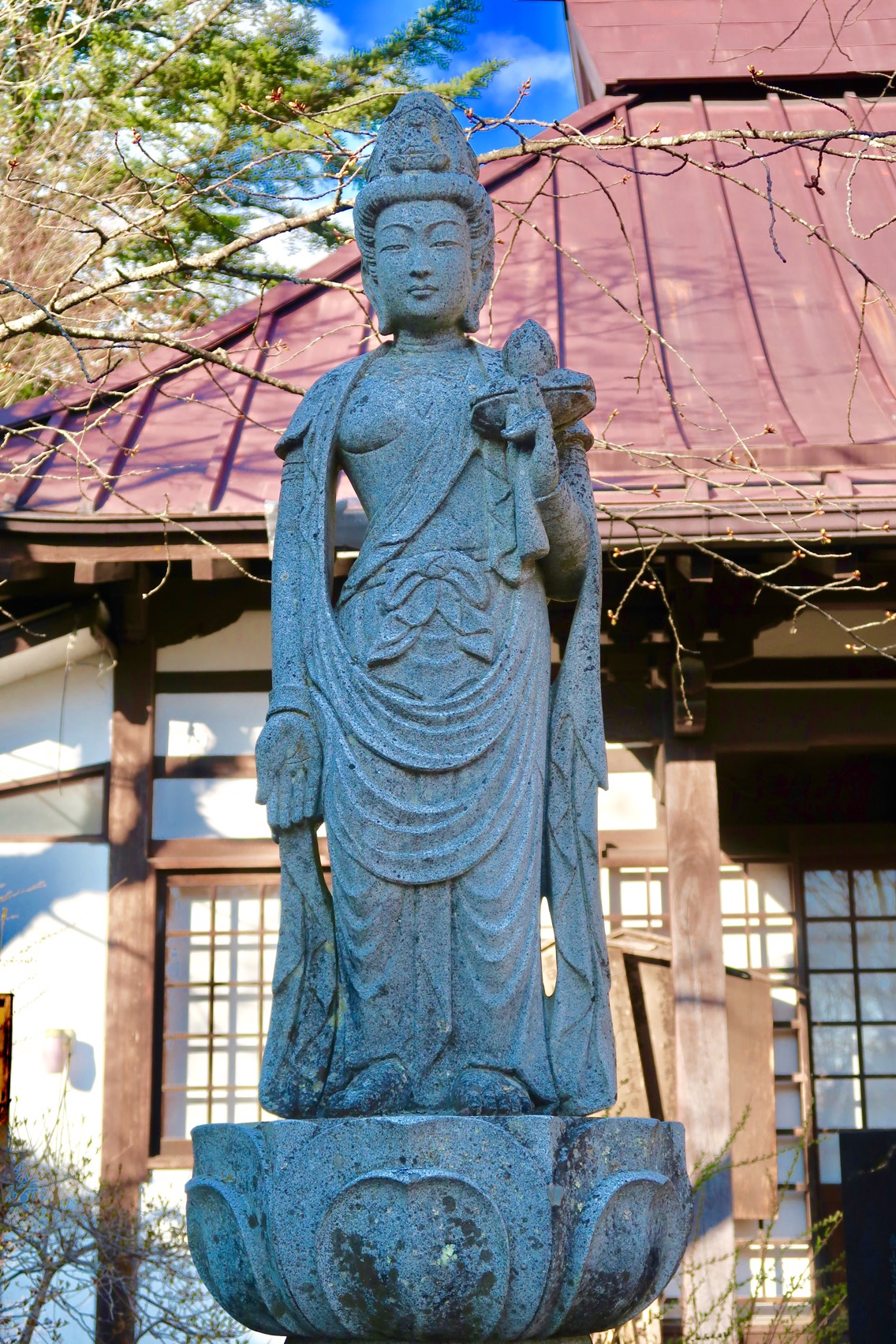 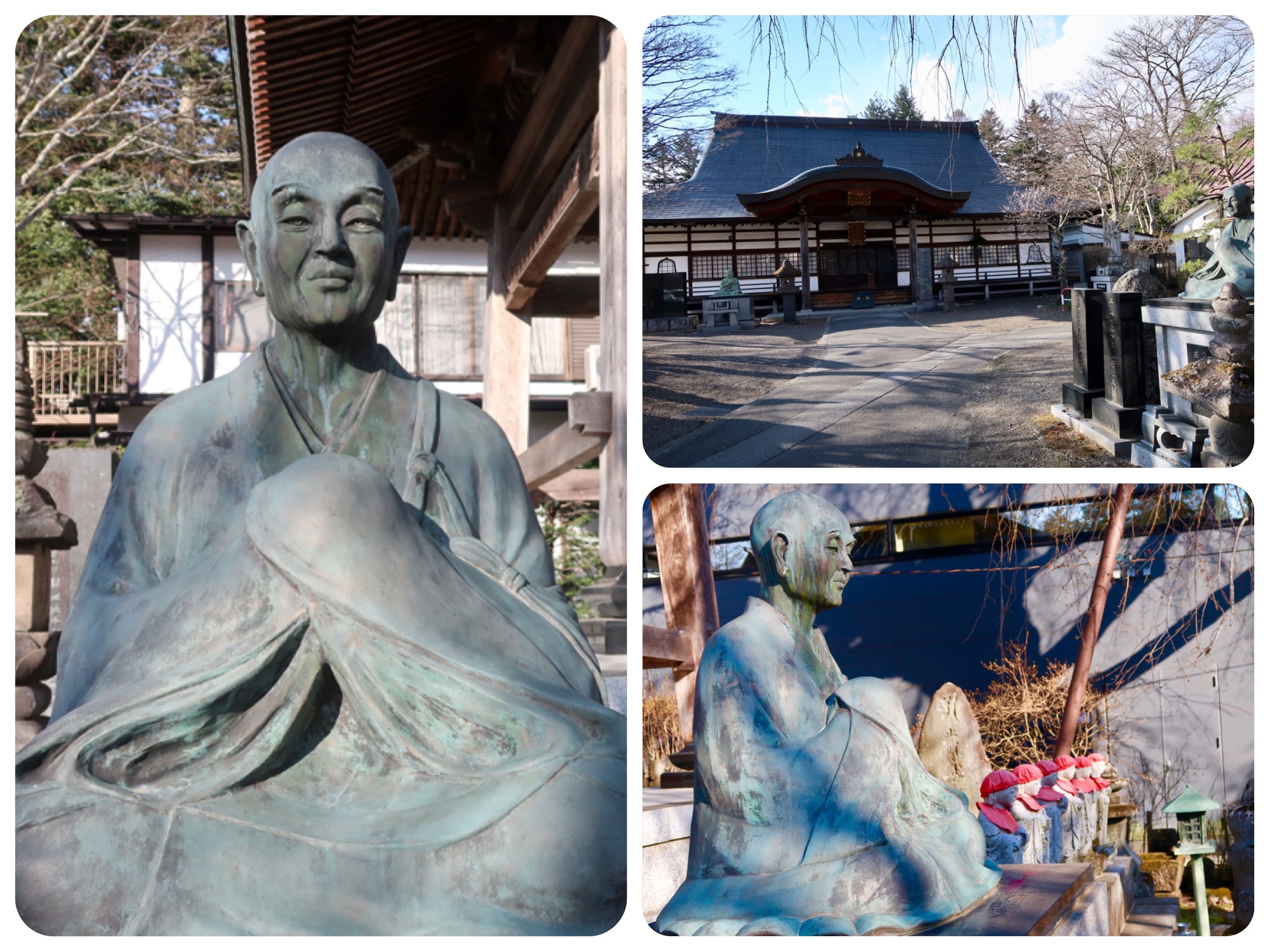 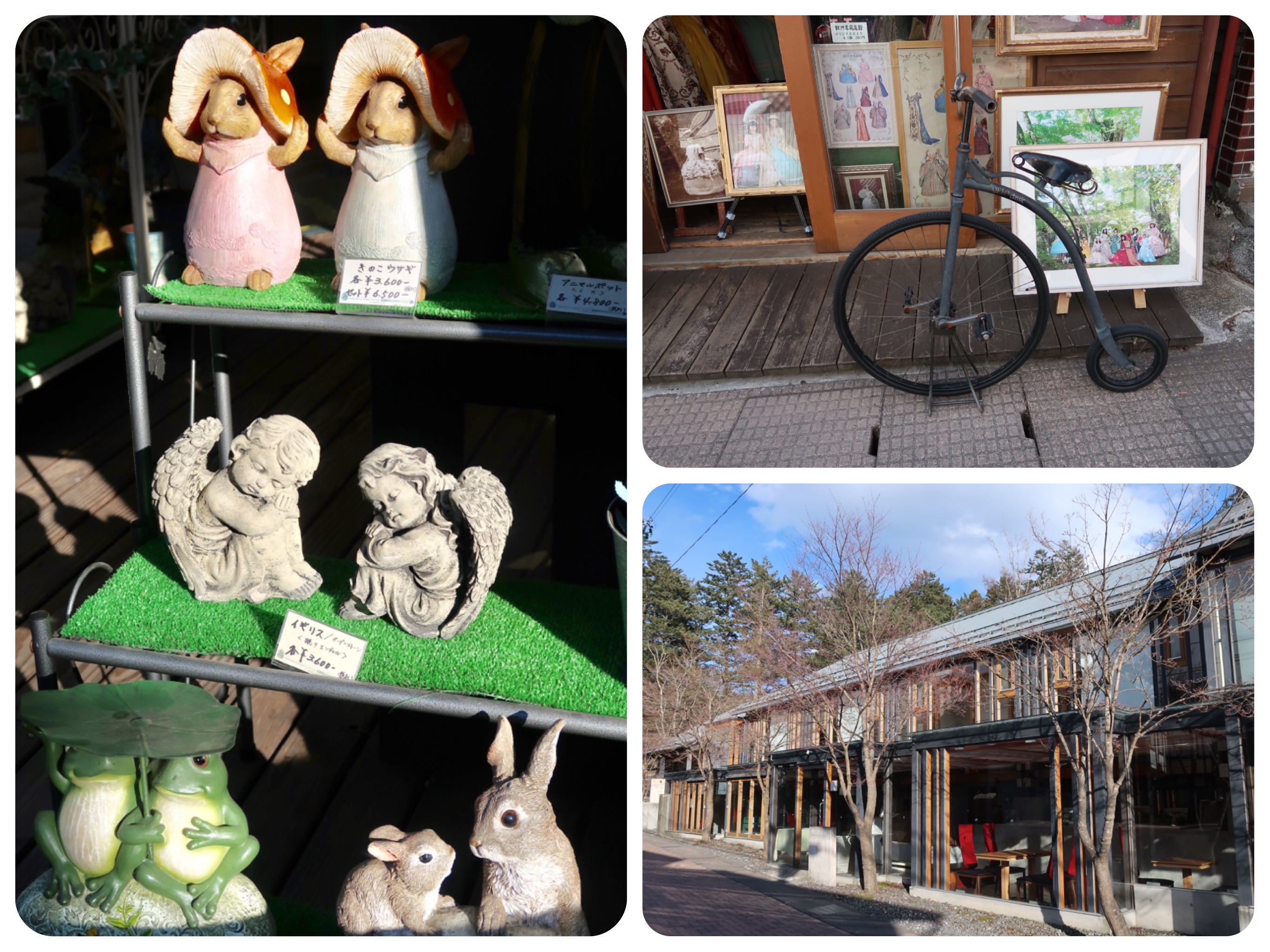 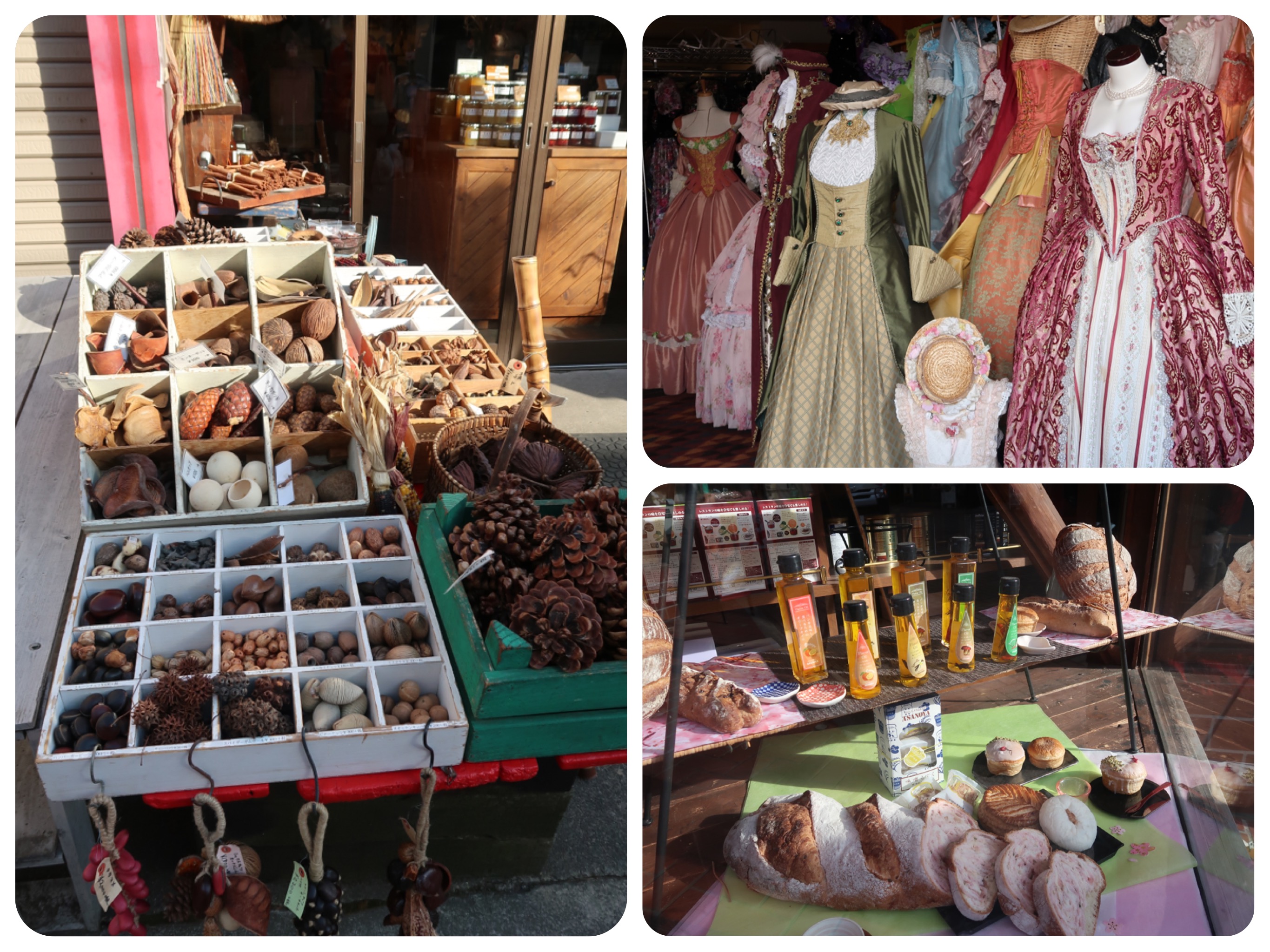 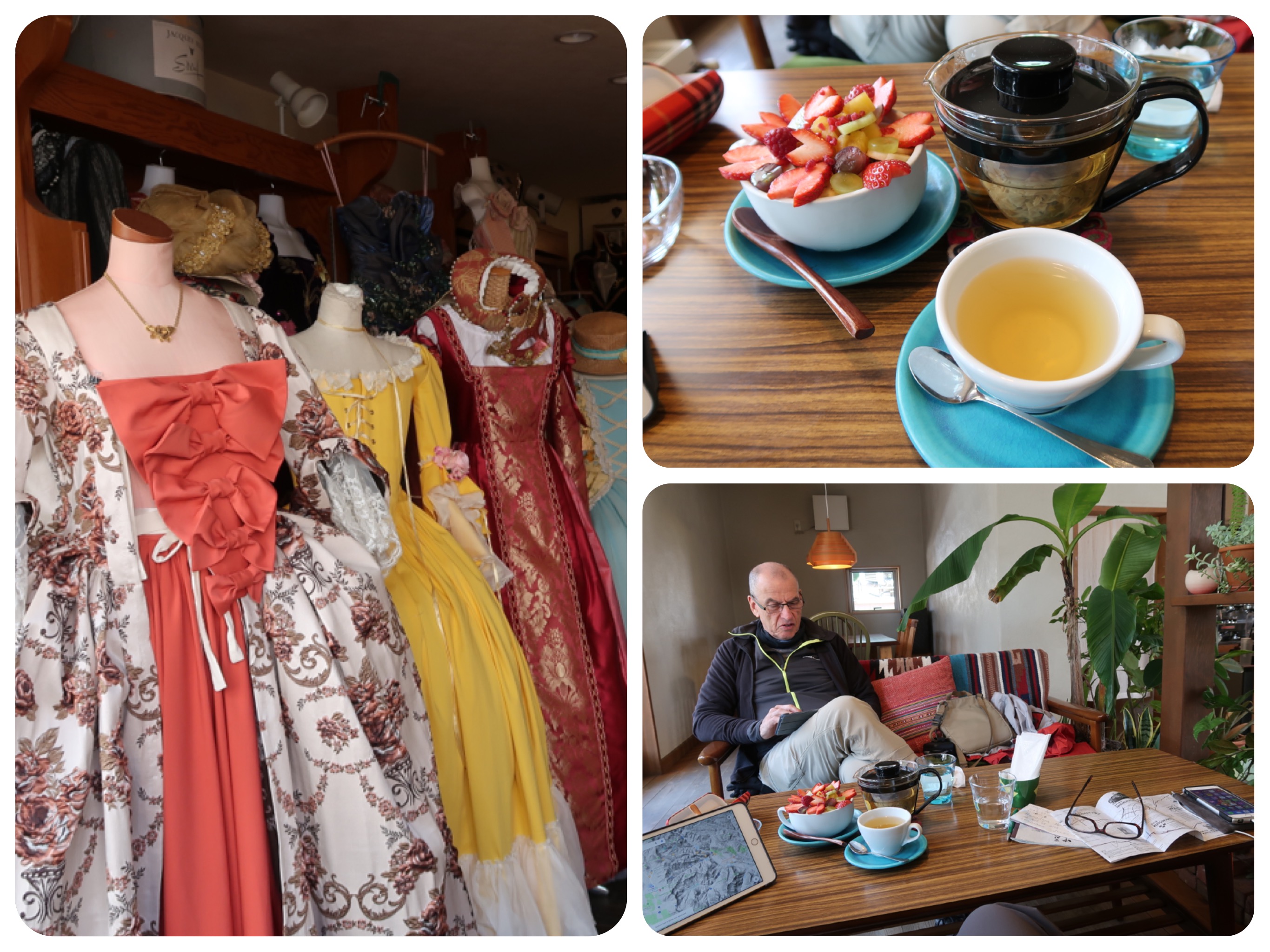 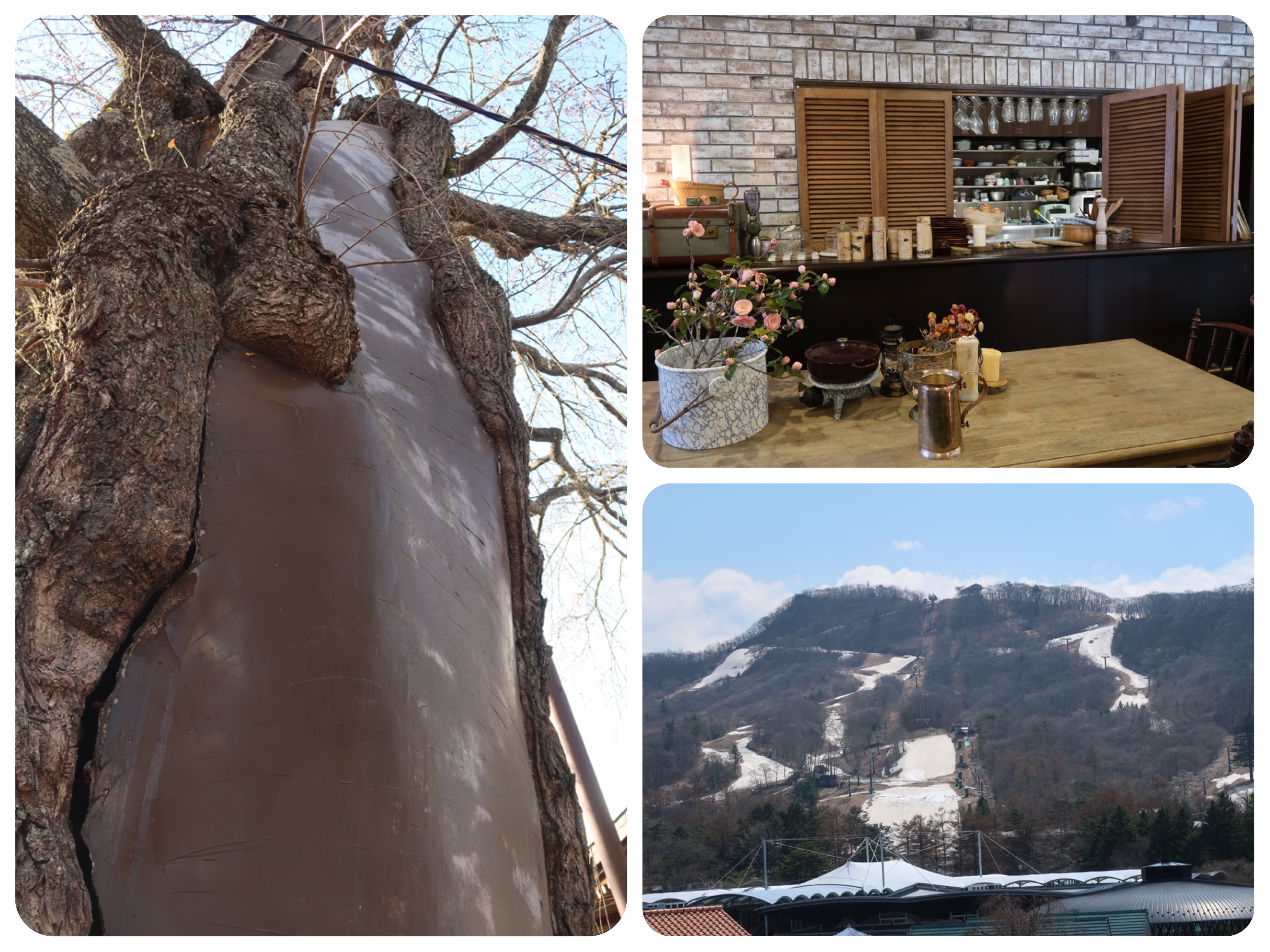 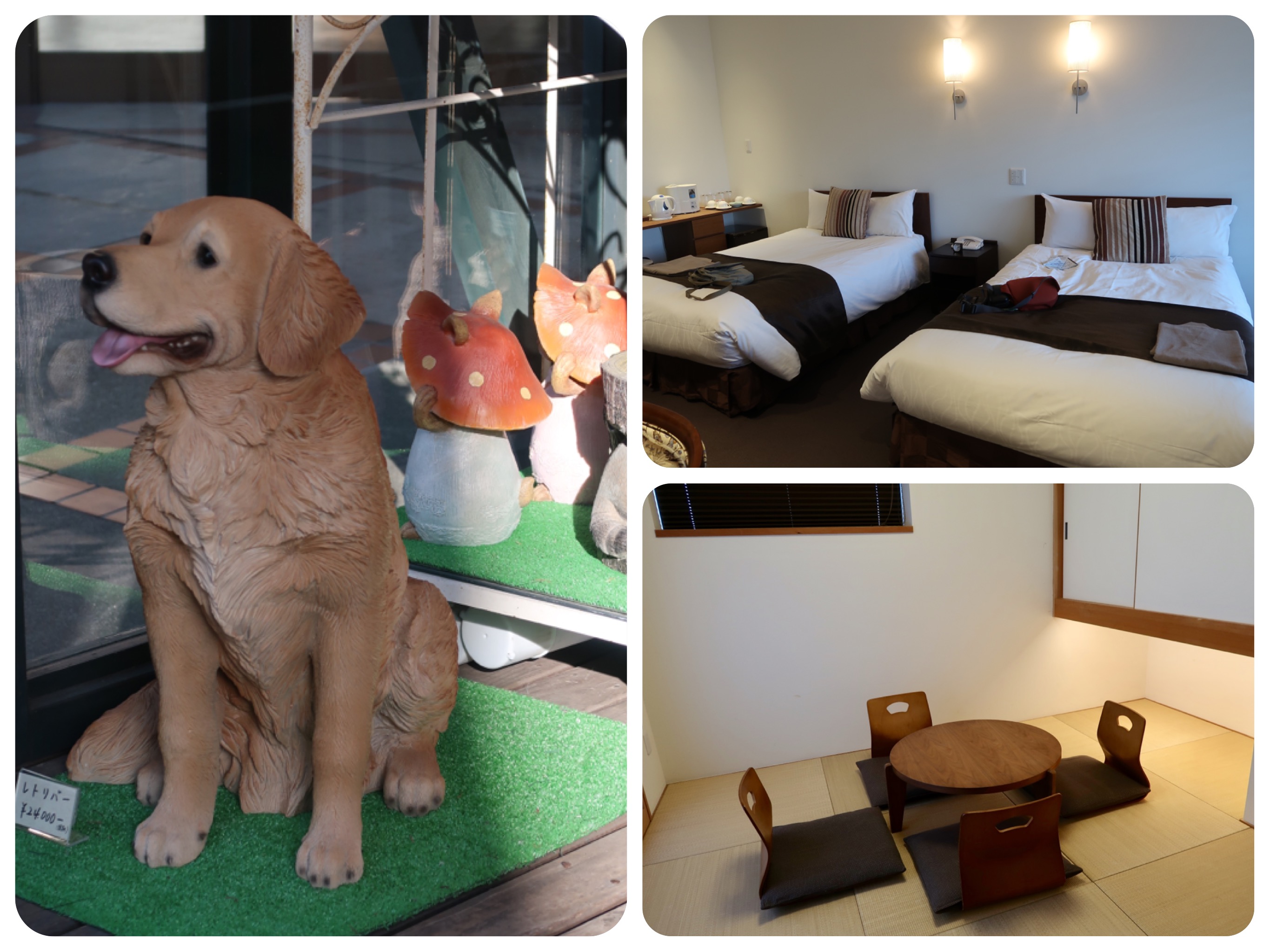 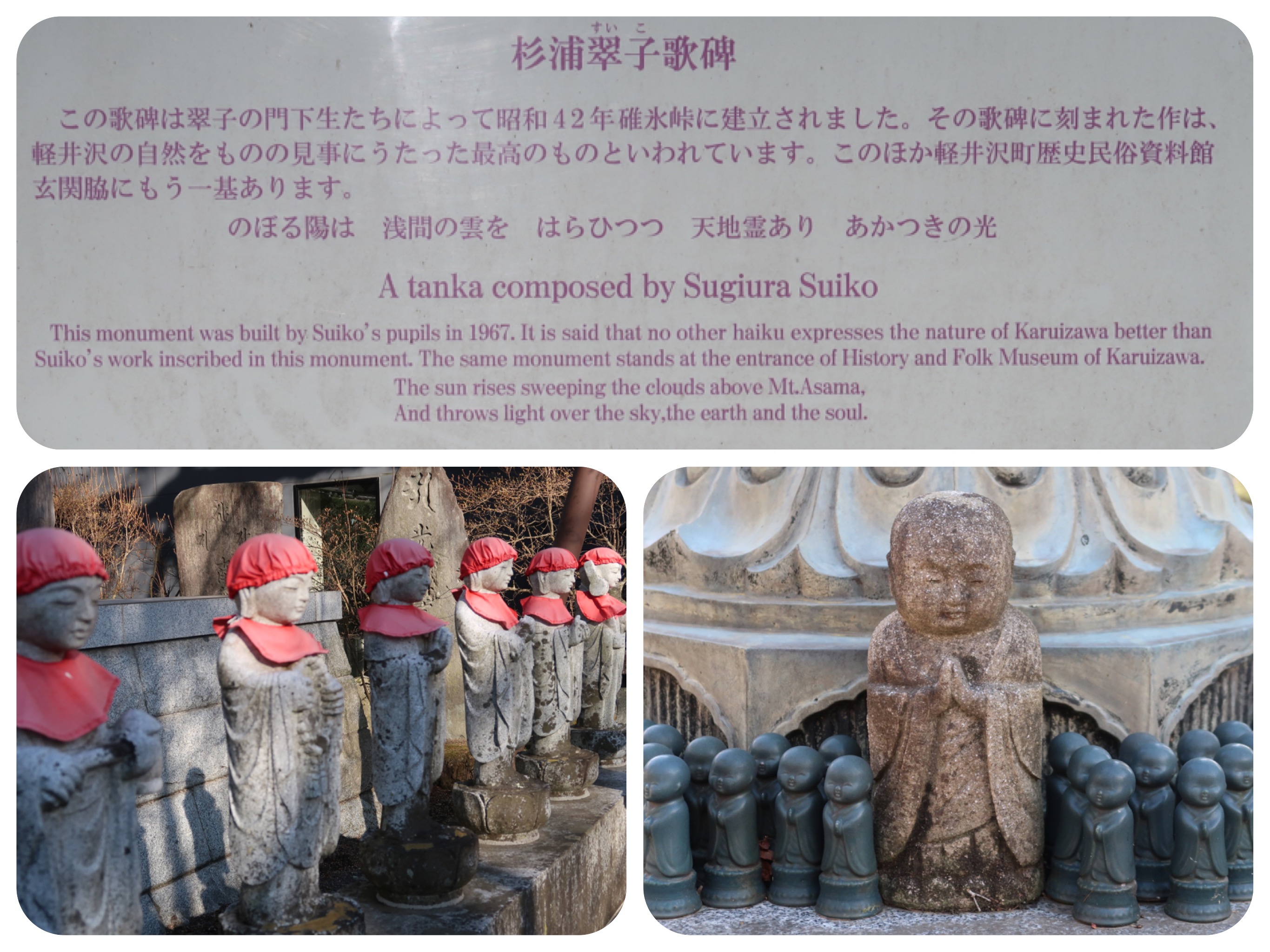 Day 9 – Walking The Nakasendō, Japan – A rest day in Karuizawa, and the Christ Consciousness in Ancient Japan

Today was a rest day.
When we started walking long pilgrimages, we decided that once per week, we will have a rest day, a day to recover our strength and rest, as well as see the sights and make more plans for the continued journey.

We had made no prior plans and no reservations on the Nakasendō trail.
Every two or three days, I estimate where we will be and then look for the best places to stay.

When I can, I try to book the places myself online.
Many of the smaller guesthouses have nearly no online presence, and even though I can speak some Japanese and make the reservations myself, I could be at a loss if they answer me back speaking very quickly.

I feel a bit anxious about the next week ahead of us.
We are currently in a natural basin, that stretches all the way from Karuizawa to Wada, with a few station towns in between, surrounded by mountains.

To enter this basin, there are two mountain passes, the Usui Pass, which is now behind us, and the Wada Pass, just ahead of us, that is longer and is considered to be the hardest pass on the Nakasendo.

To space our walking days as evenly as we could, I decided that we will walk from Karuizawa to Saku, a distance of about 24 Kilometers, and visit along the way the old Shukuba post towns.

From Saku, I decided that we will walk to Nagakubo, a small post town, where I found a small traditional inn with a shared toilet and a tatami mat room..

From Nagakubo, it is an eight Kilometer walk to Wada-Shuku, another small post town.
After Wada station starts the hardest climb.
It is long climb up to the Wada Pass, and then comes the steep descent to Suwa Lake.

It is a journey of 35 Kilometers, which we will have to do in one day, as there are no accommodations along the way, aside from a caravan park that is closed for the winter season.

I am worried about the Wada Mountain walk.
It is not just a 35 Kilometer long walk, which is more than we like to do in a day,
but it also includes a climb over the Wada mountain pass….

We decided to stop at the Karuizawa information center, to ask for help.
Maybe they knew of some small inns before the Wada pass, that are not showing up on any of my maps…

The ladies at the Karuizawa information center were very willing to help, but they did not know of any inns along the long stretch.
They helped me with making reservations at the inns that I had chosen in Saku and Nagakubo, but they could not help us any more than that.

The people from the Nagakubo inn told the lady at the information center that most people continue on to Suwa Lake where they spend the night in Shimosuwa Shukuba town.

I was looking for other options, perhaps walking on route 152 south towards small ski villages that do have accommodations, and then walking towards Suwa Lake from the east, but eventually I decided to walk on the old Nakasendo.
We will have to get up early and just push on, come what may…..

The Karuizawa ski mountain that we could see from our bedroom this morning still had some snow on it.
The winter ski season is over and the lift chairs no longer operate,

We chose to stay in another hotel in Karuizawa for our rest day, so we checked out of the Prince hotel, walked over to the Hotel Vert, left them our bags and went to stroll around the town.

It was a Monday and the town had almost no tourists, especially compared to Sunday, when it was packed with people.

We found a small cafe called Natural Cafeina, on the Main Street.
They had comfortable seating and a good brown rice risotto, an Açaí berry bowl, as well as a huge selection of herbal teas, cocoa tea from Brazil and great coffees.

The owner of the cafe is a local Japanese man who married a Brazilian woman.
He used to love to ski when he was younger, but he stopped after a bad accident in which he hit his head while skiing.
Now, he said, he was afraid to ski.

I was thinking of the people I know who live near us in Vail and Beaver Creek.
Some of them broke every bone in their bodies while skiing, but they will never stop skiing, some even participate in ski competition after injuries.

We told him that we ski carefully and slowly, and never have had a bad accident.
The truth is that Jules did get hit once by a speeding skier, and his shoulder hurt for quite awhile, but it wasn’t broken and never needed medical attention.

The cafe owner told us that ski accidents are common on the slopes around here.
We expressed our surprise, since the mountain runs look like they are all easy, green slopes.

He told us that most of the people who come to ski here, are from Taiwan and Hong Kong.
As he put it, “They are ‘Tropical People’ who do not know how to ski well. They come to Karuizawa to enjoy the ski environment, the hot springs, the stay in the nice hotels, the good food and the atmosphere.”

When you get so many beginner skiers, skiing accidents on the mountain are common.

We really enjoyed talking with this gentle man, who is very spiritually inclined.

He said that at that time, people from Israel traveled to Japan, and Japanese people traveled to Israel, to learn and understand the teachings of Jesus.

He told us that the early Japanese who adopted Christ Consciousness, did not call themselves Christians, although they did recognize and believe in the magnitude of the teachings.

He then explained that triangle shaped Onigiri (rice balls) originated as the O-Musubi triangular symbol.

“People believe that the beginning of the O-Musubi triangle of the rice balls, lies in the belief that there are three main Gods living in the mountains.

The word “Musubi” was written down in the oldest book of Japanese history.
People started to eat rice in the shape of a triangle, because it is the form of the mountain, and an attempt to embody the strength of the Gods.

But the triangle secretly represents the Holy Trinity of Spirit.
It does not have the same understanding as Christianity.

The triangle includes The Big God, who is actually believed to be a Mother Goddess, the one who gives birth to all life.

The second God is the God in charge of the expanding infinite universe.

The third God in the trinity is the God in charge of the contracting universe.
The earth is contracting inwards from the ever expanding infinite Universe, into a smaller bowl, from the energetic Matrix of creation.”

The Japanese adopted the cross as their symbol as well, although they no longer displayed it after the arrival of Buddhism in Japan, which outlawed the practice of Christianity.

“The people secretly made the cross symbol with their bodies.
They bowed vertically three times and clapped their hands horizontally three times.
They still do it in Shinto shrines today, they just do not know that it originated with the symbol of the Cross,” he said with a smile.

“The color red that is used in all the Tori shrines and gates, is meant to represent the color of blood.
The Tori gates represent an opening to another dimension, a higher spiritual dimension.
When visiting a shrine, you enter that holy space through the Tori gates.

The fox, which is seen inside Shinto shrines, is a messenger from the spirit world,” he concluded.

It was a fascinating explanation and I thanked him deeply for taking the time to explain it to me.

After leaving his charming cafe, we walked around the friendly, small town.
People told me they loved America.
When I asked if they have ever been to the USA, they said no… but that they really wanted to go.

We then visited the small art museum, the shops, bakeries and little galleries in town.
It was so cold, that I knew that after a shower and a rest, I would not want to put on my clothes and go out to eat.
So we bought good bread in a bakery, some olives and nuts, and we were given a gift of a locally made cheese to take to our room.

After a great shower, we sat on the tatami mat seating area in our room, and ate a picnic dinner of everything we had bought.
We were in bed sleeping very early.

Before falling asleep, I thought about Sugi-San, whom we met two days ago and who is also walking the Nakasendo.
That night Sugi-San emailed us some photos and very kind words.

I tried my best to explain to Sugi-San in my limited Japanese, why we walk.
I did not have the word for “Enlightenment,” so I said:
“We walk to become stronger and more powerful.
We don’t see ourself as foreigners, because the world is our home.
We walk to find peace, a feeling of serenity and power…”

Today, after my conversation with the Cafeina’s owner, who told me some things that I have read before about the connection between Israel and Japan, I thought to myself:
“This is also why we walk pilgrimages, to find kindred spirits and to share spiritual knowledge that would disappear from memory, if we do not repeat it.”

With blessings and love,
Tali and Jules