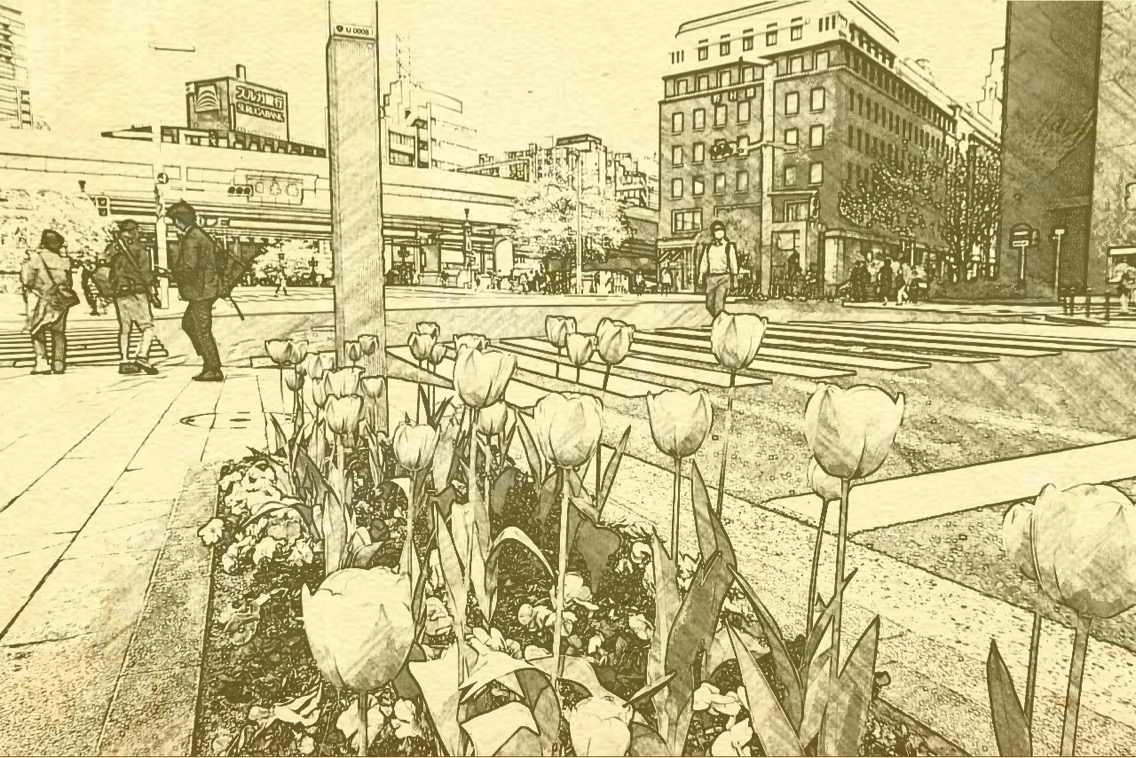 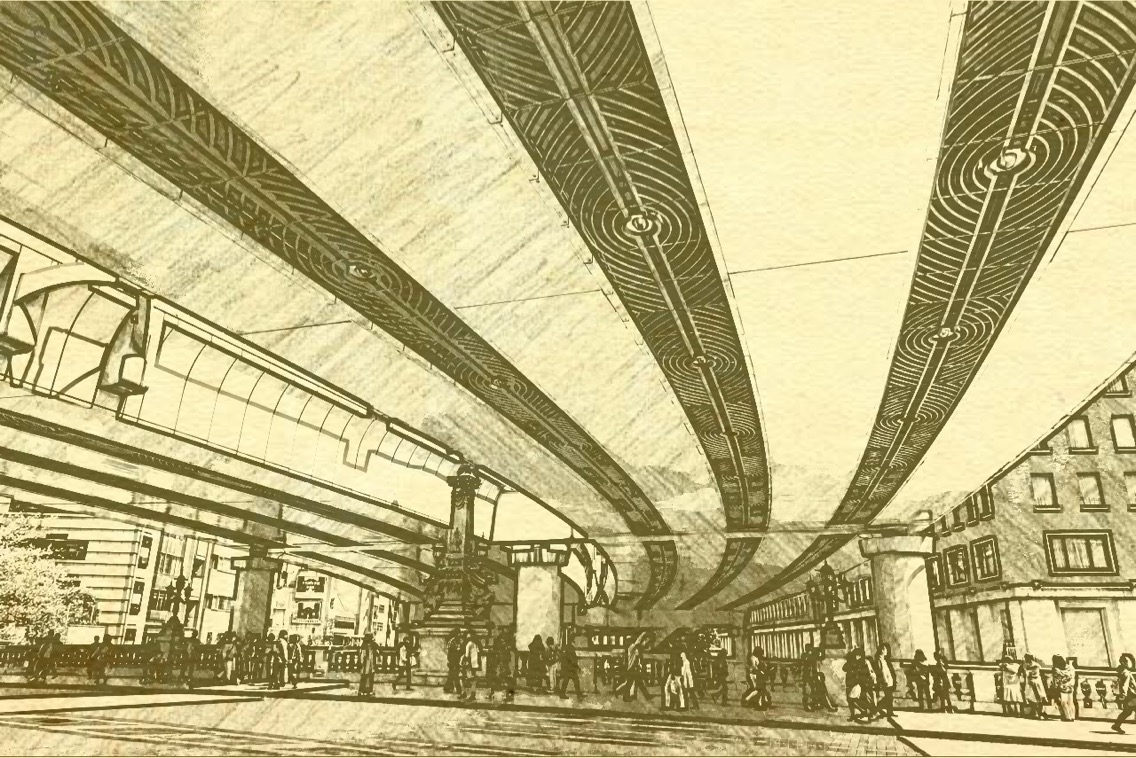 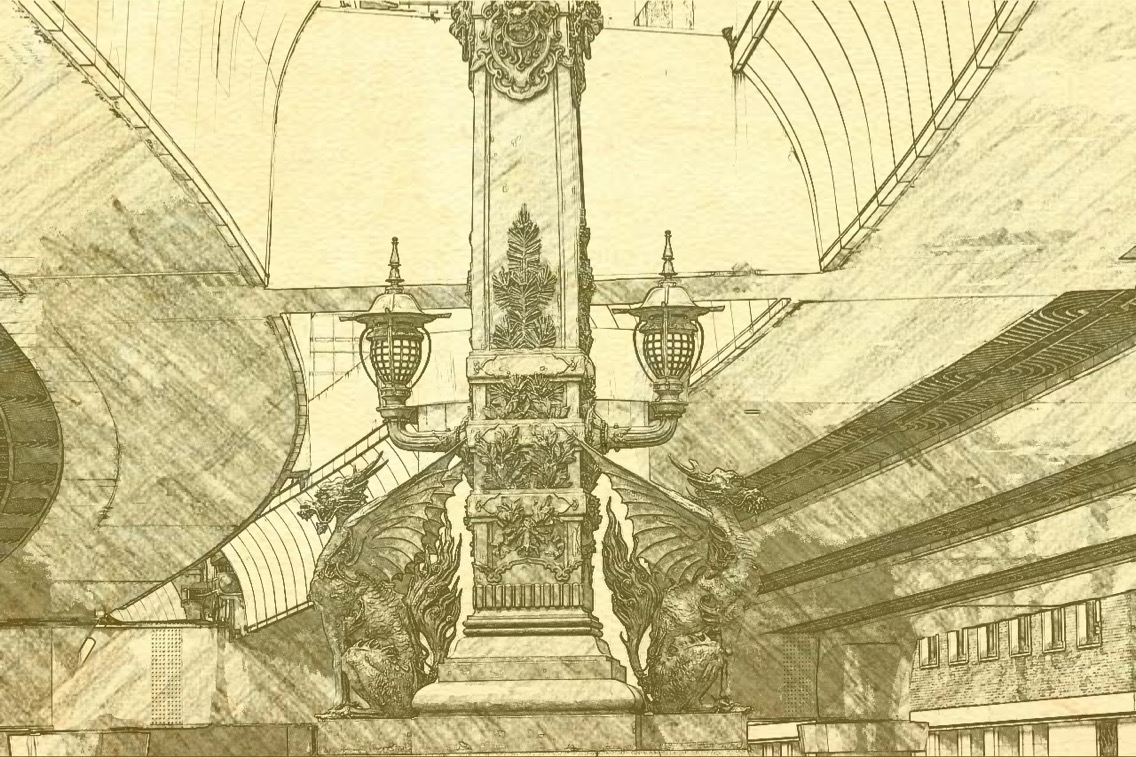 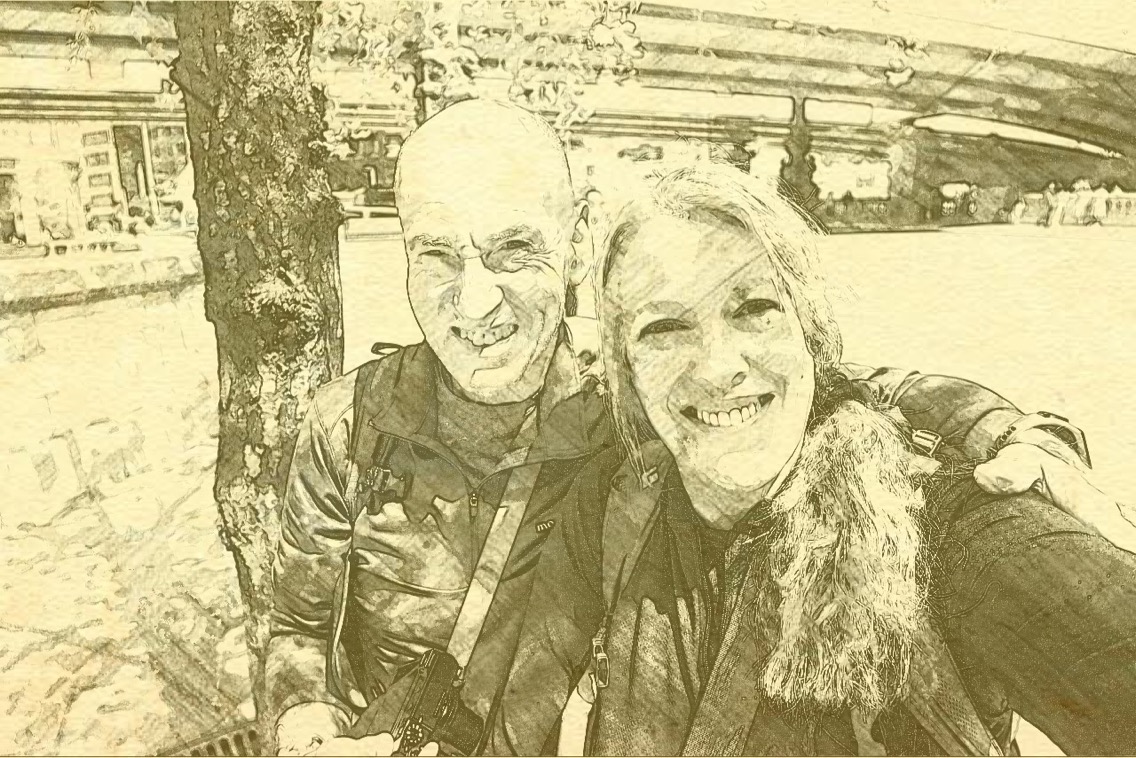 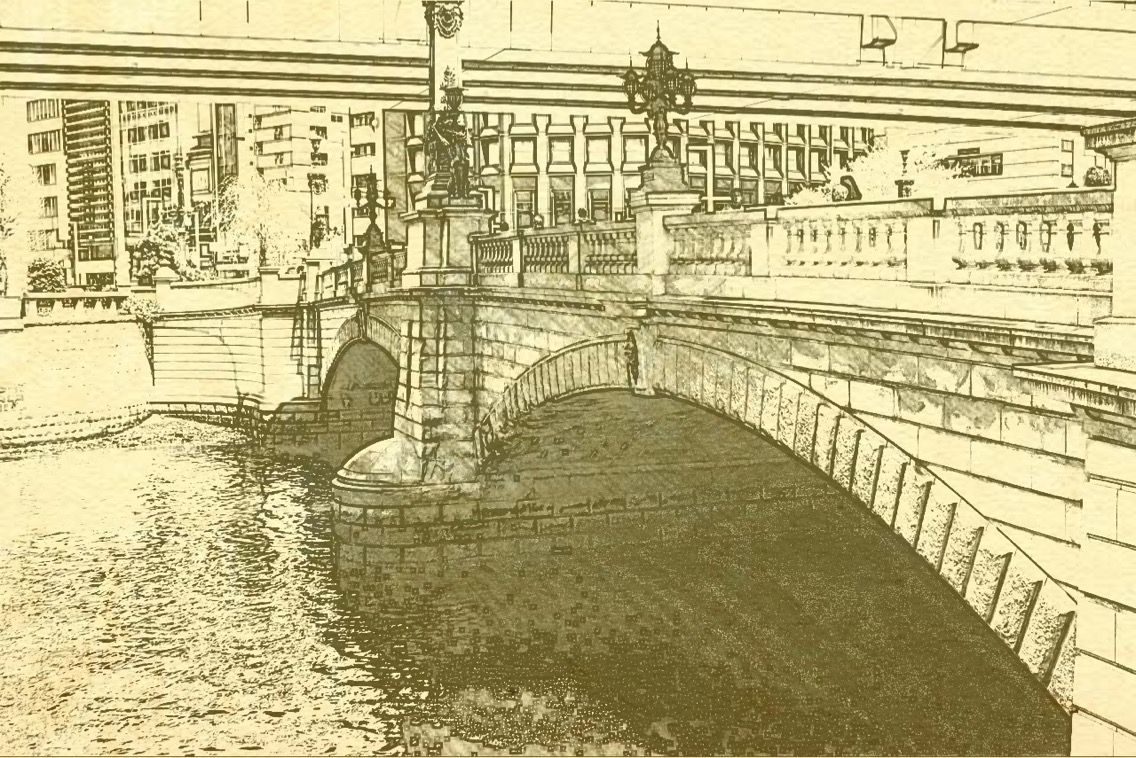 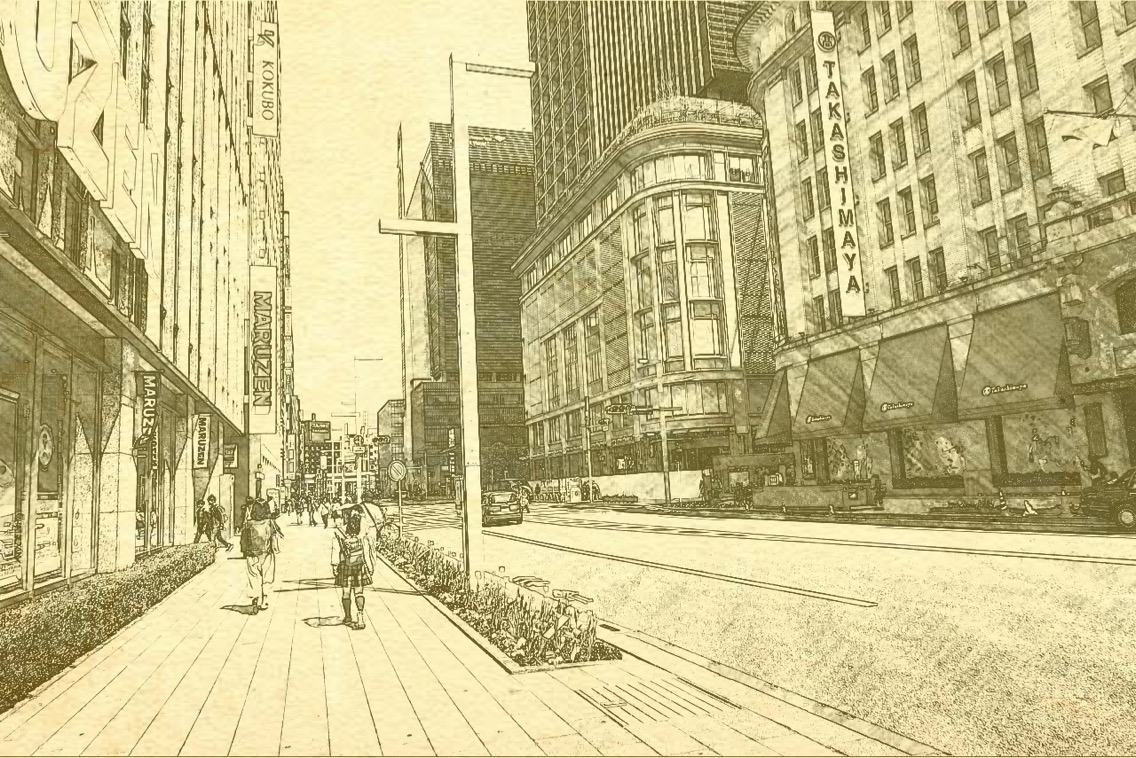 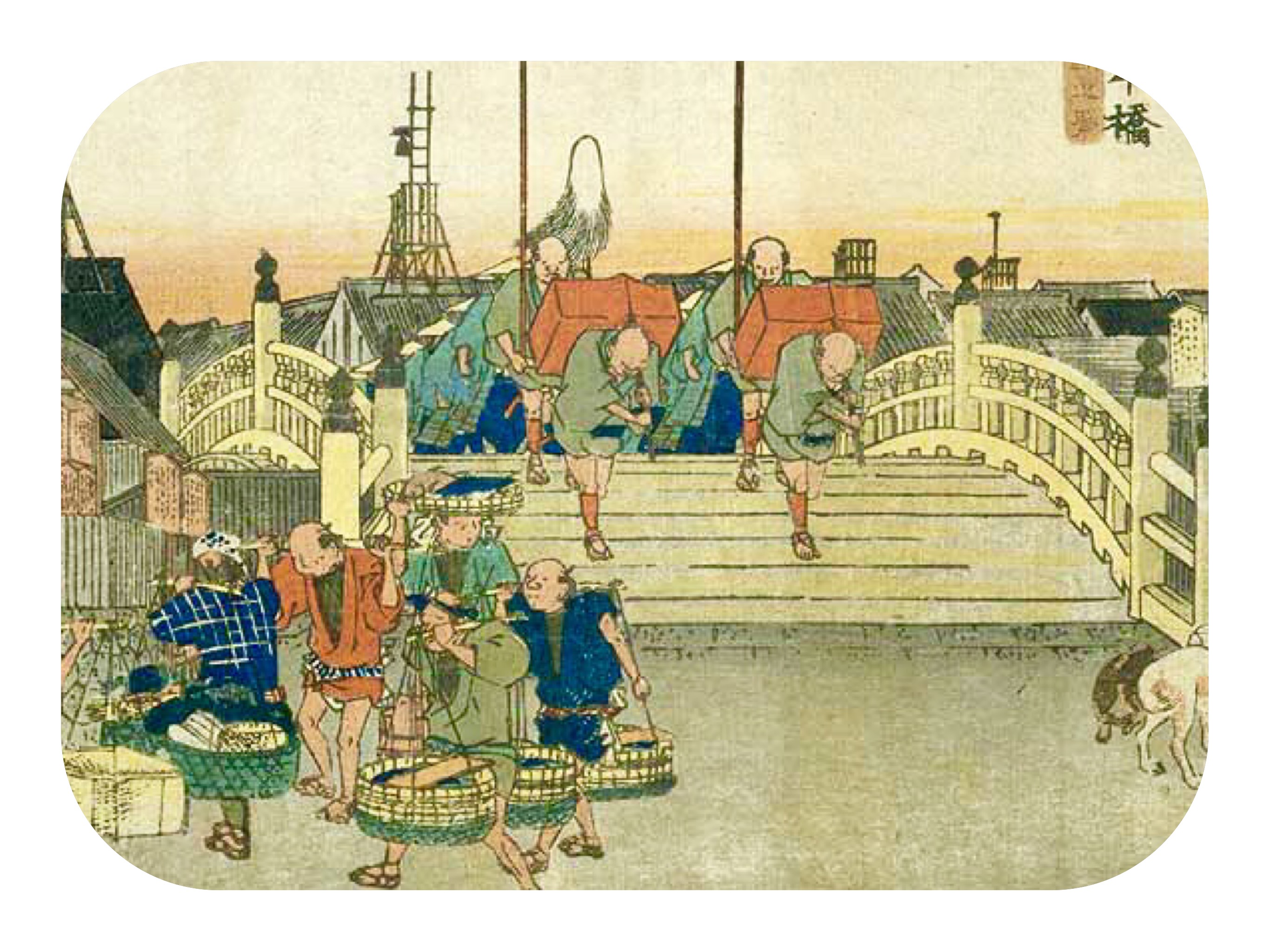 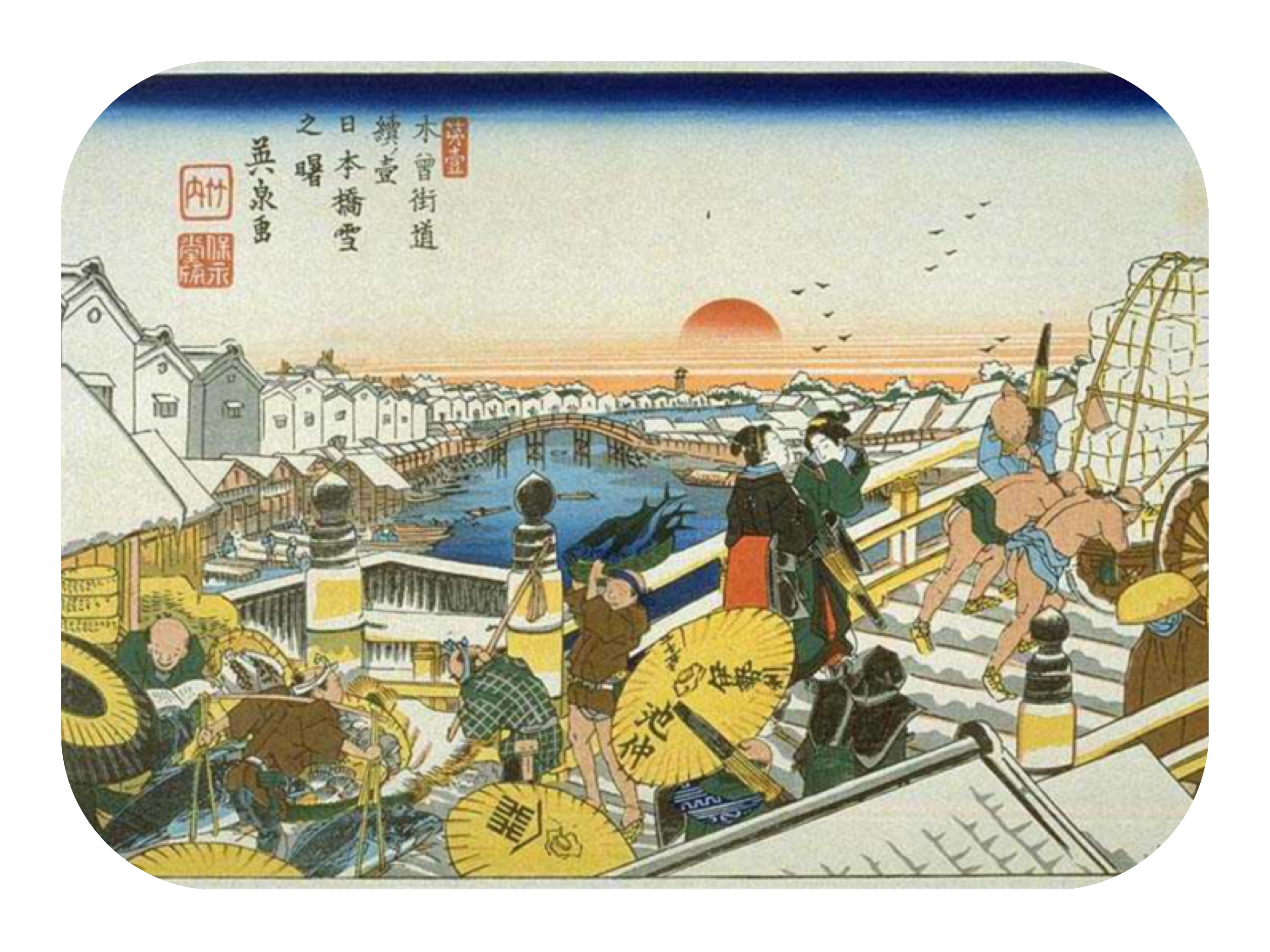 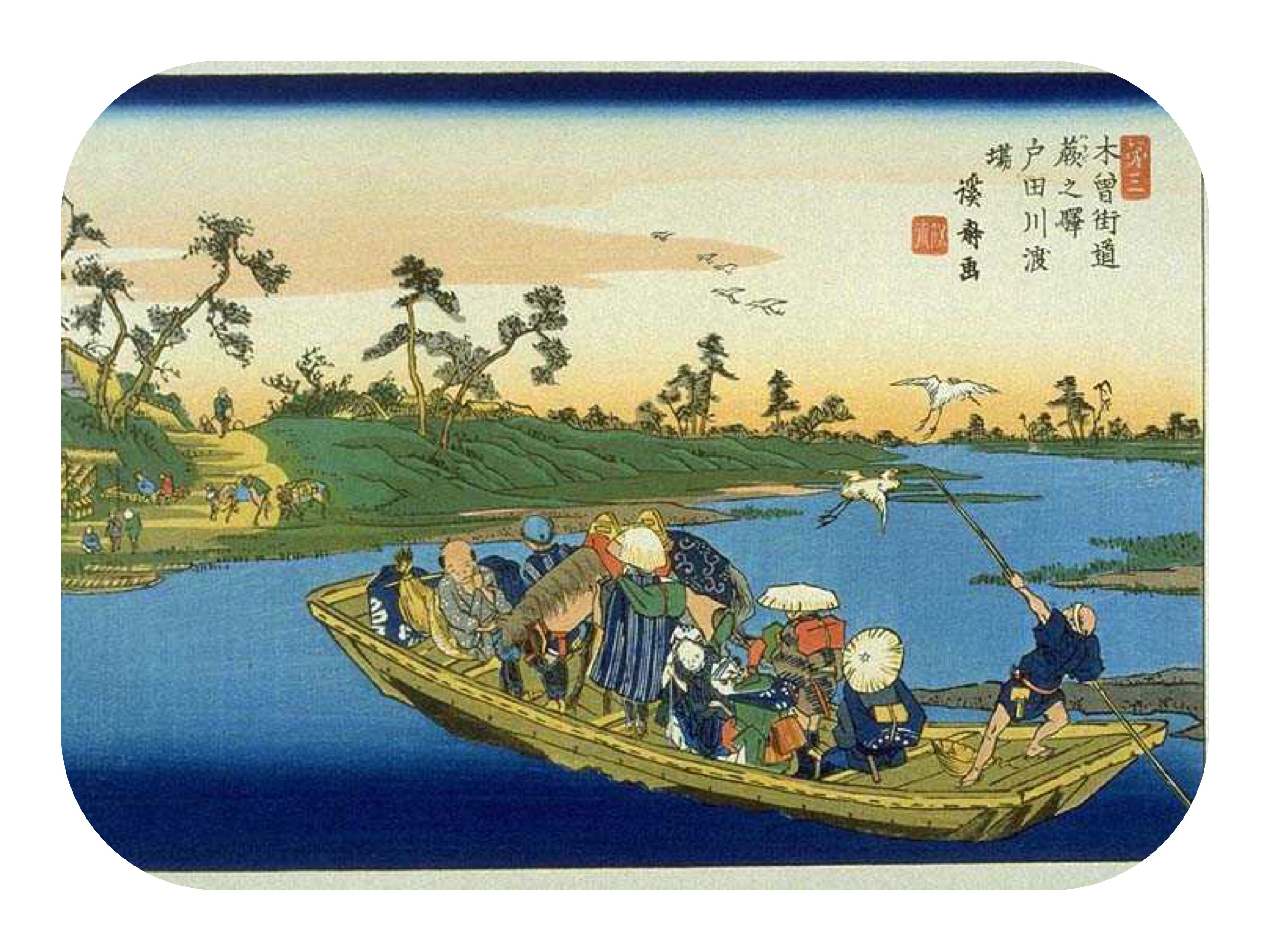 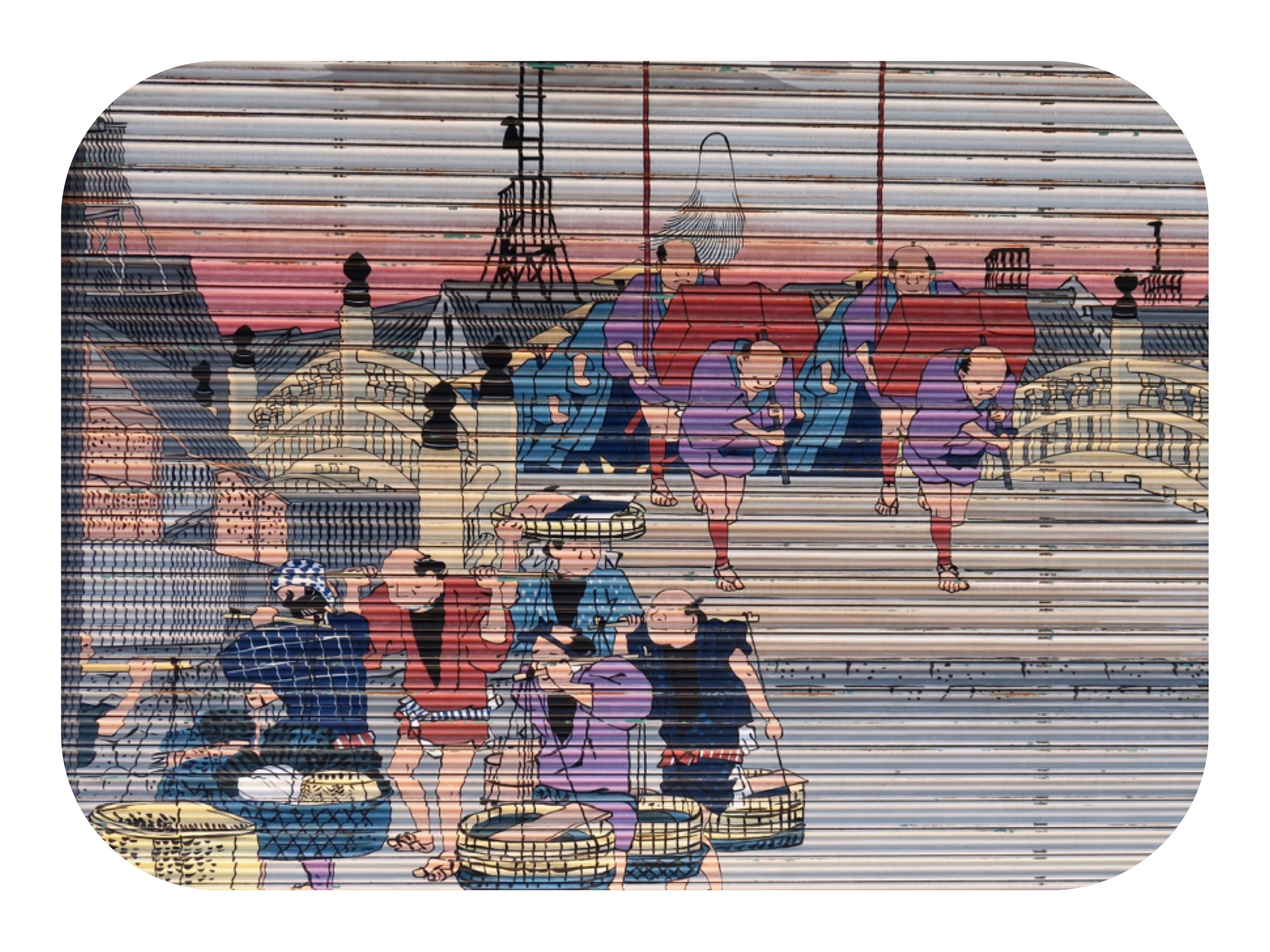 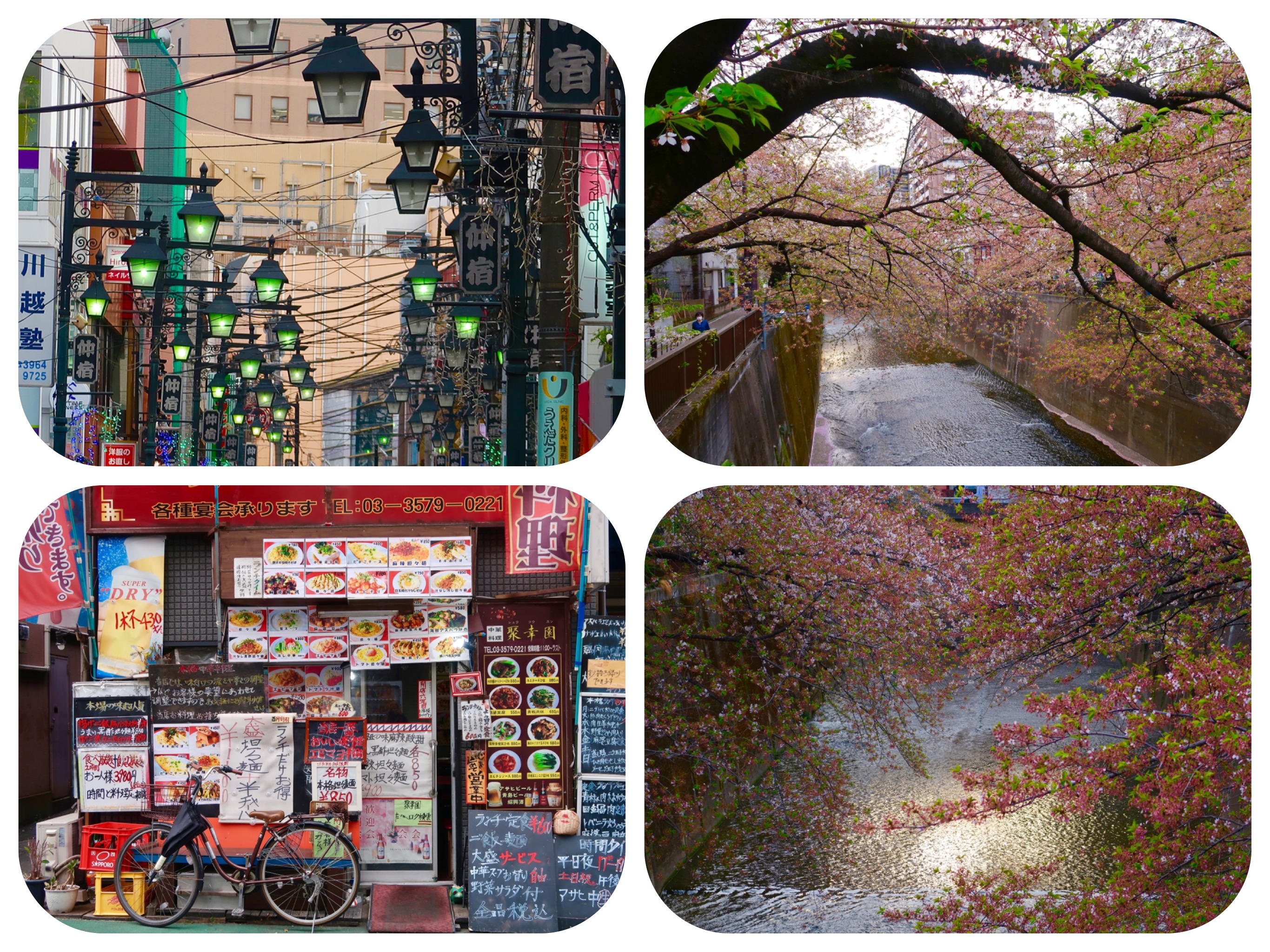 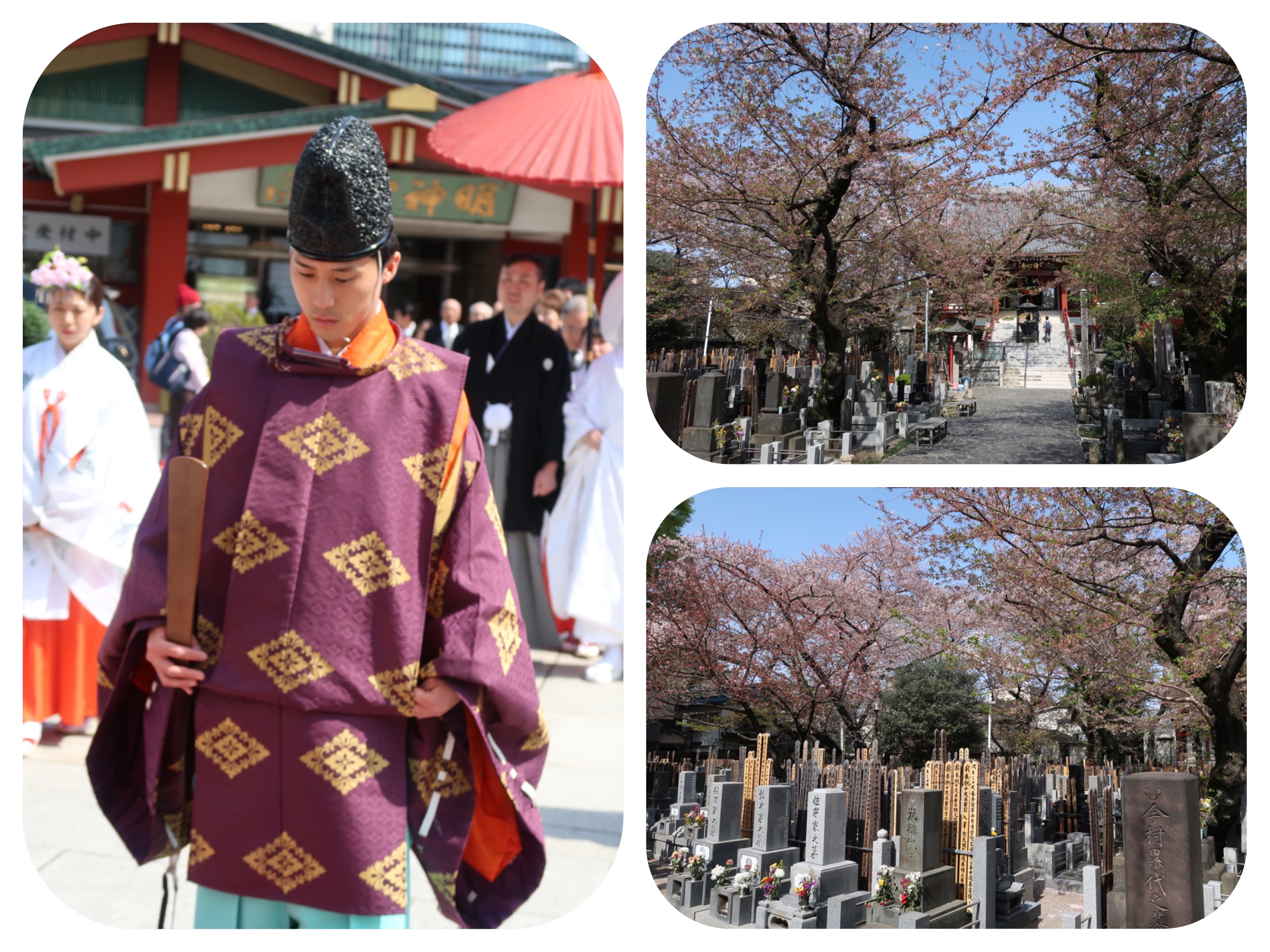 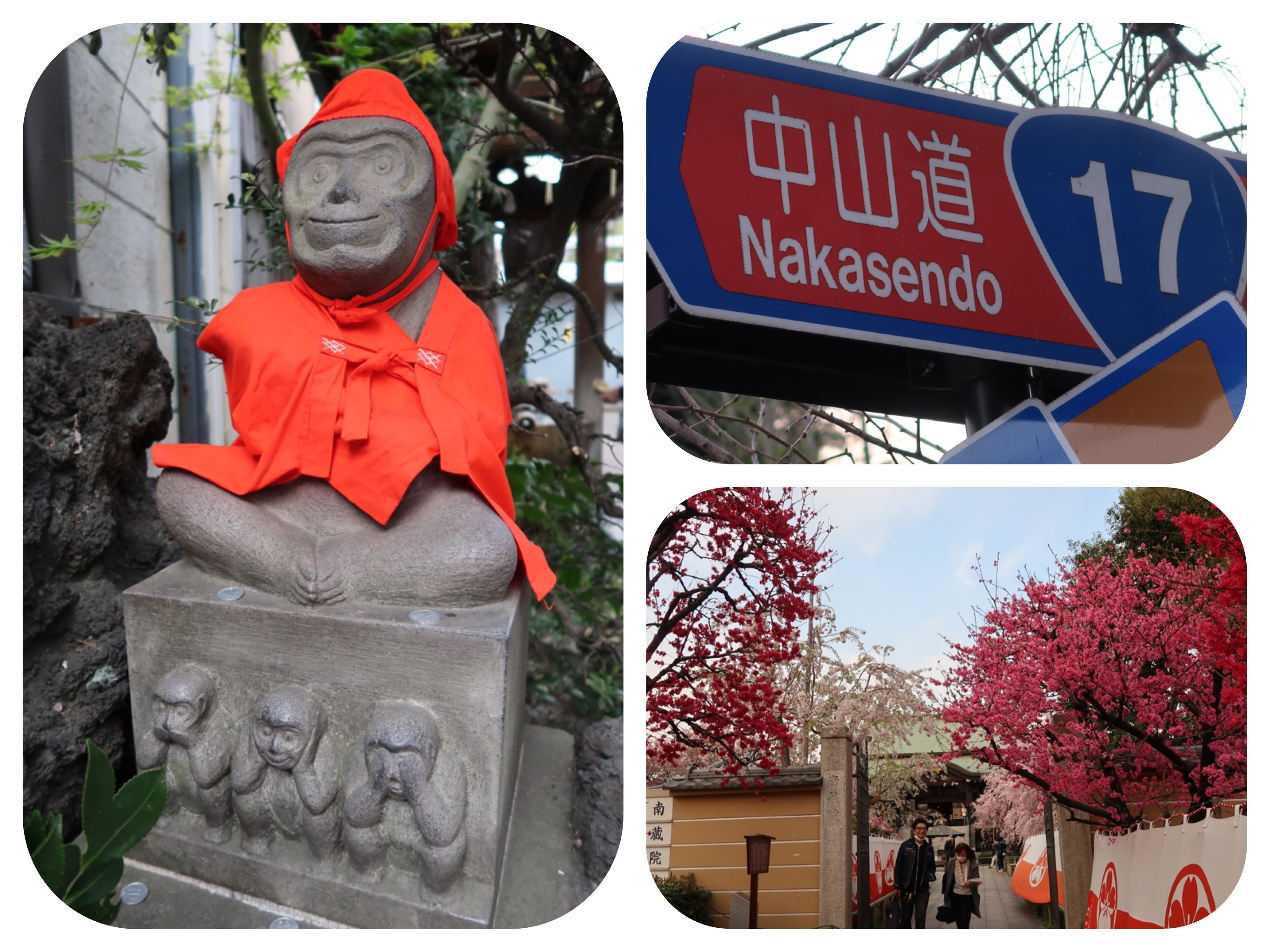 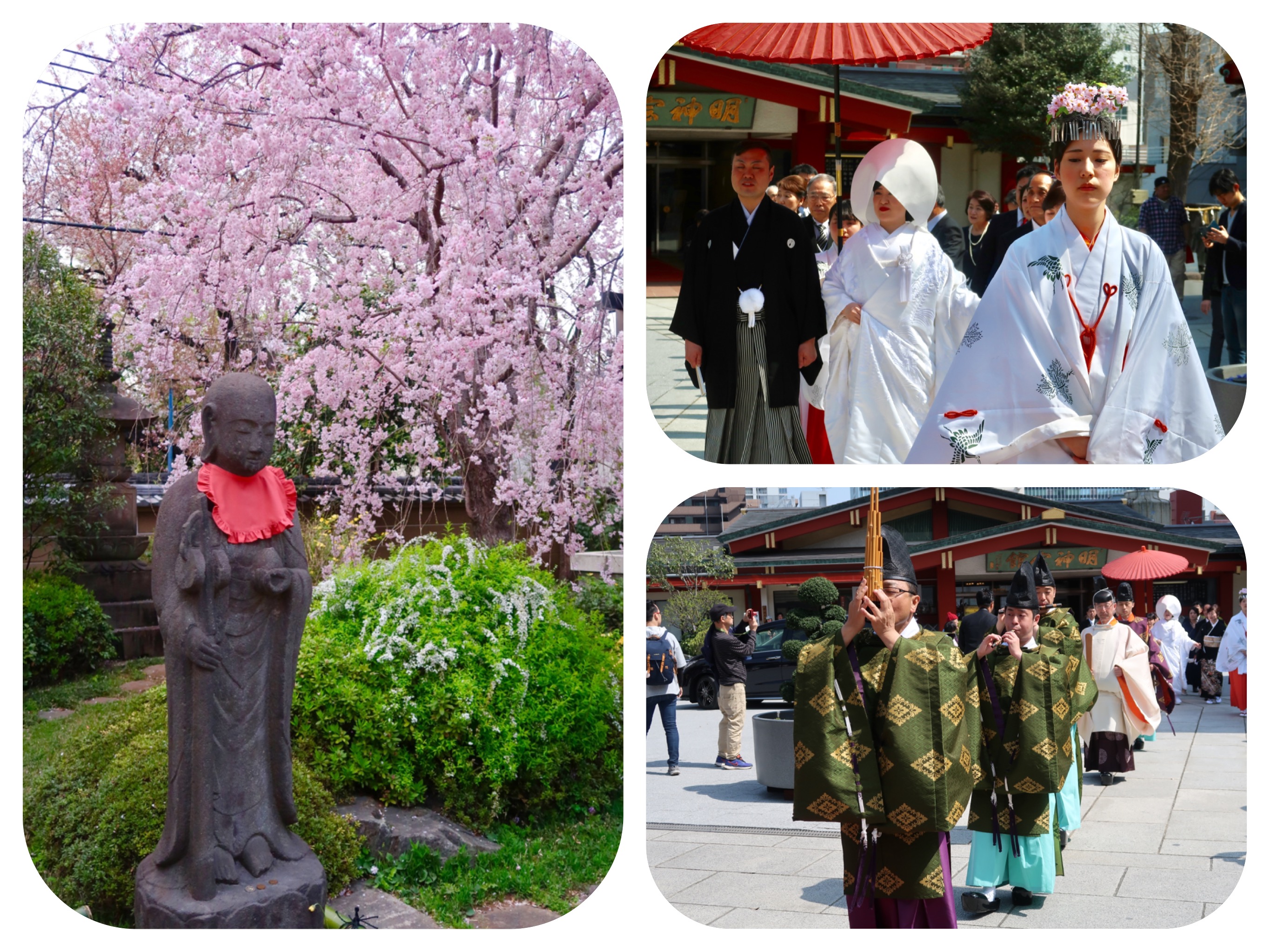 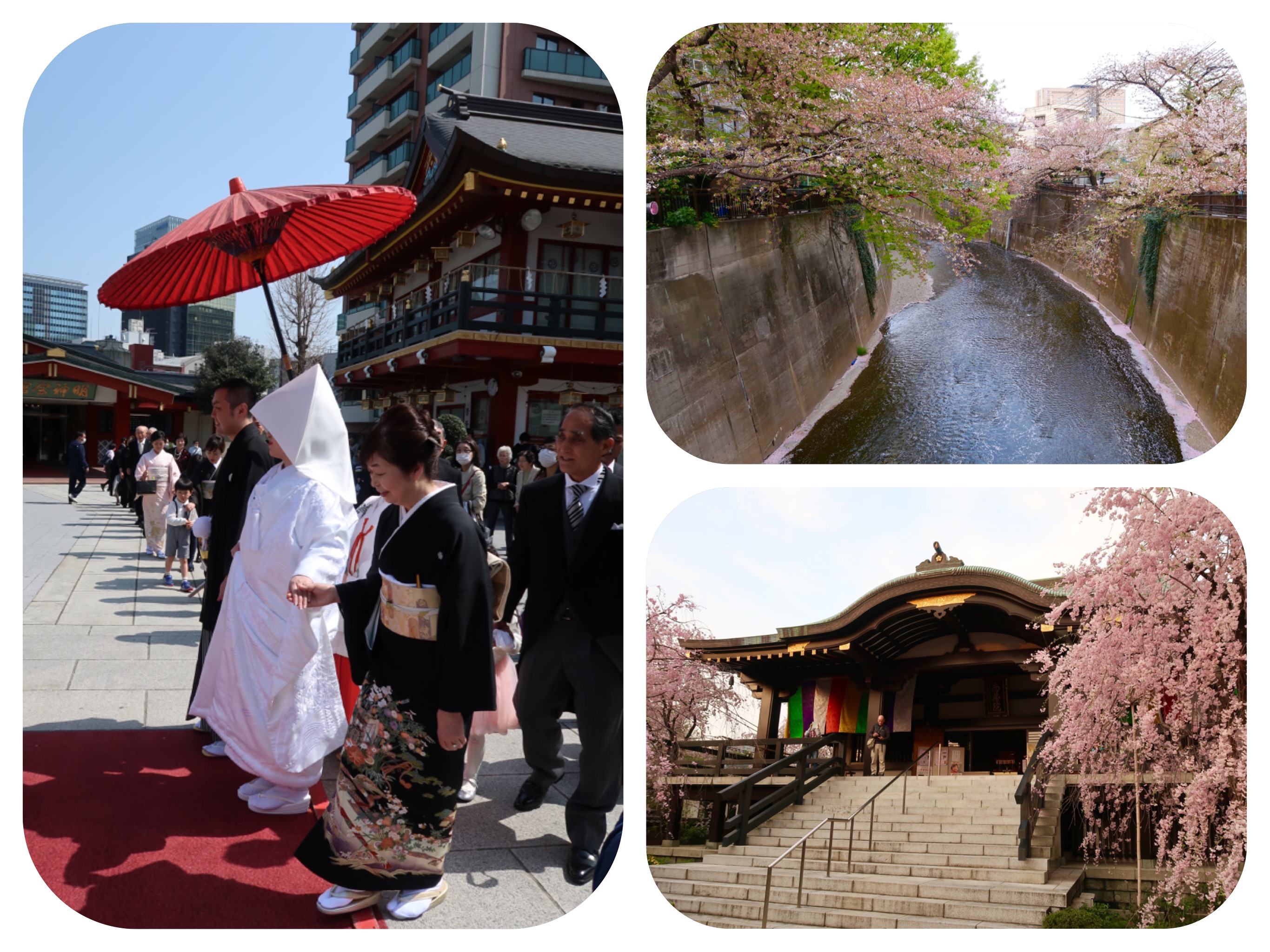 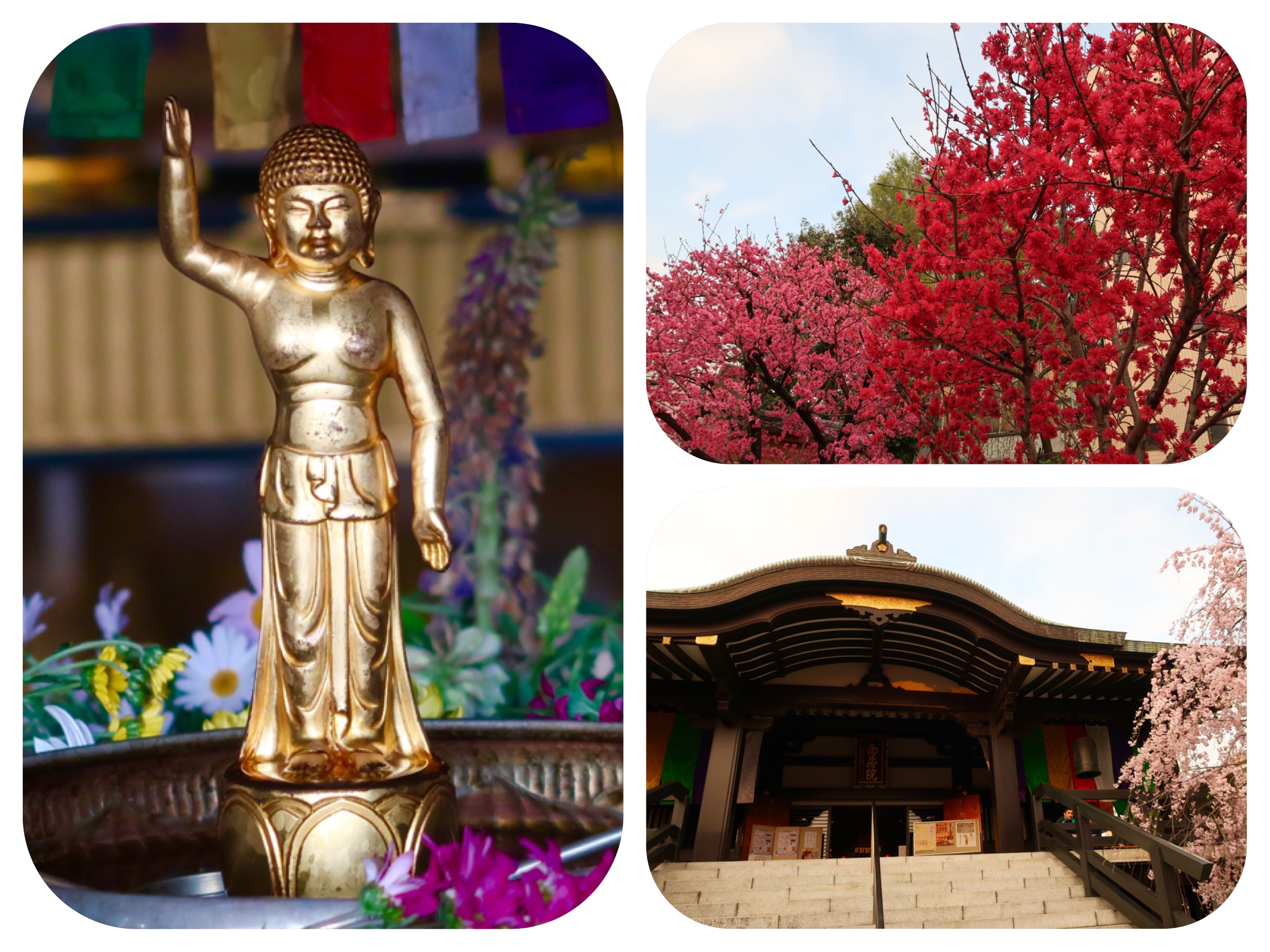 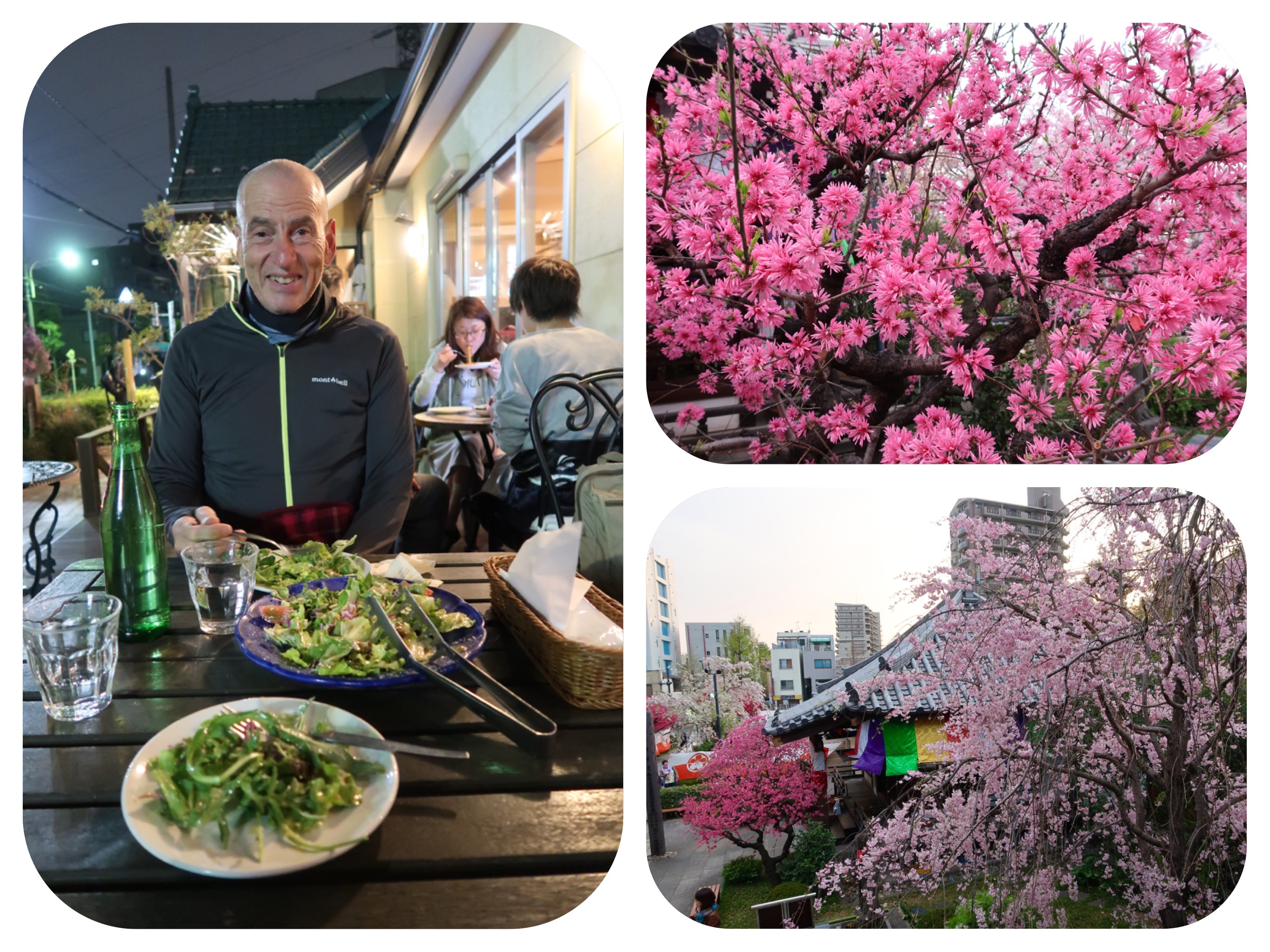 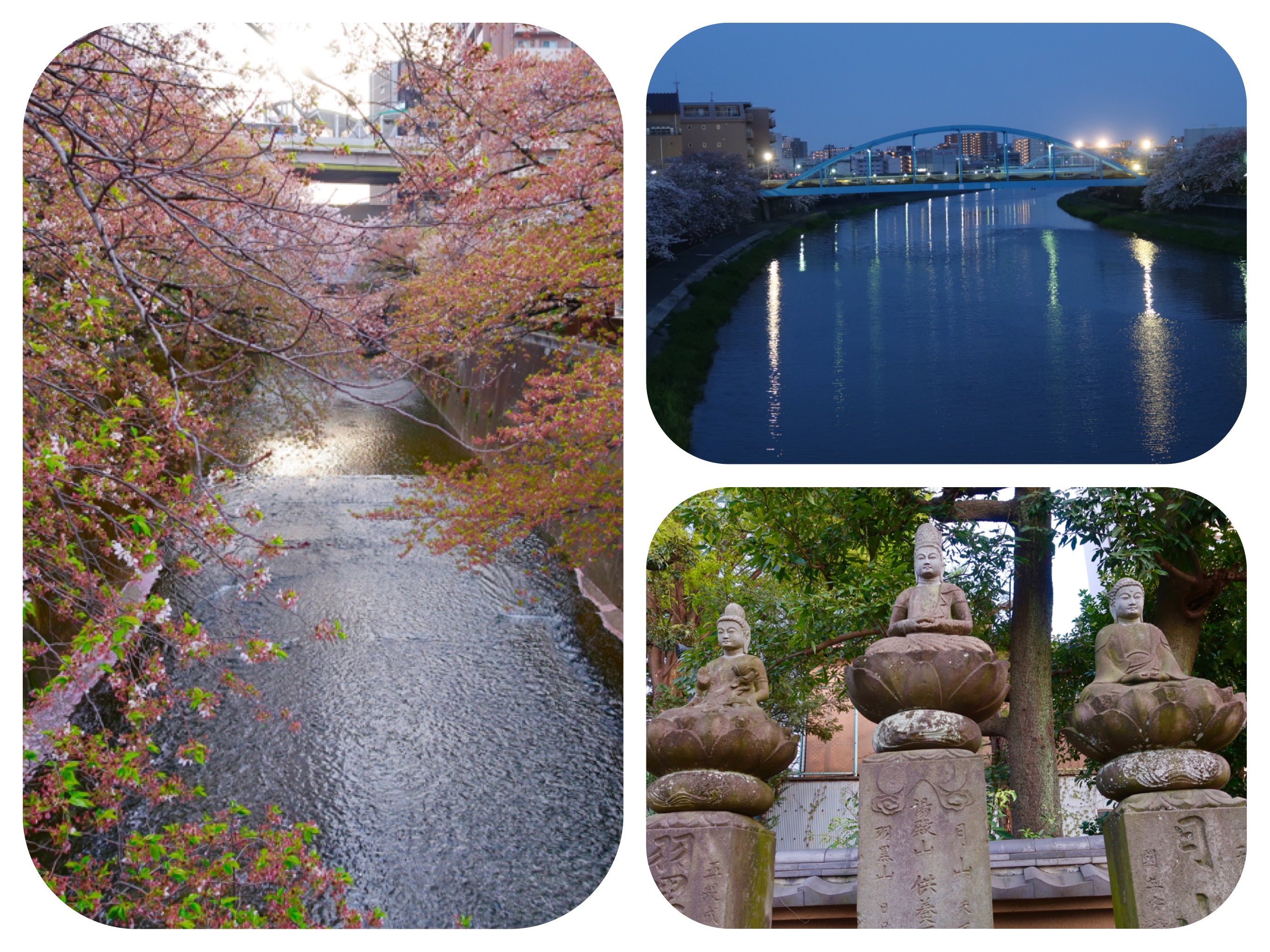 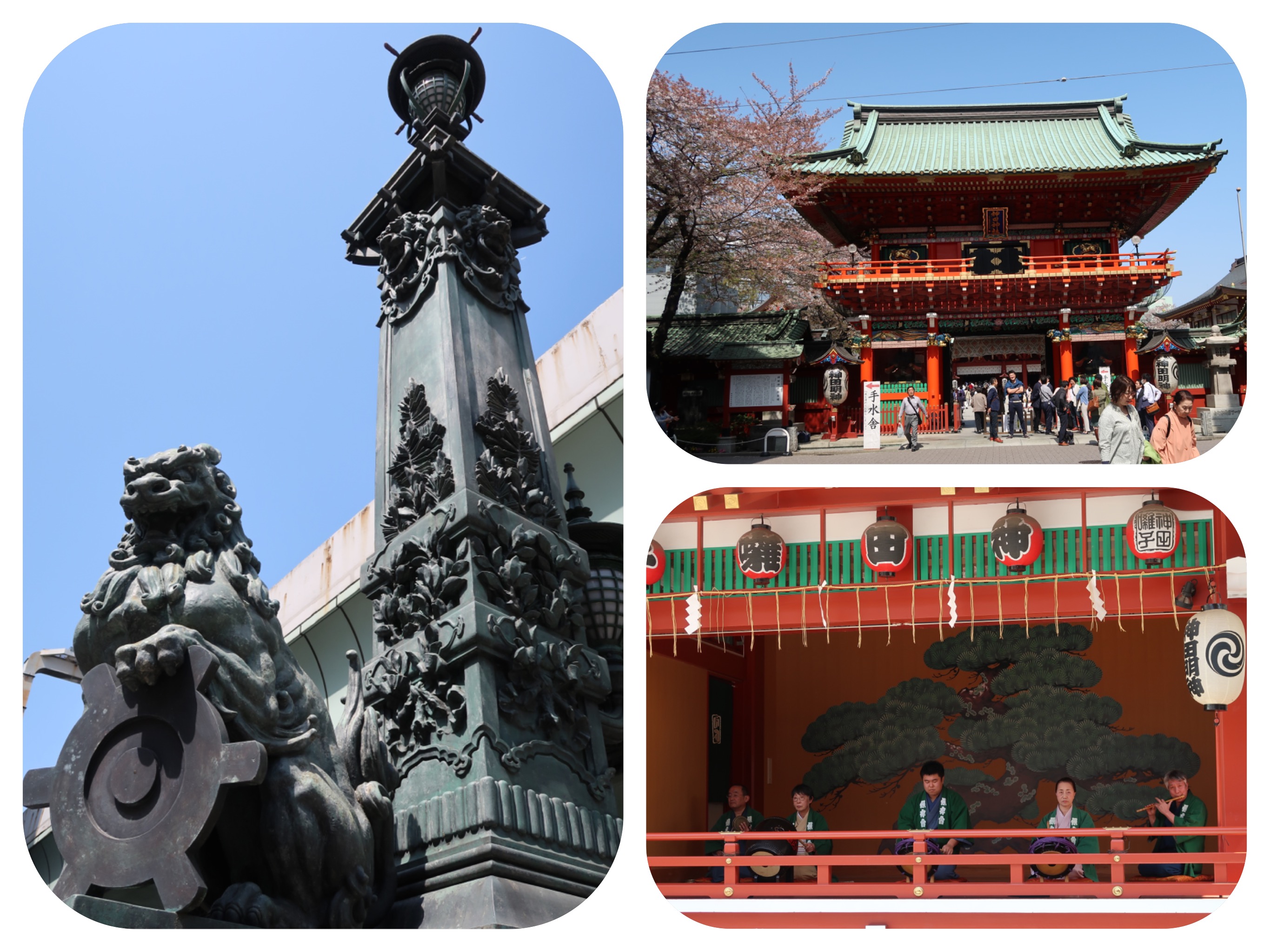 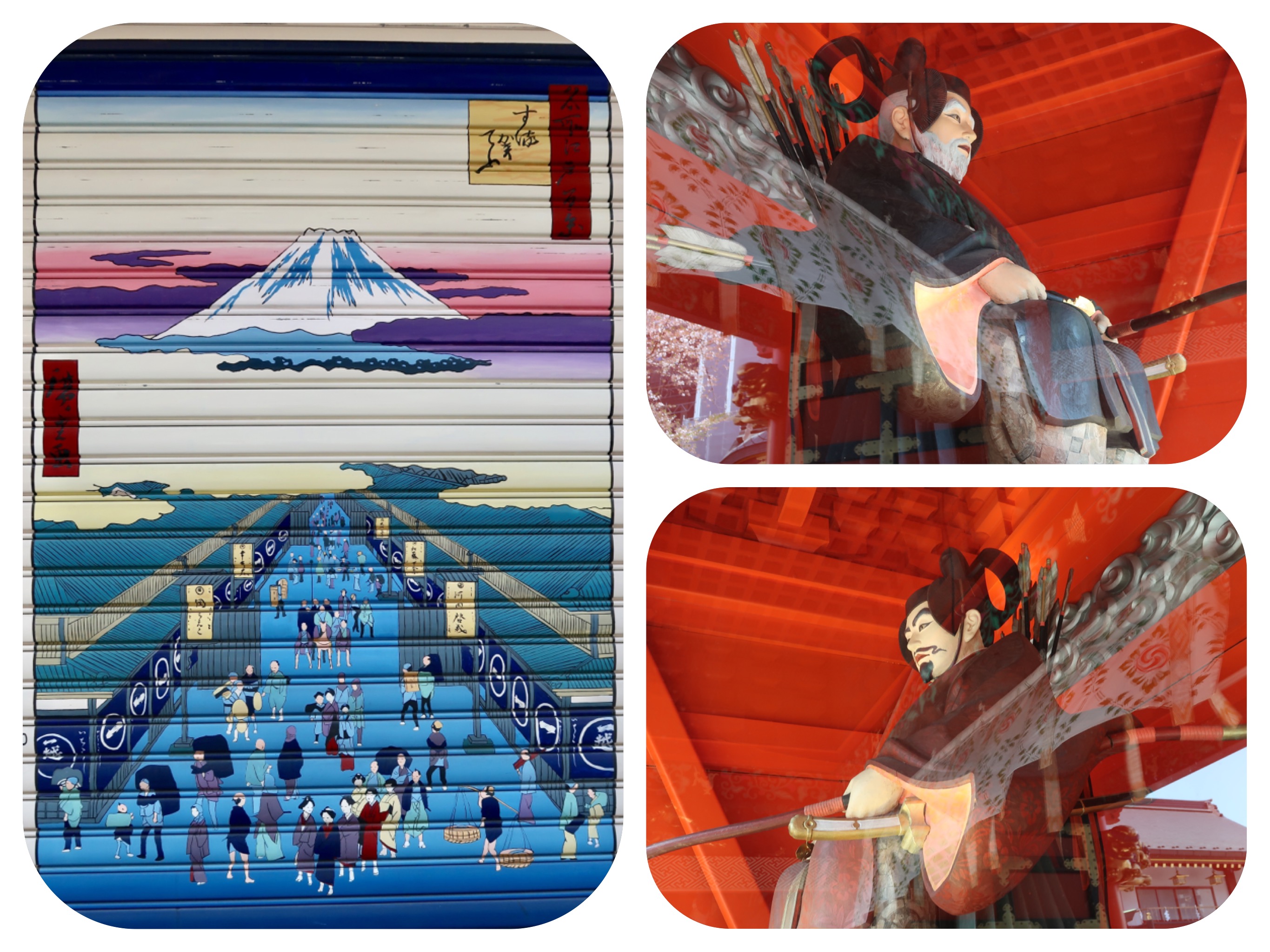 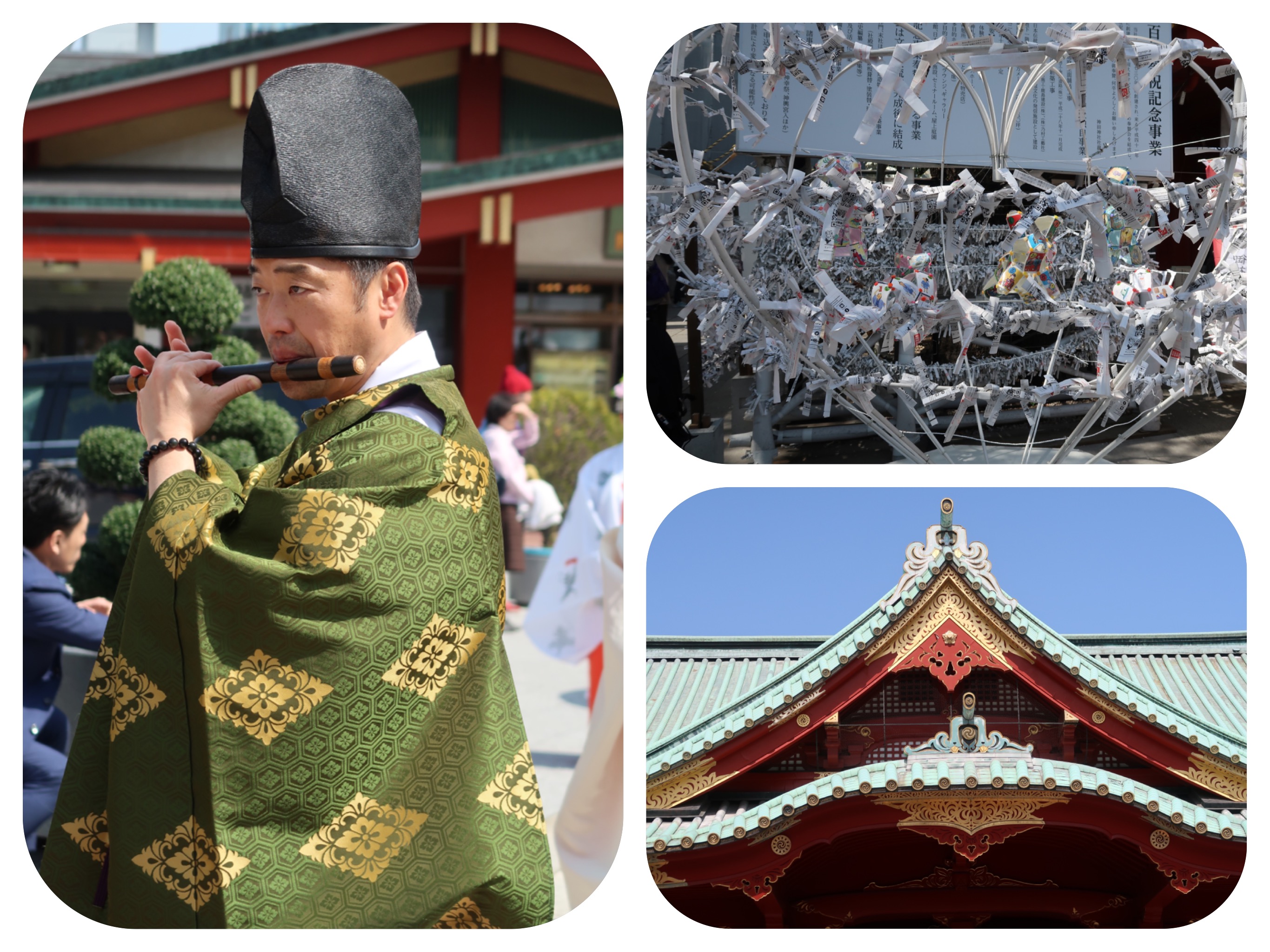 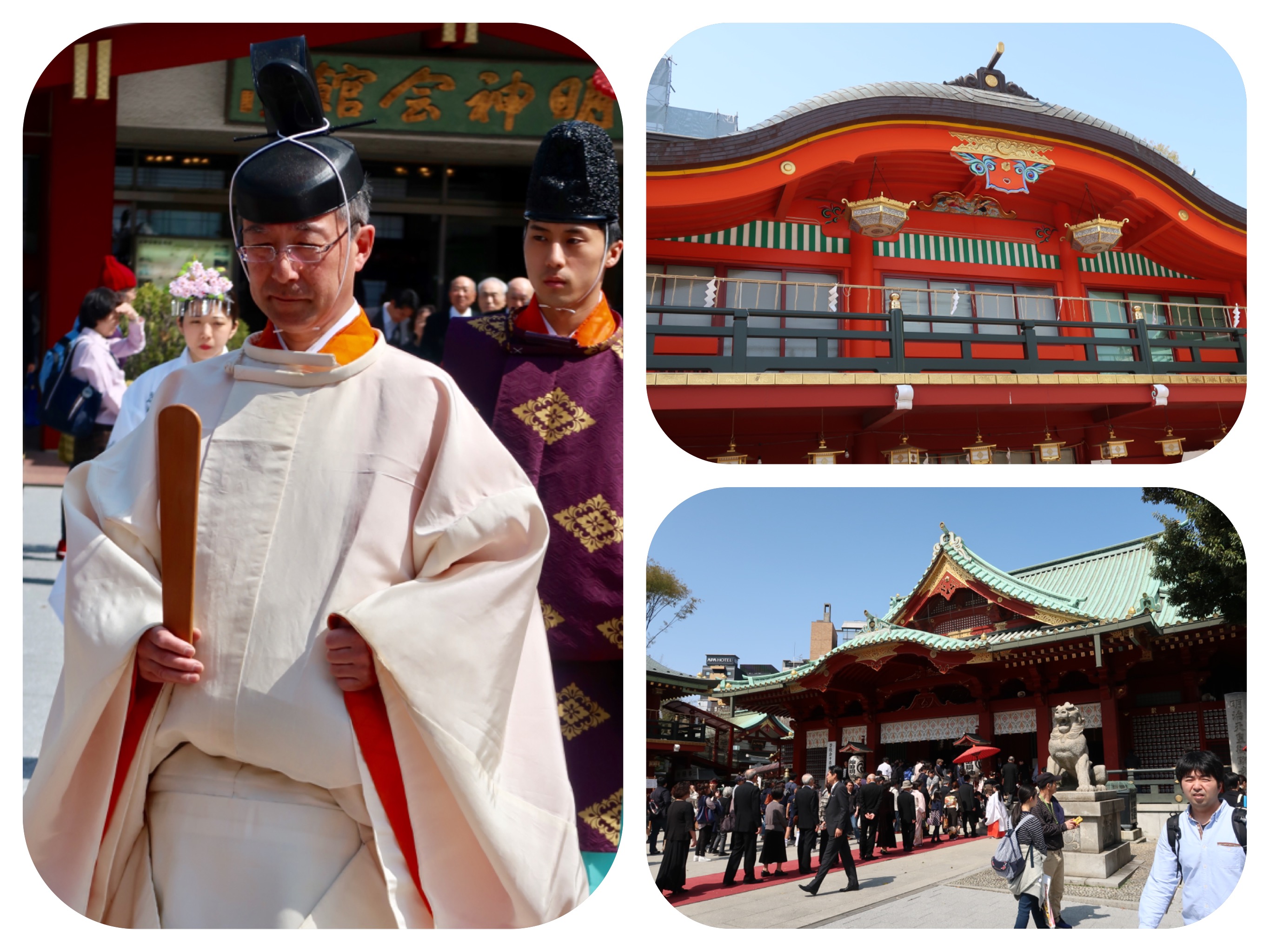 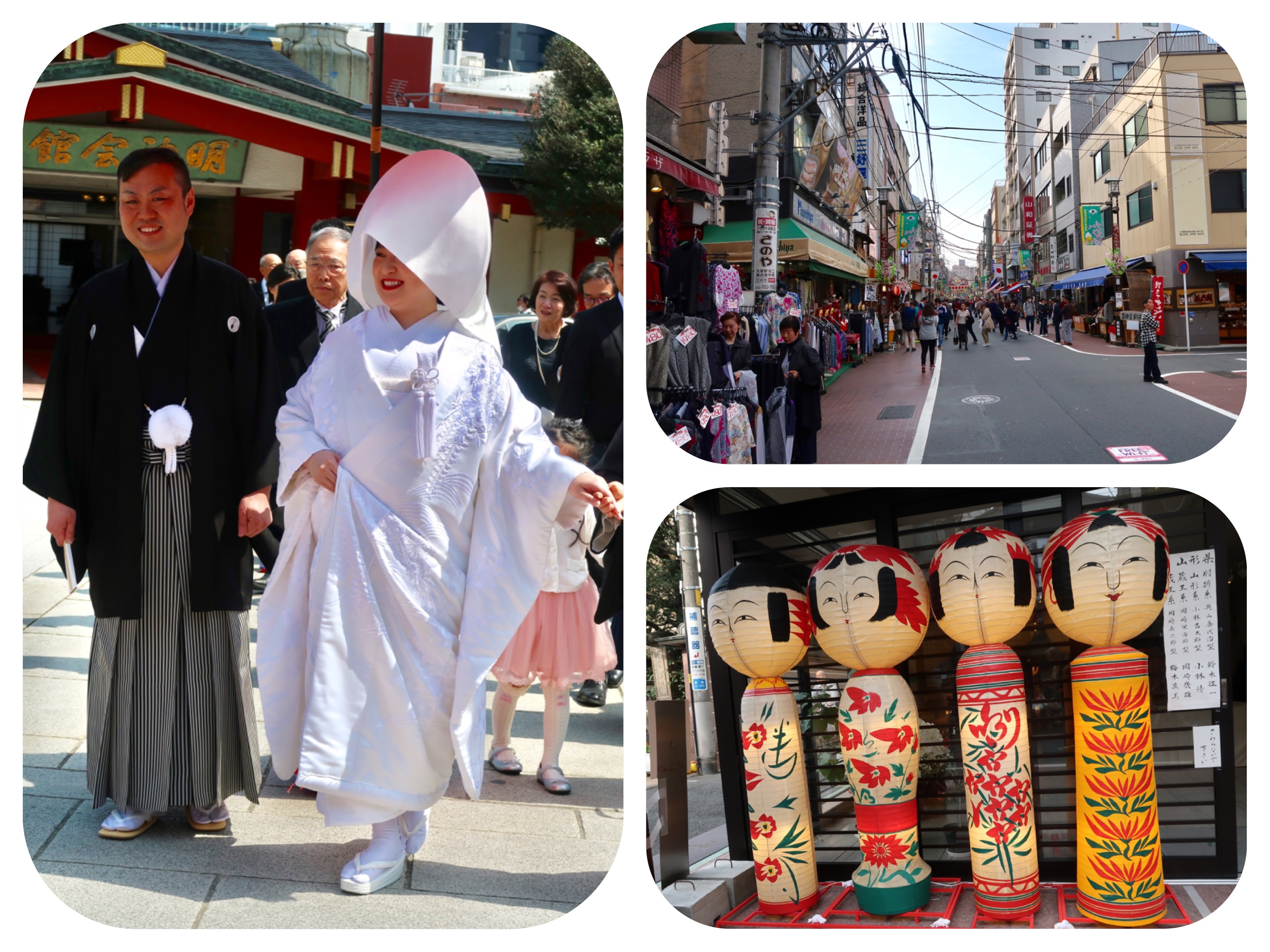 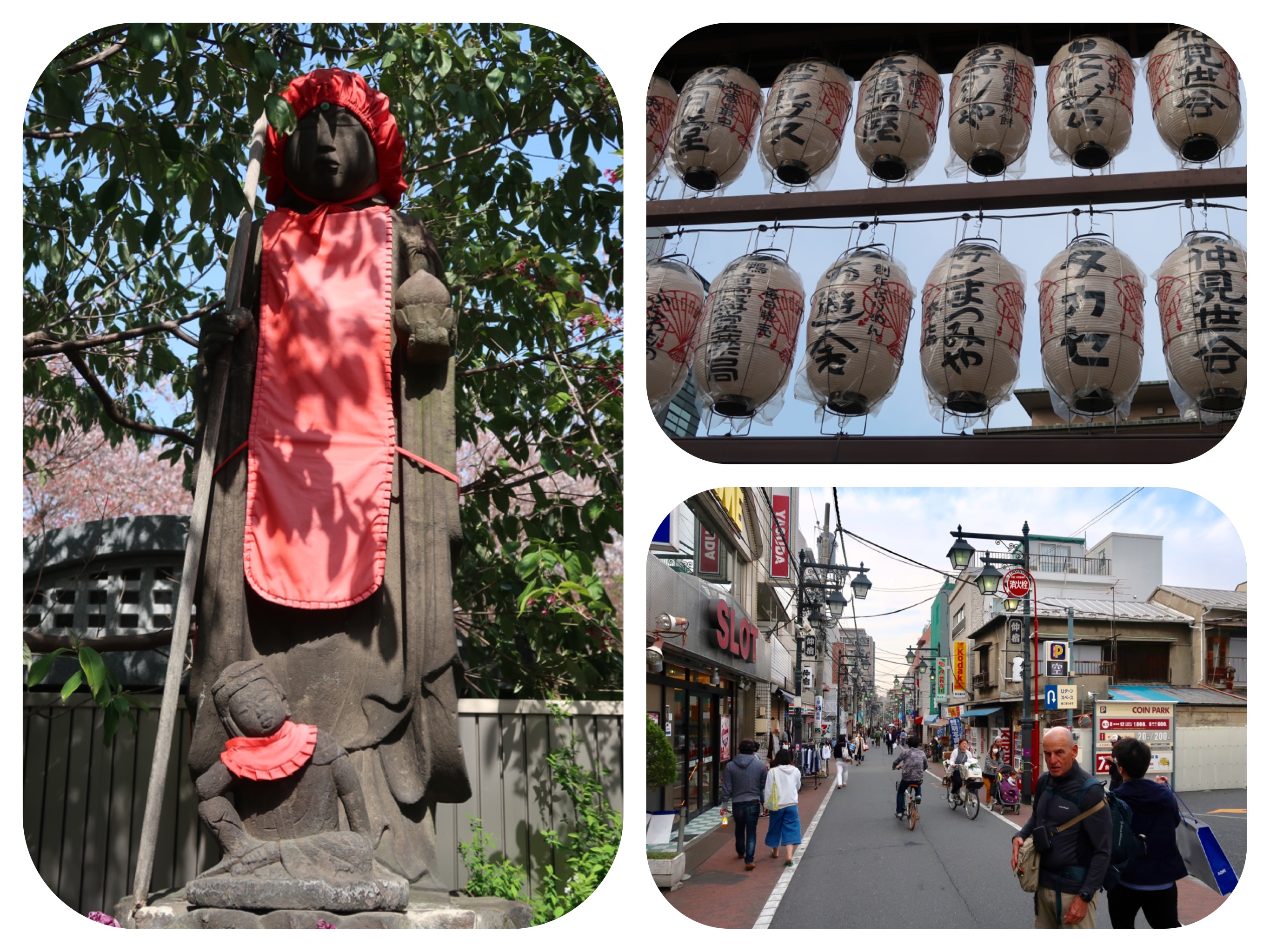 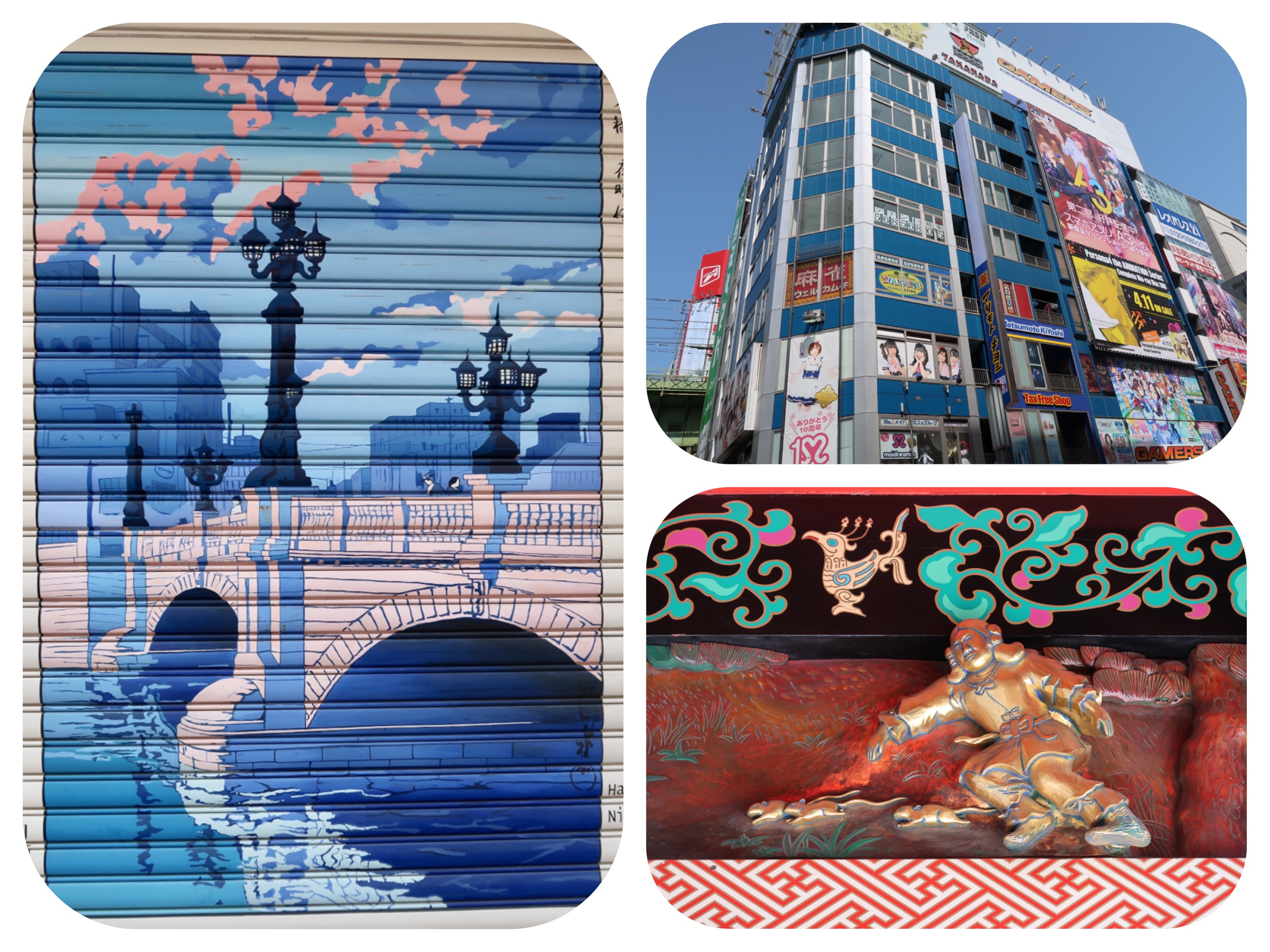 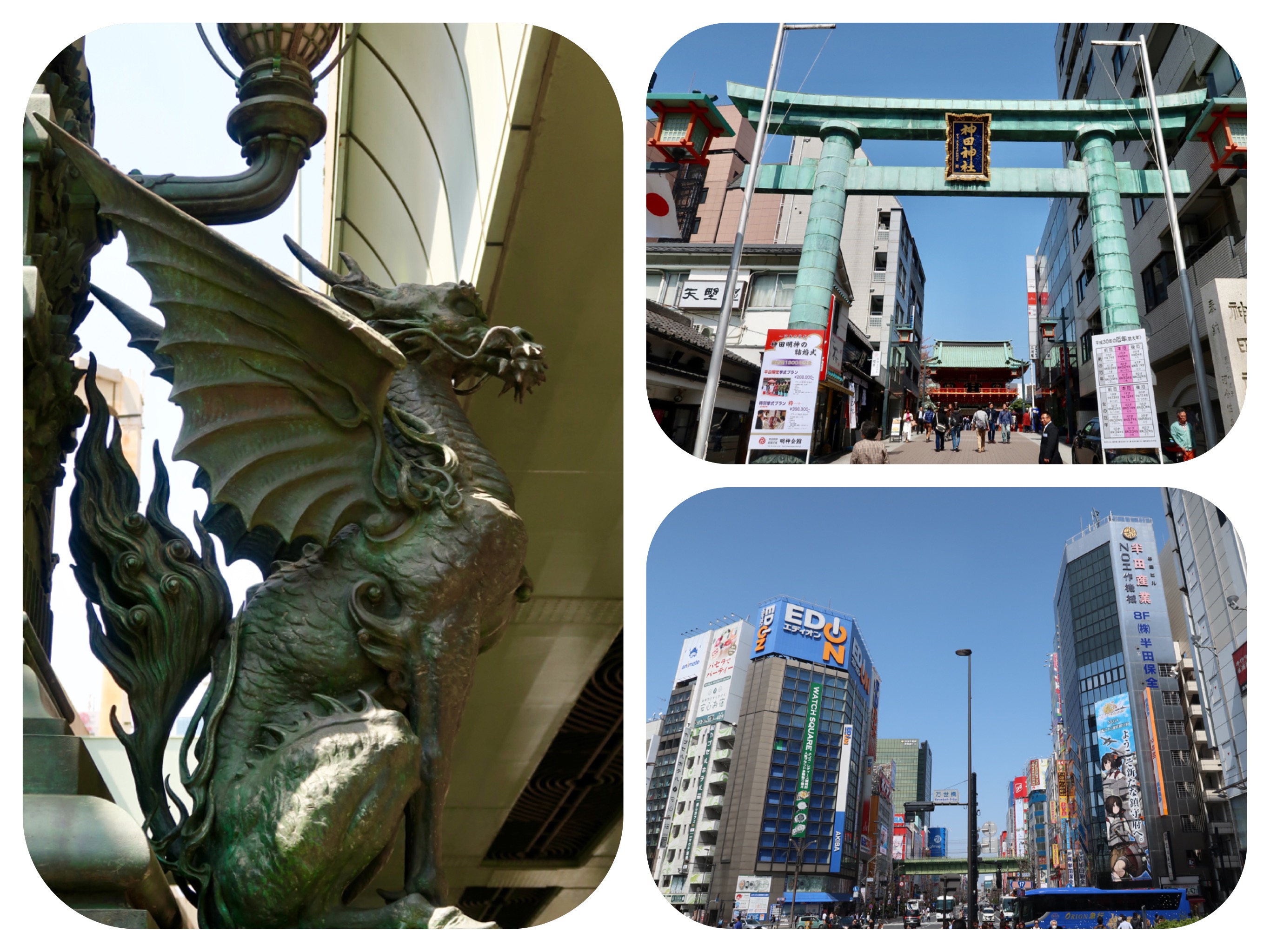 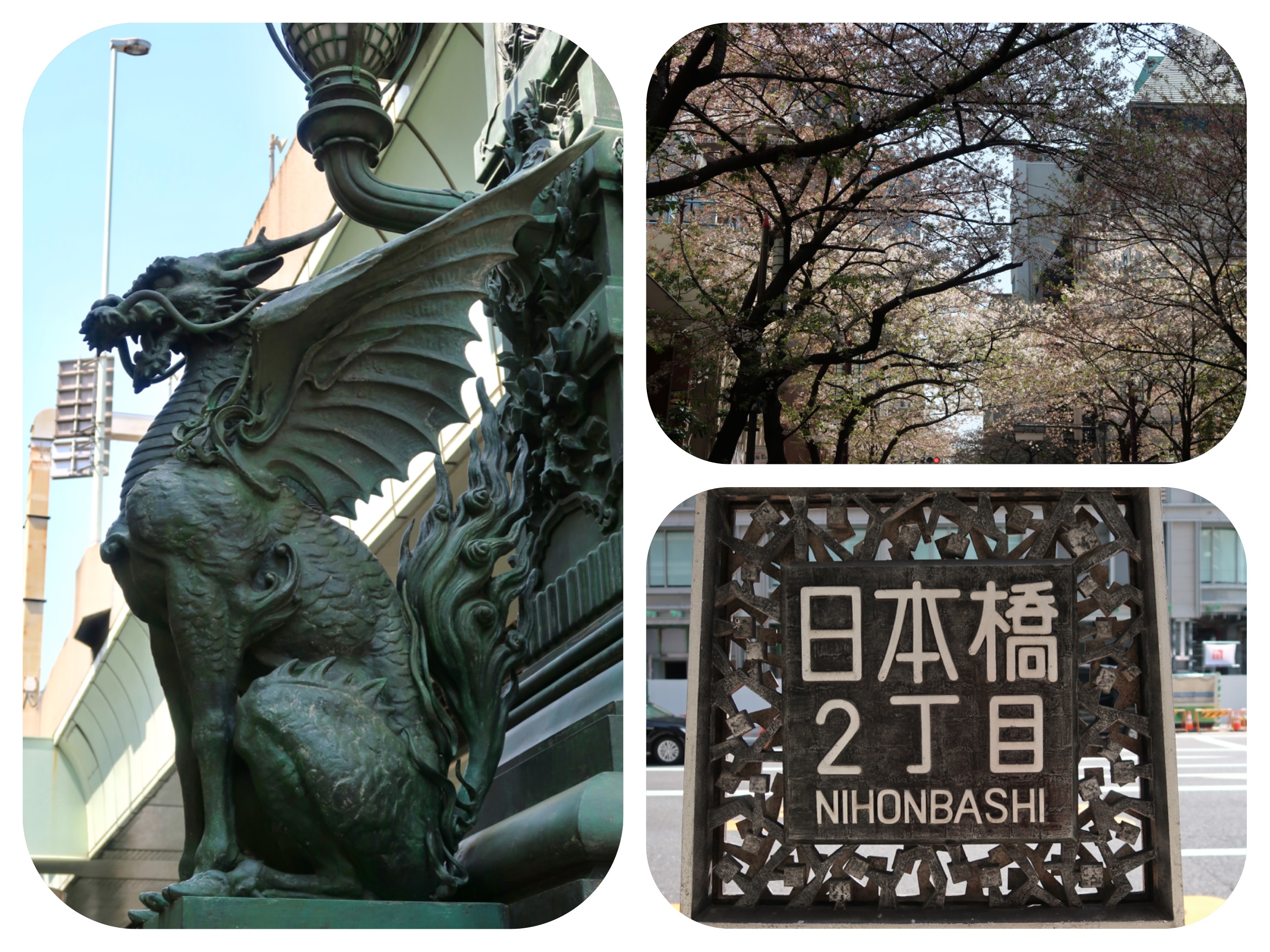 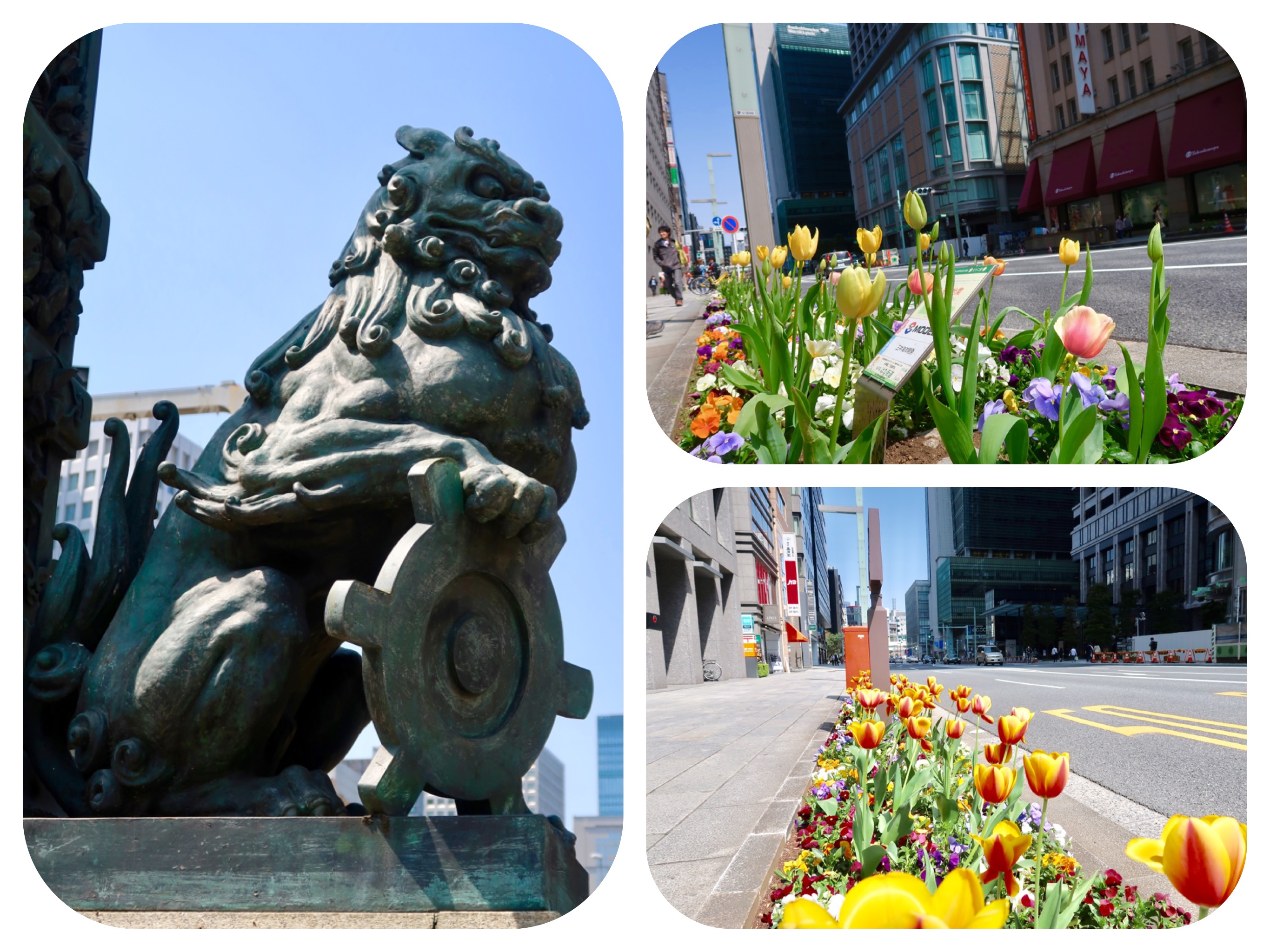 We took the morning Shinkansen (bullet train) from Kyoto to Tokyo.
It took the two of us only 2.5 hours and $280 to cover the distance in the speedy, comfortable Shinkansen.

On foot, it will take us over a month and thousands of dollars to return to Kyoto.
A part of my mind questions the logic of walking this pilgrimage….
But I truly believe that all pilgrimages have a spiritual component and higher benefits, even if the walkers are not aware of them at the beginning.

For me, I do not doubt that EVERYTHING I do is a step towards enlightenment.
I have no other motives.

I am looking to align my spiritual beliefs with my physical reality.
This means that if I believe that we are pure and powerful spiritual beings, endowed with godly powers, I cannot have a body that is weak, sick or helpless.
Powerful beings can walk for hundreds of miles, have strong bodies, strong spirits, strong, supportive minds and boundless mental health.

They do not cater to their fears, but try to transcend them and move beyond fear.
They are usually abundant unless they choose not to be, and they live deliberate, creative lives.

I wish to align all this with my physical reality.

At Tokyo Station, we stopped for a quick soy mocha coffee at Starbucks and then walked the short distance to Nihonbashi.

Because we had already walked that morning to Kyoto Station, we started our Nakasendo walk at the Nihonbashi bridge with 5 km already on our daily counter.

Nihonbashi bridge is the official starting point of the Nakasendo.
From here, though, there are no signposts like there were in ancient times.

If you plan to walk the Nakasendō, follow Route 17 out of Nihonbashi.
The only smartphone App that currently exists for the routing of the Nakasendo is in Japanese only, but it is a MUST since the modern road follows the old path only loosely.

The Nakasendo Highway was part of the Edo government’s project to build five paths crossing the main island of Japan in order to control the cultural heart of the country.
The 69 stations, which have now grown to become cities, were meant to service travelers with accommodations, food and supplies.

When I researched online the blogs of people who have walked it, I found that most of those people actually walked the scenic part of the Nakasendo that is also called the Kiso Road, in about ten days, a week or less.
Nearly nobody today walks the entire old route.

The Nakasendo highway is alive.
It changes every day.
The location of the old milestones have changed.
The places where the old road passed,
Are now themselves disappearing,
Replaced by hair salons, pet grooming parlors, and beauty supply mega-stores.

The post towns are Stations along the road that were established to cater for travelers and pilgrims alike, as well as for all levels of government officials.

There were inns and places to eat, and shops to replenish supplies in those stations.
Nowadays these stations are towns of various sizes, some heavily populated.

You can still see glimpses of the old houses, the store houses, the homes where the officials of the shogunate used to stay while on their travels.

Many tea houses were used as resting places, and some offered accommodations as well.
Very few of them still stand today.

Some poor pilgrims, who carried their own food to save money, stayed in very basic accommodations.

There were places along the highway where horses were tied, and luggage was rearranged and then carried on to the next lodging.

There were also resting places between inns that were more spread out.
It was believe that human legs could only walk about 18 Kilometers per day.

When the distance between lodgings was greater than 18 Kilometers or when the path was more difficult or if travelers had to cross over mountain passes, there were more resting places.

The measurement of distance along the Nakasendo was done in “Ichiri” (also named Ri).
One Ri is about 4.0 kilometers.
But of course the road winds and curves, and a traveler today ended up walking much longer than the official Ri numbers.

A traveler today has to cross over busy roads by climbing stairs and pedestrians bridges or enter places like restaurants and museums, so the daily walk is longer than the Ri markers.

It was a great clear day with a bright sun when we started our walk from Nihonbashi Bridge.

On the edge of Akihabara, Tokyo’s electronic neighborhood with its bright neon lights, we visited the Kanda Myōjin shrine.

Amazingly enough, people often come to this shrine to pray for the longevity of their electronic devices.
Since every one of my cameras does not last long, I secretly joined everyone by praying that our newly bought cameras which we bought just a few days ago, will last the journey.

It was a Sunday and a lovely wedding ceremony was taking place.
Inside the shrine, we tasted homemade Amazake, a hot non alcoholic drink that is made from fermented Koji (sweet brown rice).
The mold used to ferment the Koji has been cultivated in underground tunnels near the shrine for hundreds of years.

The Sakura trees were blooming in red and deep pink colors at a Buddhist temple we passed along the way.

The fallen Sakura leaves looked like confetti or sparkles of snow dust as they gather on the sidewalks.

We walked along the main streets of many small towns.
Some of these main streets were barricaded for street festivals, with vendors selling food and shops having sidewalk sales.

We stopped for lunch at a conveyer belt sushi restaurant.
Only in Japan can you get superbly tasting fresh cut nigiri sushi for one dollar a plate.

We walked much longer than we should have on our first day.
We had promised ourselves to walk about 20 Kilometers per day, but we ended up waddling into the post town of Warabi, after having walked that day nearly 30 Kilometers.
Both of us got small blisters on our right feet.

In Warabi, we ate dinner at a small Neapolitan Italian restaurant.
It was a popular neighborhood restaurant, and the only seating they had available was outdoors.
But we had no more strength to walk to look for other dining options, and the dishes I saw looked very good.
As they say, beggars can’t be choosers…
We put on the blankets they provided and ate a green salad, a margarita pizza and tomato and basil pasta.

Here is a little about the post town of Warabi:

Warabi was originally built up as a castle town during the Muromachi period for the Shibukawa clan.
In the Edo period, Warabi-shuku became a post town on the Nakasendō from 1612.

The Arakawa River, which we crossed after nightfall, is a wide river that
used to be the outer line of defense for Tokyo or Edo. The Tokugawa shogunate forbade the erection of any bridges on it, as a defensive measure.

The post town of Warabi was known for its aggressive “Meshimori Onna.”
The Meshimori Onna (or Meshiuri Onna), means literally “Meal-Serving Women.”

The Japanese term was used for the women who were hired by the keepers of inns at the Shukuba, (post stations) along Kaidō routes in Japan during the Edo era.

They were originally maidservants hired by the inns, but as traffic along the Kaidō grew, the competition between the inns increased, and the women often engaged in prostitution to attract customers to the inn.

Many inns hired prostitutes in order to attract larger numbers of travelers.
In 1718, the Tokugawa shogunate issued a new law limiting the number of Meshimori Onna to two per inn.

These were not soft spoken Geishas, but a bit rough in demeanor prostitutes who doubled as maids.
The new law actually gave the inns permission to employ a limited number of prostitutes legally.

Not many old inns line the Nakasendo today.
This section of the road has business hotels at every train station, which
offer a laundry machine, a hot breakfast and a clean bed.

We chose a hotel in Urawa-Ku and took the train there.
Tomorrow we shall return to the Nakasendo and start walking from Warabi, where we ended our first day.

← Preparations for walking the Nakasendo in Japan
Day 2 – Walking The Nakasendo, Japan →