Mostar, In Bosnia and Herzegovina 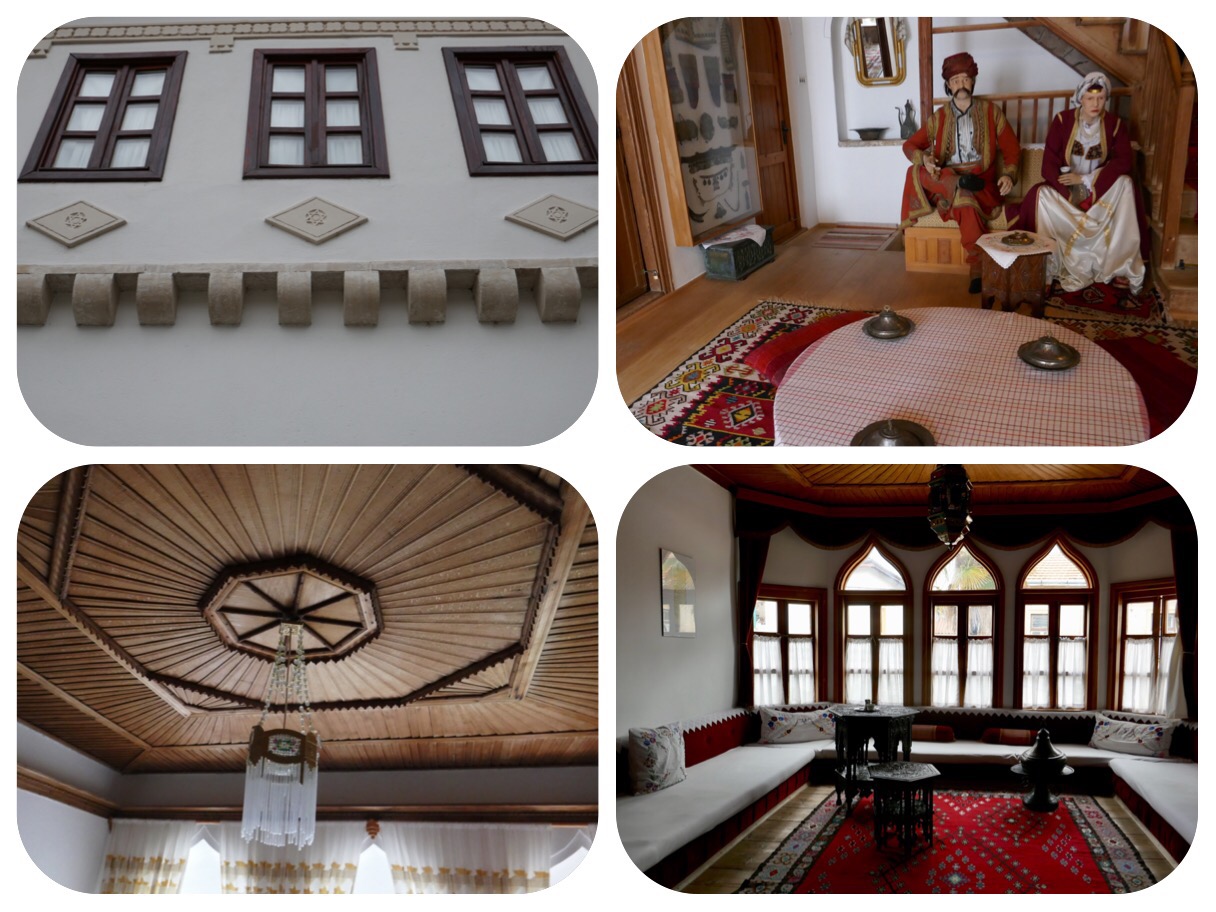 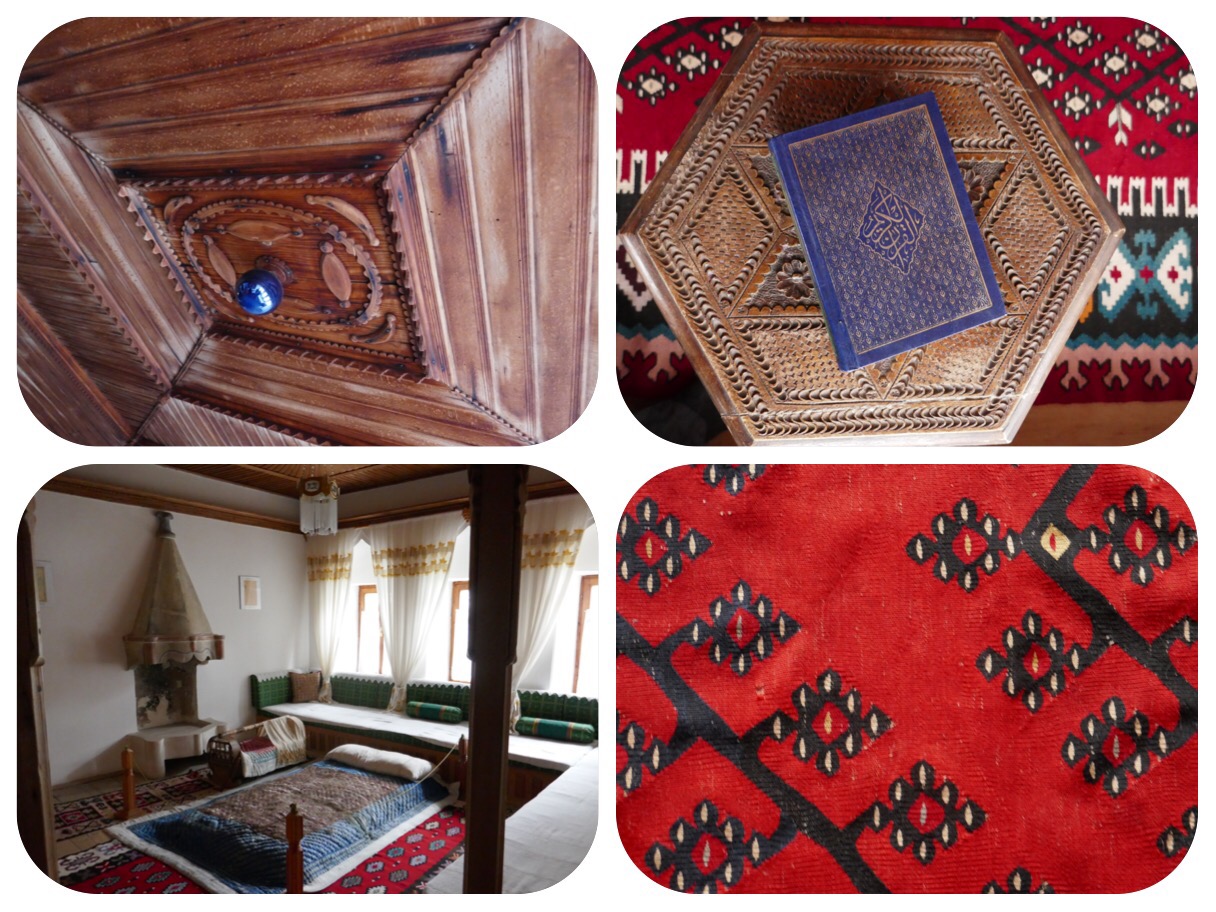 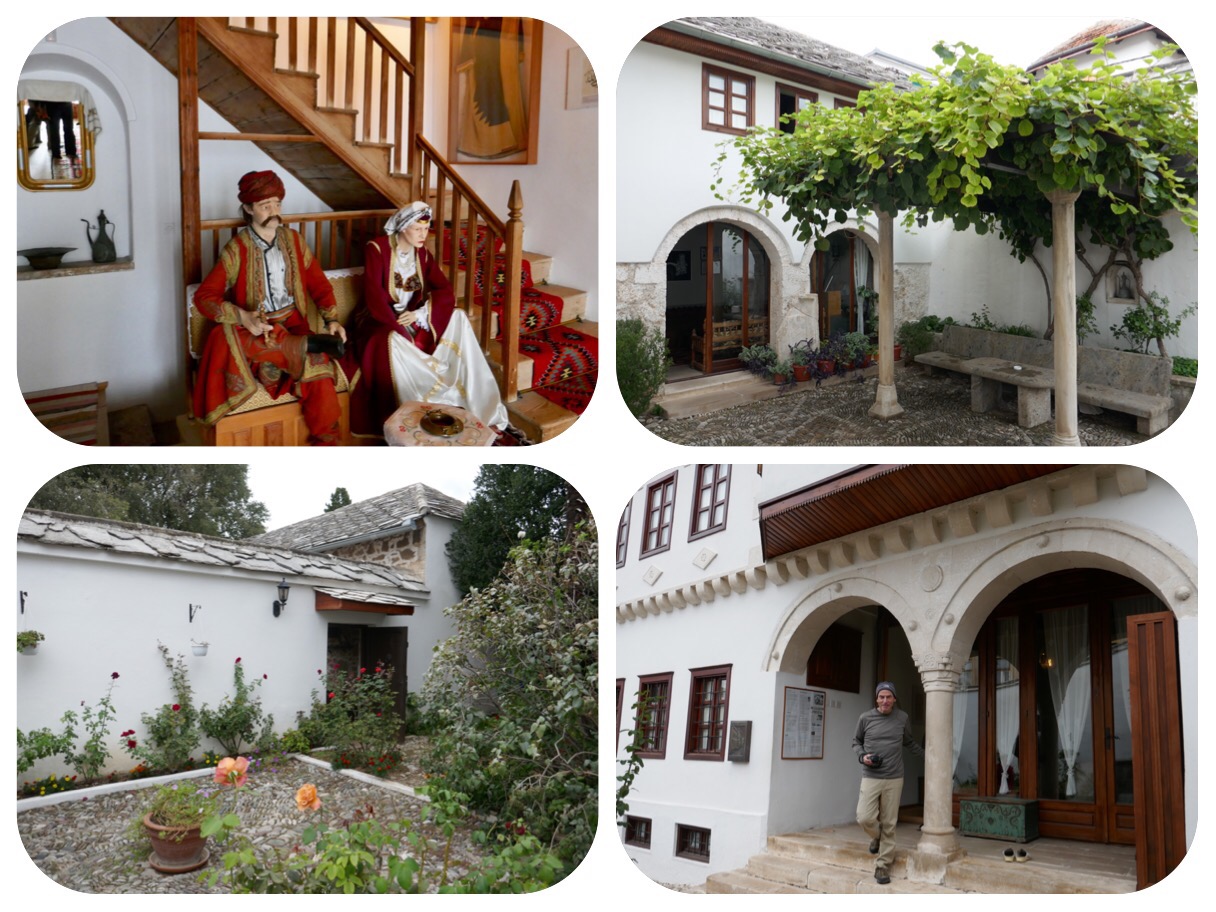 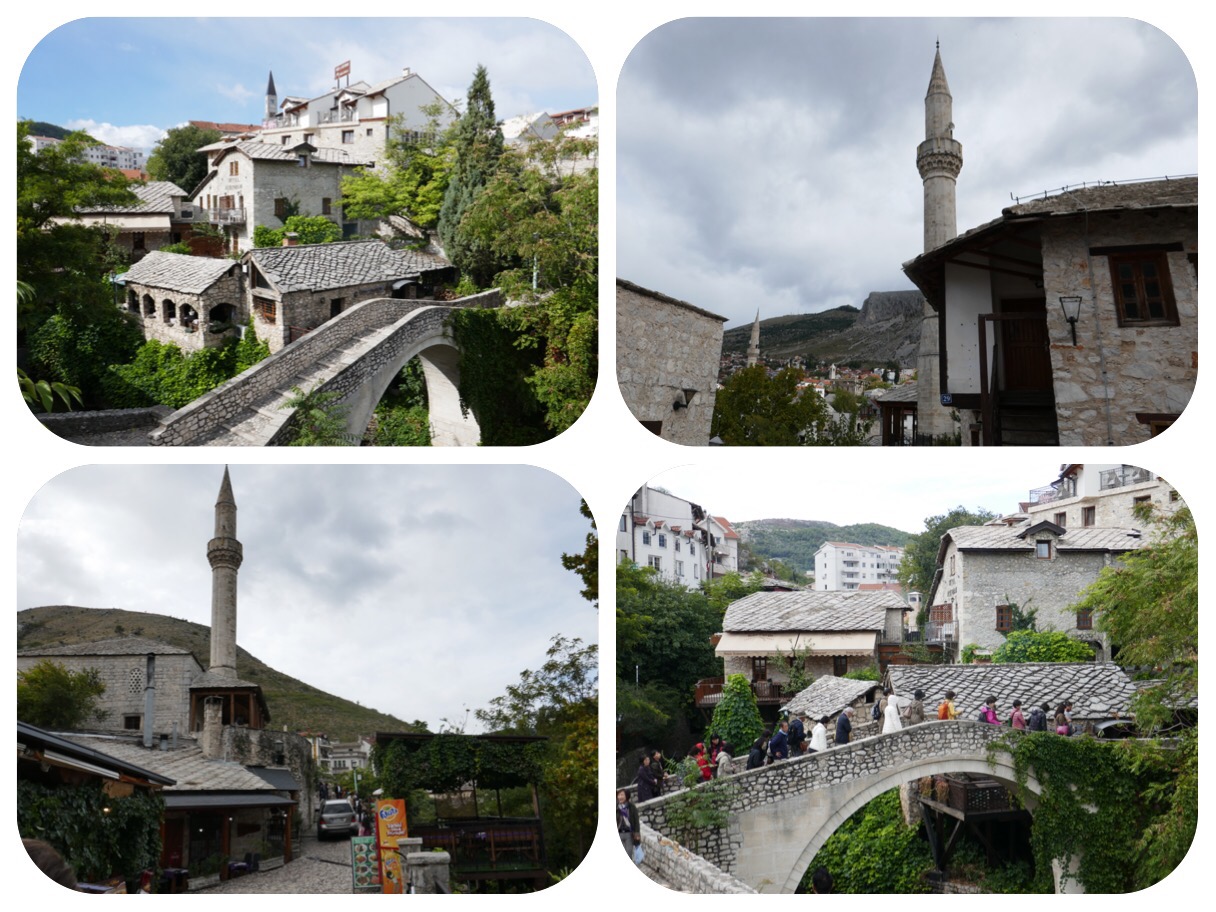 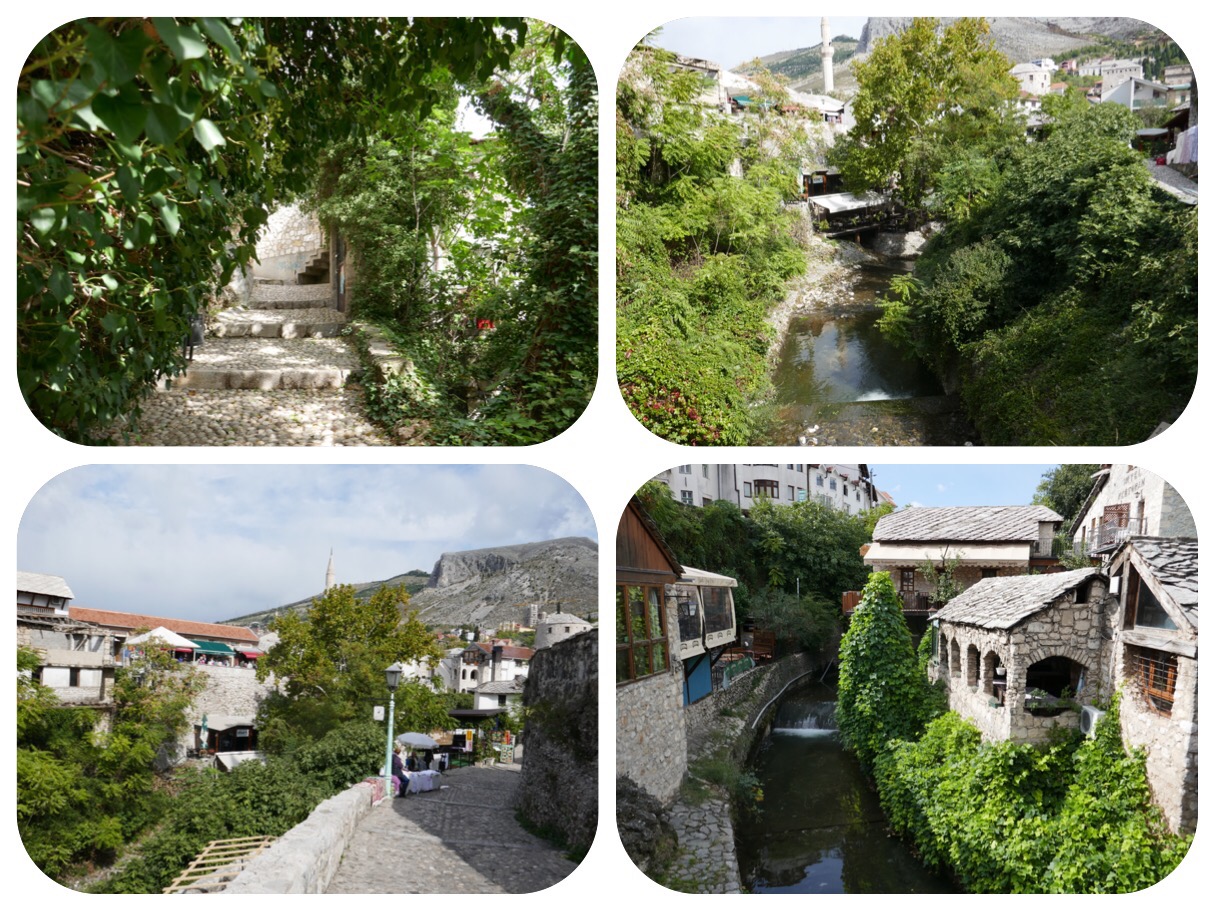 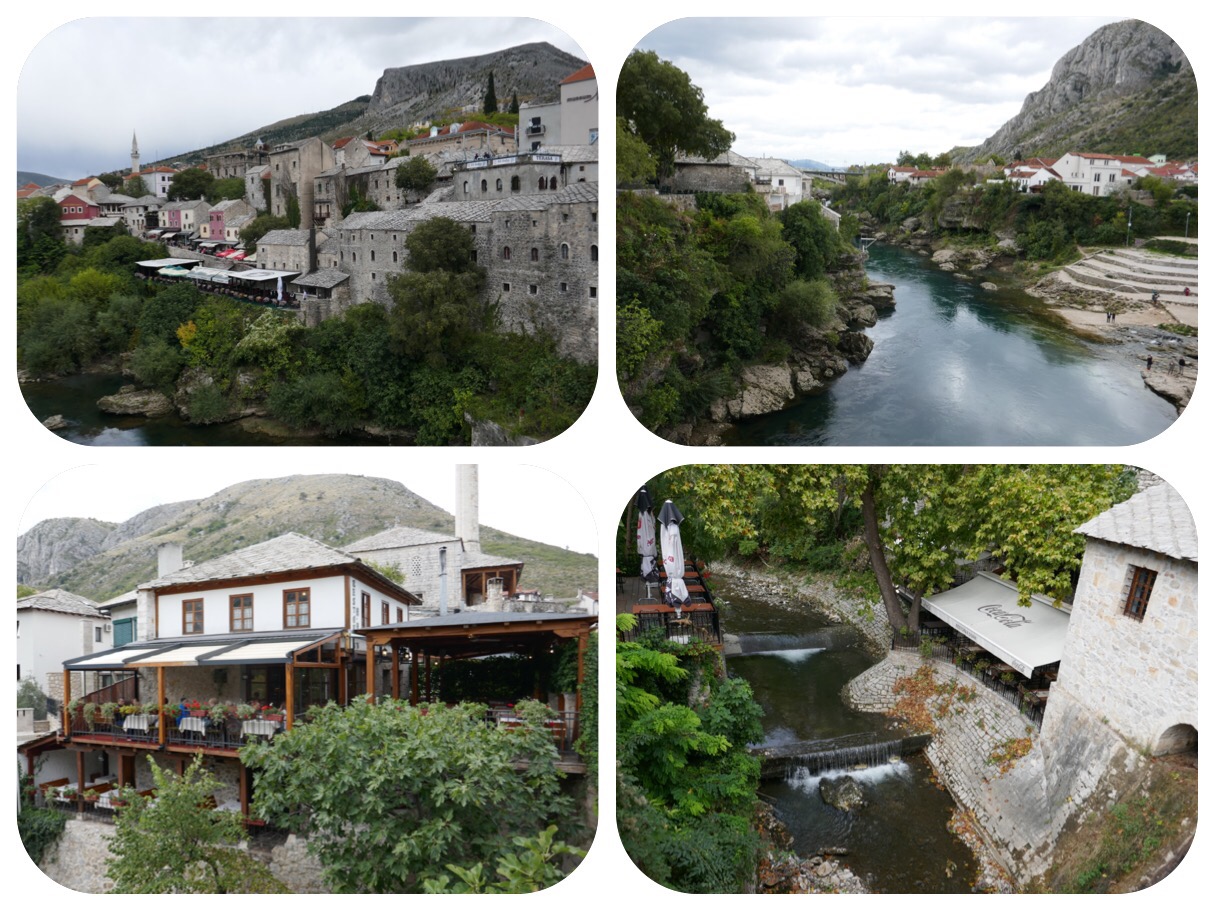 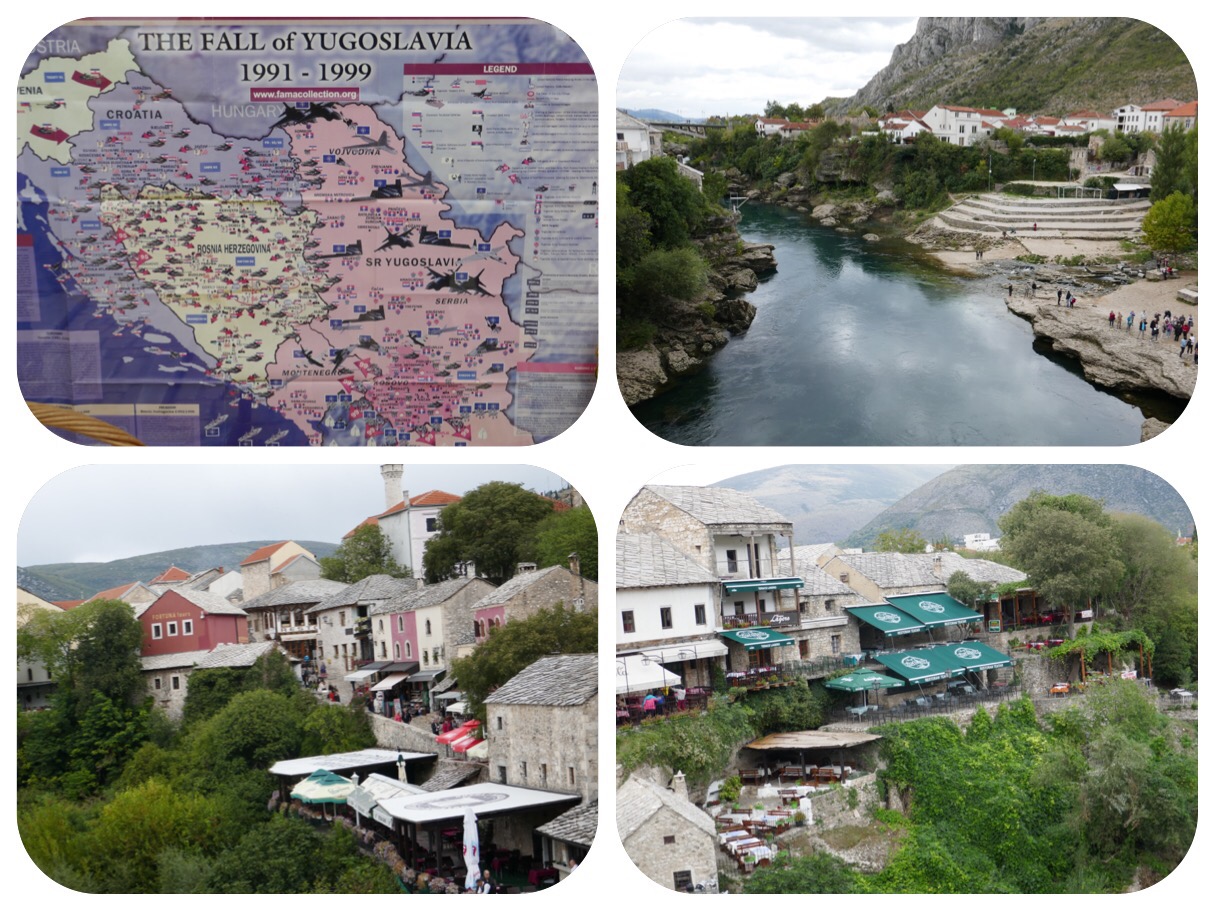 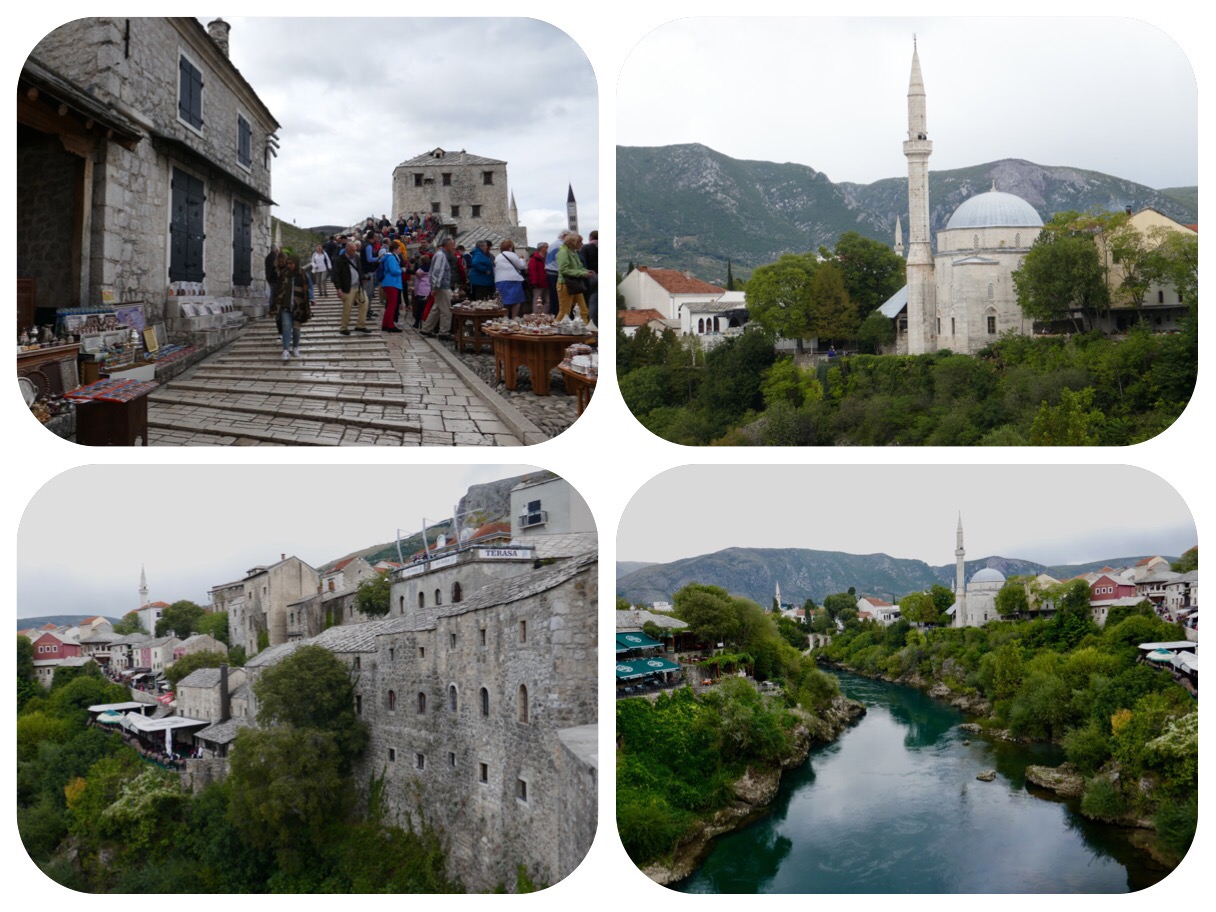 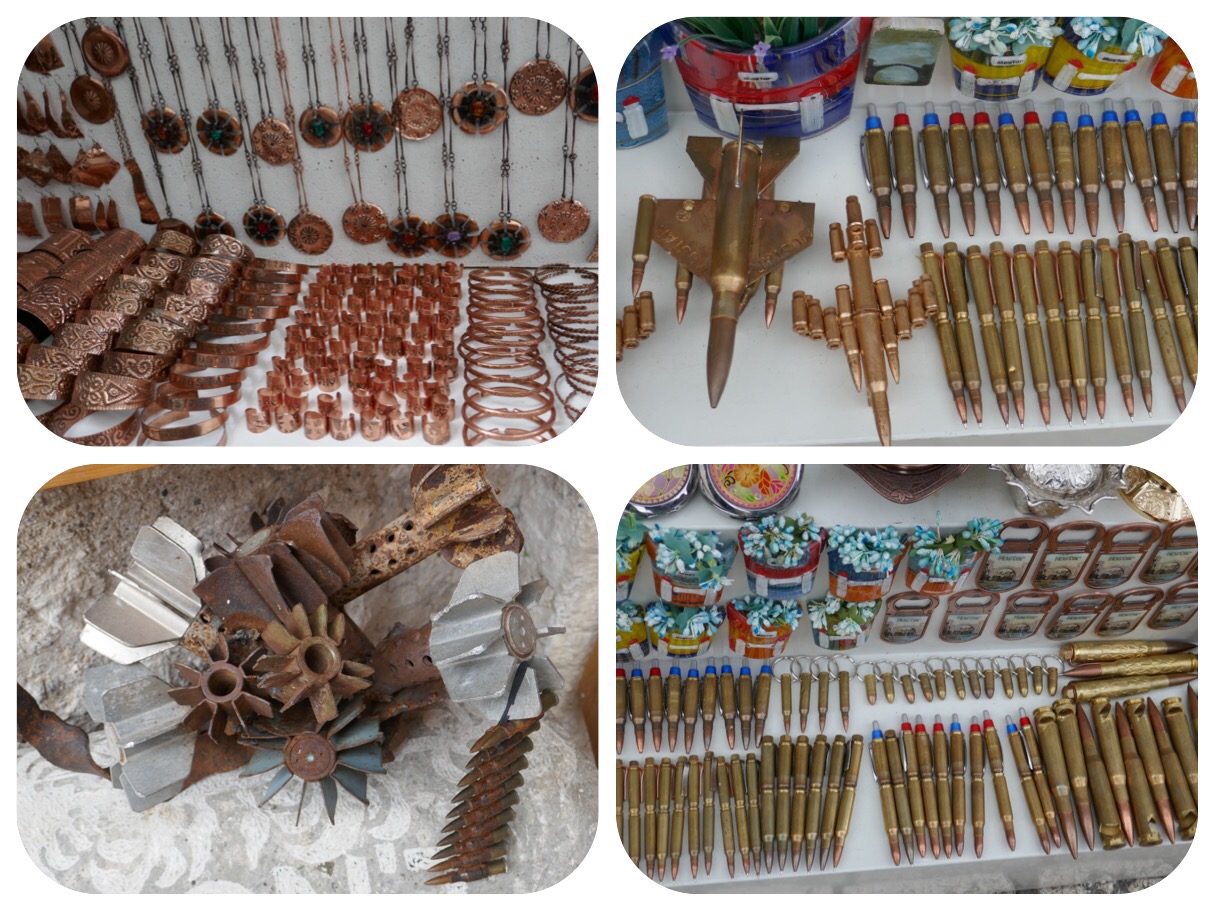 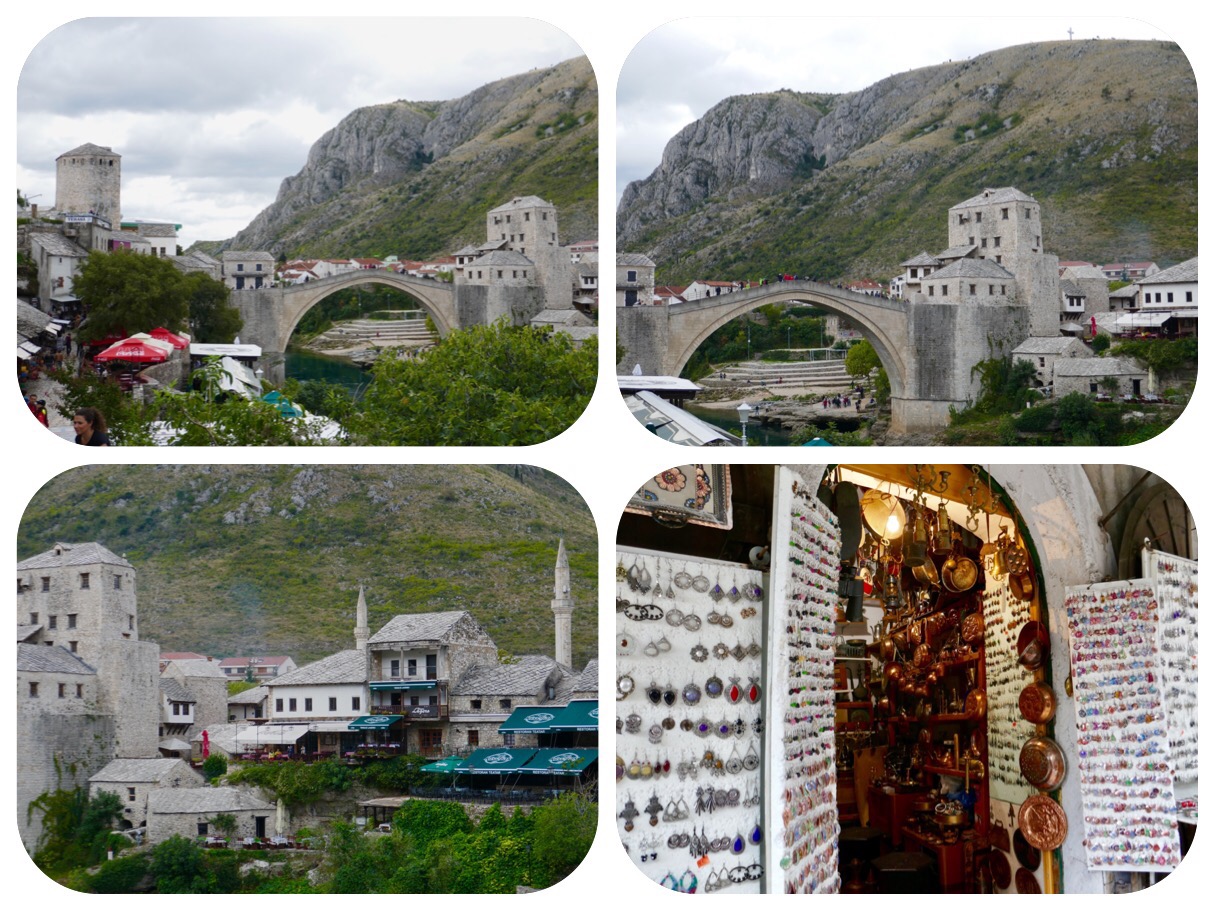 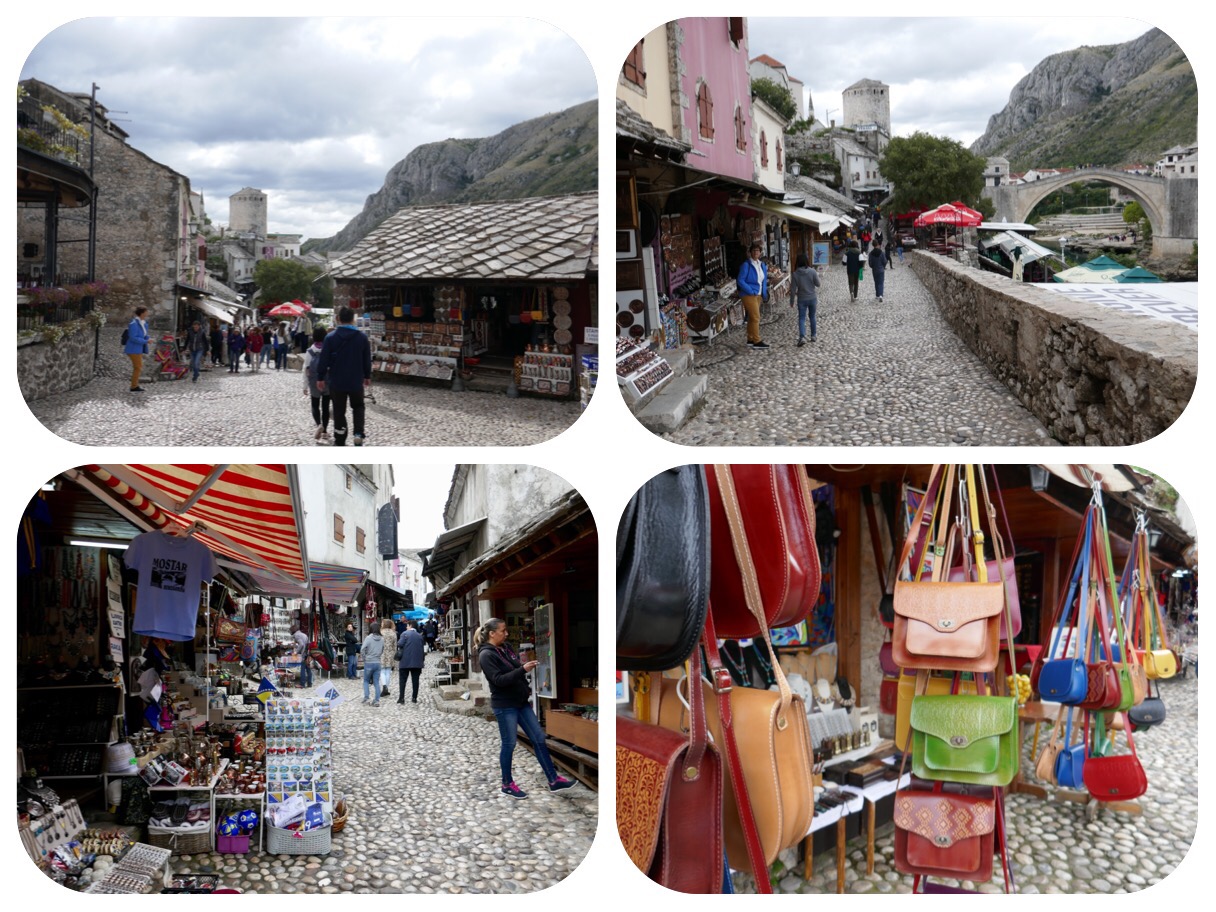 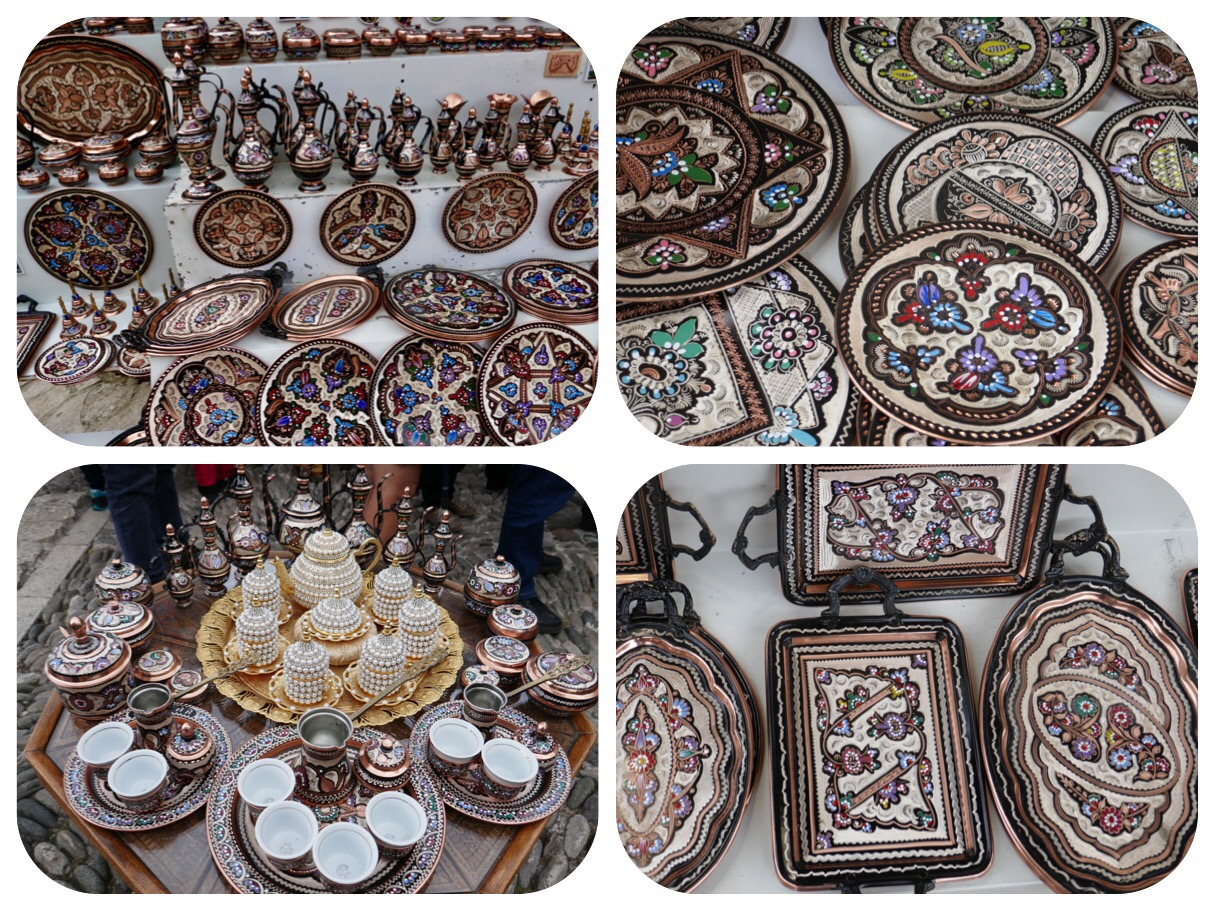 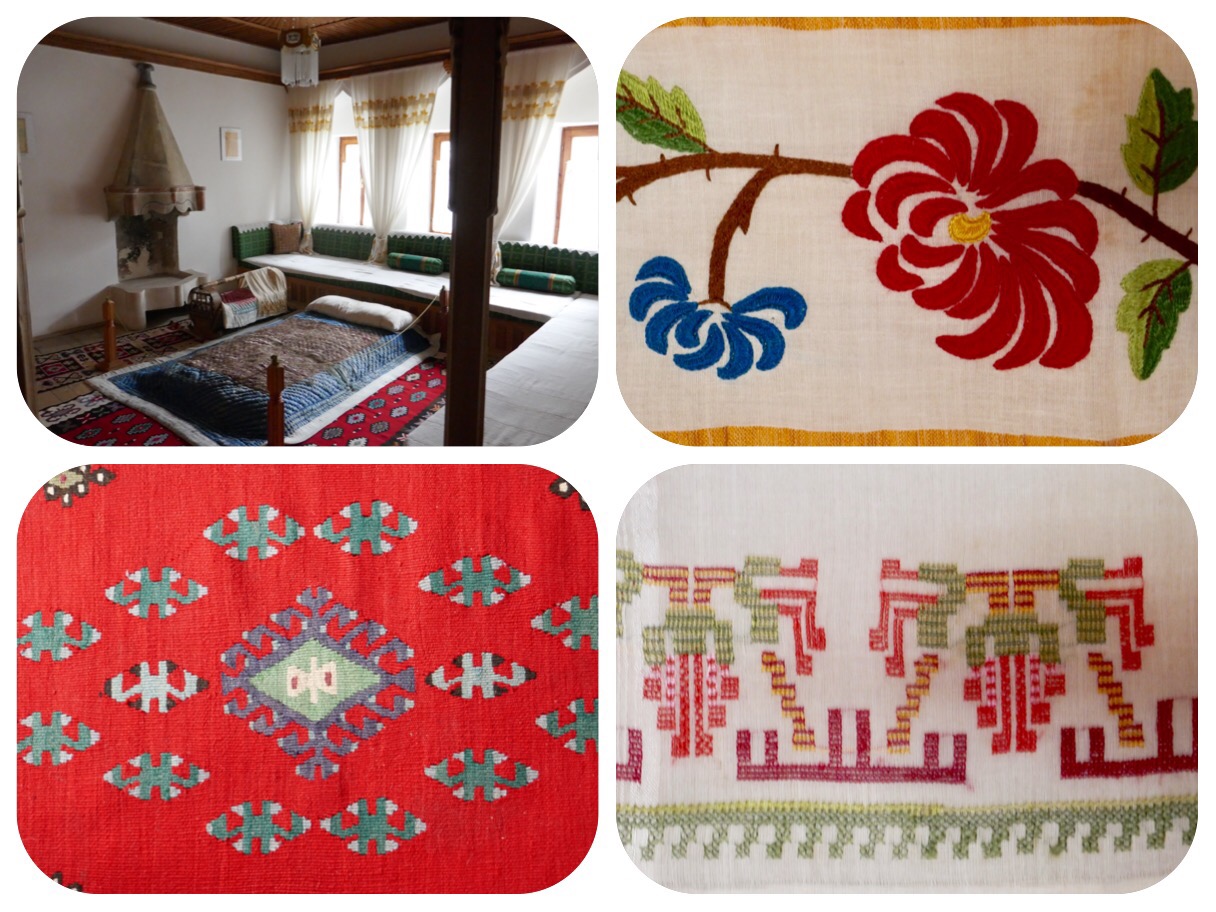 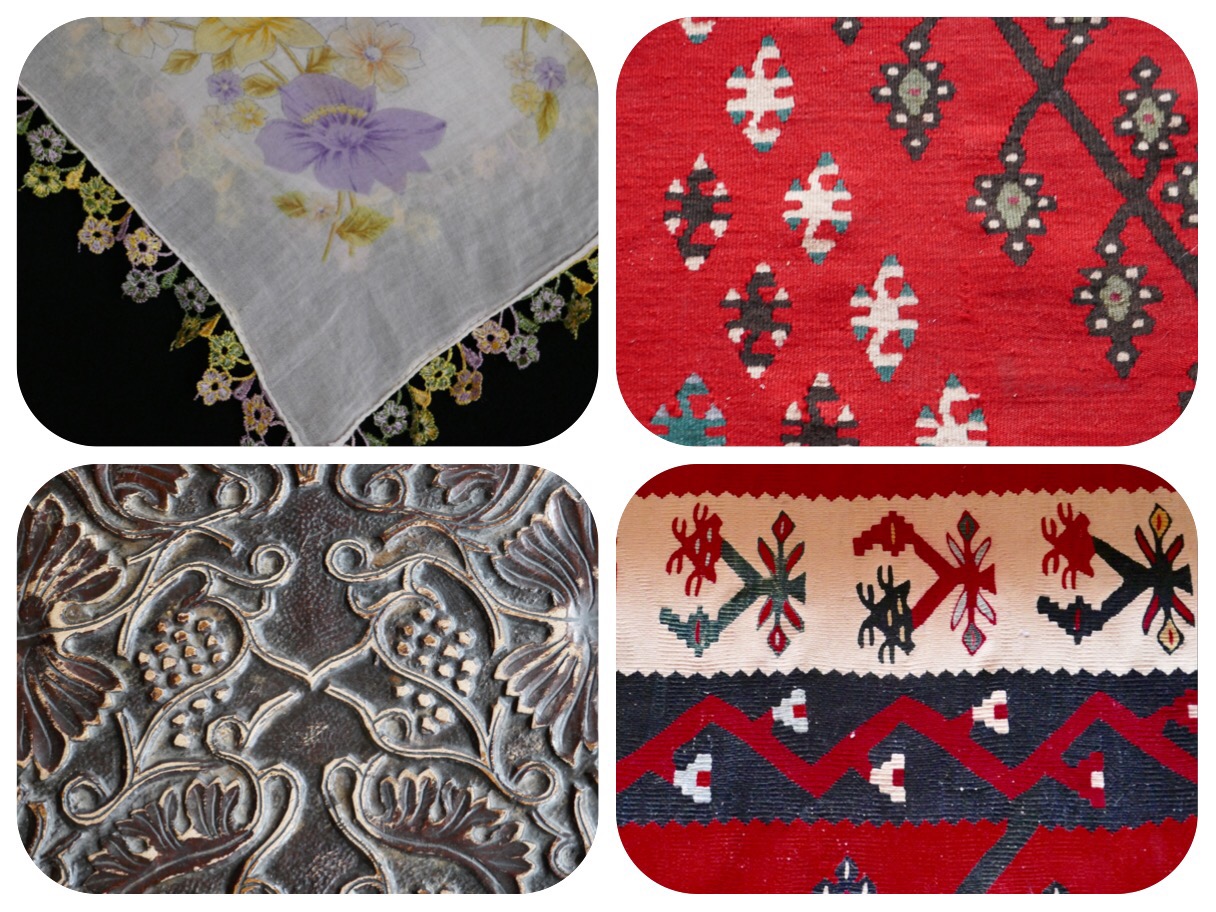 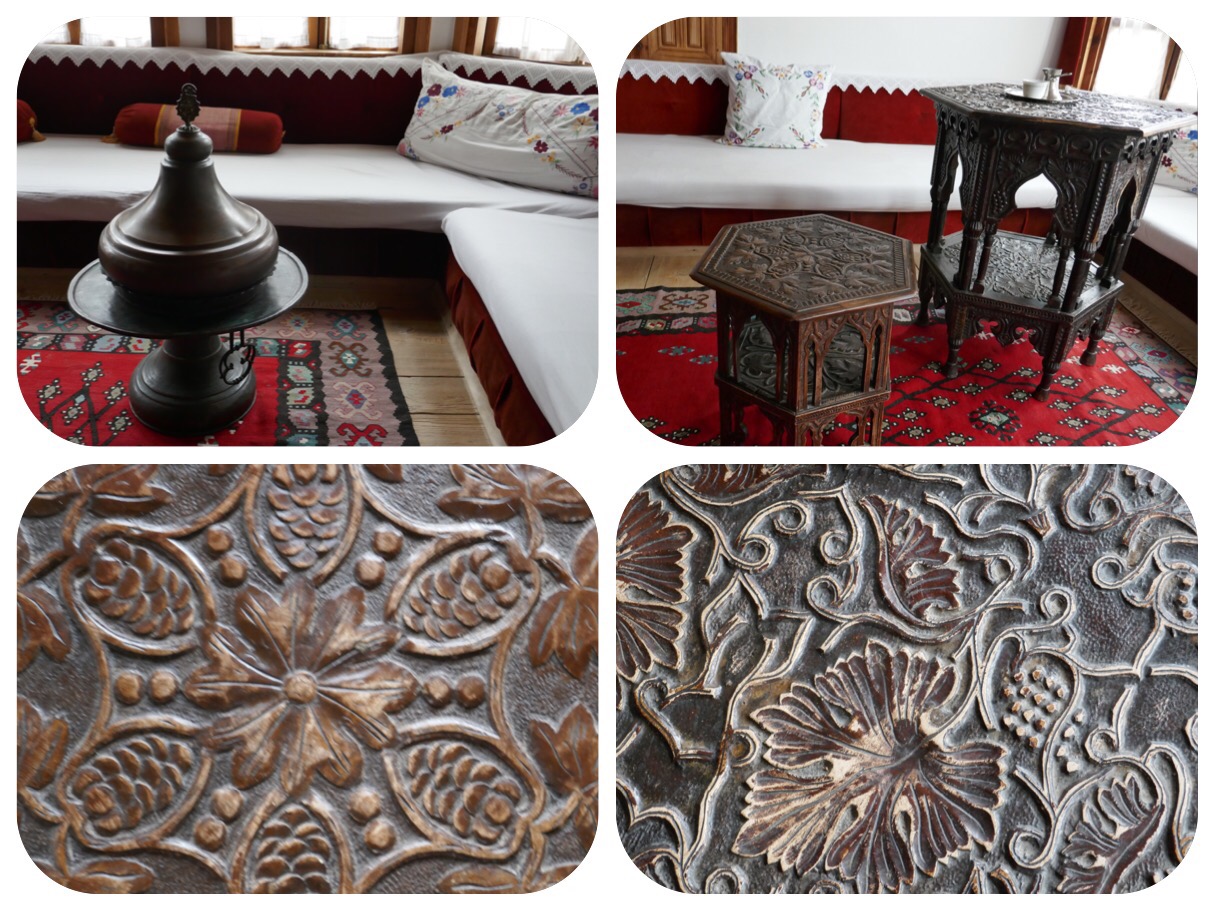 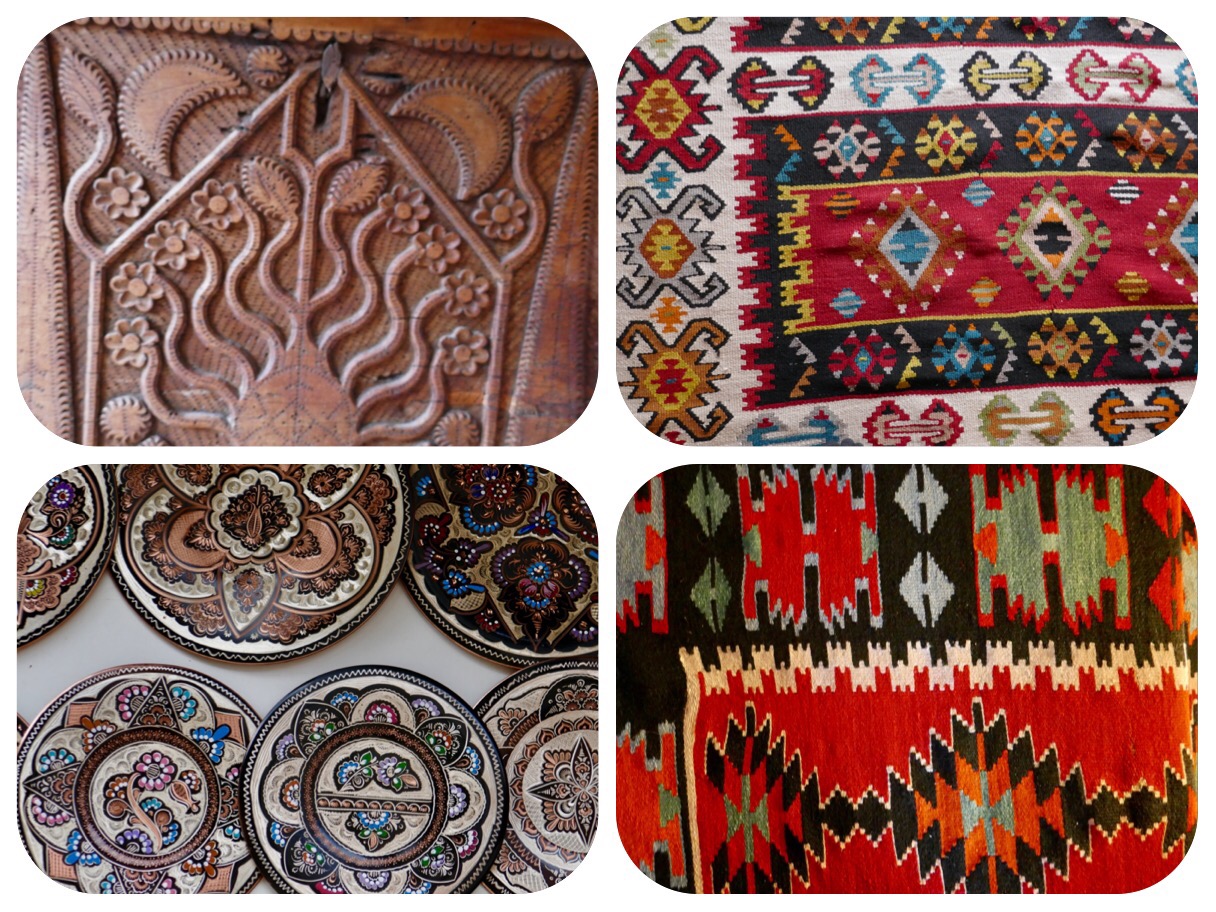 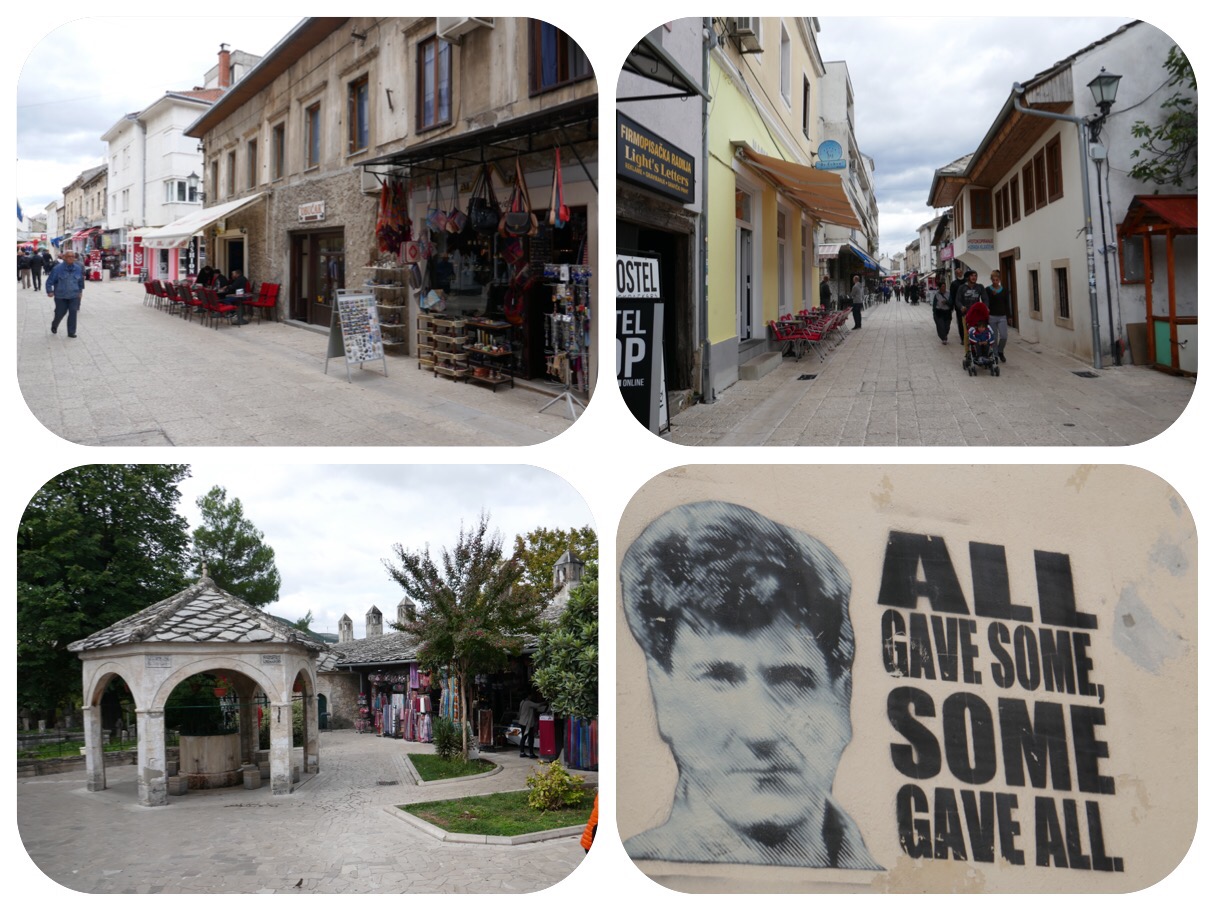 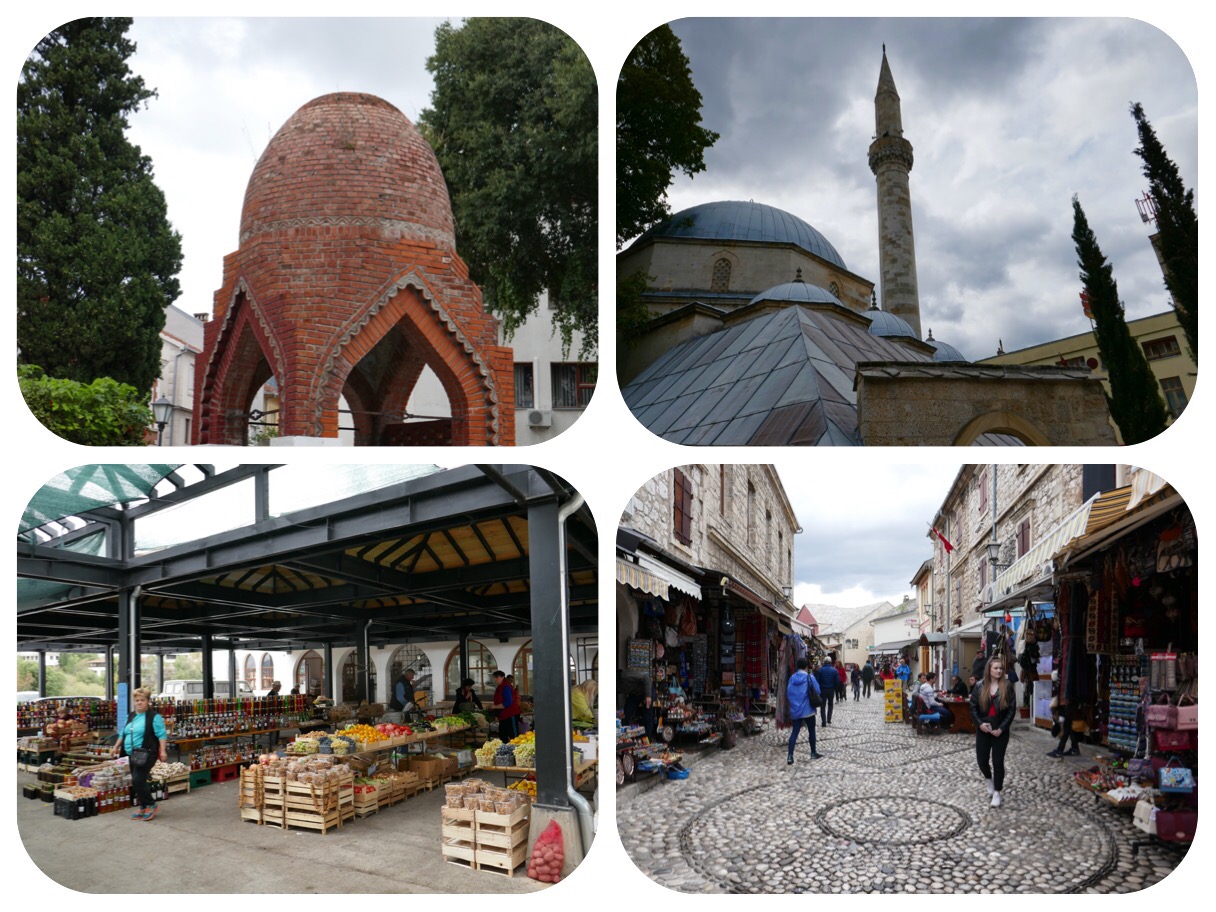 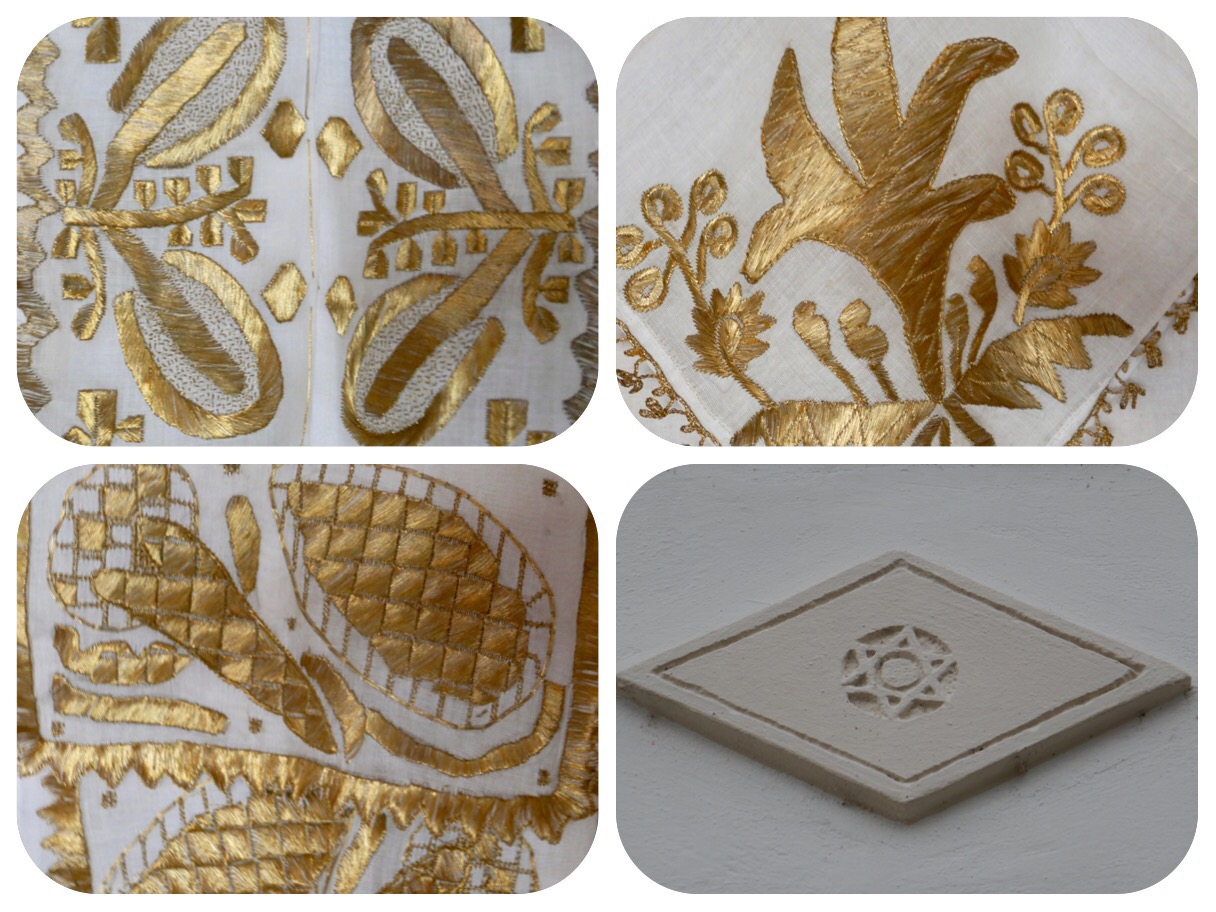 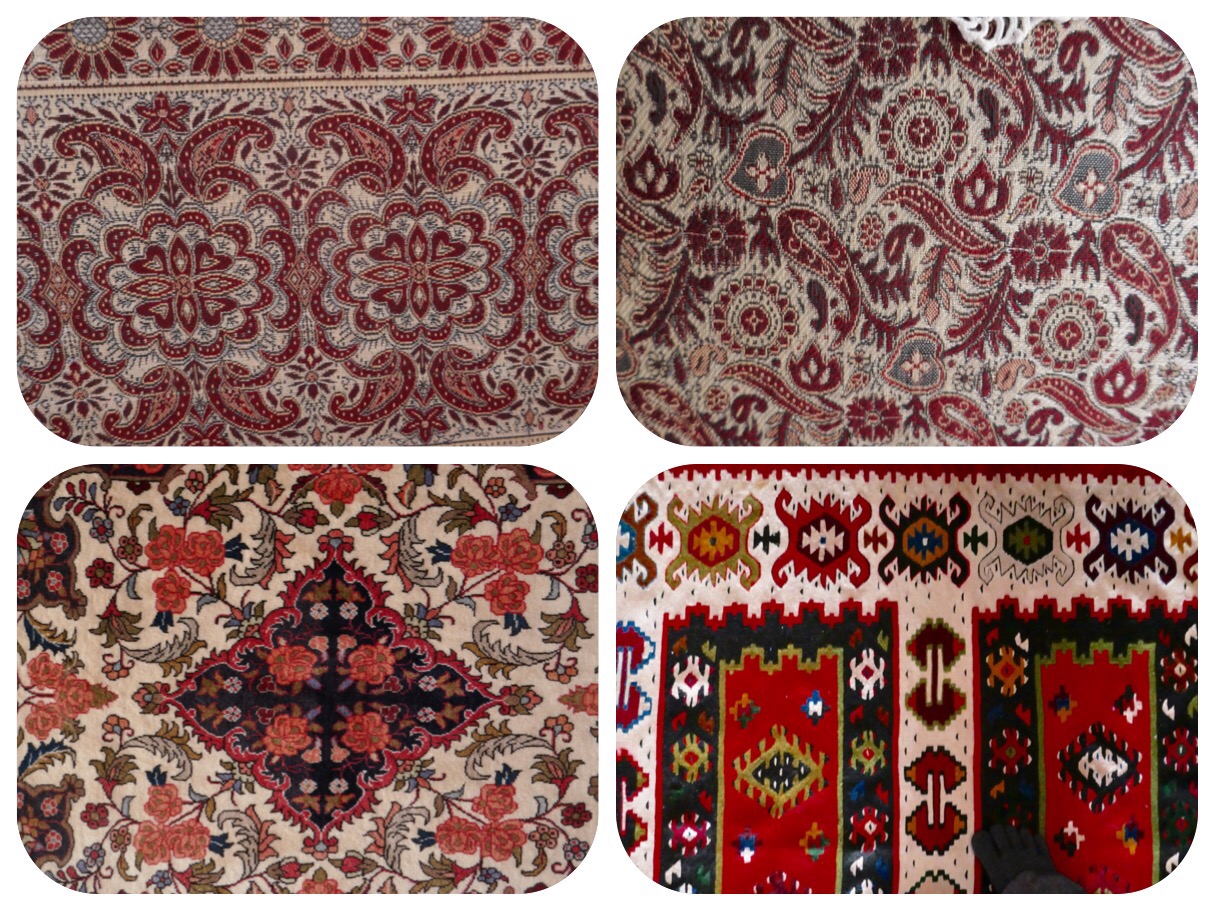 Mostar, in Bosnia and Herzegovina

From Montenegro, we drove north east to the border with Bosnia and Herzegovina.
We had a few options of how to drive up, and we chose a straight line through the center of the country towards the city of Mostar.

The road from Montenegro to Mostar was a bit old, and the tar seal was missing in places, but we drove it with no problem.
We drove in and out of rain storms, and by the time we arrived in Mostar, our car was covered in dust.

We arrived in Mostar tired and a bit disoriented.
The rain there was intense, and it was very cold.
The wind was blowing umbrellas and chairs, and our navigation system had no roads and no addresses in Mostar.

Google maps had roads that did not exist, and it was directing us to roads that were one way the wrong way.
Apple maps were even worse than Google.

We decided to park near the city center, try to get a new local SIM card for our phone and call the hotel for instructions how to get there.
Neither our Montenegrin nor our Croatian SIM cards work in Bosnia.

Despite the pouring rain and strong winds, we managed to find a legal parking space, and made our way to the BH mobile office.
They fitted us with excellent SIM cards (15 GB of high speed internet and calls) and we went over to the bank to get some KM (Convertible Marks) – the local Bosnian currency.

The rain and the wind quickly broke two of our umbrellas and I was shivering and very cold, when we finally made our way to our hotel.

The friendly receptionist ushered us in, gave us welcome drinks and showed us around and allowed us to choose our room.

We were staying in the Muslibegovic House, which is one of the city’s well-known museums and a tourist attraction.
It is an old Ottoman Era house that has now been converted into a small, twelve room hotel and a museum.

Our room had a distinct Turkish design, a canopy bed and a wooden ceiling in geometric designs that is very characteristic of the Islamic tradition.

It was a lovely place and I am sure I would have enjoyed it more, if I were not quickly developing a cold, and I was achy, feverish and wet from the cold rain as well.

Our shoes and socks were soaking wet and it made no sense to change them, even if we had brought more shoes, because the stone streets had become a river of flowing water, and everyone on the street was soaked to the bones.

Holding an umbrella was useless, as the wind tore it to shreds in moments.
Still, we walked to the old town to eat something and then quickly made our way back to the car and moved it to the hotel’s parking lot.

We had to drive over three bridges in a one way circular route to the hotel, and there was no way we could have found the way without their instructions.

We unloaded our backpacks into our rooms, looked gloomily at the tiny shower with a heater that can barely heat enough water for an infant, and collapsed into a fitful sleep.

That night both Jules and I had sad dreams.
Jules dreamt of an intruder in our room and he woke me up as he talked to this imaginary intruder in his sleep.

I had a mixture of sad dreams.
I dreamt our house was flooded with water, but most of the night, I dreamt of war.

Perhaps all those bombed-out shells of buildings that I saw as we entered the city, brought back the images that I remember seeing on TV from the Bosnia war.
It was a long and deadly war that lasted from 1992-1995.

The next day the rain had stopped.
It was a chilly day and I was very achy, but we bundled up and went out to explore the city.

There is one tip that I learned during our pilgrimage in Japan.
If you remember this and if you try it, you will thank me.
When your shoes are soaking wet at the end of the day and you need to wear them the next day, fill them with newspapers.

Yes, stuff as much dry newspaper crumpled into balls as you can fit into each shoe and put them in your room.
The next day you will have dry shoes.

So with our heavy coats, dry shoes and new socks, we walked around the old town of Mostar.
It is not a big town, but it is very beautiful with the newly reconstructed stone bridge and narrow Main Street.

The old town is a tourists’ town.
The locals do not come here often, preferring the newer section of town, where there are small parks, cafes and a mall with a Zara and a Desigual stores and a busy McDonald’s.

The tourists roam the stone street of the old town, where the vendors sell intricately designed housewares, mediocre Bosnian food and souvenirs made from bullet shells.

Still, Mostar’s old town is beautiful and it is definitely worth a visit.
It is surrounded by many high mountains and a wide river runs through it.

The old bridge was bombed during the war and destroyed, but it has been rebuilt and the local kids still jump from it to the freezing water below.
Even in the summer, it is never more than 7 degrees Celsius in the river.

But to focus on the ravages of the recent war is to do this ancient city a big disservice.
Human settlements on this river have existed since prehistoric times.
Evidence of Roman occupation was discovered beneath the present town, and the occupation by the Ottoman Empire in the 1400’s, greatly influenced the architecture.
As you walk the city, you will see the beautiful Islamic influences in the mosques and in the houses around town.

That night we took short showers in the tiny bathroom and dried up with the towels we were given, which made me marvel at how they got the towels to feel as hard as if they were sandpaper.

Even in the years that Jules foolishly refused to use fabric softener in our laundry, our towels never got this hard.

Jules, who finds the humorous side to most things, told me to look at it as if we got a SPA dermabrasion and exfoliation treatment included in our room rate.

Feverish and achy, I looked at him sideways as I drifted off to sleep.

The next day I had had enough of feeling sick and being uncomfortable.
I was willing to pay for the third night that we had pre booked, but not to actually stay there.
I was ready to move on.

The management was super friendly and refused to take payment for the day we canceled.
I did not mention being uncomfortable, but simply said we had had a change of plans.
We had booked a great hotel in Sarajevo and along the way, we decided to take a detour and to visit a major Catholic pilgrimage site in Bosnia.

Until next time, sending you love and light and hoping you stay dry,
Tali

← Returning to Kotor Via Cetinje, Montenegro
Medugorje – A Major Pilgrimage Site in Bosnia →