A short clip of a boatman listening to ABBA in Zadar:

A short clip of the sound of the Sea Organ in Zadar:

A short clip of sunny Zadar: 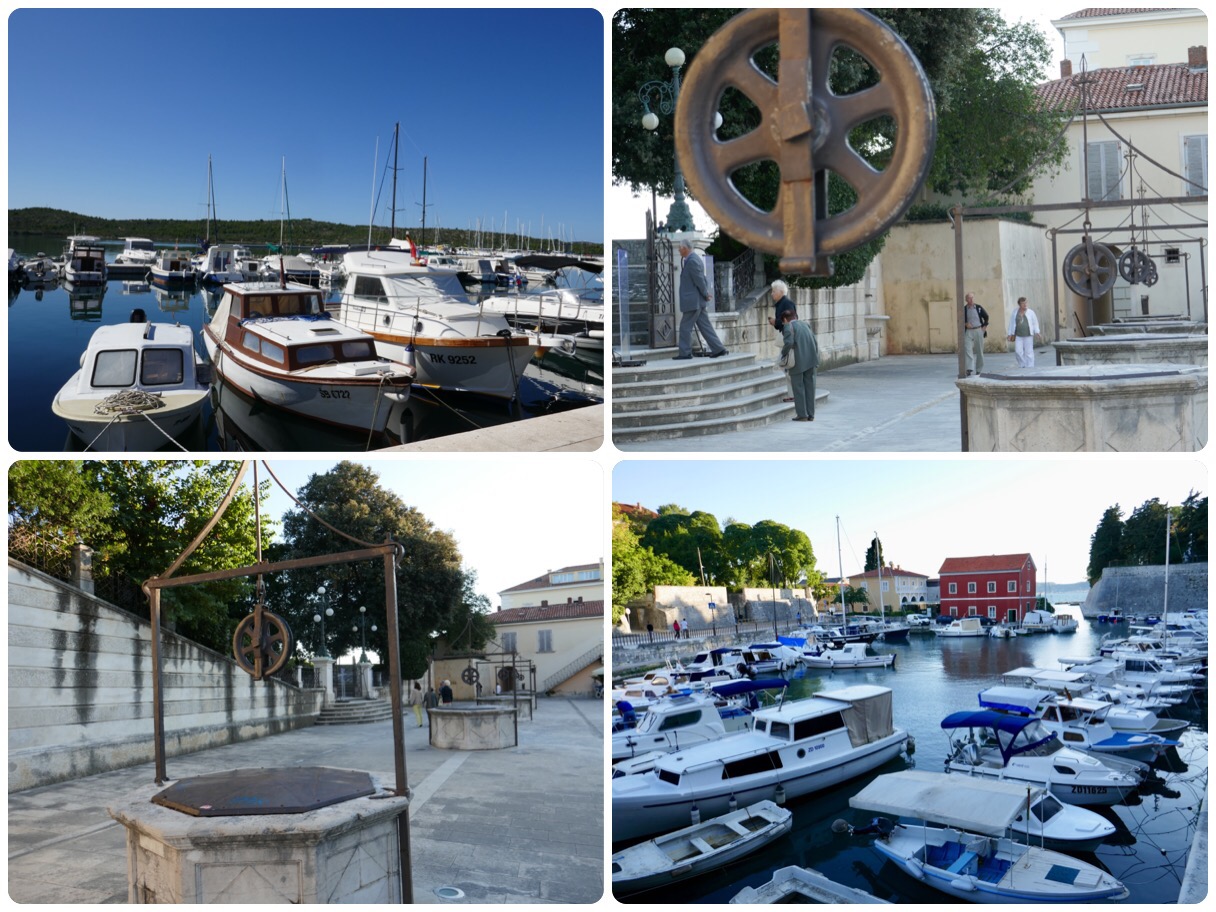 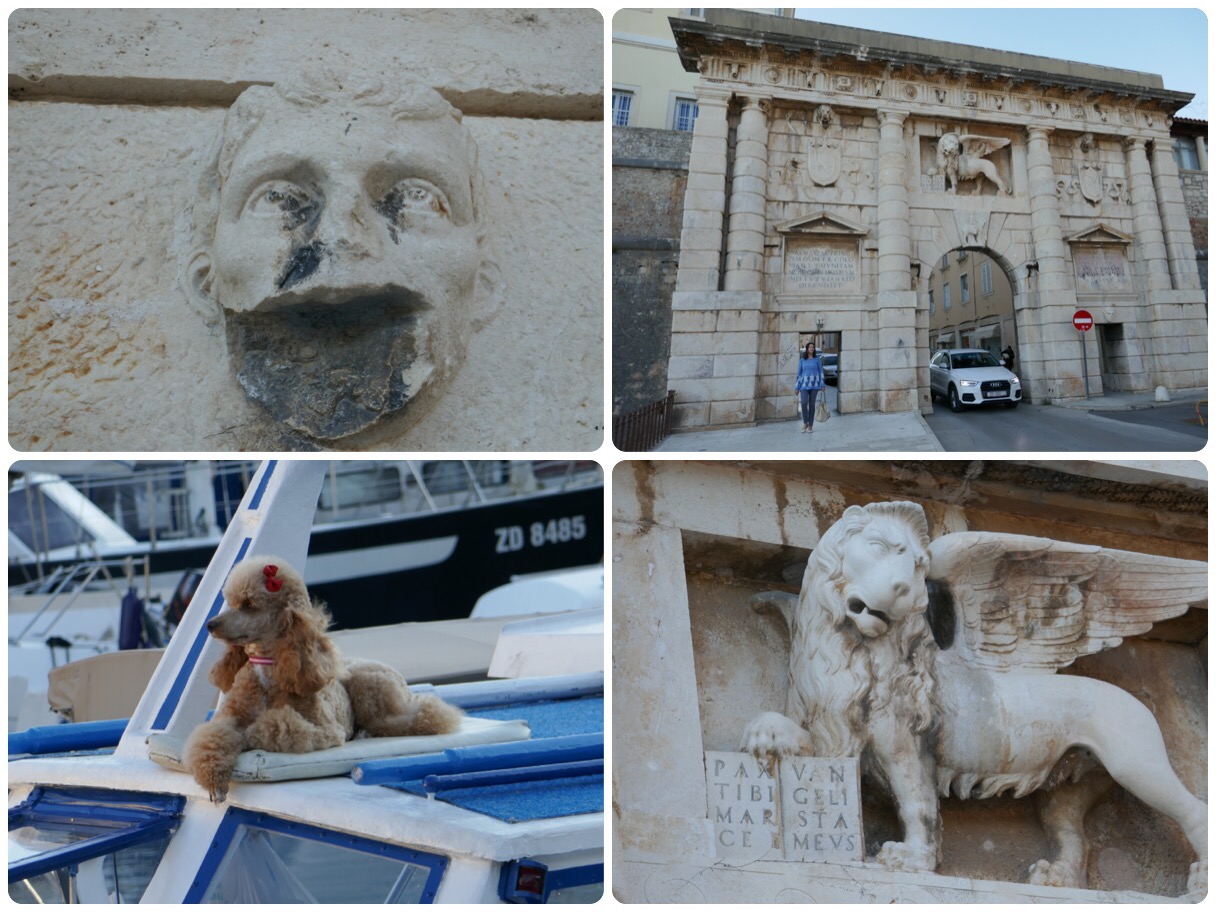 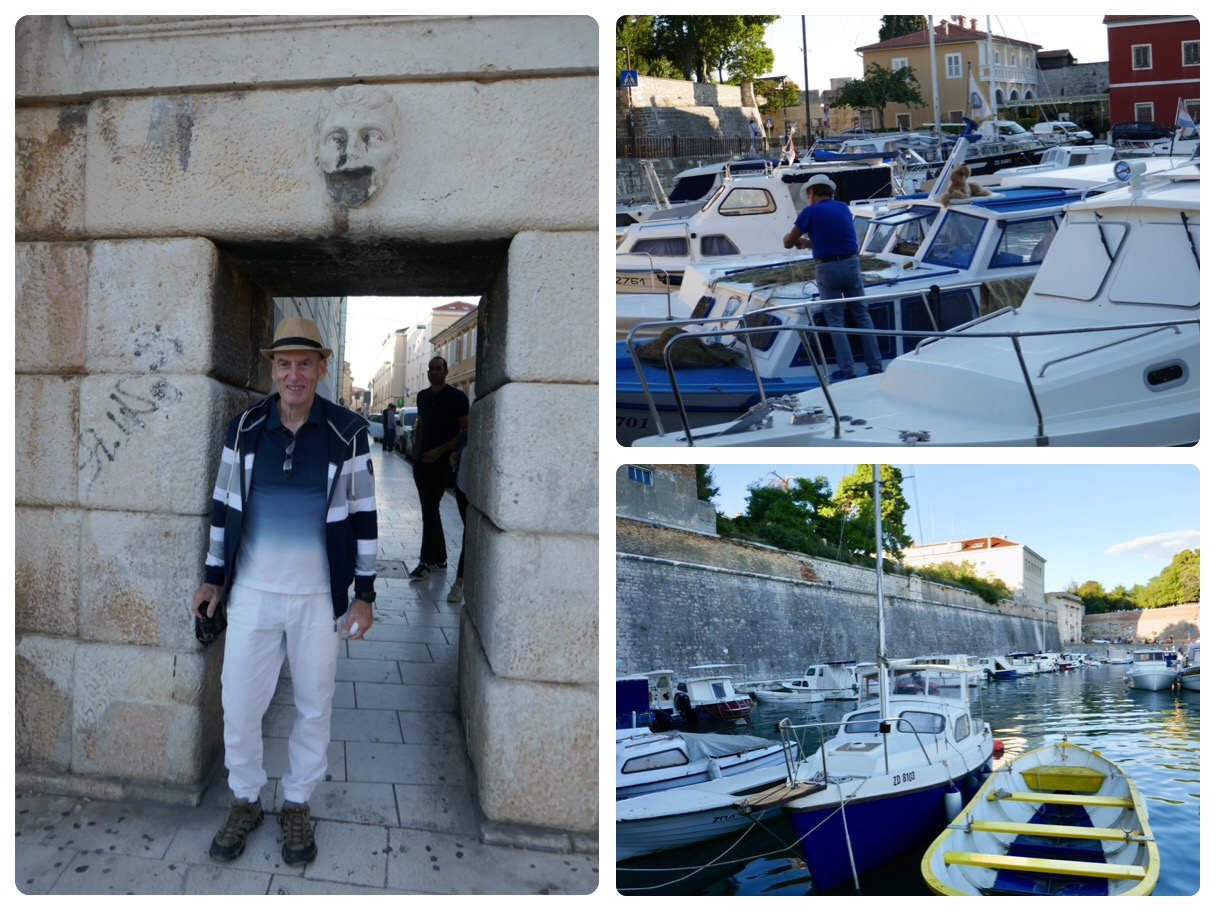 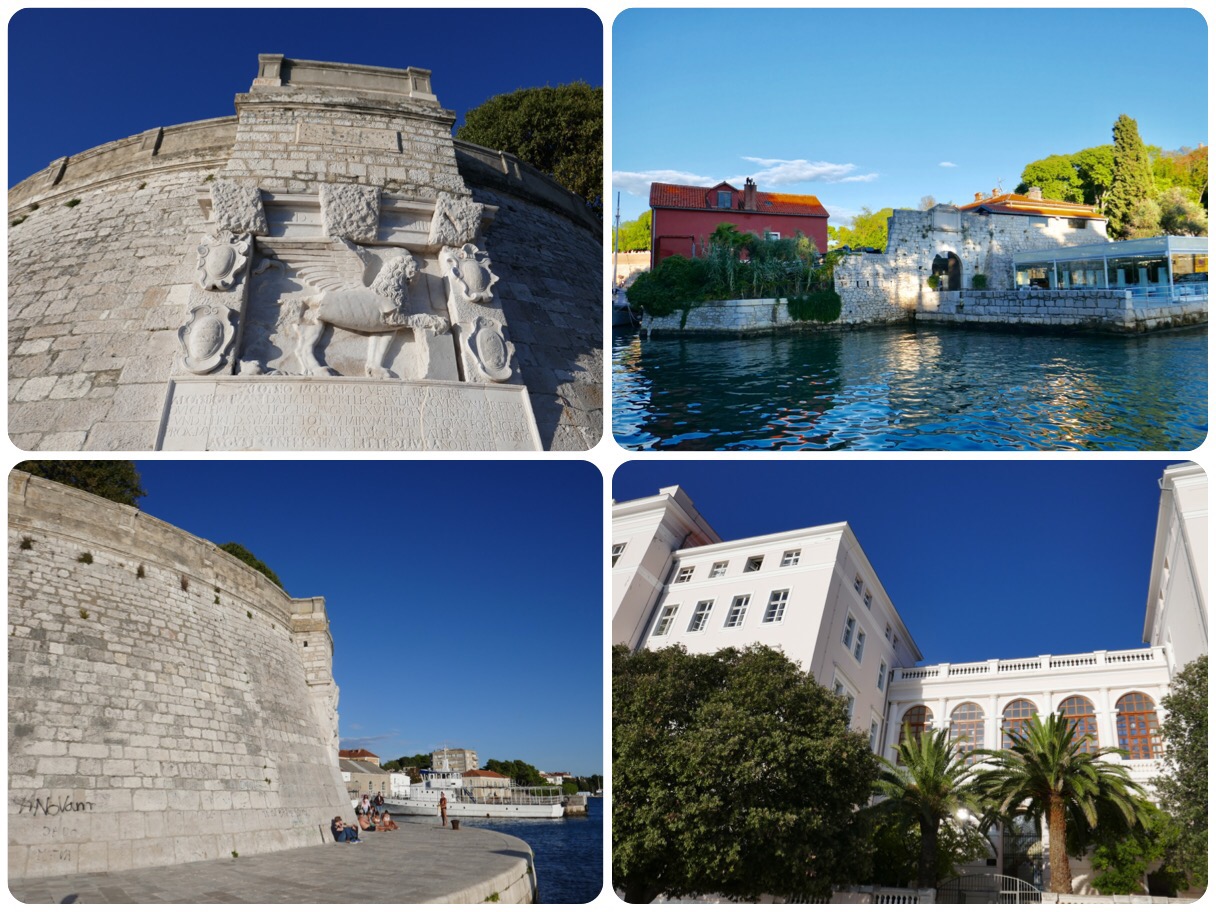 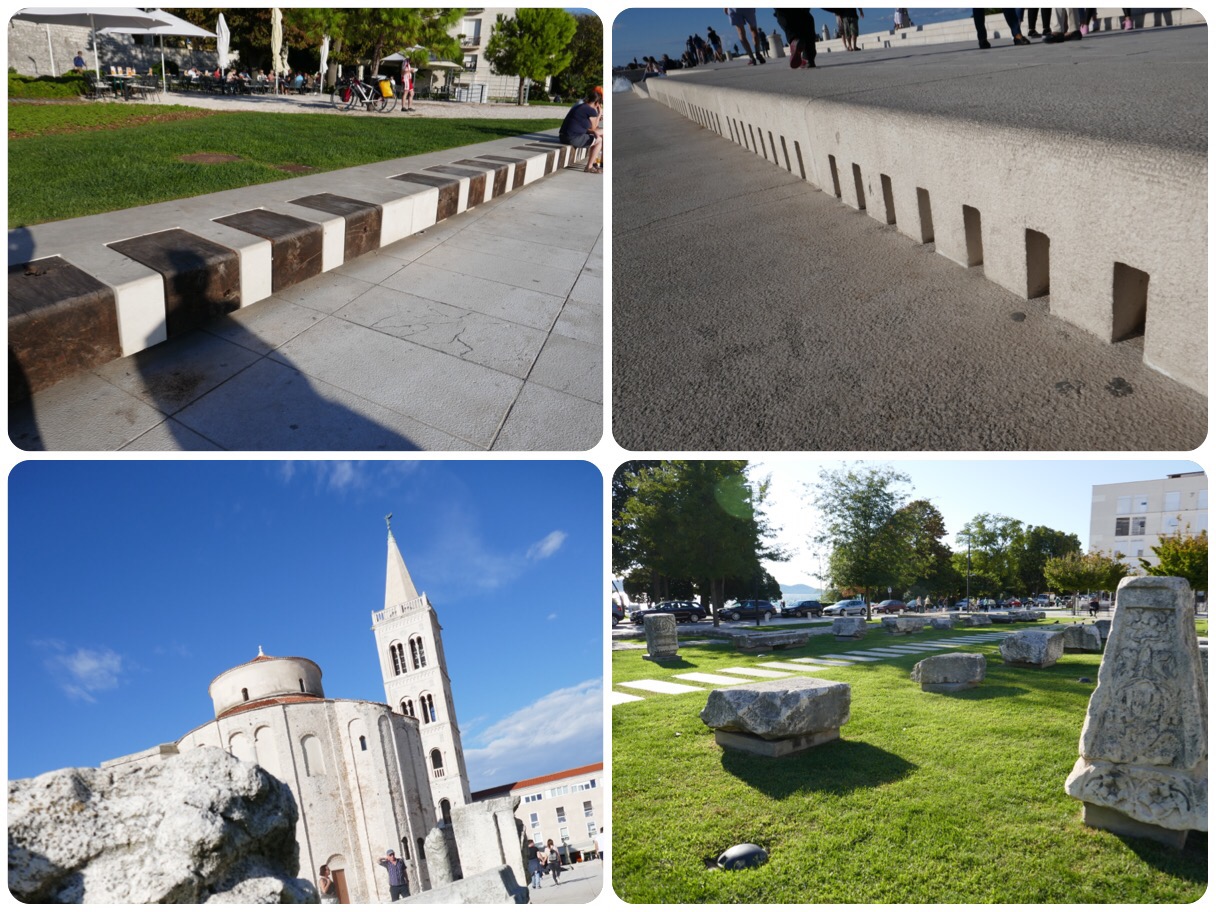 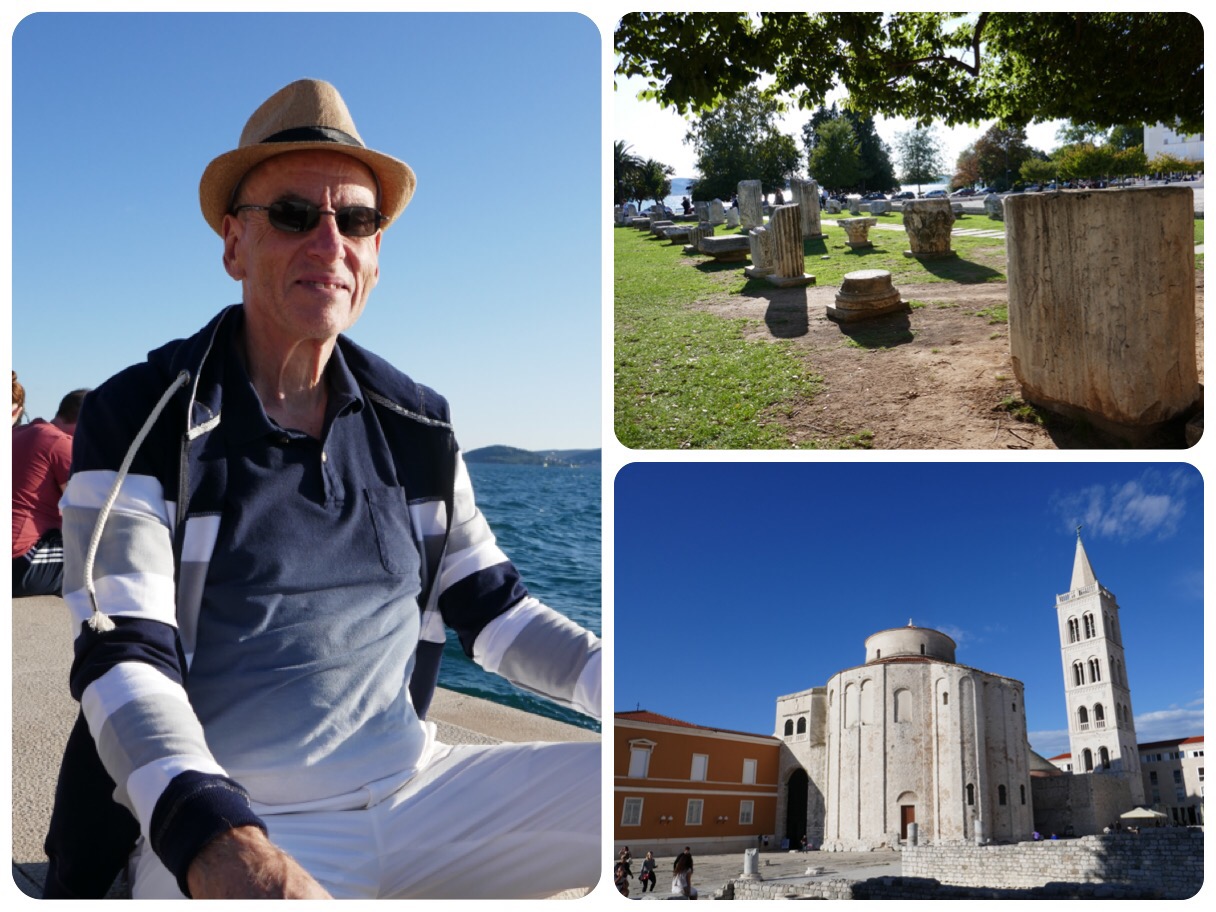 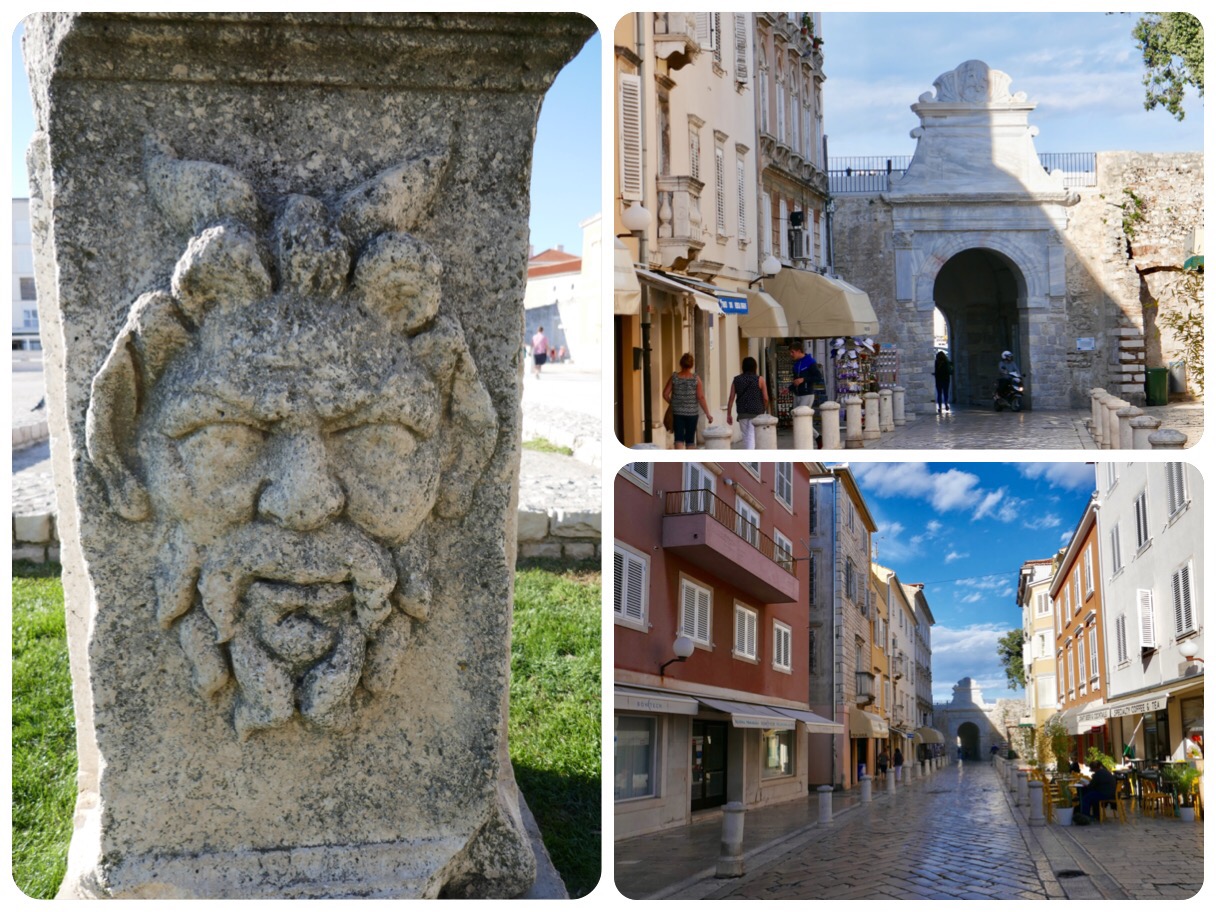 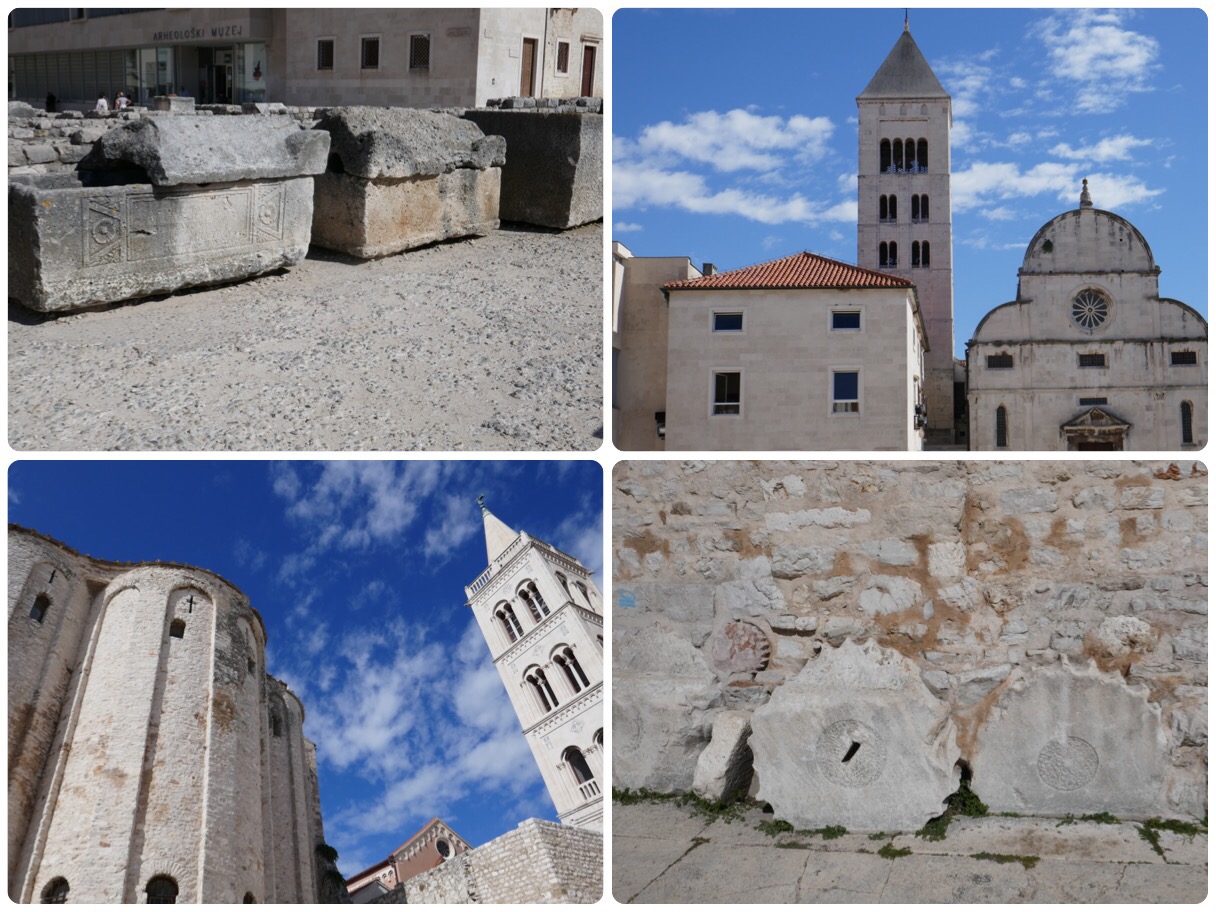 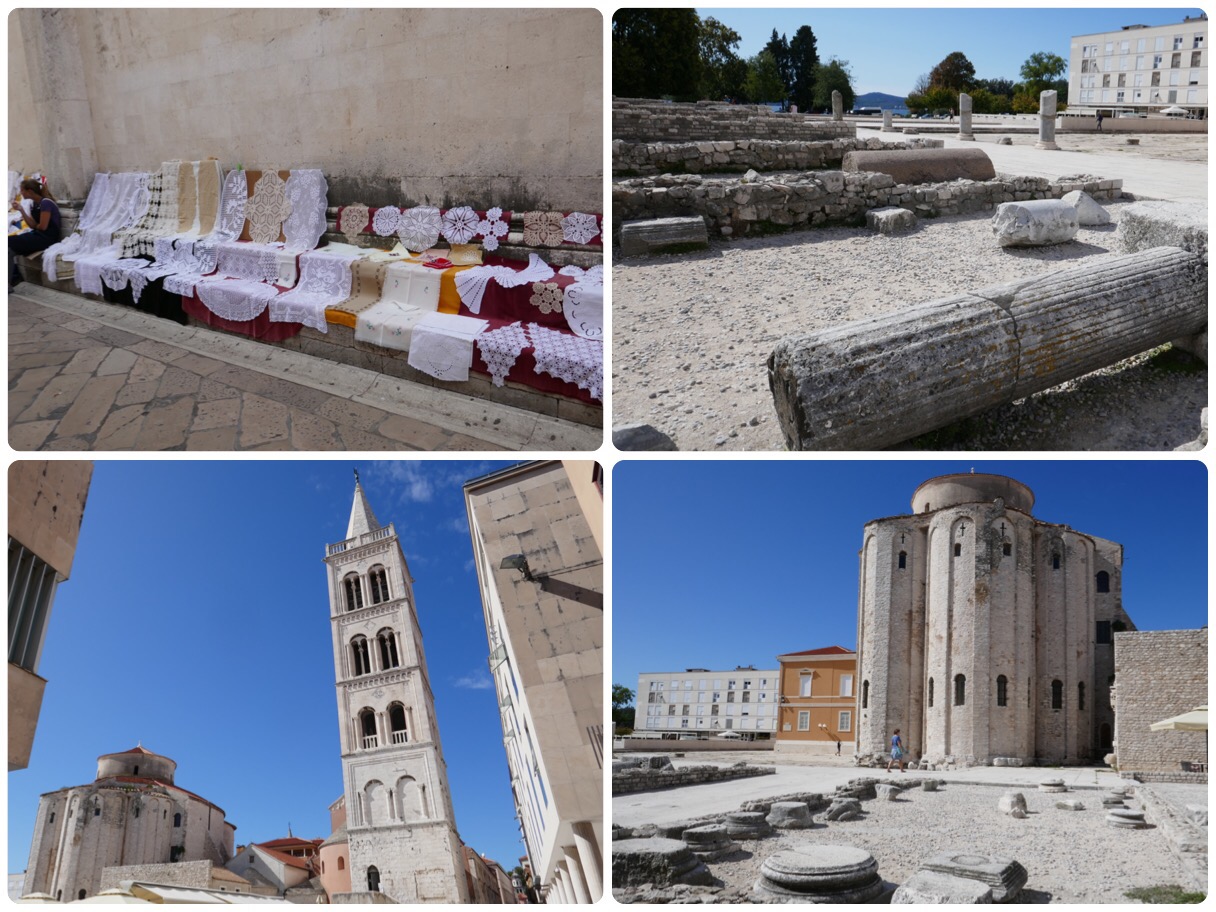 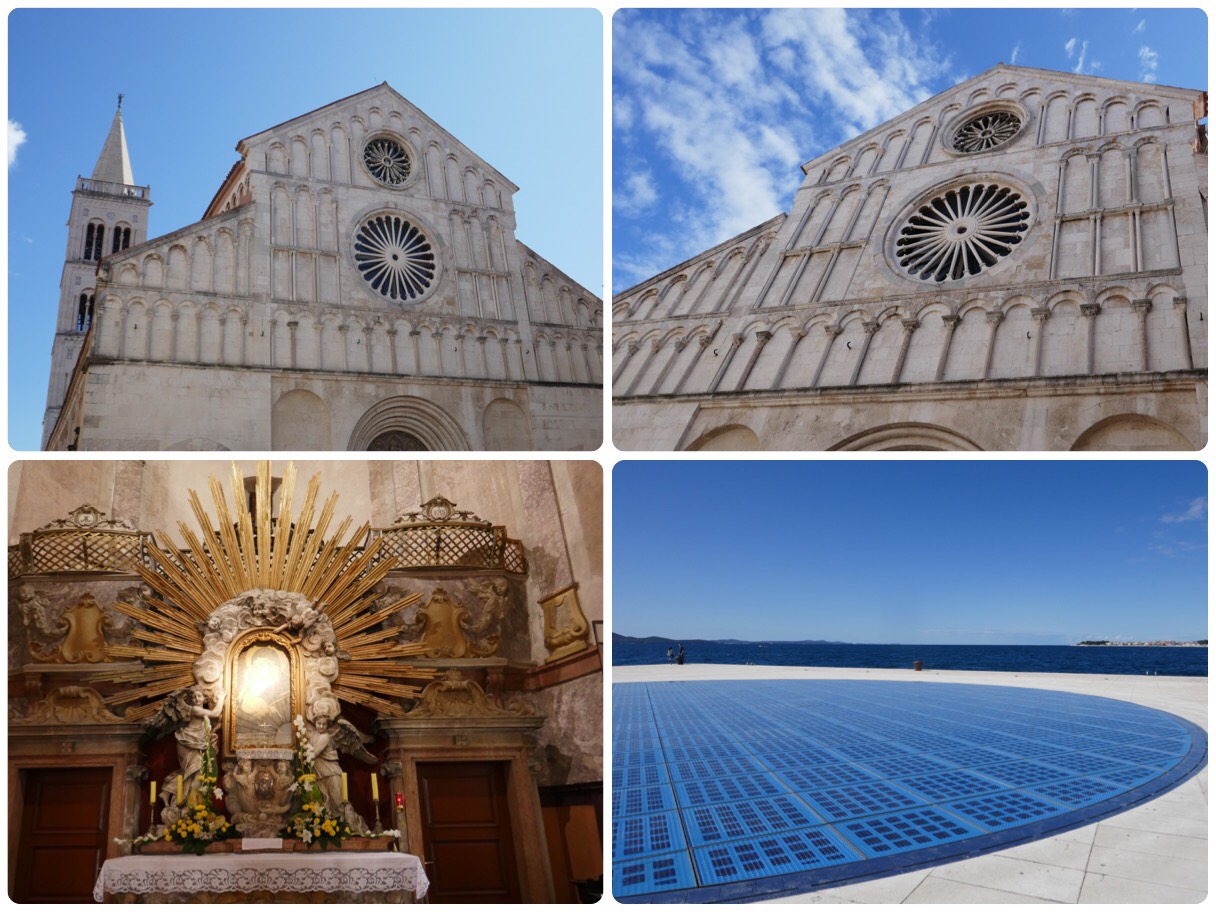 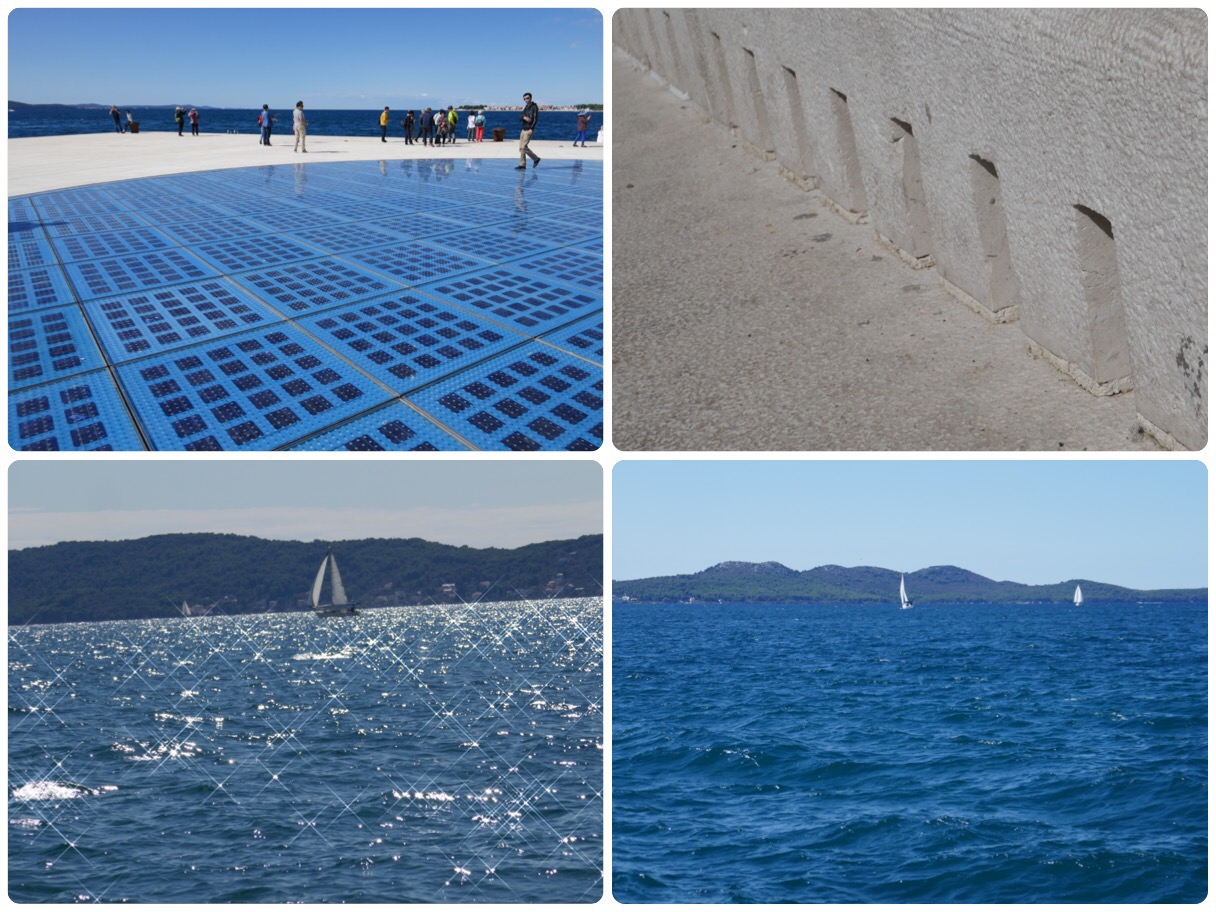 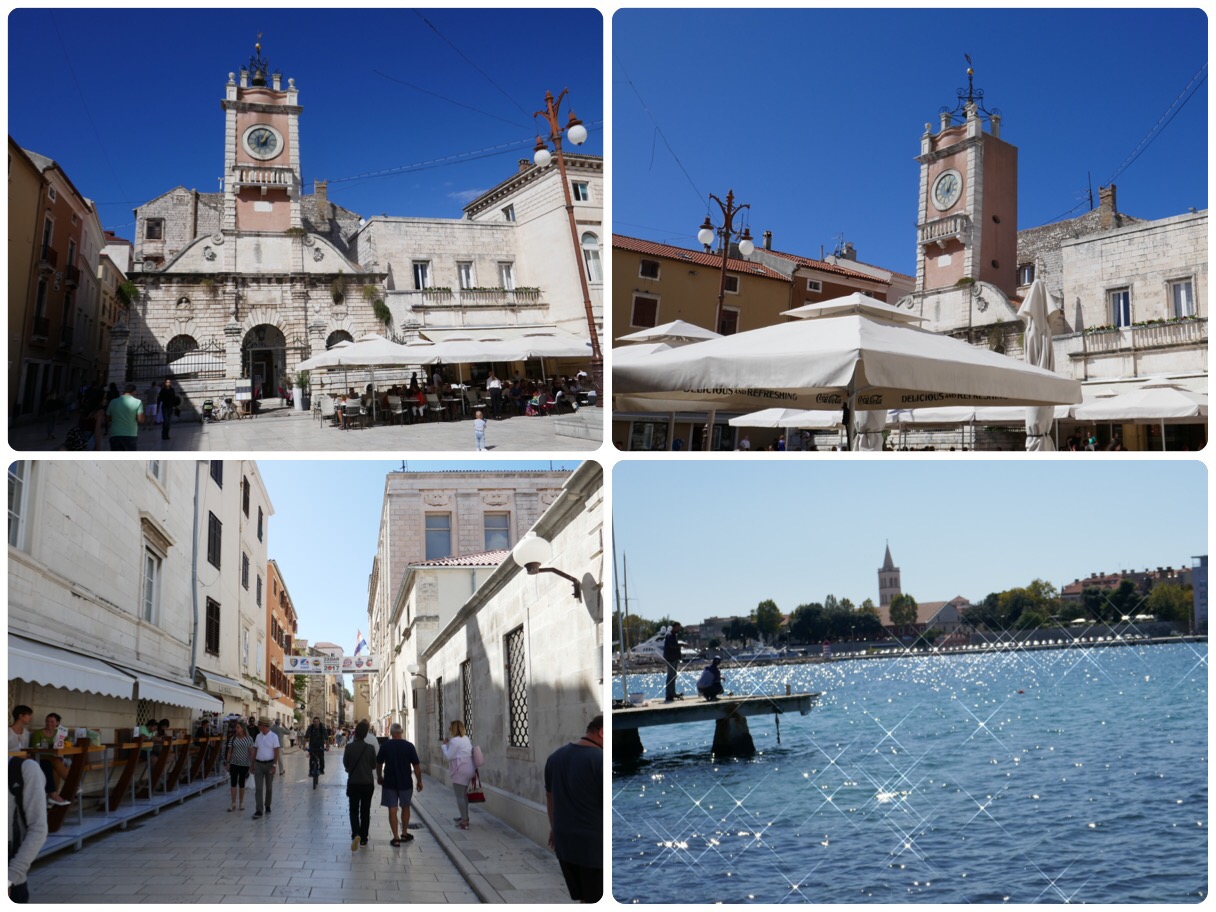 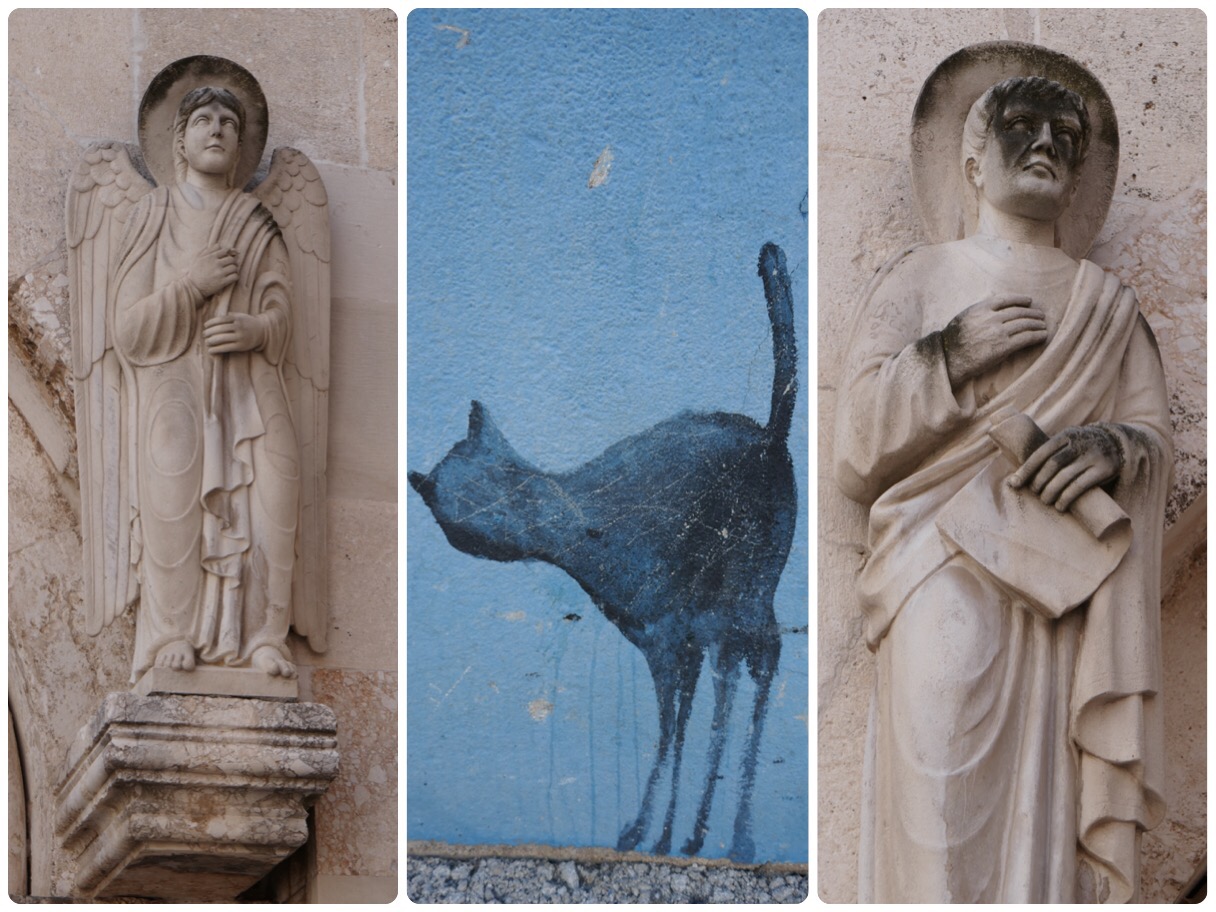 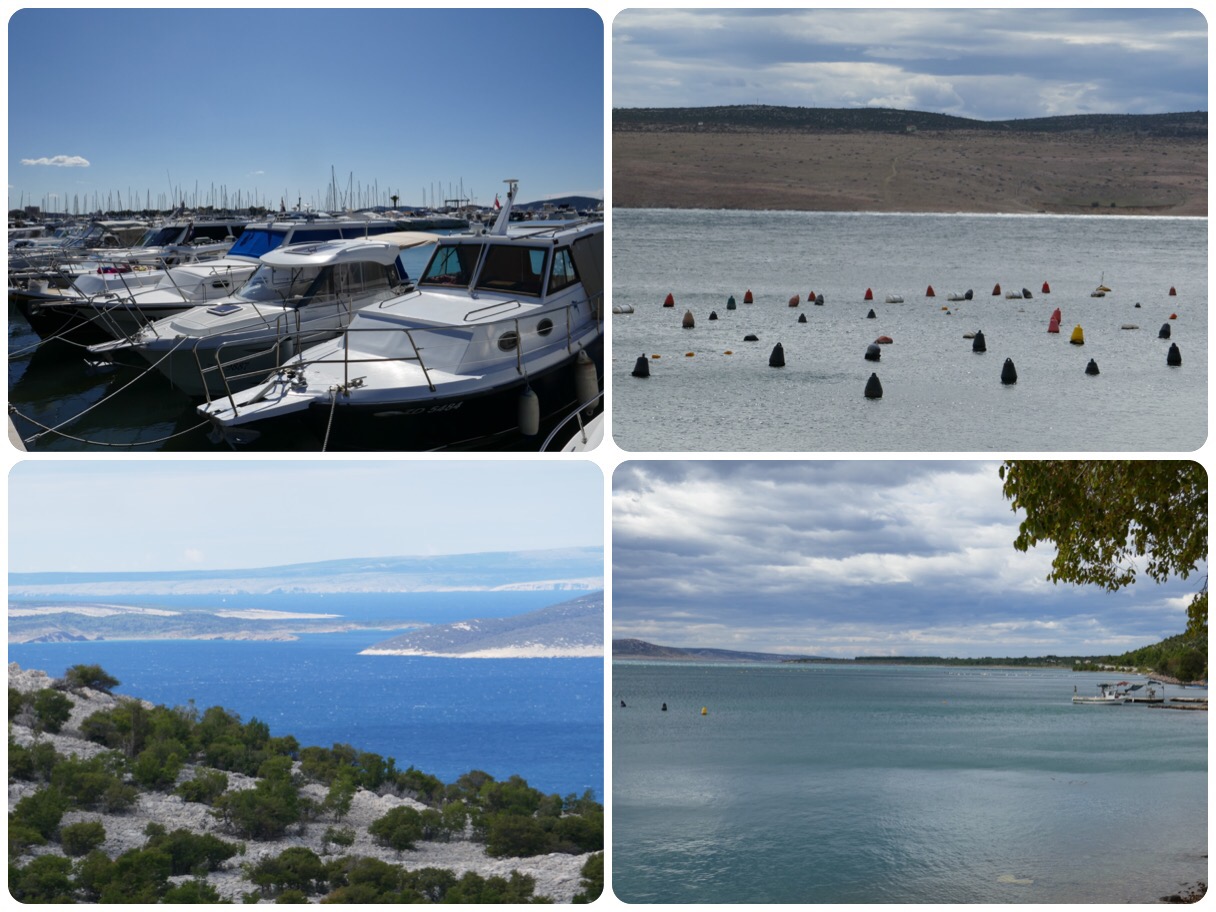 Years from now, if you were to ask me what I remembered most about my time in Zadar, I would say it was the music.

Music has a subtle quality that transcends time and space.
Music can carry you into the past with the sound of just a few notes, and flood your heart with memories.

Zadar is an old city with a vast marina that stretches all the way from the walls of the old town in the city center, to the suburbs to the north and south.

In Zadar, we rented a spacious apartment north of the city, and walked along the marina and beaches to the old town center.
Huge gates decorated with lions mark the entrance to the old city.
Many of the old Roman era walls still stand, and are in perfect condition.

Inside the old walls, the center is a maze of streets, full of ice cream shops, pizzerias, restaurants, outdoor cafes, boutiques, small courtyards and many souvenir shops.

While walking along the marina, we saw a man fixing his nets spread on top of his fishing boat.
His little fluffy poodle was sitting regally on a cushion on the roof of his boat, observing his owner calmly and patiently.

The man’s boom box was blasting out an old ABBA song called “Chiquitita” and just like that, I was a young kid again in my parents’ living room, watching ABBA win the Eurovision competition in 1974 with their song, Waterloo.

I was ten years young and my own country, Israel, was also participating in the Eurovision contest, but I was cheering for the Swedish band.

As they sang: “My oh My,
At Waterloo Napoleon did surrender,
And I have met my destiny in quite a similar way…”

I was hooked.
Years later as a teenager, I danced and cried to the tunes of this lovable Swedish band.

The song ended, and we continued walking to another tune by ABBA:
.There was something in the air that night
The stars were bright, Fernando!
They were shining there for you and me
For liberty, Fernando…”

Tourists wheeling suitcases crisscrossed the alleys, people with big cameras positioned themselves to catch the late afternoon light on the old buildings.

Tourists snapped photos with their cell phones, while motorcyclists walked around the city in their leather outfits, holding their helmets.
I saw tour group leaders holding up an unopened umbrella or a flag, with long serpentine lines of tourists trailing behind them.

I saw people covered with tattoos like canvases covered in paintings, walking around the city licking big cones of ice cream.

The sun was shining bright, Jules and I were smoothing over a big argument we had had, and I was feeling happy again.

There are lots of beautiful Roman ruins and perfectly kept temples in Zadar, but for me it was the Sea Organ, built along the shores of the sea, that left the highest impression.

The sea organ was designed as part of the repair work to the waterfront of Zadar.

Zadar suffered major devastation in the Second World War.
The Sea Organ was created by the architect Nikola Bašić as part of the project to design a new city shoreline.

The Sea Organ was completed in 2005, and now the waves of the sea constantly interact with the organ’s tubes located underneath the wide marble steps of the sea wall.

The music created by the seemingly random wave patterns striking the sea organ’s tubes, sounds like divinely inspired harmonic music to me.

We sat on the steps listening to the music at two different times of the day.
During early evening, when the waves were stronger, the music sounded more resonant and even more polyphonically harmonious.

The music that the sea organ produces brought to my mind the “celestial music” that is unheard by busy minds that are focused on the problems of daily living, but does exist in higher vibrational realms.

The Celestial Music is the sweet sound that everything in the Uni-Verse makes that is not heard by human ears.

Think about it, everything in motion produces a sound.
That means that the rustling of the leaves, the movement of the clouds, the wind, the waves, distant volcanoes, the flowing rivers, snow avalanches, mudslides and floods, the monsoon rains, the movement of the tectonic plates and the rotation of the earth and of the stars, all produce constant sounds that blend together into an unheard symphony.

I sat on the stone steps by the impossibly blue sea and listened to the Sea Organ, giving me a small glimpse into the celestial music that I have heard about so many times, and actually heard only once before for a few brief moments while swimming in the sea.
It was magical.

The celestial Sea Organ, for a few moments, took me away from Croatia into the realm of infinite being…. and I am very grateful for that.

In Zadar, we ate very good food in a creative restaurant called Proto Food and More in the middle of the old town.
They served a wonderful polenta dish served with sweet red onion jam, a very good version of the Croatian dish of Swiss Chard with feta cheese, very good healthy soups and a truly divine carob cake.

Carob is one of these wonderful things that used to be popular but has unfortunately disappeared from restaurants menu in the USA.
It is a shame because it is so tasty when prepared right, and this carob cake which the waiter highly recommended to us, was a wonderful and rare treat.
We were told that carob is often used in Croatian cuisine and I did see the long brown carob sold in the morning markets.

← Roman Ruins in Pula and Beautiful Opatija, Croatia
The Old Cities of Sibenik and Split, on the Dalmatian Coast In Croatia →