The amazing Skocjan and Postojna Caves and the Predjama Castle, in Slovenia 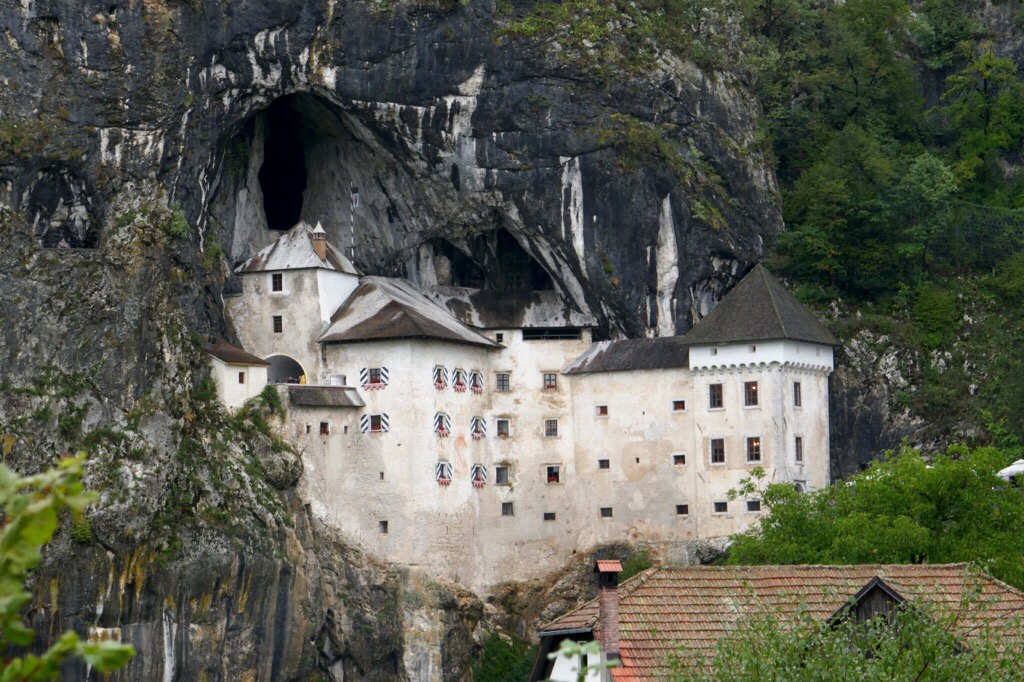 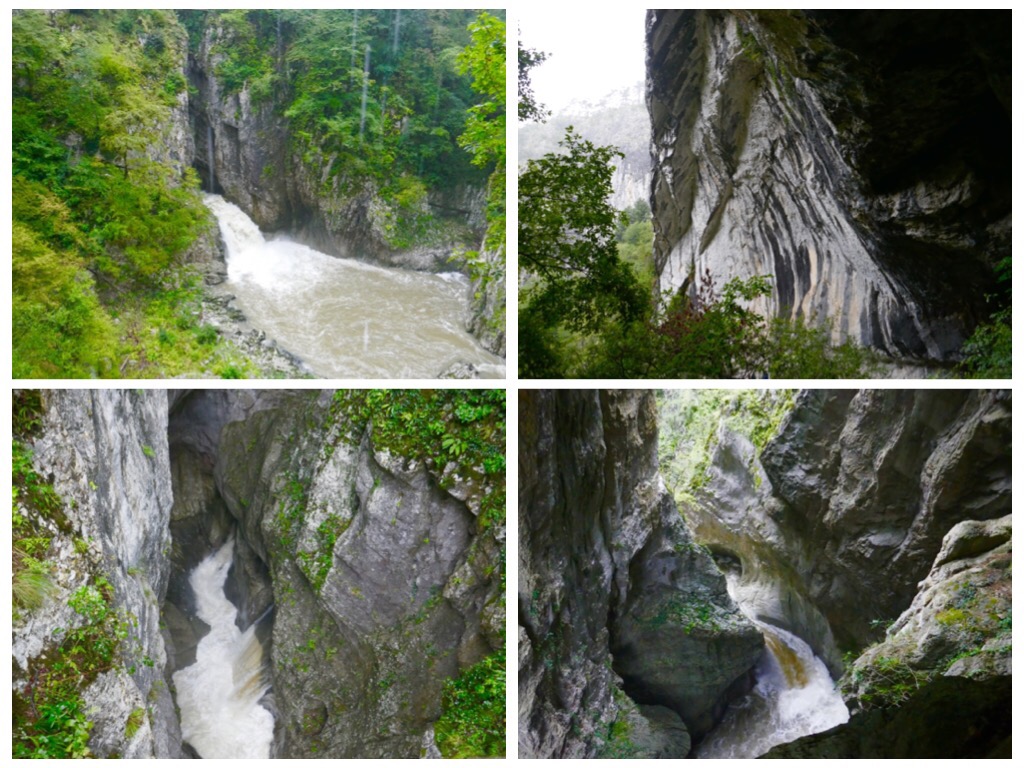 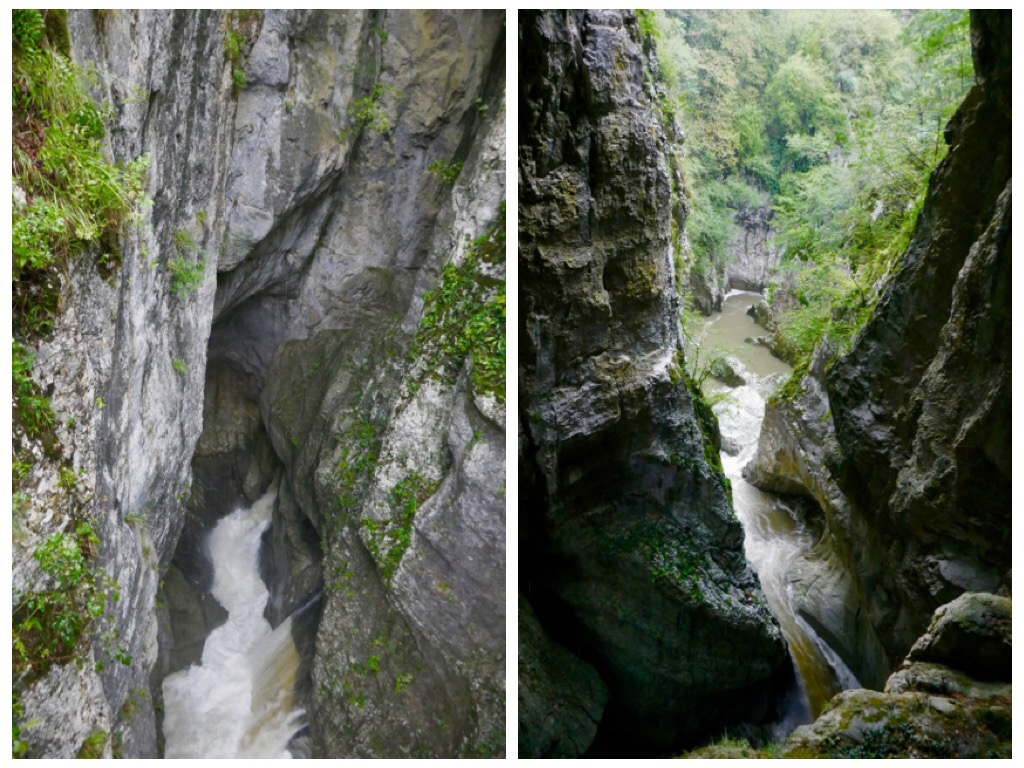 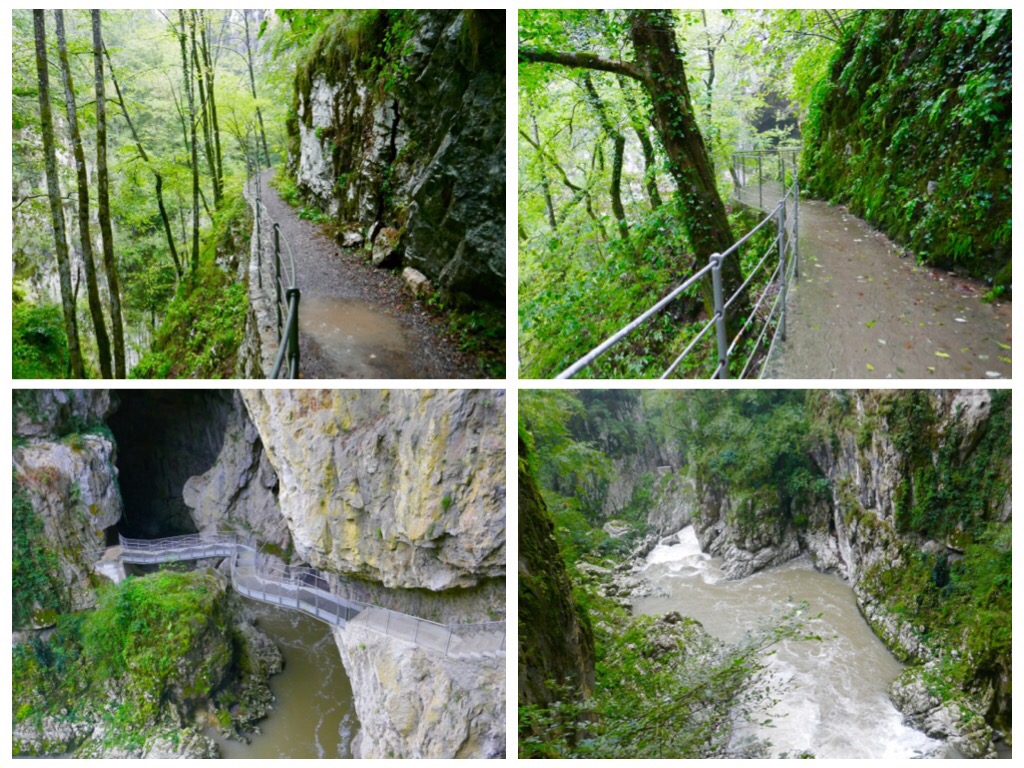 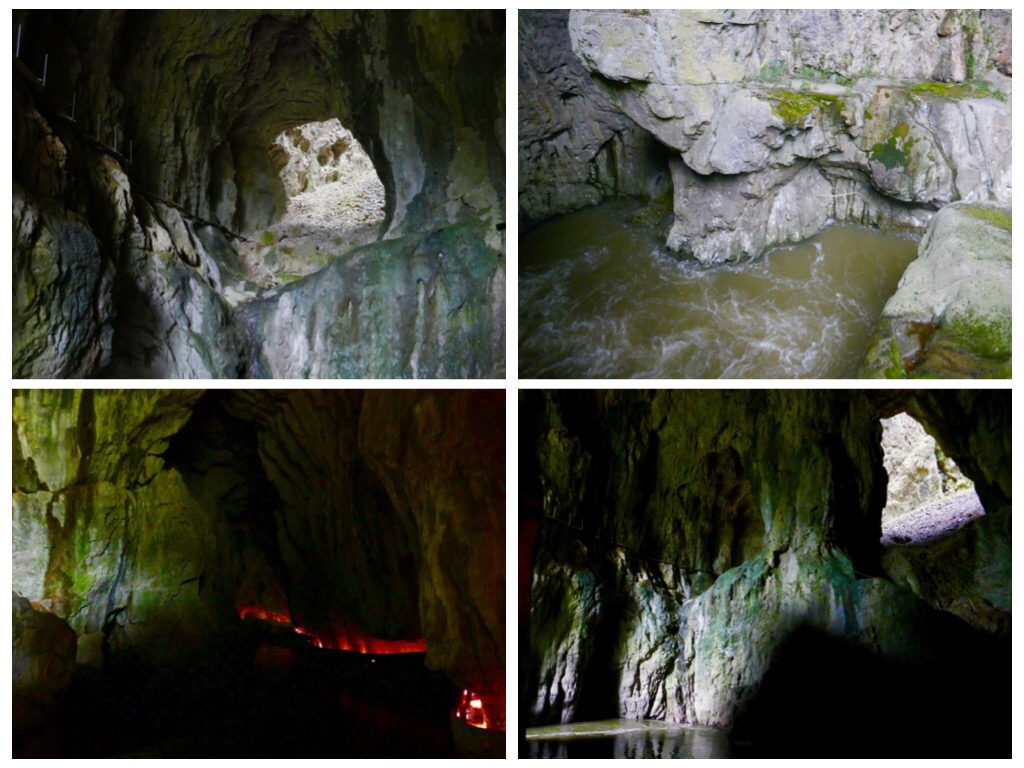 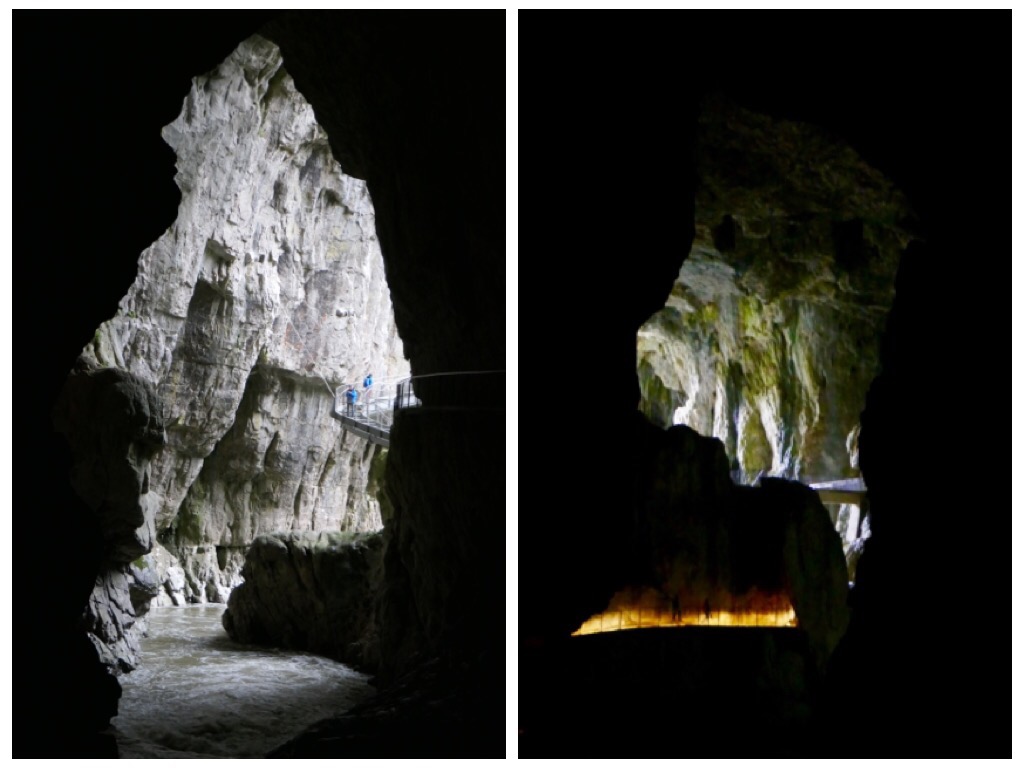 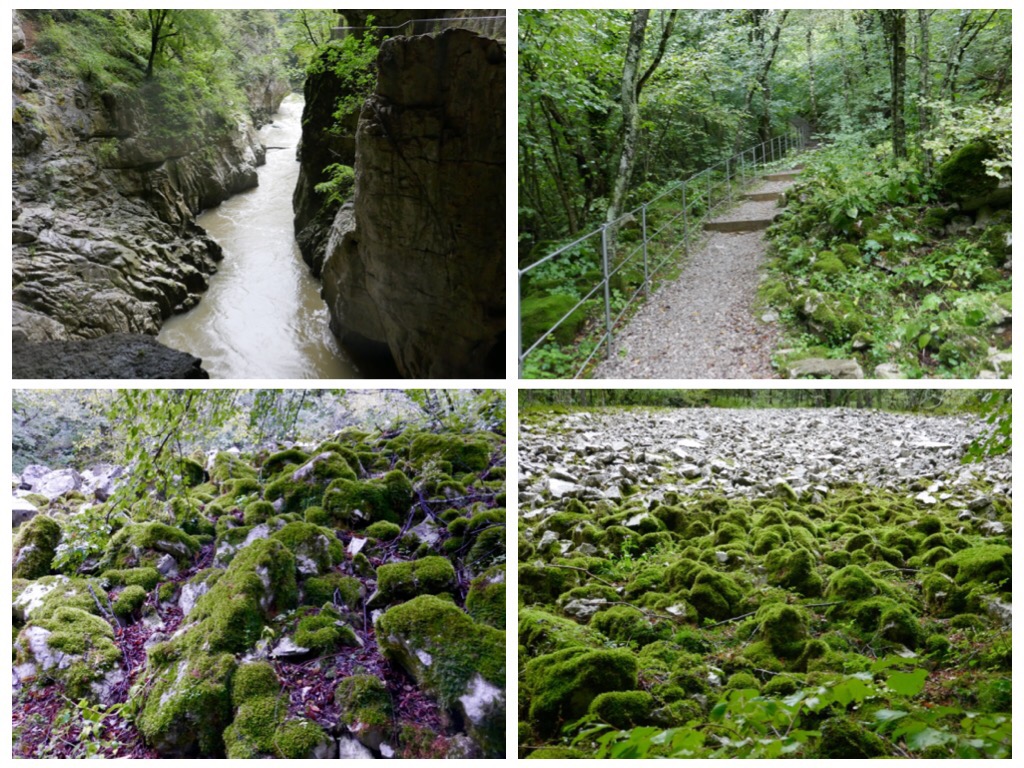 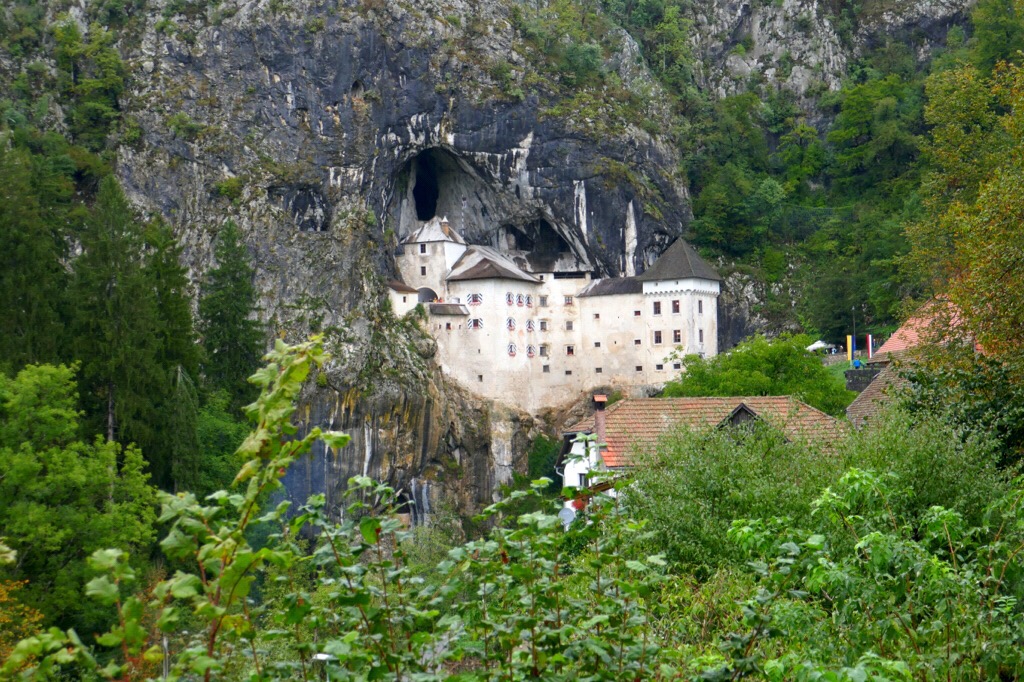 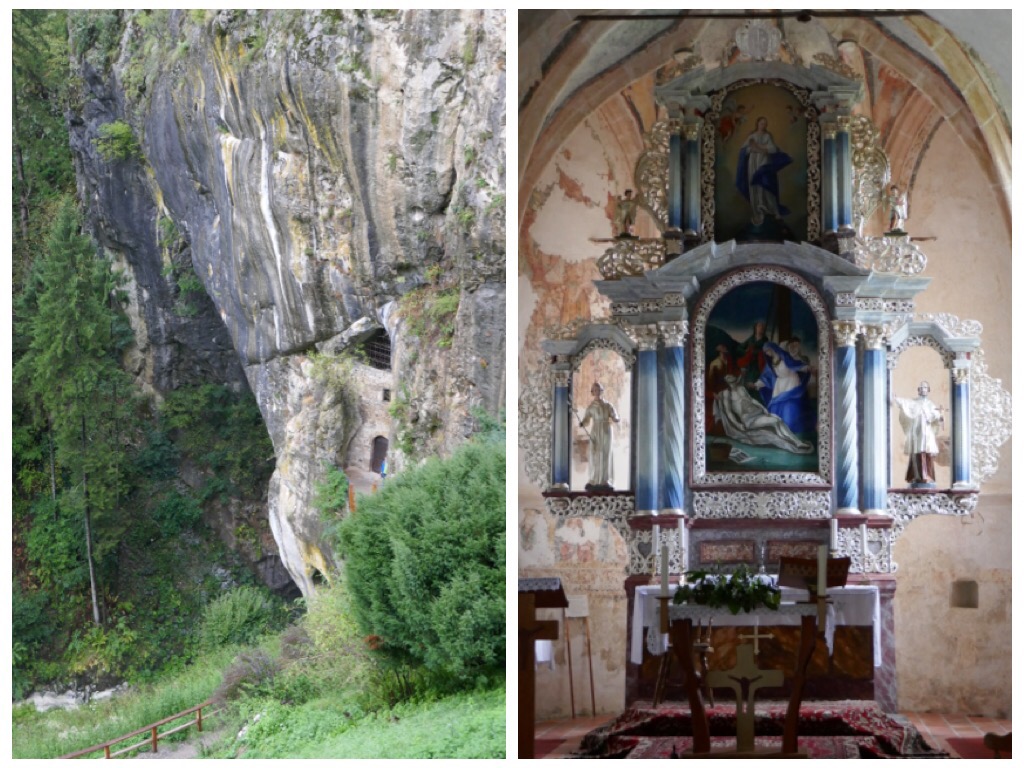 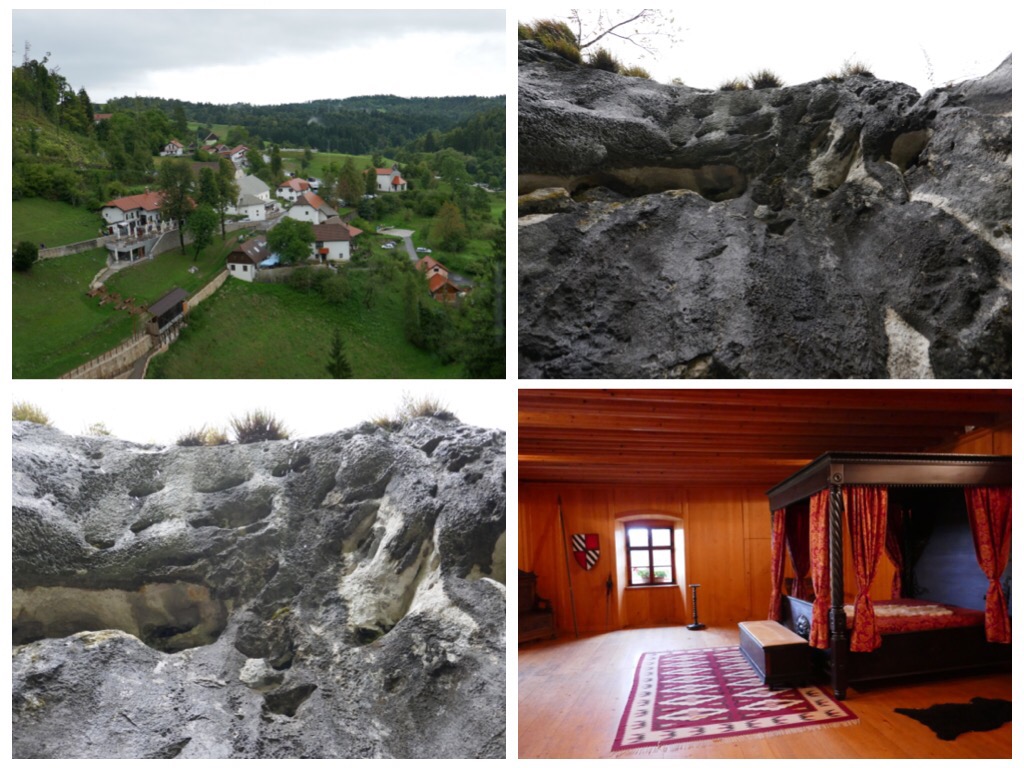 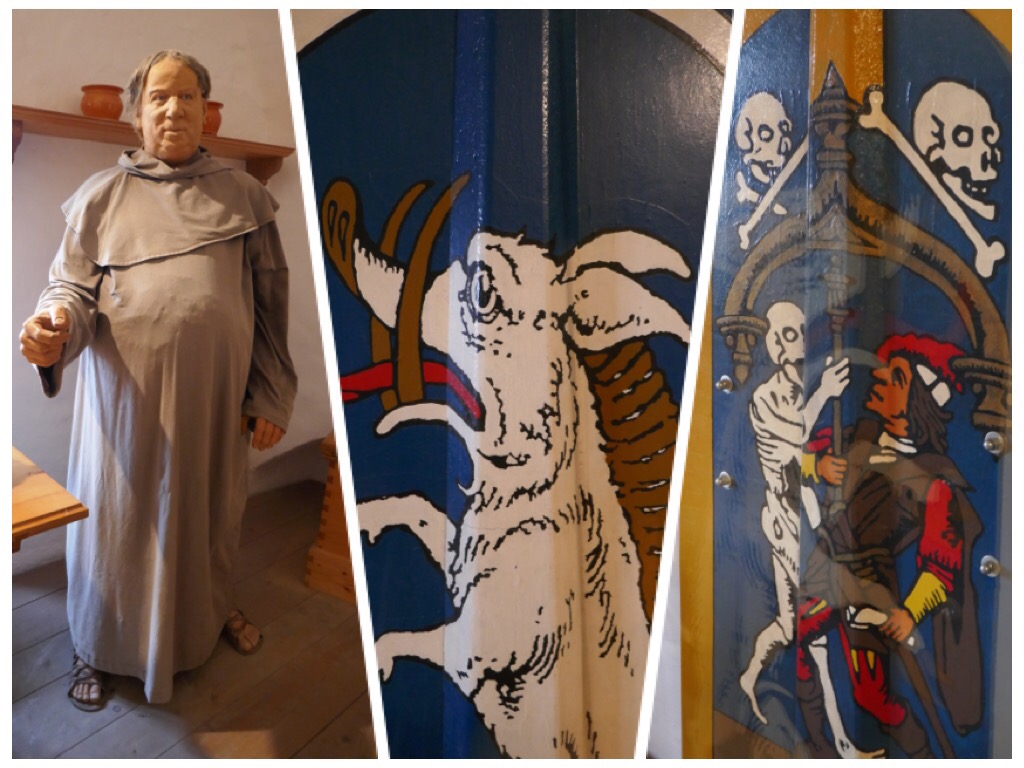 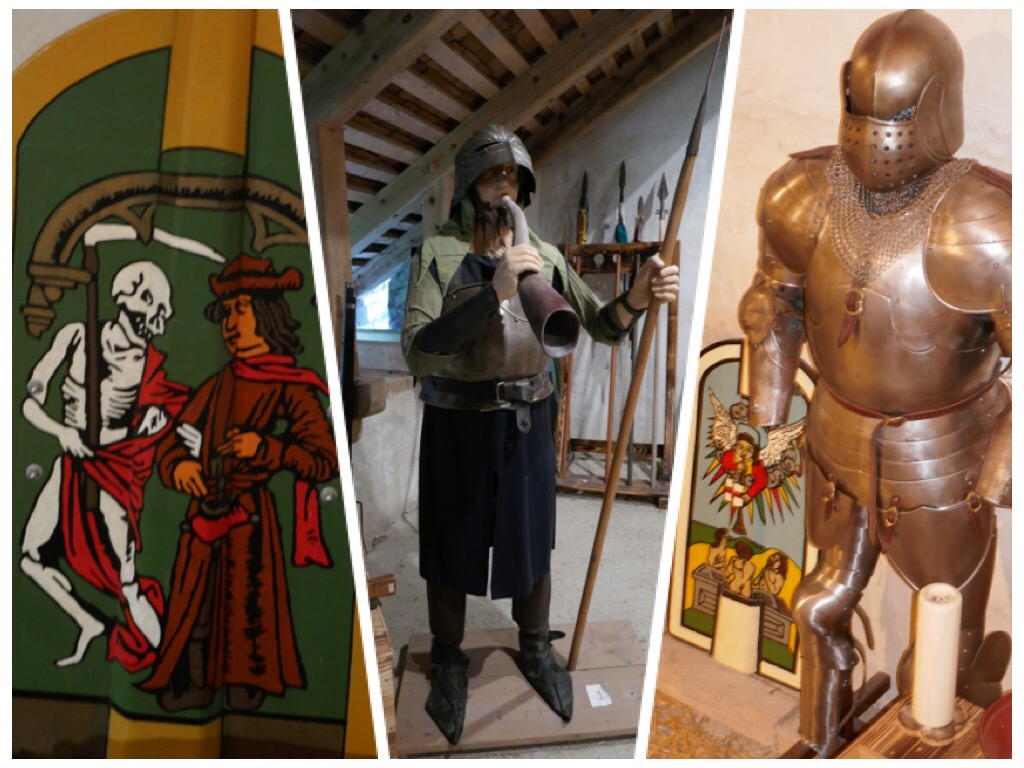 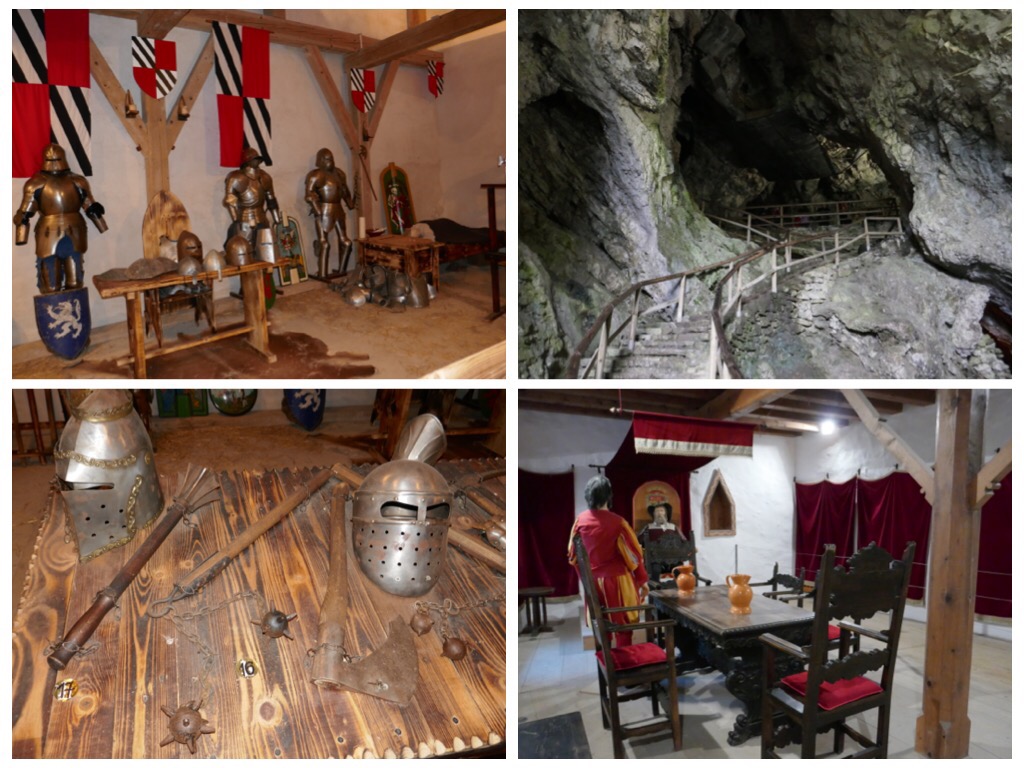 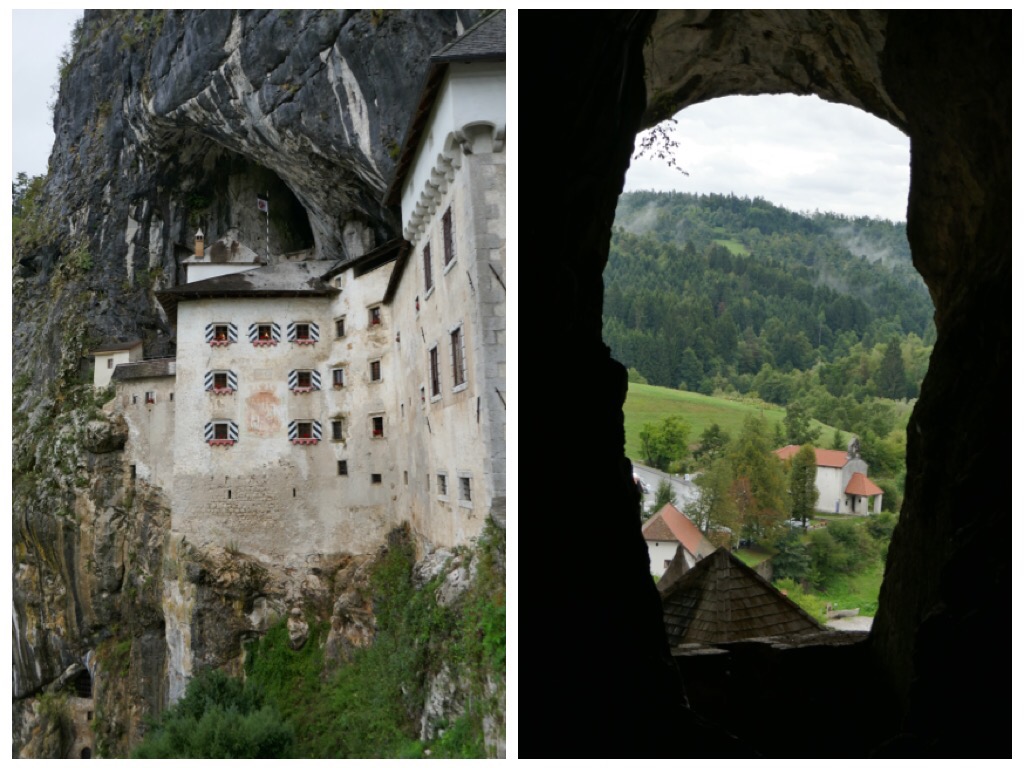 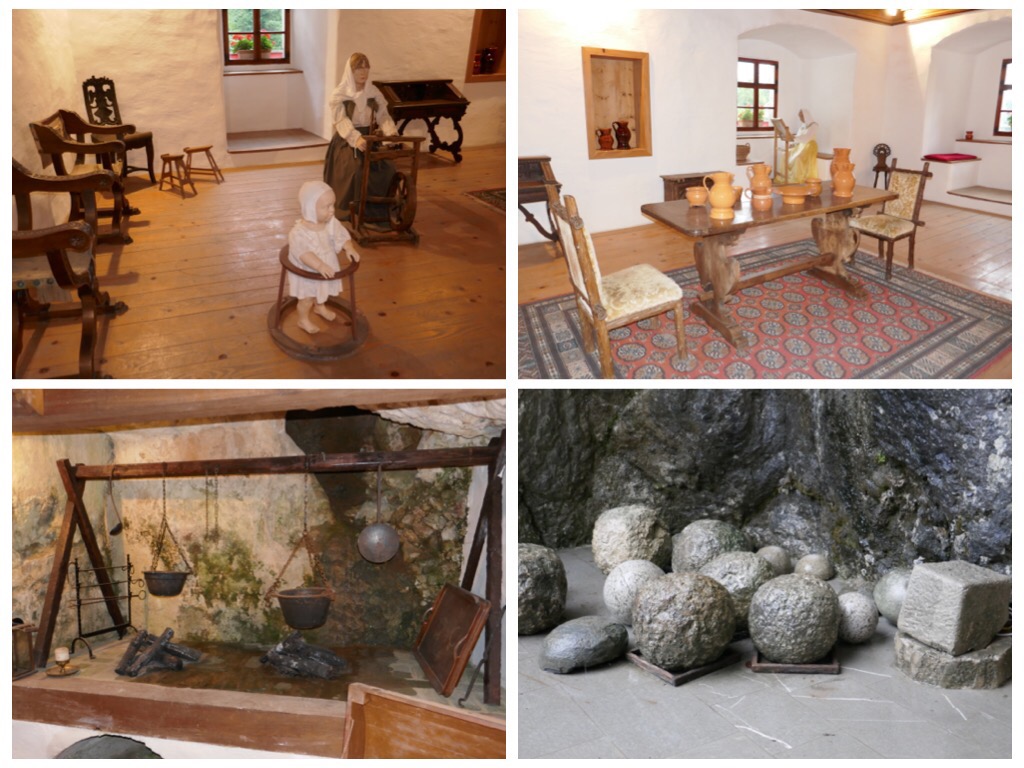 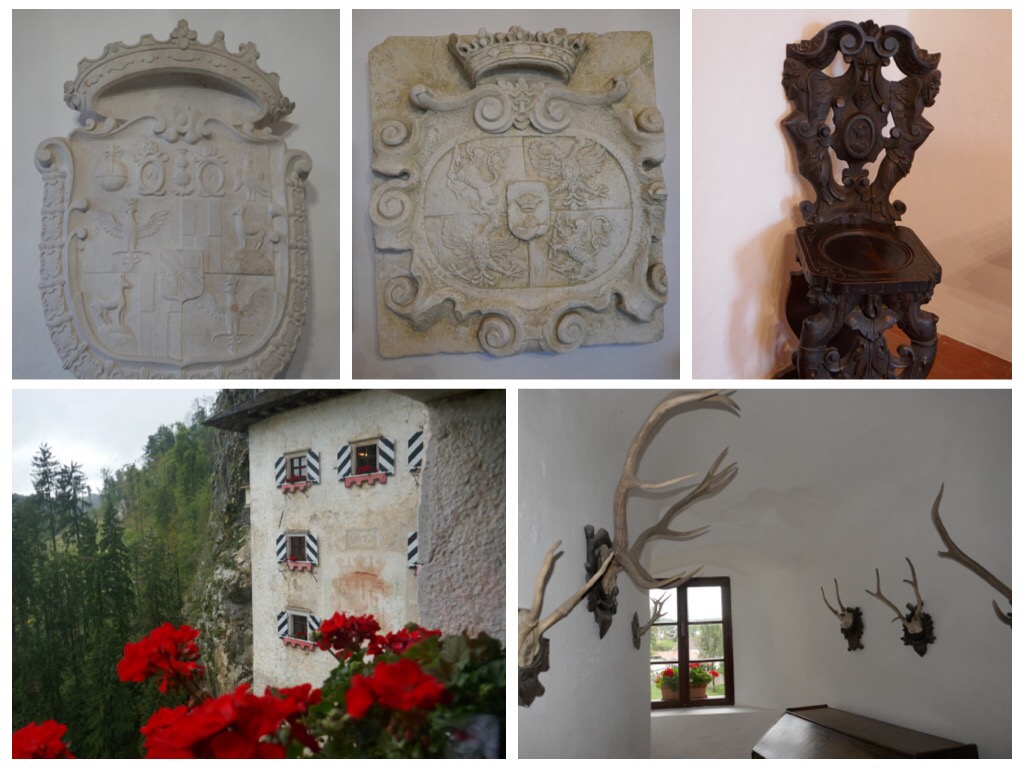 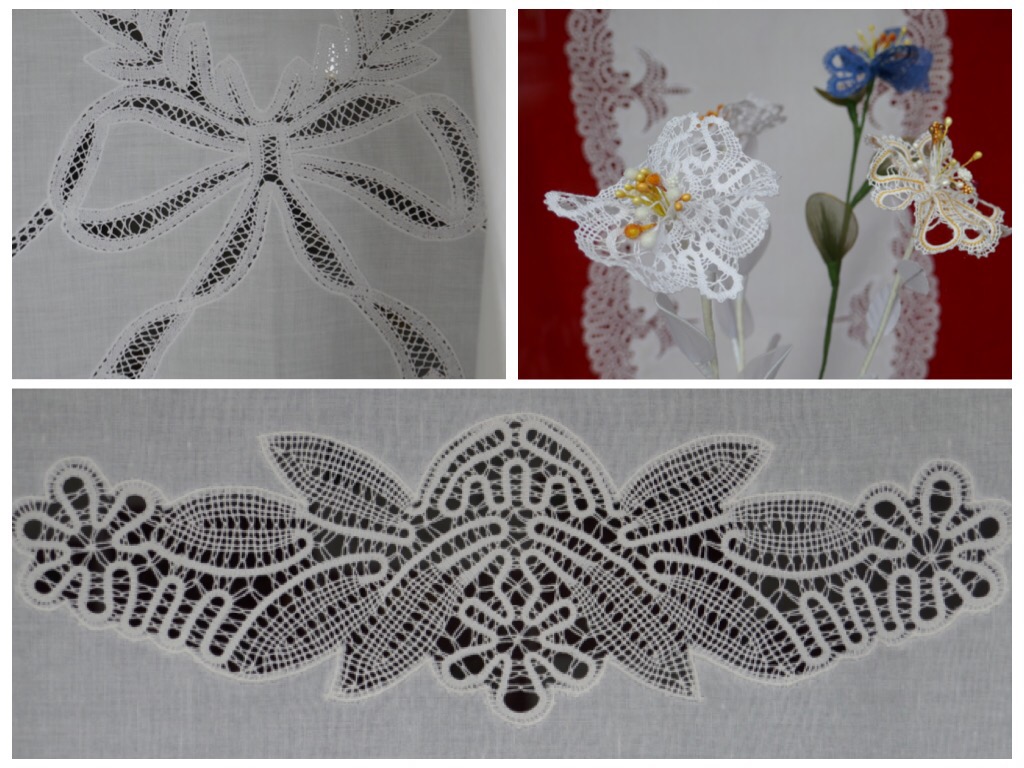 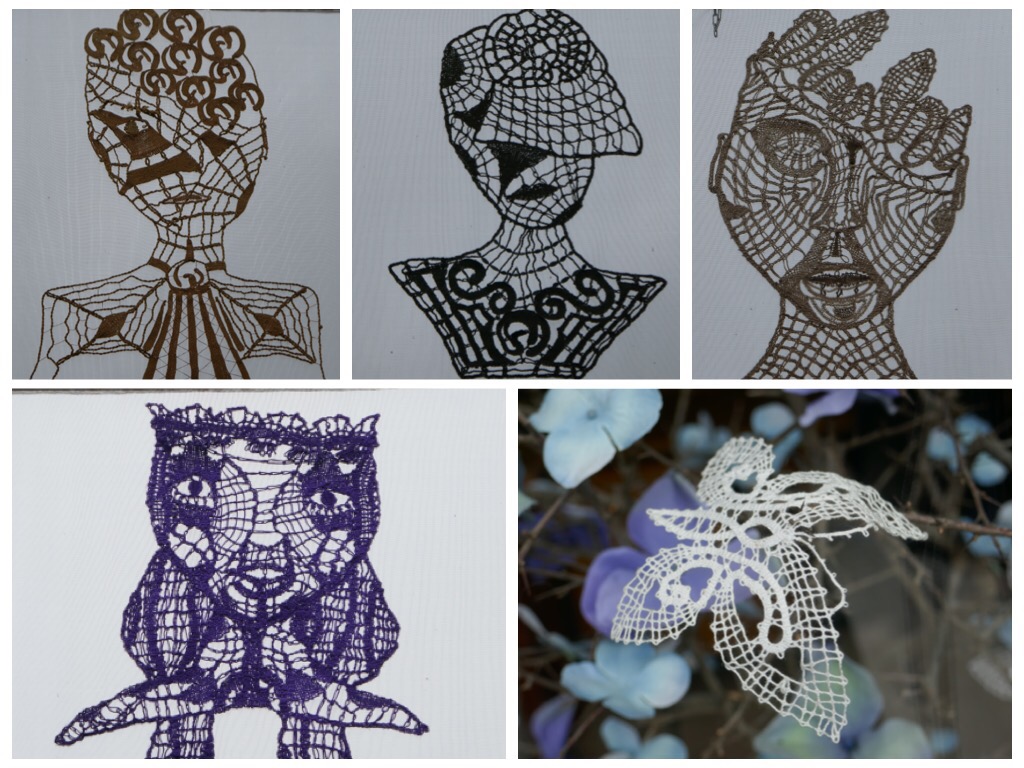 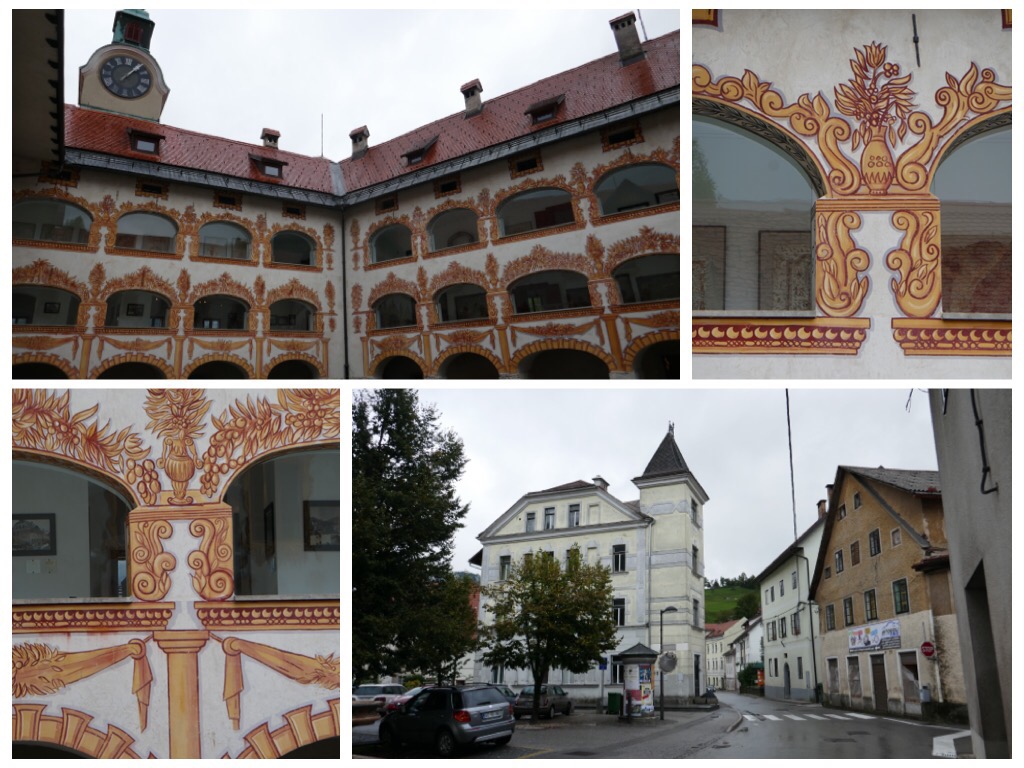 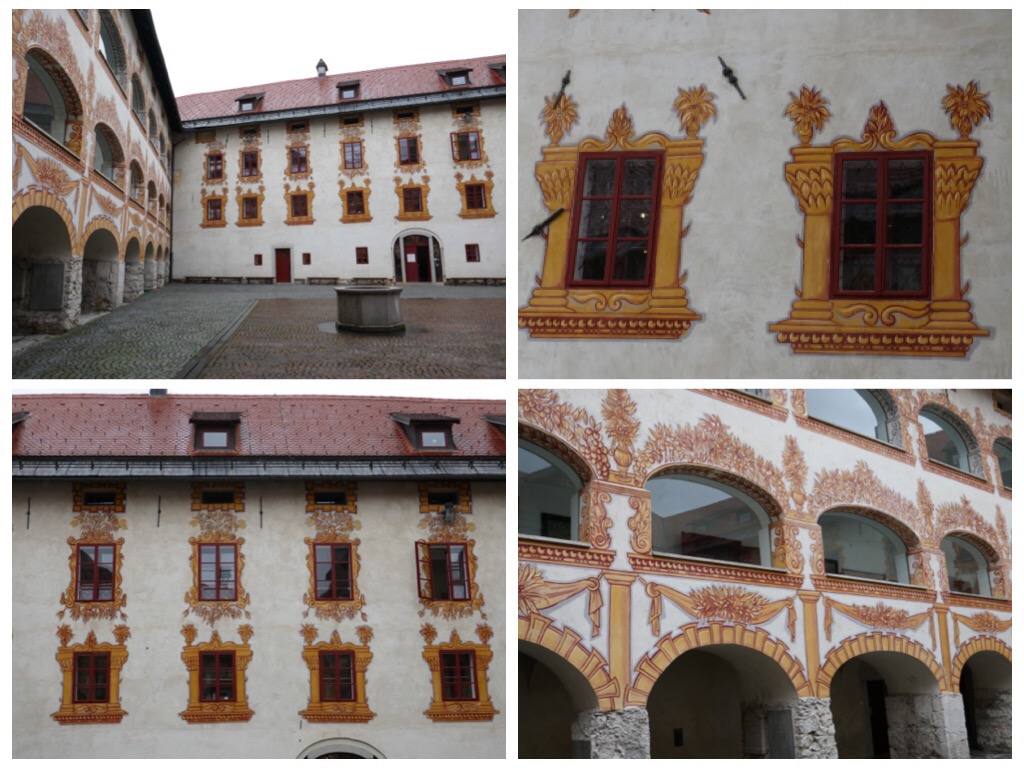 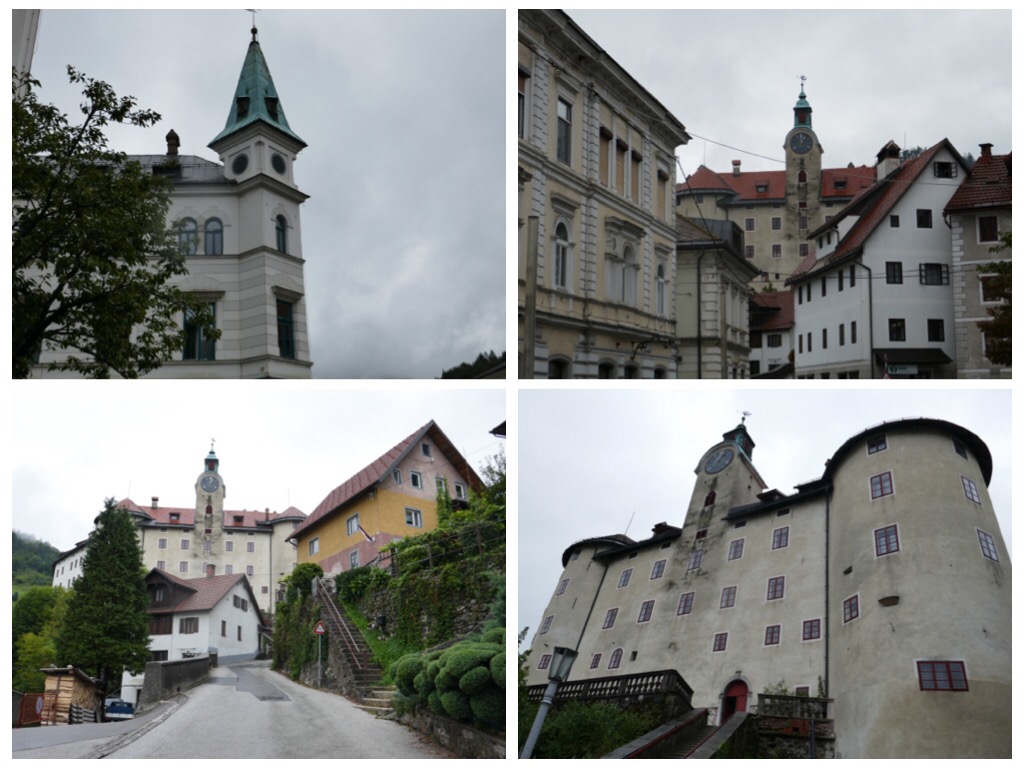 The amazing Skocjan and Postojna Caves and the Predjama Castle, in Slovenia

From the Julian Alps and Lake Bled, we took a drive on small country roads towards the most famous caves in Slovenia.
Along the way we stopped in the medieval towns of Skofja Loka and Idrija.

The town of Idrija is known for its beautiful handmade lace, and the town is dotted with shops selling patterned lace clothing, tablecloths, curtains, bags and lace flowers that can be sewn on to your own clothes.
There were also displays showing different tools and techniques of lacemaking.

In Idrija we saw a beautiful castle converted into a museum that had a collection of masks, used in local festivals that started hundreds of years ago and are still celebrated today.
The most amazing mask was used by a person who was completely concealed by a bird-like costume, and who jumped, hopped and ran around during the festival.

We spent two very rainy days in the caves area.
Because the caves are underground, the rain did not matter much, although the cave below the Predjama castle, which used to serve as a prison, was closed because it was flooded with water.

The Predjama castle was built into the mouth of a huge cave in the middle of steep rocky outcroppings.
The exact date of construction is unknown, but it is estimated to have been built around the years 1250- 1274.

It was built in a Gothic style under a natural rocky arch high in a mountainous wall to make enemy access to it more difficult.

It later passed into private hands, and was used as a vacation and hunting lodge by the owners.

The entry tickets included audio guides which give you commentaries about the rooms, passageways, the inner church and life in the castle hundreds of years ago.

Nearby are the Postojna caves.
We spent the night at the Jama Hotel, right at the entrance to these caves.
When we purchased the entry tickets to the cave, they asked us to reserve a time we intended to arrive.

They do not allow individual entry at any time, instead they take groups of people every half hour and they group visitors together with guides, based on the language they speak.

The caves are so large, that visitors have to ride a small train inside for the first two kilometers.
The small choo-choo train takes you through some breathtaking drip-formations.
We then walked through the deeper recesses of the cave, following a circular path, for about an hour and a half after we were dropped off by the train.
Then we took the train again back to the surface.

I have visited many caves around the world through the years, but this one is the most impressive I have ever seen.

It has giant dripstone formations that look like mighty sculptures, curtains made of dripping minerals hanging from the ceiling and huge cathedral halls filled with columns and pillars, all created by Mother Nature.

About thirty minutes’ drive south of Postojna we next visited the beautiful Skocjan caves.
A UNESCO World Heritage site, these caves are very different from the Postojna caves.

The Skocjan Caves have a fast moving, roaring river running through them, and the visitors’ walkways are hung along the cave walls.

These narrow walkways first were developed by the locals who discovered the hidden caves more than 100 years ago.
They risked their lives to carve the walkways, stairs and paths inside the caves, above the roaring river.
They ventured little by little into the caves, bringing with them handheld torches, ropes and tools, to build those hair-raising stairs and dangerously narrow paths.

These days, the paths are solid and dimly lit and look like an art installation, as you traverse them inside the caves.

When visiting the Skocjan caves, you have two options.
The first is to visit the main caves, which takes about an hour and a half and includes 500 stairs and narrow walkways.
For those who want also to see the surrounding landscape along the river, there is an additional route which includes walking for an extra two hours through another cave system and through a path that zigzags along and above the river.

We took the longer route after we had completed the first route, and had a fabulous time hiking in the rain.
Very few people continued on the longer route, which felt more quiet and peaceful.

Beside visiting the caves, there is not a lot more to do in the area.
We ate a lovely dinner at our hotel Jama right by the cave, and on the next night when we stayed at the lovely Bed and Breakfast ‘The Yellow Dream House,’ we did a day of intermittent fasting and skipped dinner all together.

On this trip, we decided to do one day of fasting followed by three days of eating.
We are also trying to walk long distances daily, not just to sit in the car.

Our pilgrimages have made us adore walking, and we miss walking on days that we have no opportunity to do so.

I am adding photos of the Predjama Castle and since photography is not allowed inside the Skocjan caves, I was only allowed to photograph the landscape on the second route.

On a separate post, I will post photos of the amazing Postojna Caves with its many drip formations.

Sending you many blessings,
Tali