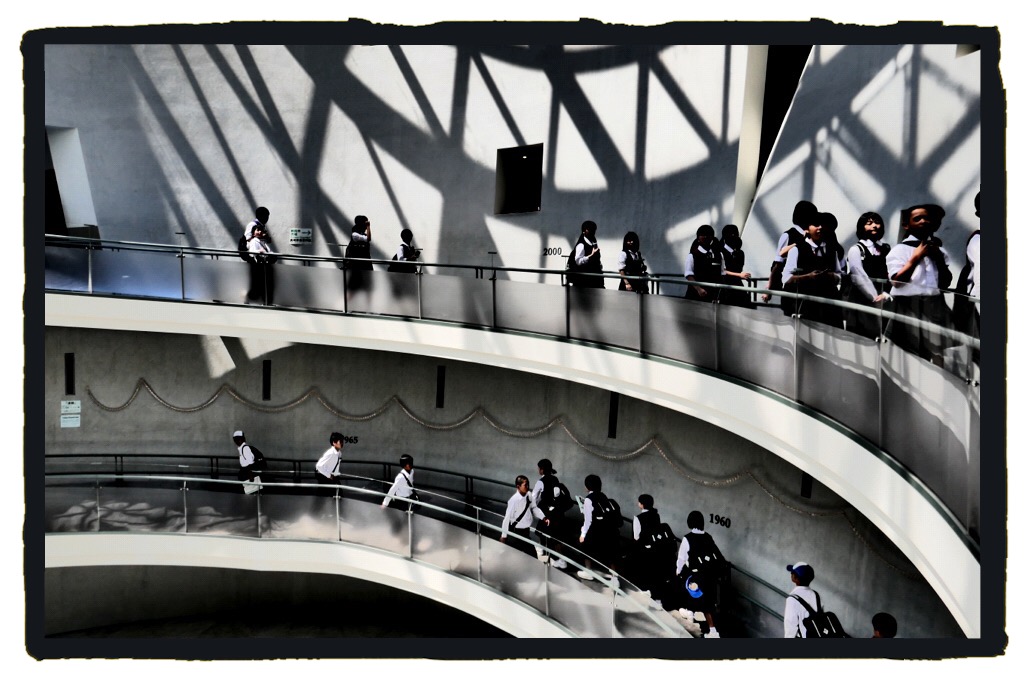 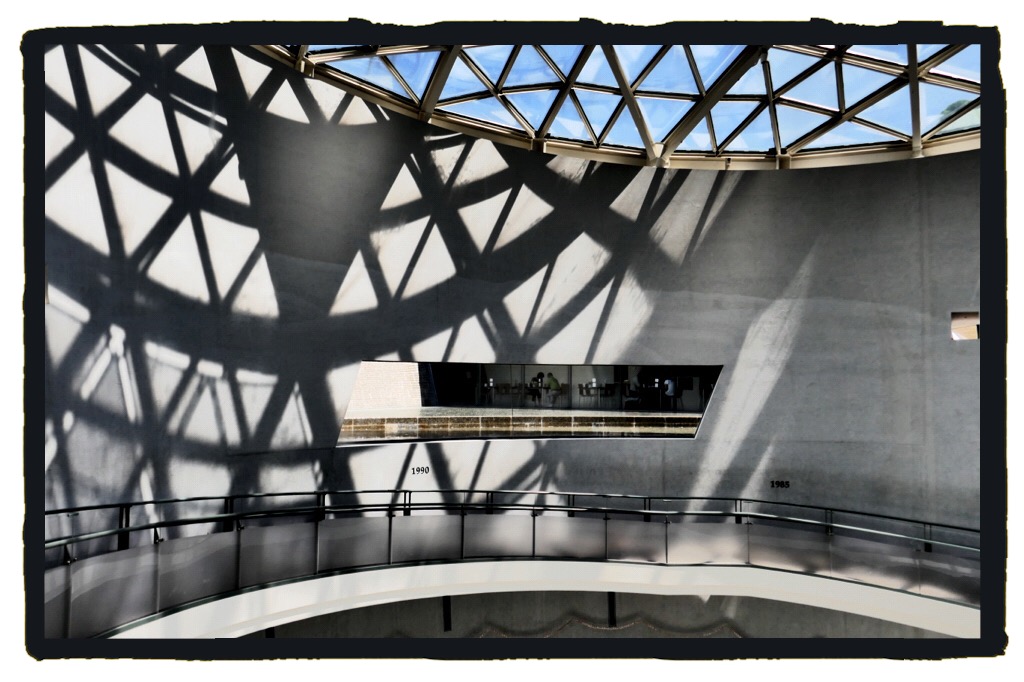 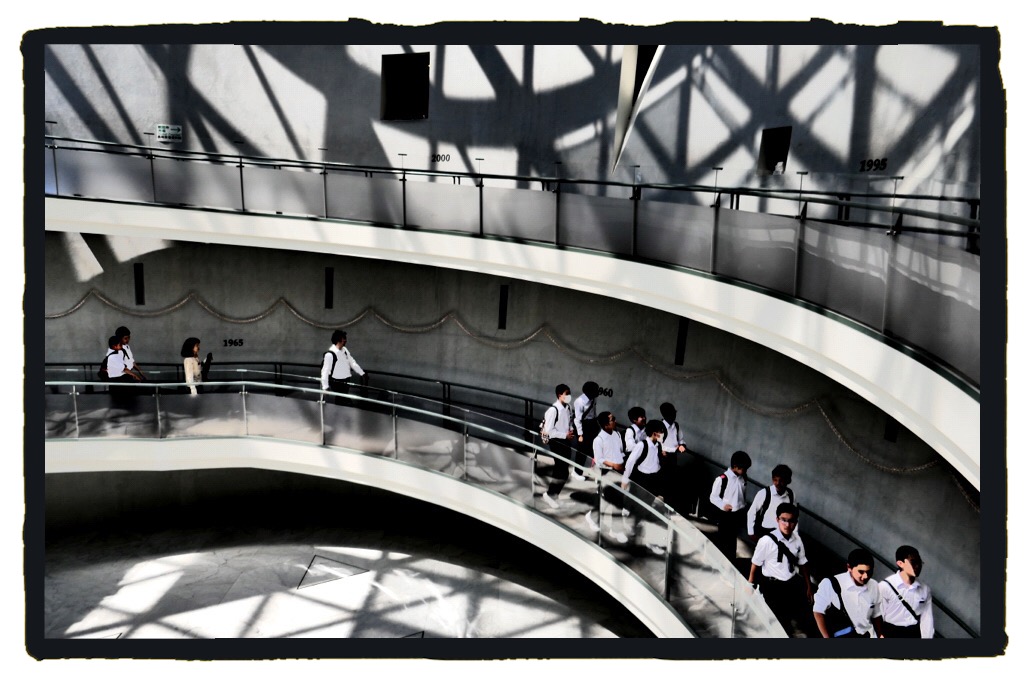 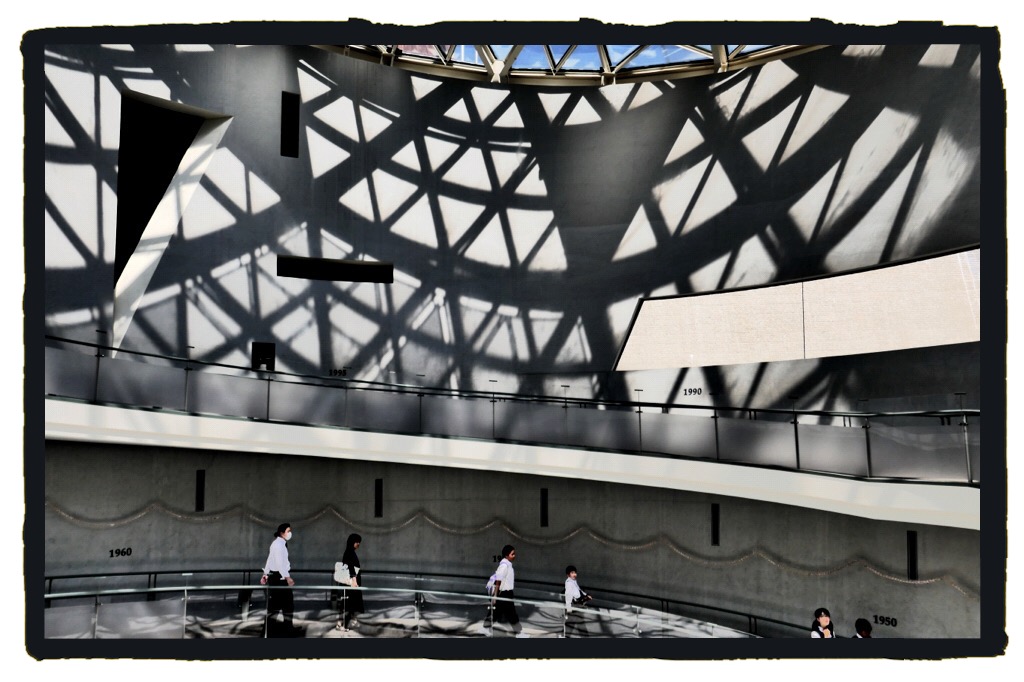 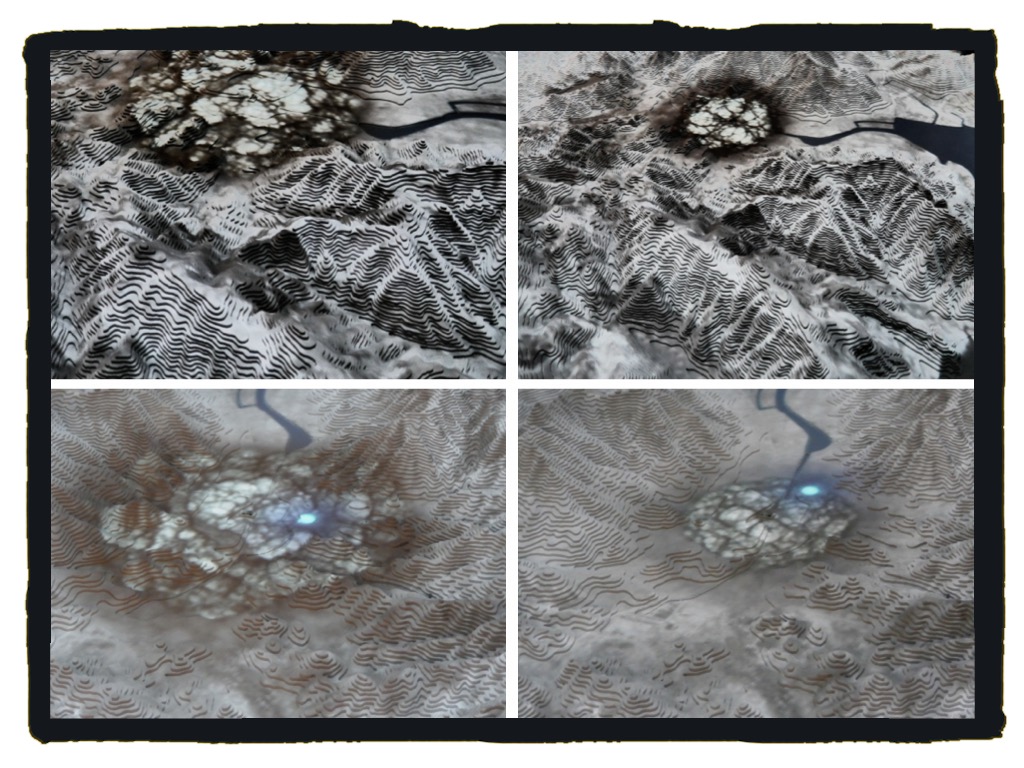 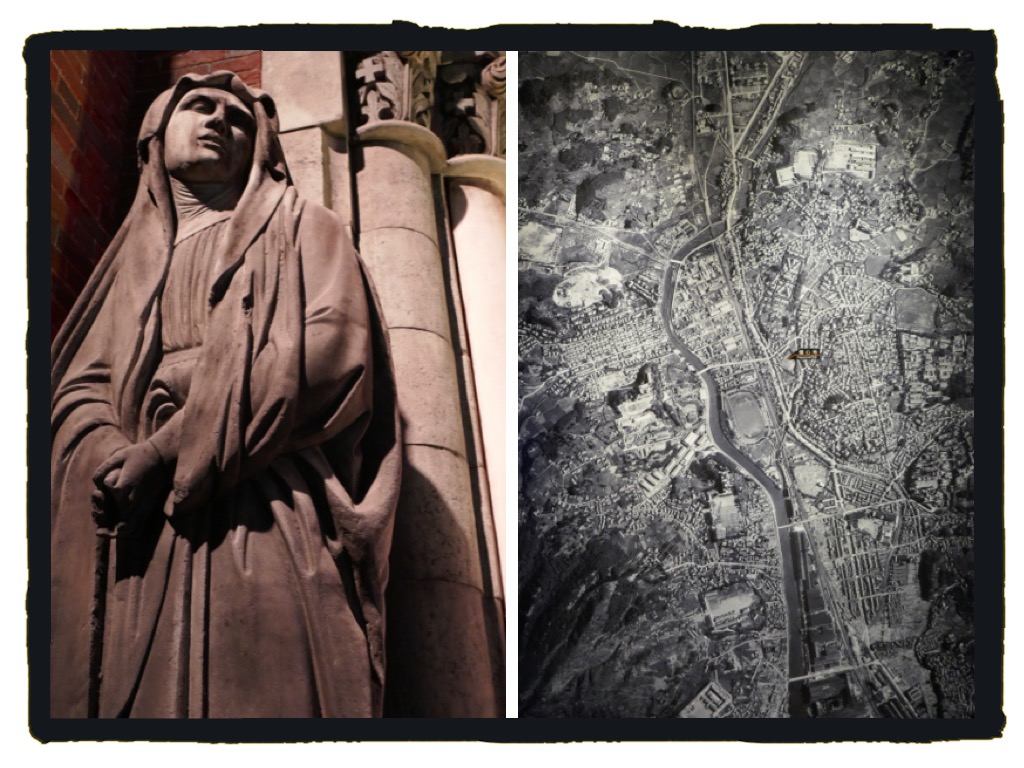 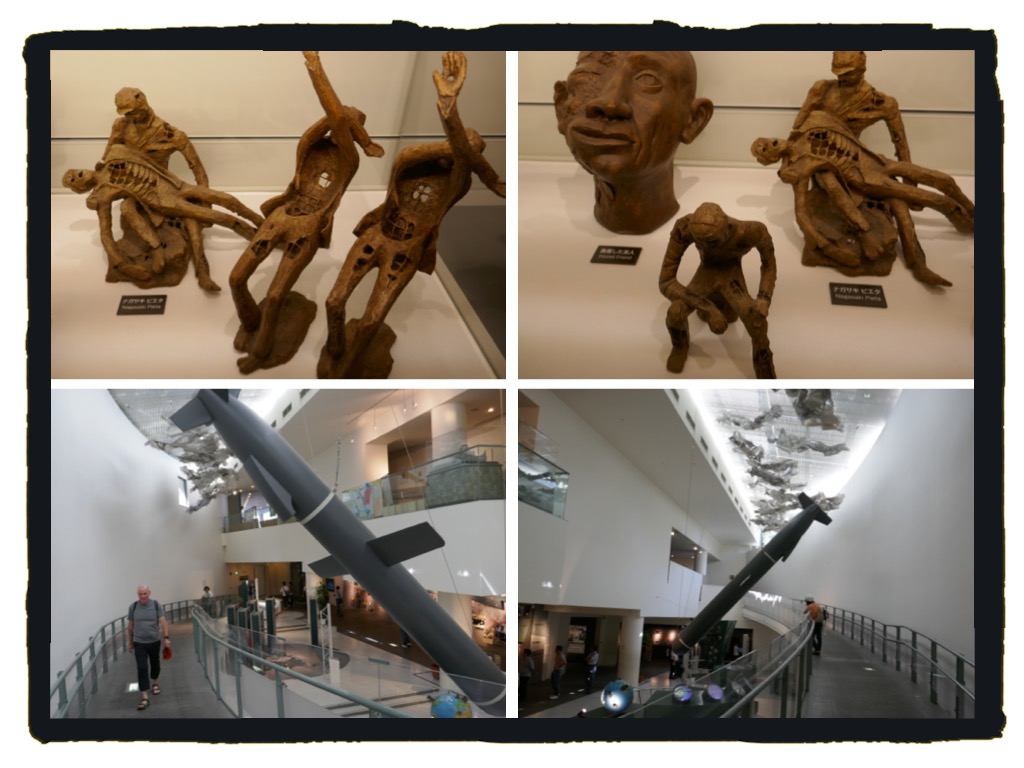 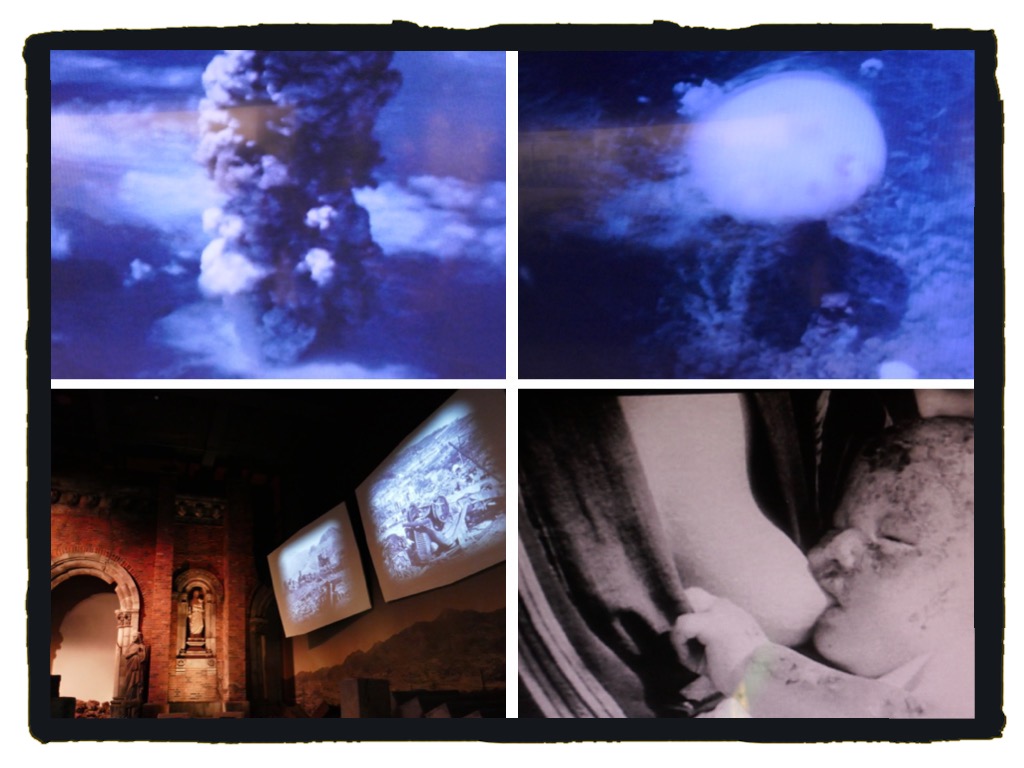 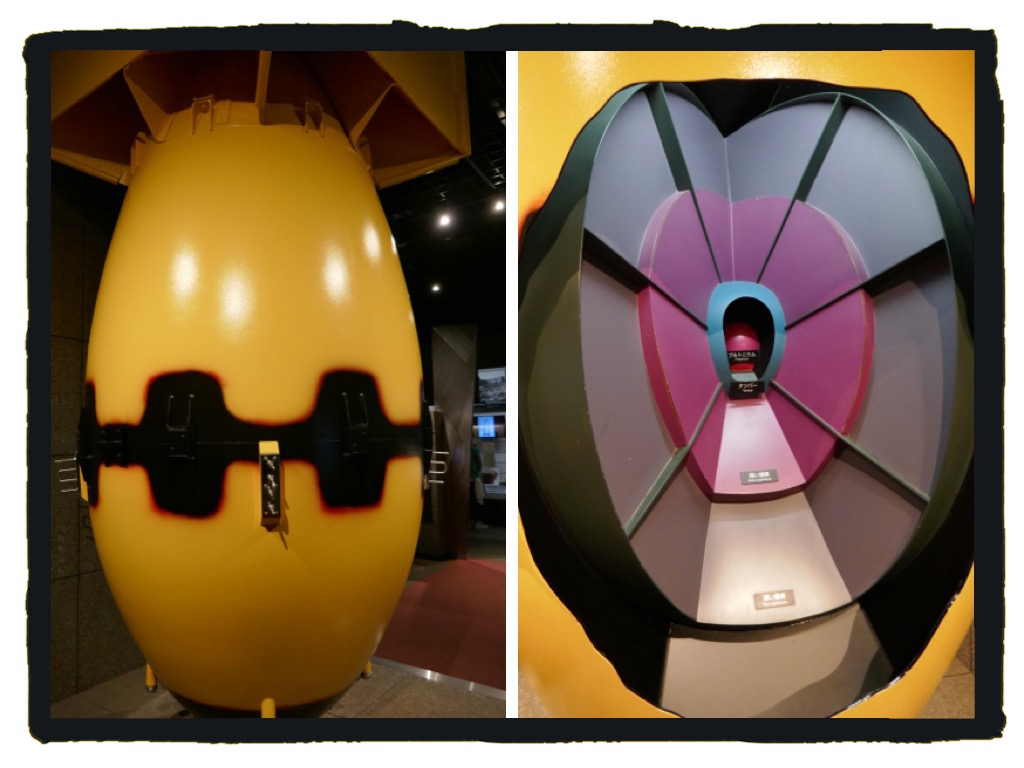 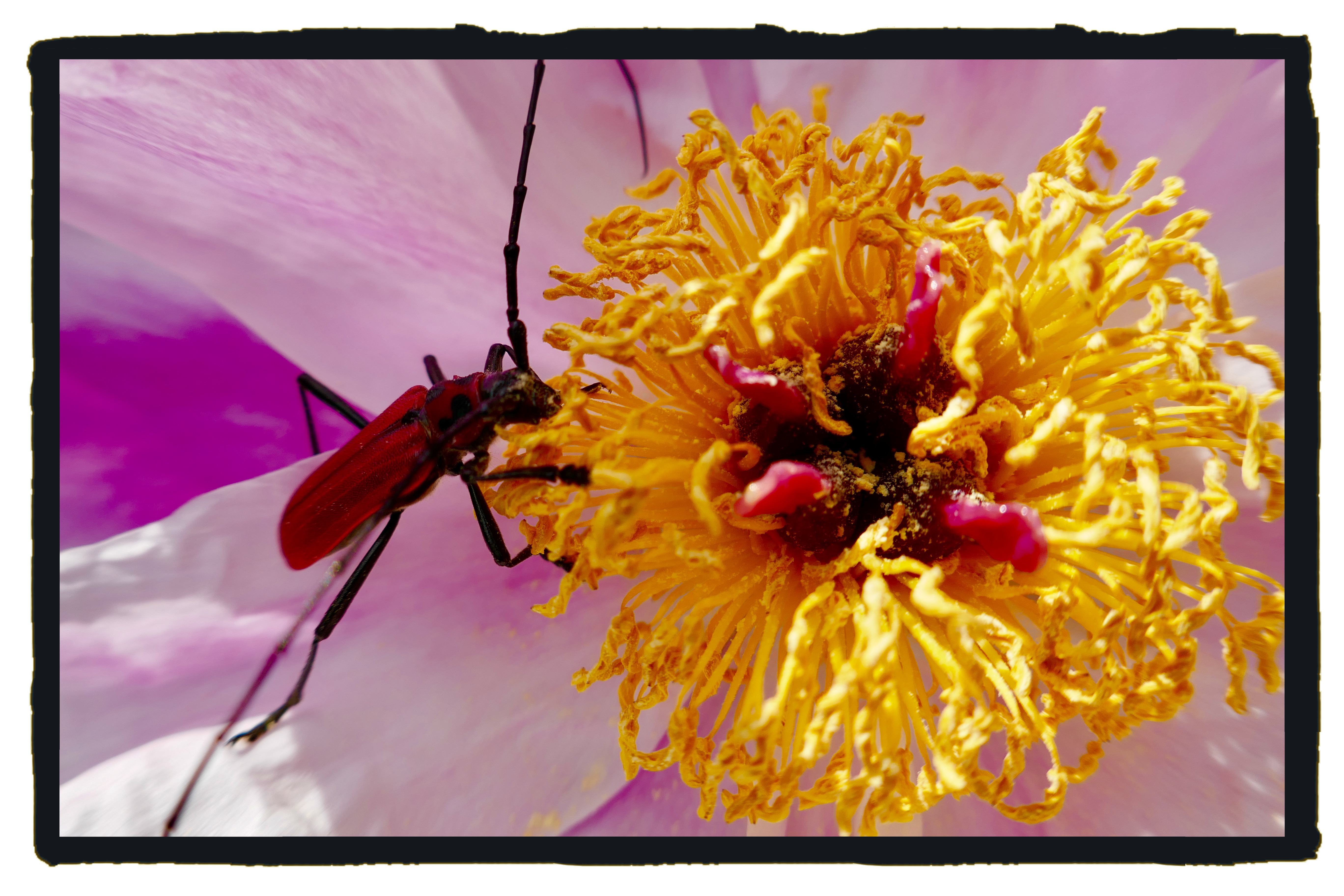 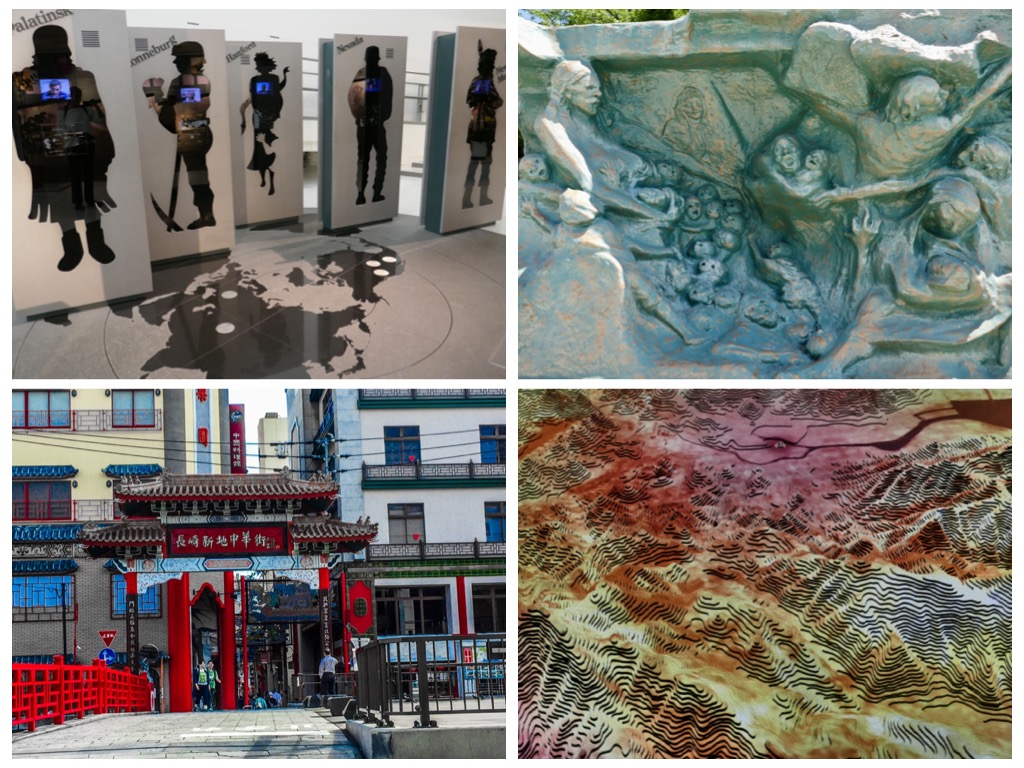 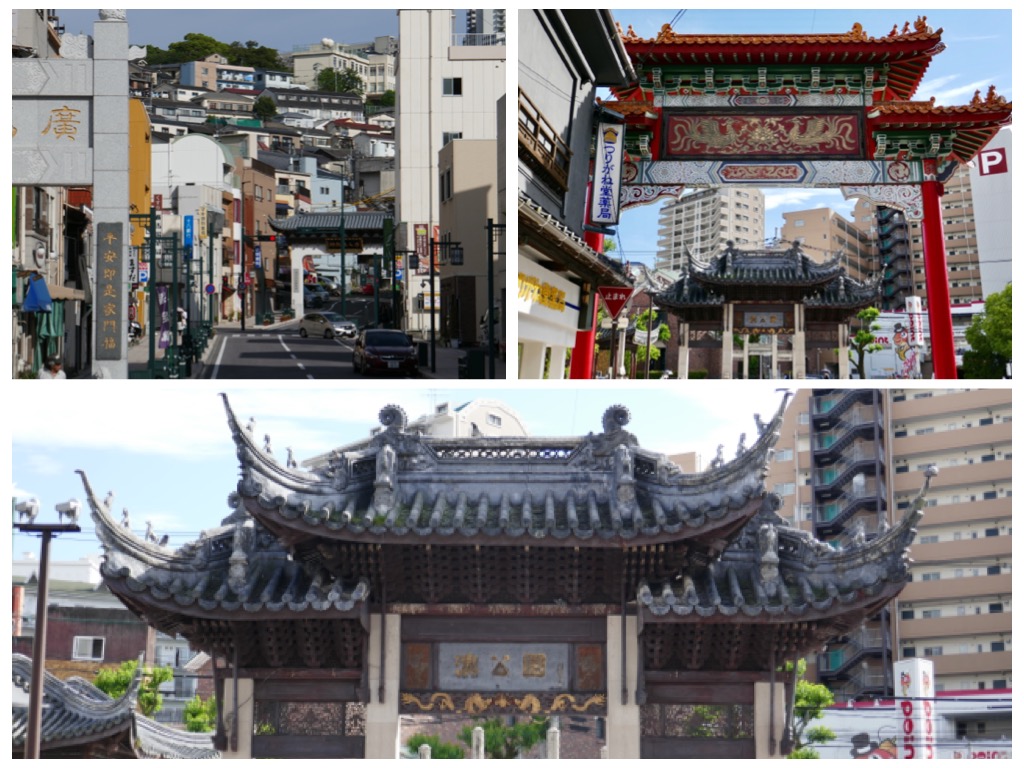 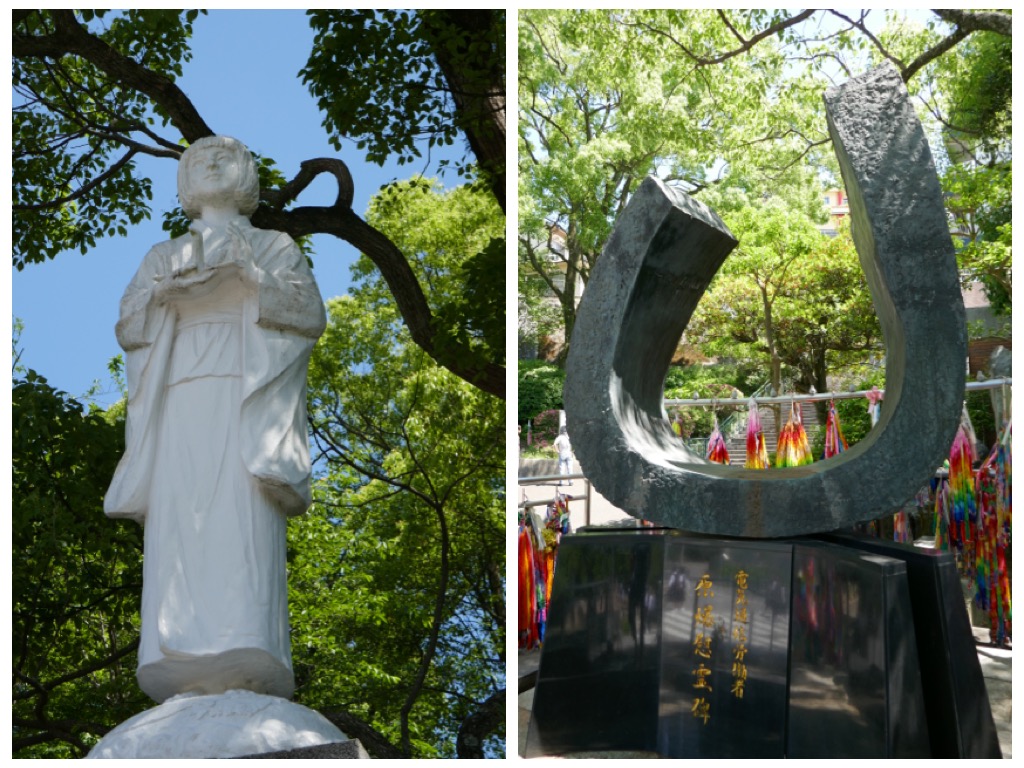 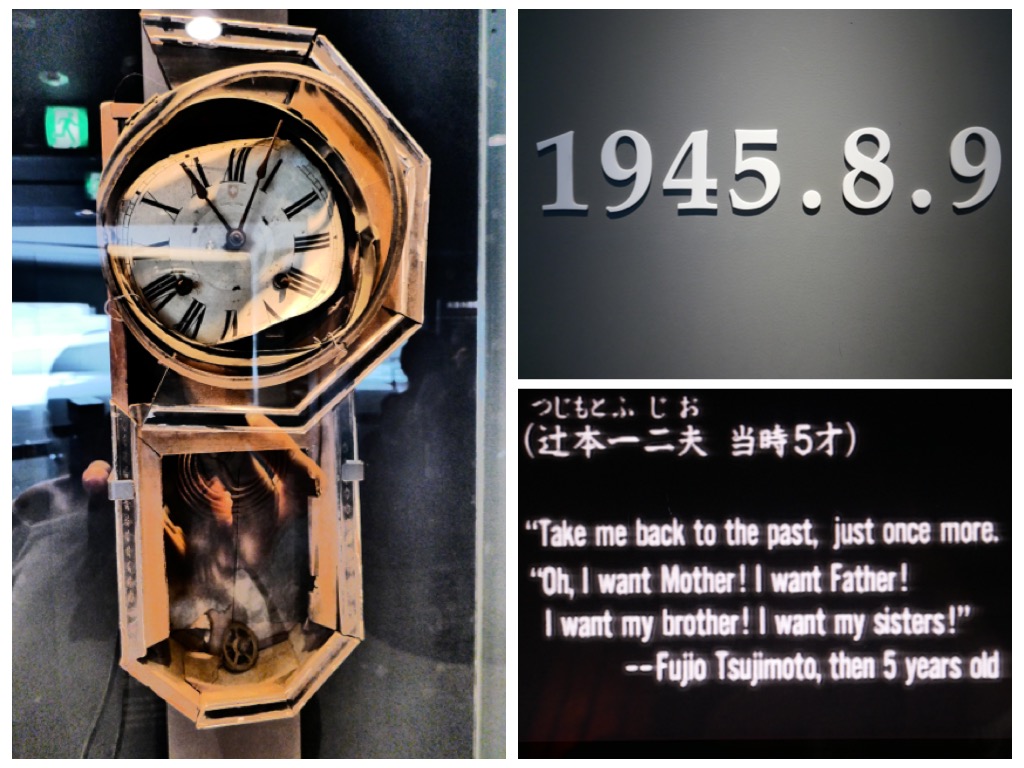 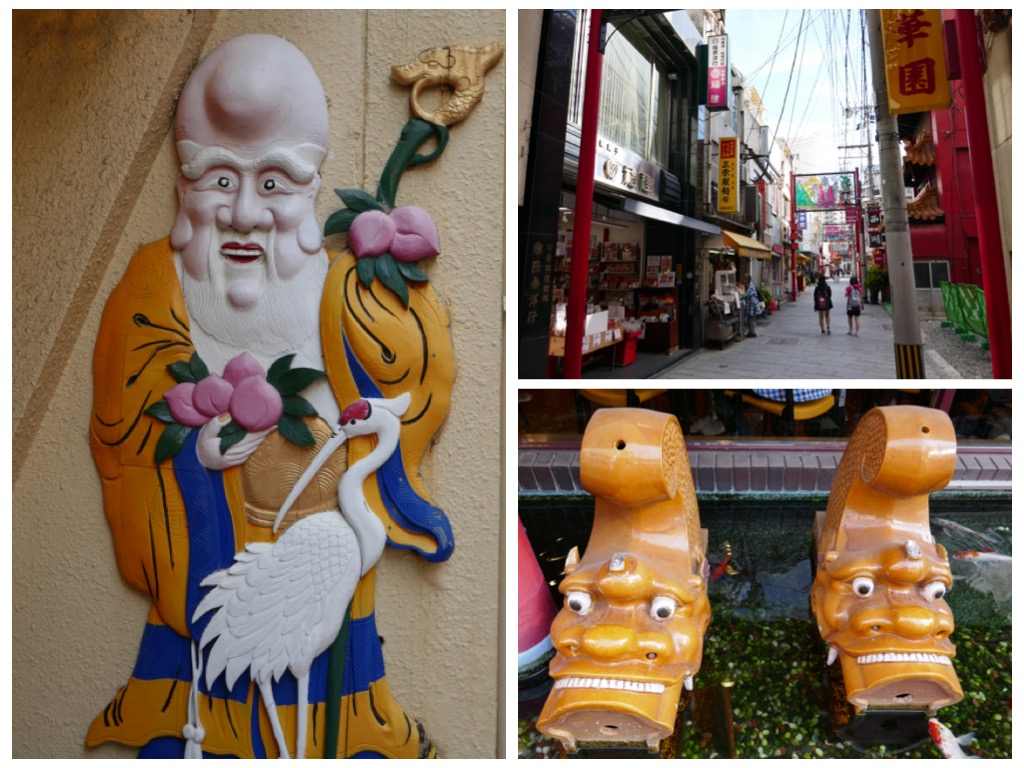 We walked down the spiral entrance path in the peace memorial hall in Nagasaki.
The years were written on the walls around us,
2017, 2010, 2001, 1995, 1990….
We were counting the years backwards,
Spiraling downwards,
We were walking backwards in time….

If only we could walk back in time so easily….
Just as we were walking down that spiral path…

1945 was the year the “Fat Man” was dropped on Nagasaki.
“Fat Man” was the code name of the US Army for that bomb,
Because it was mean, big and fat.

The atomic bomb that got dropped over Hiroshima,
Was code named “Little Boy.”

Don’t let the names mislead you.
Many more died in the terrible bombing of Hiroshima, than they did in Nagasaki.

When we reached the exhibition hall after walking back in time,
I read this on the screen:

“Why did they choose Nagasaki?”
I asked the volunteer at the museum who narrated the exhibition for Jules and myself.

“Because the Mitsubishi Armaments factory was located along the shores of Nagasaki.
They are still here, in the same location, but they no longer make war ships.”

“Actually,” said a Japanese woman who was also visiting the museum, in perfect English, “They did not plan to drop the bomb on Nagasaki, but on the city of Kokura.
But the weather above Kokura was very cloudy and they could not see the target.
So they went to the backup plan, to drop it on Nagasaki.
But the weather over Nagasaki was bad as well.
They almost turned around and went back because they were running low on fuel, but then the sky cleared over Nagasaki and the rest is history…. who can really tell why the clouds parted right at that moment?….”

It was cloudy when we left the peace memorial hall.

We signed our names to a petition to eliminate nuclear arms around the world, and left with heavy hearts.

We stayed in Hotel Monterey while we visited Nagasaki, which is centrally located and has some Portuguese design touches.

The city has a hilly Dutch neighborhood and an old but fairly small Chinatown with a famous Confucius shrine.

Many hundreds of tourists were offloaded from a cruise ship and they walked around the city in large groups, their guides running at the front, holding different color flags and yelling loudly in Chinese.

In the same way that all Italian roads are said to lead to Rome, all Chinese tour groups merged in Nagasaki at the Confucius shrine.

I wanted to see the shrine as well, but it was way too packed with people.

Instead, we did our laundry in a coin operated shop around the corner and went walking around the streets of the city.

I saw Zen Buddhist monks walk the streets of the city as well.
With their shaven heads and black flowing robes, they looked like sober and benevolent angels….

In a corner barber shop, they shaved Jules’ hair except for the little patch of hair in the back of his head, which he started growing in Varanasi India.
It is called a “Sikka” and it is meant to be shaved only when he reach enlightenment.

It is nearly the end of May in Nagasaki, and the weather is fine.

In front of the Nagasaki Train Station, they had an ice cream fair, with many manufacturers of gelatos, ice creams and sorbets from all over Japan.

I had never been to an ice cream fair before,
So we walked around it,

We bought a wild berry sorbet because…..
Well, it is nearly the end of May in Nagasaki, and the weather is HOT….