A Visit To The Rock Garden in Chandigarh India 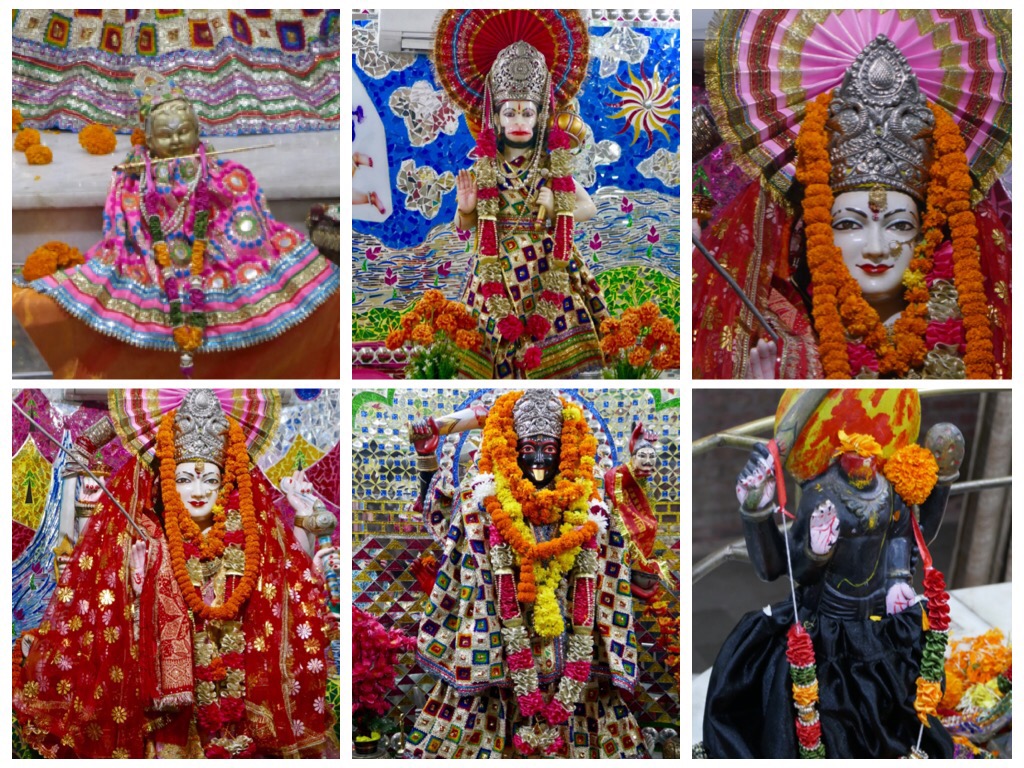 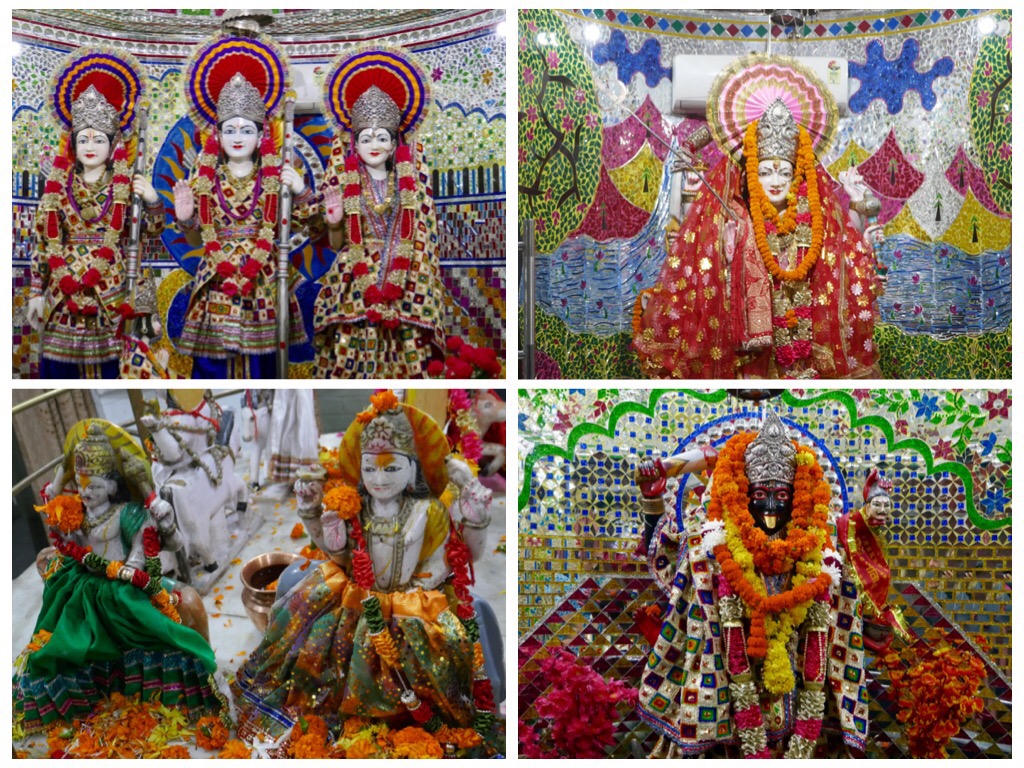 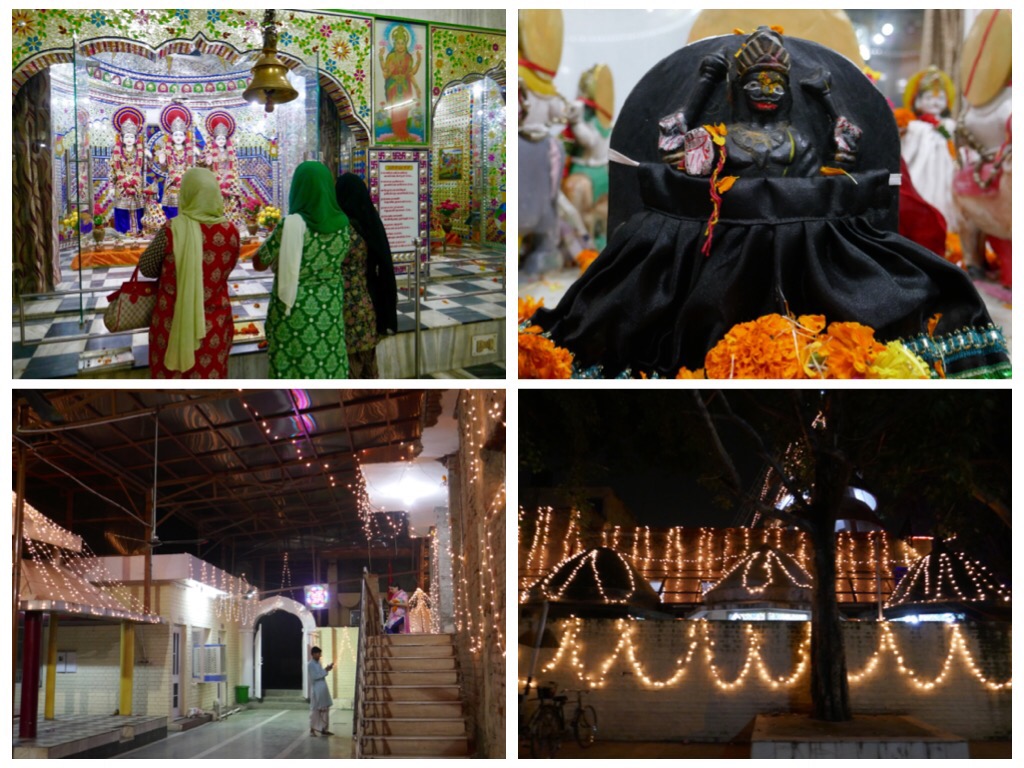 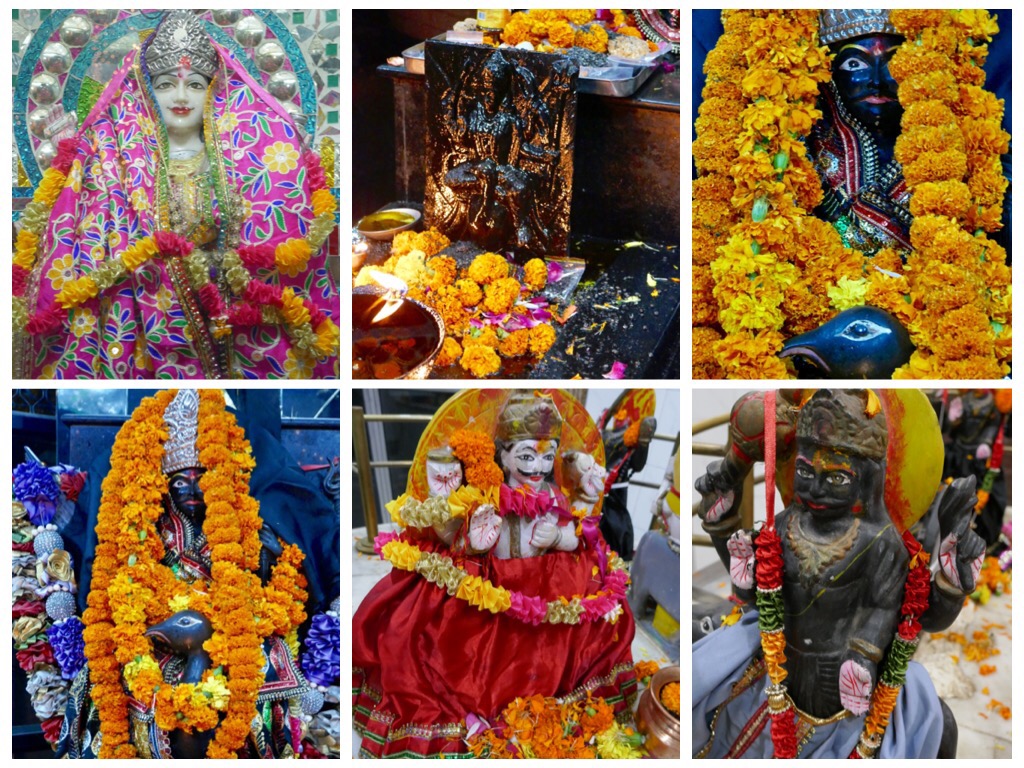 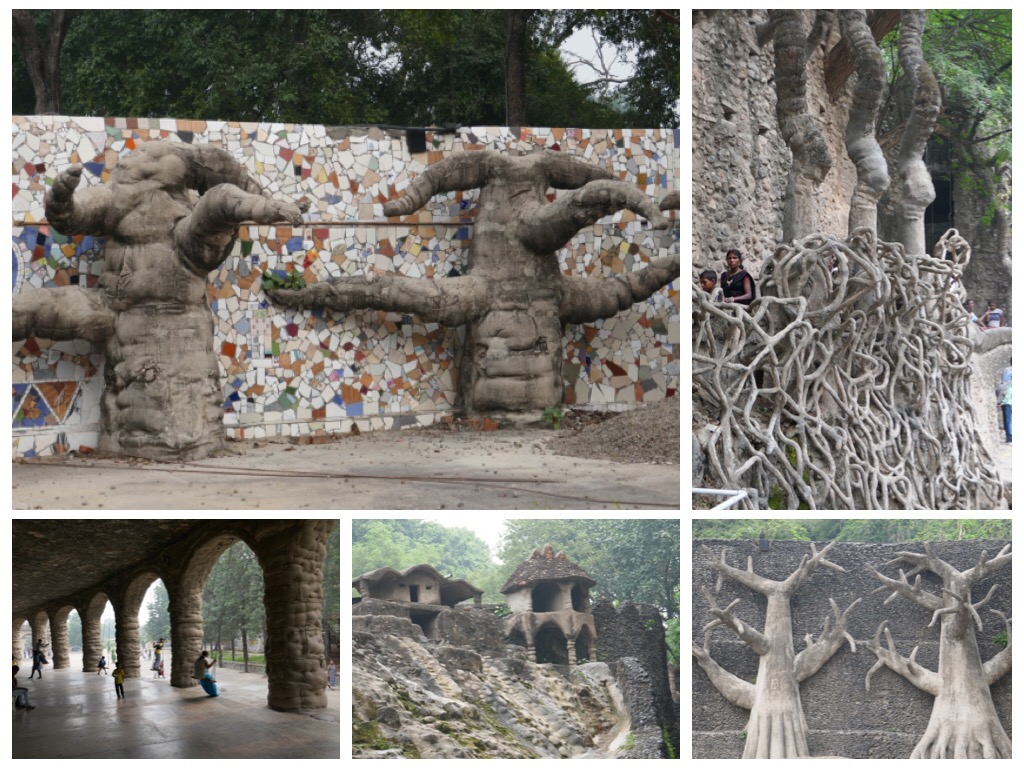 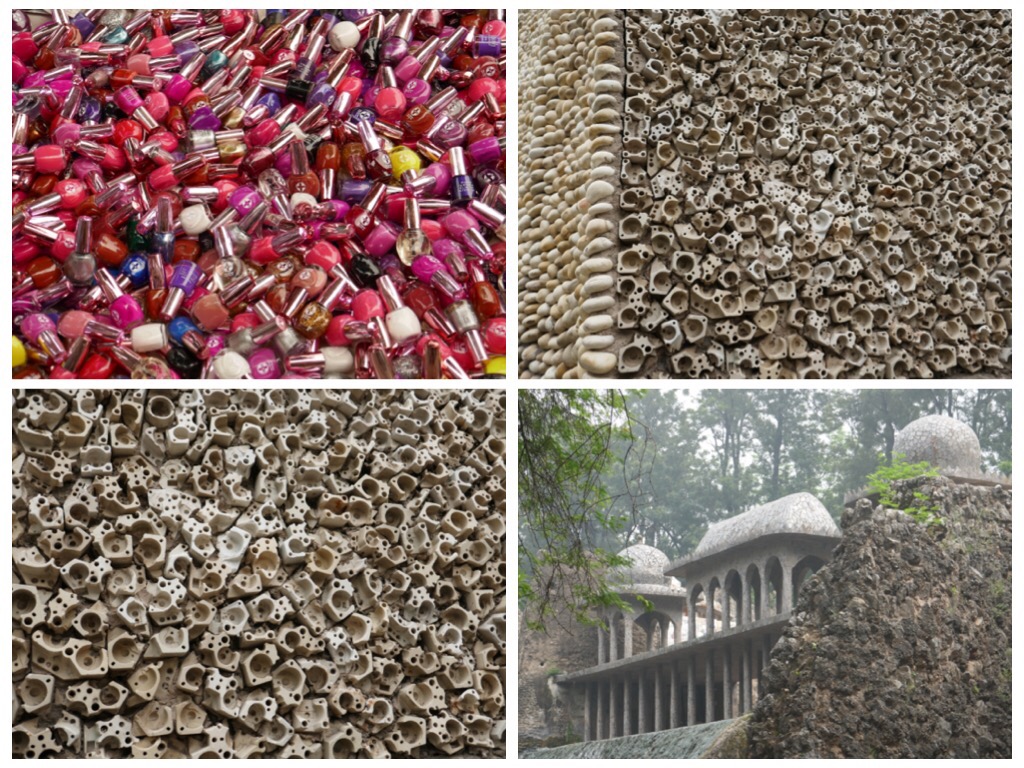 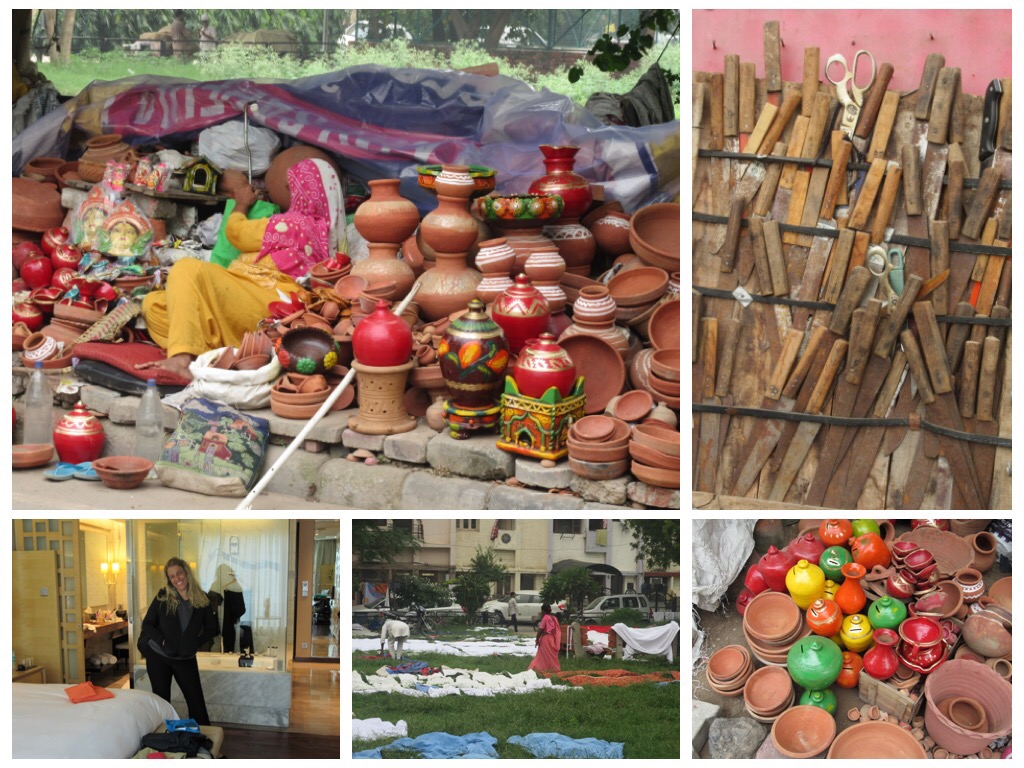 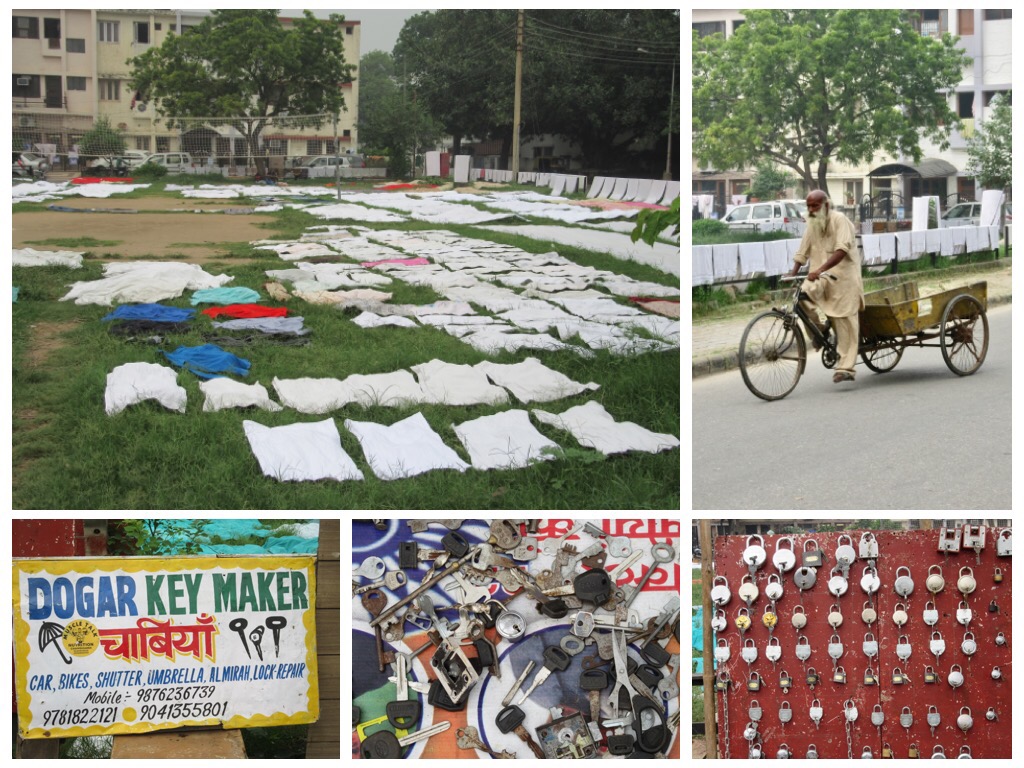 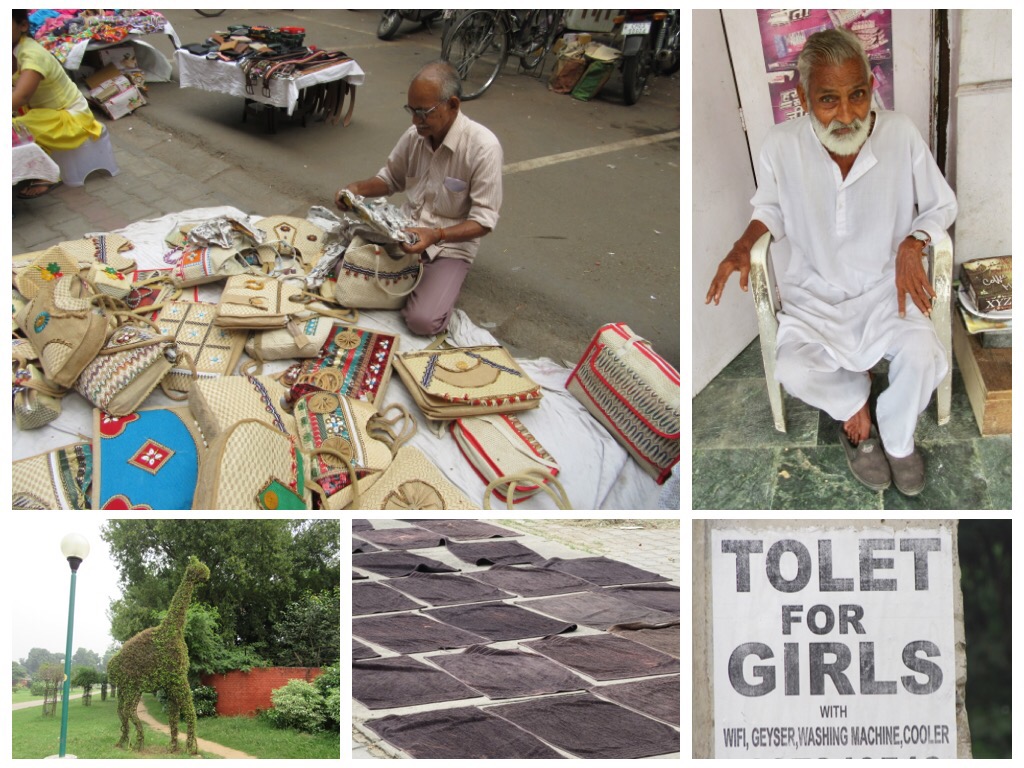 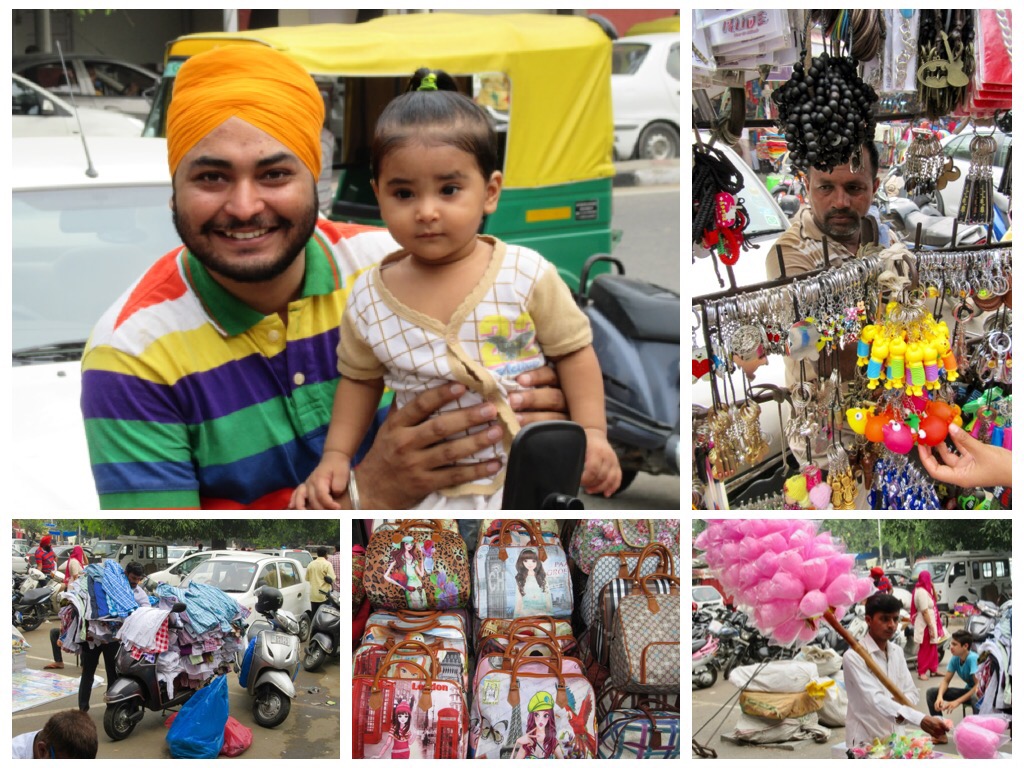 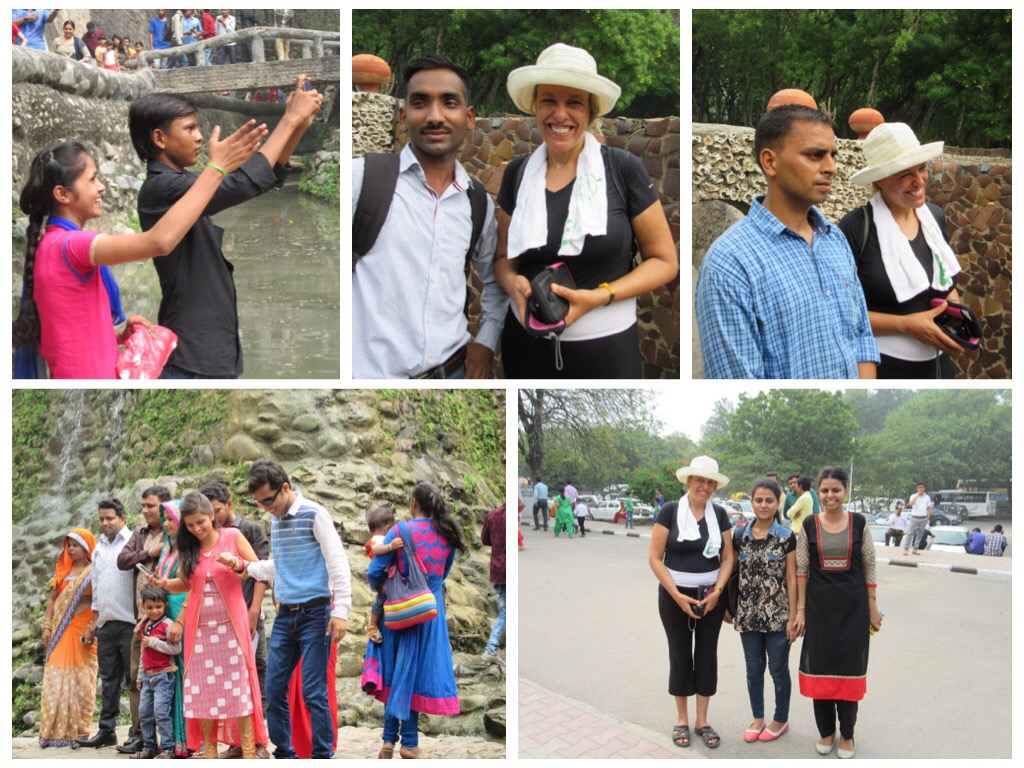 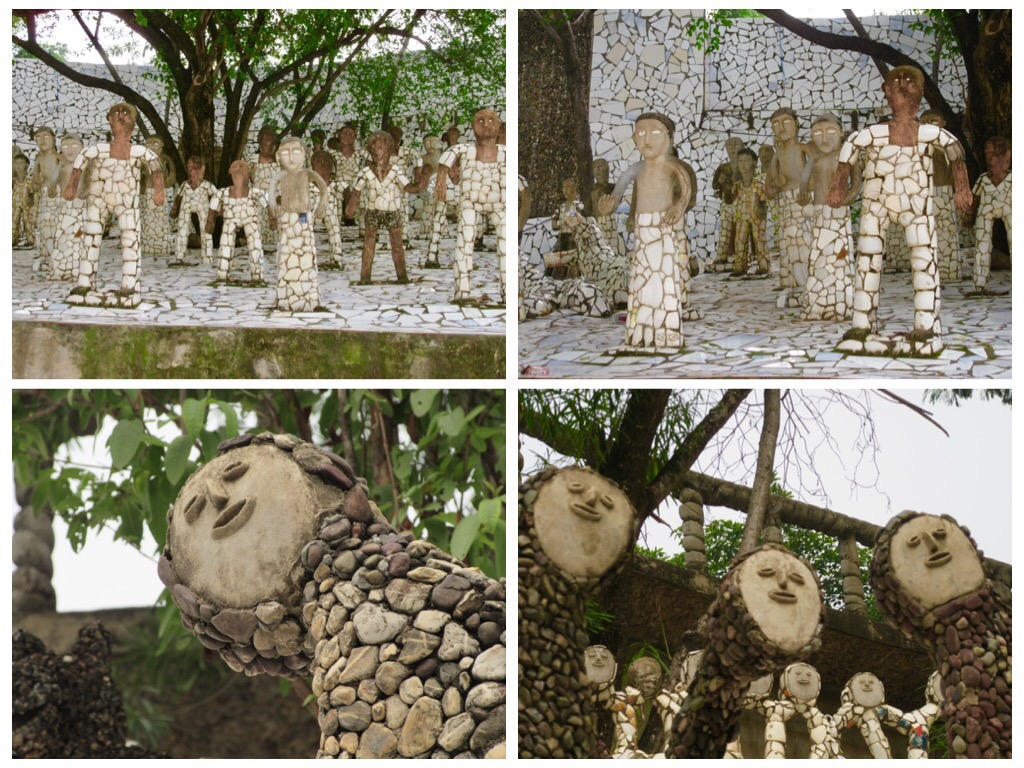 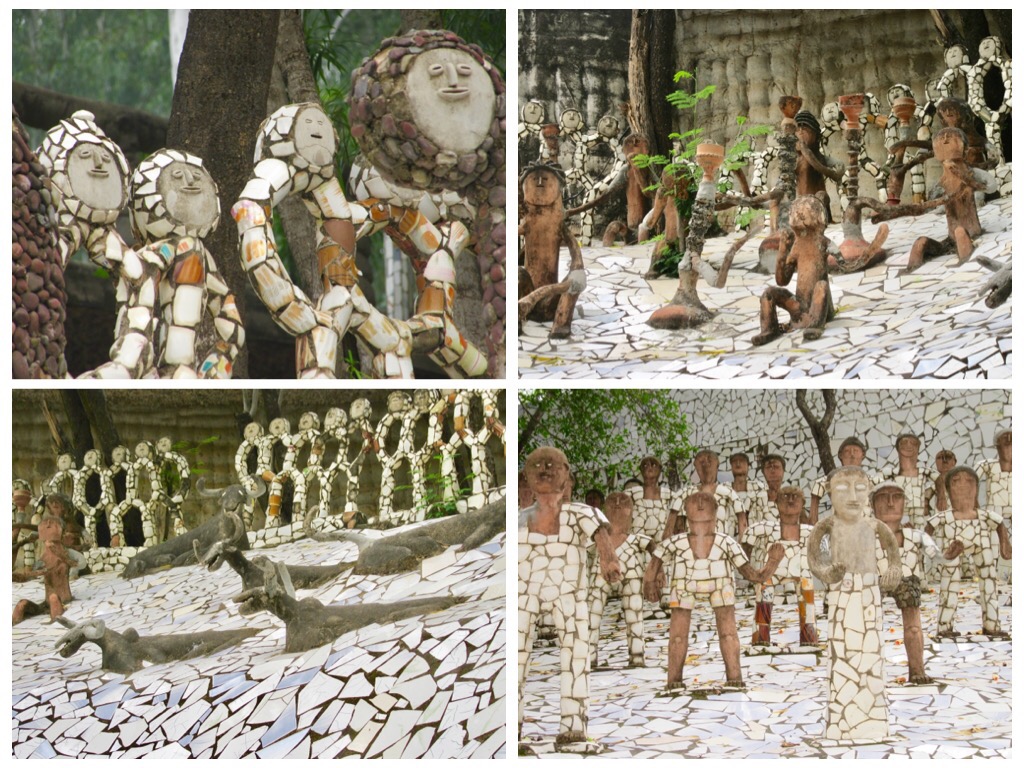 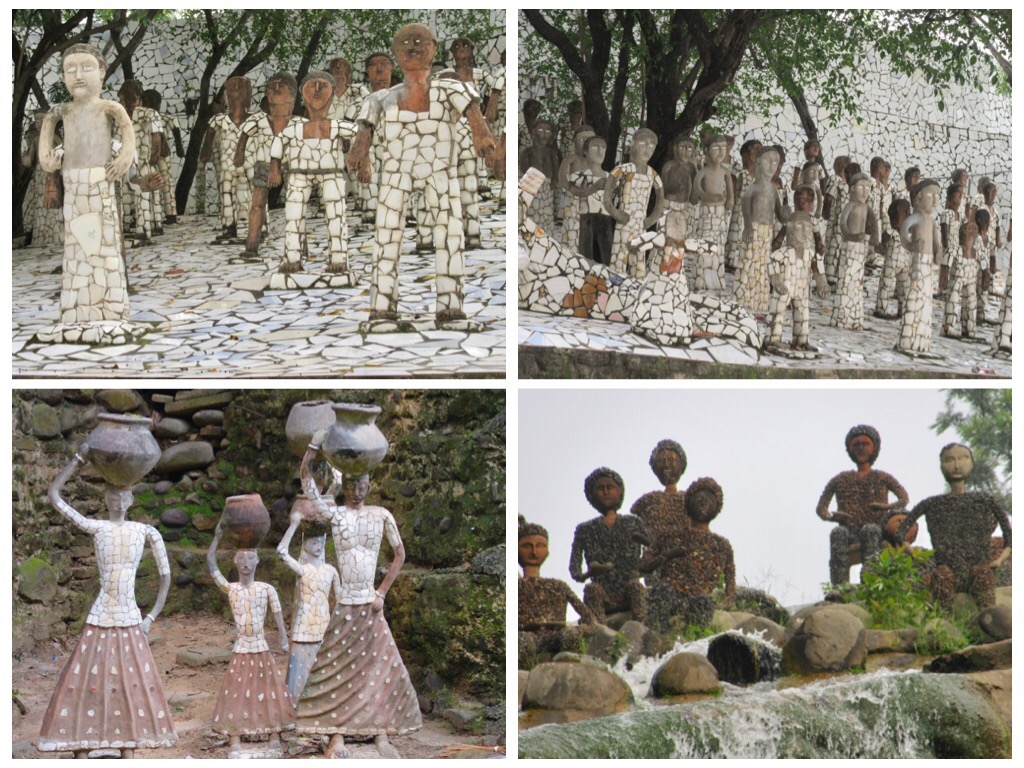 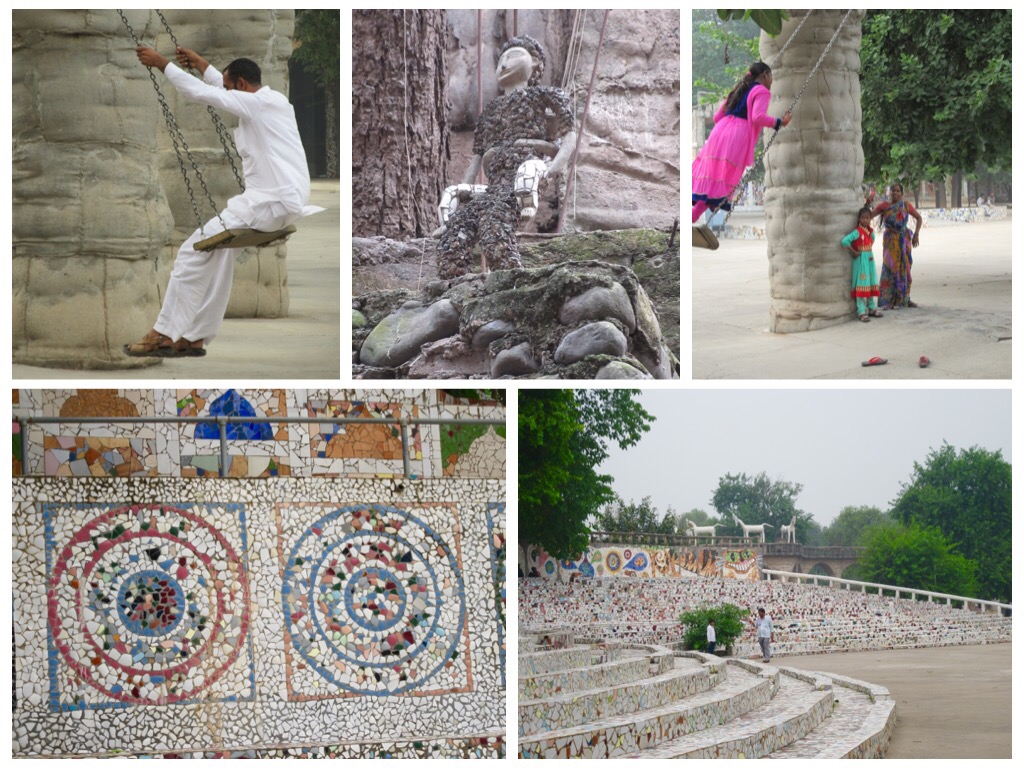 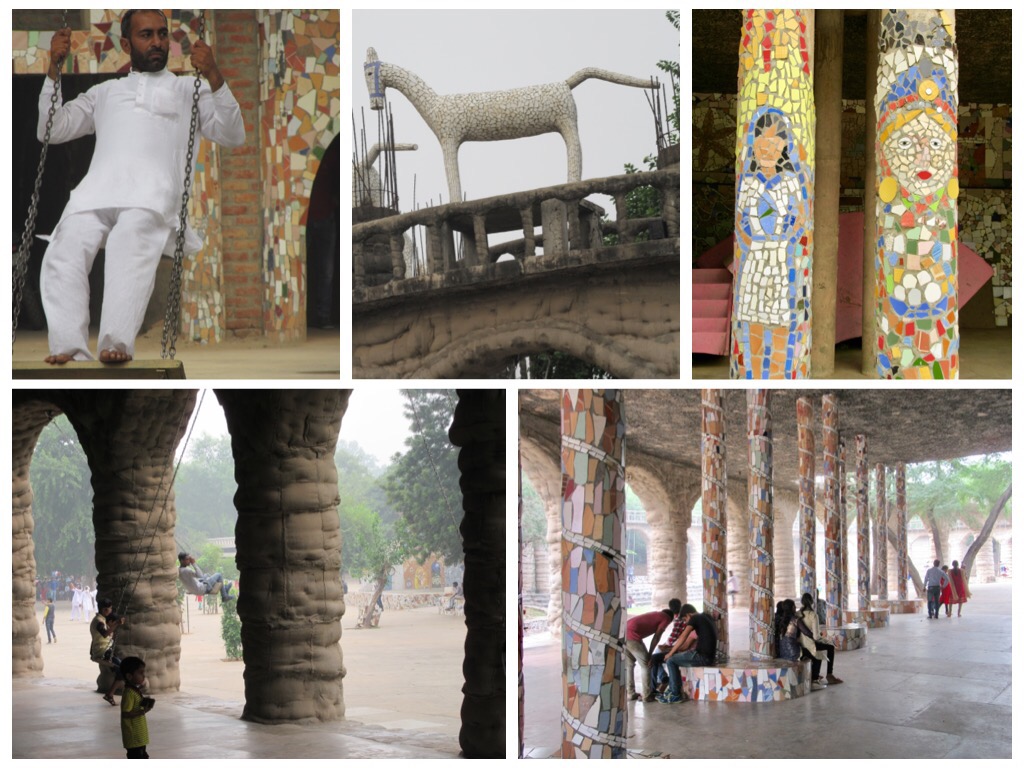 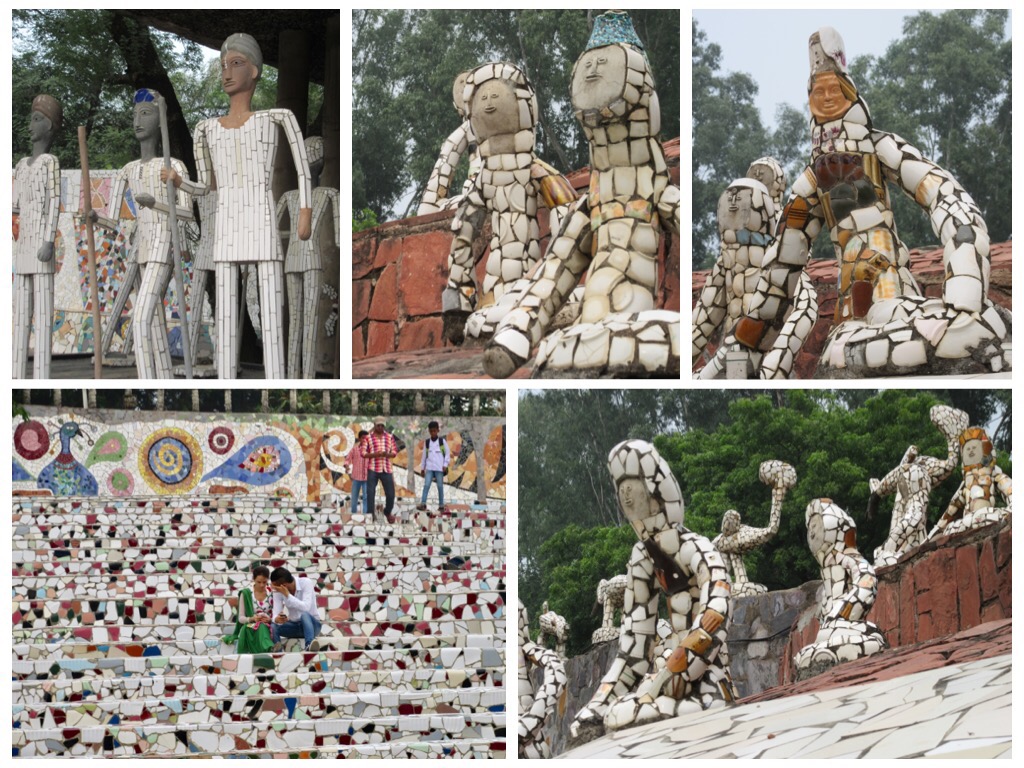 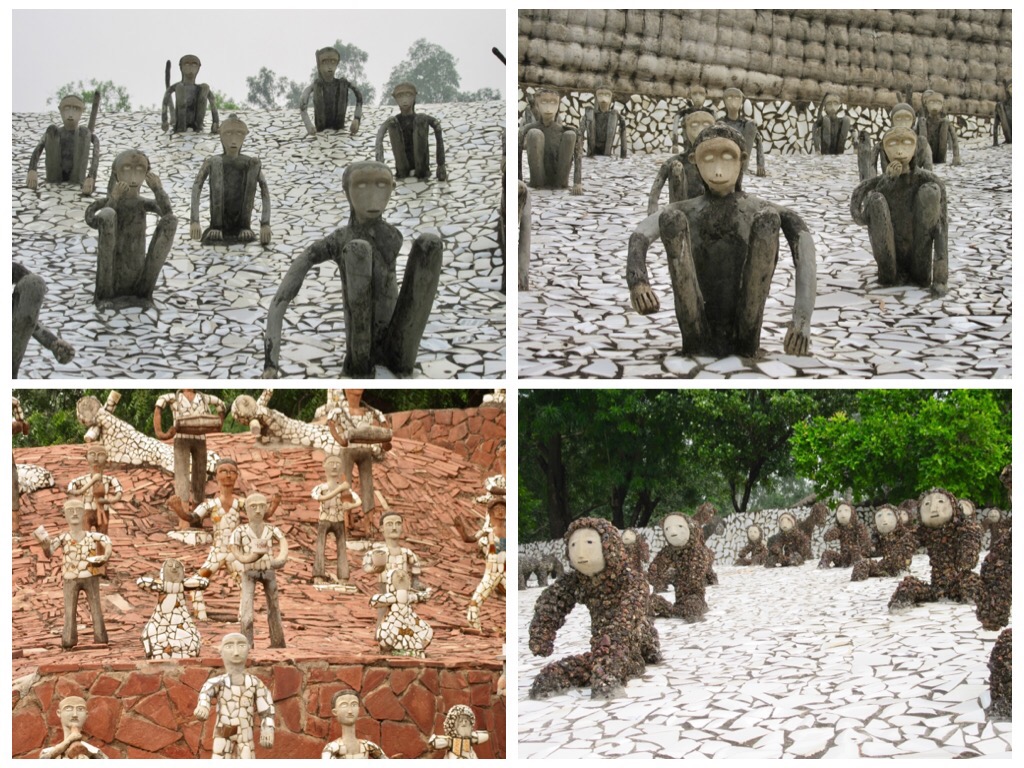 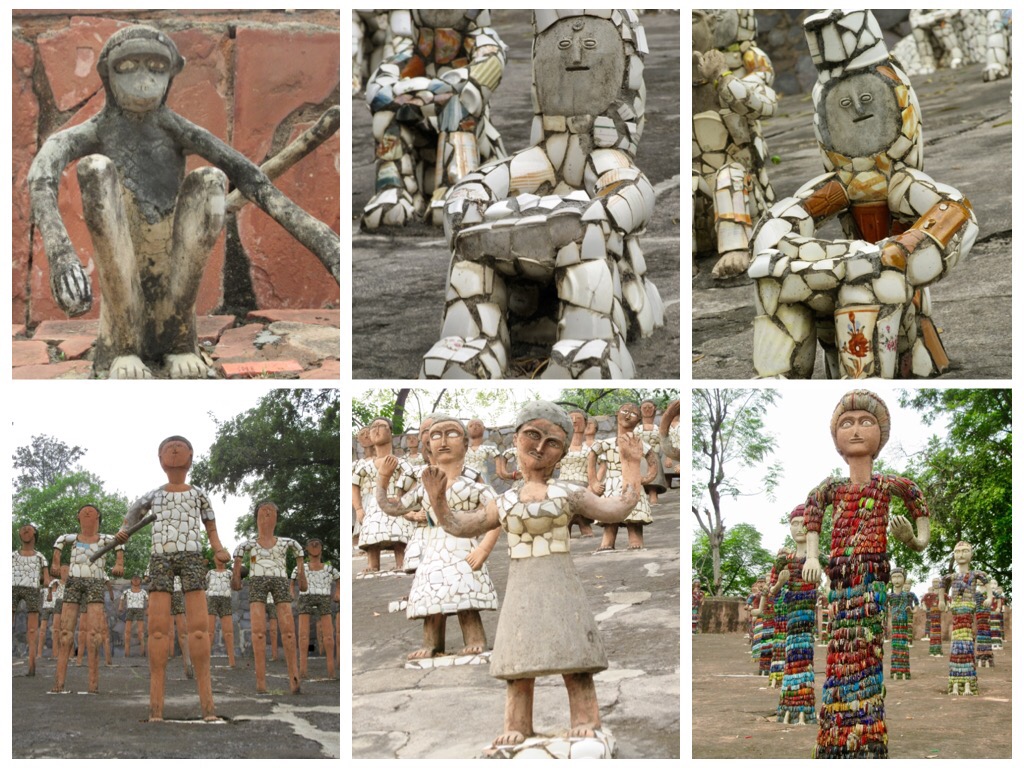 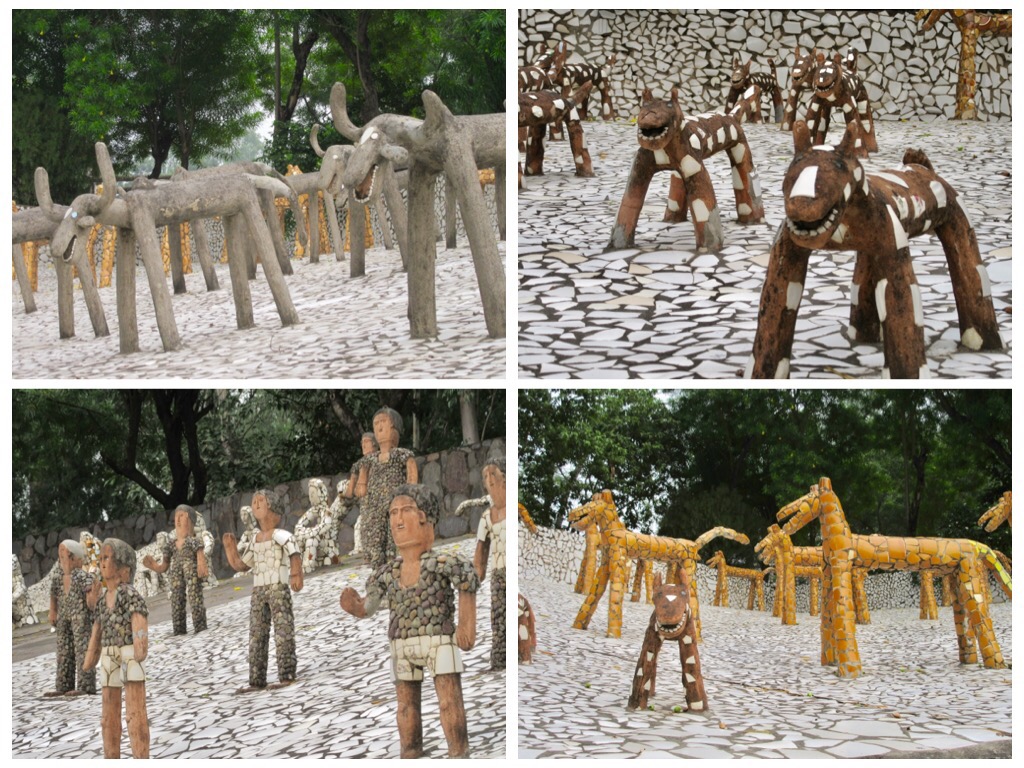 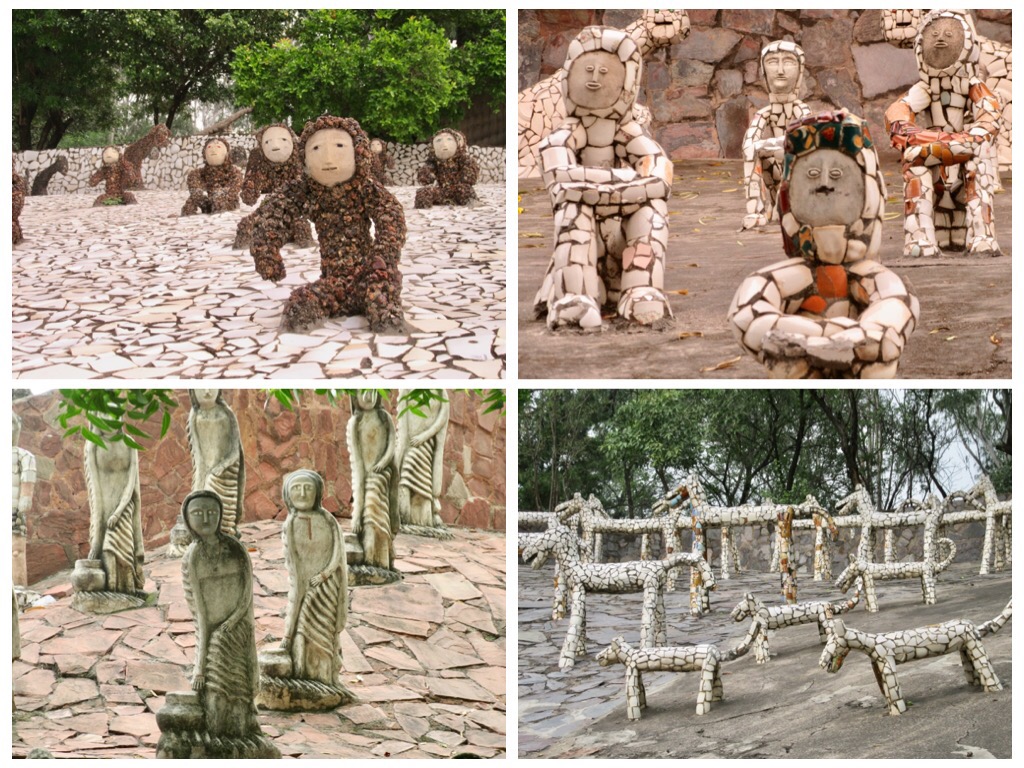 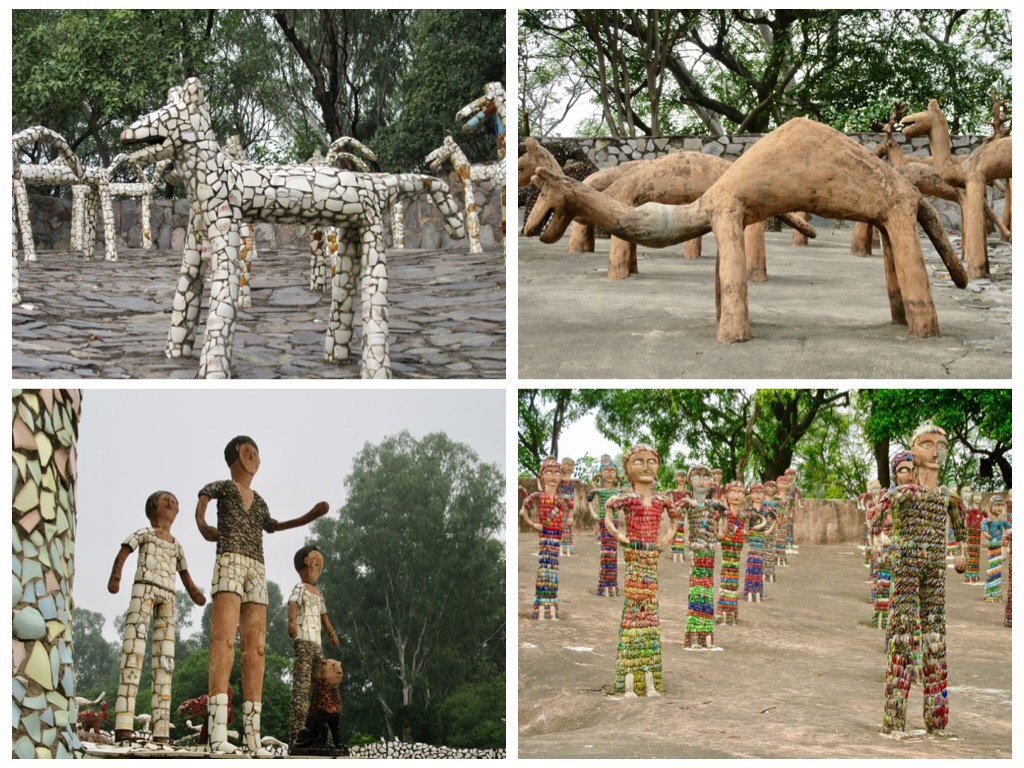 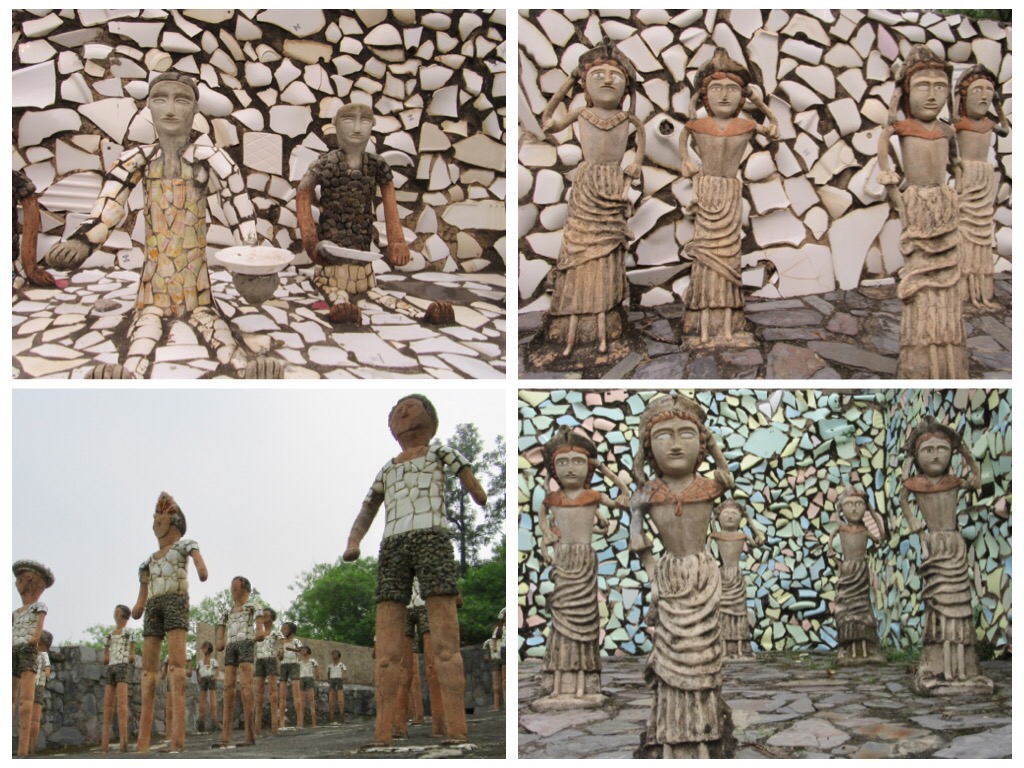 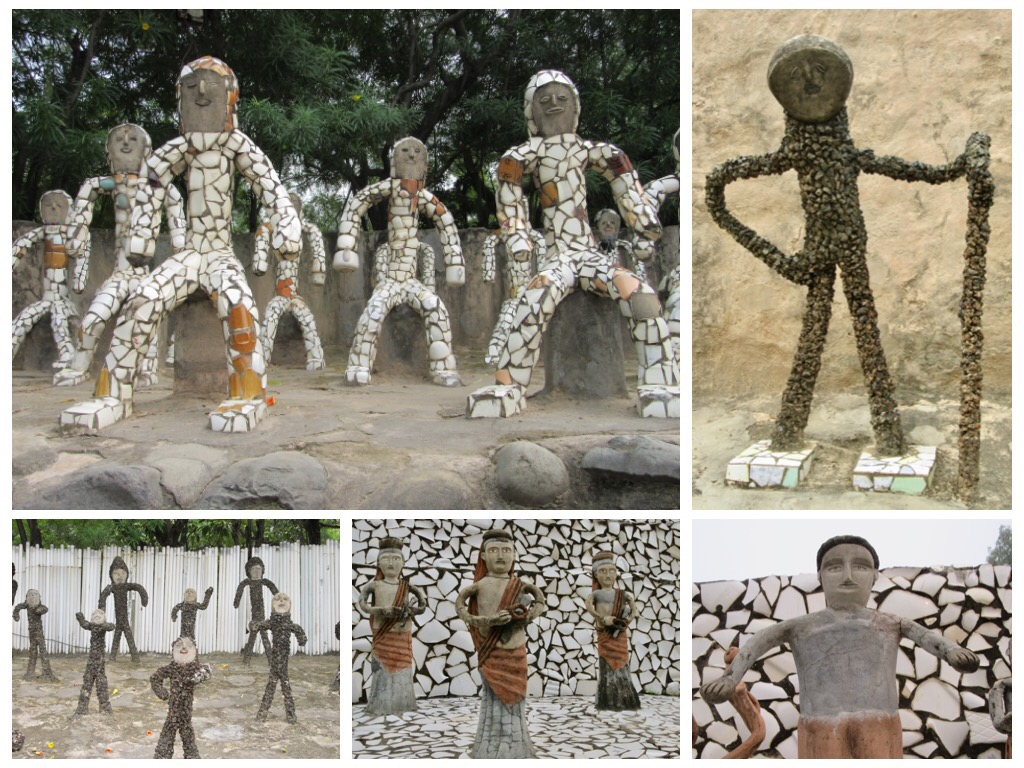 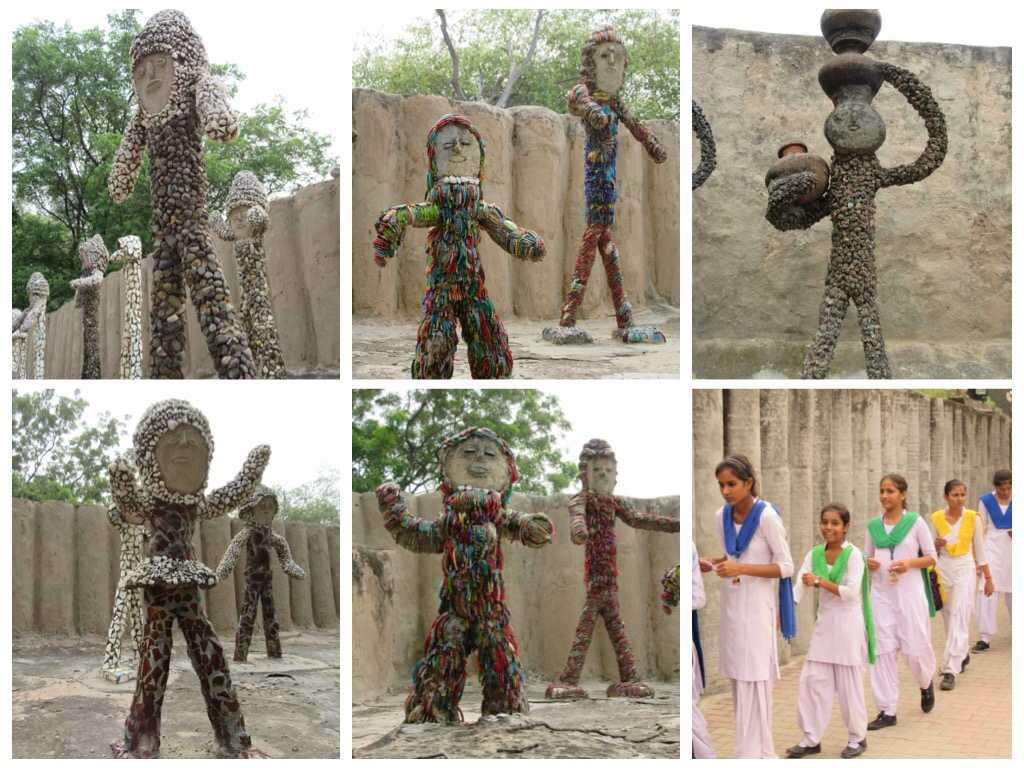 A Visit To The Rock Garden in Chandigarh

“So, Madam, are you enjoying my India? Are you having a good time?”

I was asked this question by a young woman with a bright and sweet face.
She was accompanied by her younger sister, who had an equally sweet facial expression.
We met them at the sculpture park named, “The Rock Garden,” in the city of Chandigarh, in the Punjab.

The state of Punjab is located in the hot and humid Indian plains, down from the foothills of the Himalayas.
The name Punjab literally means “The Land of Five Waters or Rivers,” referring to the following five rivers: the Jhelum, Chenab, Ravi, Sutlej, and the Beas.
All are tributaries of the great Indus River.

We had not come here for sightseeing, but to break up the long journey by car from Manali to Rishikesh.
It is about eight to nine hours of driving on a crowded, potholed mountain road to get to Chandigarh, and from Chandigarh it is another six hours to Rishikesh, depending on the traffic.

We stayed at the JW Marriott in Chandigarh, which turned out to be a lovely choice.
We took an Executive Club room, which was spacious, tasteful and very modern.
It also allowed us access to the club lounge, which has a cozy, quiet lobby, all day drinks and early evening food.

The lobby downstairs was always busy and humming with people, but upstairs it was quiet and we could read, do some trip planning, and follow up on our absentee ballot voting, which we’d submitted a few days ago via email, to vote in the presidential election.
We added two votes for the first ever female president of the USA.

The Rock Garden in Chandigarh is, in my opinion, the city’s best place to visit.

It was a very hot and steamy day when we ventured outside to see the garden.
A haze of heat covered the whole city.

The creator of the Rock Garden, Nek Chand, was neither an artist nor a sculptor, but a government official who started creating the garden secretly in his spare time in 1957.

Today the garden spreads over an area of 40 acres, and is completely built of industrial and home waste materials and recycled rubbish.
There are also lots of reinforced concrete pathways and arches made of cement, and lots of bright and beautiful mosaics everywhere.

The work is reminiscent of the work of Friedensreich Hundertwasser, the Austrian artist and architect who created some well known mosaics in New Zealand.
Only this Rock Garden is on a MUCH larger scale.

The garden is filled with hundreds and hundreds of sculptures, decorated with recycled ceramics, bottles, glass, Indian Bangles (the bracelets many women wear in large batches) and electrical waste products.

In his spare time, Nek Chand started collecting materials from demolition sites around the city, and he used these materials to build a magical kingdom in a natural gorge, in a public forest.

The gorge had been designated as a land conservancy since 1902, so nothing was allowed to be built in it.

Chand’s work was completely illegal, but he was able to hide it for 18 years before it was discovered by the authorities in 1975.
By that time, it had grown into a 12-acre complex with interlinked courtyards, each filled with hundreds of pottery-covered cement sculptures of dancers, musicians, homeless beggars, tribal ladies, birds and animals.

His work was in danger of being demolished, but the public was on his side.
In 1976 the park was inaugurated as a public space.
Nek Chand was given a salary, and the title of “Sub-Divisional Engineer of the Rock Garden,” along with 50 laborers, so that he could concentrate full-time on his work.

Today, years after his passing in his late nineties, the garden keeps on growing, with a large section still being built.

The garden gets five thousand visitors per day, and since it was Gandhi’s Birthday, a public holiday, the garden was especially busy. Little did we know we were destined to be celebrities for the day!

The girl and her sister who asked me if I was enjoying India, were too shy to just ask for our photos upfront, and she wanted to talk with us as well.

She introduced herself and then her younger sister and said that they are from a small city in the Punjab.
She told us that she had just graduated university as an electrical engineer, and that she was now looking for employment; her goal is to find a job in her field, and not accept any other means of income.
She said that her sister is still a student, and that they live together in the big city, until both are able to gain long term financial independence.

As she was talking, I felt overwhelmed by the goodness and gentleness that emanated from these two sisters.

They reminded me of the infinite love and care that I had towards my sister when we were both young and just starting out….
But more than that, it was their purity and goodness and sweet gentleness that radiated towards me in concentric waves.

She was waiting for my answer, was I enjoying her India?….
Her phrasing the question in this way, had sent my mind into a spin.
Hundreds of thoughts crossed my mind simultaneously.

Sure, India is fascinating, the colors, the spices, the patterns, the unique individuals and all the spiritual seekers….
But there is also so much dirt, rubbish everywhere, street kids living like stray dogs, and whole families living in shanty towns by the river, with nothing but found metal, plastic and stones to shelter them from the rain….
There is almost no town planning, no sidewalks in so many towns and villages, no initiatives by the residents and schools to clean up or help beautify their cities….

There is so much that the people need to learn, about basic hygiene and care for your environment, so much still to do…..

I know that nobody likes to hear that their country is not great.
And as a visitor, I must be gracious and grateful.
My role is to spread light and blessings, not to criticize.

The goodness in the girls’ eyes was truly inspiring, and it reminded me that there is also SO much good and beauty in this country….
The Ashrams that allow people to come, stay for days, soak in the pure spiritual vibes, eat and meditate with just a very small donation, the amazing palaces, the art, the craft, the purity and goodness of many of the youngsters, the rich heritage, the many yogis, the wisdom of the Vedas, the wholesomeness of Ayurvedic medicine….

There are so many entrepreneurs who work hard to improve their lot in life and to earn a decent living.
They range throughout all levels and sectors, from high-tech to architecture, to medicine, to vendors in the street selling fresh lime soda, flower garlands, to all sorts of small eateries and cafes.

I look into the ocean of goodness that I see in the girls’ eyes, and my heart is overflowing with love towards them….
They are a part of me, the good and innocent part that I wish to increase, to take over every aspect of my being…
They are my very soul, which is life-loving and full of hope….
They are not jaded by life’s cruelties that they read about in the Huffington Post, the New York Times or the New Zealand Herald…..

Their future is full of brightness, hope and the anticipation of good things to come….
I look at their soft and beautiful skins, and notice that they are sweaty just like Jules and me, yet they experience no hardship associated with the discomfort; they are out on this weekend day together, holding hands, taking each other’s photos and enjoying the garden and their free day…

I can see now that Jules and I can be so full of preferences, so hard to please, so quick to seek comfort and leisure, despite all the progress we made by doing a long foot pilgrimage….
We have not completely changed our skins to be as soft, pliable, sweet and pure as these two sisters in front of me.

“Yes!” I say in a most convincing and determined voice.
“Yes, I am enjoying India VERY MUCH, enjoying Chandigarh and happy to see this beautiful Rock Garden!”

The girls look at me and blush with joy.
We take photos together as a memory, although I shall never forget these sisters and how they made me feel….

The staff at the JW Marriott really went out of their way to help us however they could, and make us feel comfortable.
The chef came over multiple times to ask us what he could prepare to feed us better.
He said:
” I can make you ANYTHING you want, Chinese, Thai, American food, you just ask and I will make it for you!
You want what?
A Pad Thai? That is noodles with vegetables, fish sauce and crushed peanuts, right?
Yes, I can do that, as you wish, no problem.
I will make.”

He did not really know how to make a Pad Thai for Jules, so he made us a green Thai curry and some vegetable Dim Sum.
It was good.

Despite my protests, he gave us chocolate mousse cake for breakfast, and fried Indian breads as well.
I explained that I was on a diet and don’t wish to eat sweets or fried breads, but it did not help.

We had a restful time at this modern hotel in Chandigarh. I was so comfortable in the luxury sheets and rainforest shower, I only wish that the JW Marriott in the USA had that level of superb bedding and service.

At night we walked to a nearby Hindu temple, and the locals were happy to invite us in and show us the names of the deities and feed us some spiced chickpeas.

Outside our hotel they had their very first annual “Hawaiian” fashion show and sale, and I bought two Indian outfits from a lovely young couple.
They are a bit theatrical to wear outside of India.
The last Indian outfits we bought in Rajasthan six years ago, we had not worn once.
We brought them with us to India this time, and we wore them for the very first time for dinners in India.
Everyone complimented us and wanted to know where we got them.

From Chandigarh to Rishikesh it is about six hours of difficult driving over roads filled with potholes. The concierge at the JW Marriott quoted a taxi price of 15,000 rupees ($250) which made us choke on our food; instead we booked the same Toyota Innova taxi online for less than 5,000 ($75)
You simply have to be more resourceful when you travel as much as we do…

“Kindness is the language, which the deaf can hear and the blind can see…”
Mark Twain
Namaste and blessings to you….
Tali

← Chilling Out, and Overcoming A Cold In Manali, India
Monkeys, Sadhus and Friends on the banks of the Ganges River in Rishikesh, India →