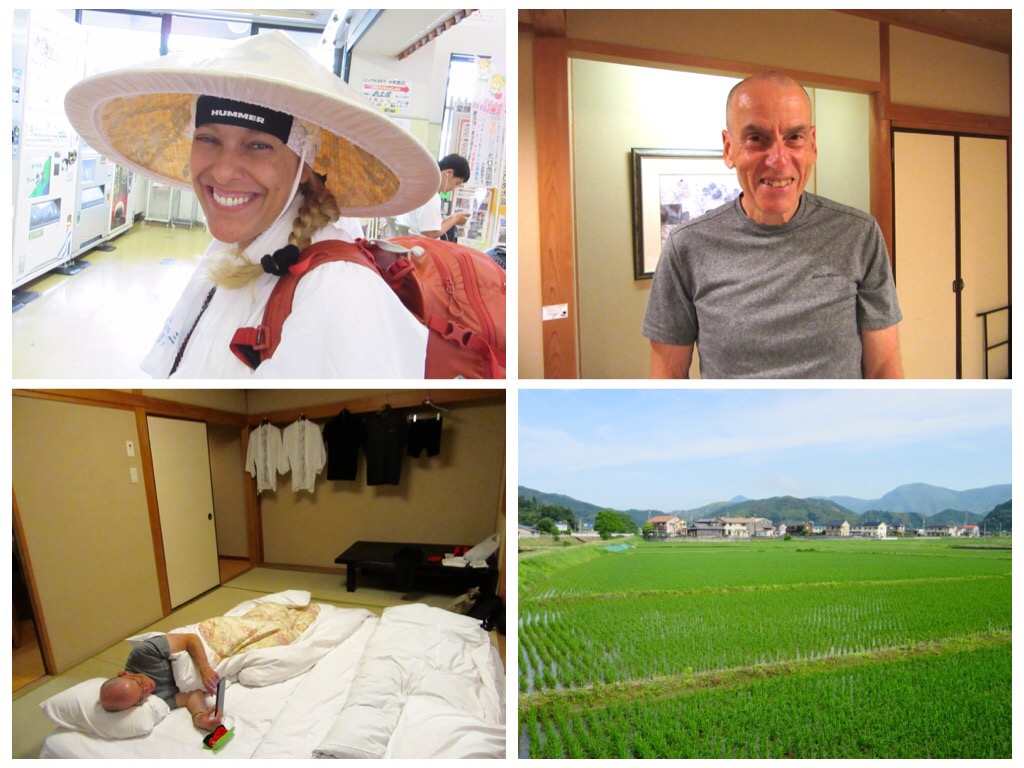 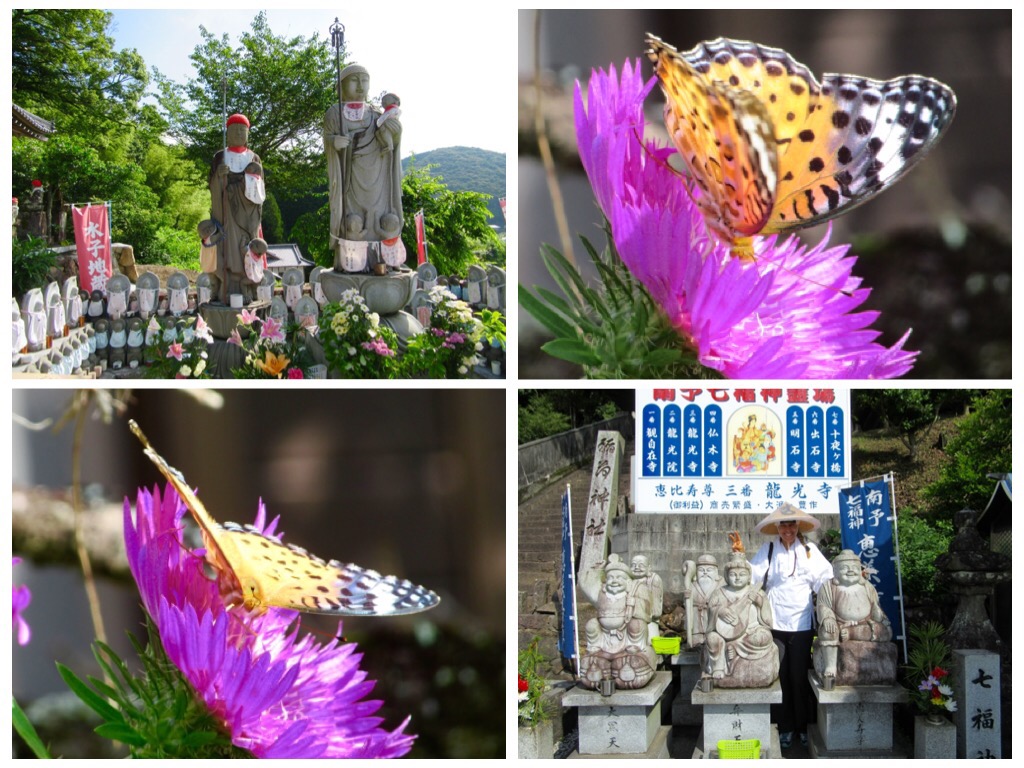 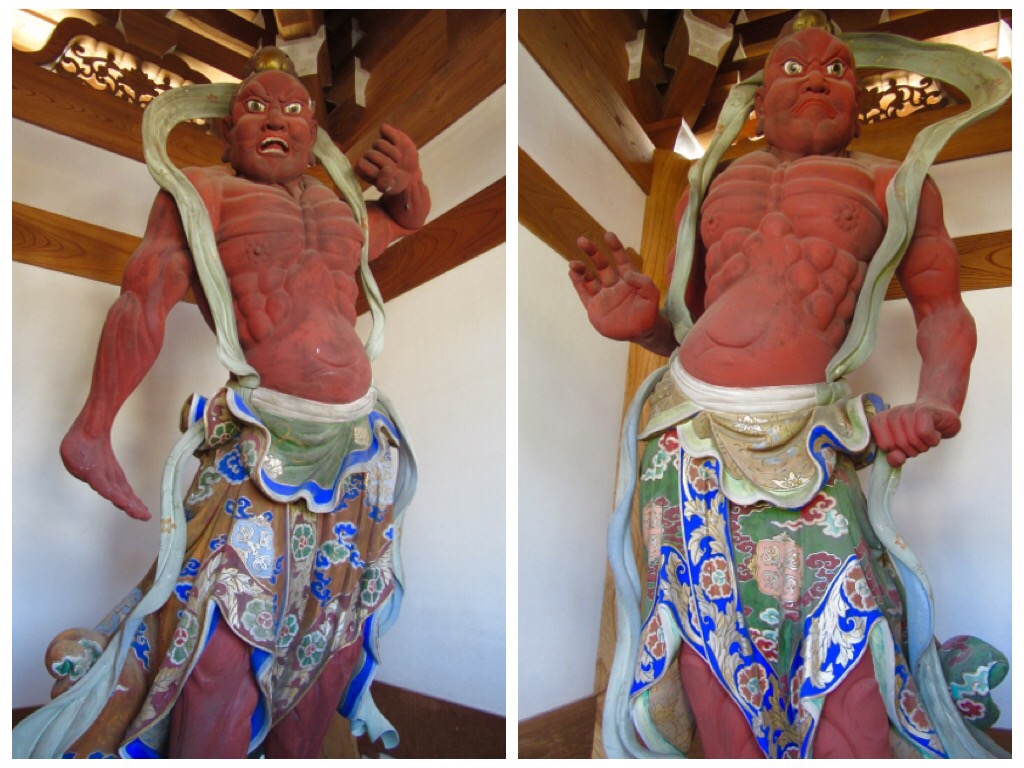 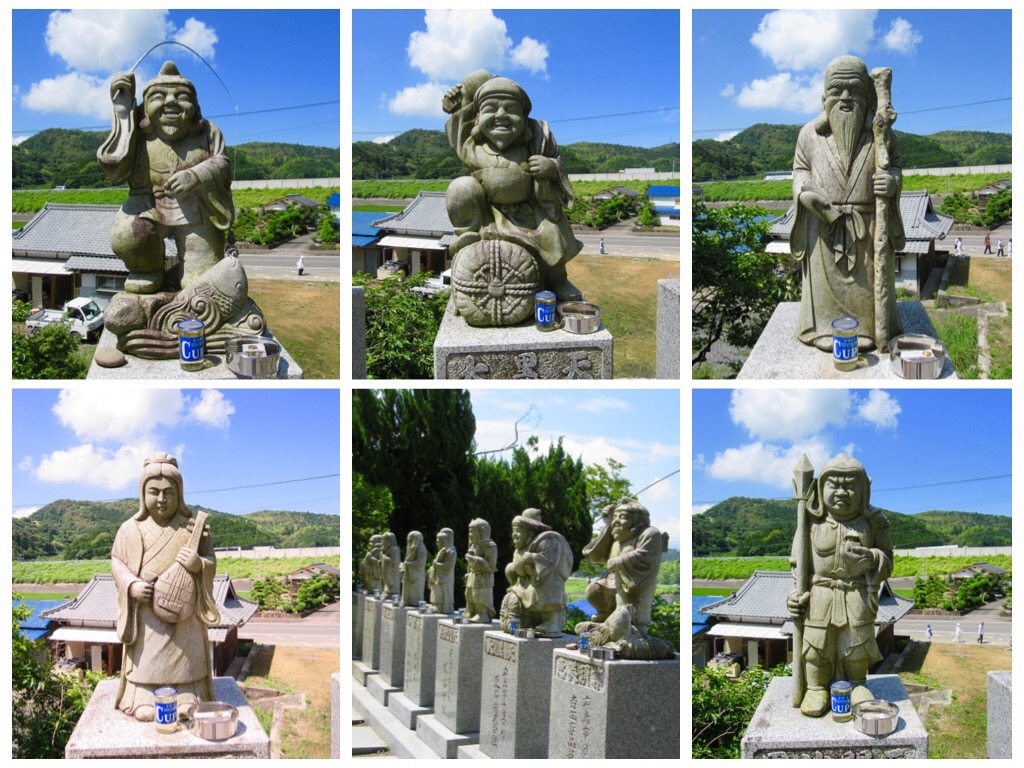 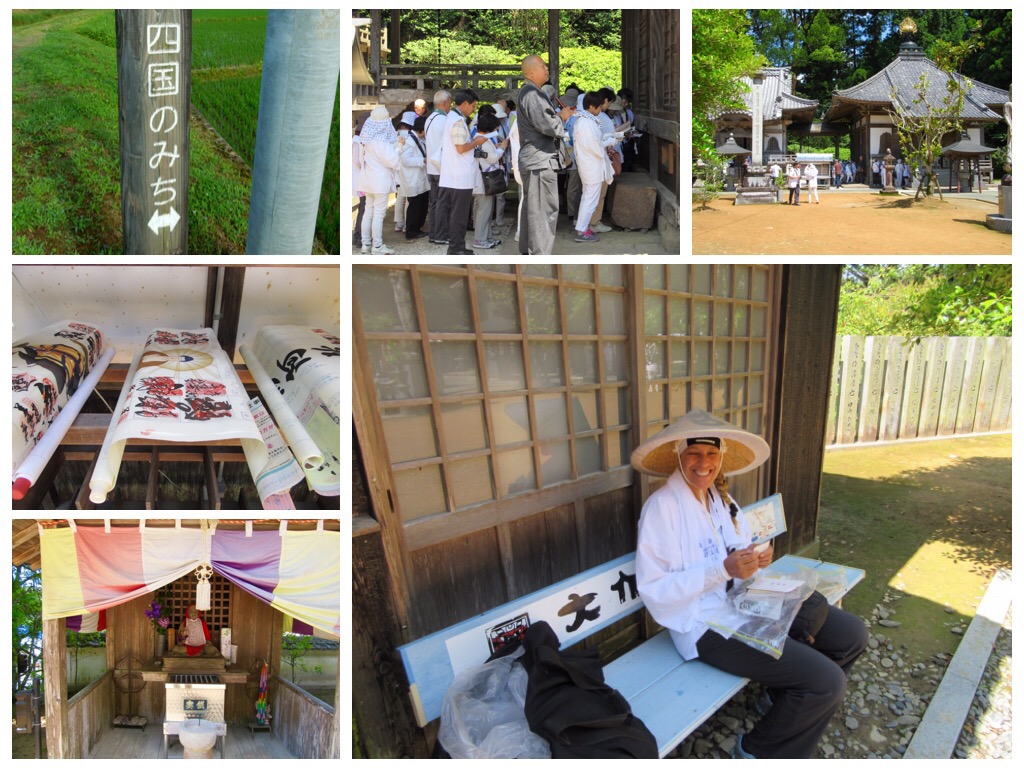 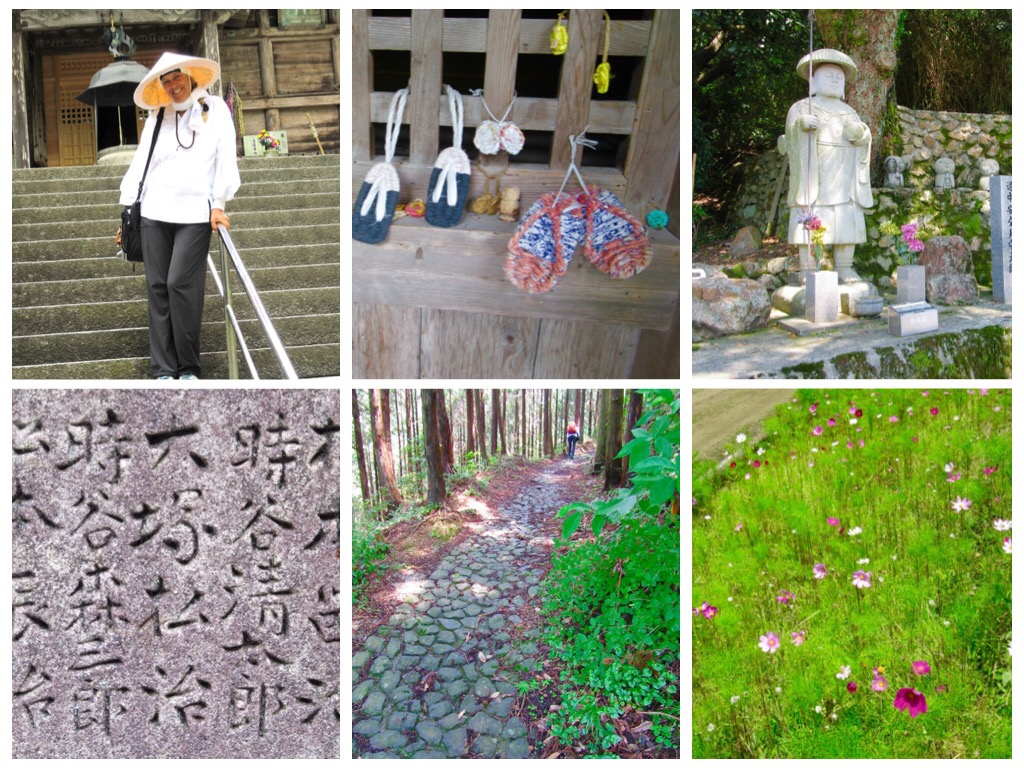 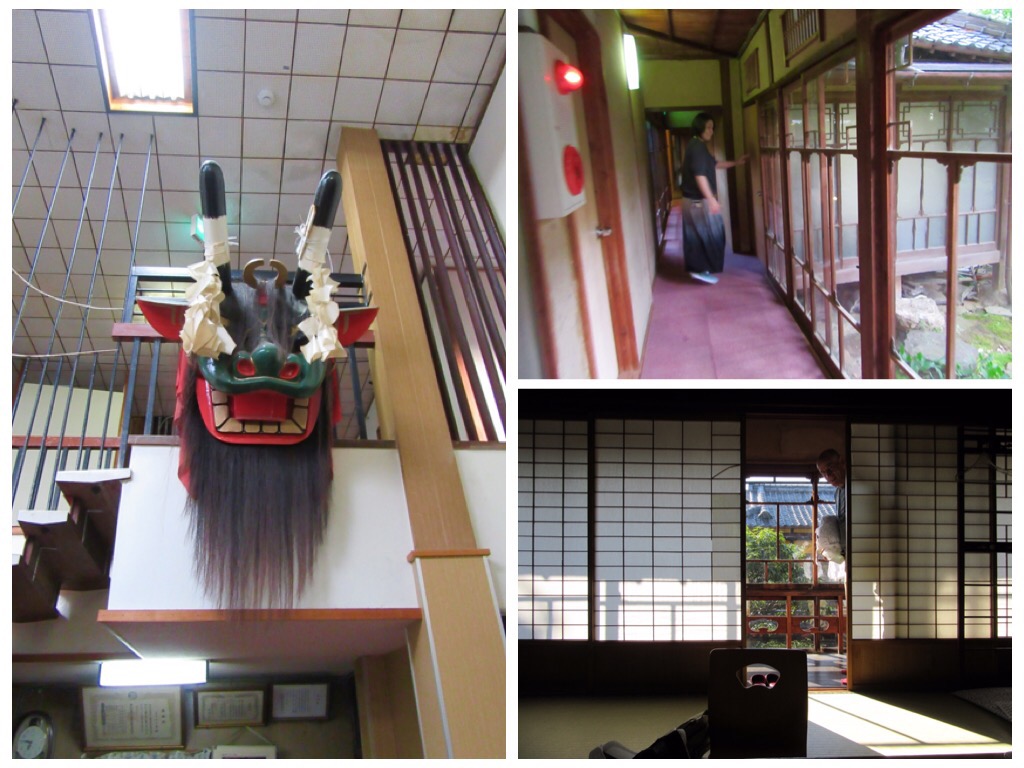 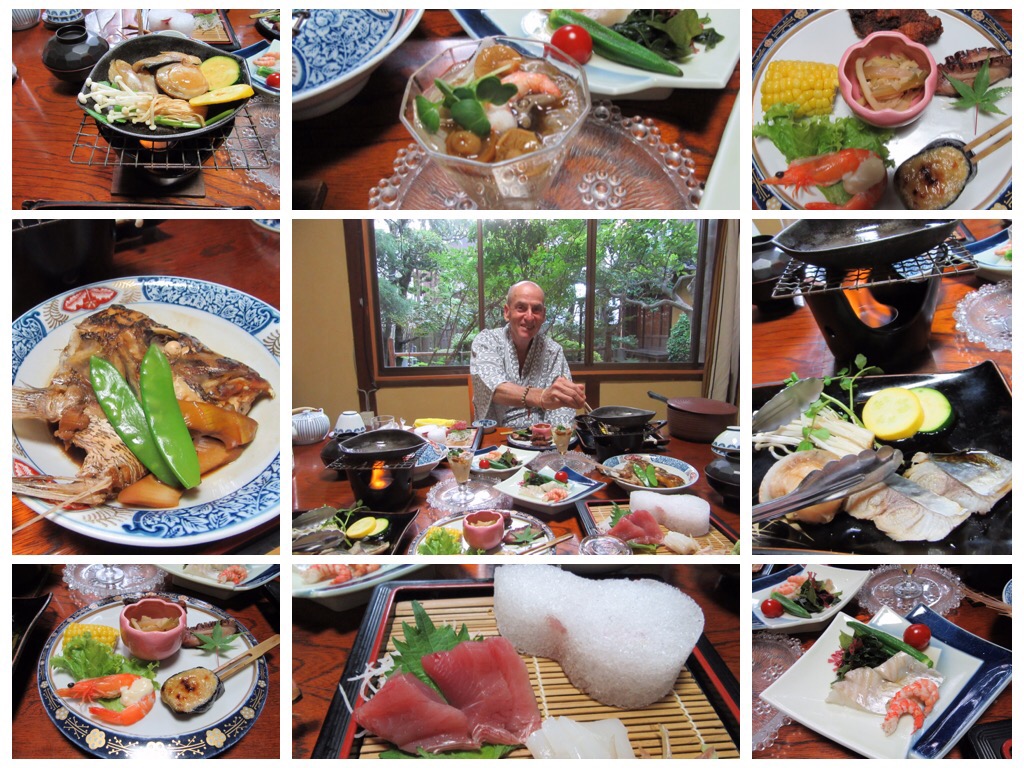 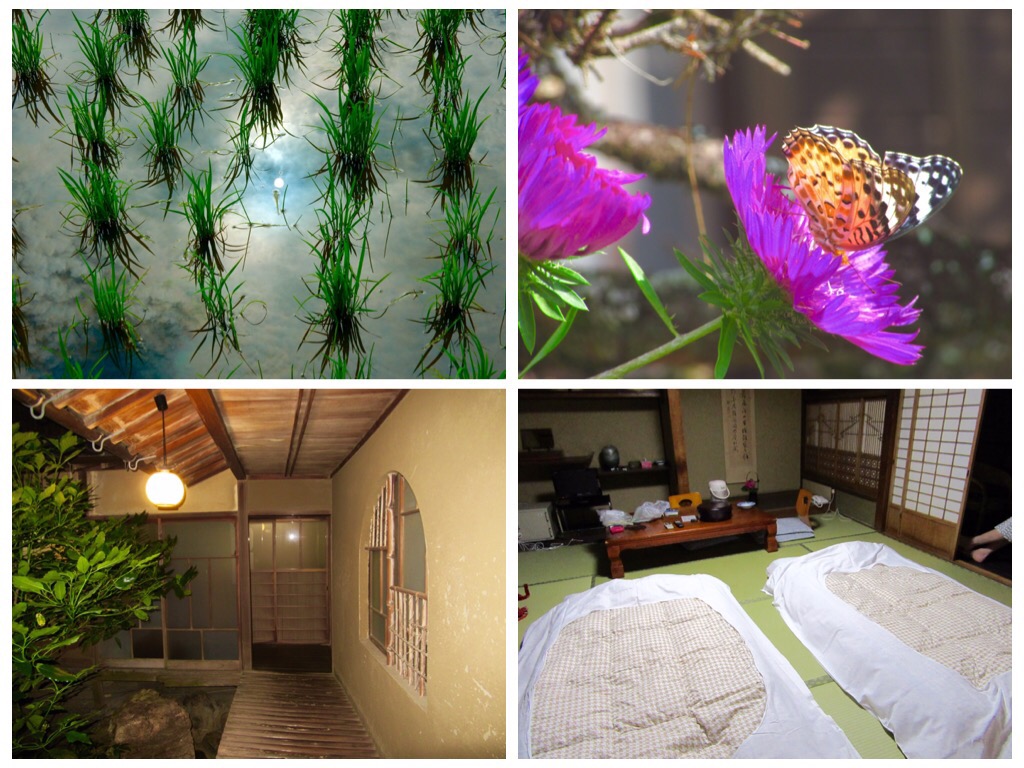 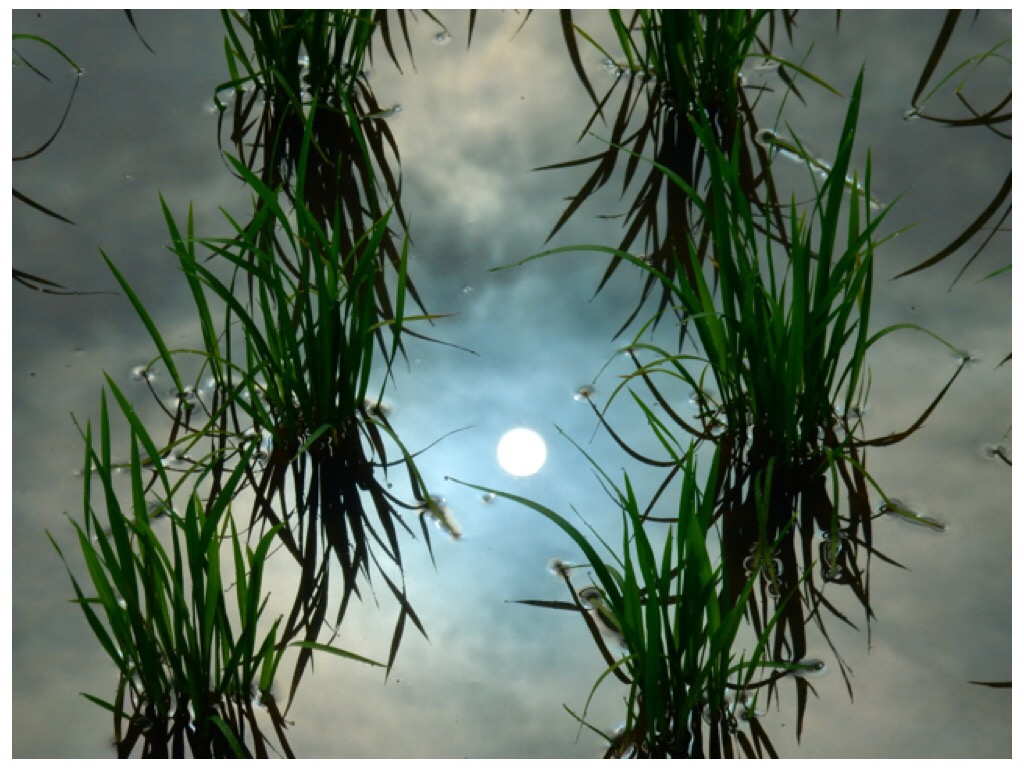 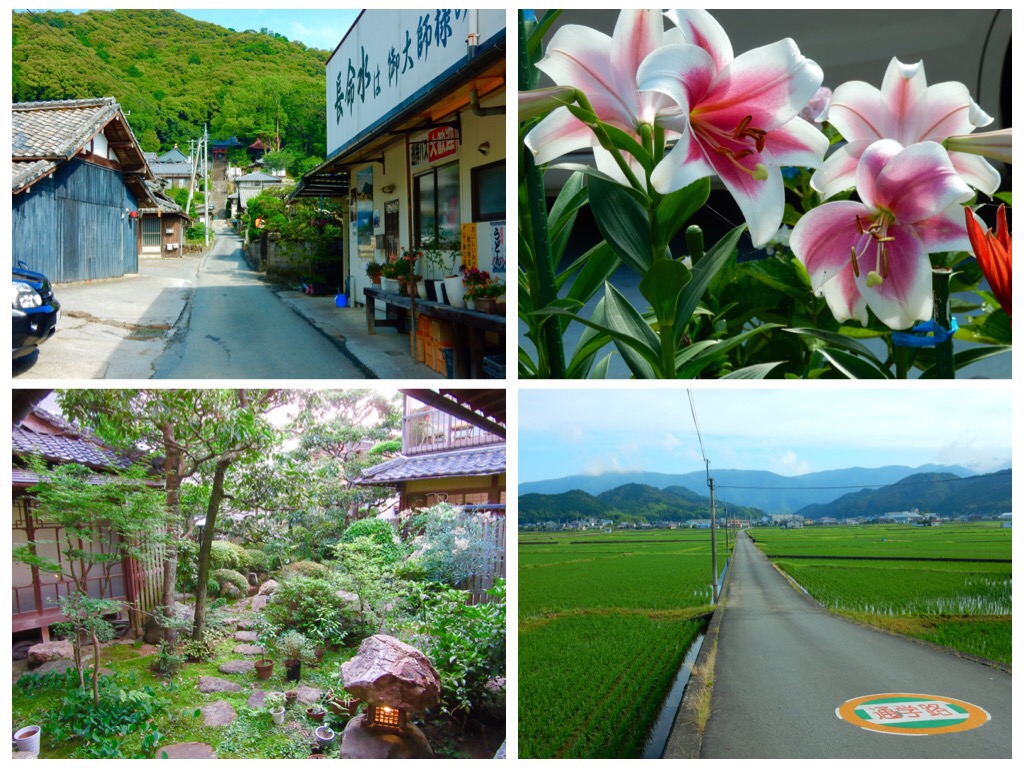 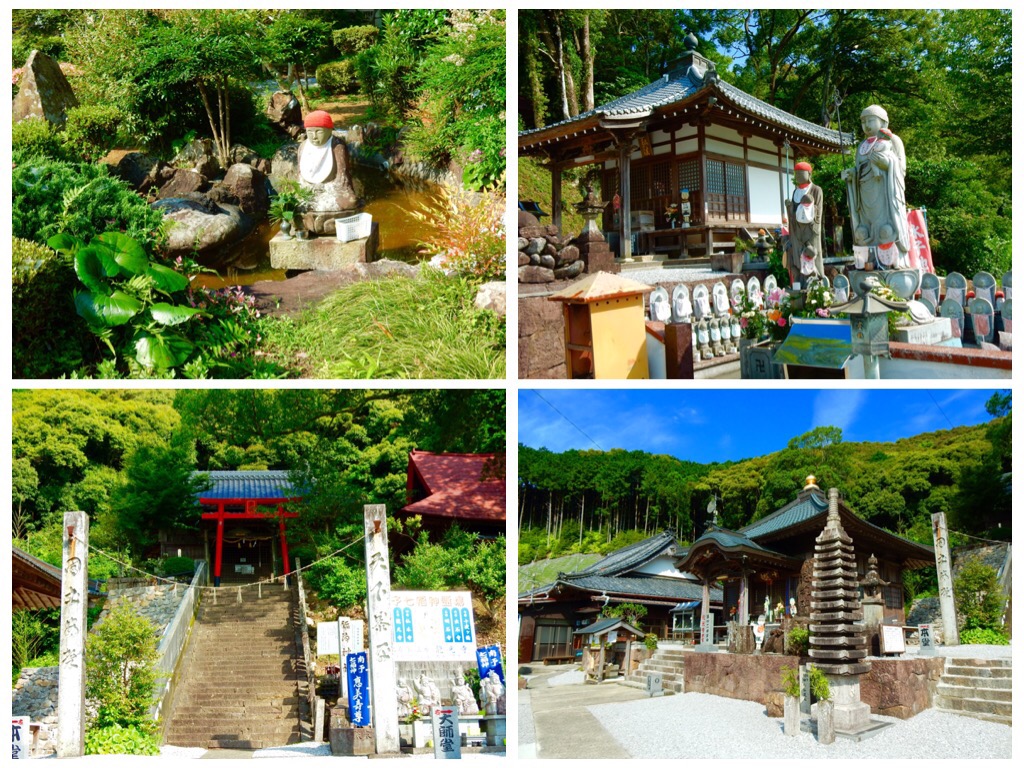 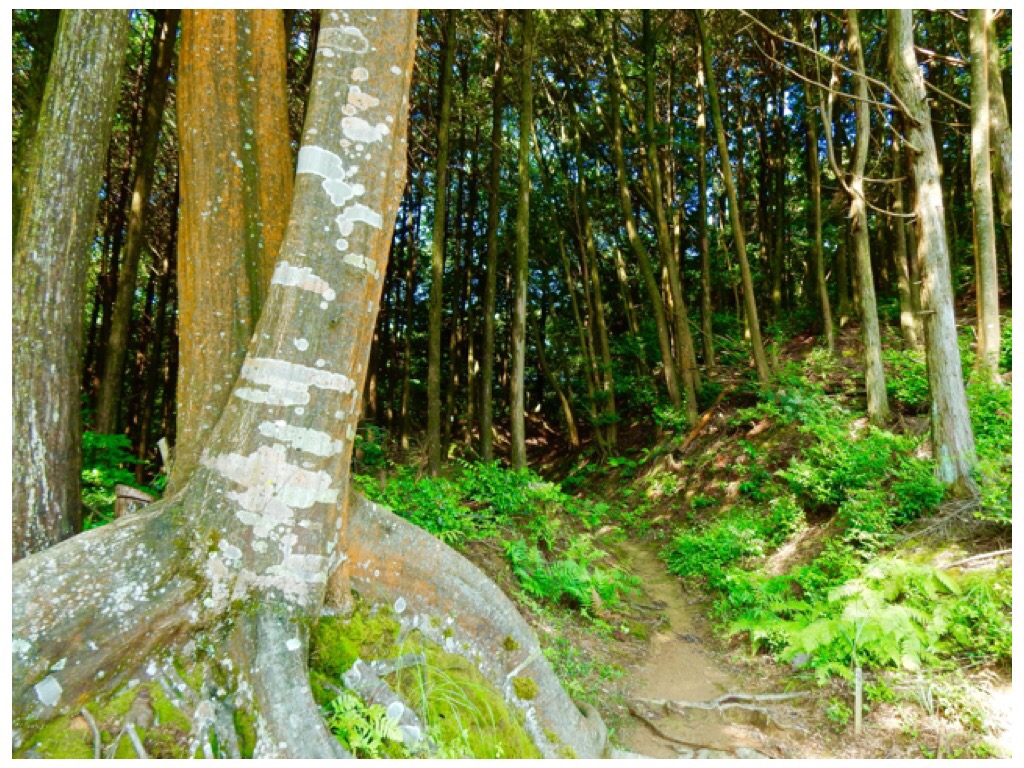 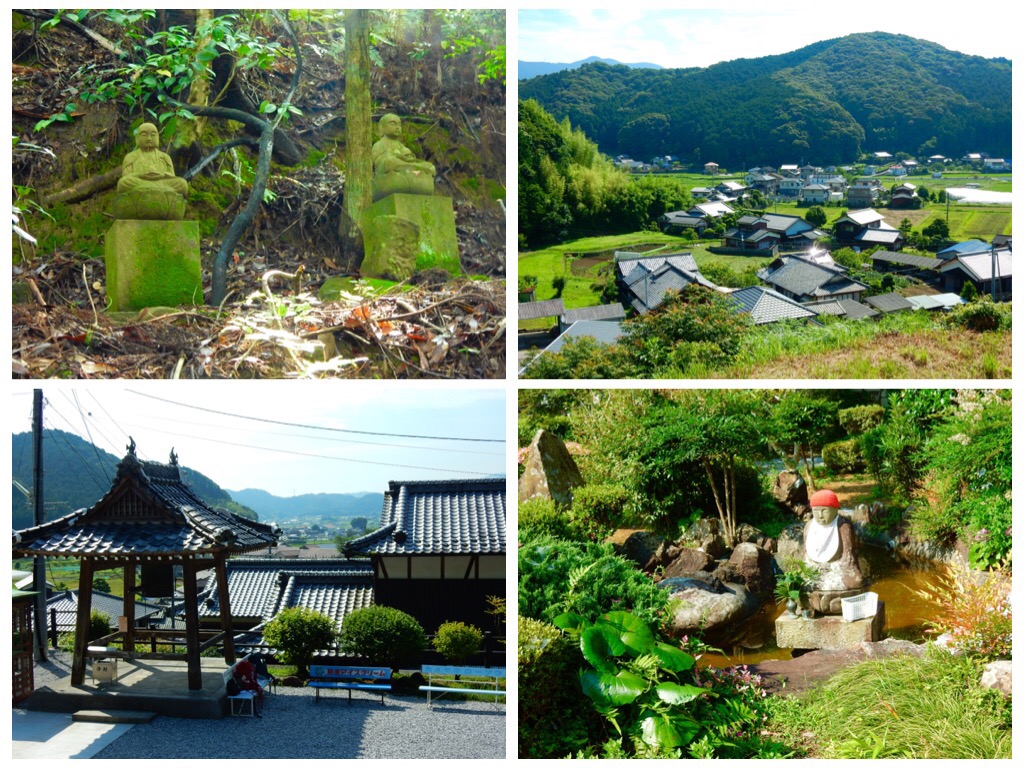 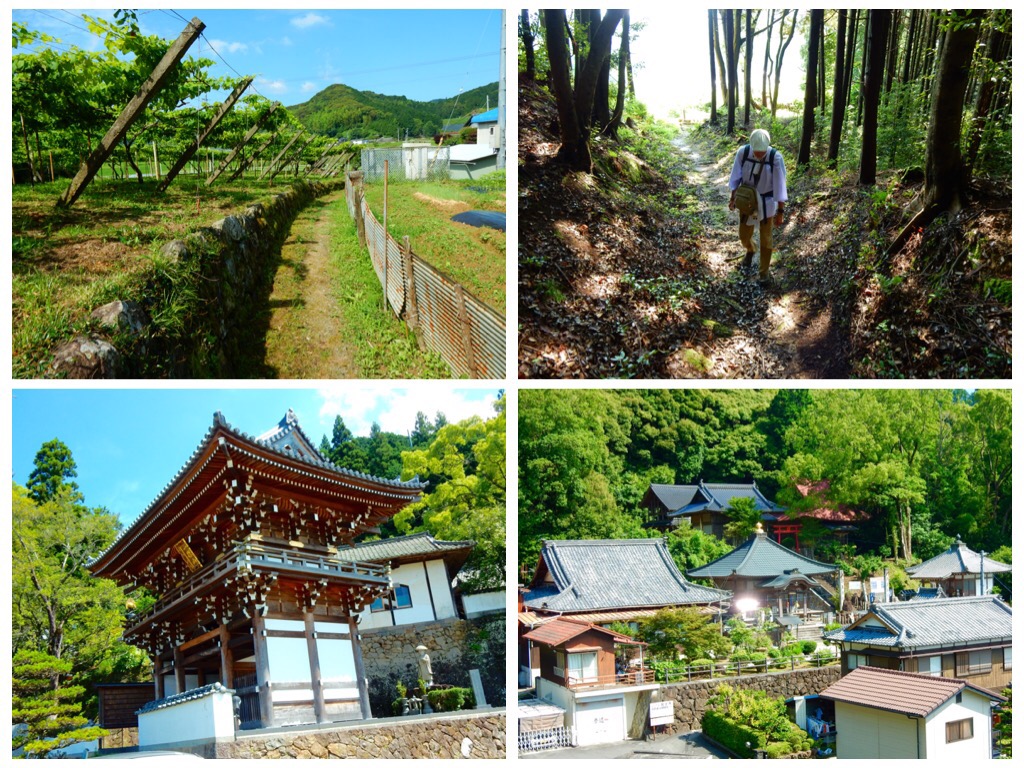 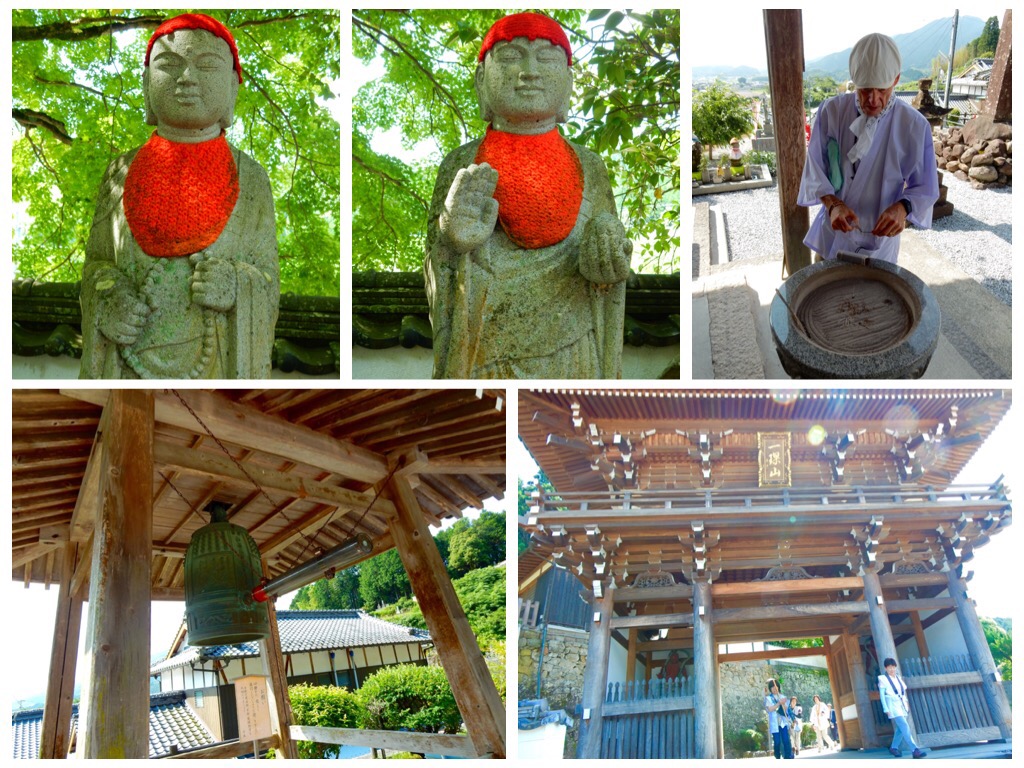 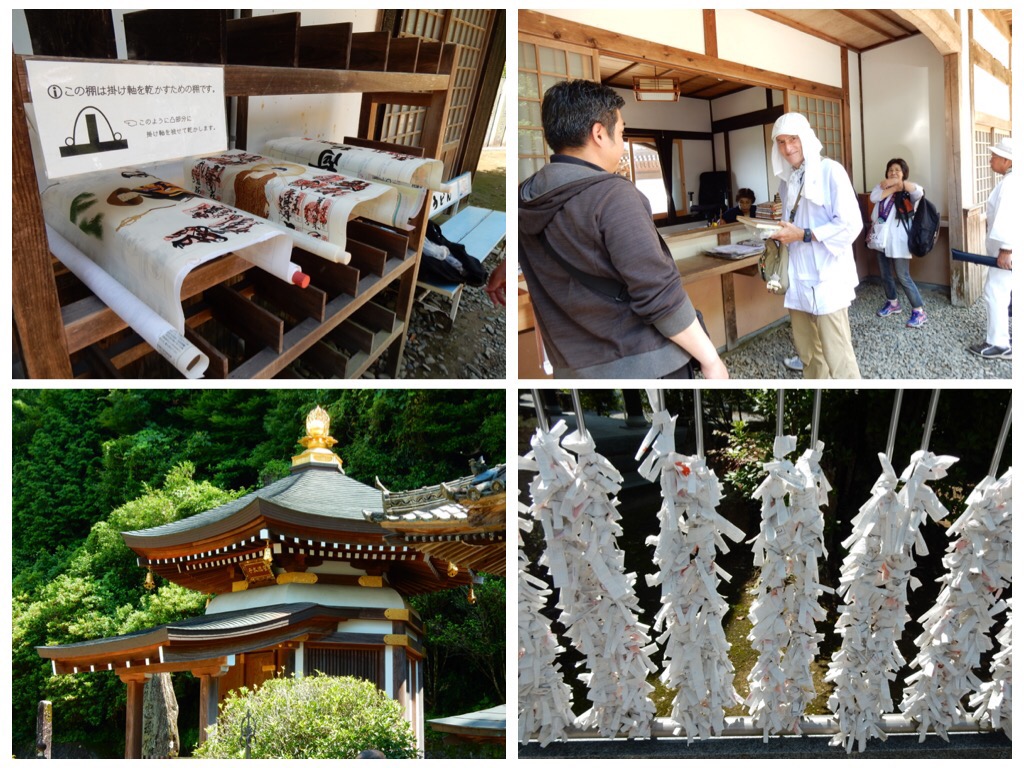 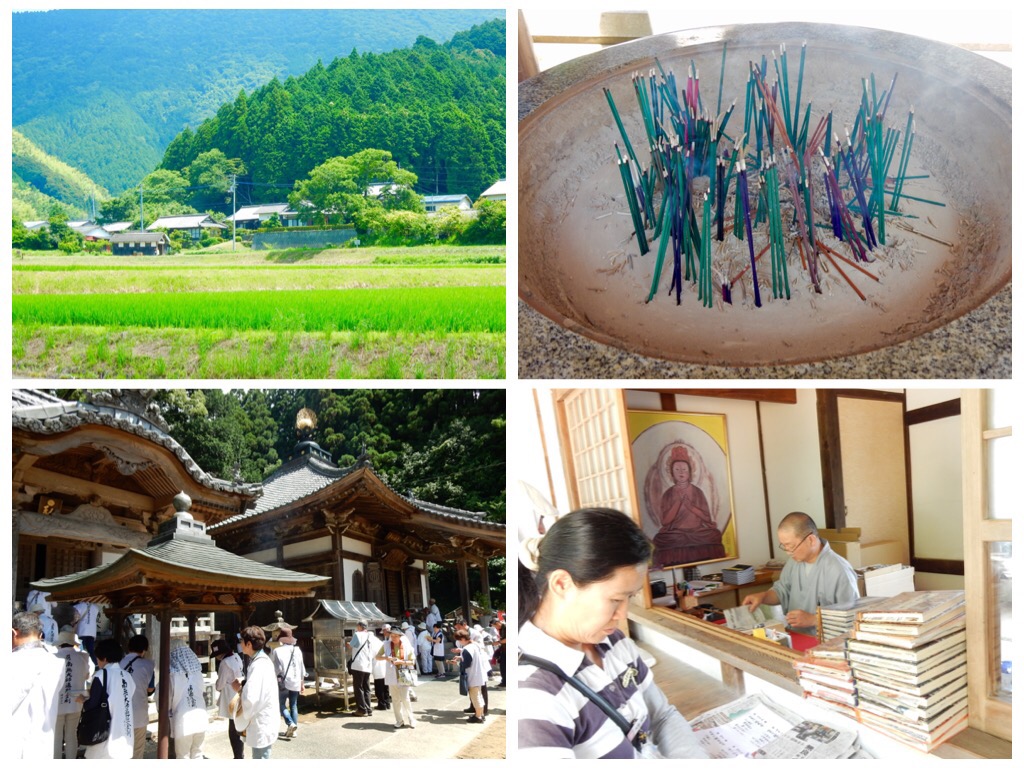 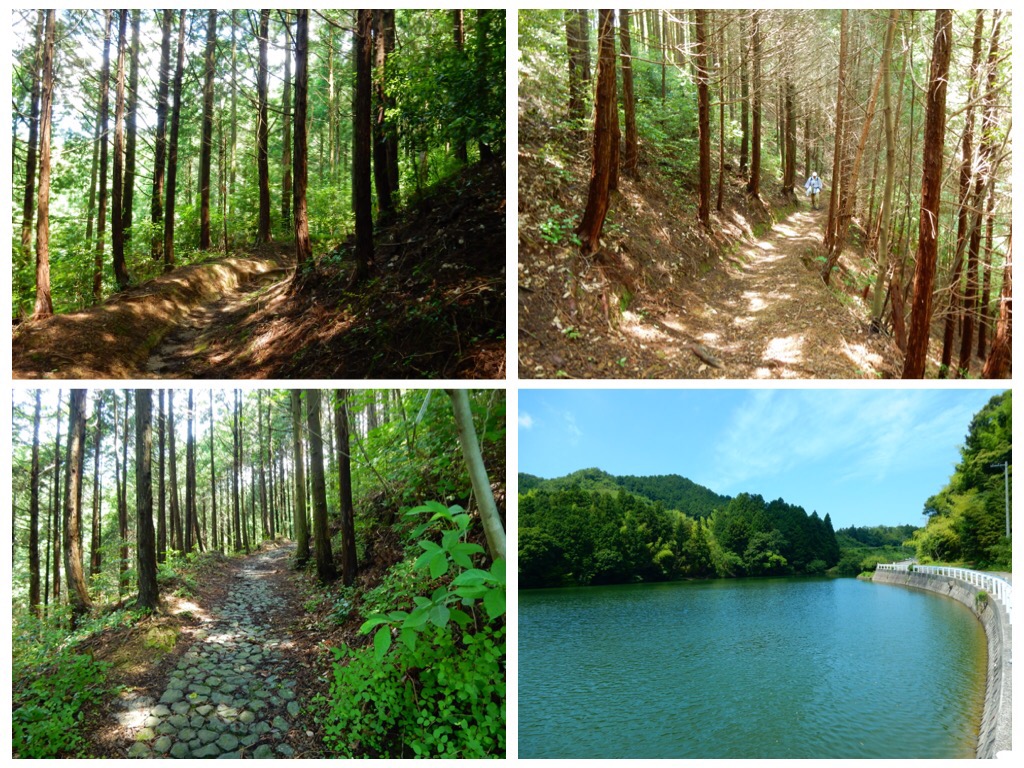 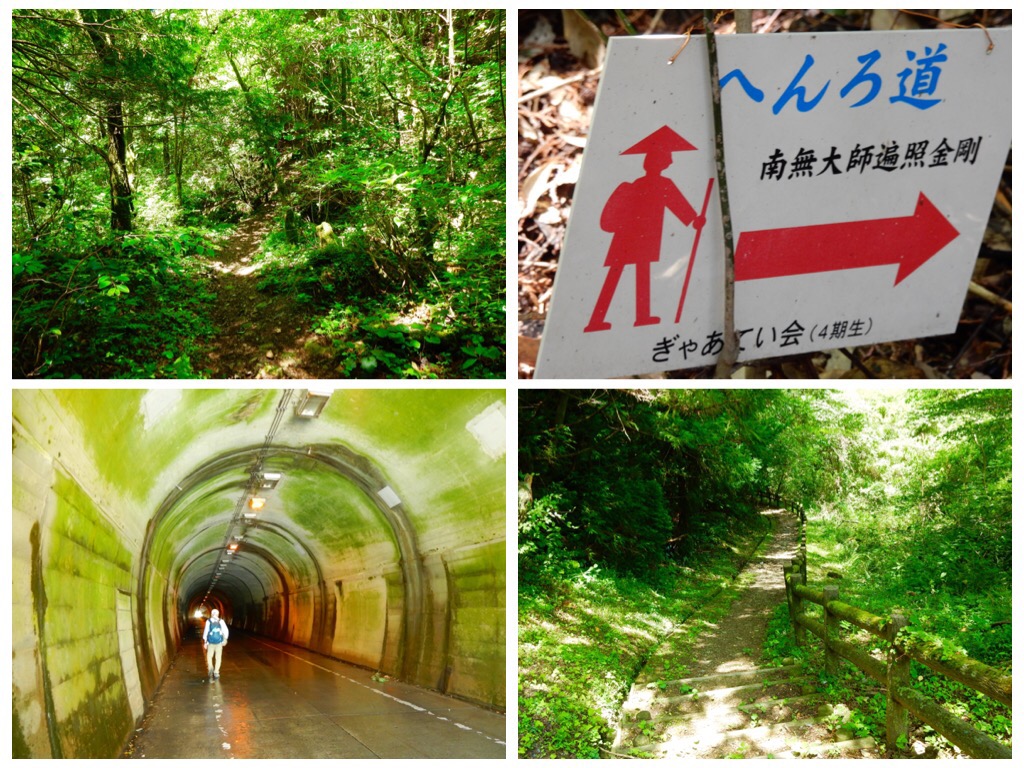 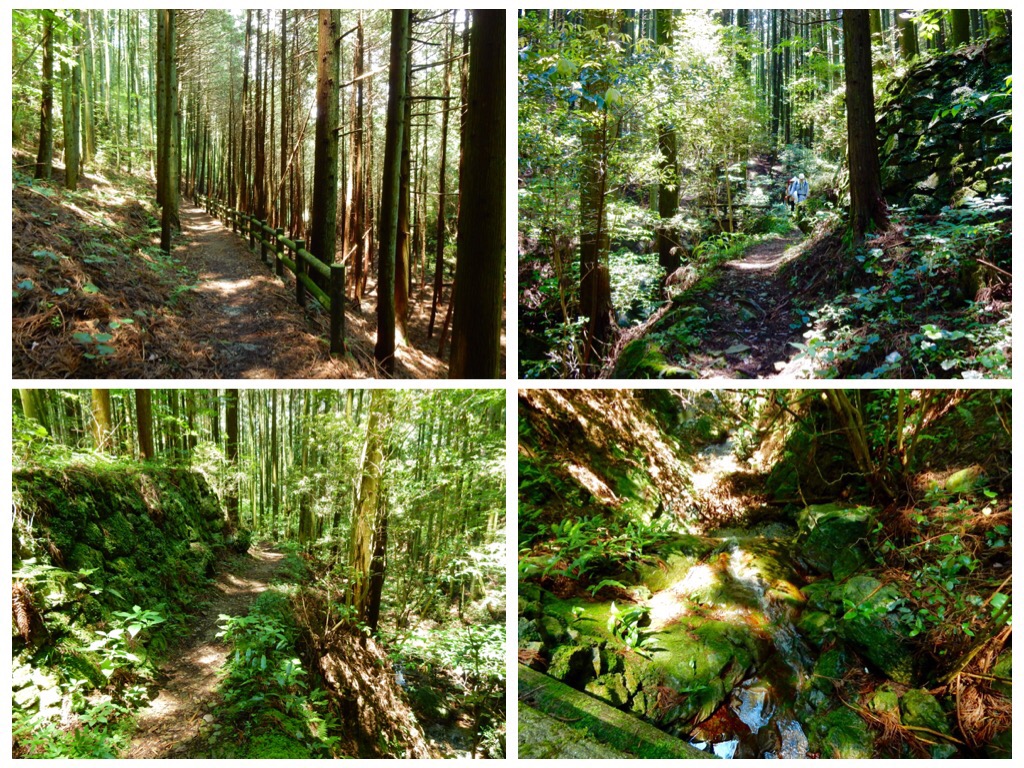 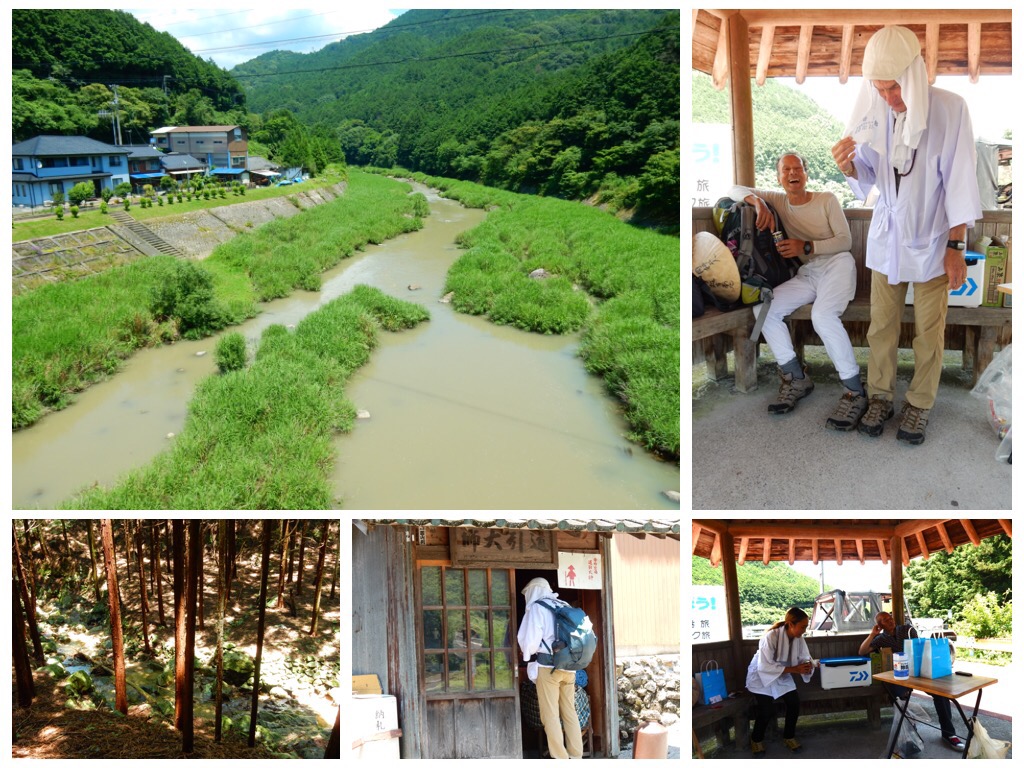 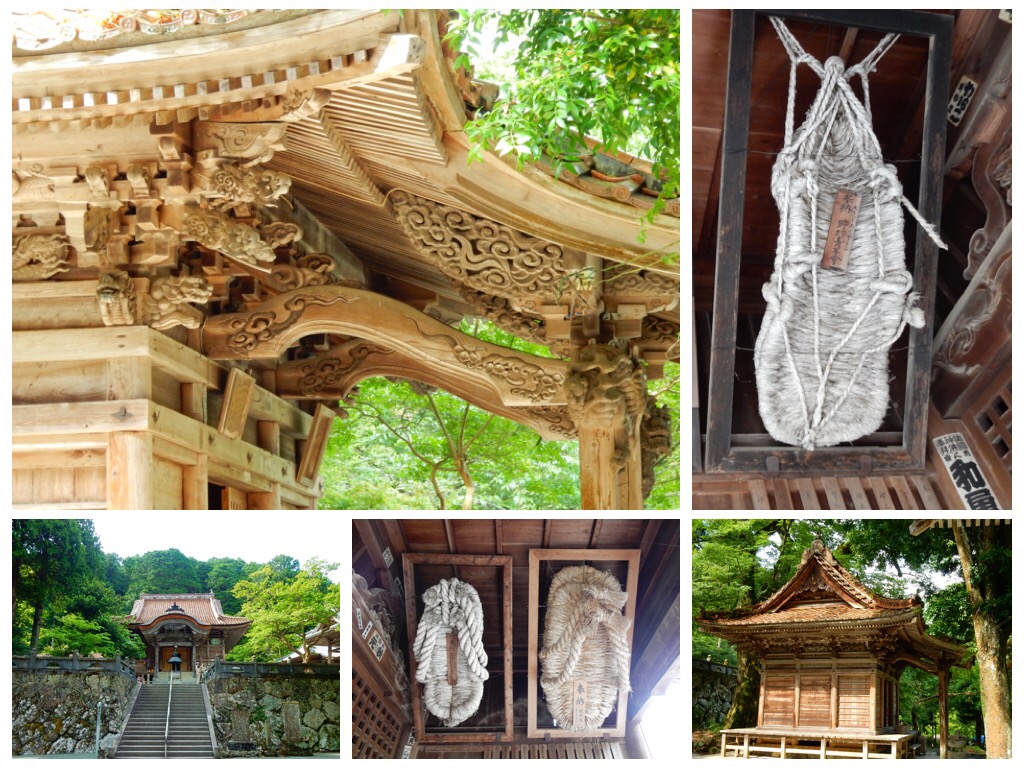 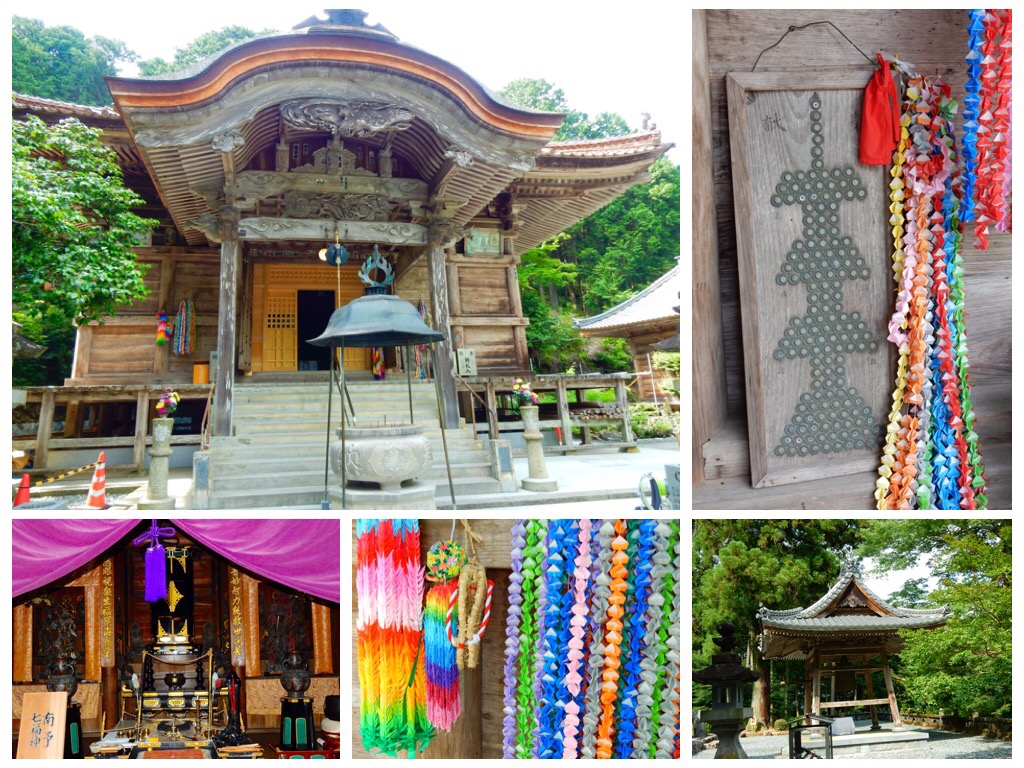 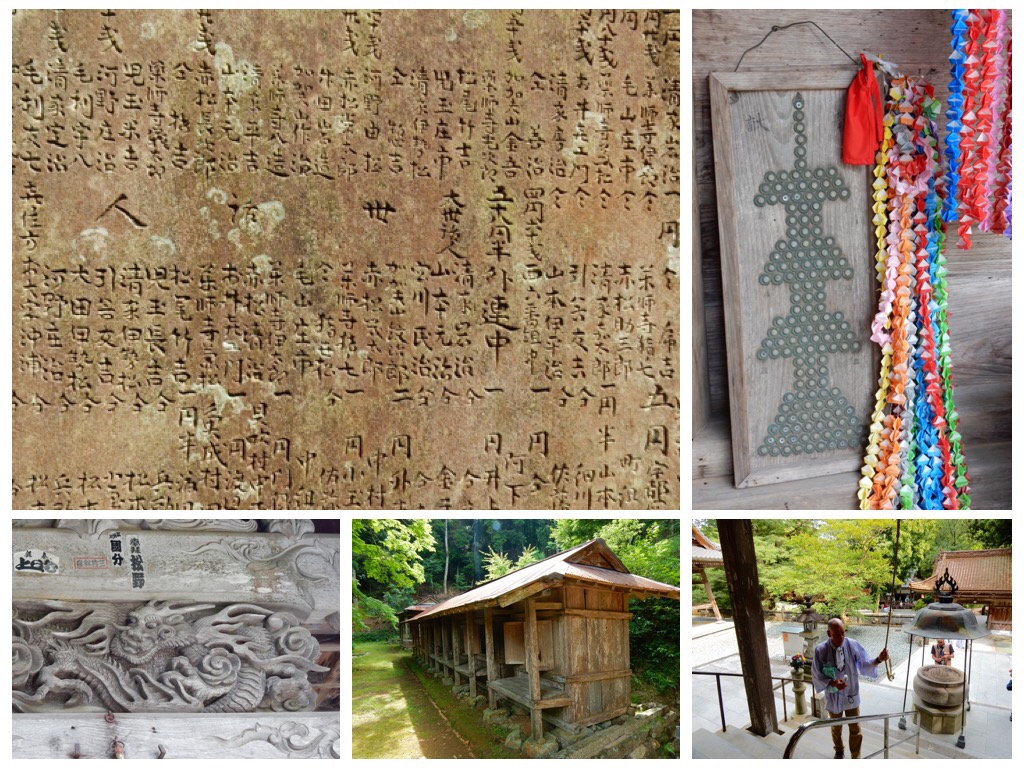 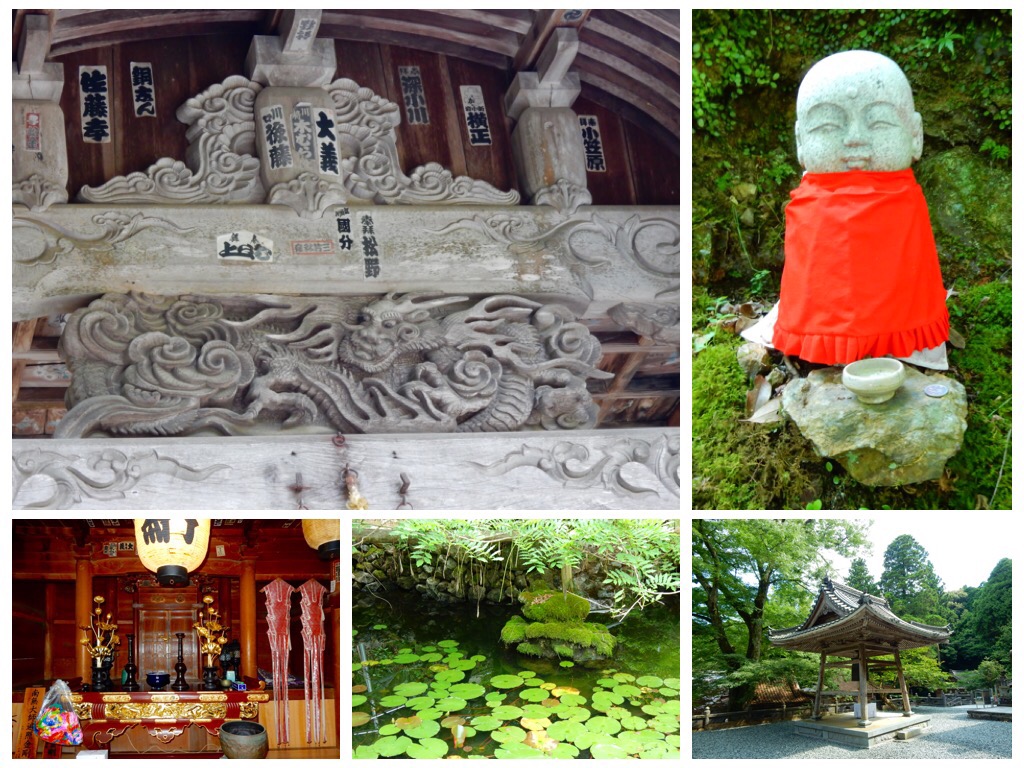 I slept very well in our Japanese style room at the Clement Hotel in Uwajma City.
Breakfast was a forgettable affair, but I made sure to eat my miso soup, steamed rice and pickles.

Ryūkōji Temple (T41), known as the Temple of The Dragon’s Light, sits on the edge of vast rice fields.
It is a small temple founded by Kōbō Daishi in the year 807.
It is said that Kobo Daishi met Inari, the Shintō Rice God, while he was here.

The God Inari is portrayed as an old man, often with long white hair, and it is believed that he brings abundance and blessings, both for the rice harvest, and for other business ventures.

Inari became popular here during the Edo Period.
This temple has always had many donors and supporters, from merchants to the Samurai.
The temple has become the head temple of Inari worship in Japan.

From there, we walked along the rice fields and small rural villages that seemed to be prosperous, to temple 42, Butsumokuji, The Temple of Buddha’s Tree.

Jules writes: “The story of this temple is an interesting one.
An old man suggested that Kukai (Kobo Daishi) ride on the back of his cow, and after a while, they came upon a camphor tree.
In the tree was a jewel that Kukai had thrown while he was in China.
In this tree, Kukai carved a Dainichiji Nyorai statue, and placed the jewel between its eyes.
He then built a temple around the tree.
People now visit this temple to pray in memory of their lost pets.”

Large buses filled with Henros were offloading pilgrims into the temple just as we arrived.
They were lining up to use the purification water fountain and to chant the Heart Sutra in front of the Hondo and Daishido halls.

They seemed so rushed and hurried, and were being treated a bit like cattle, being herded into the buses and urged to continue on their busy itinerary visiting many temples per day.

Jules was playfully mimicking the bus driver and the tour organizer:
“People, I want you all to have a good time, take ALL the time you want, as long as everyone is back on the bus in four minutes!
Please do not hurry, we want you to have a good time!”

We did not linger in temple 42.
The Nokyosho office was full of pilgrims’ books and beautiful scrolls waiting to be stamped.

At times, I regret that we had not bought one of those beautiful scrolls to be stamped, instead of our stamp book.
They have beautiful images of either the Buddha or Kobo Daishi in bright colors in the middle and all of the 88 stamps, one from each temple, circle around the main image.
But it would have been impossible to walk and hike forests and mountains carrying a large scroll, and we would have had to protect it from the constant rain, so we settled on one stamp book, which we fit in Jules’s backpack.

To get to Meisekiji, Temple 43, we left the agricultural area and hiked up into the mountains.
It was a steep climb through the forest which was still damp from the rainy days we’d just had.

When we got to the top of the pass, we walked for awhile along a steep rural road and then descended again into the forest on a steep path with natural stairs made from tree roots.

Today we encountered more walking Henros along the path than we had during any of our previous days.
We met a Japanese family, a father, mother and daughter, who were doing the whole pilgrimage by foot.
They’d started at temple 88 and were walking counterclockwise.
They seemed so gentle and nice.
They told us that down the road, after the road flattens out, there is a man giving pilgrims a bag of Osettai, gifts of drinks and food.

Shortly afterwards, in the forest we met a young and friendly architectural student from Hong Kong, who is walking the whole pilgrimage alone.
She said that she plans to hike Mount Fuji, after she finishes the pilgrimage.
She said she is camping along the path, since she has no money.

When we complimented her about her strength, resilience and inner power, to do the pilgrimage alone, she told us that there is another young woman from Colombia, who is also walking the pilgrimage alone.
She said that the Colombian girl is walking just a few days behind us.

Down the road, we came upon the Osettai man who was welcoming pilgrims with bags of treats.
He voluntarily spends his day in the early summer heat, providing a welcome break for thirsty pilgrims, along with happy conversation, all at his expense!

He gave us ice cold drinks and he had a cooler full of puddings and coffee jelly.
Resting in the shade of the hut that he sat in, we met a Japanese man who told us that he had hitch hiked across the USA, Canada and Mexico.
He was wearing the exact same Merrell shoes that Jules was wearing, even the color was exactly the same.

I really have no preference for the weather any more.
Every weather condition brings with it certain pluses and certain minuses for a walking pilgrim.

On a rainy day, it is cool and nice and we do not get overheated, we are less thirsty, we get no heat rash and we feel less tired.
On the other hand, when it pours, it makes walking with wet shoes and socks very difficult, and blisters form on our toes.

Today was a sunny day.
The pluses were that we were dry and the steep forest path was not slippery.
The minus was that it was incredibly hot in the stretches of the path that were unshaded by trees.

I had to wear sun gloves and arm sleeves, and climbing the mountain passes felt much more tiring.
Since the were no places to buy water or tea, we had to conserve water until we reached the Osettai man’s hut.
At the end of the day, I was sleepy and ready to be done with walking.
The last climb to Meisekiji, Temple 43, felt much harder than it really was.

We finally checked into our Ryokan, took a good shower, did our laundry, sat in the air conditioned room and relaxed.
This ryokan is more than 100 years old, and still has some of its original structural features, including a beautiful garden inside its walls, and a small wooden log bridge connecting one section of the building with the other.
Dinner was a feast of many dishes.
Yes…. They served us fish heads among many seafood dishes.

I’d better retire for the night since tomorrow is another long day of walking.
Good night world…. See you tomorrow….