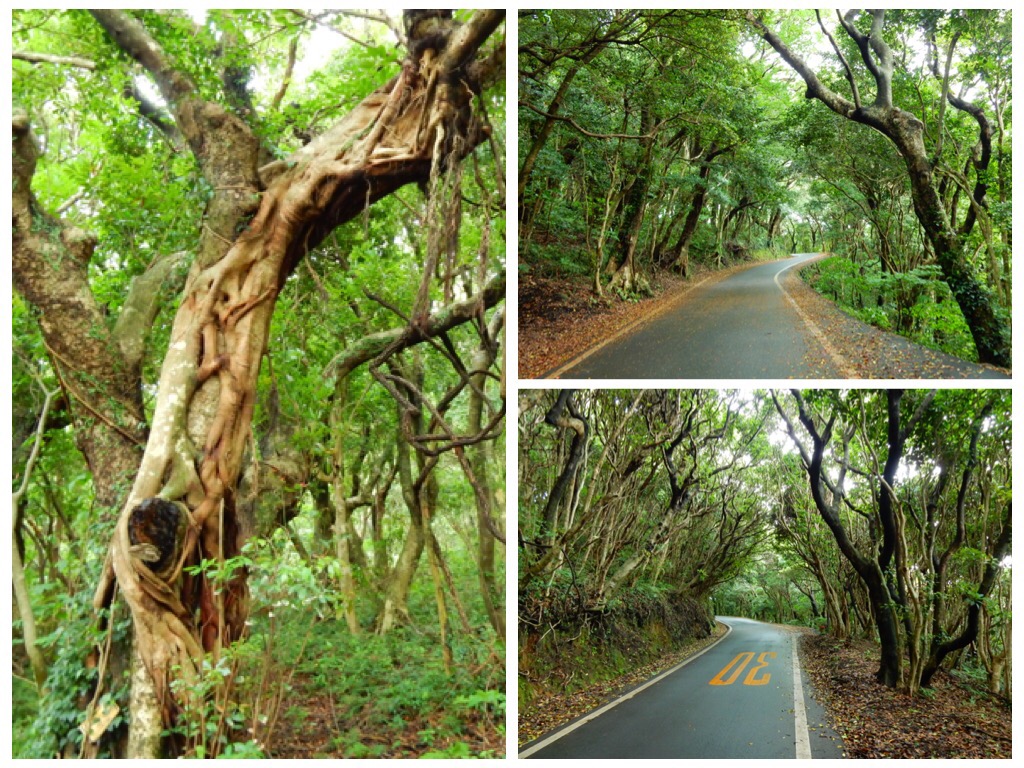 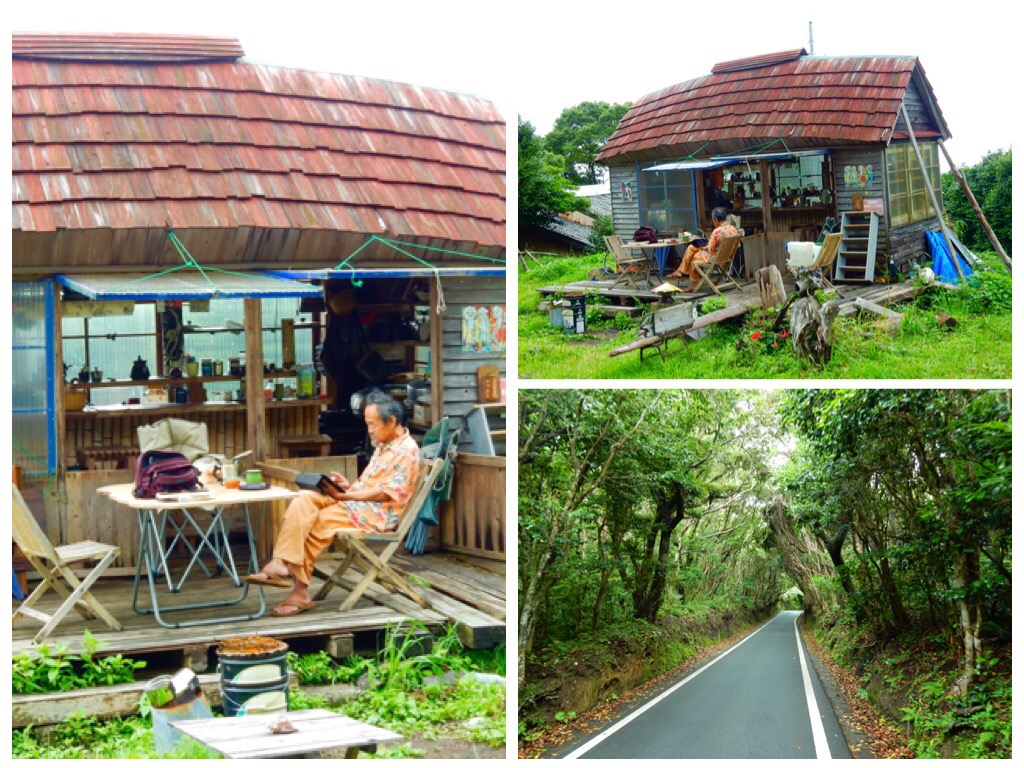 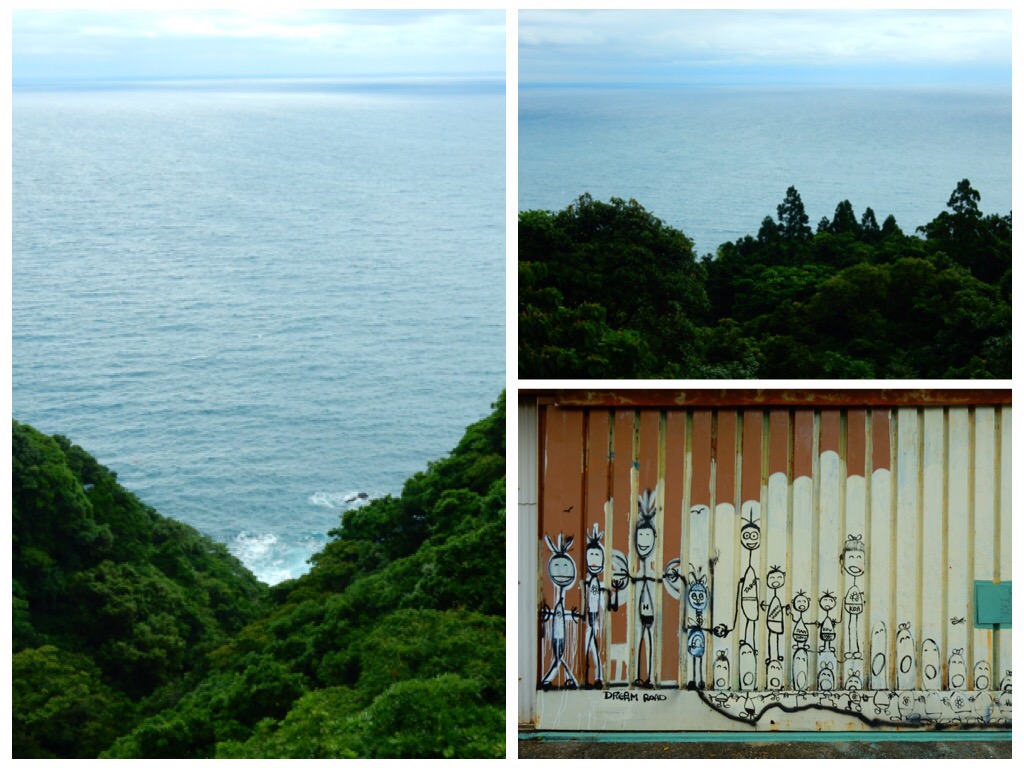 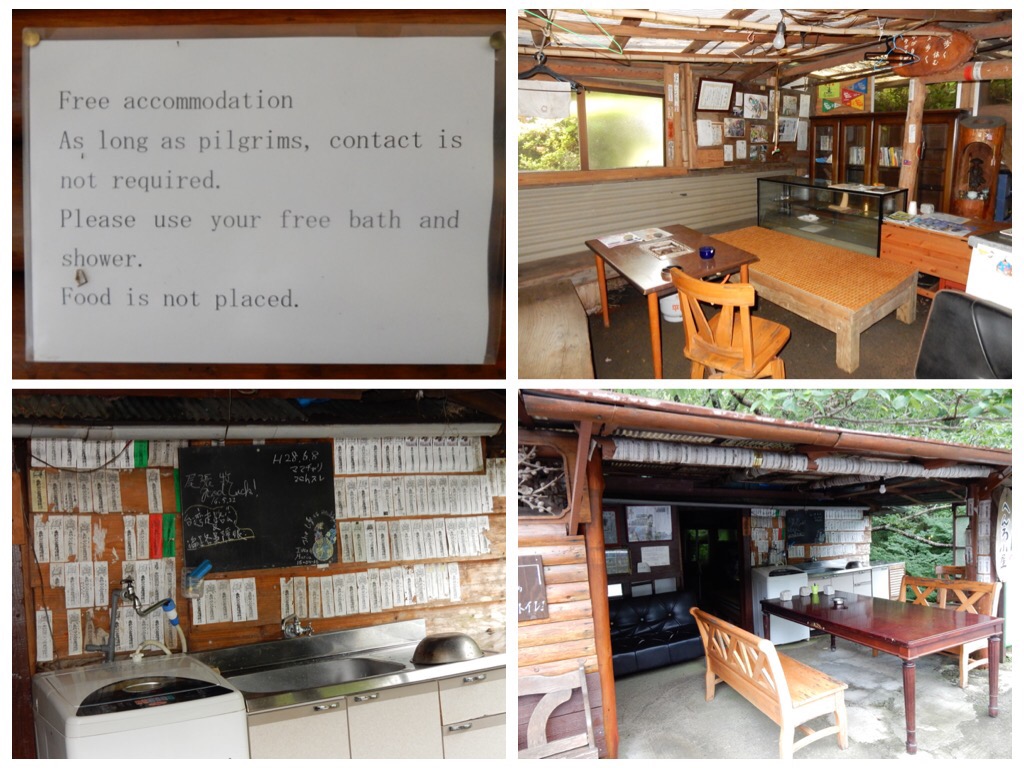 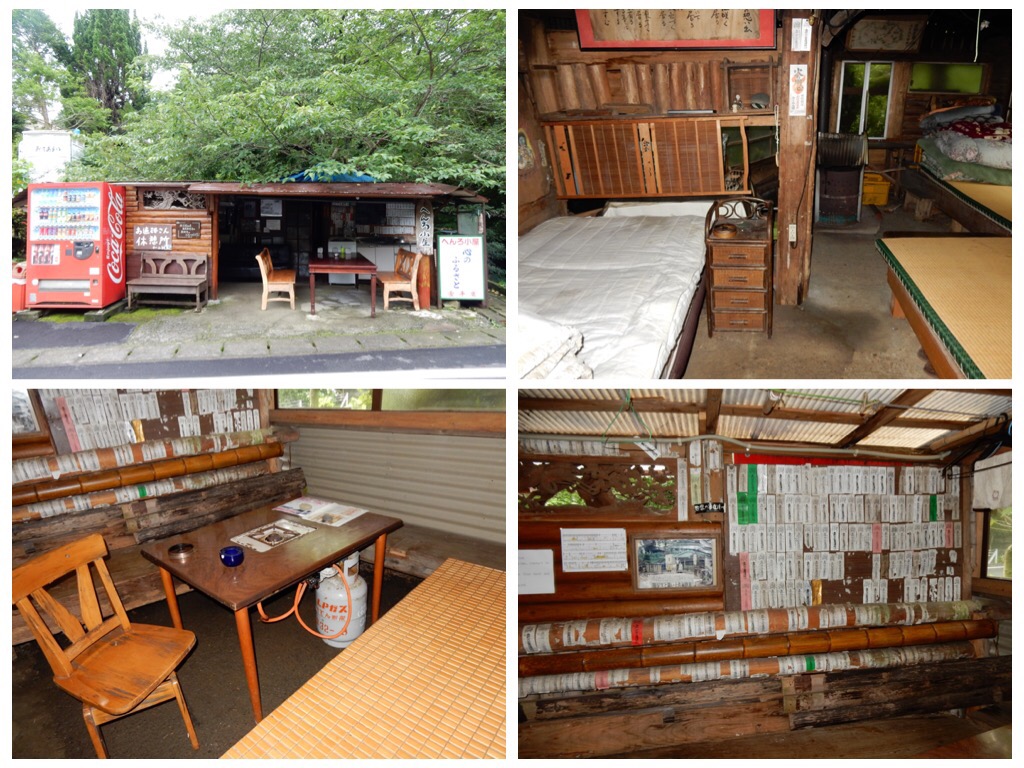 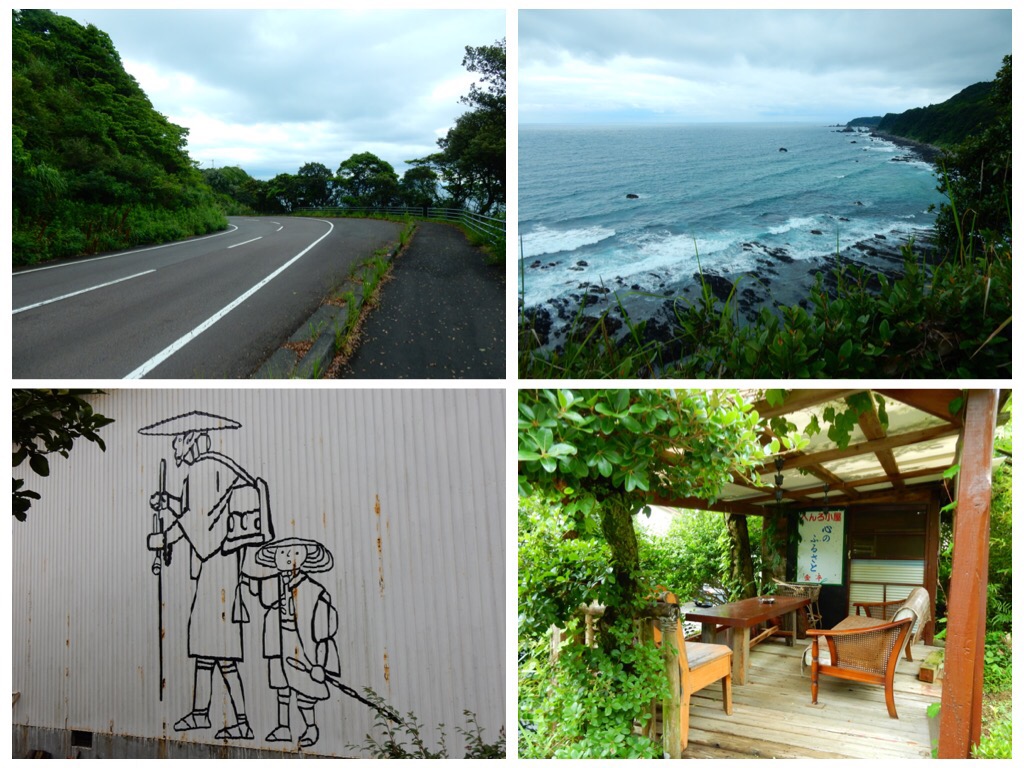 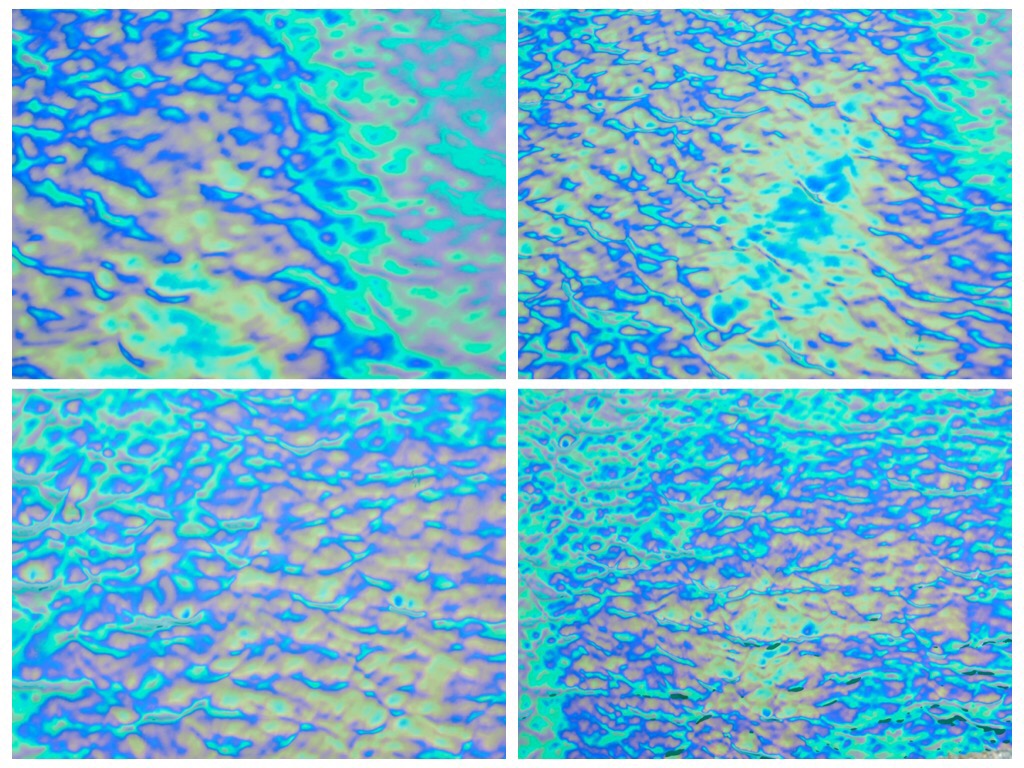 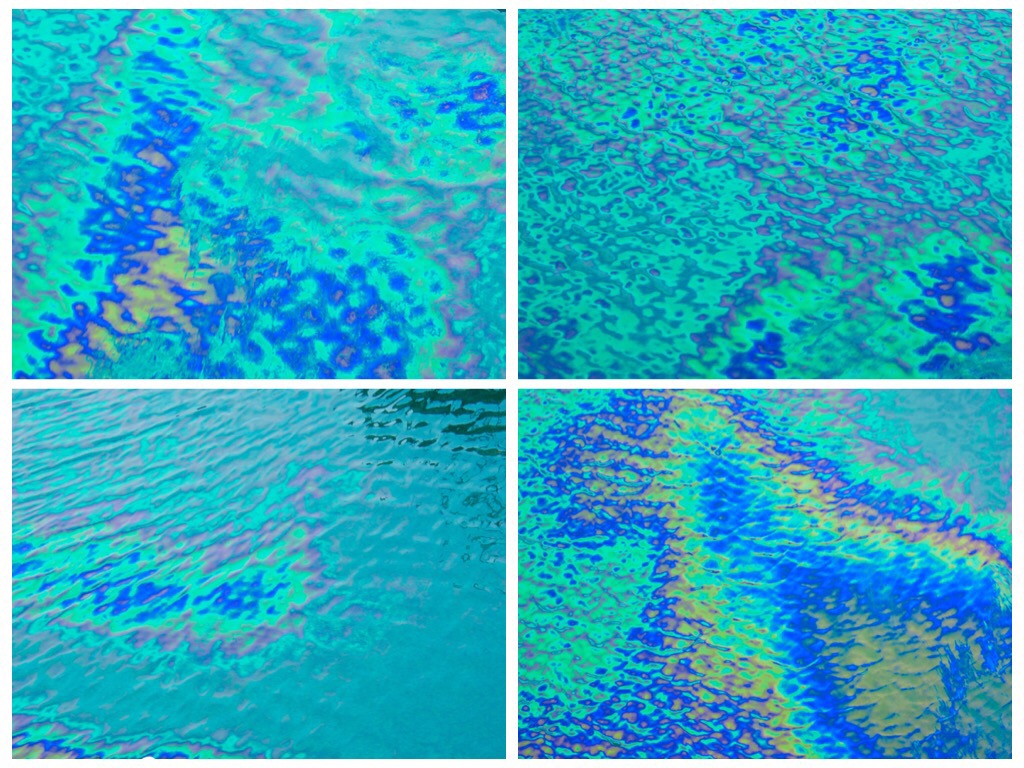 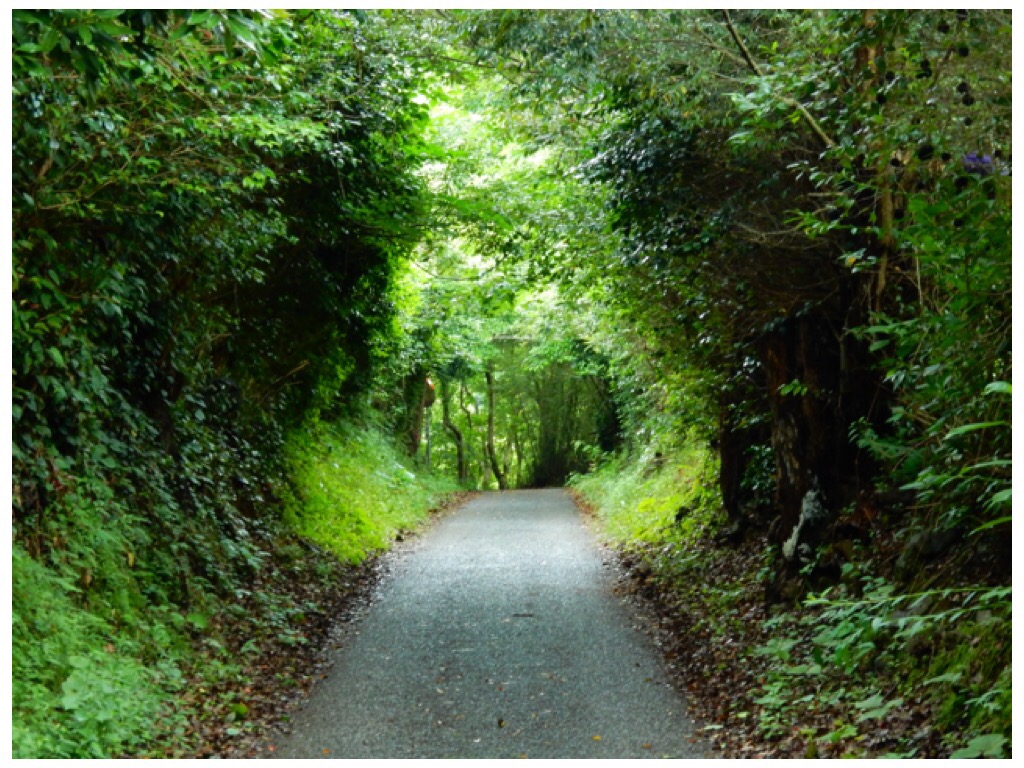 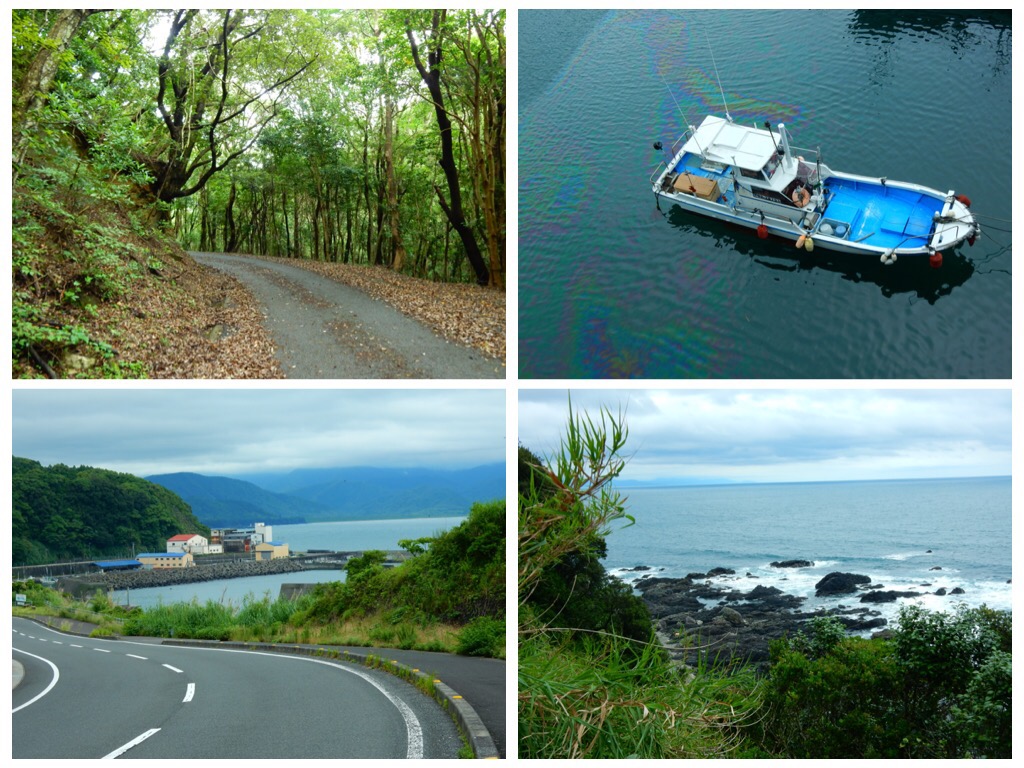 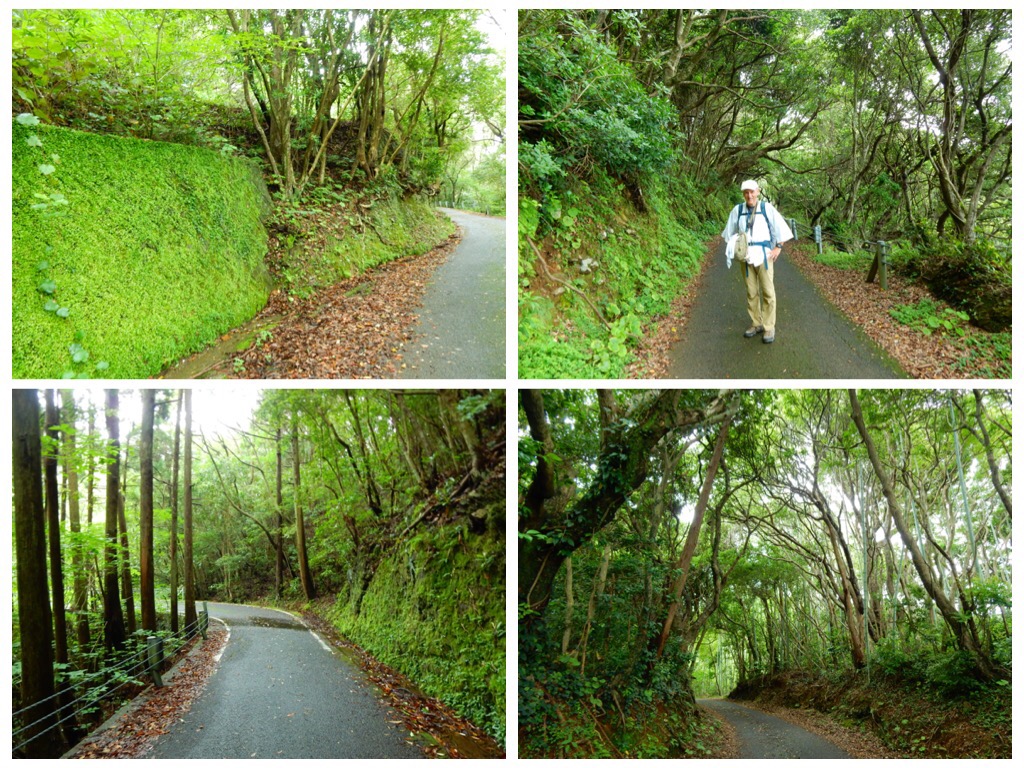 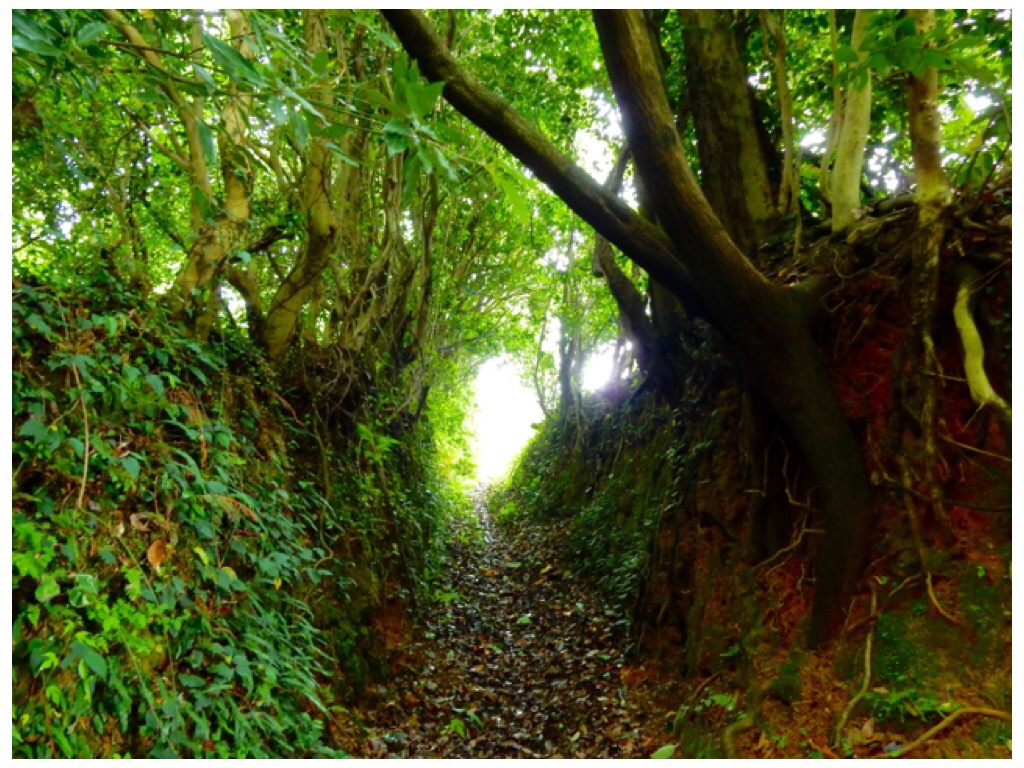 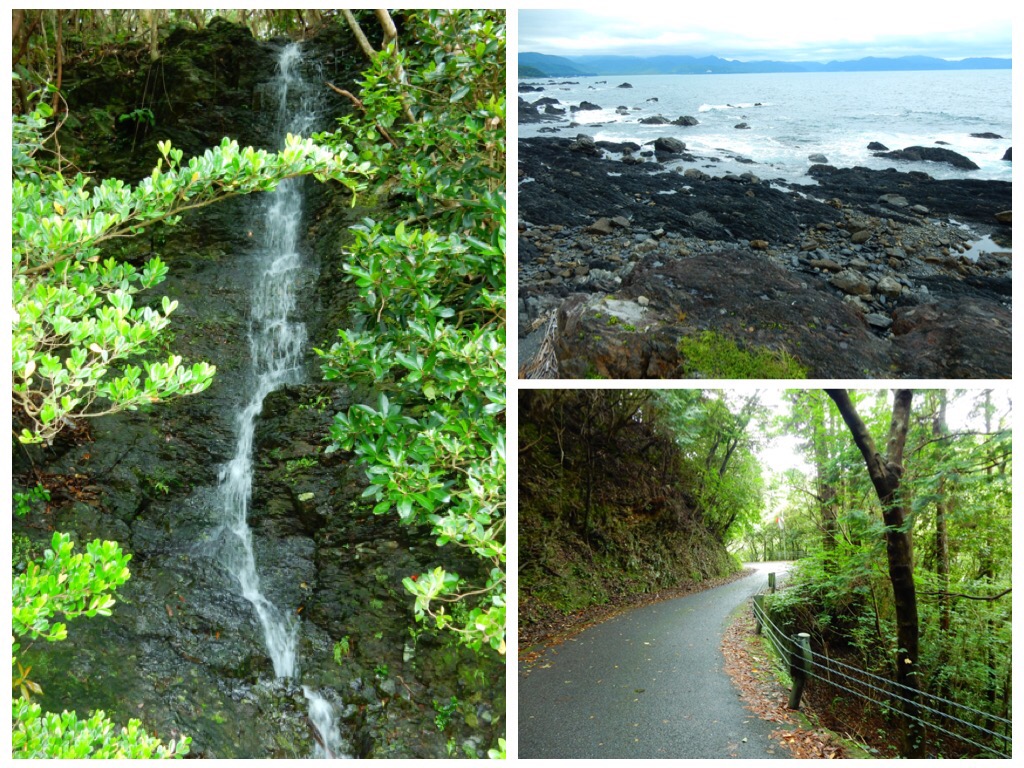 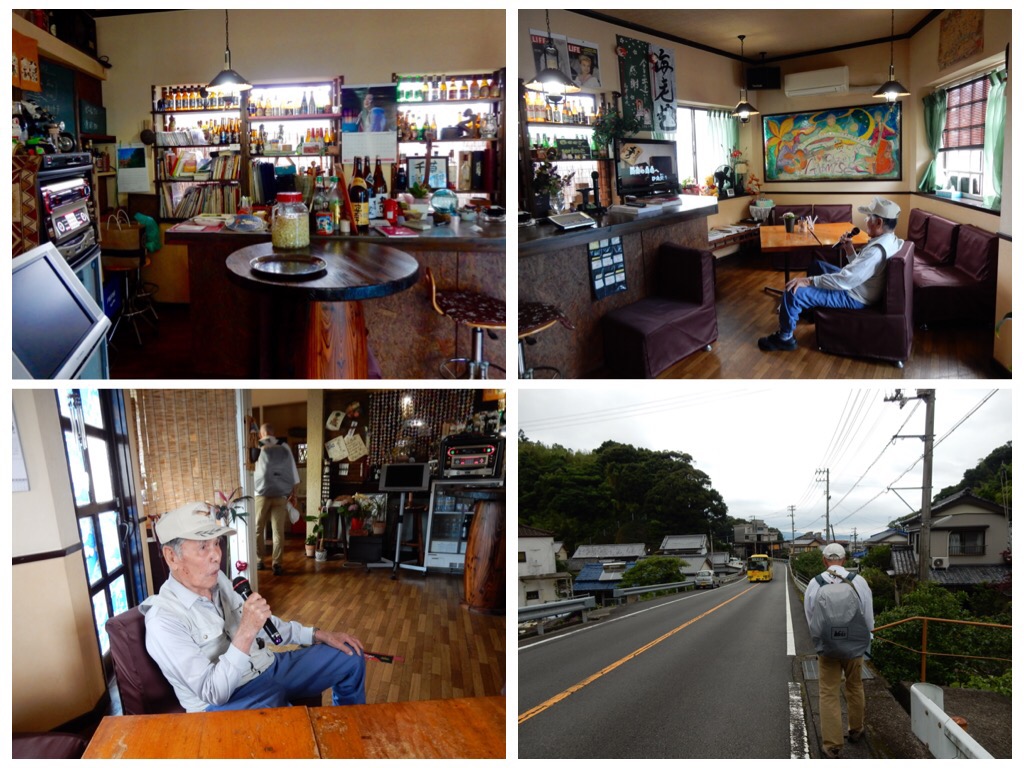 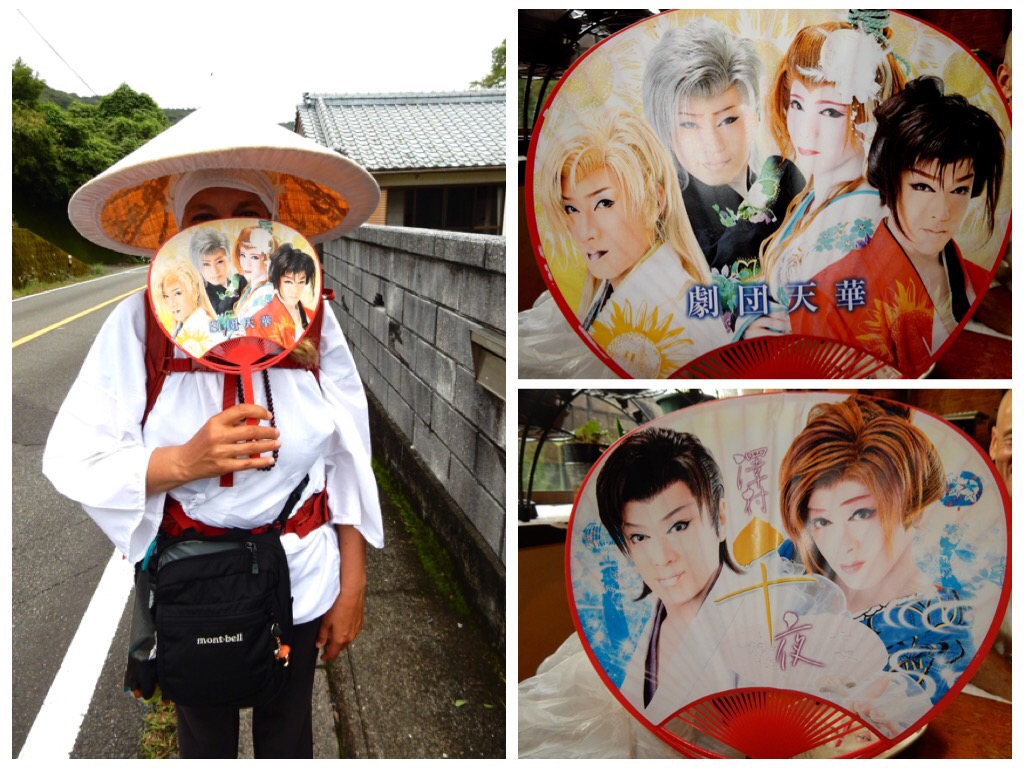 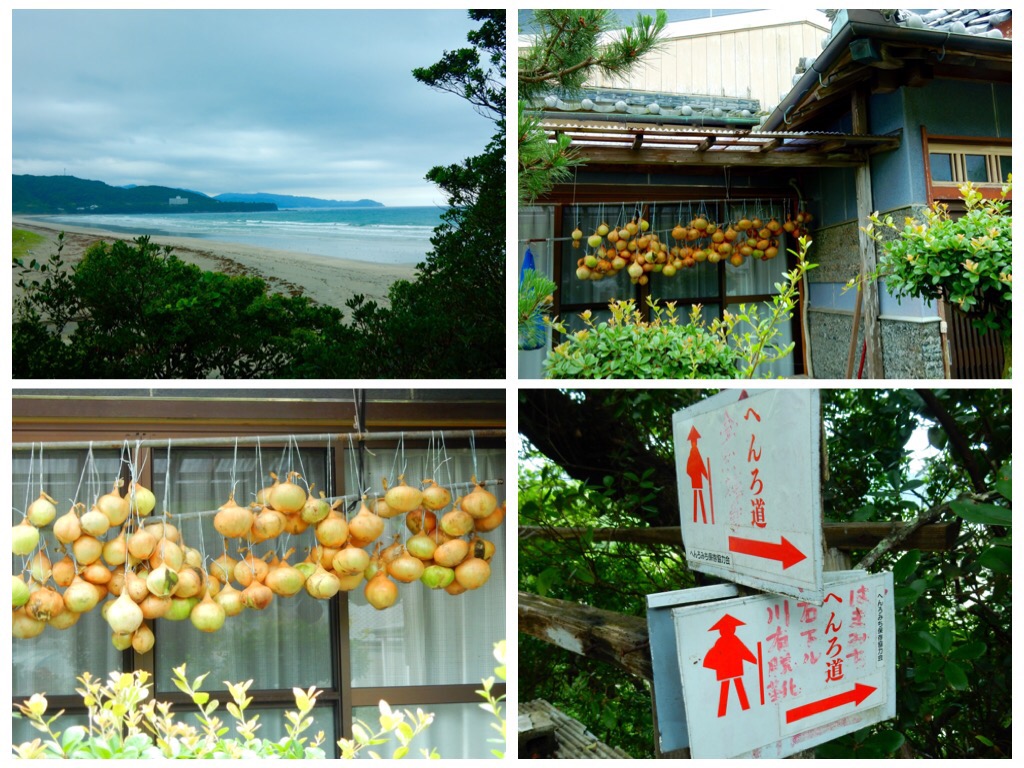 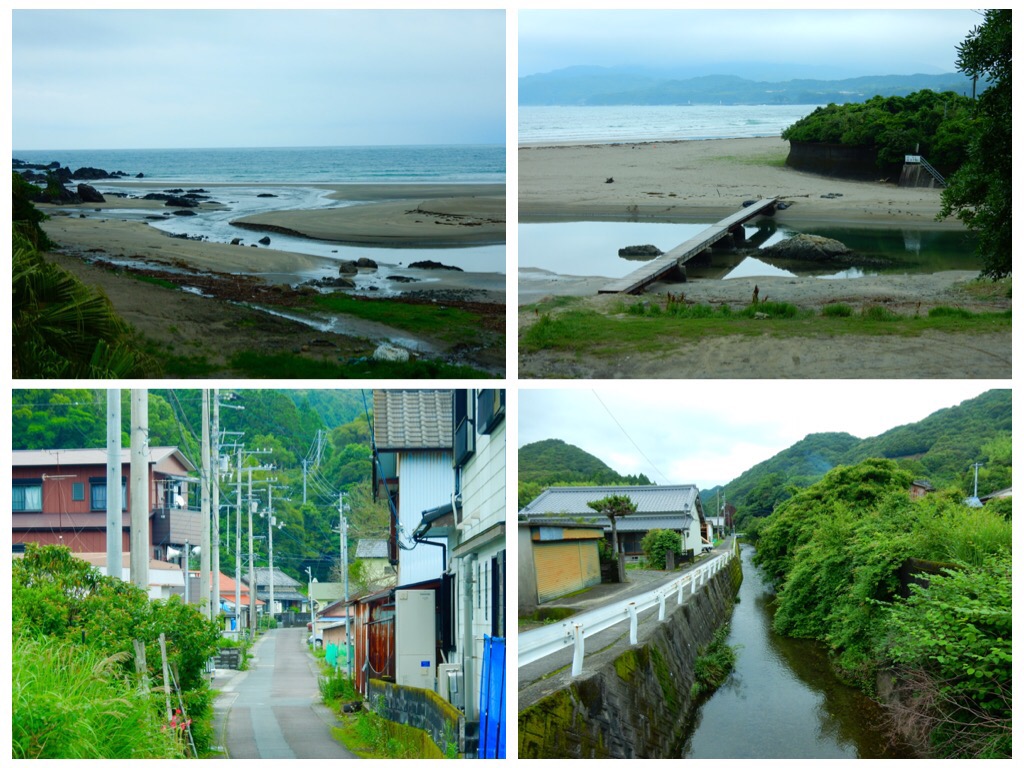 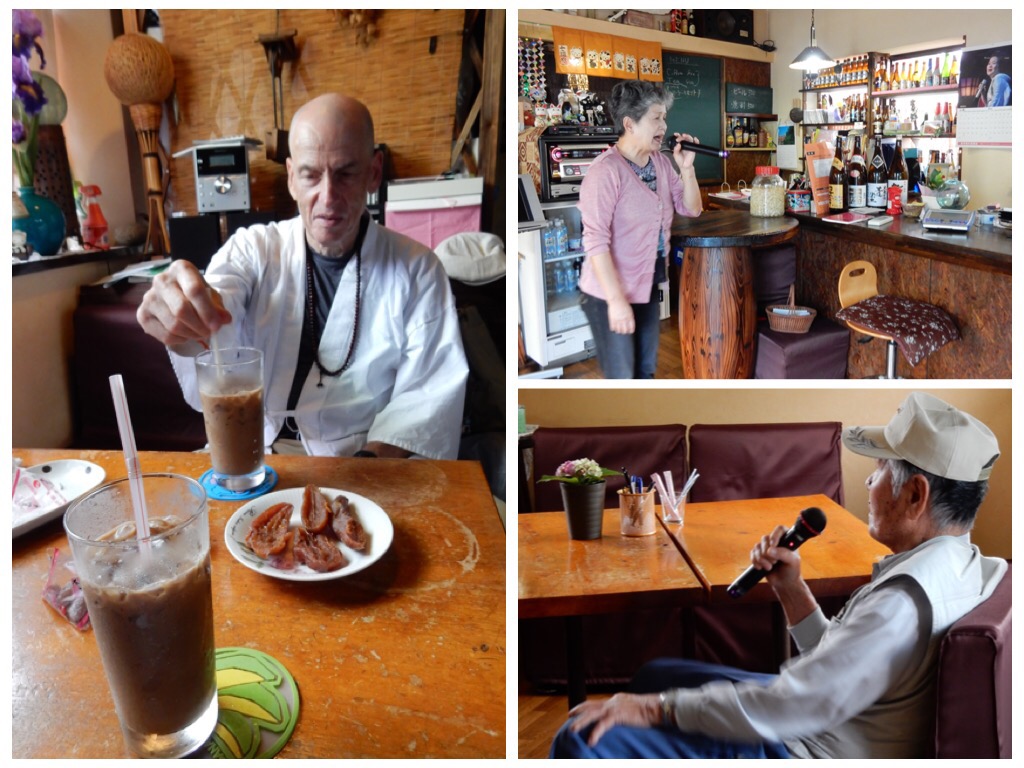 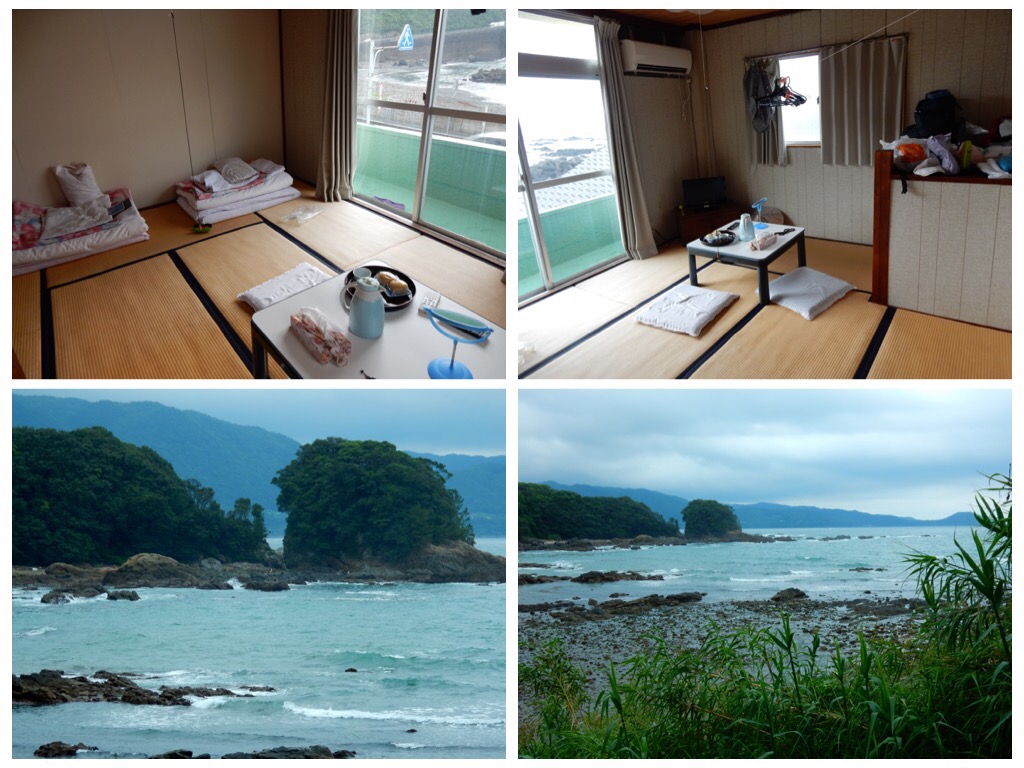 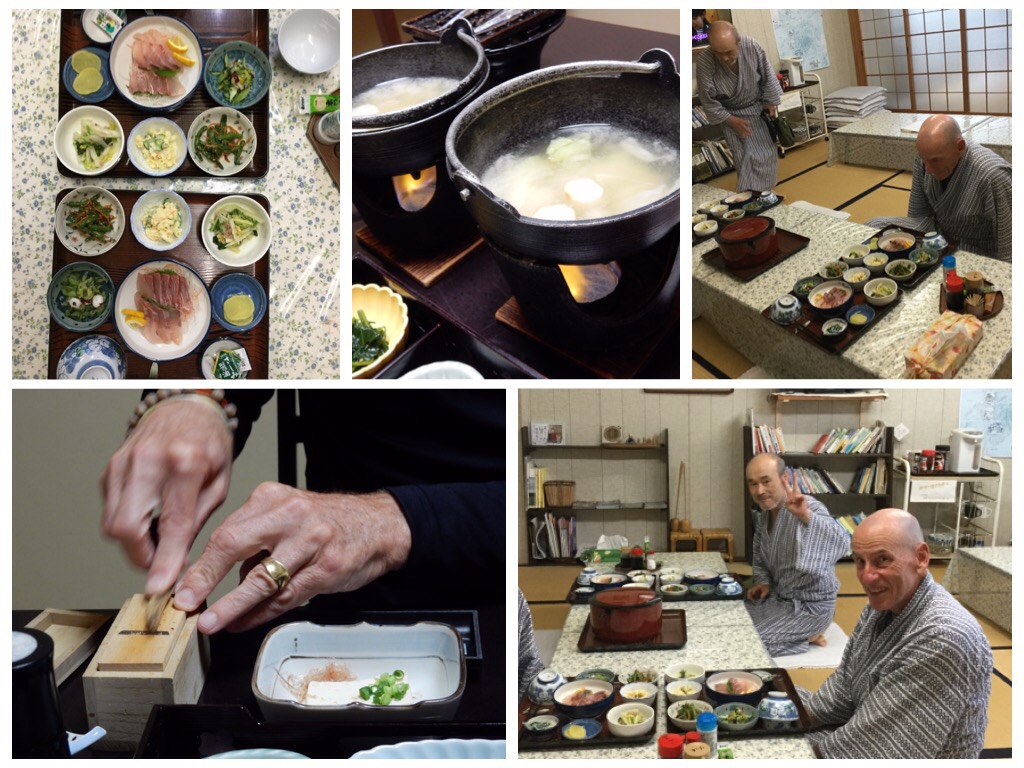 On our pilgrimage, every day brings with it unexpected experiences and delights.
It might be someone you meet, or a slice of life that you happen to come upon by serendipity or happenstance.

We had a delightful breakfast at the Ashizuri Thermae Onsen Hotel.
They had all the usual local specialities, including dried Bonito, which you get to shave yourself using a beautiful wooden shaver for which you have to put on white gloves.
They even have little white gloves for children, so they too can learn to use their fingers with dexterity, instead of always being warned not to cut off their fingers or “take out their eyes.”

There was also a nice selection of fresh fruit, and I made for myself a large vegetable salad, with fruit on the side.

We had three choices of roads to walk on, after we checked out of our hotel, to go North from Cape Ashizuri.
There is the Northwestern route, the Northeastern route and the middle sky road that snakes through the mountains, but is also the shortest route.

I chose the Northeastern route, and I was very glad I did.
Initially, I wanted to take the Skyline route, because I imagined it to be the most rural and quiet one.
But I was happy that I had not chosen it, because it was actually the one most used by cars, while the long snaky northeastern route was very rural and almost devoid of all cars.

It was also a very beautiful route.
It followed the curves of the coastline, but not at the beach level.
We walked for most of the day on a quiet, one lane road that was higher than the beach, under a canopy of large trees.

We passed by rural villages with just a few houses and a post office, small fishing marinas and a few old factories.

The day was very cloudy, but the rain held back until the late afternoon.
There were no wooden benches and hardly any places to stop and rest.

We passed by a free place to stay for pilgrims.
It had some rudimentary cooking facilities, a toilet and shower, and a room with a wooden platform stocked with much used blankets and pillows.

I have heard about many pilgrims who do this pilgrimage with very little money, and apparently there are numerous free places like this to sleep in, all along the path.
Some of the temples also have tiny communal rooms where pilgrims can sleep for free.

We stopped to use the toilet, but the clouds of mosquitos that were swarming around chased us away.
Some of the mosquitos were the biggest I’ve seen, looking like tiny jet planes.
We escaped without a bite, but we still needed to rest our feet.

I need at least half an hour of rest off my feet and without my backpack, before I can get back on my feet and walk comfortably again.

The only small town along the way was the town of Iburi.
I imagined that when we reached it, we would find a place to eat, or even better, a cafe in which we could have an iced coffee and a snack.

When Iburi came into view, it did not look promising.
There was an abandoned factory, a collection of houses very close to one another, and a rusty hangar made of corrugated iron.

At a bus stop, I spotted a bench and I simply had to sit to rest my feet.
We were sitting there at the bus stop when an old man with a cane walked by us.
He stopped to chat, asking where we came from and where we were going, and mentioned that the day was very hot but at least it had not rained yet.
After our chat, he wished us a safe journey and continued down the road.

The town did not seem to have any obvious places to eat or rest, so I took out my phone and looked at Google Maps, hoping to find a cafe or a place to eat that is marked on the map.

Yes! There was a cafe further down the road, but I did not hold my breath.
Many of the rural cafes have closed down, as there are just not enough customers to keep them in business.

We saw almost no other walking pilgrims all day.
Everyday we are surprised that we walk on mostly empty rural roads with no one in sight.

Some of the rural restaurants are also closed during the day, and open only in the evenings.
But this cafe was located near the path anyway, so I decided to stop and investigate.

As I neared the door, I could hear music inside and my spirit was uplifted.
I opened the door and walked inside hesitantly.

The woman who owns the place, invited us in, saying: “Welcome! Welcome!”

In an armchair in front of a TV screen, sat the same old guy who chatted with us at the bus stop.
He was holding a microphone in his hand and singing along with old-time romantic Japanese Karaoke music, following the lines on the TV screen.

He had a fabulous voice and a sincerity of a real performer, as he sang tender old Japanese love songs, along with the TV.

I was SO CHARMED that I wanted to stay there and never leave.
The woman owner told us that he was 88 years old, and that he comes every day and sings for about an hour.

Imagine this……Every single day, rain or shine, he walks down the hill from his house, no short distance that, and goes in her rural cafe in the middle of nowhere, sits in an armchair in front of the TV, and sings in a beautiful strong voice for an hour….

She made us two good ice coffees and gave us some sweets and a plate of dried sweet potato strips that she made at home as a gift.
She told us that she had soaked the sweet potatoes in honey and then dried them in the sun.
It tasted very good, a bit like dried pears.

She also gave me a hand fan with her favorite TV show’s stars printed on it.
Then she took an extra microphone and joined the old man in singing.
She had a fabulous voice and she was able to sing in tune without missing a beat.

I had goosebumps of pleasure.
I thought to myself that if death were real, and if I died right there and then, I could honestly said that I had lived a full and blissful life.

Jules adds: “This was pretty much the coolest thing to enjoy that I can remember. The old man sang with such surprising strength in his voice, despite his frail appearance.
And the woman owner was clearly doing what she loved, singing Karaoke, running a tiny cafe, with seating for perhaps six or eight people total, without regard for the economics of it, just for the sheer love of having a 1950’s theme cafe that at night morphed into a sake bar.
I was in heaven, sipping delicious iced coffee and just taking in the scene.”

I sat there feeling totally blissed.
Life could not have been more perfect than the way I felt at that moment, listening to the old man and the lovely woman singing, as they do every day in this tiny roadside cafe at the end of the tiny town of Iburi.

I experienced Heaven in that place, listening to the music, taking in the atmosphere, drinking the cold ice coffee and resting my tired feet.

I thought to myself that if you take the time to get to know people or to observe their lives, you cannot help but to really and truly LOVE them.
People are so sweet and full of soul, and all it takes is to just take the time to enjoy their presence.

With a sad heart we left the cafe and continued our walk, as we still had about another two hours to go to reach our guesthouse for the night.

Jules developed two more blisters on his toes, but he was walking at his normal speed and he did not even tell me about it until after we had arrived at the guest house.

It began to rain as we neared the town of Kumomo, where our humble and small guesthouse is located.

The friendly owner gave us a small room in her upstairs guesthouse located on the road across from the Ocean.
The communal toilet had one “Western Style” toilet, and the rest were old Japanese squat toilets.
It also had a washer and dryer and we did our laundry and took a good shower.

The owner made us a delicious and fresh dinner of local Sashimi, green beans in sesame, cooked cabbage with tuna, steamed rice with pickles, mushroom soup and cooked greens with sliced Octopus.

We ate the dinner with a couple of other Henros who do the pilgrimage by car.
They said they bow their heads to us for walking the entire pilgrimage and had sad looks on their faces when the news on TV showed that tomorrow will be a rainy day.

The room we sat in was decorated with photos of groups of pilgrims (Henros) who passed by this area, or stayed in this place.

She also called to make one more booking for us for Sunday, next week.
We felt so grateful for her help and recommendations.

People have been exceptionally kind to us.
I feel so happy to be part of humankind, as on our pilgrimage, it has become a literal term…. HUMANS who have been nothing but KIND to us…. Humankind…..

Temples visited:
None
Overnight at the Kumomo Minshuku in Kumomo