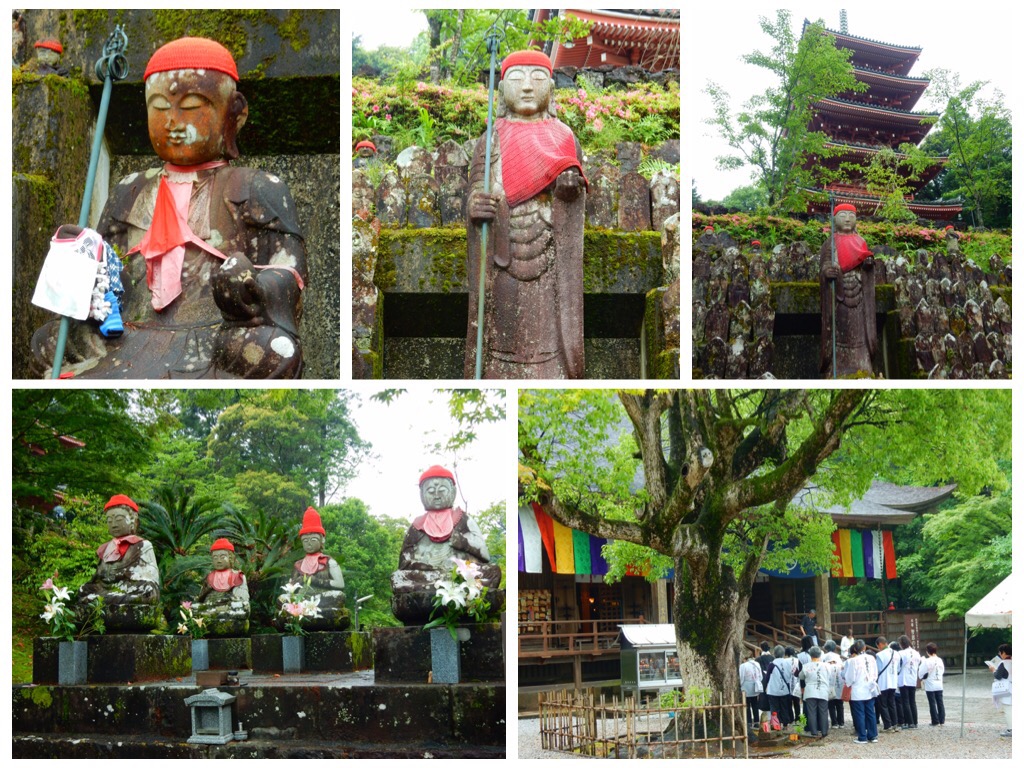 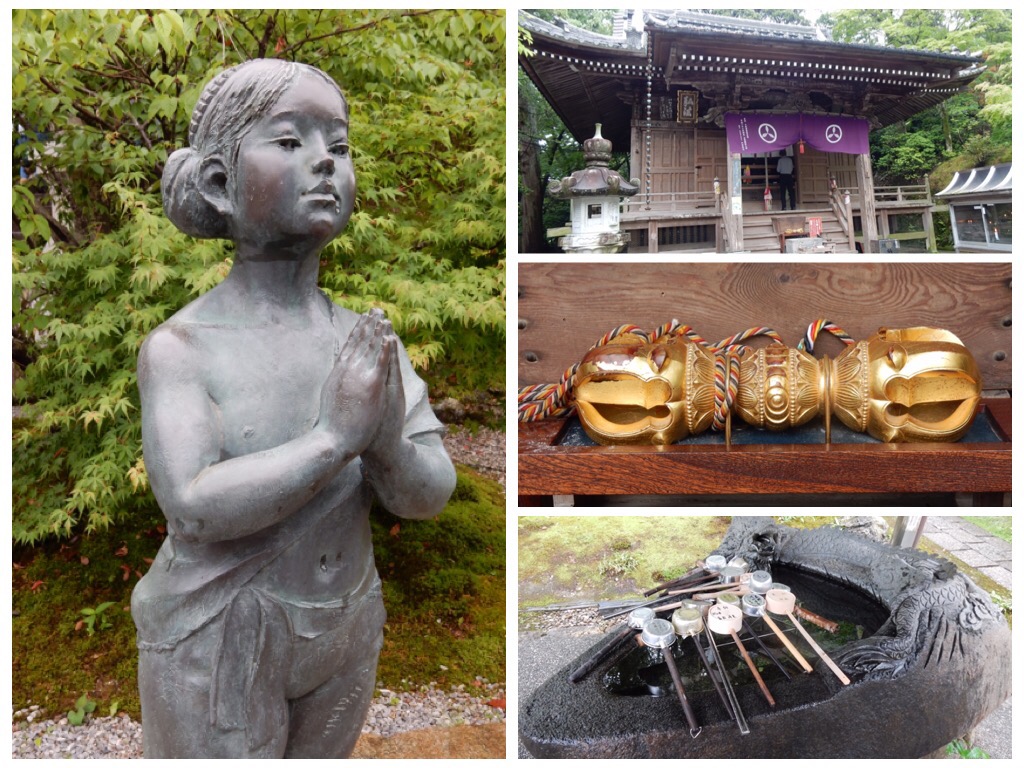 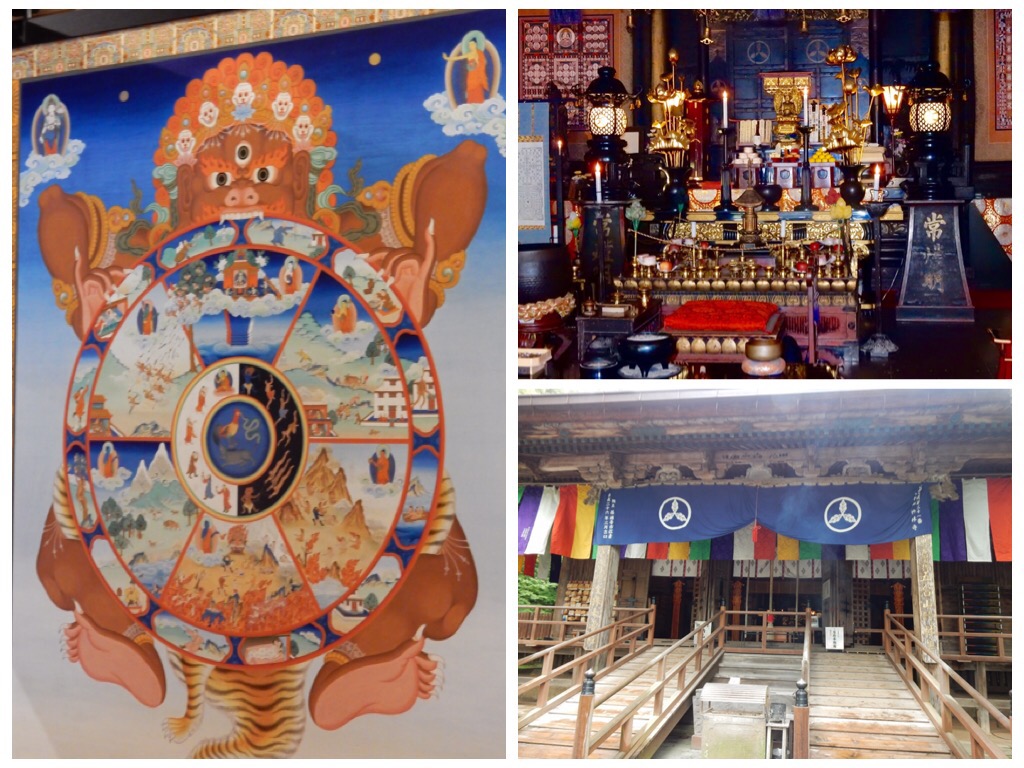 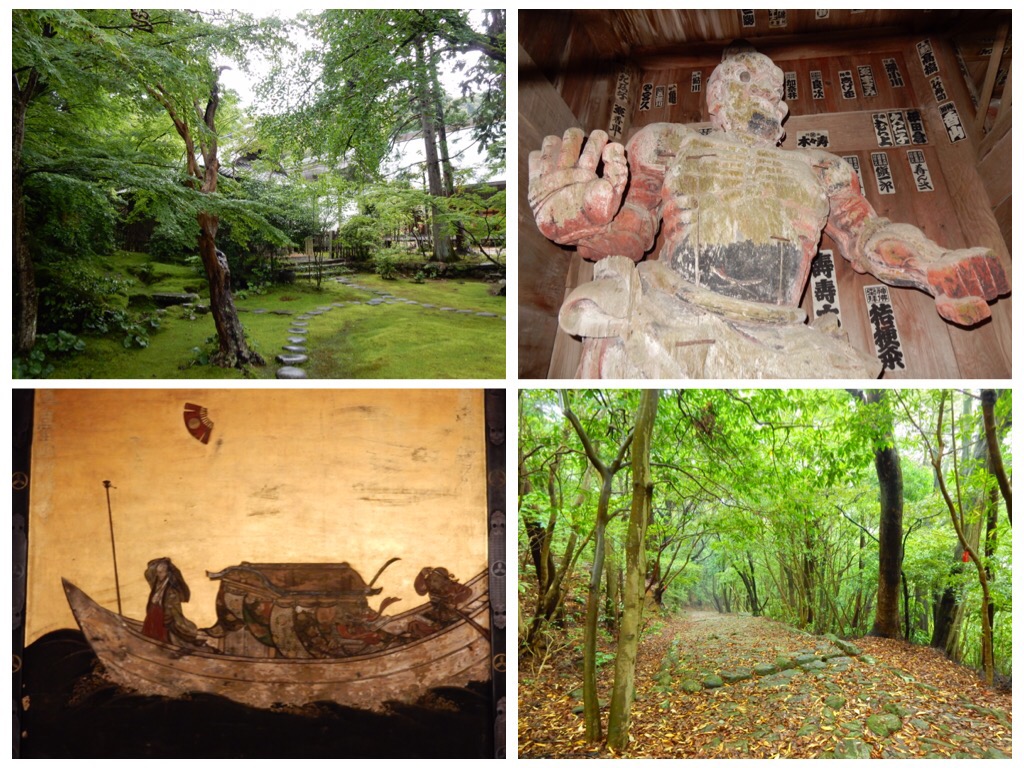 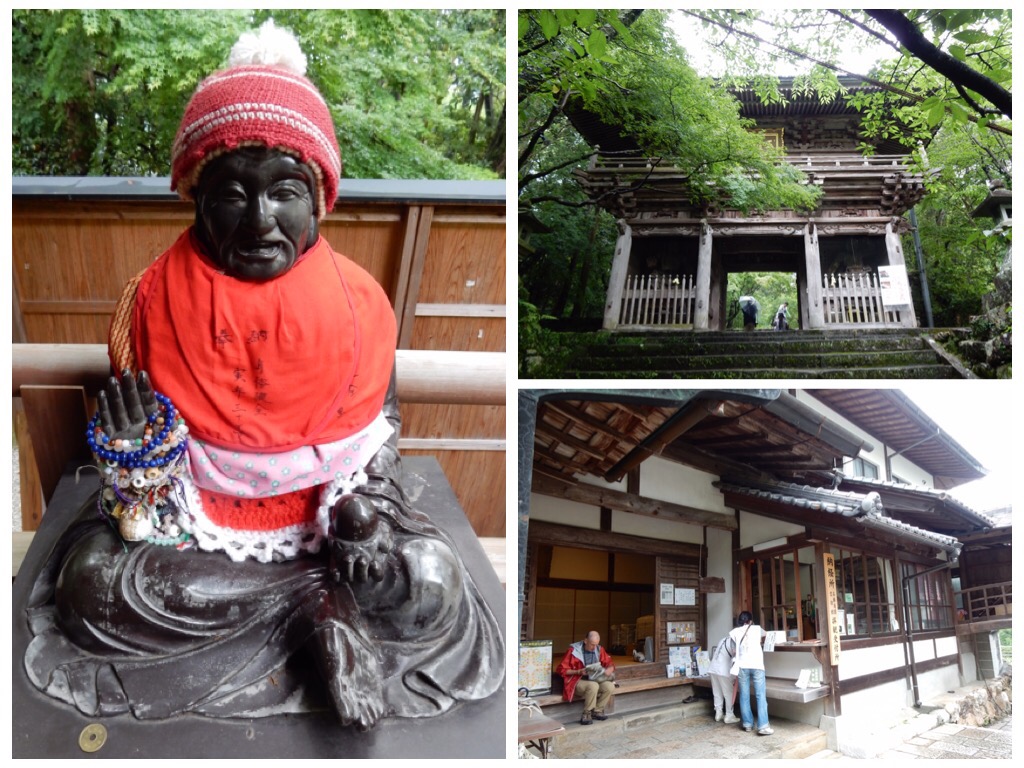 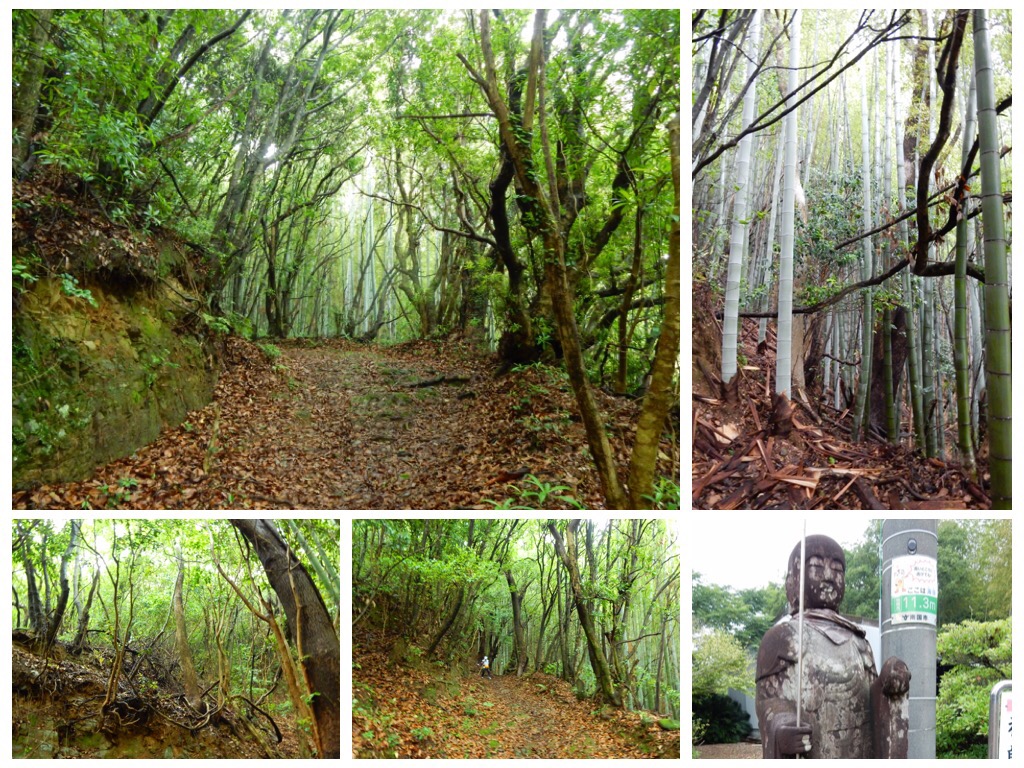 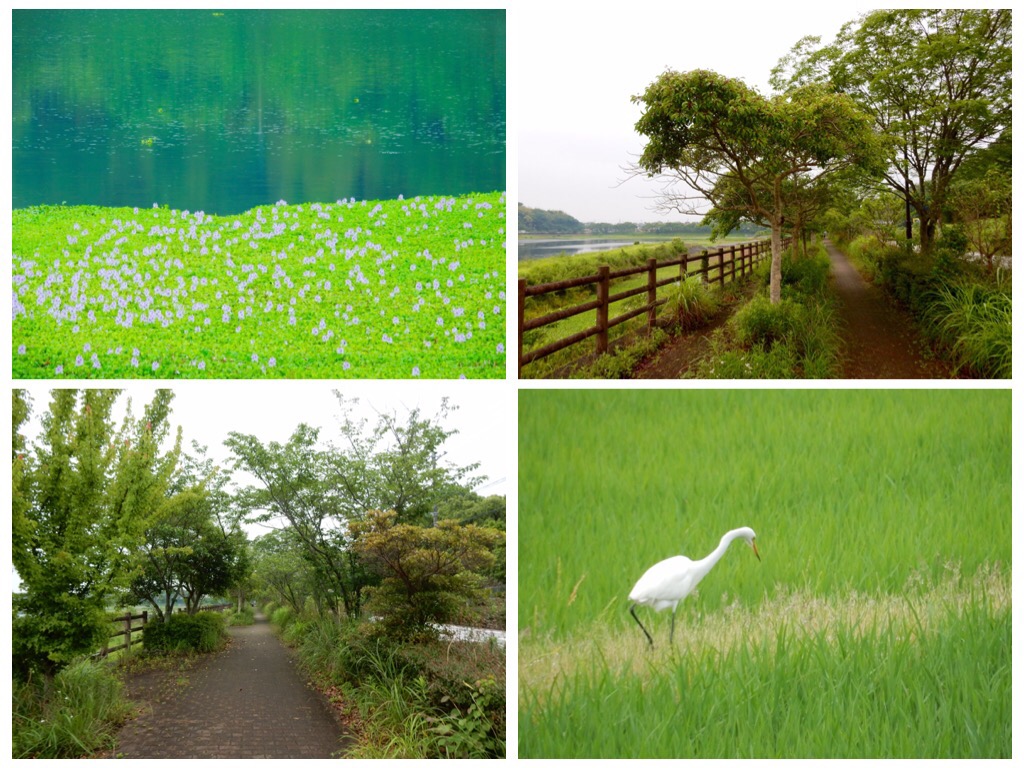 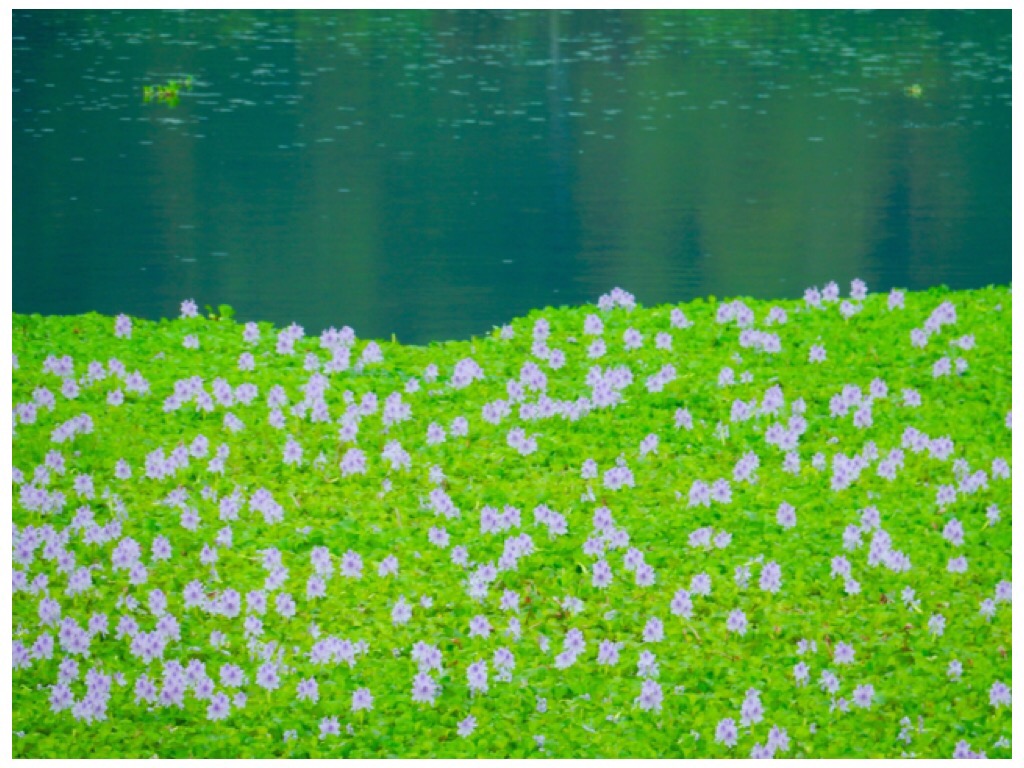 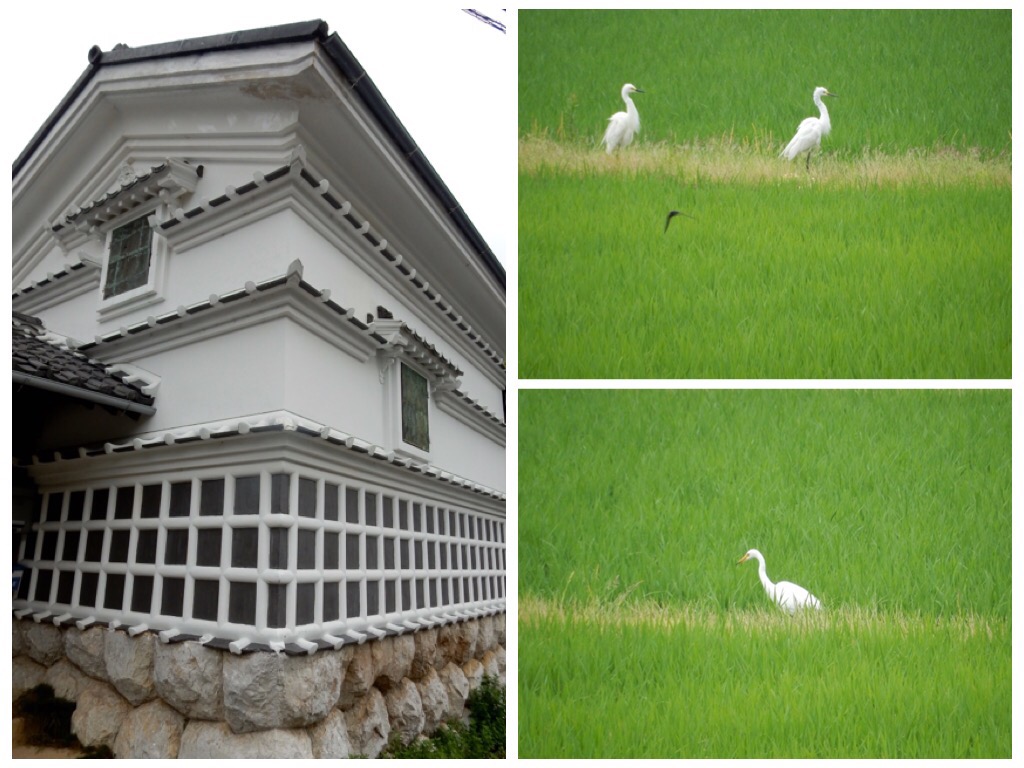 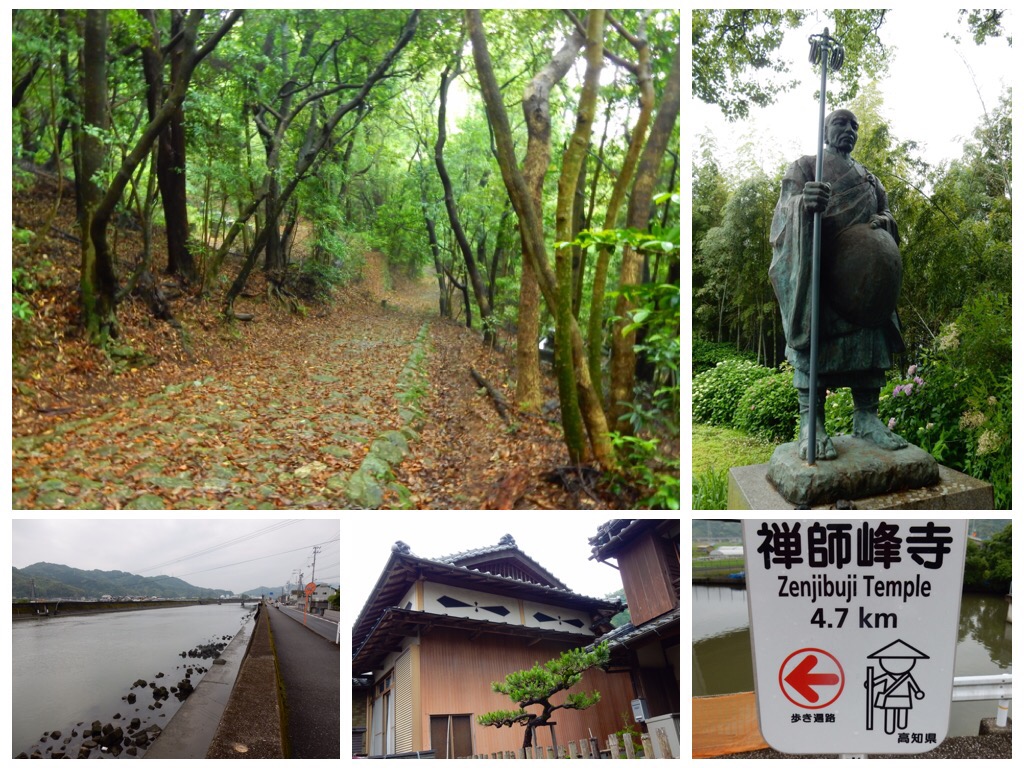 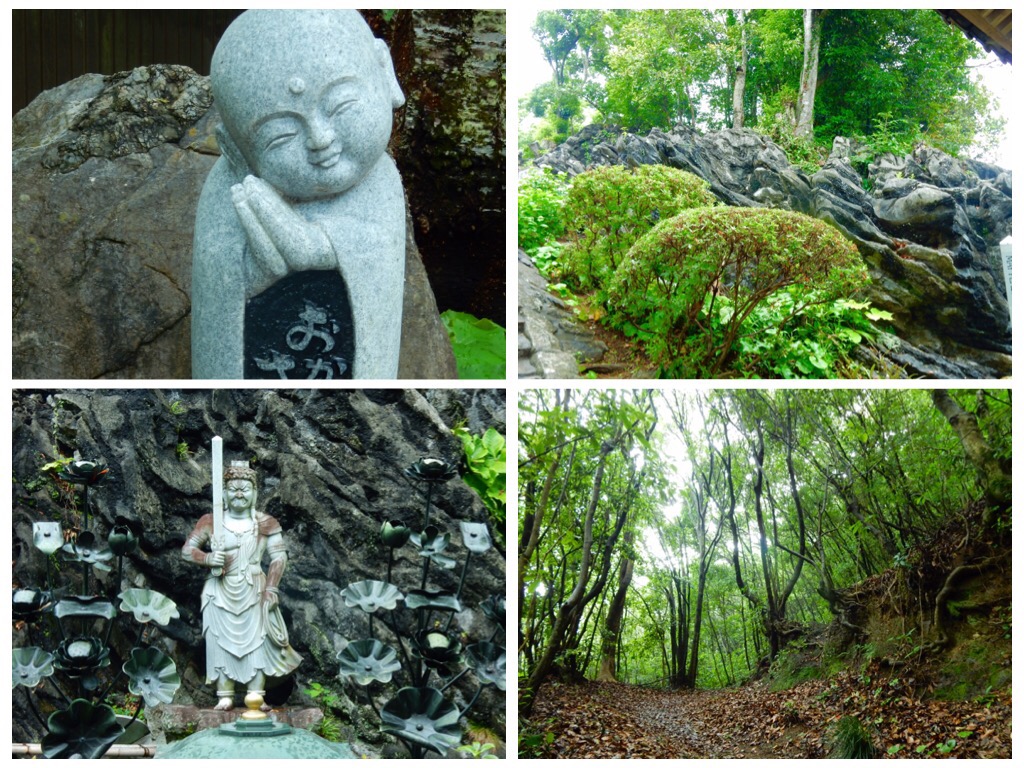 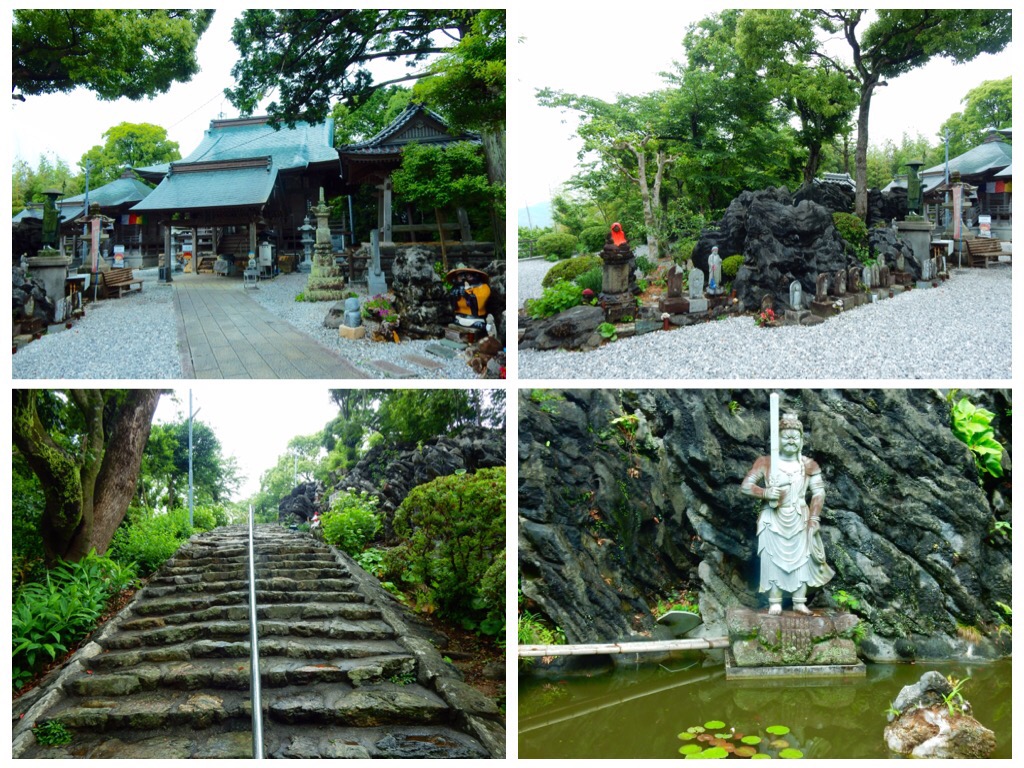 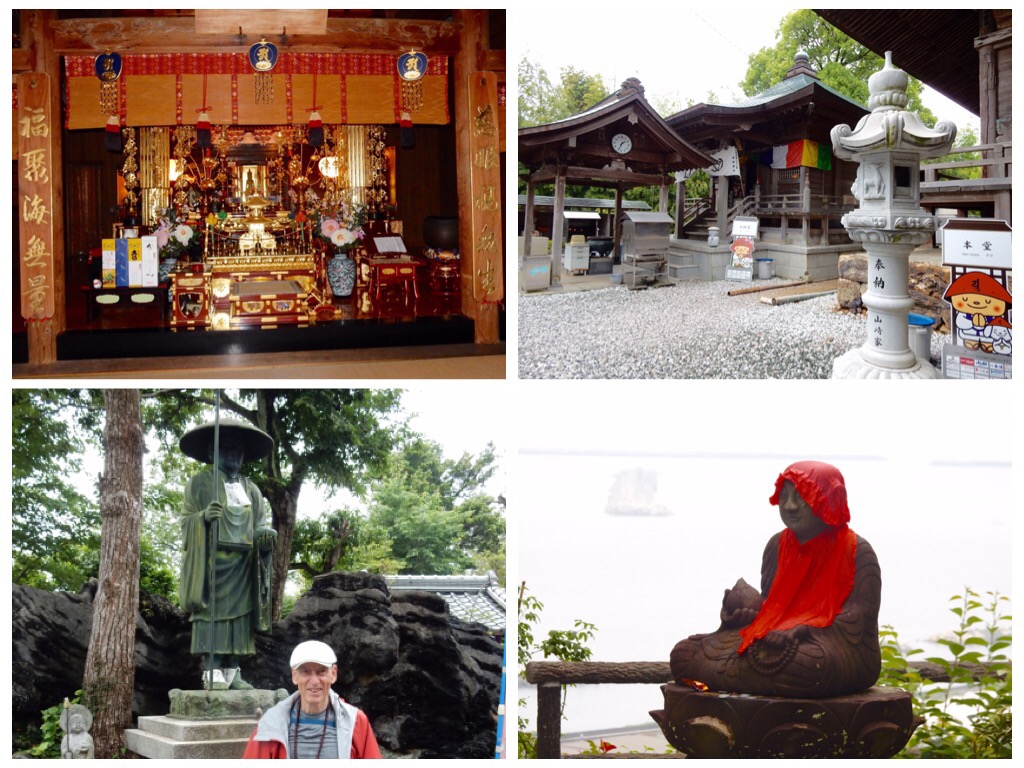 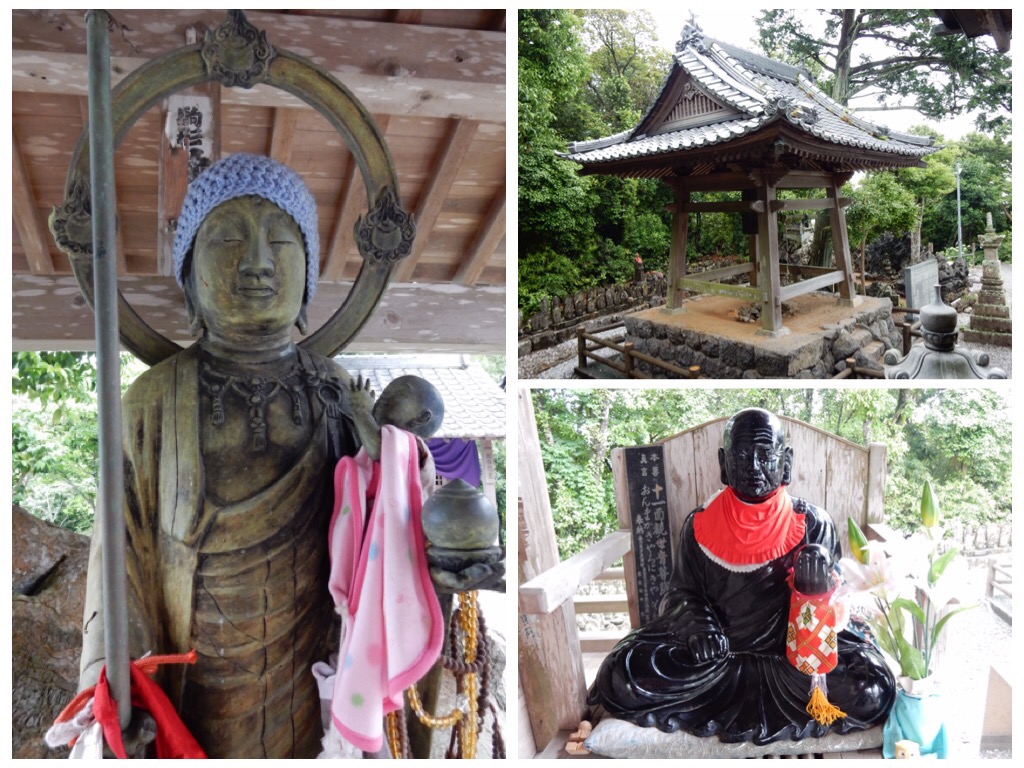 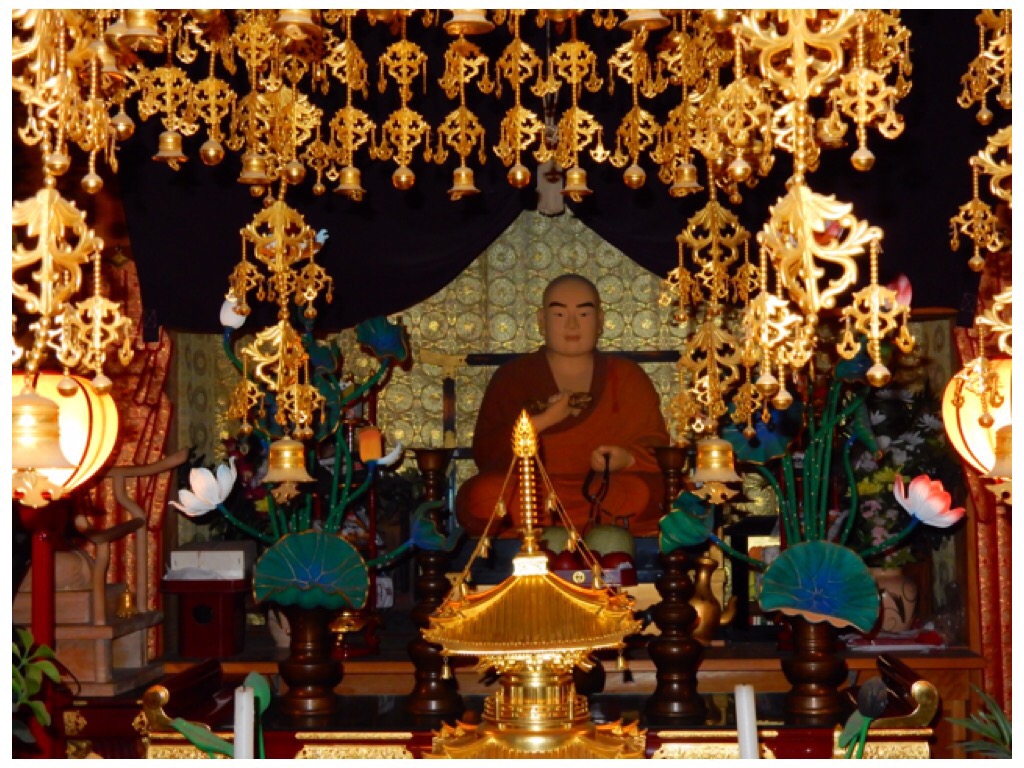 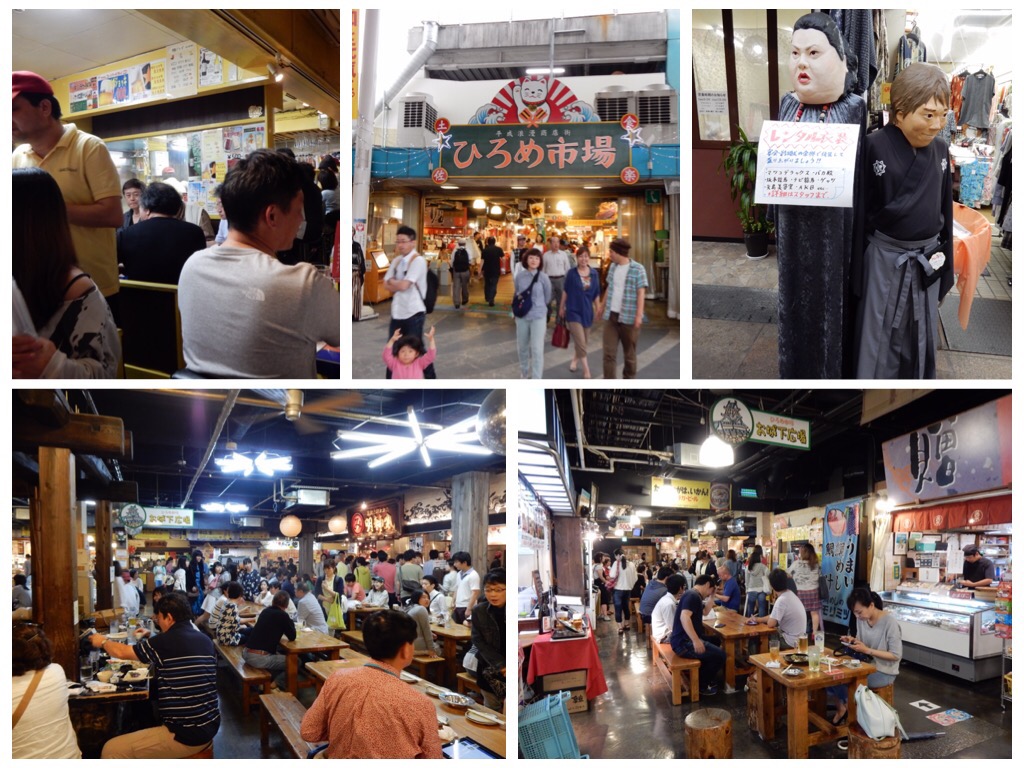 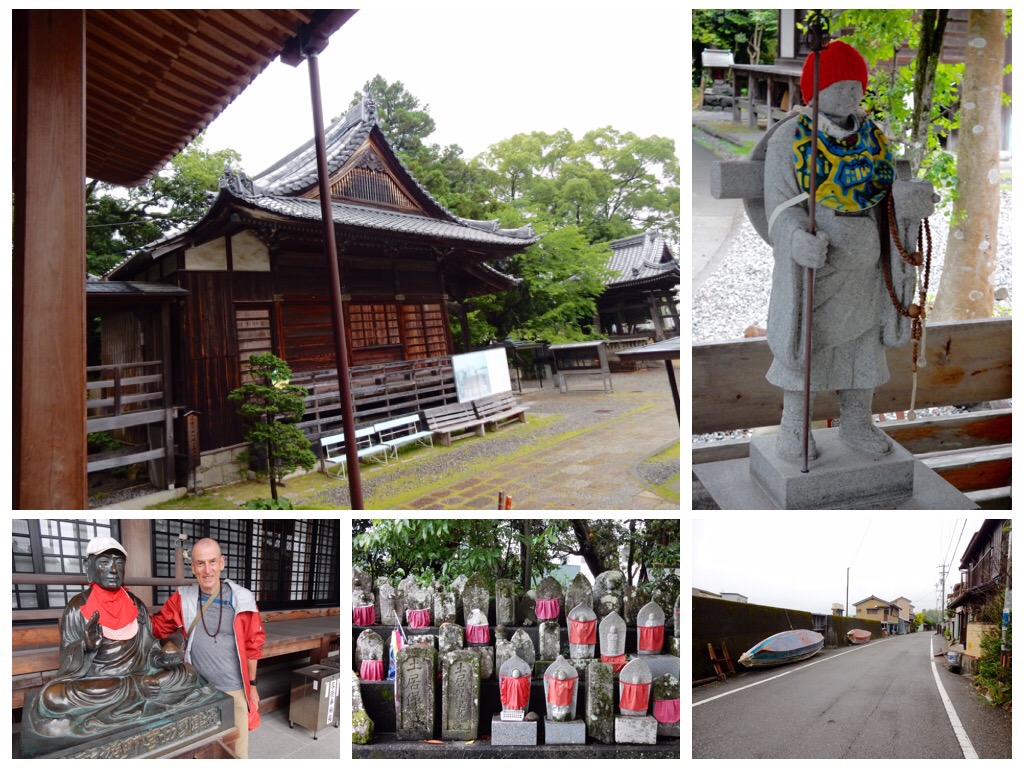 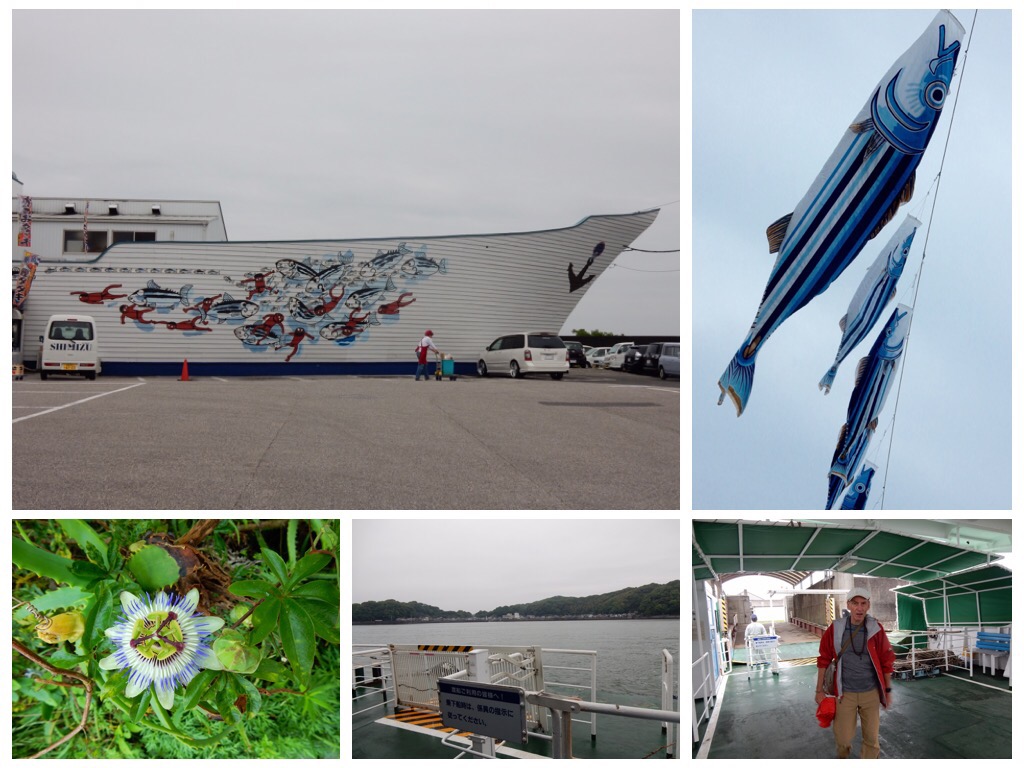 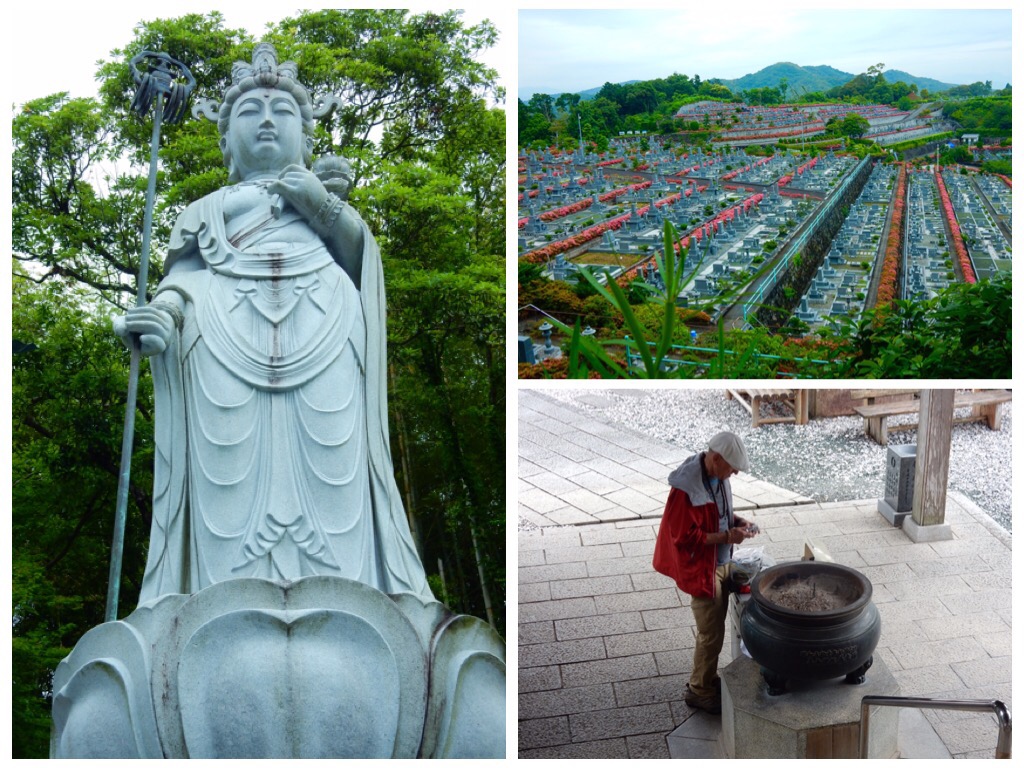 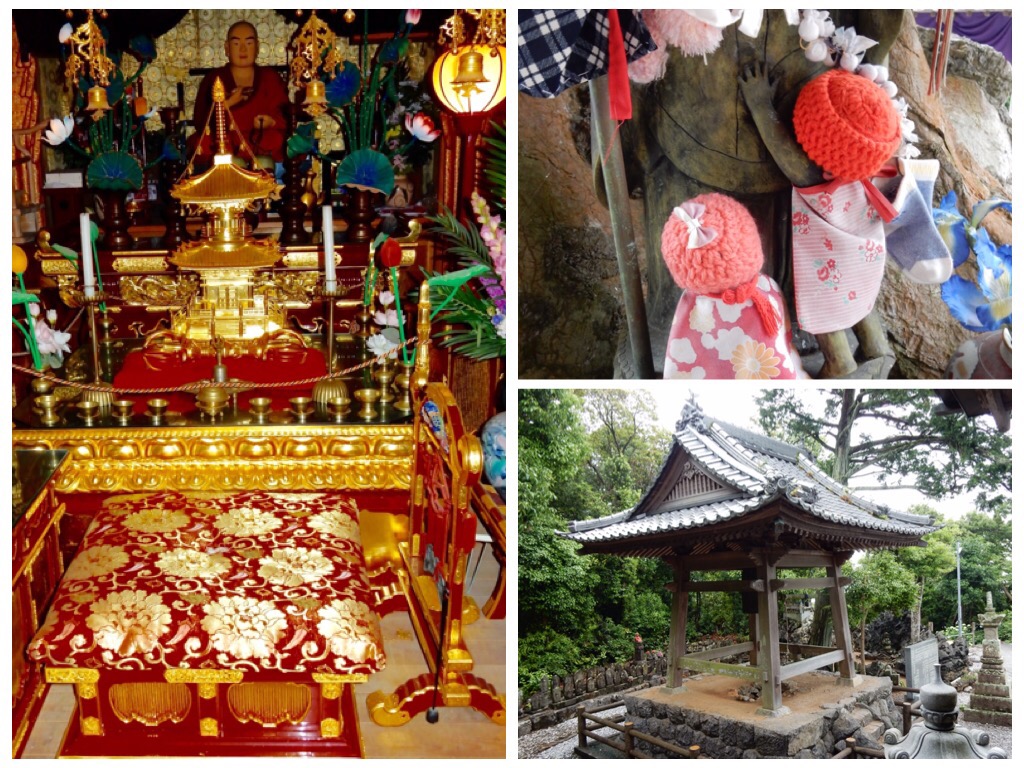 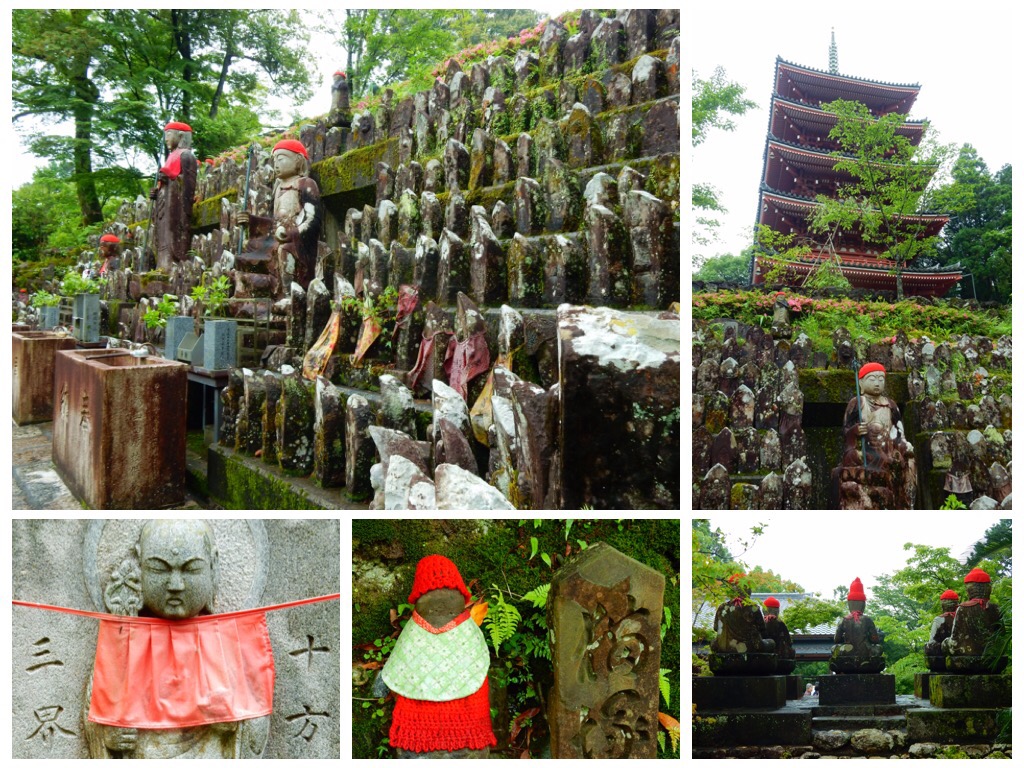 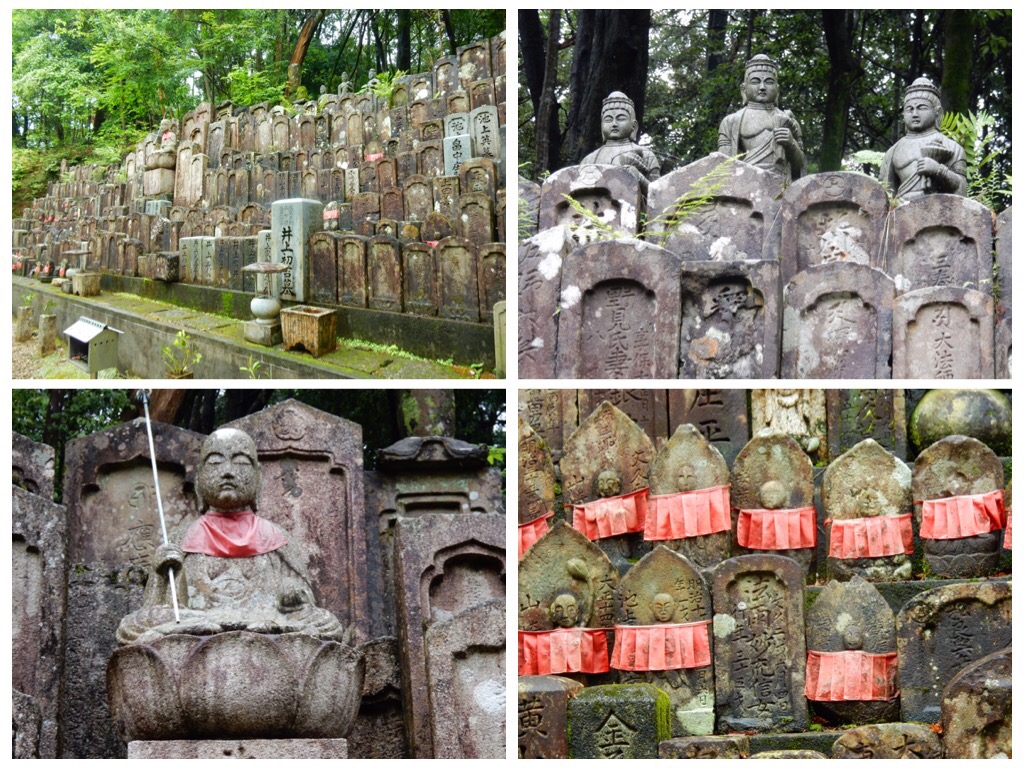 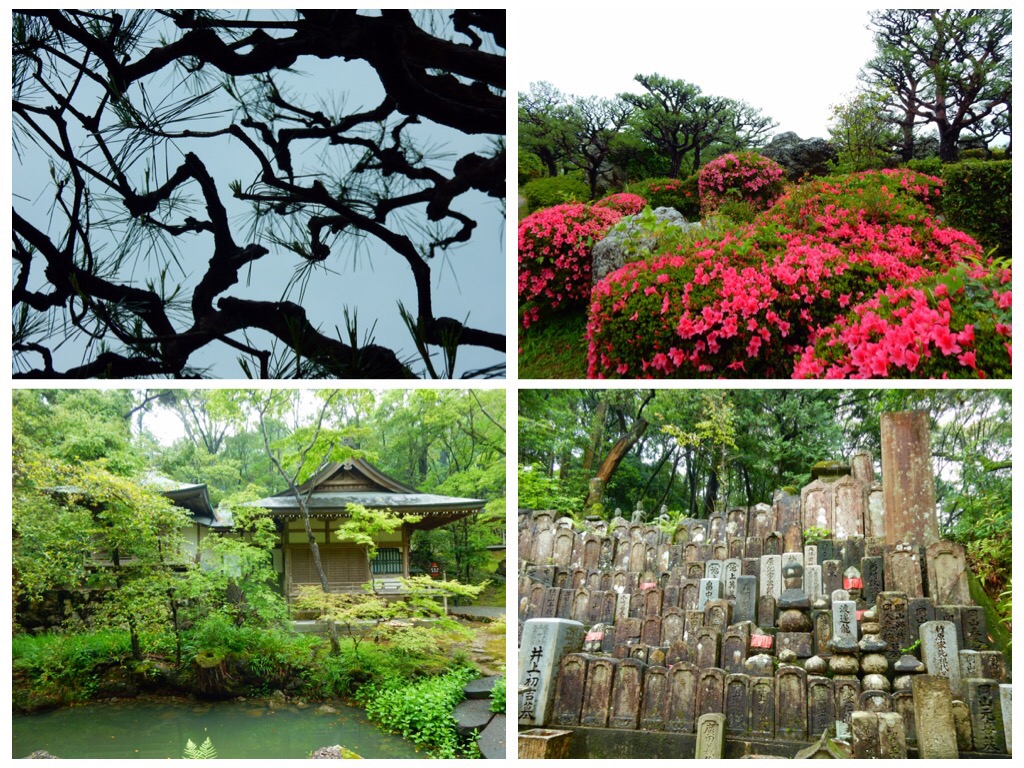 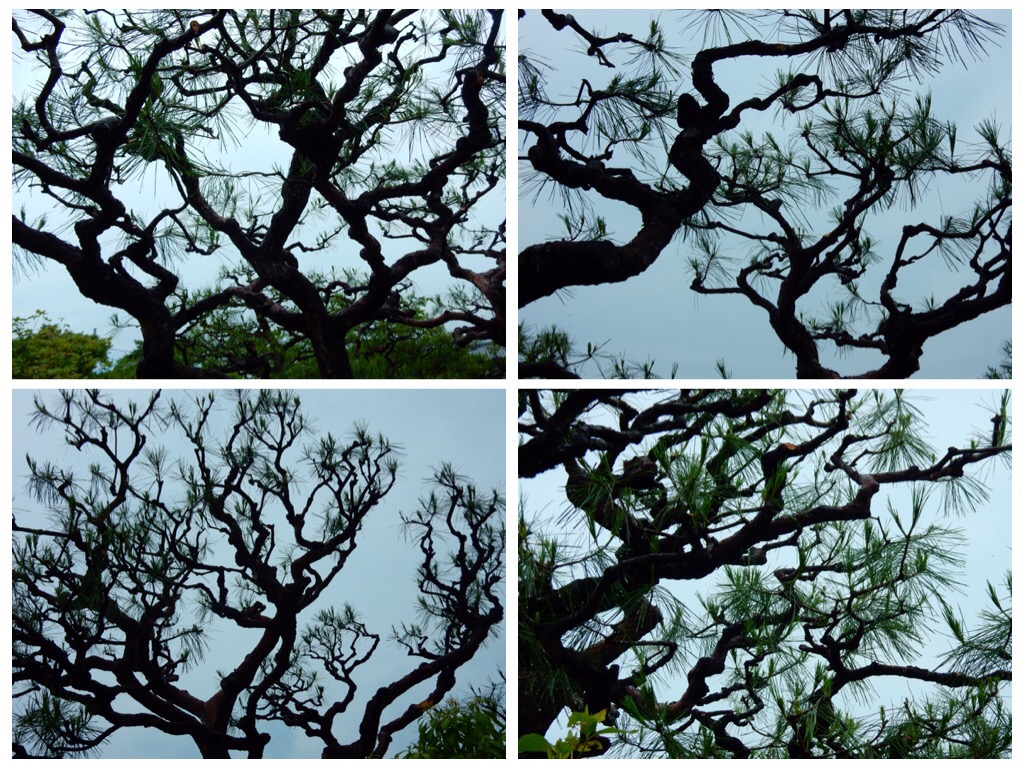 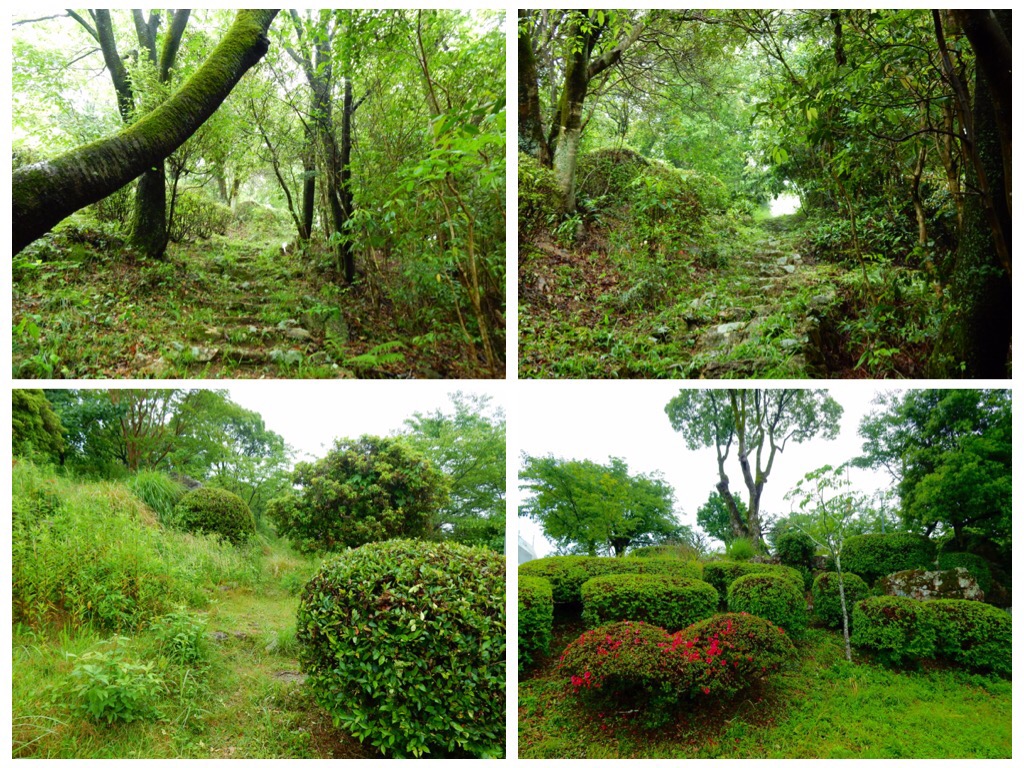 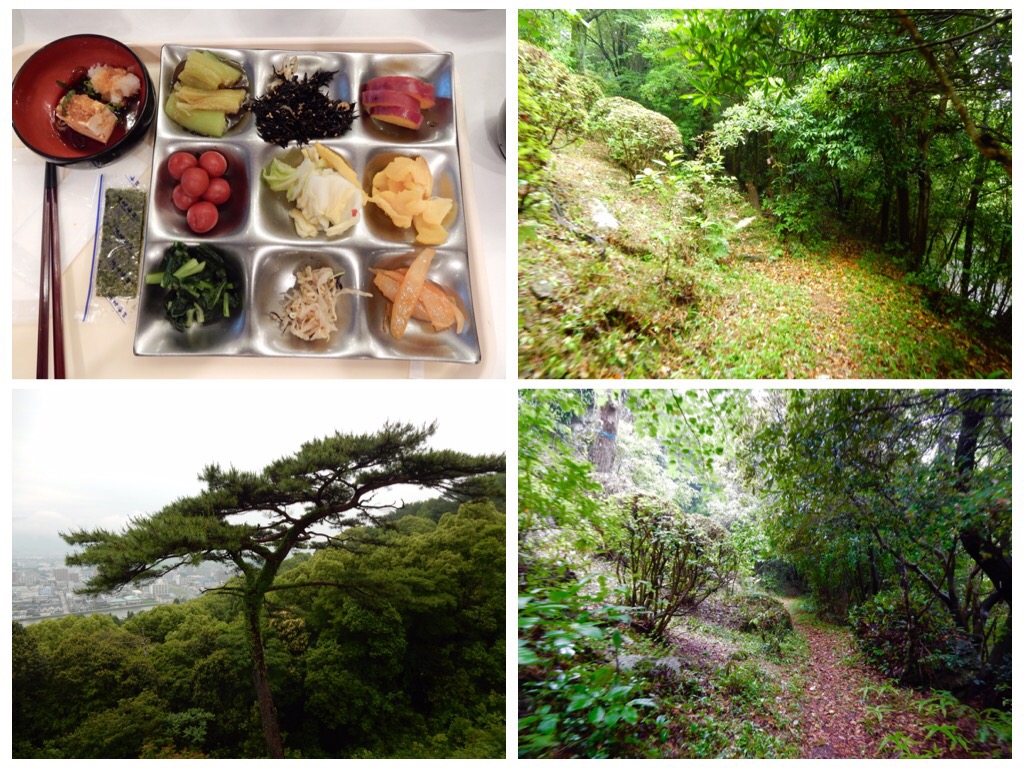 This morning, we needed to change hotels before starting to walk.
Because we only make last minute reservations, the hotel that we have been staying at (the Sansuein) was fully booked for the next three nights.
So… we made a reservation to stay at the Nikko Asahi Royal for the last three nights we are in Kochi City.

Because we got to the Nikko Asahi early in the morning, we left our backpacks at the hotel and put on our rain gear.
It was a very rainy and misty morning which felt even more so, by the fact that Jules and I argued.

Don’t ask me what we argued about.
Some nonsense.
Perhaps we occasionally feel overtaxed by this pilgrimage, and fatigued from the physical and mental exertion.

We never really remember those silly arguments, and we often laugh about them if we can even remember what triggered them in the first place.

In this case, it was about leaving our bags with the front desk.
The hotel clerk spoke fast and in Japanese, and he said that it was too early to check in and that he can keep our bags for us, until check in time.

Jules then asked if we can leave our bags with him.
I said to Jules that this is exactly what the clerk had just said to him and that he would have “gotten it,” if he only had listened instead of being in his own head and with his own agenda, thinking about all the things he wanted to ask and to communicate.

Jules got upset with me for not realizing that it was an honest misunderstanding over a language barrier.

Silly misunderstandings like these do not normally happen to us, it is because we are exhausted from many days of asceticism and walking in the rain and the sun, and not having enough time for leisure, rest and to be contemplative and meditative.
Jules adds: “What argument???”

The walk up the steep mountain to Chikurinji was exceptionally beautiful.
Jules adds: “In keeping with its name, The Temple of the Bamboo Forest, the first part of the climb was through bamboo trees growing so thickly that almost no light from the sky reached the ground.
All was a glistening grey.
It seemed like a place of power to me.”

The temple is located above the Makino Botanical Gardens, and the mountainside is lush with beautiful trees and flowers.

It was the weekend, and since it is one of the more scenic spots in Kochi, there were many people out enjoying the day, despite the misty weather.

After our visit, we walked down through the thick forest on wet and very mossy stones.
Because of our egos and grumpiness, I was a little concerned about us not slipping or getting injured.
One can often slip or fall while not in our usual loving minds.

But both of us made it safely down the steep mountain despite the slippery stones, which leads me to believe that we are making some inner progress after all….

It is truly a challenging process to notice our ego games, to notice how much we are invested in being “right” and to stop playing power games.
Jules adds: “It has taken me a long time to realize that being right just doesn’t count for anything.
Now, if I can make more progress on this ego-removal operation I’m working on. Hand me the scalpel, please!”

Walking in nature always soothes us, and somewhere along our walk towards Zenjibuji temple (temple 32), we put away our hard feelings.

We spoke about how we should not listen to the push and pulls of our egos which get offended so easily, and how we misperceive simple words as personal threats.

After all, we are husband and wife, best friends, lovers, partners in life and fellow pilgrims on this journey.
We share ideas, beliefs, make choices together and make plans and provide so much support to one another….

Zenjibuji temple is located on top of a hill by the seashore and was founded by Kōbō Daishi in the early 9th century to safeguard ships at sea.

It was a very rainy day and so we had very low visibility towards the sea.
I was able to see that on the seashore there were many commercial greenhouses, which are very unusual to be located on the waterfront.

The Temple hill is said to be shaped like Mt. Potalaka (in Southern India), the dwelling place of Kannon Bosatsu, known as the Pure Land of Kannon.
The site of the temple is shaped like an eight-petaled lotus.

The two Niō guardians at the front gate are classified as Important Cultural Properties.

We were not sure that we would be able to reach Sekkeiji, (temple 33) before the office that stamps our Henro book closes.
In order to cross over Urado Bay, we needed to make it to the hourly ferry by 4PM.

There is also a vehicle bridge farther down the narrow peninsula, and we decided to try to cross over the bridge.

The waterfront road was indeed lined with commercial greenhouses and we could hardly see the water behind a tall sea wall and the big greenhouses.

We walked as fast as we could.
The morning argument was taking its toll on me and as we passed by a poor wandering woman, I felt tremendous sadness flooding my heart.

I was sad for the ways of this temporary, illusory world in which everyone believes themselves to be an individual, a mortal being moving through time and space.

Even people like Jules and I, who are so devoted to the Spiritual Path, and to moving beyond these limiting beliefs, at times it seems like we are not making much progress in the right direction……

I wanted to cry.
My feet were throbbing.
The blisters on my right foot were achy.
My heart was heavy and sad.
I am not sure that I could go on this way….
We have so much further to go….
Not just mountains to climb and nearly a thousand kilometers more to walk, but such mountains of ego to climb and to overcome….

At a Lawson convenience store we stopped to buy something to eat.
I bought a green juice and a packaged of steamed edamame.
I ate them while walking, rather than taking a break, to try to get to the temple on time.

Shortly before 4pm, we arrived at the bridge that crosses the large Bay, only to see that it would be impossible to walk on it.
It was narrow, with fast moving cars and no sidewalks.

We had to walk across the peninsula, towards the ferry.
We walked quickly, but it was obvious that we would not make it in time to catch the 4PM ferry and the next ferry is at 5PM, which is after the temple is closed.

But our legs kept going fast.
We made it around the corner at 4:05 PM when we saw a woman with a bicycle boarding the ferry and we started to run towards it.

In Japan, everything that runs on a schedule is always exactly on time, yet this ferry, the only way we could get to the temple on time, was late that day by just a few moments.

As we ran towards him, the ferry man told us to go slowly, that we should not hurry.
They closed the ferry gates behind us and sailed on.
It felt like a miracle.

From the ferry terminal, we still had to walk fast for a few kilometers, but we made it to the temple in time.
After getting the calligraphy and stamp in our book, we preformed our rituals in slow motion.

We took the bus back to Kochi where our hotel is located.
Tomorrow we plan a much needed rest and relaxation day, but the day after, we will start again from temple 33 and walk from here to temples 34 and 35.

That night we decided to try the Hirome food market in Kochi for dinner.
It was bustling with people, and felt like a combination of a Spanish Mercado and a Thai night food court.

It seemed that the most popular food was the Kochi speciality of Tuna Tataki, but there was lots of other seafood, many bars serving draft beer and many drunk and merry people.

We decided to eat at an incredibly busy Indian place.
It was so busy and crowded that we were squeezed into the tiniest table that I’ve ever seen, in the back of the restaurant.
There was barely enough room for us to fit, with our day packs and my big Henro hat.

Indian food in Japan is always the same.
They serve a large, and usually fresh and tasty Nan bread, and there is some sort of curry that is used as a dipping sauce for the Nan.
It looks nothing like Indian food we have eaten anywhere else, including India, America, New Zealand, or Malaysia.

A Japanese man approached us at the matcha counter, pointed to the empty seat beside me and said:
“May I sit here?”

“Of Course! Please do!,” we answered.

The man sat down and said:
“I have now sat down.
I have now occupied this seat!”

He was a sweet man and I have a soft spot in my heart for gentle people who are a bit slow.
I feel that they have a better grasp on real life than many of the people who run through life with their ego in the front seat.
This man seemed devoid of ego and with the sweetest constitution.

The man said:
“I do not drink alcohol. I only drink Matcha tea. Traditional Japanese green tea.
Alcohol is not healthy at all.
I have an uncle who is addicted to alcohol and he suffers a lot.
He tries to quit but he cannot do it.
Alcohol is very bad.
It make many people sad.
Suffer….
It is very unhealthy.”

We agreed with him wholeheartedly.
He finished his tea and before he left, he said:

“I hope you understood my English.
It is not very good.
Please forgive me for bothering you.
Goodnight!
I go now.”

Later we walked towards our hotel and stopped at the 7-Eleven convenience store to withdraw more cash for our journey.
Most Japanese banks’ ATM are not global and accept only domestic Japanese bank cards.

Two friendly women who were obviously drunk, asked us questions about our pilgrimage.
A group of drunk friends who had been sitting at the Indian restaurant near us, also waved at us with much joy.

You meet all sorts of people on a pilgrimage.
It is the human comedy in full play.
I feel like an insignificant (wet) ant…. And it is time for my Onsen bathing and clean robes.
The world will be there tomorrow…..