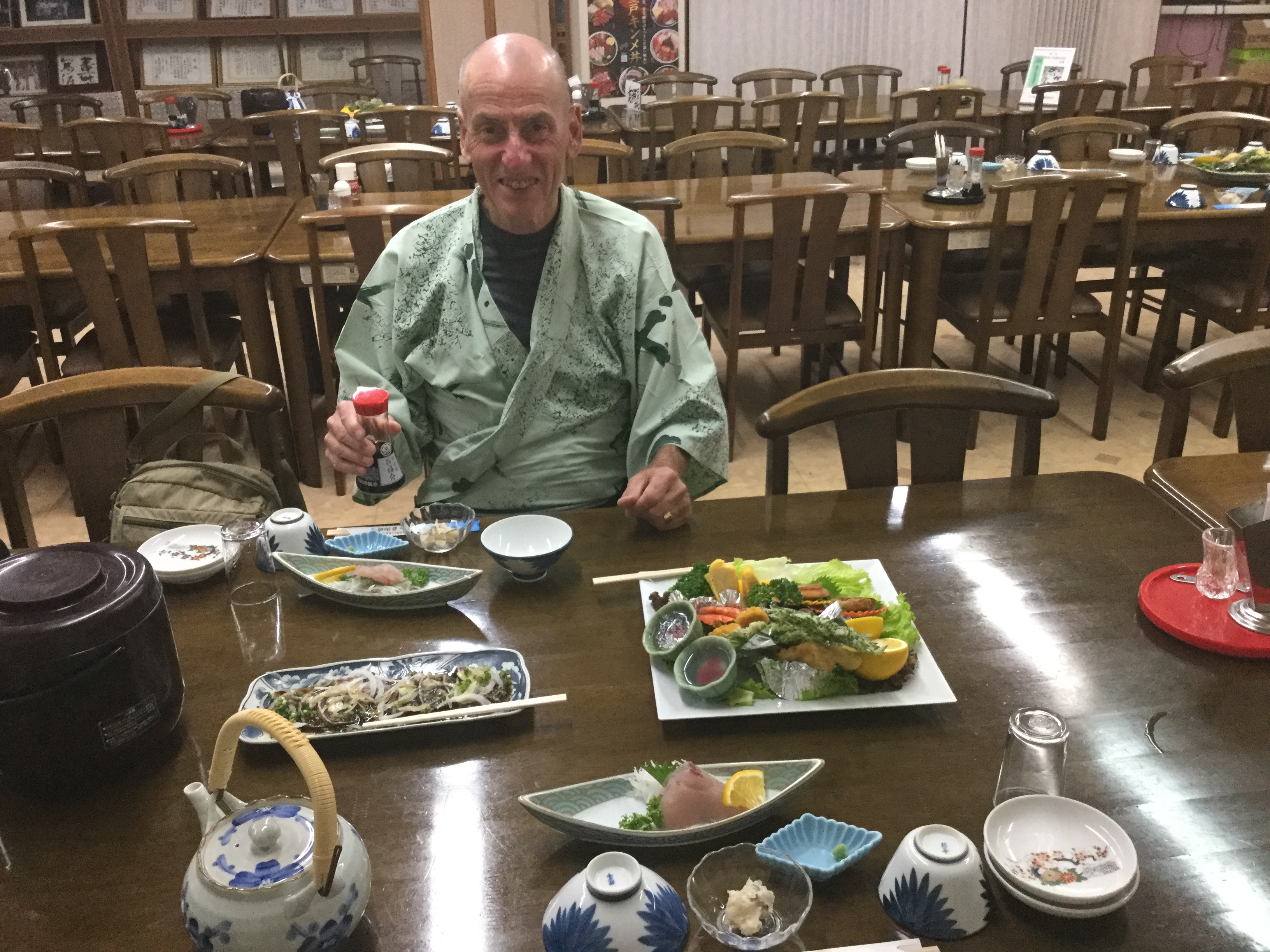 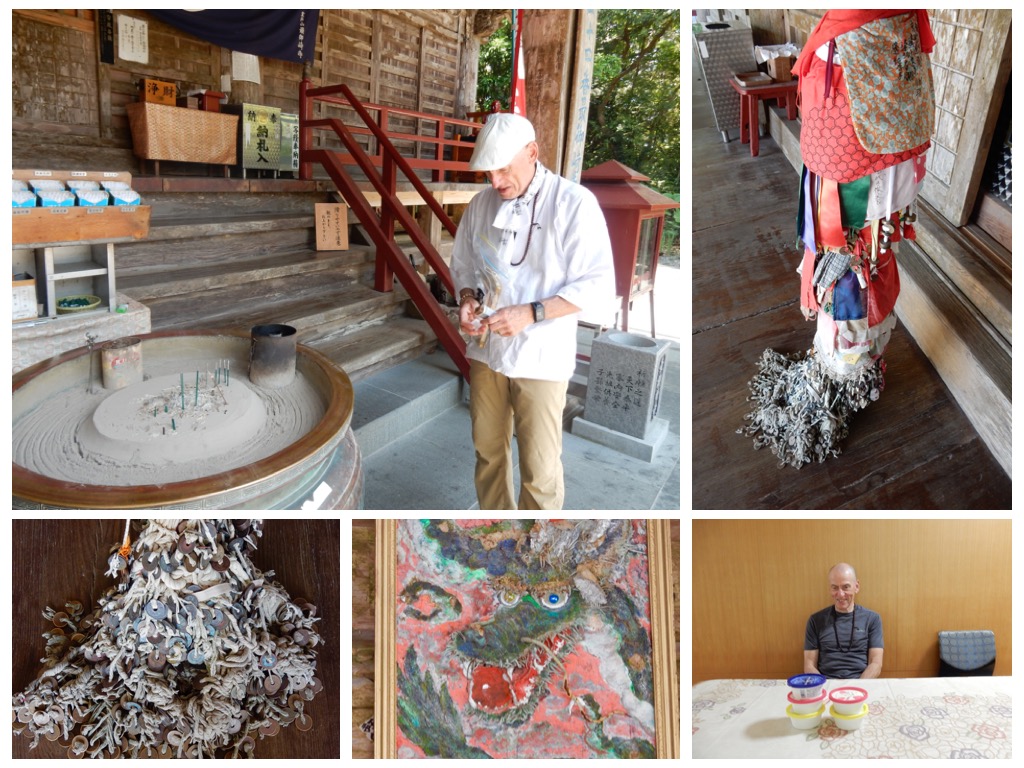 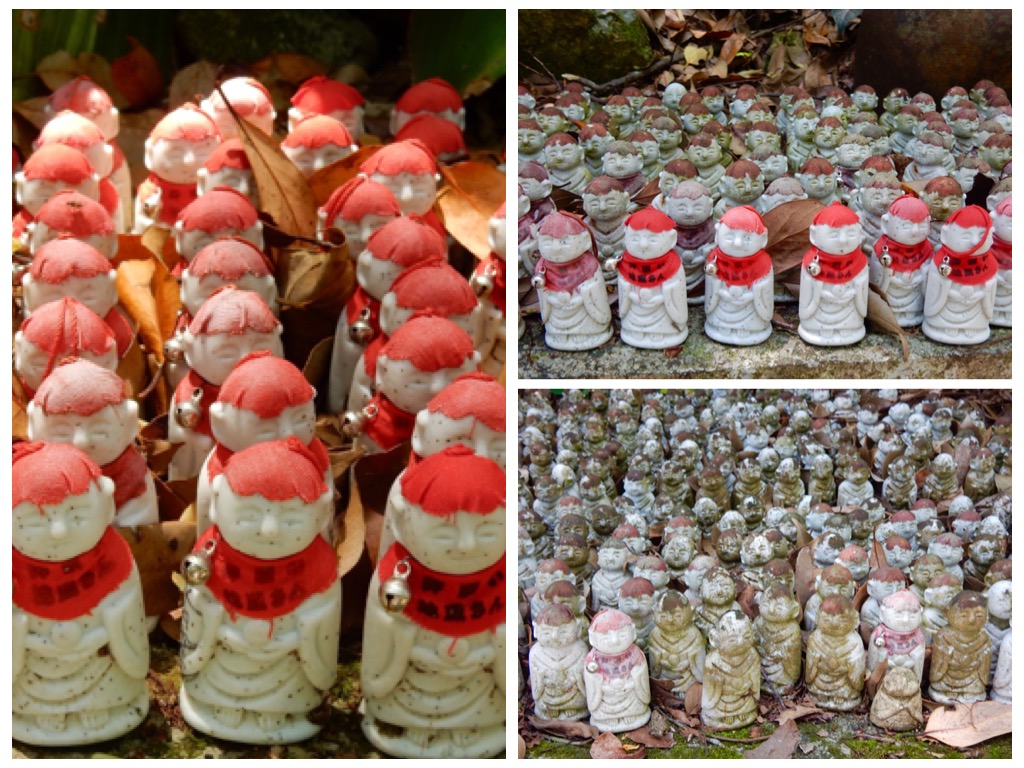 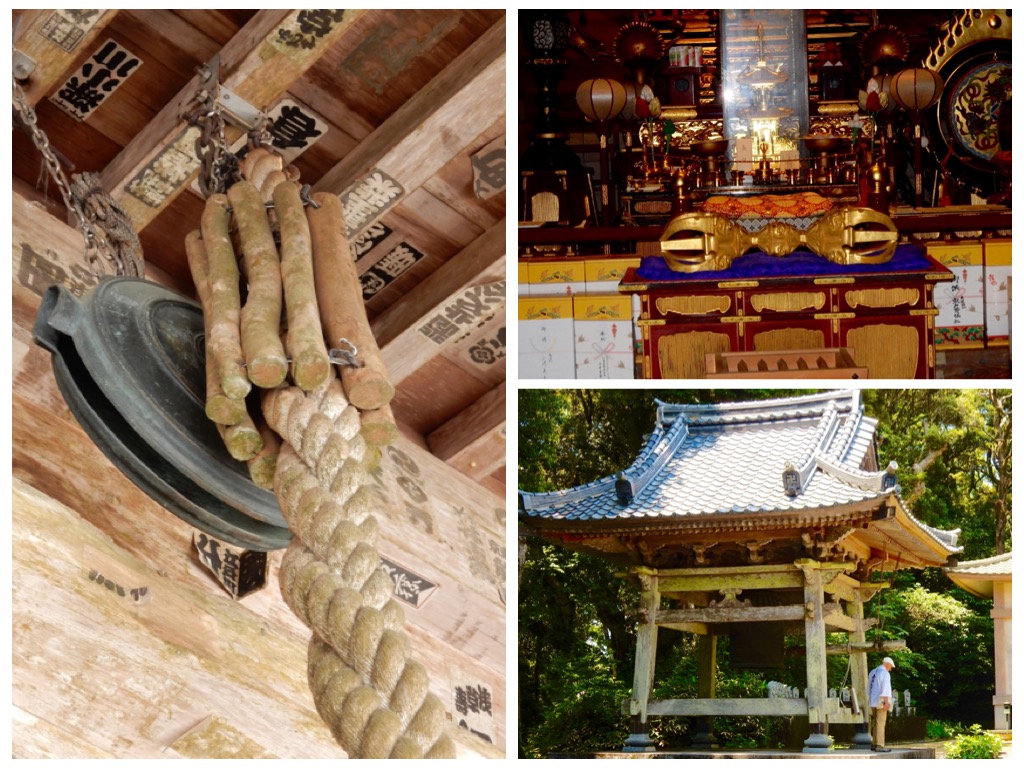 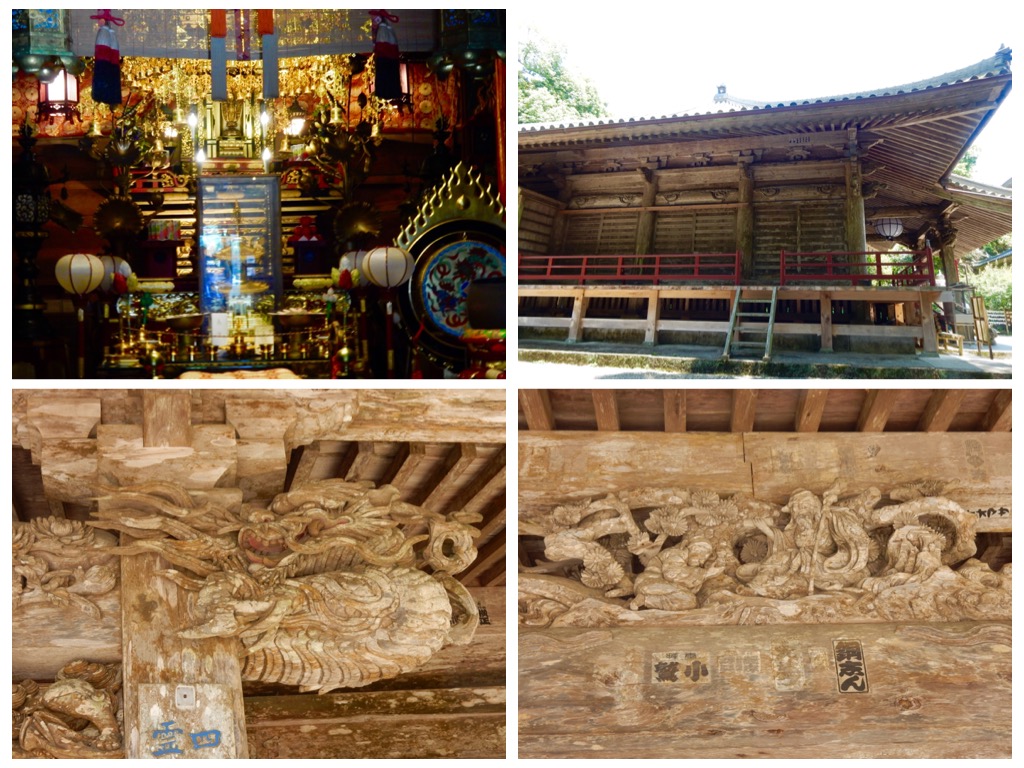 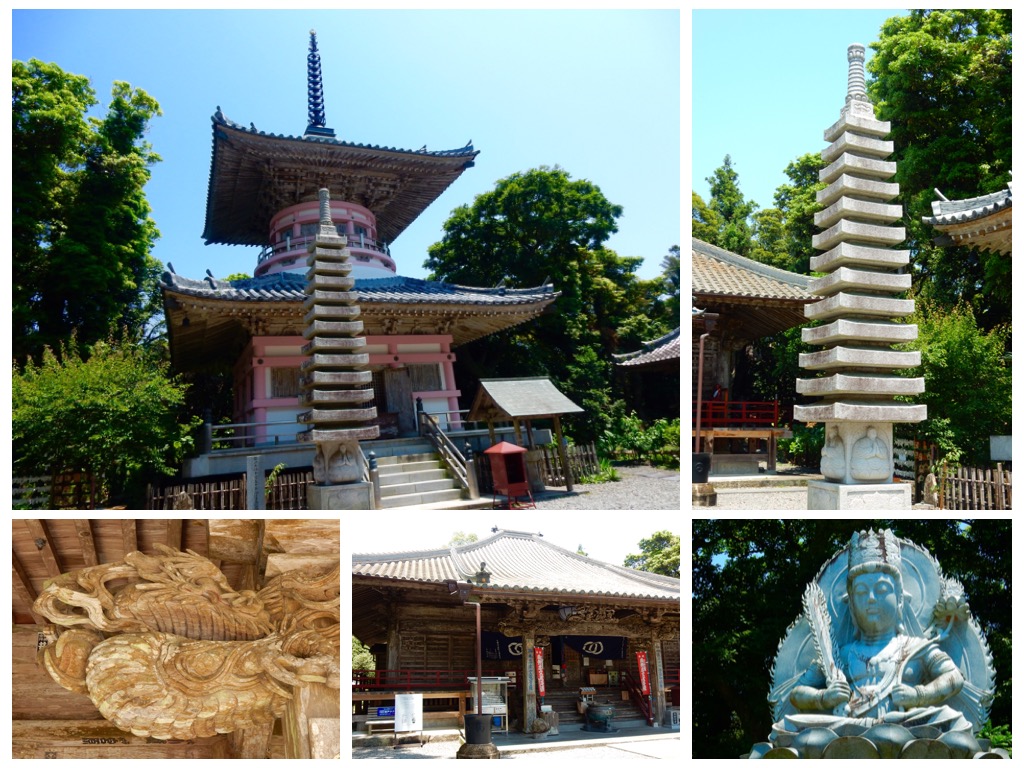 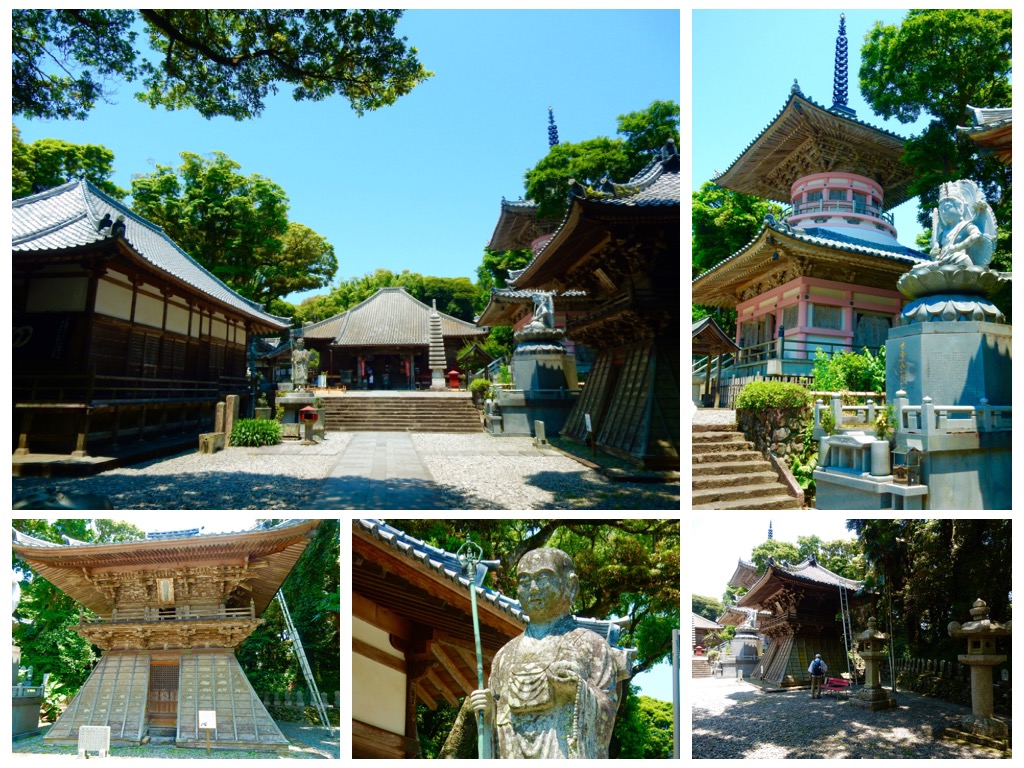 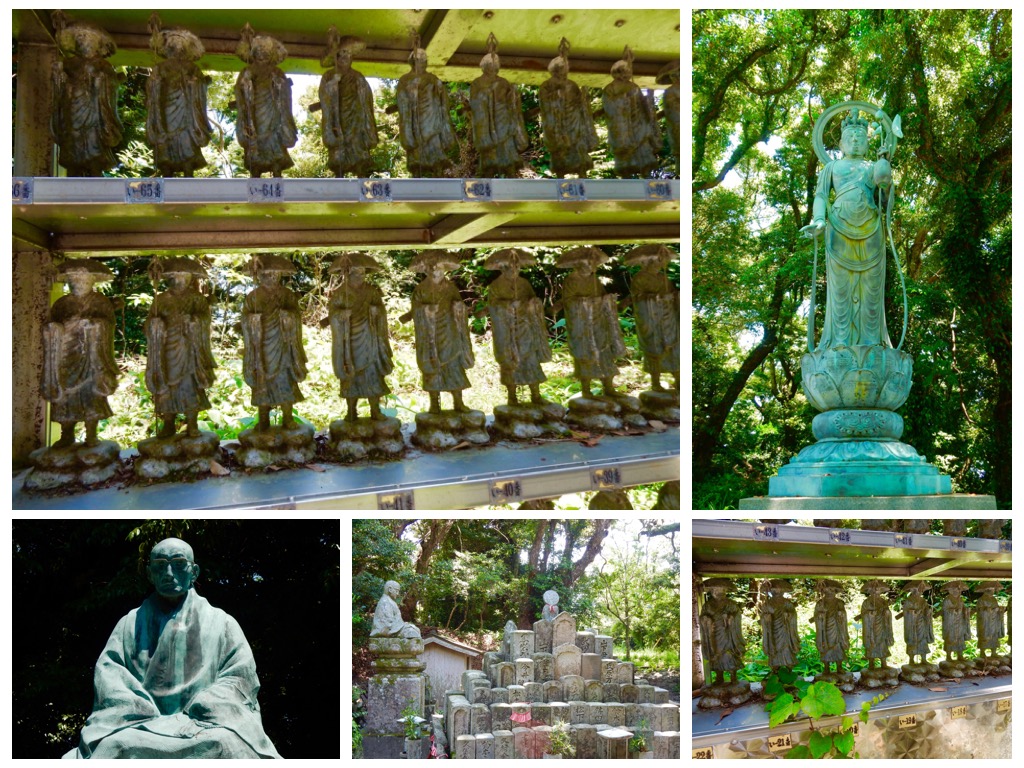 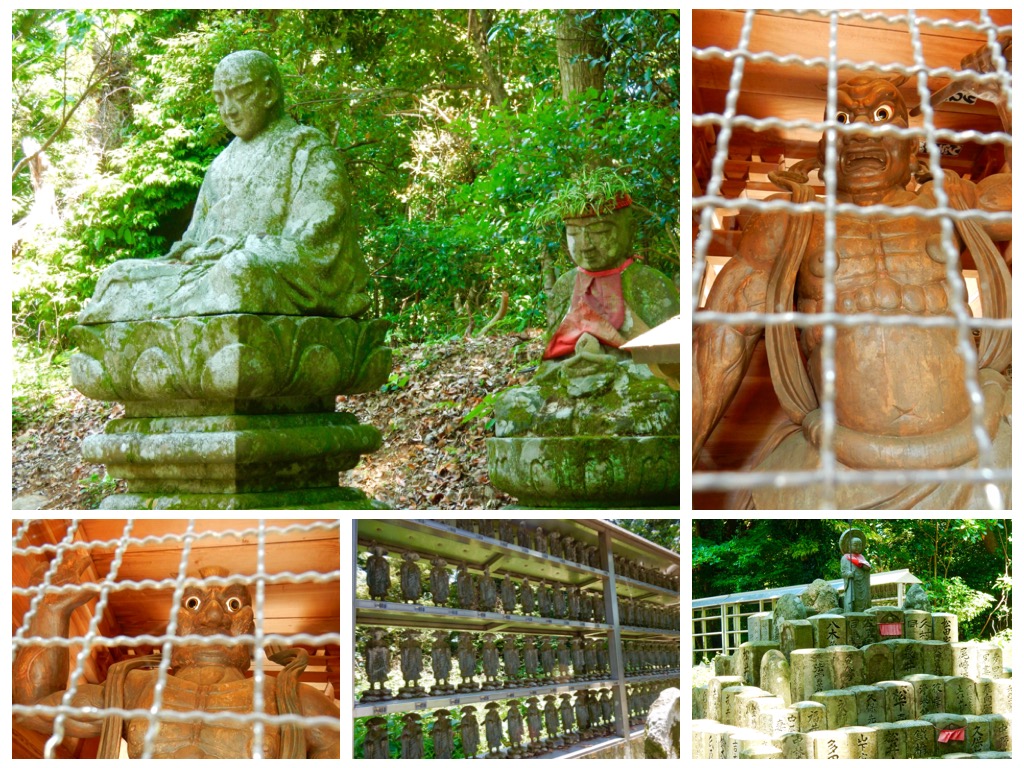 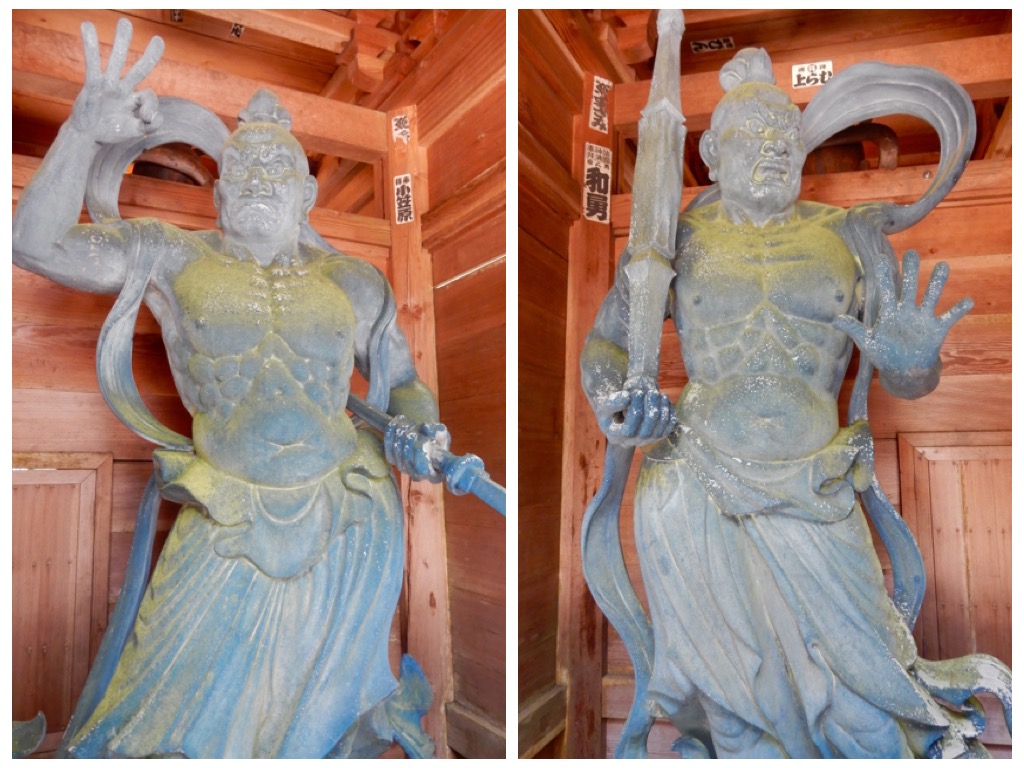 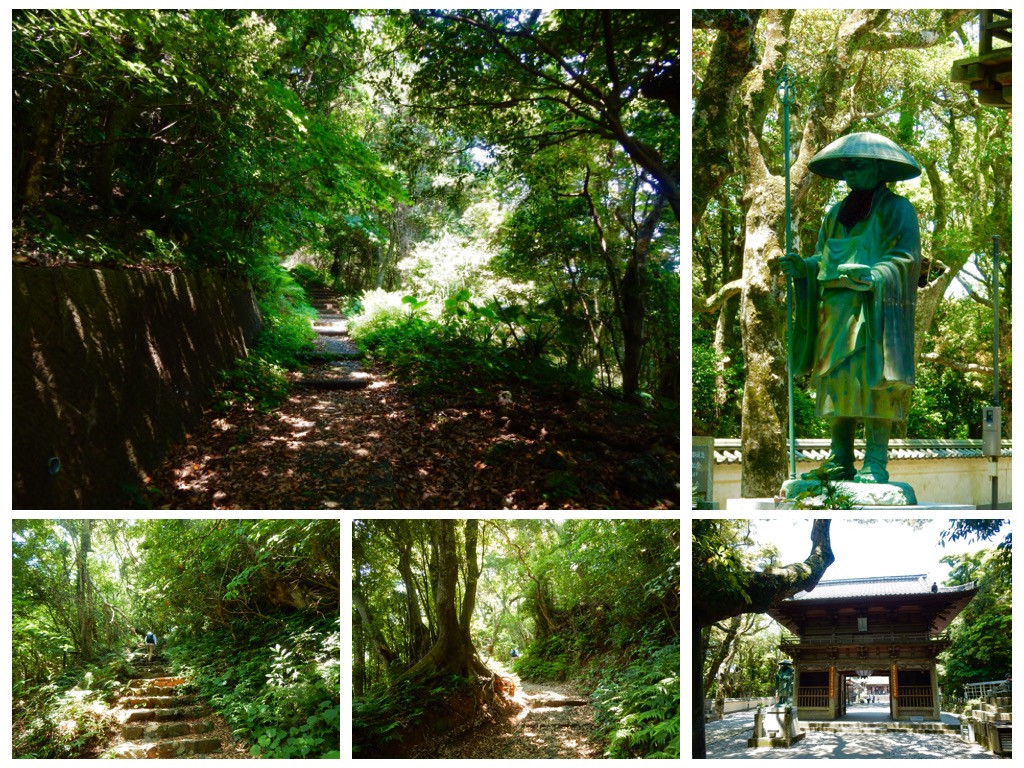 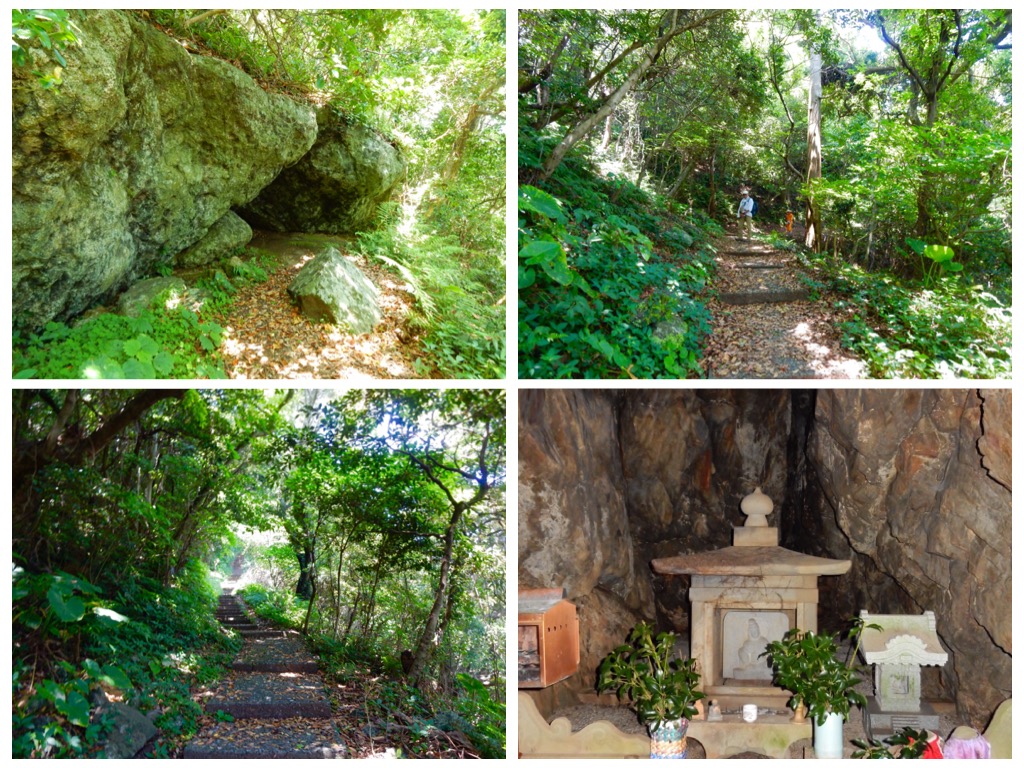 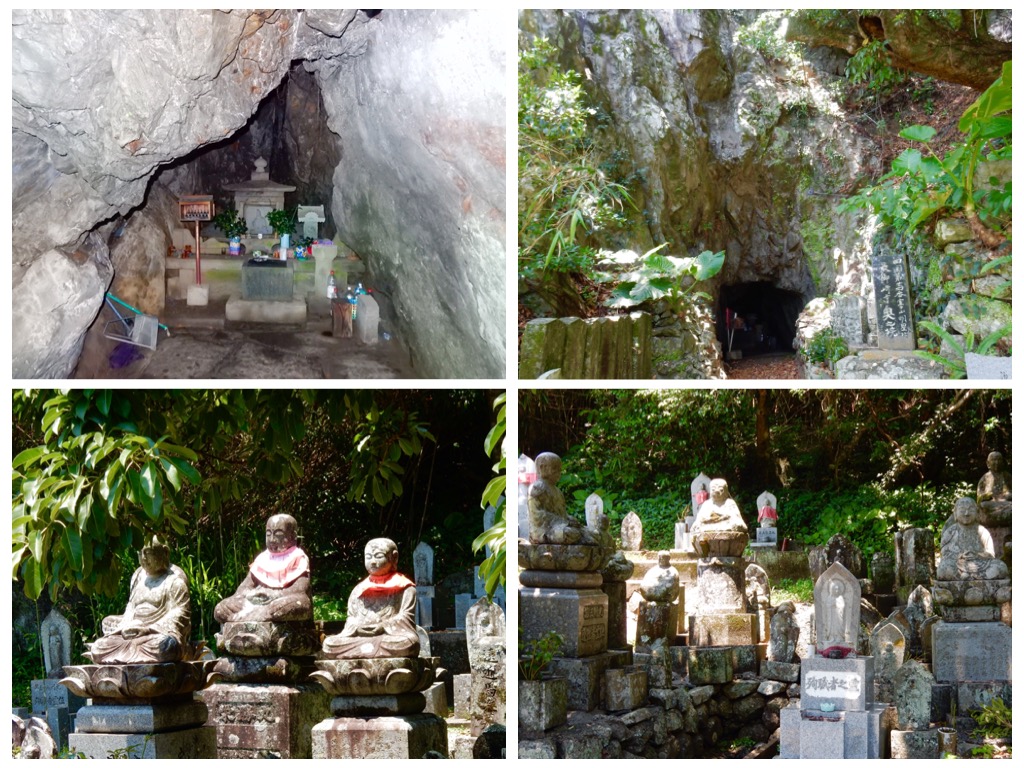 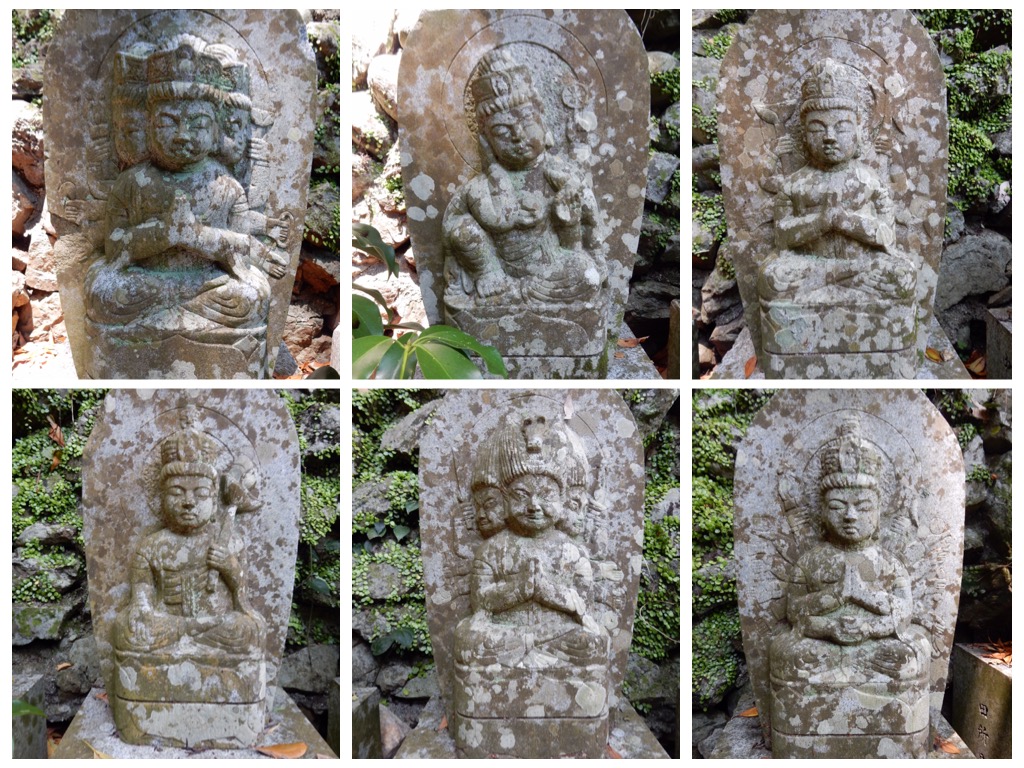 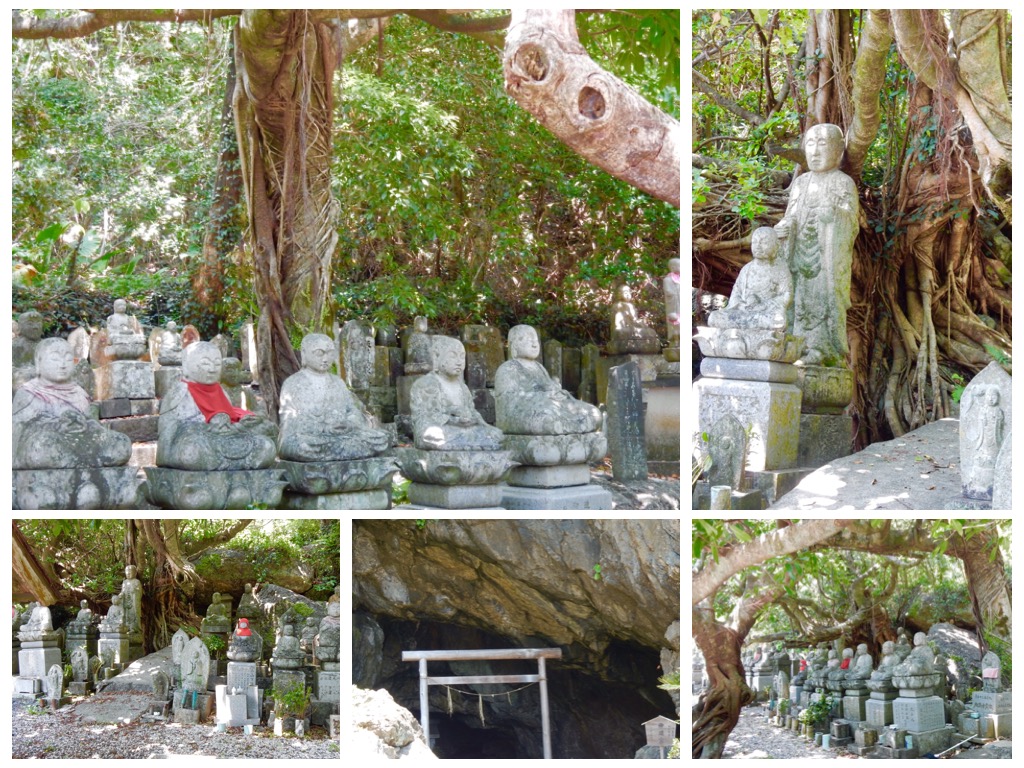 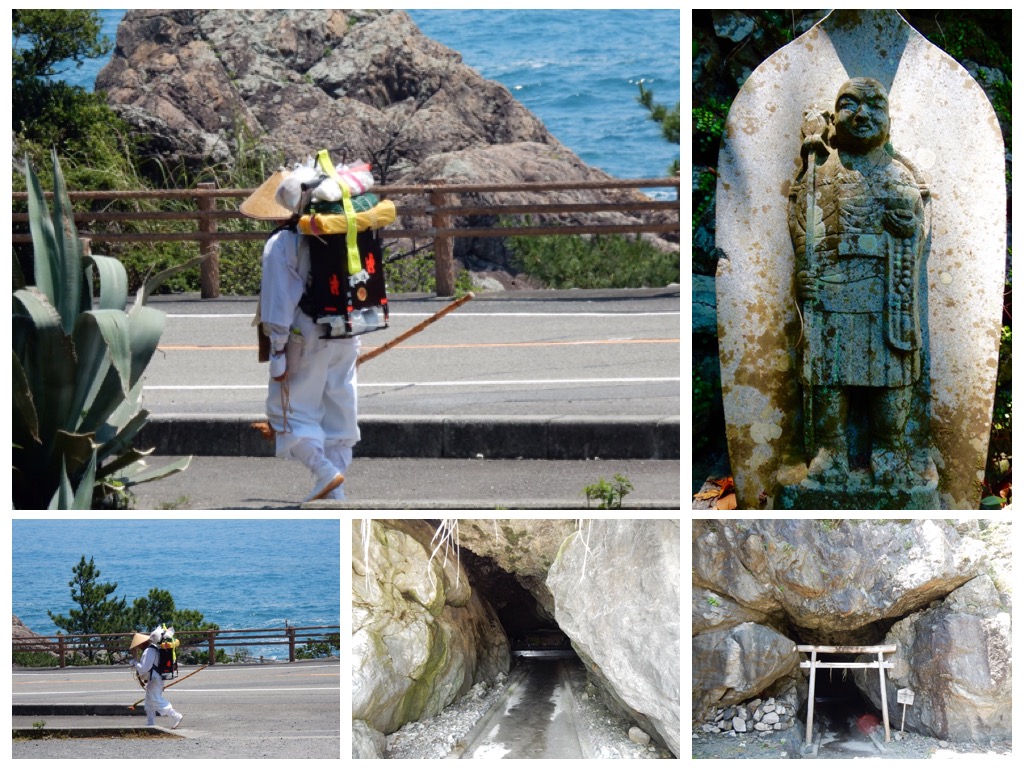 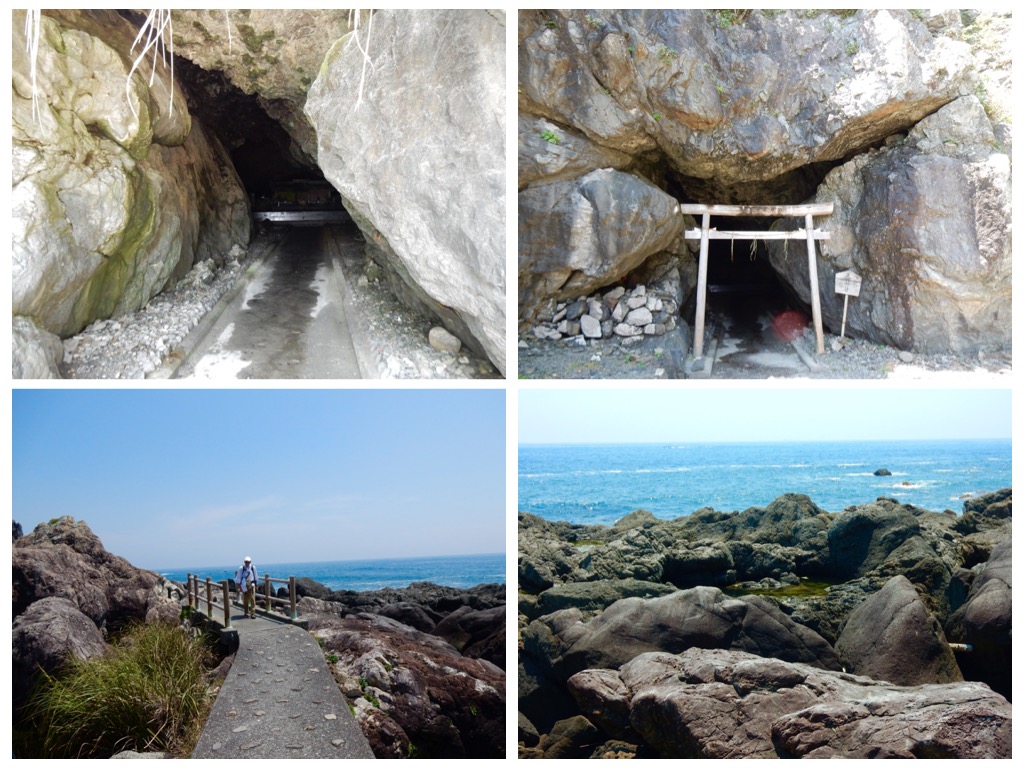 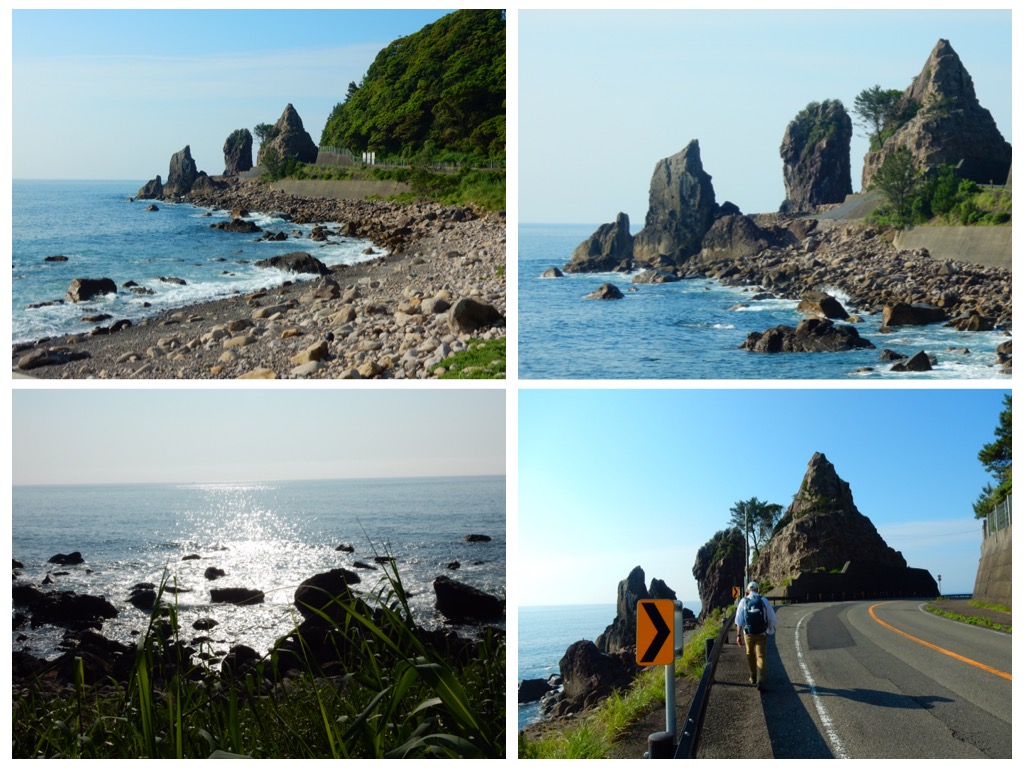 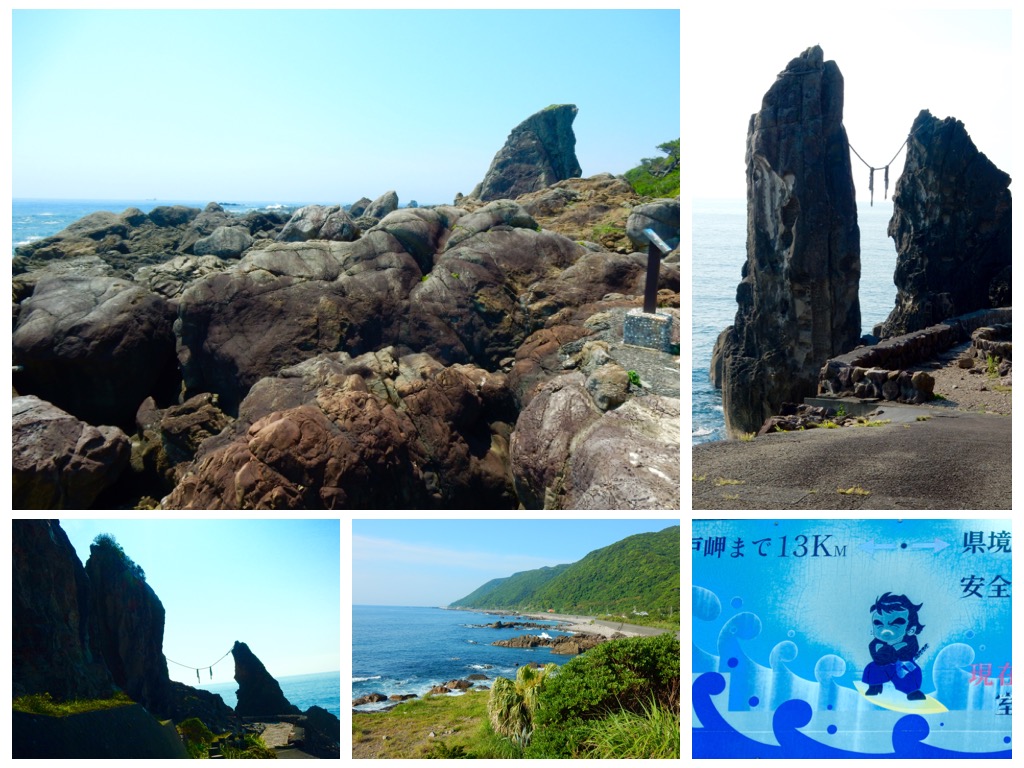 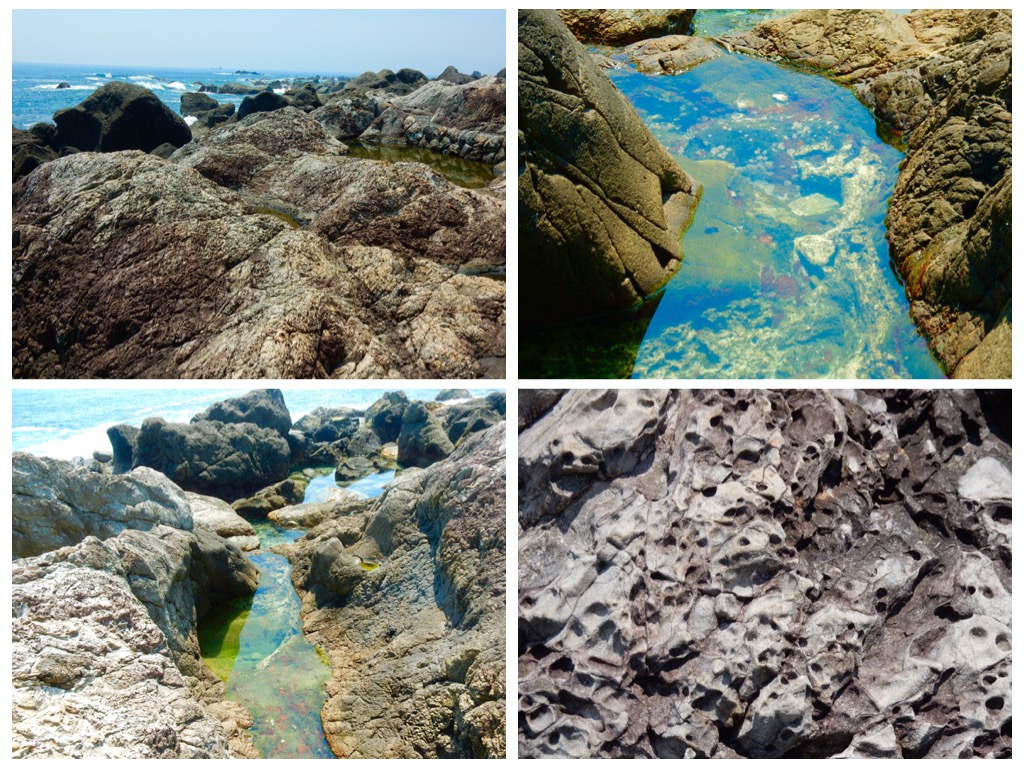 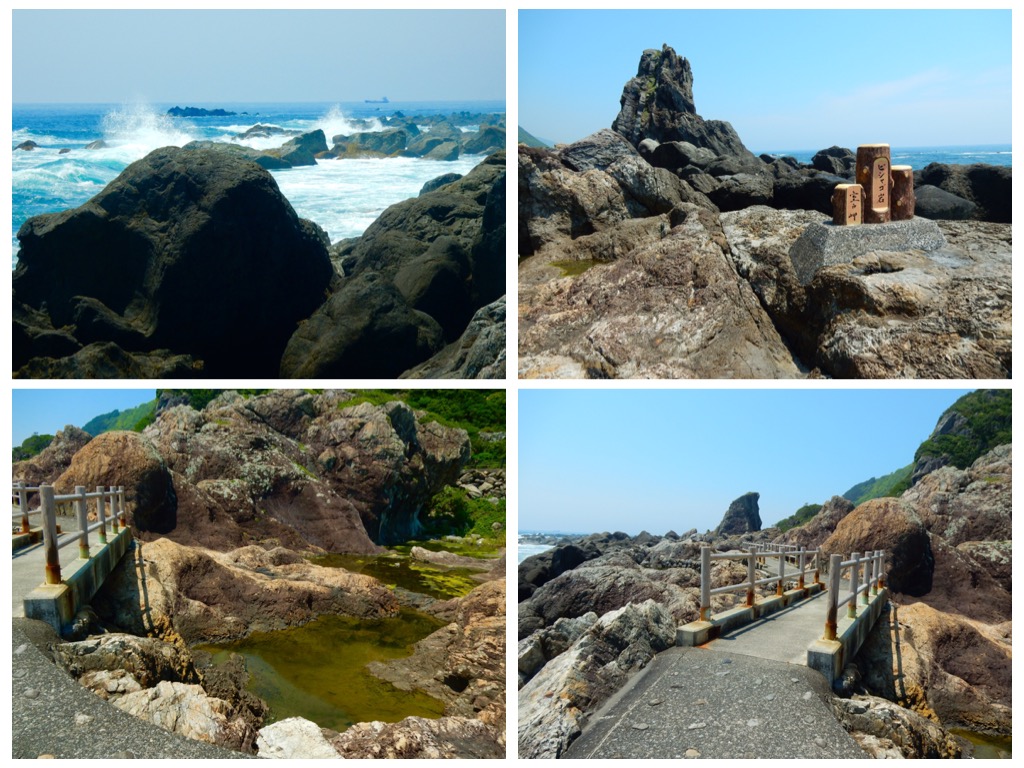 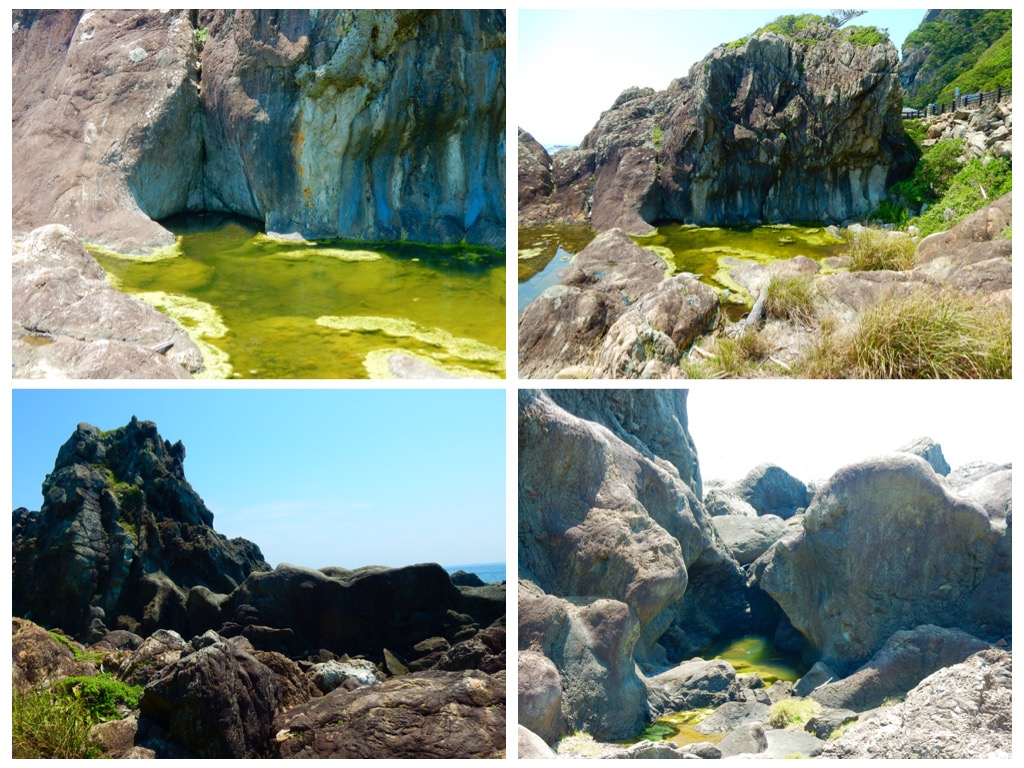 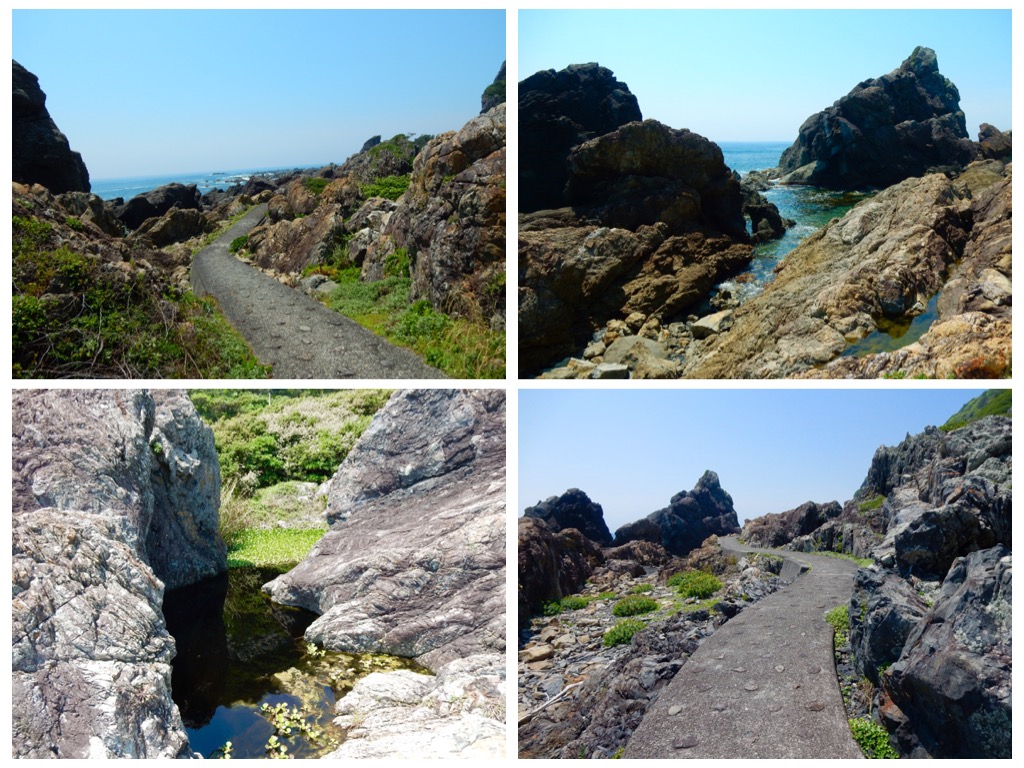 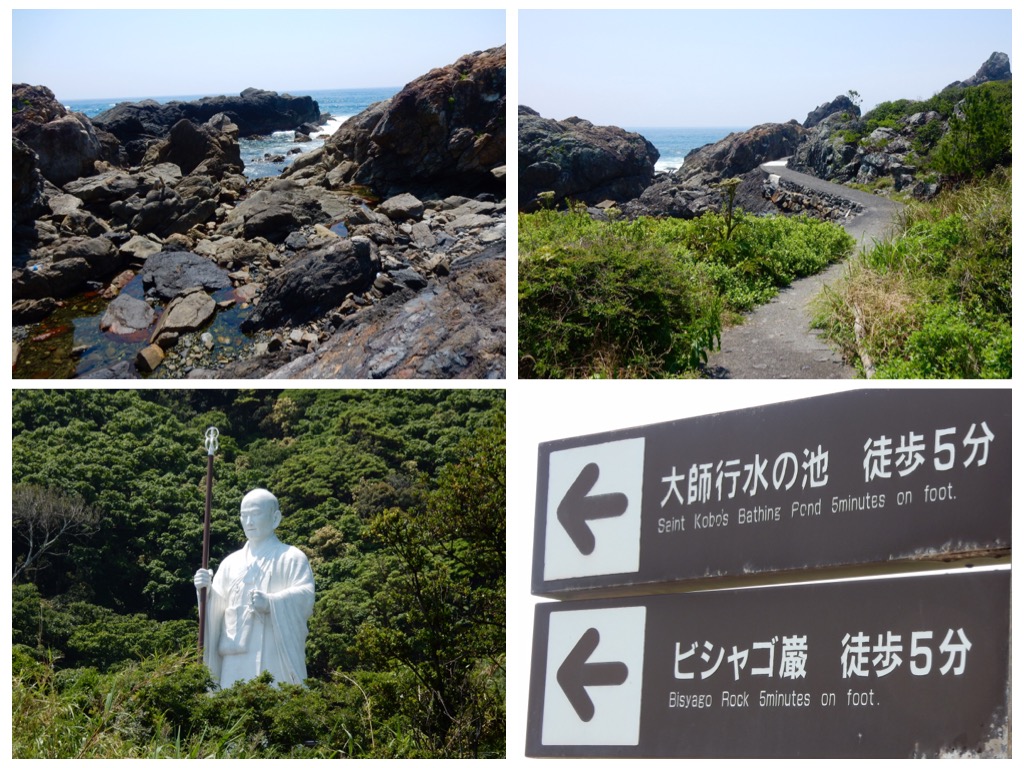 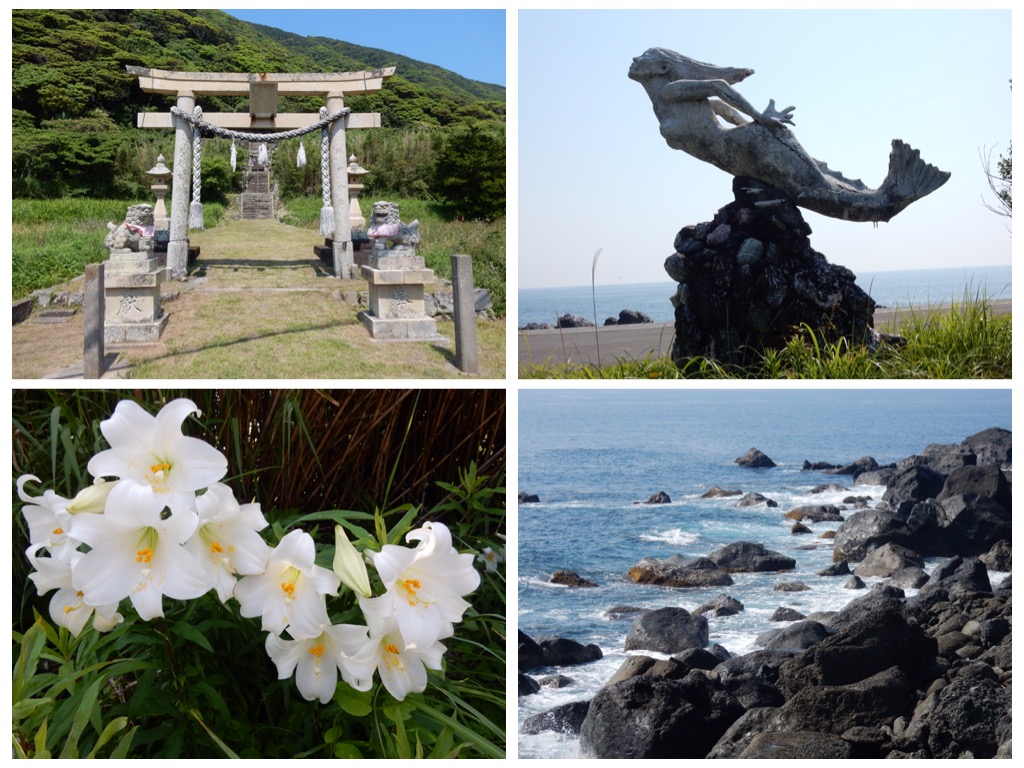 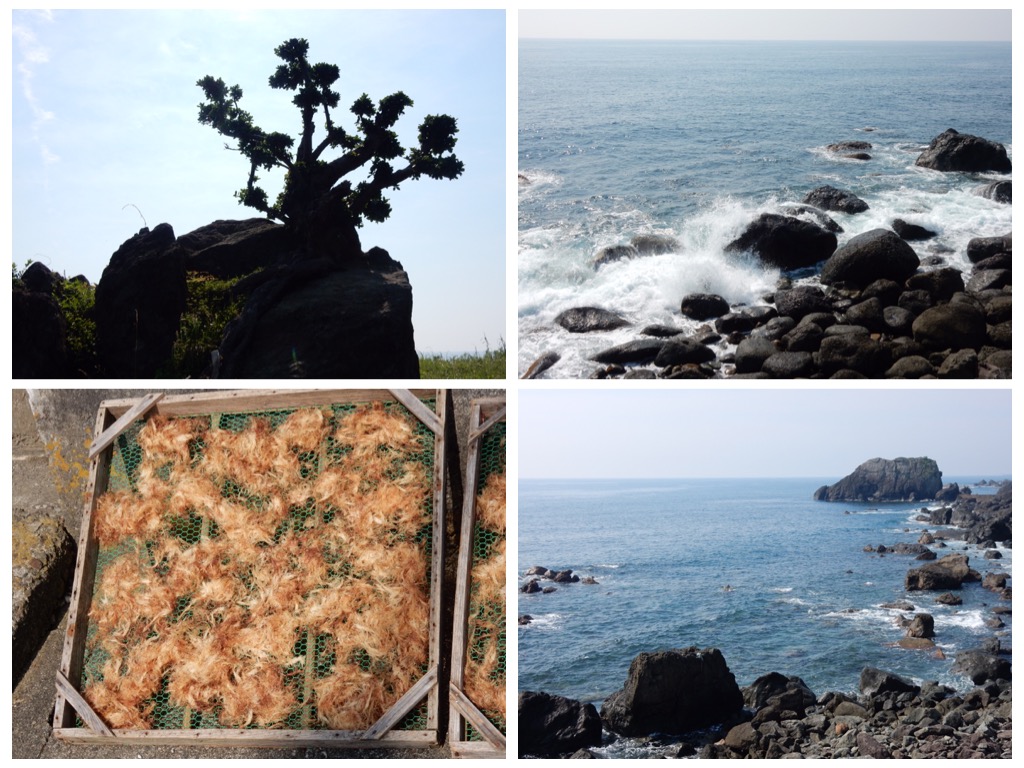 Last night the moon was full and it shone brightly into our bedroom.
The owners of Ozaki Guesthouse gave us their biggest and brightest ocean view room, and even though we had only one thin futon for a mattress, and the usual rice and barley pillow that feels like you are resting your head on gravel, we slept very well.

Their food, both for dinner and for breakfast, was superbly tasty.
It is such a pleasure for us to get such good food in such humble places.

I did a lot of inner work during the night to try and heal my feet quicker.
Every time I noticed pain, I blessed it and released the pain or the anger that was stored there.

I also read on a website that gives advice to runners, that it might help to “double up” on your socks in order to feel less pain if you already have blisters and you have to keep on going.
So today I did just that and resolutely ignored the pain and kept on walking.

At breakfast, we met other pilgrims.
There was a young man who was a very fast walker, an older Japanese gentlemen who insisted that the distance on my map, which was showing 17 kilometers, was actually only 6km.
I ignored him, since after misreading my book of maps, I started double checking the distances with Google Maps as well and knew that he was up for a long unanticipated day.

There was also a younger woman, Yumiko San, who was walking the pilgrimage alone, but she was now walking only the stretch in Kochi prefecture.
None of the other pilgrims were limping like me.

We put on our suntan lotion, I covered my arms with removable sleeves, put on our hats, paid our bill, strapped on our backpacks and headed out early to try and get most of the walk done before the day got really hot.

Most guesthouses and temple accommodations serve dinner as well as breakfast.
That means that you need to arrive, and have time to shower and bathe, before dinner is served.
Dinner is usually served at any time from 17:30-18:30, depending on the guesthouse.

Most pilgrims walk from early morning to early afternoon.
Today we had our breakfast by 6:30AM and started walking by 7:10AM.

The coastline was rugged and rocky.
There were a few fishing ports, but unlike fishing ports in Europe or in Thailand, they were not scenic with colorful small boats, fishermen who sell their catch of the day or small places to eat fresh fish.

These ports have large fishing barges that catch fish by setting out huge drift nets and big factories that process, sort and refrigerate the catch before it gets distributed.
There was nothing scenic about those fishing ports.

We walked by some beautiful lava rocks on a manmade boardwalk that took us by natural pools and lava holes.
We saw some large caves and took the old pilgrims’ path into the mountains to reach Hotsumisaki-ji temple.

The path was steep with hundreds of stone steps, but it was beautiful to be in the forest again, and it was the only stretch of the day in which we had some shade.

We passed by a big rock that was twisted to form a cave.
Stories tell that in the old days, women were not allowed into the temples.
Kukai’s mother came to visit him while he was meditating in this temple, but she had to camp in this forest.
On a rainy day, Kukai had twisted this huge rock with his mind and will power, in order to protect his mother from the rain.

We walked slowly up the forest and arrived at temple 24 by 13:30 in the afternoon.
Because we had time before checking into the temple lodging, we spent a little extra time in the temple.

Hotsumisaki-ji is a temple that sits on top of a steep hill at the tip of Cape Muroto.
Cape Muroto is a warm place where subtropical plants grow.
Kōbō Daishi first came here at age 19 and spent time chanting the Gumonji-ho sutra in a cave.
At age 33, he returned, carved the main deity and founded the temple.

In the temple lodging, we were given a large room with three beds in it and a nice view of the forest.
The bathing area was large and very clean, with a big Onsen that could take a dozen women.
But I was by myself most of the time, and later two women joined me.
I scrubbed, massaged my feet and soaked as long as I could until it was time for dinner.

The dinner included many seafood specialties from the Tosa region.
There were:
A famous dish of Tuna Tataki served in a lemon soy sauce with chives, thin garlic and marinated onion.

An unidentifiable dish that looked like a potato salad but tasted like a very fresh grated wasabi root on some kind of seafood.

A dish of fresh sashimi, and a large plate of local seafood done in various ways.
There was also a dish of tempura parsley which tasted very nice.
For dessert we had an orange and a Sakura jelly.
Everything was delicious and very fresh.

After dinner, we were whisked up to the hotel’s fourth floor to see the beautiful sunset.

Today I felt happy.
I think that I am enjoying this leisurely pace.
If we start every day by walking early, and finish walking at around 14:00-15:00, the pilgrimage will be very enjoyable and we will have time for many other experiences.
It is only when we push ahead too much, that I get exhausted…

Jules adds: “The Buddha’s middle way is starting to bring us some pleasure during these days of walking.
We walk, but not to the exclusion of welcome pauses, there being no one to answer to at the end of the day but ourselves.
It’s a spiritual pilgrimage, not a foot race, and our goal is the extinction of the ego, not a runner’s medal.”

A poem by Ryokan:

“I’ve never bothered about getting ahead
But just gone leisurely along
Letting things take their way.
In my bag, there are three measures of rice
A bundle of firewood sits by the hearth
Who cares about the world of delusion
Or about enlightenment?
What use is there in fame and fortune?
In my hut, I listen to the evening rain
And stretch my legs without a care in the world.”