Reflections about the power of being kind, soft, polite and considerate 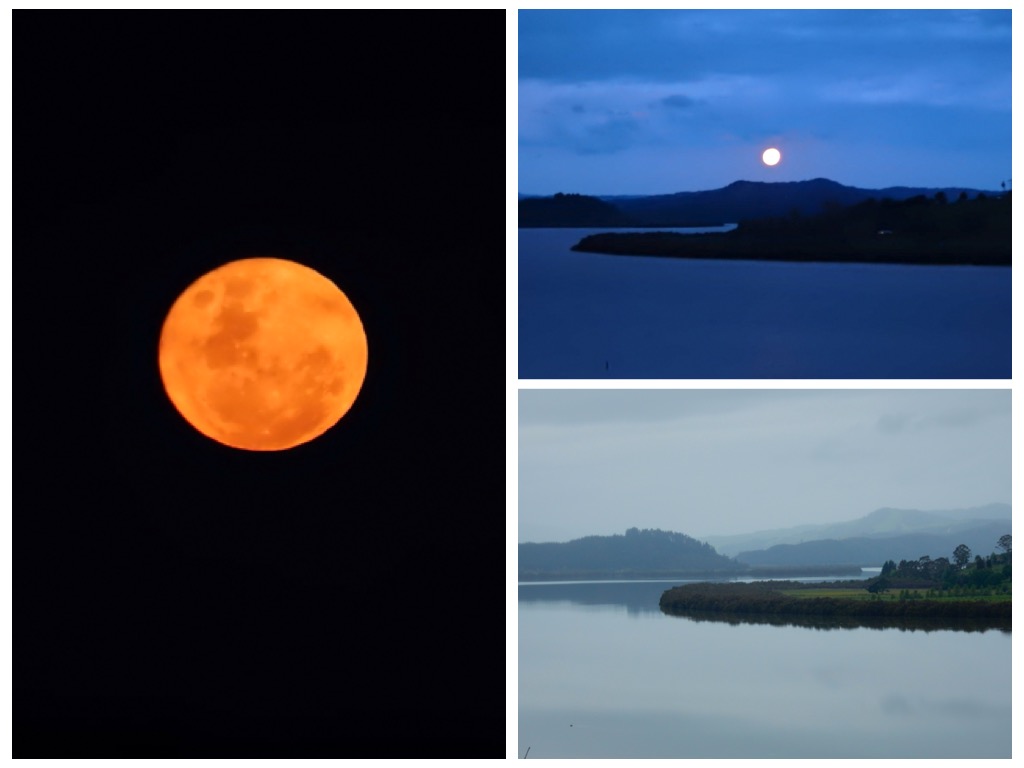 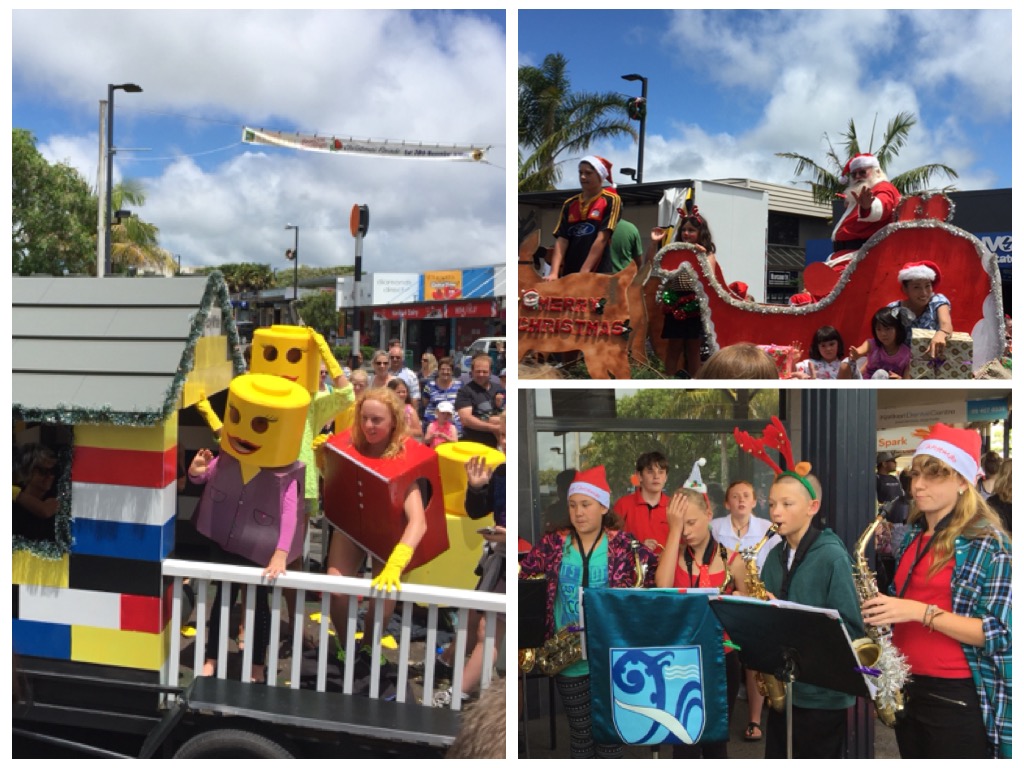 After a few weeks in the quiet hills of the Hokianga, we flew to Auckland for a brief cultural visit.

We just missed the Jewish Film Festival in Auckland, which was taking place over the course of two weekends, since we had come for a mid-week trip.

The festival appeared to be full of interesting movies, and I regretted missing it, since I knew that most of these films would never make it to the big screen, or even get video distribution.

This is one of the reasons that I love going to film festivals – you get to see a lot of creative and interesting movies that have little or no commercial value and usually get no wide distribution, and so are rarely seen by the general public.
Many of these movies are fun, reflective, contemplative or have an interesting message.

Beside eating great food and shopping for things that we cannot get in the rural Far North of NZ, we were also able to attend a small Japanese film festival that was sponsored by the Japanese embassy.

The Japanese movies were screened at Auckland University’s business school, in an auditorium that was large and very comfortable.

The film “Fly Dakota fly!” was based on true events that happened on a remote Japanese island, right after WW2.
The movie was filmed on that same island, with many of the current villagers acting as extras.

A British Dakota plane had made an emergency landing on the island due to engine trouble.
With unmatched hospitality, the locals hosted the soldiers, and even did countless hours of manual labor to build a runway, so that the soldiers could fly off of the island.

Until just a few months before, those British soldiers were the enemy, and many of the villagers had lost sons or gotten injured themselves in that deadly, senseless war.

Yet the island people were able to rise above all feelings of revenge and anger, to treat the soldiers as honored guests.

Men and women alike worked for no pay for weeks, carrying rocks on their backs from the surrounding areas, in order to build that half kilometer long runway.

It was a touching movie about the power of forgiveness, about the greatness of spirit and about the kindness that truly exists in the human heart.

This kindness is the true nature of the human heart which is all loving.
The heart is not really capable of anything but love.
It is the mind that judges, analyzes and deems certain situations and people as not worthy of love.

All one needs to do in order to recognize that the heart is all loving, is to look beyond all fears and grievances which block the way.

I have to admit that I cried like a baby during the movie.

I saw the same kindness demonstrated many times in the streets, on our recent trip in Japan.
It is as if politeness, kindness, selflessness and gentleness are the biggest virtues of the culture.

It is a language that reminds the speaker to honor all other people, and to place them above yourself.
It is not done to humiliate the speaker, but to recognize that greatness lies not in putting yourself first, but in being humble and of service to others and to the world.

By putting the good of everyone In front of your own, you recognize your true identity.
You are not an insulated body living in a sea of other bodies, each working hard to become richer and more comfortable, you ARE one with everyone and everything…. With all there is….

By putting the good of all in front of your own, you momentarily forget your small false identity and recognize your connectedness to the wholeness of the Universe.

You rise up, by being humble,

You are most powerful when you are kind and considerate of others.

This consideration extends not only to people. but also to mountains, shops, and most other inanimate objects.
Most things get an honorific mark of courtesy and respect in the Japanese language.

On the streets of Sapporo, I watched a woman run for a few blocks after another woman, just to bring to her attention that she had forgotten to remove a hairpin from her hair.
(Some Japanese women sleep with hairpins to keep their hairdos in a certain shape.)

I saw the young, well dressed woman run with such a sense of urgency, and I wondered what she was doing.
She finally caught up with the older lady right next to where I had parked my bike, and she brought the hairpin to her attention.

I was so moved…
Moved that she would go to such lengths as to run after a woman she did not know for a tiny insignificant thing like a hairpin, that probably nobody would have noticed anyway….

When sitting in a cafe one day, I hung my jacket over the back of my chair.
It slipped to the floor, but before I even had a chance to bend down, an elegant woman in high heels and a perfect suit ran over, picked it up and handed it to me.

I saw a lady drop some small change from her purse, and within seconds, as if by an invisible cue, two men in elegant business suits, an elegant woman, and three teenagers were all on their knees, searching the pavement for the lost coins, and after collecting each one, they handed them all to her to put back in her purse.

I read a story in the Japan Times about a lady who moved to Japan years ago.
She wrote a lovely article about why she still loves living in Japan.
It was about her local post office and a ¥10 coin (less than 10 cents USD)

You see, the post office employees greeted her one morning with grave looks.
They came from behind their stations and bowed to her in unison.
They said that the other day when she was there to buy stamps, they had shorted her ¥10 when giving her the change.

They handed her a gift for the “aggravation” they had caused her and asked for her forgiveness.
The gift was a hand towel and an envelope with her coin.

I saw so many acts of kindness on the streets, that I could easily fill a whole book with tales of the beauty of the Japanese heart.

I think that this is also what draws me back to those islands again and again; I wish to learn from them and embody that same sweetness with every bone in my body.
I want to have nothing else.

There is great power in being soft, polite, gentle and kind.
In being considerate of other people and prioritizing their well being.
In considering other people’s comfort, happiness, hopes, feelings, and psychological sense of safety.

Imagine a whole country, following this lofty code of behavior….
The truth is that the Japanese people in Japan do live by this ethical code.

We all know these things and many see the benefit in being kind and gentle, but we do not understand that we must do so to EVERYONE and ALL THE TIME.

Yes, all the time, not just when we feel like being kind hearted, but also when we feel grumpy, hungry, tired, unhappy or impatient.

This is because it creates an environment around us that is soft, loving, kind and harmonious.

Being soft, kind and considerate of others does not mean doing things that you do not wish to do or believe to be not good for you.

It does not mean doing things to please others that might be harmful to your own well being.

One must learn to refuse with kindness as well.
To say NO without being rude, or feeling indignant or offended.

You will find it easy to be kind towards those who are kind also.
They never grab nor take, but stand in an inner space of fullness.

The trick is to also be kind to those who are not kind, and to do so simply because it is an extension of who you are, regardless of the person standing in front of you.

Being flexible and soft, you are truly powerful and in the flow of life.
Lao Tse said it best in the Tao Te Ching:

I am adding photos of the full moon over the Hokianga and from the Kerikeri Christmas Street Parade.

Wishing you all a belated Thanksgiving!
I hope you remembered to give thanks for the countless blessings in your life.

To read the article about the 10¥ coin in the post office:
http://www.japantimes.co.jp/community/2015/10/25/our-lives/little-things-like-¥10-remind-im-still/#.Vl4VxXrXerU

← The Way Of The Artist – Lessons From Gardening And Thoughts About Perfection
You are a unique light unto the world! →