Happy New Year, May All Your Dreams Come True! 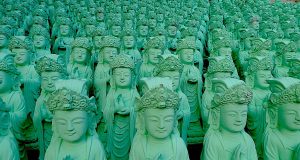 It is a common way that we bless one another, when we celebrate the New Year.
We wish each other that our dreams will come true.

But…. Is it a blessing to have your earthly dreams come true?

We are back in NZ now, and I have been spending the day in my studio, painting and reflecting on this concept.

From lessons I have learnt from my own life’s experience, I could conclude that the part of us that does the “dreaming,” is often not aware of our highest good.

It comes from a part of our minds that is filled with images, scripts and pictures, most of them NOT well formed nor deeply examined.

Allow me to explain…
I want to take you to an island in Thailand.
It is called Koh Samui.

Narrow down the imaginary lens to a beautiful boutique hotel, owned by an English couple.

She is a young mother, stunningly beautiful with a perfect figure, lovely hair, a sand-colored fitted summer dress and very posh mannerisms.

He is a more earthy guy.
A guy who walks with the gait of a self-made man….a man who has made a small fortune in this life… An entrepreneur…. He knows how to get things done and he takes no nonsense from anyone.

The beautiful and luxurious boutique hotel is their DREAM come true….

They left grey and drizzly London, left behind the noise and the crowds, to build a luxurious small hotel on a beautiful island in Thailand.

They dreamt that they would change the scenery for something more REAL….leave behind the rat race…. The fake social scene….. Instead they will play in the sea, attract an international loyal clientele, decorate the place with their impeccable taste….
They hoped to do it on the cheap….. Use their creativity and talents, not so much their hard earned cash….

Besides, they could be living the dream…. Build themselves a dream home adjacent to the hotel so they can enjoy some privacy…. Have Thai chefs cook their food for them, maids that clean their home…. Heaven!

Fast forward four years into the process.
The hotel is fully built.
It is beautiful and stylish, emanating a relaxed island feel.

They also have attracted a global clientele, although most visitors tend to be stressful business people who come from the USA or from London, escaping the crowds and the noise.

They have lowered the prices of their rooms, since they do not have a beachfront, and in an island that is littered with accommodation choices, competition for the tourists’ money is fierce.

The lack of a beachfront is also one of the reasons they have not been to the sea for many months now….or so they tell themselves.

You’d think that going to the beach would be a simple thing on an island surrounded with water….., but the good swimming beaches are not nearby, the traffic is horrendous and parking is impossible, and all this just for a quick dip in the sea…. Maybe they’ll do it at the end of the high season, when there are less tourists… After all, they LIVE on Koh Samui…

They have found out by now that owning a hotel in the tropics is a battle against the elements….
There is the humidity, the sun, the rain and the relentless heat, all conspiring to break down any surface and make it brittle, moldy, yellow and stained.

There is a constant need to repaint the hotel, clean after messy guests, buy new towels and bedsheets, repair air conditioning units which never get to rest, clean and maintain the indoor and outdoor furniture…. So much upkeep.

Well, you might imagine that the constant need for workers would be an easy thing in a country where labor is so plentiful and so cheap….

But they have found out that even this is not so true…
It is not easy to find skilled, loyal, honest, kind and devoted employees.

No problem, you can take good people and train them, right?
But when the salaries are low, people do not tend to care as much about their jobs, and like everywhere else in the world, there is a high turnover of employees.

Even when you DO pay good salaries, people tend to move back to their villages, get pregnant, get married, get sick, etc….

One morning, we lingered late at breakfast discussing our plans for the day.
Breakfast was already over and every other guest was lounging at the pool or out and about.

The English owner walked into the small dining room to get his late breakfast, hoping for some food… Maybe some eggs, bacon and toast….maybe something would be left for him to eat…

To his amazement, the breakfast buffet was fully stocked with freshly made food.

I could see the look of shock on his face, the disappointment, and the accumulated stress of endless daily mistakes and demands, just like these…
And I could read his thoughts….

He first attempted to control his anger and to explain to the four breakfast “managers in attendance” and to the chef, that they need to STOP making food and STOP restocking the trays, after everyone had already finished eating…

For whom did they make all this food?
Everyone had already eaten… and now everything would have to be thrown away… What a waste…

The stress of dealing with constant mistakes and his overworked days, seemed to bubble up from inside him….

He did not… Could not have imagined when he first came to Samui, that people could be so lacking in common sense…must he explain EVERYTHING….
Everything and ALL the time?

I sat there, listening to him, truly feeling for him… Feeling for his sweet overworked wife… For the two of them…

Did they think that taking their early retirement’s money and investing it in a hotel on a “paradise island” would be a good idea?….

Did she realize that she would need to attend to demanding guests day in and day out?

Did he ever imagine in his wildest scenarios, that making his” dreams” come true would include blowing up at a bunch of Thai girls who now gazed at him with a vacant look, promising to never do it again?….

From my own life’s experience, I can tell you that MANY dreams are not worth going after.

How does the famous saying go?…
“Be careful what you wish for, because you just might get it…”

It is true…..and even truer for people who know how to move and shake things, how to get things done on this material earth…

For those of us who know how to take a dream or an idea and make it into a reality, it is an easy thing….
Only later do we find out that MANY of our dreams are simply not worth pursuing…

So…. For this coming year, I will not wish you that ALL your dream come true…. Only the most worthy ones!

May you know much JOY and PEACE, as you go about celebrating your life on earth!