Searching For Sugar Man- The True Story Of Rodriguez 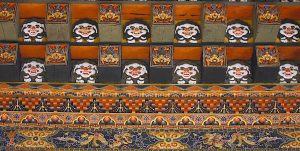 Occasionally we come upon a true story that is absolutely worth retelling.

An Oscar-winning documentary called “Searching For Sugar Man” details the story of two South African hardcore music fans who go on a search to find their musical idol Rodriguez.

Rodriguez is a Detroit-born musician of Mexican descent, who started writing songs and performing his music in smoky underground pubs around Detroit, Michigan, in the late 1960’s.

Even though his music was soulful and rich in poetic imagery, he never was able to gain much popularity in America.

A record label made two LP albums of his music which did not sell well in the USA.

But…. across the ocean in South Africa, Rodriguez’s music was becoming legendary.

South African apartheid policy was wreaking havoc in the land in which people were divided by skin colors.

Repression, martial law, night curfews, and corrupt politicians were making life miserable for all people, and Rodriguez’s music, which gently spoke about anti- establishment thinking and breaking social barriers, was quickly becoming the sound track to the South Africans’ lives.

Much information was available in South Africa about all the other famous musicians of that time, like the Beatles, Elvis, Bob Dylan, etc, but the life of Rodriguez was clouded in mystery.

Contradictory stories were circulating about his death.
Some said his lack of popularity caused him to set himself on fire at the end of a bad concert, others said that he performed his last concert in a small venue to an unappreciative audience, and that at the end of the concert while people were leaving, he took out a gun from his old guitar case, and blew his own brains out on the stage.

The two South African fans had not known one another at that time, nor had they known that the other also felt called to find out more about Rodriguez.

One of them set up a website named “The Great Rodriguez Hunt,” hoping to collect information about the obscure singer-songwriter.

Through analyzing every word in his songs, the other South African music fan was able to discover a few facts about Rodriguez, including the name of a music producer from Detroit who knew Rodriguez.
He called the music producer and, after a long conversation, asked for a bit more clarity about how Rodriguez had died.

There was a pause and some silence on the other line….
After that, the music producer said: “What do you mean, died? Rodriguez has not died, he is alive, still living in Detroit.”

At the same time the other South African music fan got a response on his website from a woman who identified herself as Rodriguez’s daughter, who was very surprised to hear that anyone was interested in her father.

Thus the documentary details the amazing split life of Sixto Rodriguez.
On one hand, across continents, Rodriguez was a best selling musicians with endless popularity, while Rodriguez in flesh and blood, was living an anonymous, hard life in Detroit, working in construction, doing menial low paying jobs that nobody else wanted to do, his dream of becoming a musician having long ago crashed on the hard rocks of a harsher reality.

The story of Rodriguez, who was cheated out of the royalties from his best selling albums for many years, has a happy ending.

South Africa has been cheering for its beloved lost star, and since then, Rodriguez has performed there several sold-out concerts to an astounded audience, who roared with joy to finally see its long-lost hero.

Later, it was discovered that in the vast land of Australia, Rodriguez’s music has also been kept alive all these years, and he has performed there as well to appreciative crowds.

I enjoyed watching this documentary and its extra material about the process of making the film.
First-time Swedish filmmaker Malik Bendjelloul worked for years with no pay and no prospects, hoping and struggling to bring this amazing story to film.

But I did not agree with the conclusion that most people have drawn from the story of Rodriguez.

Most people have said that the story of Rodriguez is about never giving up on your dreams.
This is not what I took from the movie at all….

Rodriguez DID give up on his dream.

In an interview in the movie, he said that of course he would have wanted to continue to be a musician, but sometimes you have to wake up to reality, and see that your music did not sell, and admit that nobody was interested in your music….

The artist within me was in tears, totally identifying with how hard it is to get the world to like you…..to appreciate your art and be willing to collect it.
The world seems so disinterested…. and people seem to blindly follow trends of popularity…… So few have a keen eye for what is soulful, and why oh why does our society reward and have so much tolerance for shameless, ruthless self-promoters….

Rodriguez did give up on his dreams, and he went to work in construction.
He did not try to become a big builder or a business owner, but instead worked as a daily hired hand.
He did it with gentleness and style, at times wearing a tuxedo to do renovation work or while removing rubble.
The artist within him always stayed alive, but he did give up on trying to bring his music to a world which seemed so disinterested.

So what was the lesson that I took from this eye-watering true story?

To me, it was about the story of our lives.
The way most of us… No, ALL OF US! walk on this earth.

We are ALL powerful Beings…
Powerful Spiritual Beings,
Giants in disguise,
Children of an all powerful God,
Beings so magnificent and so holy, who simply do not know and do not remember who we really are.

Like Rodriguez, we walk the earth, doing small jobs with little pay, drifting in loneliness, disempowered, at the mercy of circumstances or vicious illnesses that seem to strike us at random…. Not knowing who we REALLY are, and how we shape our realities.

We do not know that we are IMMORTALS…….Beings of Love and Light,….. and instead we drift, believing that we live within a body, allowing old age to make our HOLY minds decrepit and to deform our fluid spiritual bodies.

But….We are all like Rodriguez….
One day we will awaken, one by one, to realize our own God given heritage.
We are not forgotten… Even if we totally forgot who we really are.

Go watch the movie or rent it, it will move you.