Lachen and the beautiful Choupta Valley in North Sikkim, India 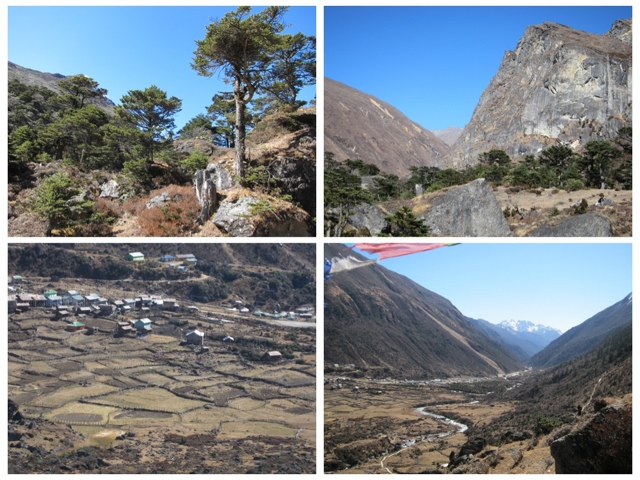 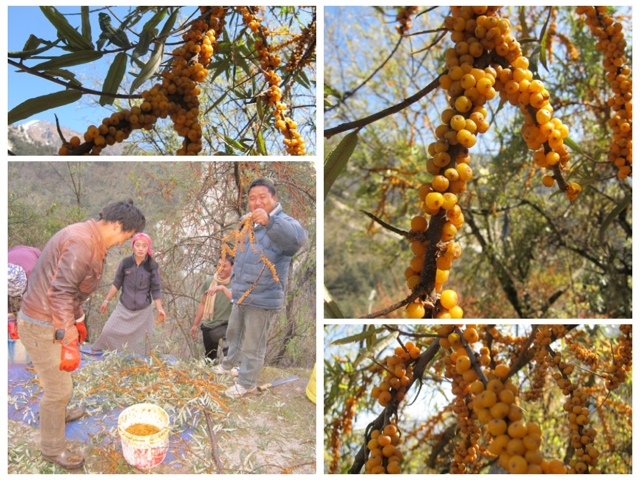 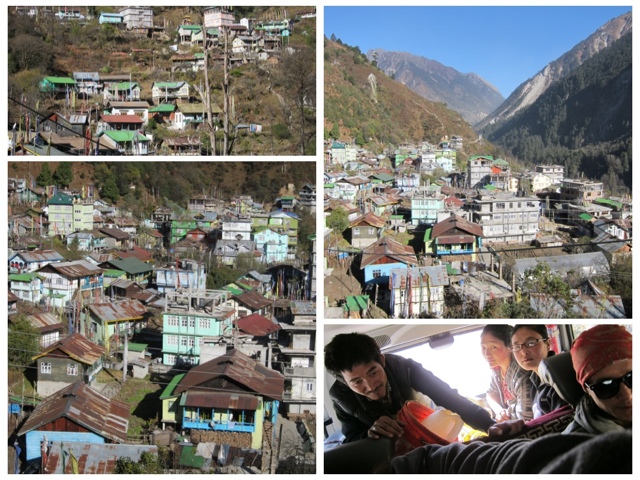 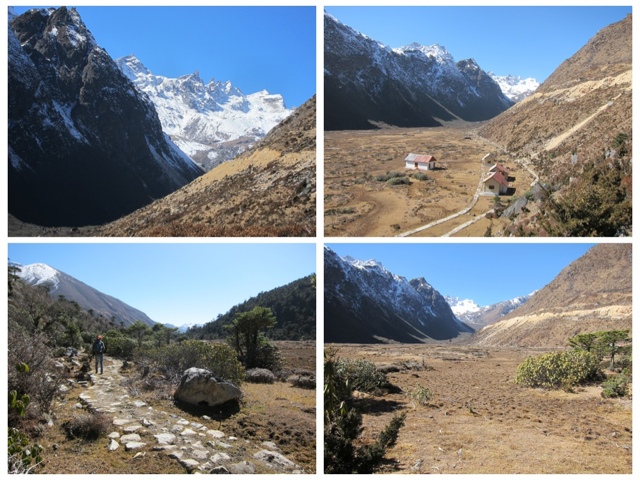 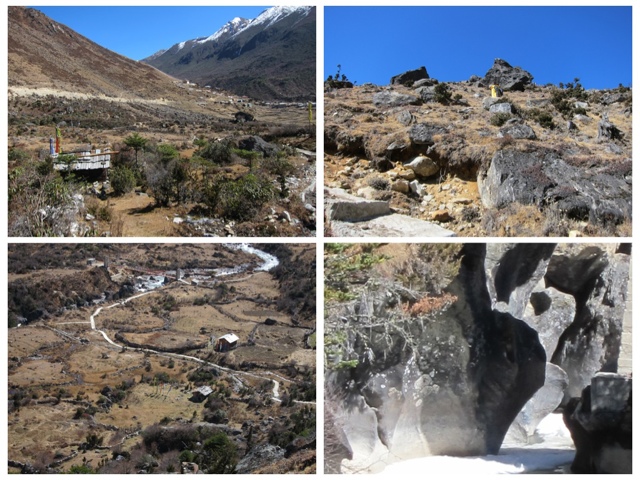 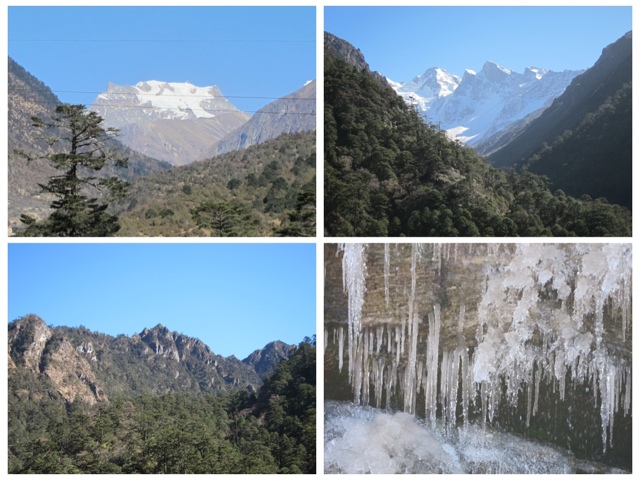 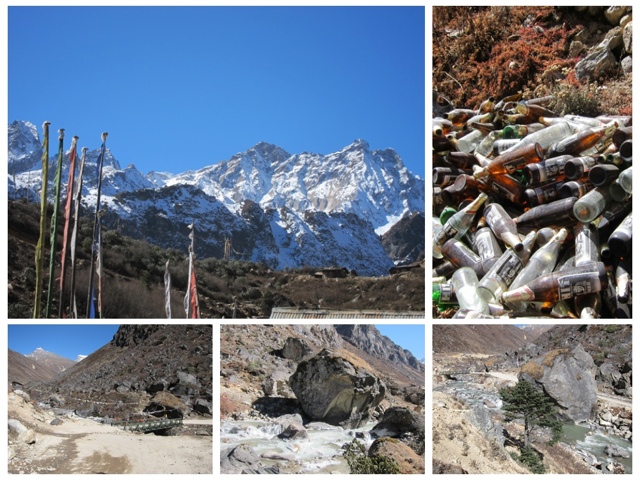 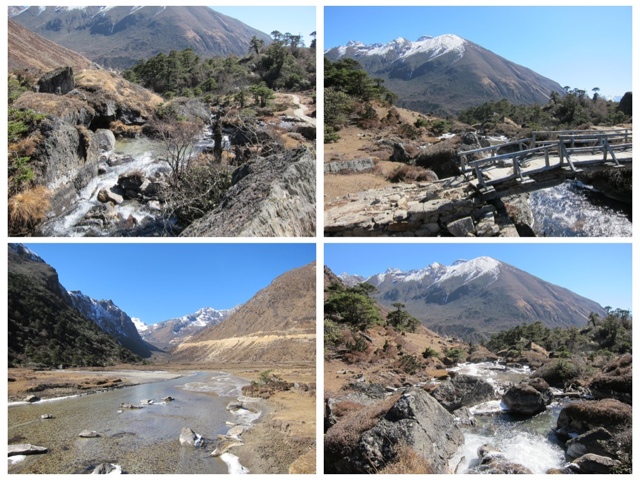 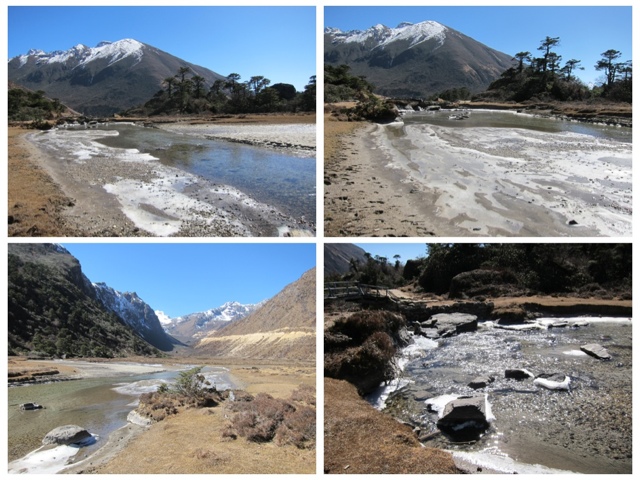 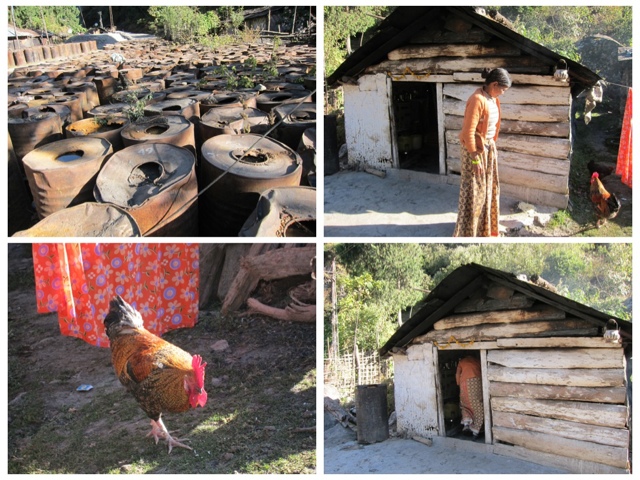 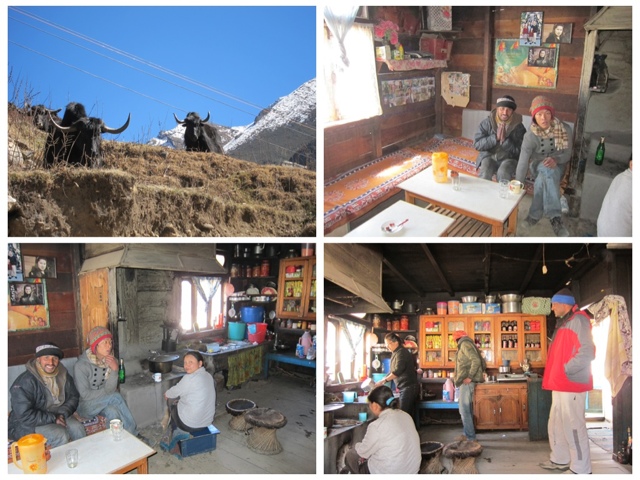 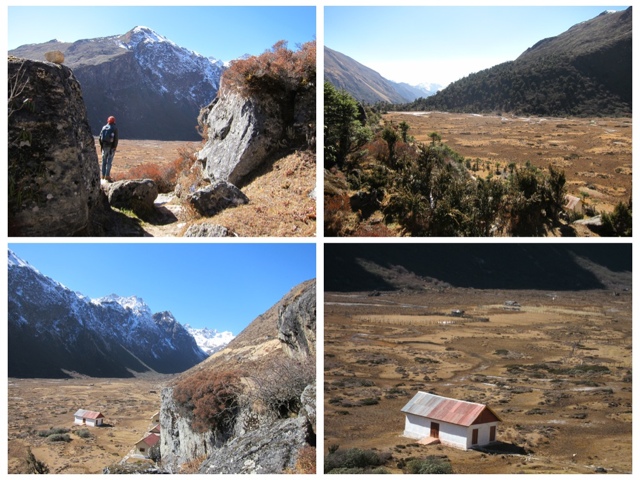 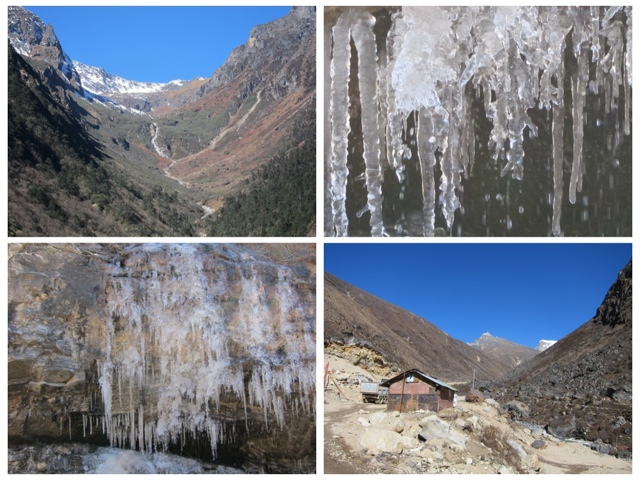 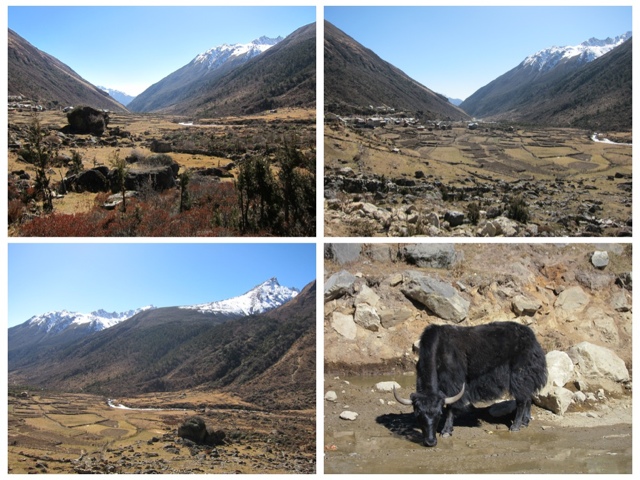 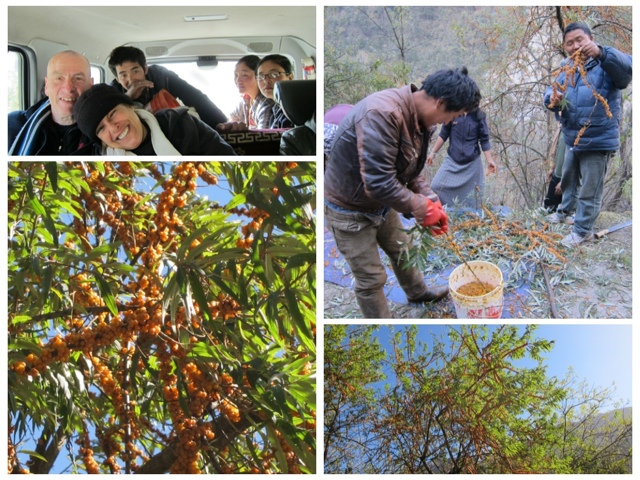 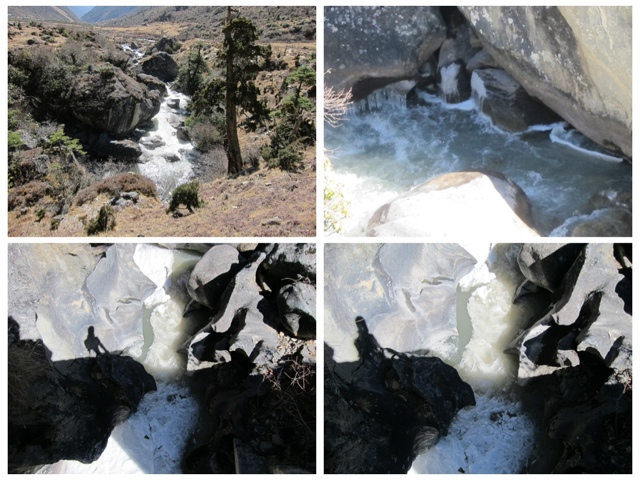 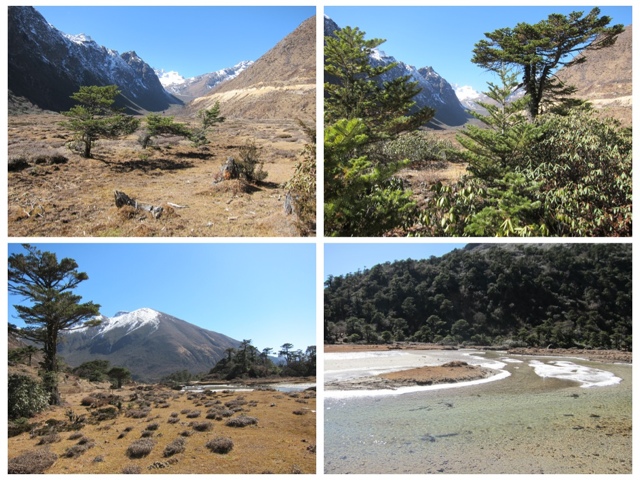 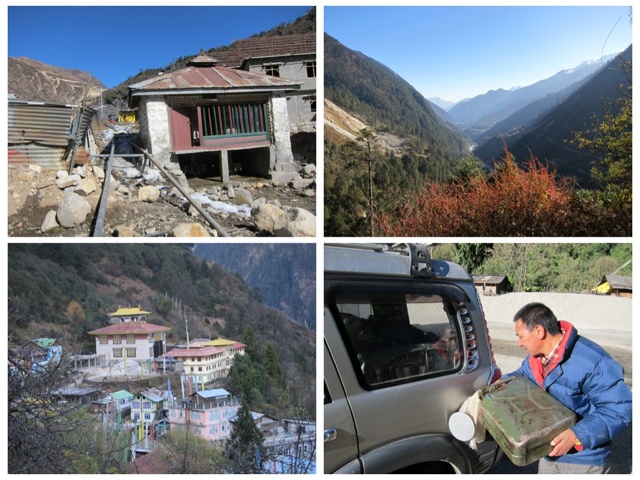 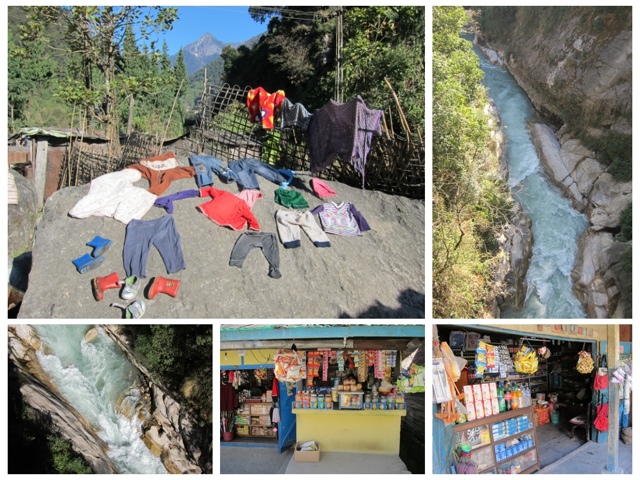 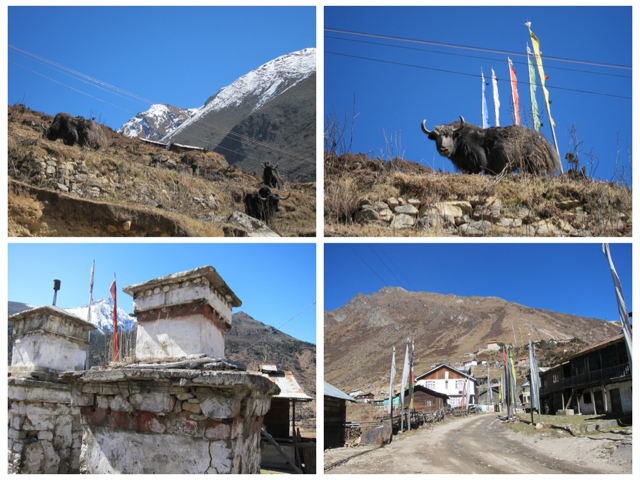 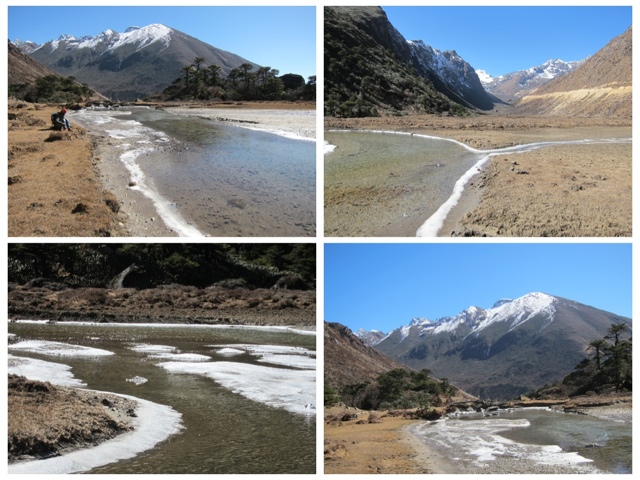 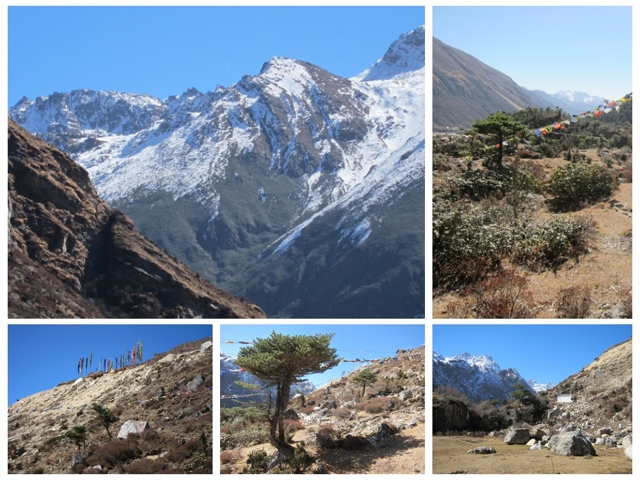 We had breakfast in the cold dining room of our guesthouse.
The whole place is built using stone from the local mountains.
It has a charming look, and I am sure that in the summers it is cool and pleasant, but in the winter it is cold, drafty and unheated.
The warm smiles of the curly-haired waiter and some music warmed the atmosphere of the dining room instead.

From Lachen we drove north to see the Choupta valley.

The narrow mountain road was washed out in many places, and an avalanche of stones had come down along with the whole mountain side, making the narrow dirt road even narrower.

It was obvious that maintaining this road, that spirals up and down the mountains, is a major undertaking that constantly needs to be redone.

The road had funny road signs reminding drivers to take the turns very slowly.
One funny sign simply said: “Do not gossip, let him drive!”

Along the way, we gave a ride to three local young people, two ladies with large yellow plastic buckets and a young man holding his own large plastic bucket.

They were on their way to pick tiny little tree-berries that are called Tarubo.
These orange-colored berries grow in great abundance on the branches of a certain tree.
The berries have a very tart taste, but they are valued for the juice that they produce, which is believed to have healing properties.

Along the road we saw many villagers who came to pick those tree berries.
The local government buys the berries from the locals.

The locals told us that the Government pays a good price for those berries and that the juice sells for “a lot of money” at 150 Rupees per liter. ($3)

When we reached Choupta valley, we went for a hike in this stunning high plateau.

Our guide Sudesh did not join us on the hike, because he was affected by the altitude of over 15,500 feet. (4700 meters)

We wore our warm coats, gloves, scarves and hats, and went for a long walk that meandered through the plateau.

The sun was shining and the air was clear and crisp.
The plateau was so beautiful, that I felt alive and happy.
Soon, as the day warmed, we stripped down to our shirts.

The path crossed a beautiful river and a grassy area in which yaks grazed.
Yak herders come here during the warm season, and stay in simple wooden cabins which were now empty.

The views were breathtaking, and the high mountaintops surrounding this valley were covered in snow.
It is getting colder now, and small waterfalls were already frozen, creating shapes that look like diamond and glass sculptures.

Tashi, our local guide, told us that water runs down from nearby Gurudongma Lake, and on the other side from a nearby glacier which is the largest glacier in northern Sikkim.

Tashi said that he had guided an expedition of scientists who had gotten special permission to hike and explore that glacier, which otherwise is off limits to all people.
Only army personnel are allowed in that region.
In order for us to hike in the area we were in, Tashi had to fill out multiple copies of paperwork and to show it at every checkpoint along the way.

I have to add that at all the army bases and at every checkpoint, we encountered nothing but smiles and courtesy.
Drivers of army trucks waved to us, and even a long row of tanks that we waited to pass by us on a narrow road, waved to us warmly as they passed.

We ended our beautiful hike at the Thangu village.
In one of the small wooden huts, we had tea with cookies and a bowl of ramen noodles.

The friendly locals who sat in the cafe, spoke in a language that Sudesh did not understand.
Sudesh speaks more than seven languages, including Nepalese, Hindi, English, Gujarat, Bengali, and a few others, but this was a local language that was called Lachenpa, which is only spoken in this region.

We did not see any gas stations in this area.
Our driver stopped by the side of a shack in a small village, and asked something in the local language.
All I could hear was the word “diesel.”
The lady who lived there nodded her head “yes.”
She brought out a metal can filled with diesel, which our driver poured into the petrol tank of our Jeep, via a makeshift funnel.

We headed back to the village of Lachen, where we stayed another freezing night at the Apple Orchard Resort.

The word “Resort” is a bit ambitious for a small stone guest house like this, that offers only basic accommodation, but it is often used in rural places to make them sound more appealing.

That night I questioned myself again and again…. what makes us go to cold remote places with little comfort or physical delights…… Just to see another part of the world which we had not seen before….

Why are we not spending our time in comfort and luxury, where we can take a good shower AND shampoo?….perhaps even have enough hot water to use a conditioner and not run out of water?….

This long trip is coming to an end soon.
We have about one more week before we head back home.
The memory of my steam-shower at home in Colorado and our comfortable sofa, feels like a faded reality that may or may not be true….

Jules and I made a promise to ourselves that on our next trip, we will prioritize more sensual pleasures and not only roam the world in search of spiritual growth and insights….

As I was sitting in bed writing this, the hotel’s generator failed and stayed off for the whole night, leaving us in a very cold room.

I pulled down my warm hat in bed…. it has been a long time since I got to see myself in the mirror, had a good shower, or ate food that I love.

But despite my doubts, I had a fantastic time roaming the Himalayas.

I loved seeing so many gentle and kind people and every day was so full of adventures, laughter and interesting sights…

I know that in no time, all the inconveniences, along with the cold of the last few nights, will simply fade away…..and all that will be left will be the wonderful experiences and the amazing nature we saw, the smiles of the locals and the enthusiastic waves of the village kids as we passed them by…

← The village of Lachung and Yumthang Valley, in North Sikkim, India
Kalimpong – Learning more about the political situation of the Gorkhas; Visiting a Catholic Mass, A Lord Krishna temple, A Kali temple and two Buddhist monasteries in Kalimpong, Gorkhaland, India →