From the Yamagata mountains to the city of Sendai, Japan 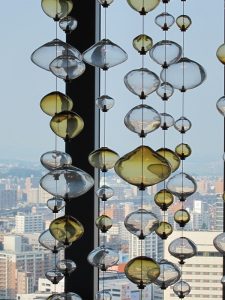 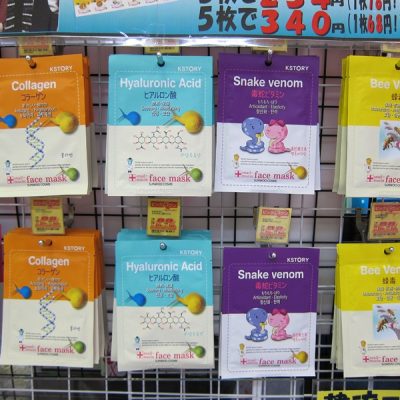 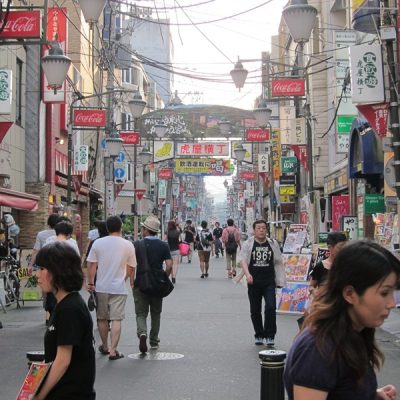 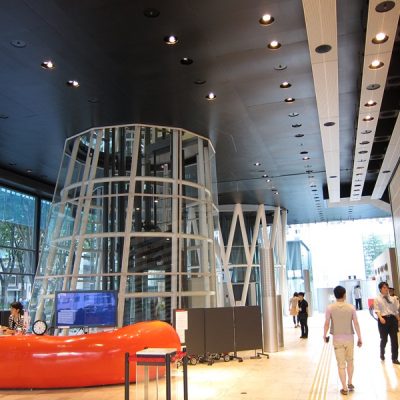 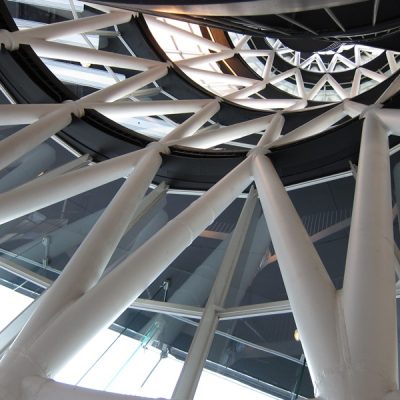 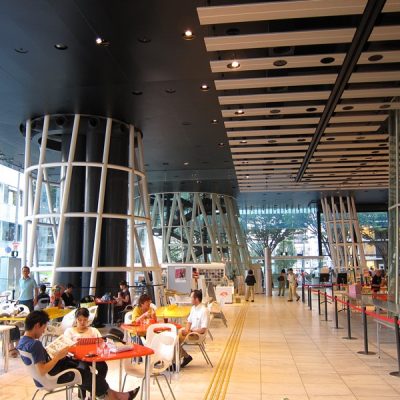 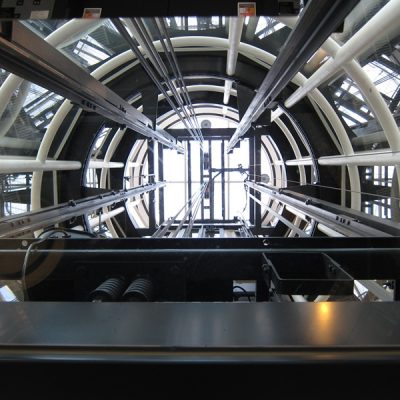 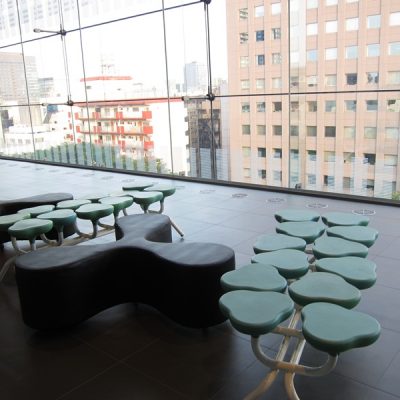 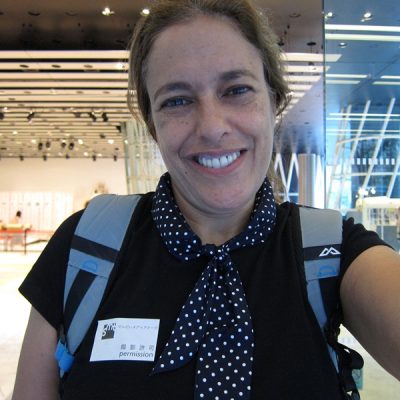 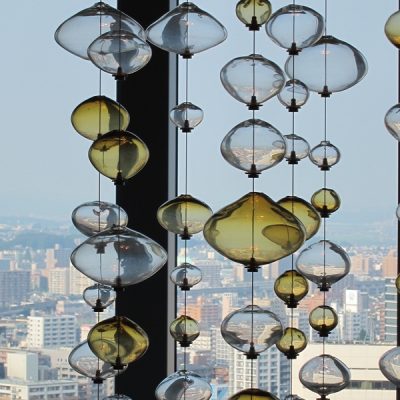 Our train schedule from Tsuruoka city to Sendai involved taking five local trains and it felt like too much schlepping for us.
So even though we had prepaid JR passes, we purchased tickets on the direct express bus to Sendai.

The host of our guesthouse in Haguro village made for us an early breakfast of rice balls with pickles and some miso soup.

The night before his guesthouse had been filled with a hundred guests who left at two in the morning, to go to Mount Gassan for a sunrise ceremony.

The guesthouse looked a little like a hurricane had gone through it… And his wife was so tired that they asked us if it was OK with us to eat only rice balls for breakfast, so she could get some sleep and not have to get up early to make our breakfast at six thirty in the morning.

We gladly obliged to eat only Onigiris and miso soup.
We were not really in love with the cold slimy Natto and the cold supermarket bought tofu that they served in the morning, and we welcomed the opportunity to eat fresh Onigiris instead.

Before our departure, our host gave us a gift of vouchers for a fifty percent discount on our bus fare to Tsuruoka.
It was a lovely and an unexpected gesture and we thanked him warmly for it.

It was not the ten dollar discount that touched us, but the spirit of giving and generosity that we’ve continuously encountered on this whole trip.

The day before, the owner of the guest house told us that he would love to travel like we do, and to ski in Colorado, but that he has no money to do so.
He said he was a “poor man.”

To me, it was obvious that he was not a poor man…. Far from it.

He fully owned a very large and lovely guesthouse in one of the nicest streets I’ve seen, next to other beautiful guesthouses in a very special and frequently visited mountainous area…. And he seemed to be lacking nothing in material means.

But words become self-fulfilling prophecies, and those who declare that they are poor, will never TRULY have much.

For a religious devotee, it is considered to be more virtuous to be seen as poor than to rejoice and feel blessed with the abundance that you have in life.
So this devoted Shinto man has the belief that he should be seen as poor and barely covering his expenses, because if he were rich, he should give the money to the Shinto Temple.

Getting to Sendai with the express bus was comfortable and very timely.

We made our way to the Westin hotel, and stopped along the way for some tea at one of the six Starbucks coffee houses in Sendai.

Our room has great city views, a large and comfortable bed, a thick mattress and a rainforest shower, along with fluffy robes, but I have to admit that what makes a place FEEL like luxury, is NOT the size of the room, nor the bedding or the decor….
I missed the warm five star service that we had gotten in some of the Onsen Ryokans that we had visited…. as we checked into the anonymous and business like environment of the Westin hotel.

The bed with the fluffy pillows however, swallowed me into a deep sleep.
I did not mean to fall asleep…. I simply laid on it for a few moments, while Jules was catching up on his writing….
And before I knew it….. I was deeply asleep.

It may have been the many weeks of sleeping on thin futons on bamboo floors…. Or the many days of activity in the heat, or climbing mountains that we had done in the past six weeks….
Or it could have been a combo of the nice cool air conditioning with a good mattress and the high quality sheets that did it….

I woke up late in the afternoon, hungry and ready to see a little bit of Sendai.

We walked the covered streets and observed the urban culture.
It felt so strange to be in a big city again….

The streets of Sendai had many employees handing out brochures for nearby restaurants and bars, calling out discounts and offerings of stores, and the loud sound of Pachinko parlors (a kind of a slot machine Japanese casino) was absolutely deafening.

The city felt so noisy and a so unwholesome…
A lot of consumer goods were everywhere, giving the illusion that you actually NEED them for your happiness….

The wooden mountain huts and the small temples, seemed so much more wholesome than the city sardine boxes filled with clubs selling alcohol, sex, illusions and broken dreams…

The earthquake that shook this city to the core last year is now only a memory in the minds of the residents, and only a few places display photos of how the buildings looked after the quake.

Sendai is not a bad city at all… It has a great Botanical gardens, good food and good museums and ruins of an old castle, but I am afraid I was not yet ready for a city again… ANY city…

We made our way to see the unique architecture of the contemporary Mediatheque building.
I love good and inspired architecture.

The Mediatheque building was designed by Toyo Ito.

The building was conceived as a transparent glass cube through which thin floor plates float suspended on organic-looking seaweed-like white steel tubes.

The cube is intended to represent elements of an infinite, viscous information space.

The intention was to allow the glass facades to reflect on each other, and create the illusion that the building alternately dematerializes or repeats itself, creating a kind of ephemeral connection with infinite space.

This concept of no walls and no partitions, was intimately linked with the Mediatheque’s mission to be a barrier-free space, open to the public and with a media library designed not only for those who can read, but also for the visually or hearing impaired.

The building hosts a large gallery space in which we saw a lovely exhibition of photographs with stunning nature scenes.

We had to request permission to photograph the space.
We got a badge that carried just one word in English…. It said: “Permission.”

I liked having permission attached to my chest, and even after we exited the building I kept it on for a few hours….. It felt strangely nice…legit….

The gallery and the whole building felt very casual and user friendly, and it made me realize that despite the fact that it suffered major damage during the recent earthquake, this building’s design was extremely successful in achieving what it intended to be and do.

We had a nice Indian vegetarian dinner in Sendai and another stop at a Starbucks for tea, before we headed to the great shower and bed of our hotel.

Tomorrow we will visit the nearby city of Matsushima.