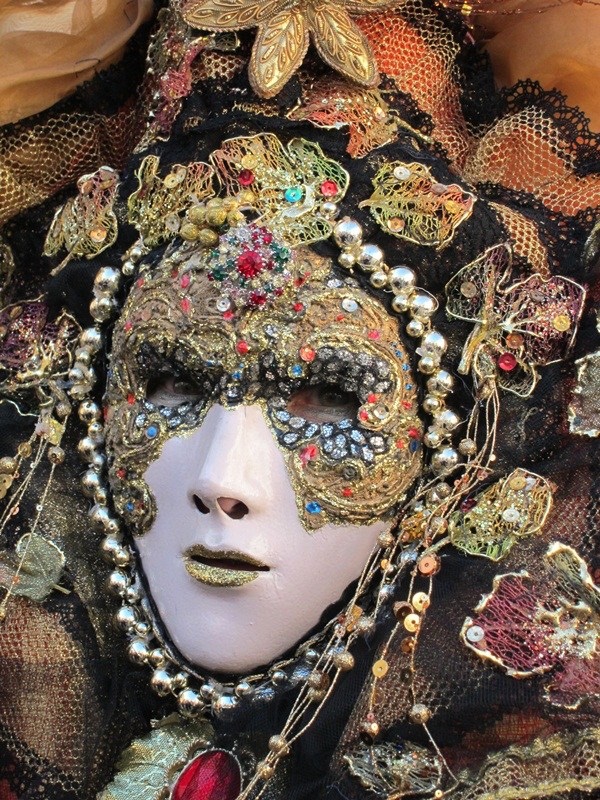 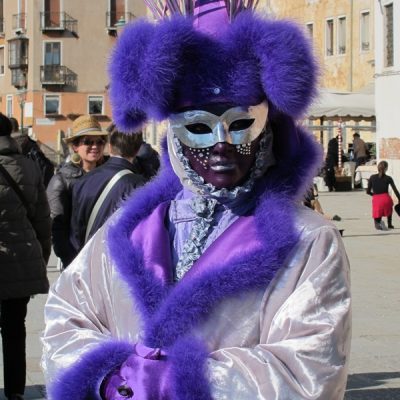 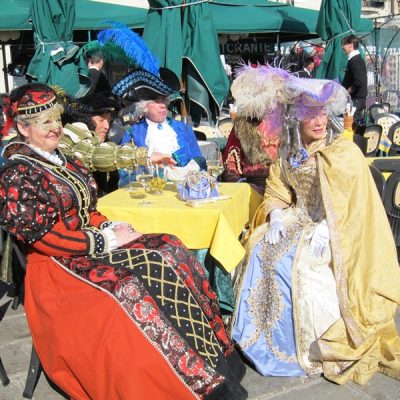 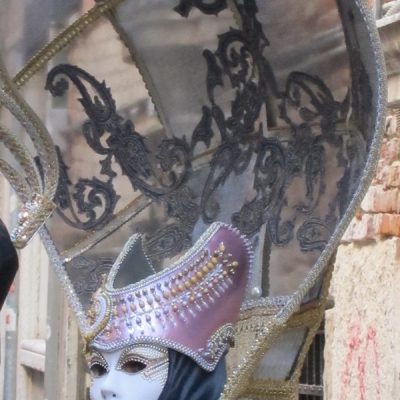 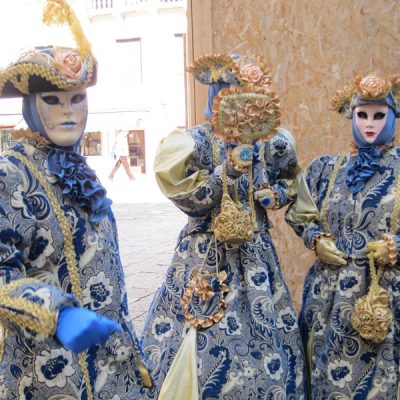 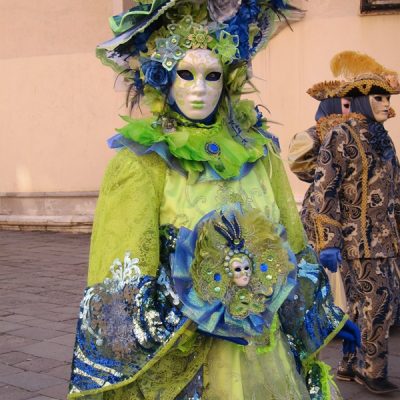 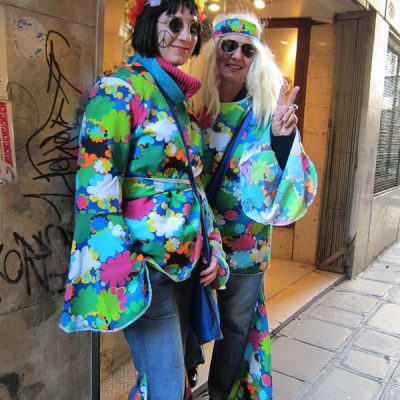 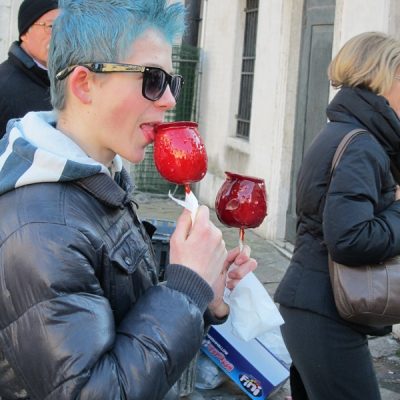 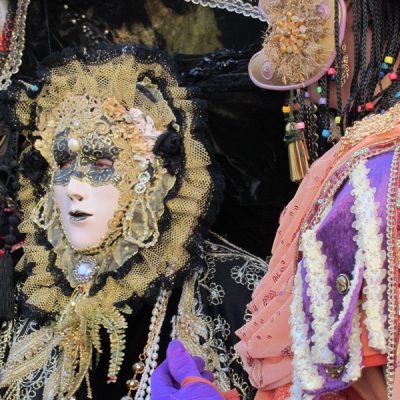 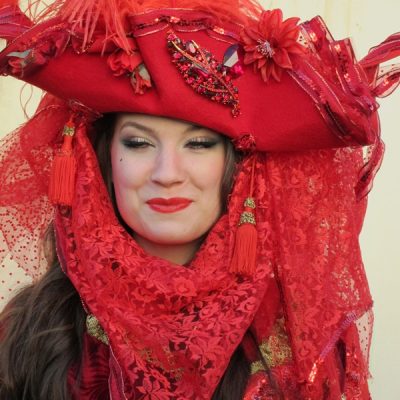 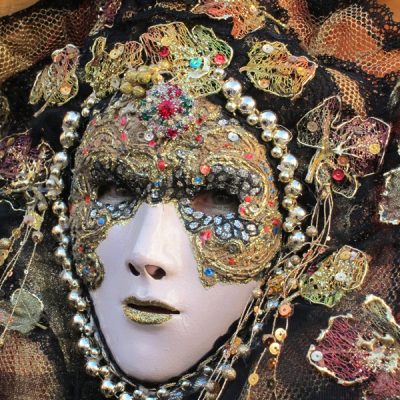 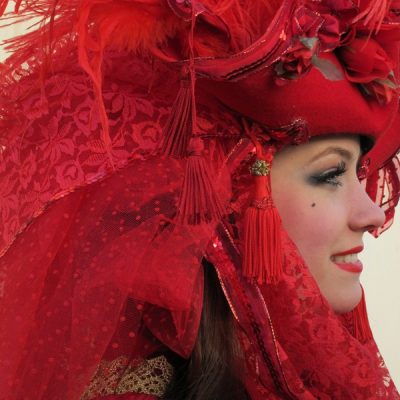 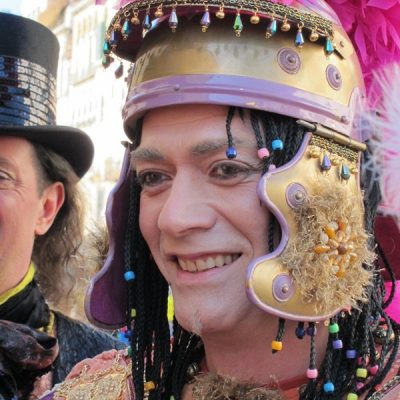 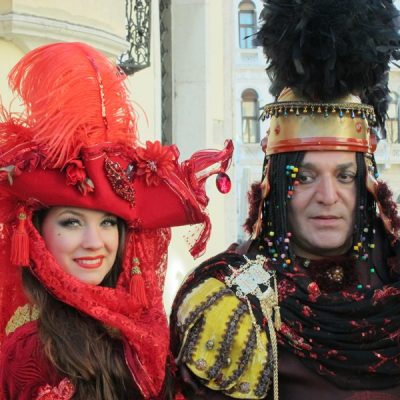 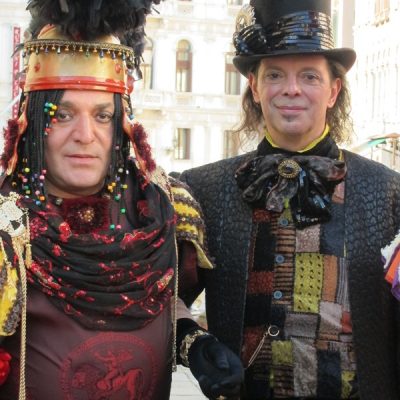 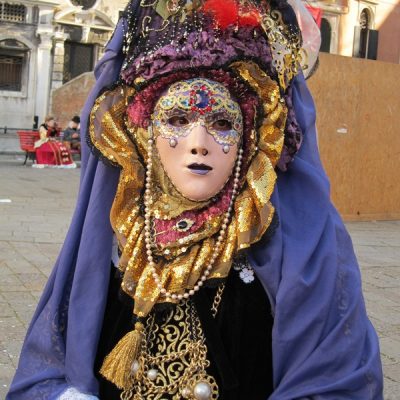 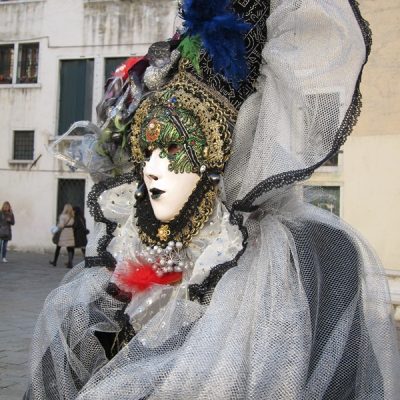 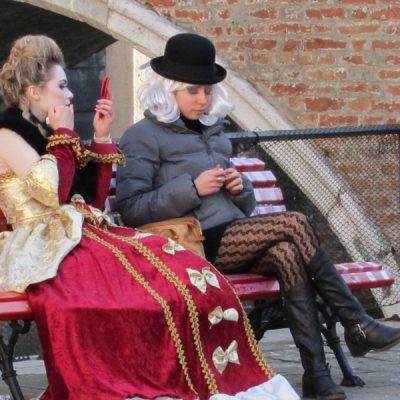 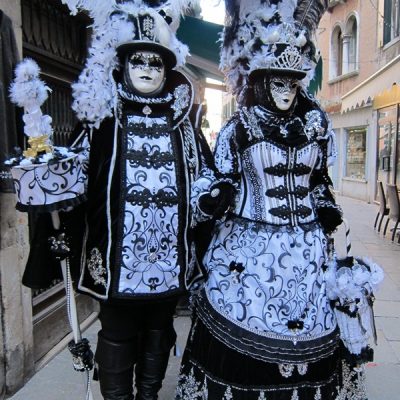 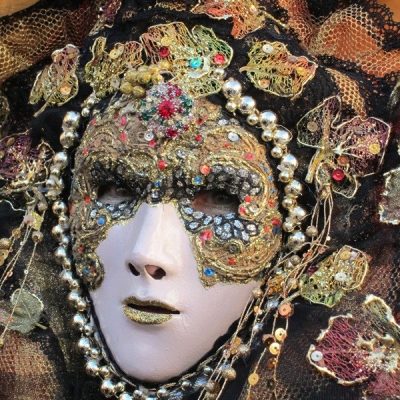 The “Republic Della Serenissima,” (the Republic of Serenity)
Was Venice’s previous name.

And the Venice Carnival started in the year 1162.
The people simply started to dance spontaneously in San Marco Square, as a celebration of their liberation.

The Carnival went on for hundreds of years,
And it become an official annual event, during the Renaissance.

After that, during the war torn industrial revolution era, it had a long absence.
The Italian government decided to renew the interest in the history and culture of Venice, and it renewed the traditional Carnival in 1979.

Masks were always central to the Venetian carnival.
In the old days, people were allowed to wear masks, between Ascension day (October 5) and Christmas.

People were ALSO allowed to wear masks, from St. Stephen’s Day, (December 26) and the carnival season (in February.)

This meant that many people spent a large portion of the year in disguise.

Maskmakers were considered true artisans, and had their own code, their own mask-making-rules and their own guild.

Venetian masks were originally made from leather, or from glass.

The original masks were rather simple in design and decoration, and they had a symbolic as well as practical function.

“Bauta,” is the main style of mask that is often worn in the Carnival.
It is a simple mask, that served mainly as a disguise.
It had no long nose, no tears, no jester-like features.
It could either cover the whole face, portraying a stubborn chin line and no mouth, or it can cover only the upper part of the face from the nose up to the forehead, thereby concealing the person’s identity, but still allowing the wearer to speak, eat and drink easily.

Concealing the person’s identity offered people an opportunity to live as equals, to move beyond class limitations and social status.

It offered lovers opportunity to spend time together in public and to dine out without being recognized, and women were able to dress as men, and to do things that they could not otherwise do, in male dominated Venice.

Masks permitted the wearer to act more freely in cases where he or she wanted to interact with other members society, outside the bounds of class, identity and everyday conventions.

It was useful for a variety of purposes, some of them were shady and criminal…..
others were just personal, such as secretive romantic encounters.

In 18th century, the Bauta Mask, had become a standardized society mask and disguise, that was regulated by the Venetian government.

It was obligatory to wear masks at certain judging, or political decision-making gatherings, when all citizens were required to be anonymous.

Only Venetian citizens were allowed to wear masks.
Visitors, travelers and immigrant workers were not allowed.

In a culture that did not have anonymous voting boxes, the role of the mask was similar to the anonymizing process invented to guarantee general, free, equal and secret voting process, in modern democracies.

Venice have known many incarnations…
At times it was the center of decadence and the only place in the Catholic states of Italy, in which people lived to extremes, gambled and live promiscuous lives.

Homosexuality was outlawed in the Catholic States of Italy in the olden days, but here in Venice, it was practiced without punishment and during carnival times, even in the open…

Rome turned a blind eye… As long as the Republic of Serenity kept on making large and generous donations….

The population of Venice enjoyed a relatively comfortable financial life, for most of its history, with plenty of work in the ship yards or in services, and plenty of fish from the surrounding waters.

We ate our last dinner in Venice in a small trattoria, which we passed on our many walks around the city.
We liked the many roasted vegetables that they displayed on trays in their front window.

The charming old waiter spoke many languages, including Japanese…
He sat us at a large table with an Italian couple, and proceeded to order our food for us… Asking us to trust him.

We sampled all the beans and roasted vegetables, which were delicious, and a plate of grilled fish.
Our waiter brought a large bottle of olive oil from the kitchen, and proceeded to pour a whole glass of olive oil on our grilled fish…. the skinny-side of me, almost fainted….But I have it admit it was delicious…

This morning when our plane took off on time from the Venice airport, it was a sunny and bright day.
From the air, I was able to see the fish-shaped island of Venice, with the island of Guidecca stretching like a prawn below it…

We bid farewell to beautiful Venezia and I offered thanks for the warmth and friendliness of the Italian people, who made it a most enjoyable trip for us…..

← The last weekend of the Venice Carnival, Italy
The Jewish Ghetto in Venice Italy →