The prophet Moses in Judaism and in Islam, and a Sufi story about Moses and the Shepherd 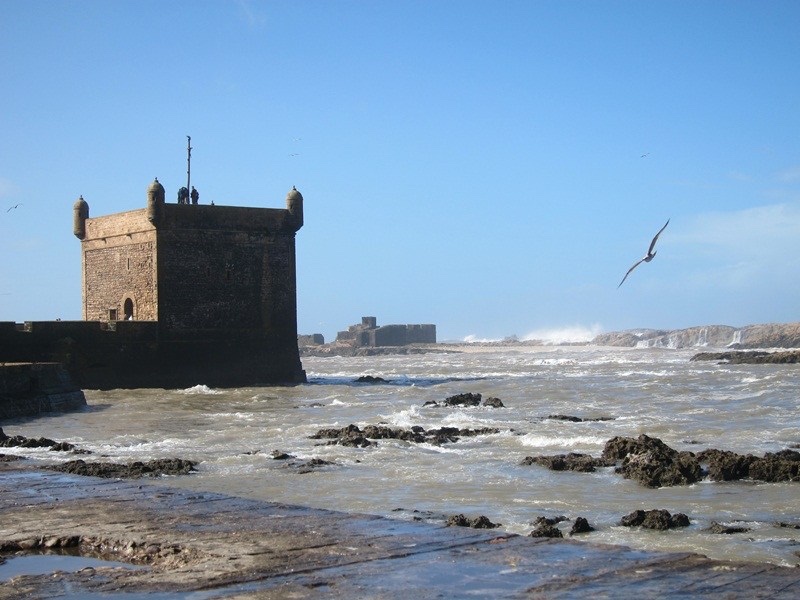 What inspired me to write and to share this information, was our trip across Morocco.

We have seen many herds of goats and sheep, being taken out into the picturesque fields by a shepherd.

In fact, it has become such a peaceful picture on our journey, that Jules jokingly told me that the life of a shepherd seems so appealing to him….
It is just you and the great outdoors… The sweet herd with the little baby goats jumping on rocks…. A flute with sweet music…. A lunch of olives and fresh bread… Falling asleep under the shade of an olive tree….. Quiet…. The wind…. Bliss….

I will only touch here about Moses in Judaism and in Islam.

There is a wealth of stories and information about Moses in the Jewish religion.

Most famous is the story of his childhood, of being born in a time of great danger, when they killed newly born male babies.
And so to save him, his mother put him in a basket and placed it on the river Nile, where he was found and adopted by an Egyptian princess who raised him as her own.

He grew up in comfort, and got a good education.
Later he had numerous spiritual experiences.

He was asked to pass on his wisdom and he heard God’s voice, asking him to help liberate the Jewish people from slavery.

He was given the ten commandments, and God used him as a channel to perform many miracles and to move the Jewish people out of Egypt and into the land of Israel.

Orthodox Jews call Moses “Our Leader Moshe” (Moshe Rabbenu,) “Servant of God” (`Eved HaShem,) and “Father of all the Prophets”.

In the Jewish Tradition, Moses not only received the Torah, but he also revealed the hidden teachings of “the Zohar” (written and oral); thus he is considered the greatest prophet.

Moses is mentioned more in the Islamic Koran than any other individual, and his life is narrated and recounted more than any other prophet.
Moses is named Musa in the Koran.

In general, Moses (Musa) is described in ways which parallel the prophet Muhammad, and many of the Koranic stories revolve around some of the main themes of Islamic theology, which teaches that we are to surrender ourselves to God…. And to trust Allah in all of our daily affairs, large and small.
Nothing happens by accident.
It is all part of the grand design… It is all Allah’s will.

Moses is defined in the Koran as both prophet (nabi) and messenger (rasul), the latter term indicating that he was one of those prophets who brought a scripture and law to his people.

An account in the Koran of meetings in heaven between Moses and Muhammad, which was said to be “one of the crucial events in Muhammad’s life,” resulted in Muslims observing 5 daily prayers.

Most of the events in Moses’ life which are narrated in the Bible, are also told in the Koran, except for the story about meeting Khidr which is described in the Koran, but is NOT found in the Bible. (Khidr shows Moses some insights into the grander knowledge of the Universe)

In Moses’ story as told by the Koran, Jochebed, Moses’ mother, was commanded by God to place Moses in an ark and to cast him on the waters of the Nile, thus abandoning him completely to God’s protection.

In the Koran, Pharaoh’s wife Asiya, not his daughter, found Moses floating on the waters of the Nile.
She convinced Pharaoh to keep him as their son because they were not blessed with any children.

There is a story told by the wonderful Sufi poet Rumi, about Moses overhearing a simple minded shepherd praying:

“Moses and the Shepherd:”

Moses heard a shepherd on the road praying:
“God, where are you?
I want to help you, to fix your shoes and to comb your hair.
I want to wash your clothes and pick the lice off your hair.
I want to bring you milk, and kiss your little hands and feet when it’s time for you to go to bed.
I want to sweep your room and keep it neat.
God, my sheep and goats are yours.
All I can say, remembering you, is ayyyy and ahhhhhhhhh.”

“Who are you talking to?” Moses could not stand it any longer.

“Don’t talk to God about shoes and socks!
And what’s this with lice and little hands and feet?
Such blasphemy to use such familiarity sounds… like you’re chatting with your uncles.

And don’t you know that only something that grows, needs milk?
Only someone with feet, needs shoes.
Not God!

Even if you meant God’s human representatives, when God said, ‘I was sick, and you did not visit me,’ then this tone would be foolish and irreverent.

Fatima is a fine name for a woman, but if you call a man Fatima, it is an insult.

The shepherd felt remorseful at this reproach.
He repented by tearing off his clothes, he sighed and wandered out into the desert.

A sudden revelation came to Moses.
He heard God’s voice: “You have separated me from one of my own.
Did you come as a Prophet to unite, or to separate?

I have given each being a separate and unique way of seeing and knowing and saying that knowledge.

What seems wrong to you is right for him.

What is poison to one, is honey to someone else.

Purity and impurity, sloth and diligence in worship, these mean NOTHING to me.

I am apart from all that.
Ways of worshipping are not to be ranked as better or worse than one another.

Hindus do Hindu things.
The Dravidian Muslims in India do what they do.

It’s all praise, and it’s all right.
It’s not me that is glorified in acts of worship.
It’s the worshippers!

I don’t hear the words they say.
I look inside at the humility.
That broken-open lowliness is the reality, NOT the language!

Forget phraseology.
I want burning, burning!
Be friends with your burning.
Burn up your thinking and your forms of expression!

Moses, those who pay attention to ways of behaving and speaking are one kind,
Lovers who burn, are another.

Don’t impose a property tax on a burned-out village.

Don’t scold the Lover.
The “wrong” way he talks, is better than a hundred “right” ways of others.

Inside the Kaaba (the cuboid-shaped building in Mecca,), it doesn’t matter which direction you point your prayer rug!

The religion of LOVE has no code or doctrine.

So the ruby has nothing engraved on it!
It doesn’t need any markings.
Only God.”

Moses realized his mistake and ran after the shepherd.

He followed the bewildered footprints that the shepherd left in the desert sand.
In one place they were moving straight, like a castle across a chessboard.
In another, sideways, like a bishop.
Now surging like a wave cresting, now sliding down like a fish, with always his feet making geomancy symbols in the sand, his wandering state.

Moses finally caught up with the Shepherd, and said to him: “I was wrong.
God has revealed to me that there are no rules for worship.

Say WHATEVER and HOWEVER your loving heart tells you to.

Your sweet blasphemy is the truest devotion.

Through you, a whole world is freed.

Loosen your tongue and don’t worry what comes out.

It’s all the light of the spirit.”

The shepherd replied, “Moses, Moses, I’ve gone beyond even that.
You applied the whip and my horse shied and jumped out of itself.

The divine nature and my human nature came together.

Bless your scolding hand and your arm.

I can’t say what has happened.
What I’m saying now is not my real condition.
It can’t be explained.”
The shepherd grew quiet.

When you look in a mirror, you see yourself, not the state of the mirror.

Whenever you speak praise or thanksgiving to God, it’s always like this dear shepherd’s simplicity.

When you eventually see through the veils to how things really are, you will keep saying again and again: “This is certainly not like we thought it was!”

← Morocco, From Tafraoute to Mirleft through Tiznit, and a bit of Sufi Poetry
Morocco, a rest day in Mirleft, and a visit to Sidi Ifni →