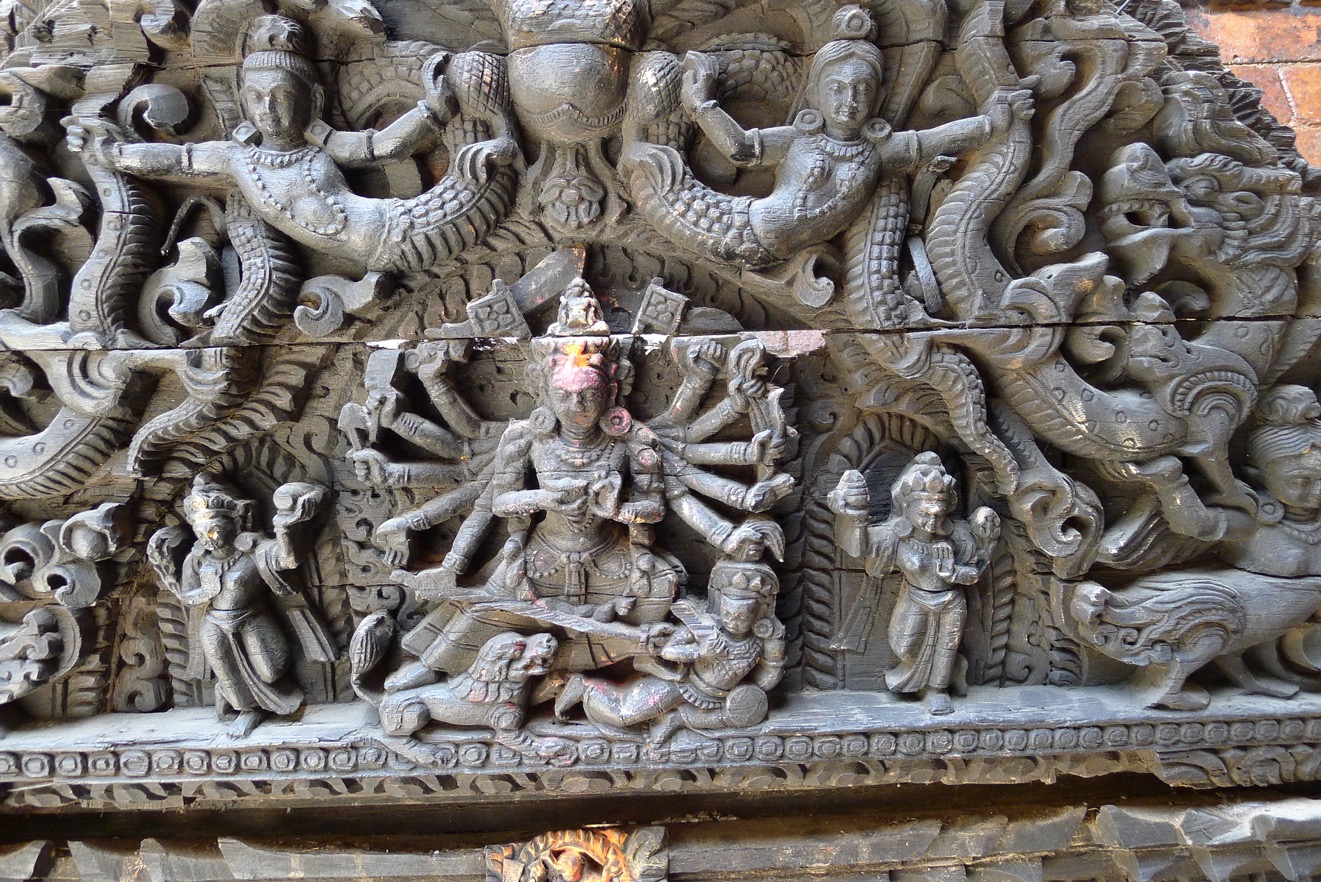 I was a little nervous about attending the ancient Nepalese animal sacrifice festival.

Our guide Ganga suggested that in order to better understand the culture, we should really attend a bi-weekly festival to see the traditional Nepalese Hindu animal sacrifice.
He added that it is NOT the BIG festival, which takes place each year in October.

He said that it is still a very holy festival and that most Hindus sacrifice an animal at lease once in their lifetime.

An animal sacrifice is believed to sanctify weddings, is done as a gratitude for a new home, a good job, or when purchasing a new car or truck.
The new owner may splash the car’s exterior with fresh animal blood, to ensure that the vehicle will not be involved in an accident.

This killing of the animal is done to please the gods, but it is also believed that the lower animal’s soul, will be released from a life of suffering, and will be reborn as a higher being, maybe even a fortunate human.

We drove through green hills to get to the temple called DAKSHINKALI.
The road was narrow and full of potholes, and many times we needed to give way to upcoming buses and overloaded trucks.

On both sides you could see the terraced rice paddies, being now planted by farmers wearing sarongs and colorful saris.

We did not know what to expect…. How big can a bi-weekly festival be after all?….

Ganga told us that in the old days, they used to sacrifice water buffalos, but now, with rising prices, nobody can afford it, and most people sacrifice a goat, a chicken or a duck.

A sacrificial chicken may cost the family $7- $15 and a goat may cost $20 – $100.
An average person in Kathmandu earns a monthly income of about 7000 Nepalese Rupees, (about $100) making an animal sacrifice a very costly affair.

Here at the Kali temple of Dakshinkali, animals are being sacrificed every Saturday and Tuesday.

The driver pulled into a muddy busy parking lot, and we made our way on foot, through a narrow road filled with vendors on both sides, selling spices, sweets, vegetables, toys, and souvenirs.
The amount of people around was astonishing.
The place was literally swarming with people, carrying their chickens and goats, flowers, candles, and rice offerings.

People traveled from afar, to attend this festival.
They arrived as early as 4:00 in the morning, and the festival will go on until 6:00 pm in the evening.

When I saw the line of people waiting to get in, I felt noxious…I really did not want to wait in a line thousands of people long….
But Ganga cleared a way of us, and we made our way down.

Since we were just there to watch, and were NOT actually participating in the sacrifice, or giving any offerings, we were allowed to bypass the long line.

The area was divided into a few sections.

There was the water purifying area, in which people washed their chickens or goats before standing on another long line, to hand them over to the butchers.

In another area, the slaughter was performed by the temple’s executioners.
There were three or four of them, and they worked like an oiled machine.

They twisted the necks of the chickens, and sliced the goat’s throats with a sharp long knife, handing the carcasses back to the people who brought them.

In another area, people rang bells and lit cancels, as a prayer for healing and good health.

In yet another area, people were cleaning the dead chickens and slicing the goats, so devotees can take the meat home to cook and eat it.

The place was well organized, but in a chaotic messy way.

Thousands of of people were barefoot, standing around holding live animals and offerings of rice, wax and flowers, while the crowd pushed and shoved as they got closer to the busy sacrificial area.

The people were walking barefoot in huge puddles of blood, and kids were running around, amid slippery dirty steps.

Some people were selling garlands of flowers, or offering to put a “tikka dot” on your forehead, made of raw rice and crimson dye.

Blood was splattered everywhere and it was hard to tell the red blood apart from the red dye, at this ancient, red-splattered temple filled with shrines and Hindu symbols.

People carried chopped off heads of goats, and held decapitated torsos of animals as they walked around casually, leaving behind a red drippings of blood.

Outside of the temple grounds, people sat and ate in tiny dingy restaurants.

Some people who live far from here, and could not carry the raw meat back home, picnicked in the surrounding forest, cooking their animals on campfires.

So how did I feel being an observer to this colorful chaotic festival?

I felt like an anthropologist.
I was there NOT to make judgements based on my own culture, values and ideas about God or morality.

I was there to love and to see the process of life, belief, ritual and ideas, held by my brothers and sisters of Nepal…..

← Kopan Monastery in Kathmandu, or, I could’ve been a nun
Things you would not see in any other parts of the world…. →